Trends come and go, but certain ones are here to stay. In this social media era when one thing can go from practically unknown to the latest thing to have – kendama, anyone? – within 24 hours because of retweets and Facebook shares, it’s too easy for new trends to surface. That also means they tend to fizzle out just as quickly, sometimes fading into oblivion so quickly we don’t even remember it happen.

With that being said, here are 12 timeless things that have lasted through the years, with some going on to become more evolved and better than ever! Keep your eyes peeled, these items are probably here to stay for at least another decade or so. 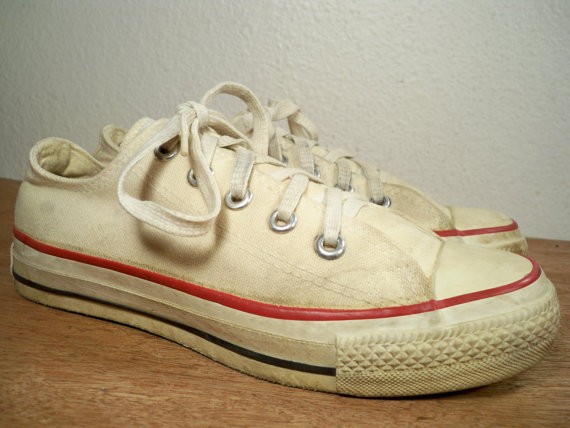 Finally graduating from school meant no footwear was ever going to grace my feet unless it was boldly coloured with a splash of loud prints and possibly a chunky heel. That was the plan, at least. 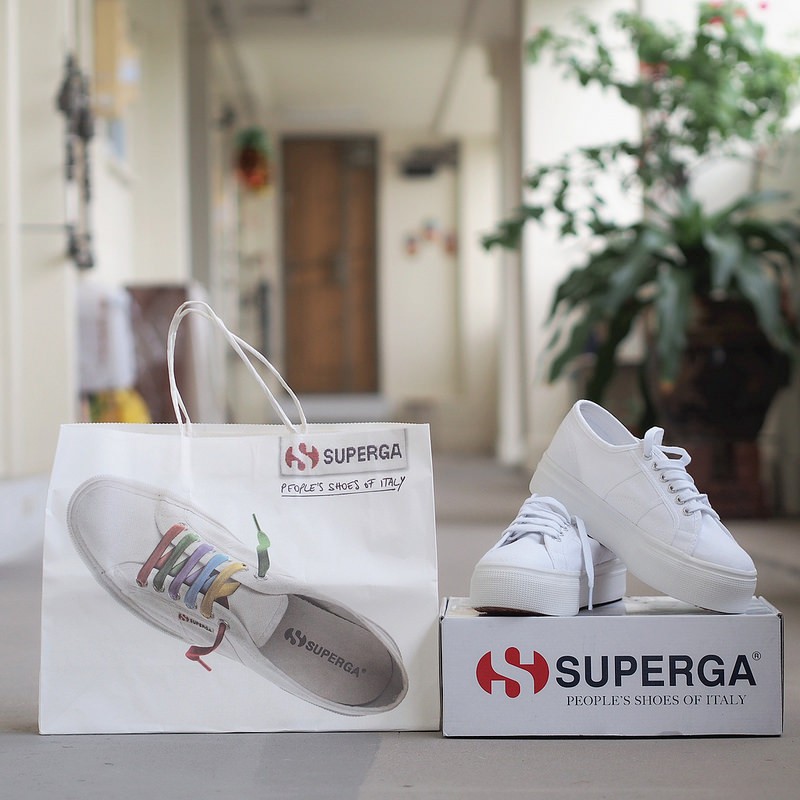 What was introduced into our lives as a strict uniform guideline soon became a classic fashion trend for the ages. North Star became the go-to Bata alternative for non-ballers who couldn’t afford Converse in secondary school. People are now forking out a good $80 for a pair of white Superga sneakers. Anything for those crisp and fresh kicks, you feel me? 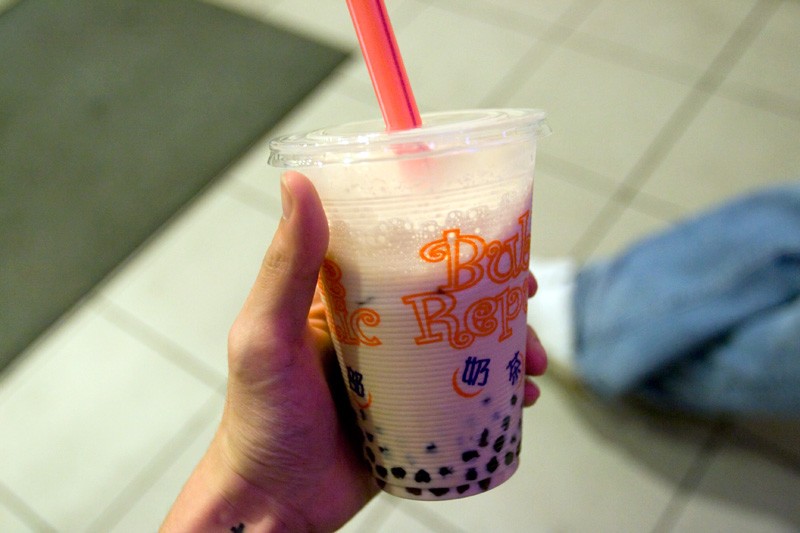 I remember the very first time I tried bubble tea as a kid, pretty sure I thought it was the sweet nectar of heaven I was sipping on. It was some 90s bubble tea chain that has since closed down, but my love for the chewy pearls and classic milk tea has been fuelled over the years by regular after school trips to Sweet Talk. 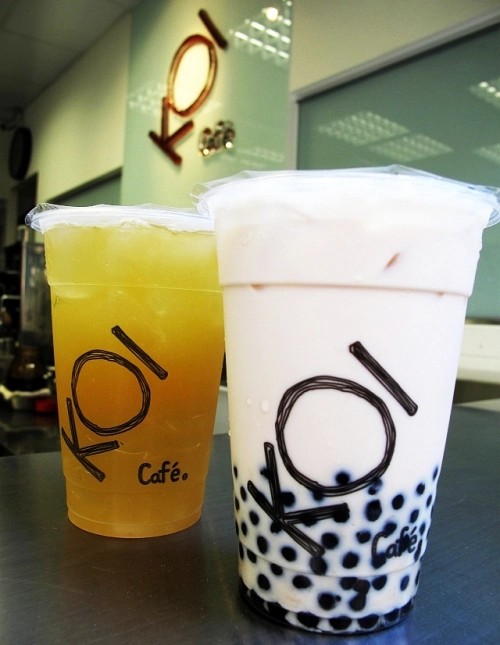 As I got older and expanding waistlines became a concern, I found out that tapioca pearls were essentially a truckload of calories with no nutritional value at all. Then came a valiant attempt to swear off the indulgent beverage, only to come crawling back to my 100% sugar level order faster than you can say, “Koi or Gong Cha?” 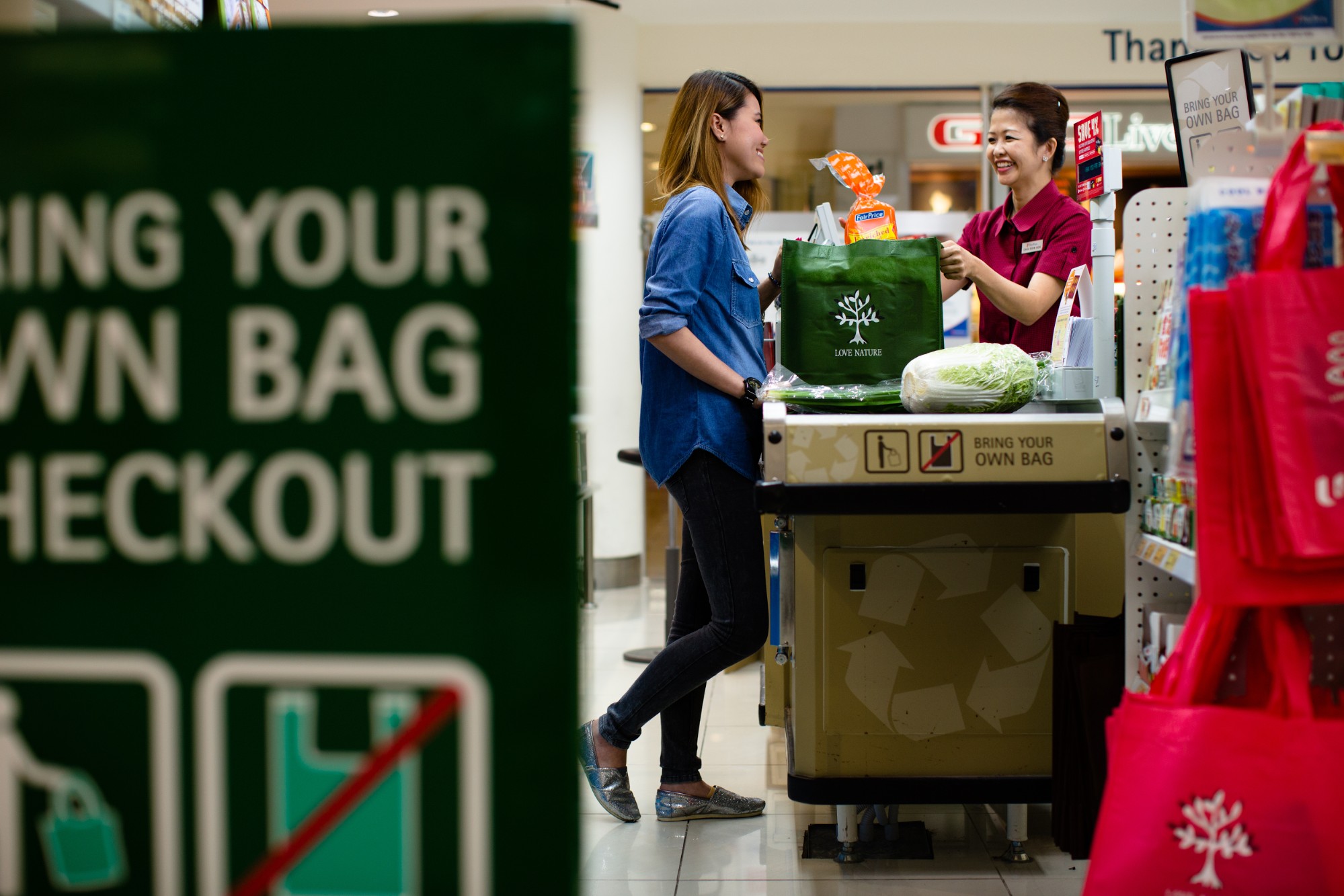 Ever since I was a tiny tot tucked into the trolley seat, I’ve witnessed my mum whipping out her trusty Plus! Card at the supermarket. With just a seemingly magical piece of plastic that we referred to as the “Link Card” in hand, she was always ready to cash in on a slew of savings. 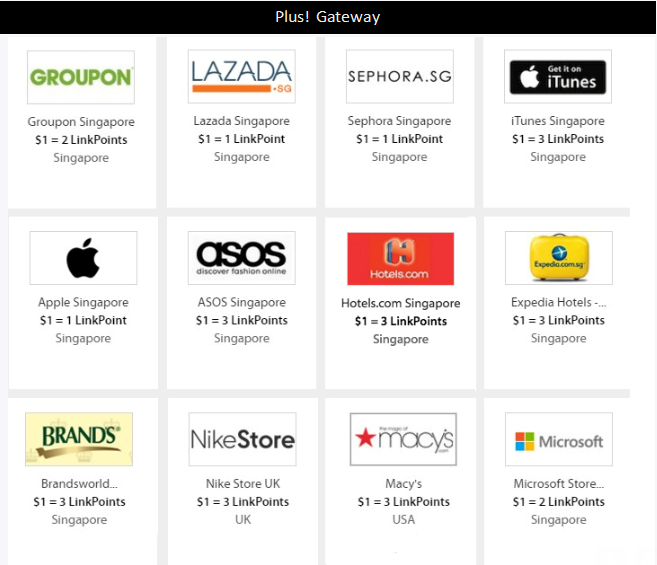 The card has always seemed like an old thing though, and I never imagined that the magical piece of plastic would bring so much joy and benefit into my life this early on. You could be planning your next staycation, vacation or stocking up your wardrobe. Expedia, ASOS and Lazada are among the hundreds of Plus! Card merchants, and that’s just the online stuff!

All your favourite brands from Zalora to the Apple Store will now come with a slew of promos and LinkPoints you can earn with each transaction. Never a better excuse to go on a shopping spree, if you ask me! 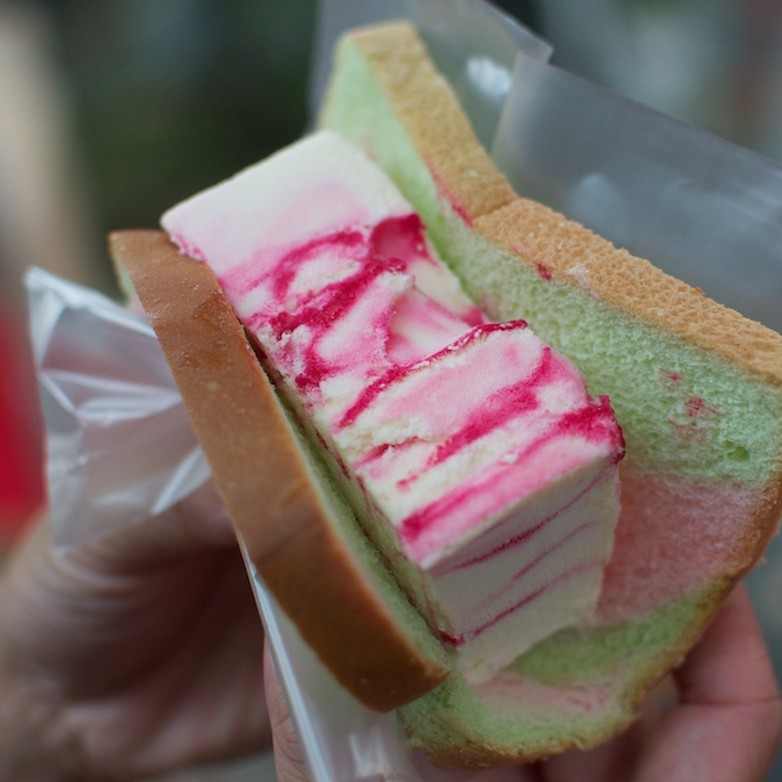 A rare and quite wondrous phenomenon lies in the sight of an uncle peddling sweet treats from the familiar ice cream cart. Whether you’re 3 or thirty, the surge of adrenaline in your veins don’t lie – the cart will always have your heart.

Sure, popsicles and scoops of artisan ice cream are nice, but nothing comes close to the original favourite of fluffy rainbow bread sandwiching a brick-like slab of your favourite flavour.

It started out with just old-school favourites like red bean, sweet corn and plain chocolate, but things have taken a hipster turn now, with nata de coco and even mocha choc-chip flavours featured on the menu. 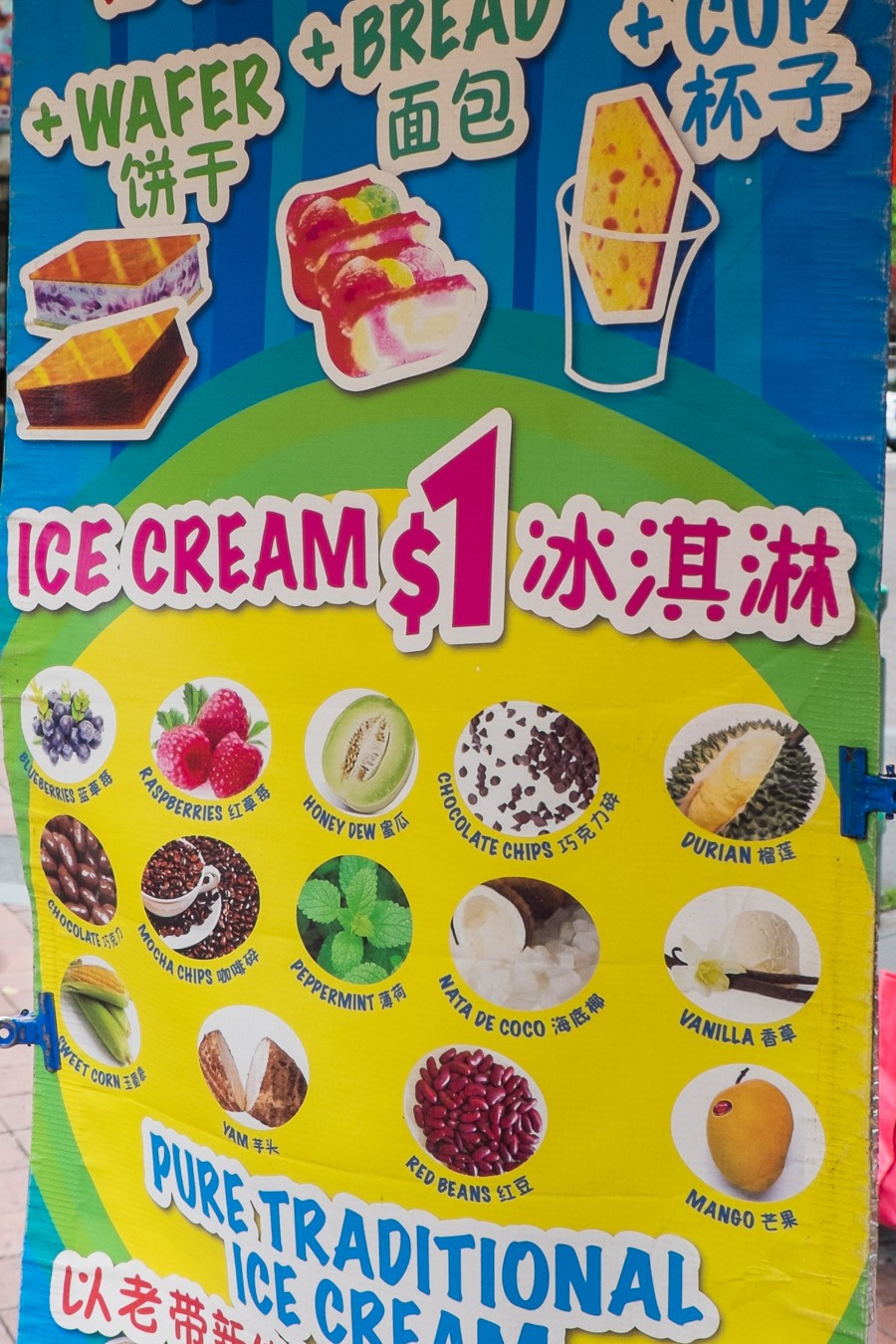 Just thinking about it fills my soul with childlike glee. I’ll take this $1 handful of goodness over fancy gelato, any day! 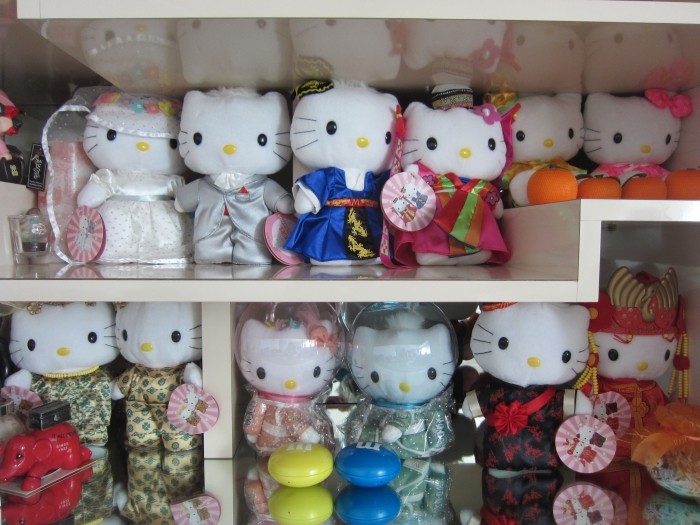 I don’t know what it is about this mouthless cat that has captured the hearts of many a generation. Hello Kitty has lead to maniacal overnight queues at McDonald’s, during which full-on brawls have been known to break out. And there are the lucky hoarders who sell their loot online for up to $126,000. No, that wasn’t a typo. Is this real life?! 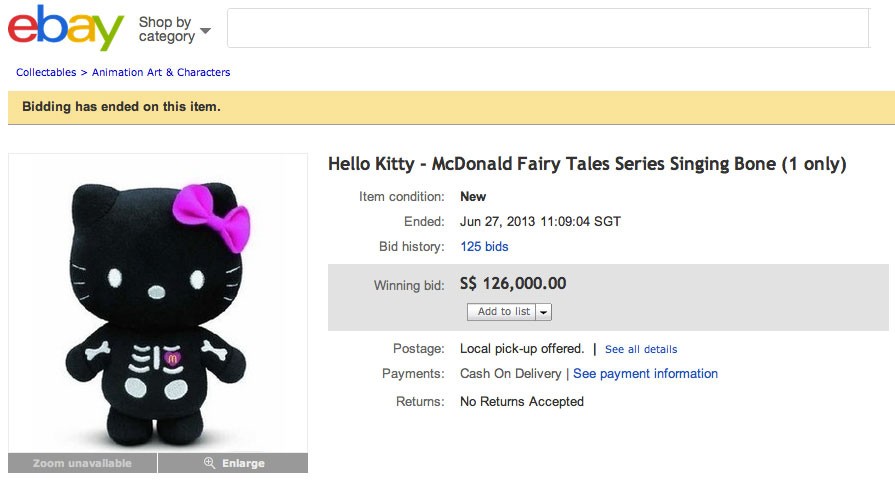 Granted, the specially themed ones are especially adorable. And I do have entire collections of Hello Kitty dolls that my parents have funded since a few years after I was born. Looks like no one can escape the power of world’s favourite feline! 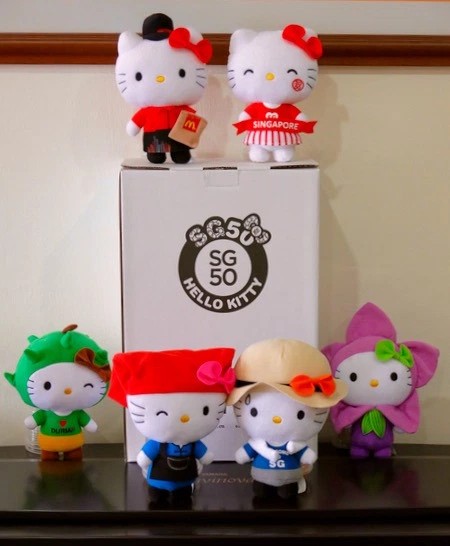 My latest pride and joy comes in the form of successfully hoarding the full series of special SG50 edition kitties – that samsui hat is impossibly cute! 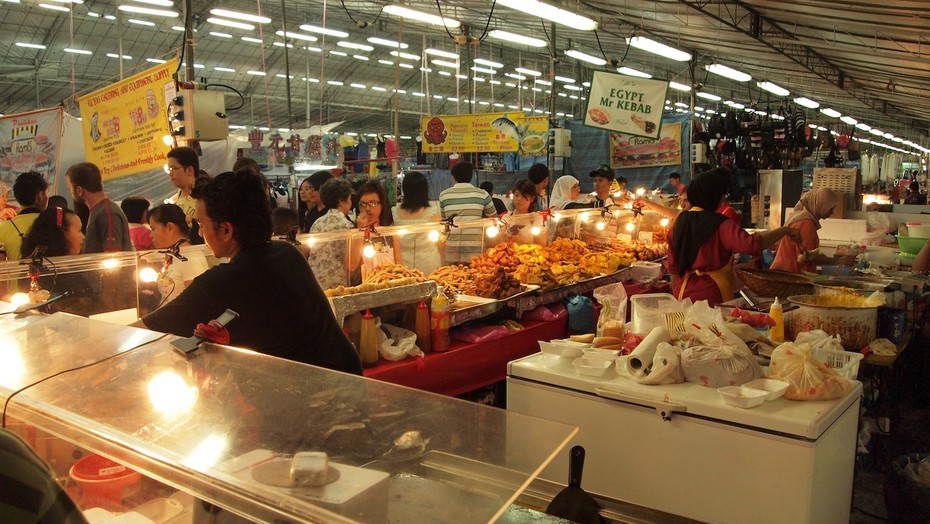 The arrival of a pasar malam (night market) in my neighbourhood always thrills me to no end. My usually quiet estate will come alive after dark, with a bustling atmosphere and friendly vendors shouting special discounts as you stroll along and snag a couple of dirt cheap bargains along the way. 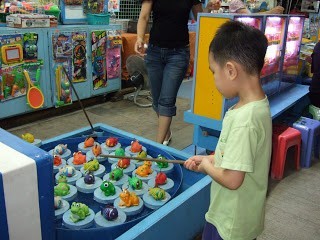 Indulge in some serious childhood nostalgia with game stalls and brightly coloured plastic toys all around. If you’re lucky, there’ll even be rides! Provided you’re of an inappropriate enough size to even fit into them, of course…

And the food, good gracious me, the FOOD! All attempts of trying to eat healthy and shed some pounds go flying out the window when you’re surrounded by such an array of deep-fried, calorie laden snacks. 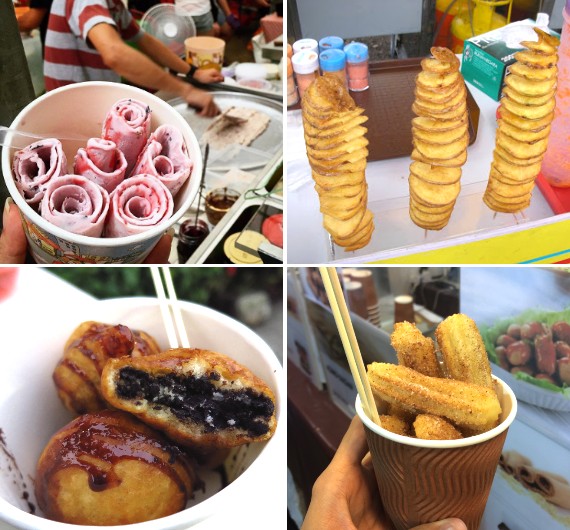 The usual suspects were already hard enough to resist, with sinful classics like Taiwanese sausage and sweet treats of all sorts. If that wasn’t bad enough, pasar malam food has undergone a recent upgrade with delicious hipster munchies from churros and ice cream rolls to swirly Korean potatoes and fried Oreos.

Heck, even the simple tutu kueh has gone through a makeover and now features fillings like chocolate. Then we have the age-old favourites like Ramly burger that your tummy will never be able to say no to…Sigh, the struggle is real. 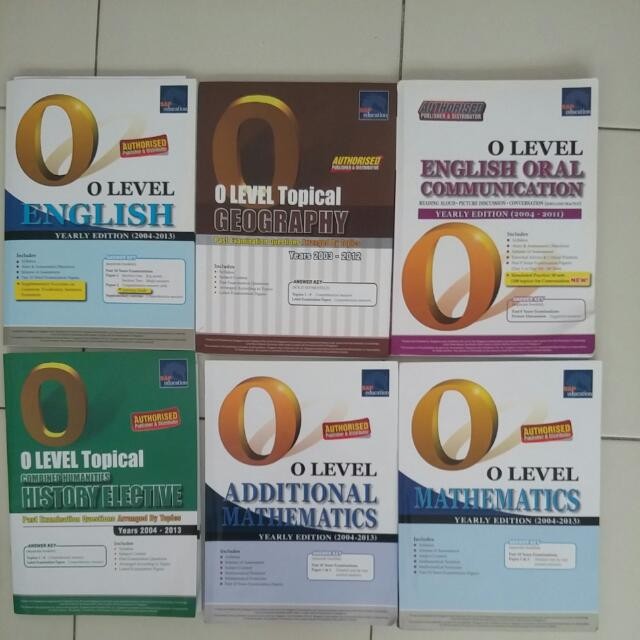 A must-have for everybody preparing for their secondary school or JC exams, the familiar cover alone should elicit plenty of flashbacks. Sitting in the classroom you spent much of your teenage life in, scribbling away till the wee hours of morning and flipping to the answer booklet at the back for “references”.

As much stress as they brought us back when we were in school, they were probably the reason we didn’t flunk everything. And as long as the Singaporean education system endures, there’ll be endless new publications of the iconic TYS that will serve as reminders that we’ve all survived and conquered that rocky phase of life. *shudders* 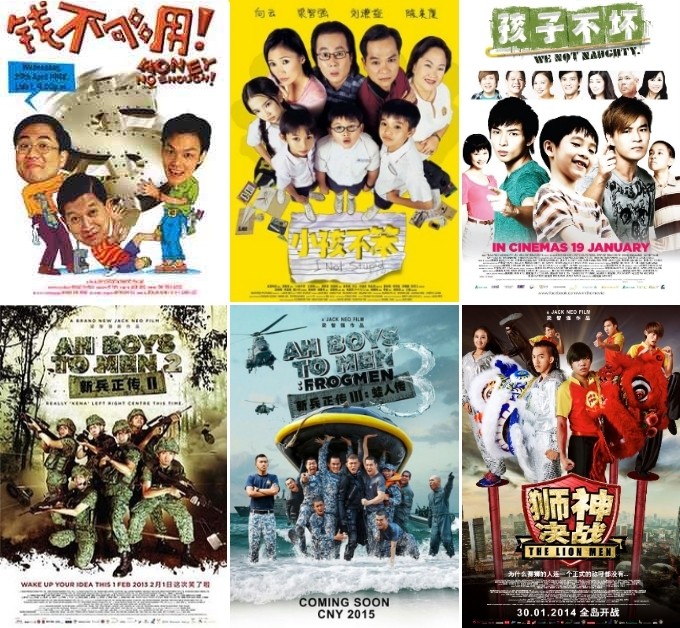 From NS men to academically challenged kids, Jack Neo weaves comedies with a heartfelt twist on topics that strike a chord with all Singaporeans. Equally local is the sense of humour his films project, heavy on colloquial terms stemming from Singlish, and slangs you won’t be hearing on TV.

Although his work has a fair share of detractors, he still manages to slay the box office game with each new release. This goes to show that sometimes, it’s not deep and insightful comedy we need – just unabashed local humour that’s hilarious because the jokes are based on experiences from our daily lives! 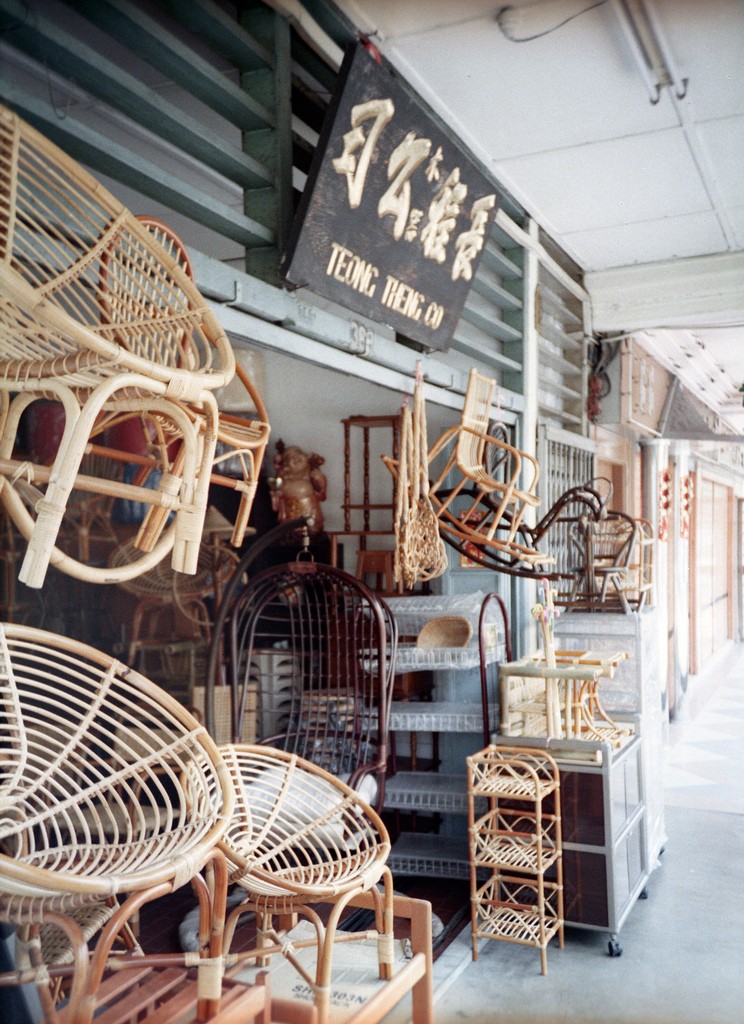 A furniture making technique that’s been used for centuries, old-school shops still exist today that have entire inventories of rattan chairs in all shapes and sizes. Helmed by skilled craftsmen who are usually carrying on the family business, I can’t help but marvel each time I walk by. I can’t decide which I’m more amazed by: the way their hands swiftly weave wicker into gorgeous structures, or the fact that thin and simple strands can come together to support massive weights as you lounge comfortably upon it. 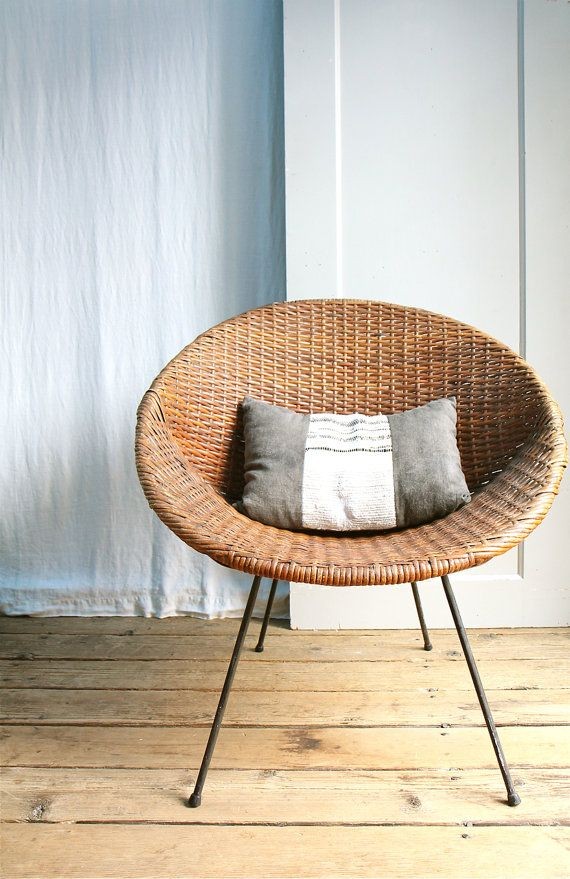 Rattan furniture of today can get all complicated in execution, resulting in some pretty stunning pieces of art. Fanciness aside, scoop up a new old-school chair the next time you happen to see a traditional family-run business – it’ll serve as a treasure piece within your home, that’s for sure. 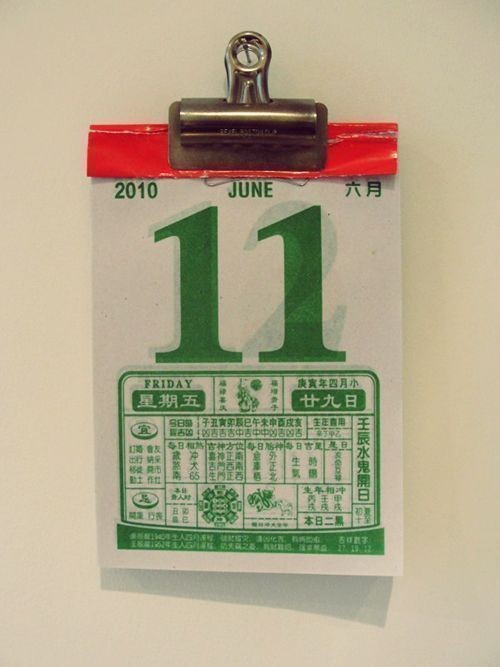 Who would’ve thought the simple act of tearing away the page of each past day at the start of new one could be this much fun? Like a metaphorical act that yesterday is over, you can crumple it up and throw it in the trash. But immediately behind it is a fresh new day looking at you, ready to be seized before it’s over by this time tomorrow. 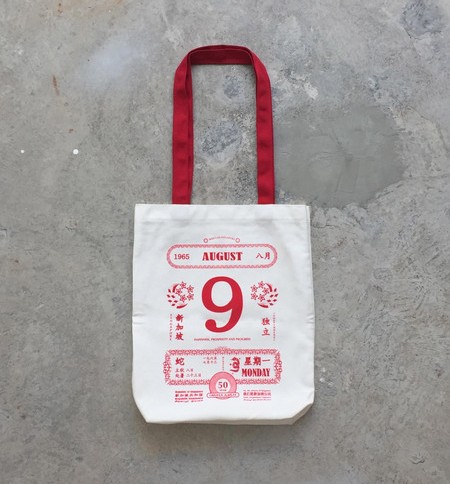 Sleek and modern calendars may have taken over now, or maybe you just refer to your phone for the date and that’s it. The classic Chinese calendar lives on, however. Surprisingly in more ways than you and I would’ve been able to predict back in the day. 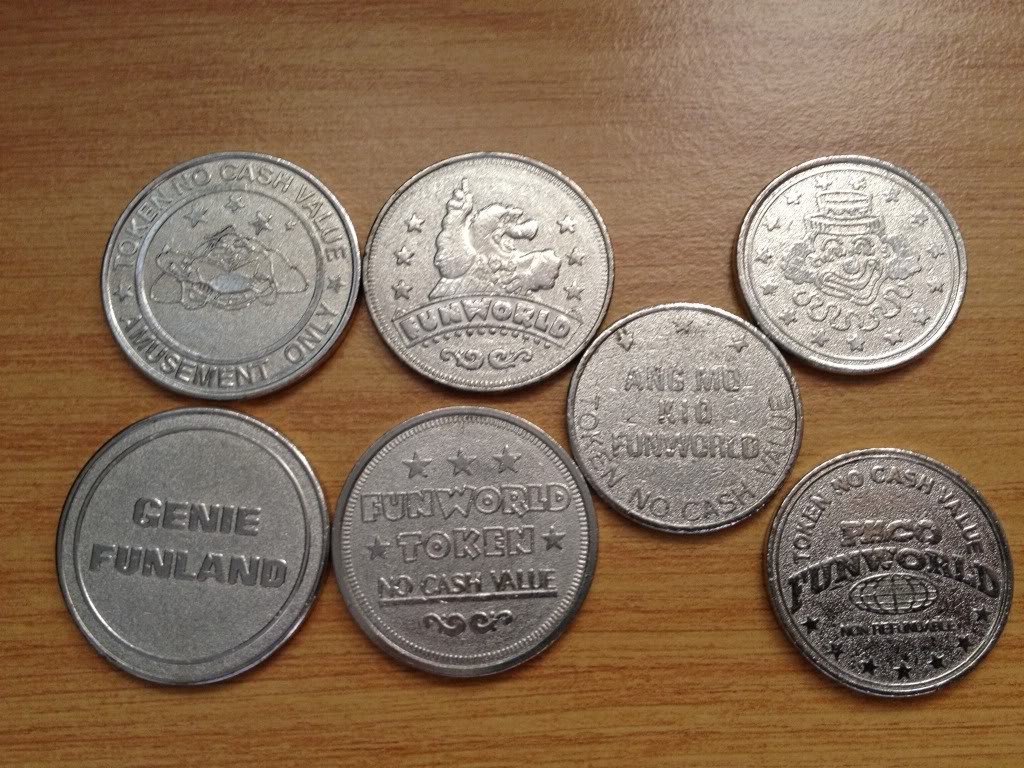 From Whimsy to Timezone, nothing made you feel like a baller more than getting a crisp five dollar note from your parents to cash in for tokens. With that wonderful metallic weight in your hand, the day was full of promise. Which should you head to first? The race car game? Whack-a-mole? A thrilling game of air hockey, perhaps? The power was all yours.

Some might find this weird habit a waste of money, but I know I’m not the only one who keeps one last token with me as a souvenir of all the fun I’ve had after an arcade session. Even to this day there are still a few of them lying around my coin purse that pop up to surprise me when I’m fumbling around at the cashier. 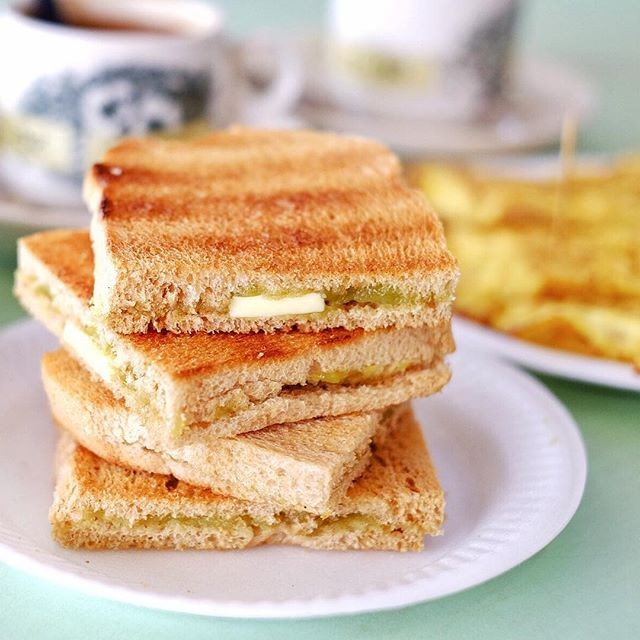 A trademark of Singapore’s kopitiam cuisine, kaya roti is much more than a great breakfast. A flawless balance of sweet and salty, crunchy and soft, I can wolf down 6 pieces any time of the day. A staple dish that never gets old, it’s no surprise that Ya Kun’s still going strong, having served at least 3 generations of Singaporeans their daily kaya toast. 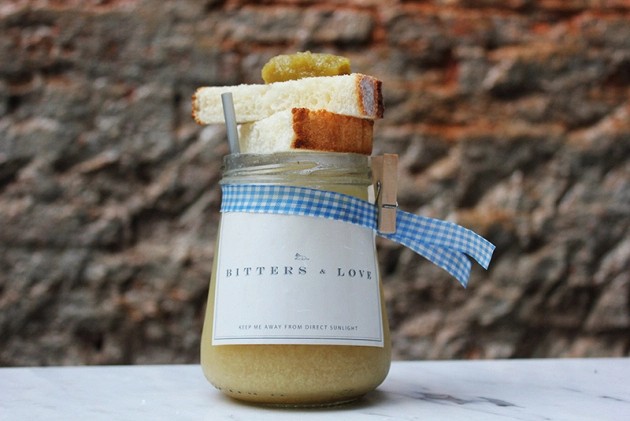 And because we as a nation can’t get enough of the signature butter and fragrant kaya combo, some genius decided to make a cocktail version and struck GOLD. Now you can enjoy kaya toast’s lovely and luscious flavour while getting buzzed at the same time. That’s the ultimate dream!

As Timeless As Treasure 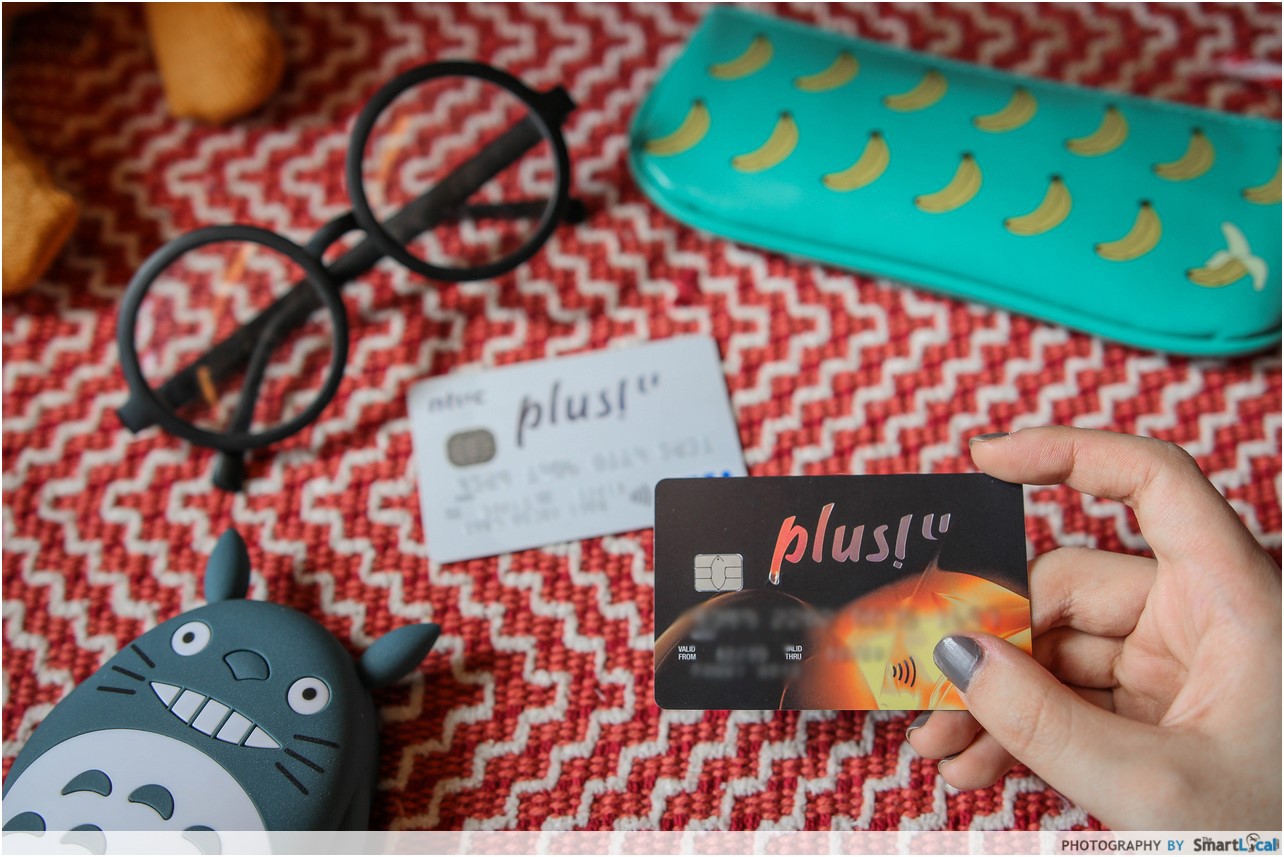 There are so many things that have lasted through the ages. It’s mind boggling that my mum was using her Plus! Card since I was a kid, and now I have one to call my very own. Who knows? Maybe some time down the road, my own children will be holding their own card as well! 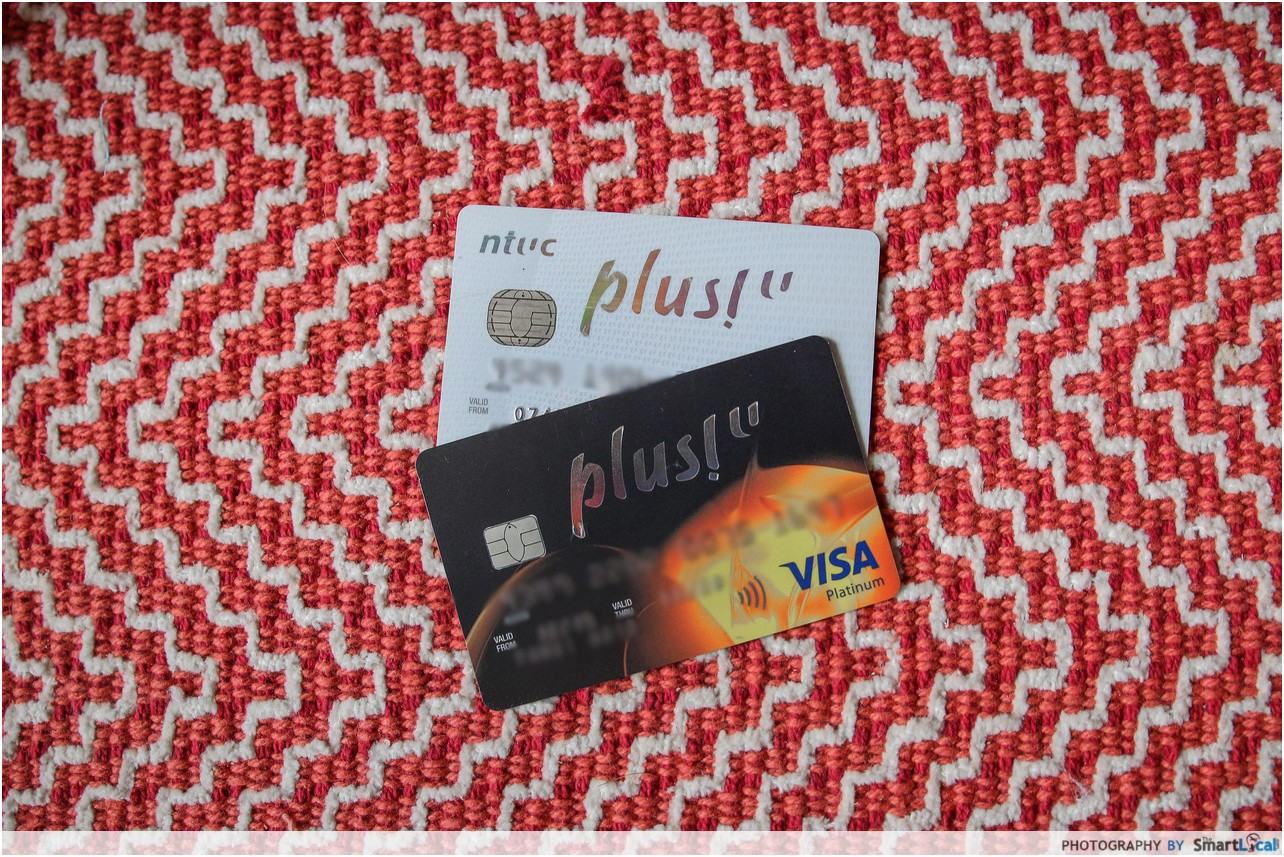 There’s a reason why the Plus! Card is timeless – apply for one today and you’ll be enjoying generations of privileges to come. Loaded with youth promos, you can tap into special family discounts later on in life when the time comes!

Just the thought of it has got me stirring with excitement for the future. Ensure that yours is not only bright, but glistening with savings aplenty as well.

This post was brought to you by Plus!, a loyalty programme by NTUC Link Pte Ltd.

6 Reasons Why Bird's Nest Is The MOST Foolproof Gift For Any Singaporean Mum
How Many Questions Can You Answer In 5 Seconds? Singaporeans Try: Episode 47 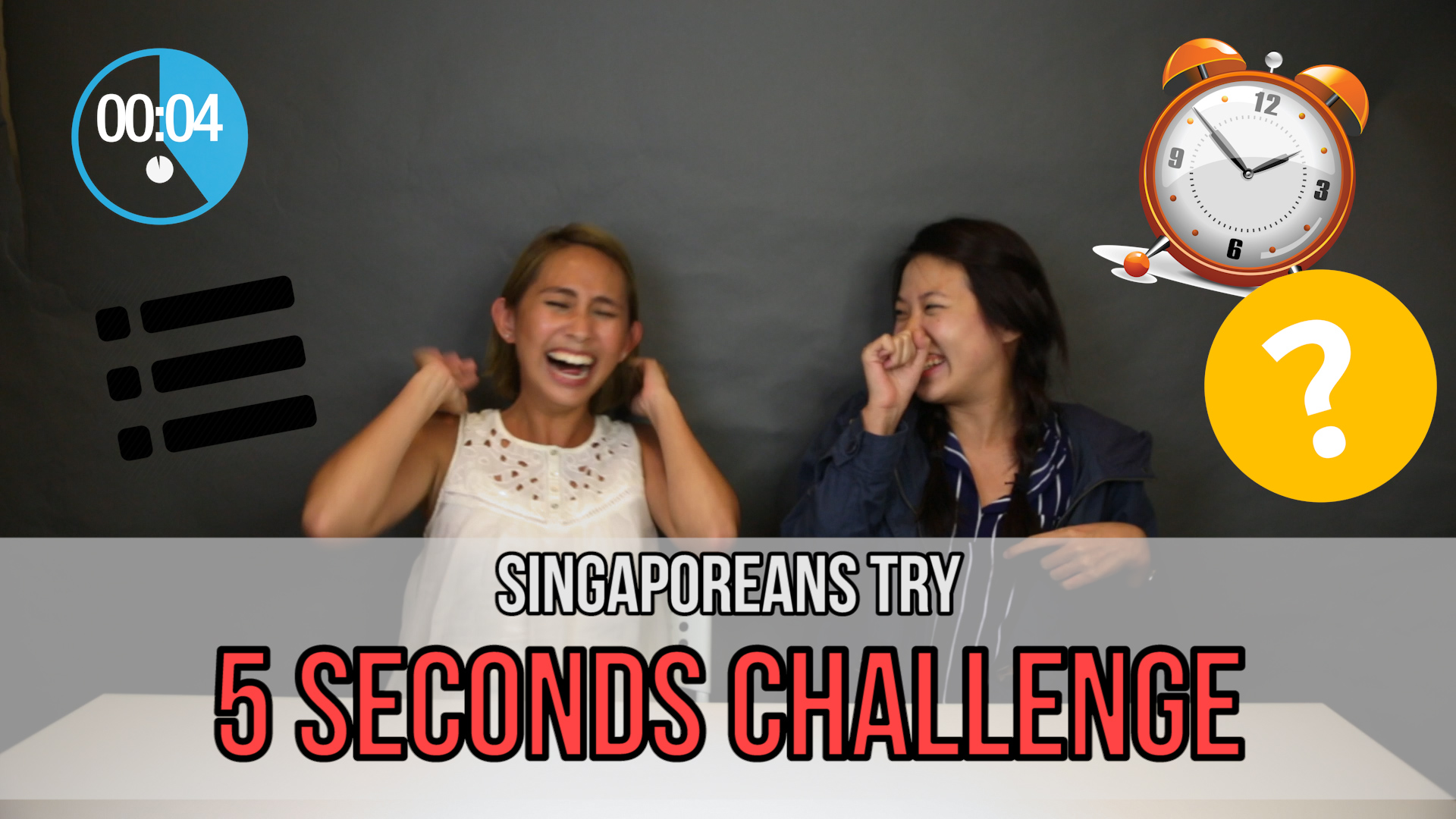