Things we did for puppy love

Oh, puppy love. From writing our crush’s names a million times in our diaries, to signing in and out of MSN Messenger just to catch their attention, it’s an unavoidable rite of passage we all had to go through during teenagehood.  Of course, this also probably left us making a couple of regrettable life decisions.

Here are 10 things most of us have done to profess our love for our childhood sweethearts that’ll make you want to facepalm…hard. 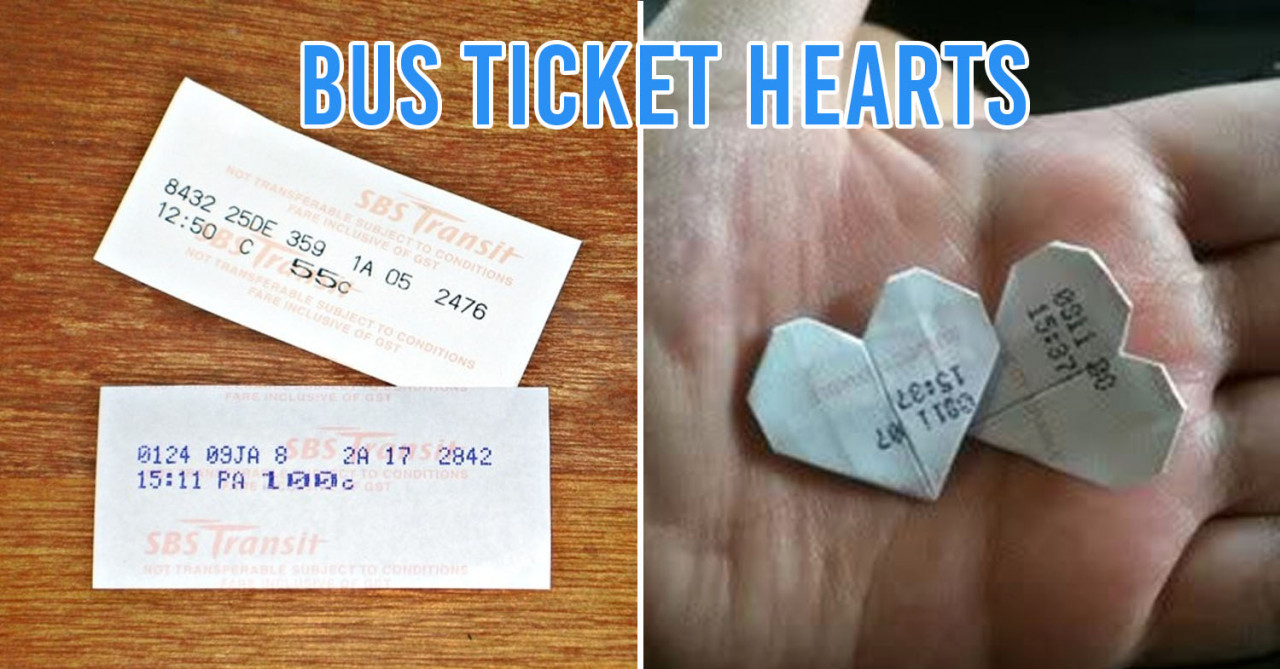 Back when we didn’t have EZ-Link cards, dropping coins into bulky machines that issued ticket stubs was the way to go. But what were we to do with these random slips of paper as lovelorn teenagers? Fold them into little hearts to gift our significant others, duh!

And while it did help us score some brownie points, they were probably better off in the bin…because that’s where they all went in the end anyway. *sobs* For those of us who were painfully shy and could never get around to expressing our affection face to face, calling in to a radio station to dedicate “our song” to boo was our saving grace.

A cryptic text with instructions to tune in to the radio would be sent to them too, only for them to be serenaded by a sappy love song. *cue Truly Madly Deeply*

3. Showcasing your love by with matching outfits…and everything else Though many of us might feel embarrassed at the thought of even wearing the same t-shirt by accident, our teenage selves were more than happy to be twinning from head to toe. From getting matching Nokia 8210 phone cases and customising analog 8-bit ringtones for each other, to hiding couple dog tags from 77th Street underneath our uniform, there seemed to be no better way to show the world that the two of you were exclusive than with his-and-hers items.

Before the mighty emoji which allows your love to be sent in just a simple kissy face, short forms were all the rage. We’d swap words like “you” for “u”, and even got rid of entire phrases by replacing them with sneaky number codes: 143 for “I love you” and 60 or 68, which meant “lao gong” (husband) and “lao po” (wife).

And when we didn’t want to be boring like our parents, we came up with extremely creative ways to play around with the English language: lyke typinq lyke diis. 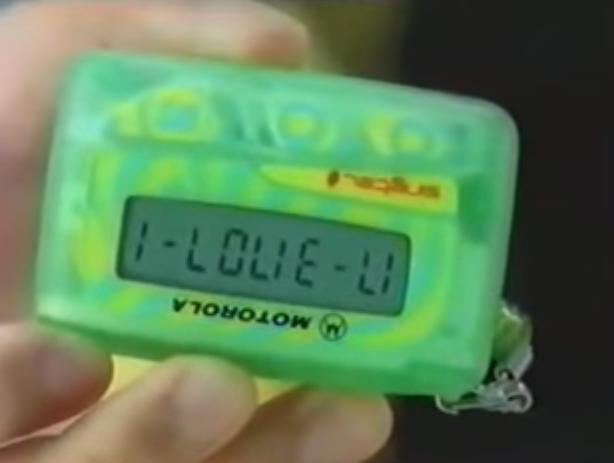 You gotta give it to the peeps of the 90s – when all they had were pagers that didn’t support alphanumeric text, they came up with ingenious ways to beat the system and send mushy memos to their darlings anyway – like this string of seemingly random numbers: 17317071.

Decoding it didn’t even require you to transform into Sherlock – all you had to do was to turn your pager upside down to read the secret message: “I LOVE U”. :’)

6. Making a personalised mix-tape with your crush’s fave hits As young romantics, CDs were probably the most versatile gifts ever. Just burn a collection of bae’s favourite songs and you were good to go for Valentine’s Day, anniversaries and birthdays. They made for brilliant peace offerings too. A modern day apology would be sneakily slipping JB’s Sorry into the mix! 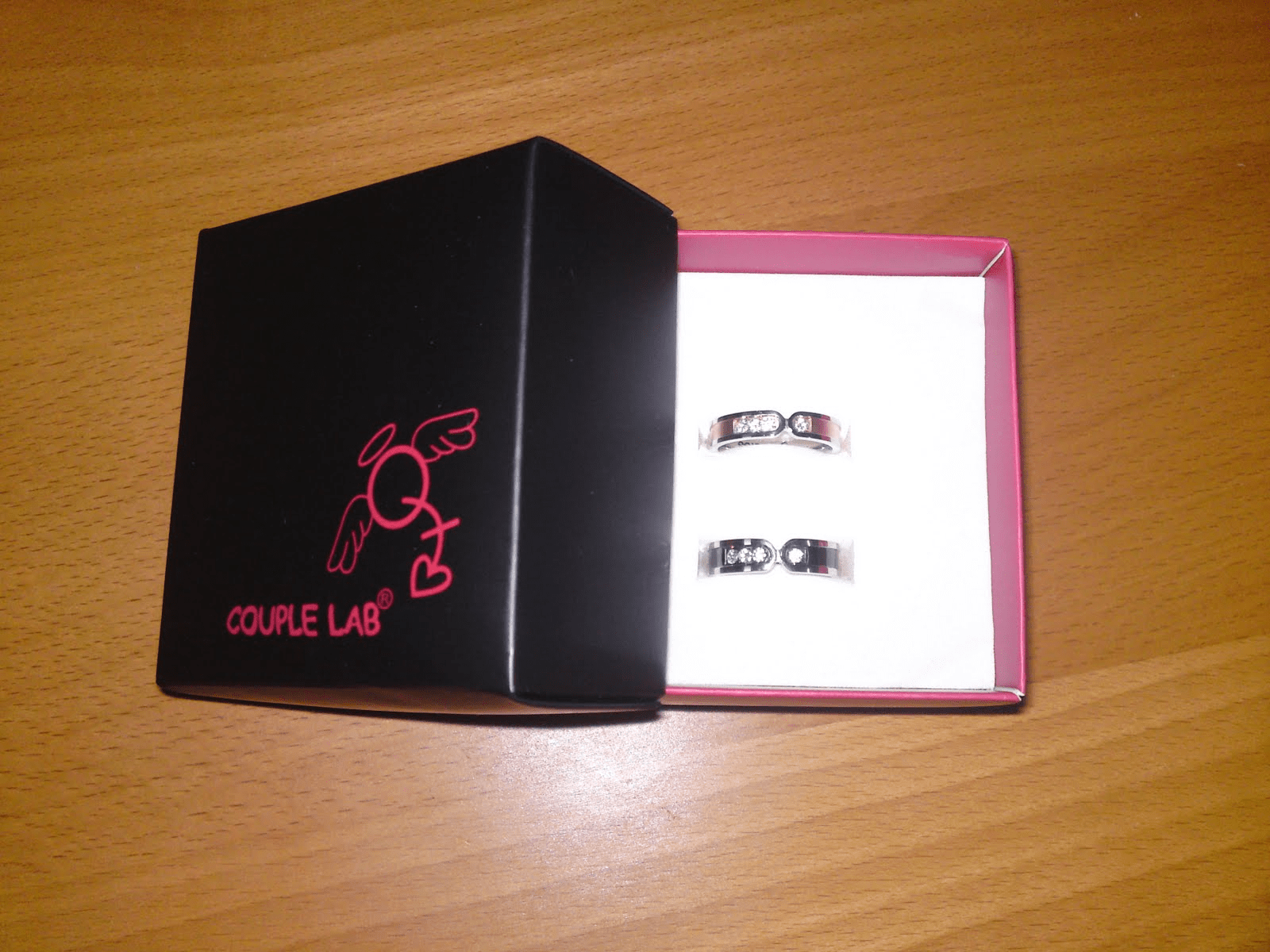 At $60-80 a pair, these couple rings from Couple Lab were not easy on our poor student wallets. And embarrassingly, they were often more of a proclamation of your relationship status to keep competition at bay.

It didn’t hurt that Couple Lab offered free engraving services too, so that we could etch each other’s pet names on the bands as a true mark of being together 4eva.

8. Chatting on the phone for hours until mom interrupts Before the birth of Telegram or Whatsapp, we used to have phone calls with our sweethearts on landline telephones that stretched on for hours.

I used to be guilty of this myself: giggling and sighing into the phone for hours straight, completely oblivious to my surroundings, when suddenly all I could hear was mom yelling “Oi! Mummy wants to use the phone also ah!” Imagine the age before Telegram and its wondrous treasure trove of stickers – a good morning greeting that can be easily settled with a cute sticker these days used to be a jumble of symbols pieced together painstakingly by your S.Os.

But it’s undeniable that as teens, ASCII art was all it took to turn us into a melty puddle of goo.

10. Serenading your girlfriend through songs on voicemail

Voicemails are almost extinct now, though it was often used by hopeful crooners to serenade their girlfriends with popular hits like This I Promise You by NSYNC and As Long As You Love Me by Backstreet Boys.

Leaving surprise voicemails was the thing to do to if you wanted your gal to boast about how cool you were to her friends. Unfortunately, this would also backfire if you weren’t a fantastic singer – a traumatic experience that still elicits embarrassed groans amongst men today. Shudder.

*Bonus* Proclaiming your love on Teletext

This one goes out to all the older peeps. Way before the time of Twitter feeds and Facebook statuses, Teletext was the go-to for the latest updates, be it for news, classifieds or even 4D results.

But of course, Teletext was also the place where budding Romeos would send in lovey-dovey messages for their partners – in all its pixelated glory. Sigh, IG dedications will never be as pure and wholesome. As we look back on all the mushy things we’ve done for love, there’s a sense of nostalgia in realising it was all just a part and parcel of our growing up. With a large chunk of it involving text messages, online chat messengers and and phone calls, dating as a teenager wouldn’t have been the same if it wasn’t for our trusty telcos either.

From not failing us as we professed our love through voicemail to making sure it’s only mum breaking up the conversation, Singtel is one network that’s been able to keep up with even the most sentimental of texts over the years.

Ever been on a call that you wish could last forever? Watch how a young couple stay on possibly the world’s longest ever video call. It’s anyone’s guess who will hang up first. Because with Singtel’s data network, you have the power to make the call. Find out more at singtel.com/youmakethecall In the spirit of staying connected, tell us how you use your mobile phone to stay in touch with your loved ones. The most interesting answer wins you and your loved one a Samsung Galaxy Note 8 each!

We might have kept in contact with bae through all sorts of quirky ways in the past – but this modern day couple takes “connection” to a whole new level.

With a fast and reliable data network, Singtel gives its customers the quickest speeds in Singapore of up to 800Mbps – meaning our heart-eyed emojis get sent across in a breeze. LDR couples will be able to keep the ship sailing too. Singtel’s got 99.9% of the island covered, so Tampines and Tuas don’t seem too far away after all.

Plus, with constant monitoring and optimization, the network ensures consistent data speeds in even the most crowded spots. And as SEA’s first ever Tri-band 4G+ network with LTE900, rest assured that your signal bar at indoor and underground locations will be just as strong as your relationship.

But here’s the real showstopper – Singtel has recently launched DATA X INFINITY, which gives you unlimited data for just a flat rate of $39.90/month on top of their latest Combo 3 Mobile Plan and above.

So who knows, you and your boo might just be able to beat the record for the longest phone call ever!

My Colleagues Made Me Go On An Old-Fashioned Blind Date To Experience Dating Before Tinder
honestbee's Honestly Shiok! Promotion This October Has Up To 50% Discounts On Chicken Up, Poulet...