Couples who were friends first 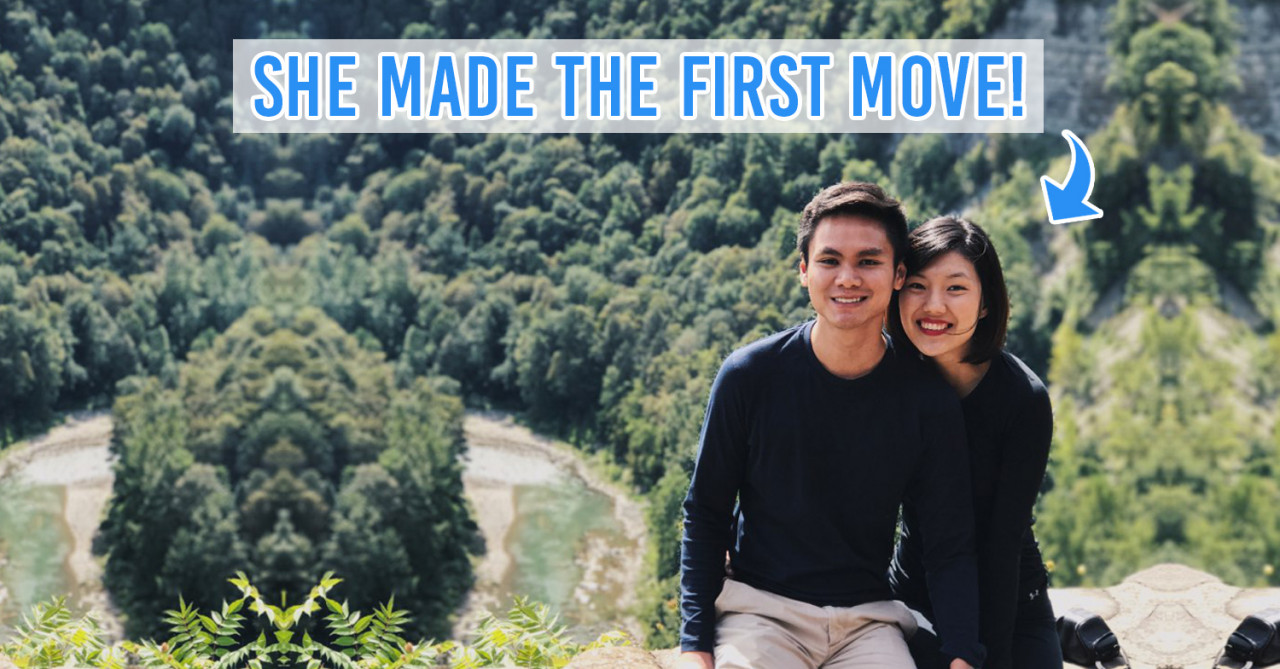 Most of us probably know of couples whose relationships have blossomed from being friends first – you know, that couple who tells everyone that they’re “just friends” not long before their Instagram page is filled with lovey-dovey pictures of themselves.

But such romances are becoming less common with the rise of dating apps like Tinder. We think that the ‘love of our life’ is somewhere out there when in reality, they might have been right in front of us all along.

We spoke to 5 couples to find out what the Chemical X was that transformed their friendships into relationships, and here’s what they told us:

Note: Interview responses have been edited for length and clarity

Defining moment: He stayed up to tutor her till 2am and sent her home after that, even though he didn’t need to.

Celeste and Shahrir’s friendship of 1.5 years naturally blossomed into a relationship during the time they spent helping each other with their studies.

“We spent a lot of time together because we were in the same course. He would teach me Economics concepts, and in return, I proof-read his English essays.”

One thing that has changed as time passed is what they’re learning from each other. “He’s still teaching me a lot – no longer about supply and demand, but how to be a better person.” 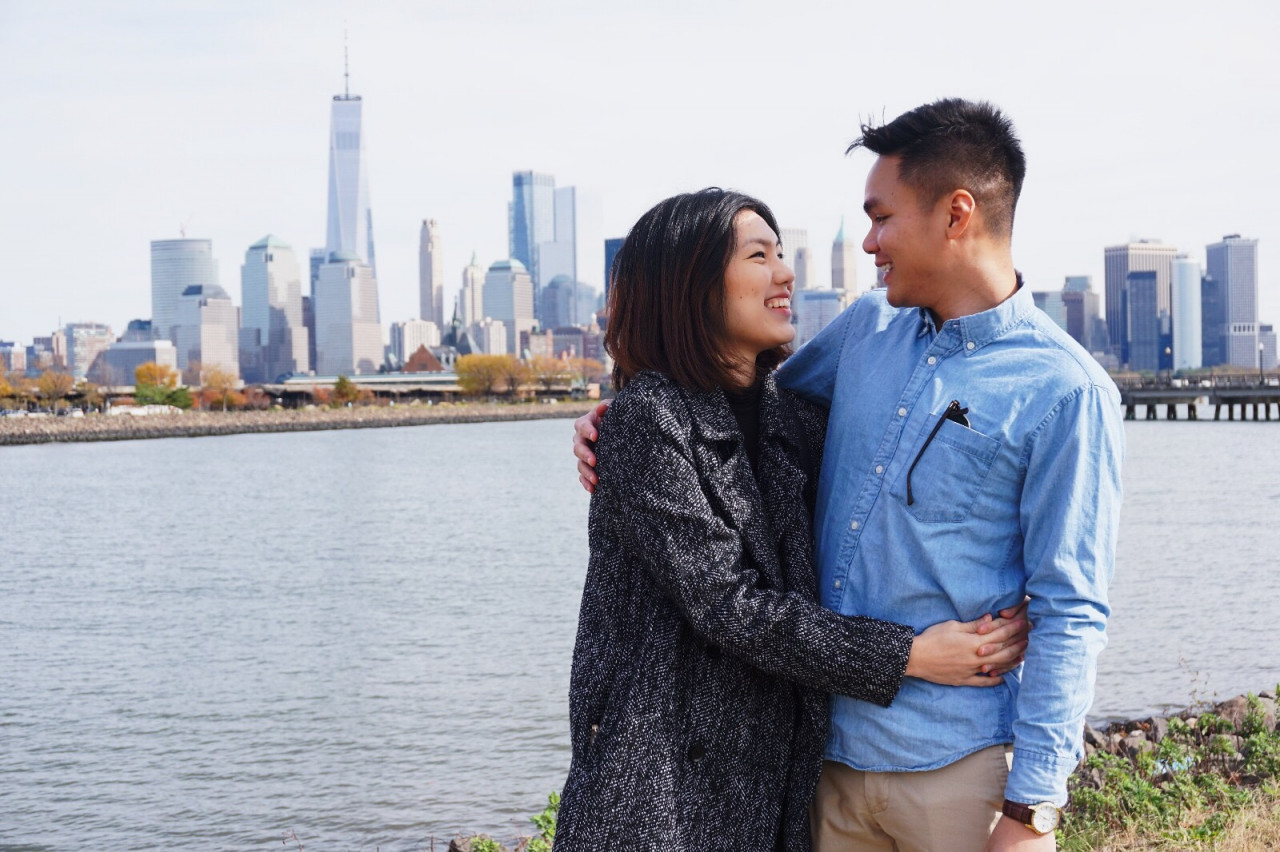 But Celeste tells us that sometimes, the best memories don’t always begin as one.

“During our exchange programme last year, our car got broken into and our passports, luggage and laptops were stolen. I was in complete despair because our flight back home was in 6 days and the Singapore Embassy was closed for the New Year. He solved everything single-handedly and even got us to the embassy in San Francisco once it was open so that we could get a temporary passport.”

Shahrir stayed strong for her and proved his ability to be a reliable partner. “That was when I knew I could count on him. It’s the most romantic thing he’s done for me and also a favourite memory that we share.”

Her advice is to take a leap of faith. “If you don’t ask, the answer will always be no,” she shares, telling us that she made the first move by plucking up the courage to ask him if he had feelings for her.

2. “I realised that everything I wanted in a partner was in my best friend.”

Defining moment: She realised that she loved being with him – both in the good times and the bad. 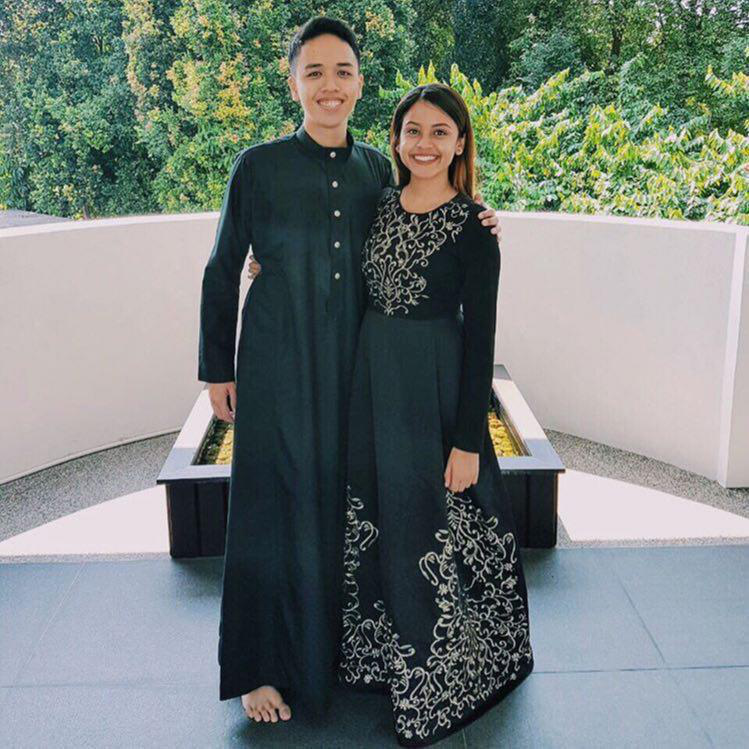 Kim and Rynaldy were friends for 4 years before they got together.

“We weren’t very close during our first year as classmates, but eventually got closer because he kept copying my Math homework, which was a bit hard to ignore. Plus, we were always each other’s right-hand man and worked really well together, which helped us in cultivating our friendship.”

The transition from friendship to relationship came naturally for them, after years of building a strong foundation of trust.

“I still cannot pinpoint the reason why we suddenly felt differently about each other or when it happened,” she says. “He was there for me as any great friend would be, and I realised that everything I wanted in a partner was in my best friend.”

Kim’s advice to friends who want to take friendships to the next level is to “not overthink it.” She adds, “Sometimes when it feels right, it is right. Things will fall into place eventually.”

Quoting Winnie the Pooh, she says, “We didn’t realise we were making memories; we just knew we were having fun.”

3. “His reputation as a ‘player’ changed to someone who got jealous when I talked about other guys”

Defining moment: They started feeling jealous when the other would go on casual dates with other people.

Leah and Mark were friends for 1.5 years before they became a couple. “Our friendship was very casual, and we would talk about the girls he was dating.”

Leah eventually developed feelings for Mark and decided to tell him.

“I caught feelings, so I told him that I liked him. He was scared at first, but we agreed to try dating for a month…which quickly turned into several months,” she laughs. 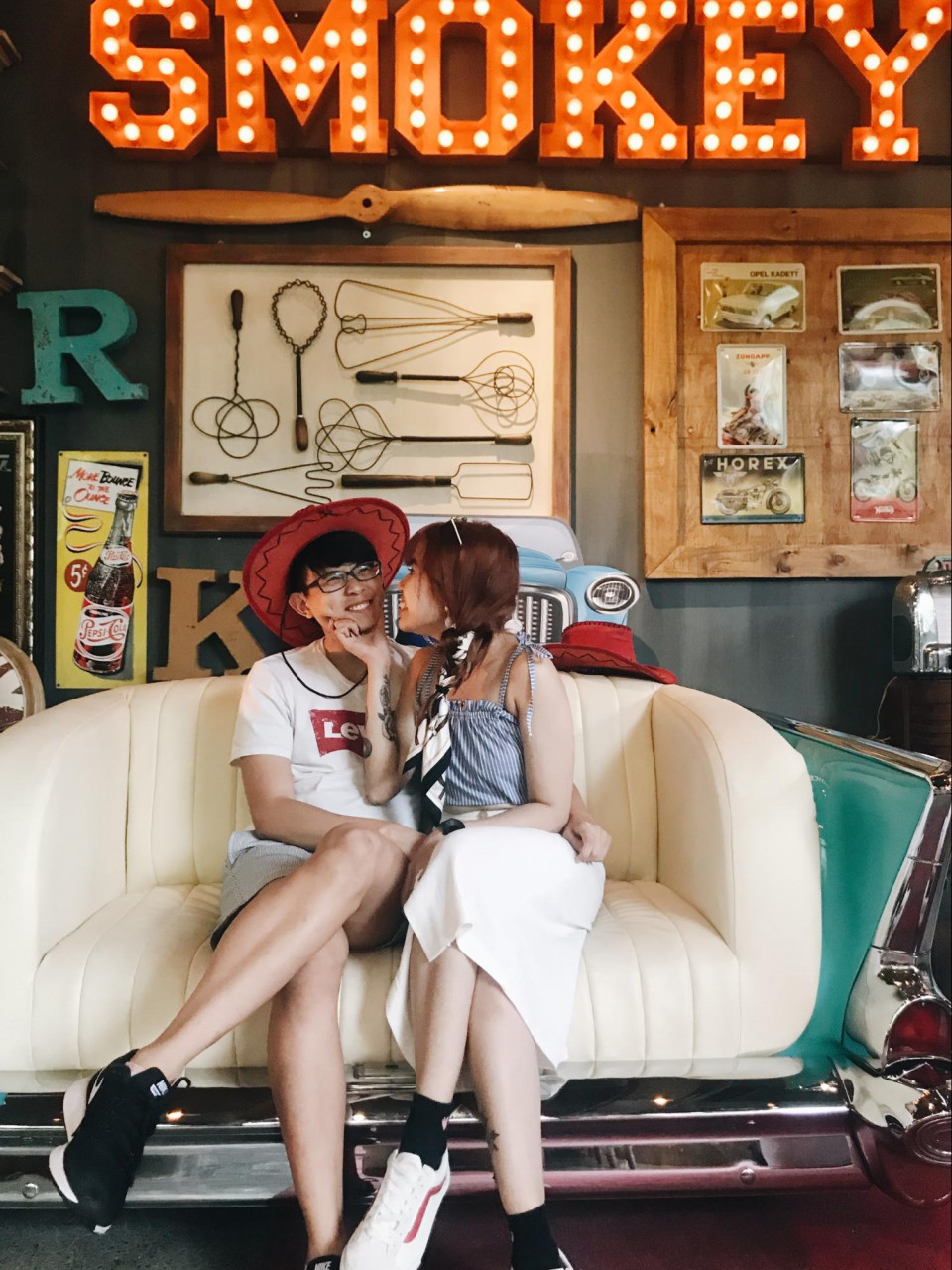 Their transition from being just friends to becoming a couple was marked by a change in his attitude. “His reputation as a ‘player’ changed to someone who got jealous when I talked about other guys. It was quite cute because I didn’t know he could be so protective and sweet.” Leah shares.

For Leah and Mark, starting out as friends gave them an edge when they entered a relationship together. “Being friends first made us understand each other’s weaknesses more, and I had a better idea of what we had to work on once we got together.”

Leah’s advice? “If you really like the person, don’t be afraid to make the first move. No matter what the outcome is, your friendship will get you through it.”

4. “Starting out as friends allowed us to talk freely and casually.” 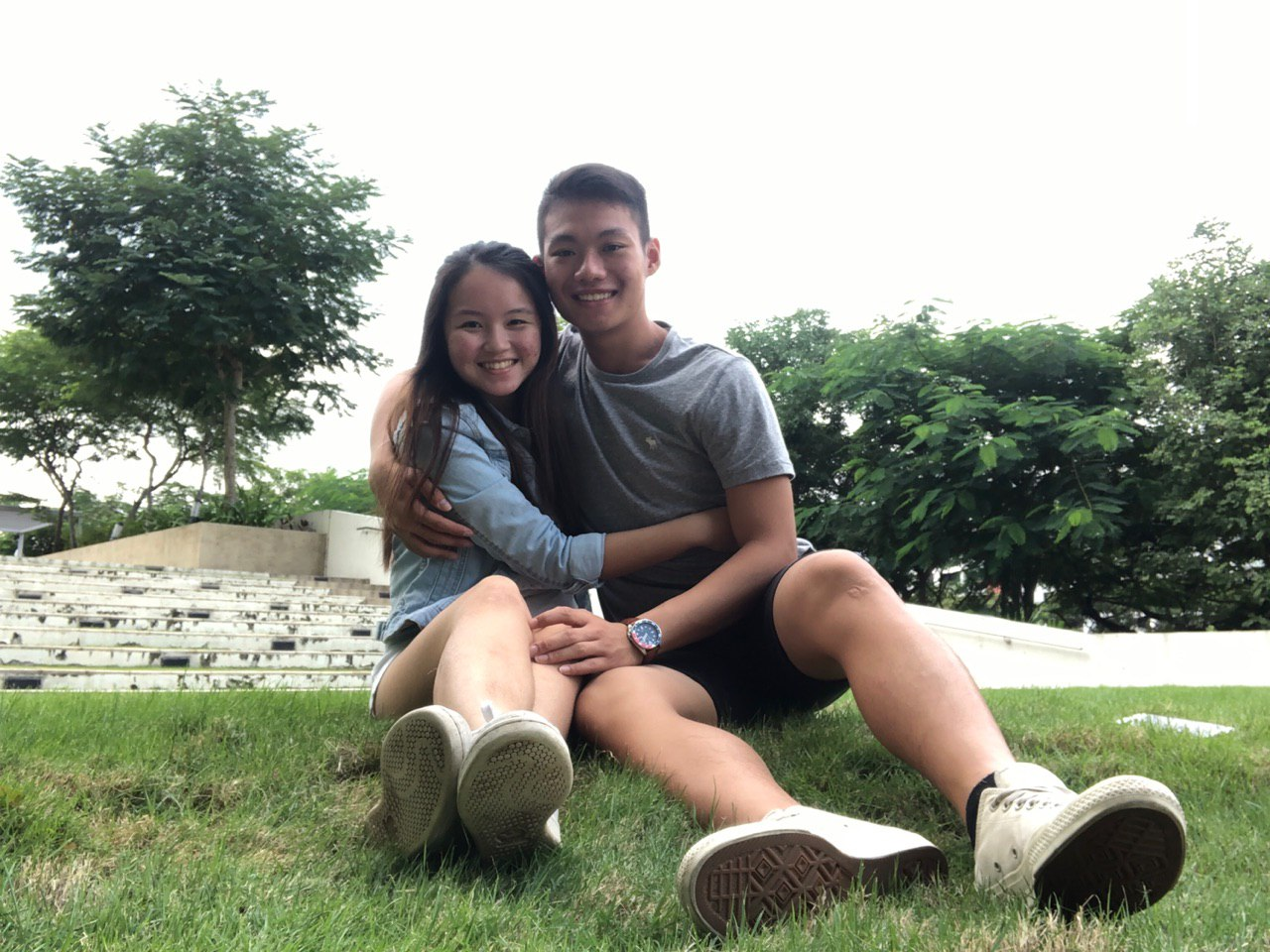 Defining moment: He handcrafted a flower crown for her Commissioning Ball – cutting the flower stalks and twirling wires to ensure it fit her head perfectly.

Victoria and Shi Kai’s friendship transitioned into a romantic relationship as they spent more time together. “We would go home together after school and texted very often. As time went by, we confided in each other more about our problems, and that’s when we became much closer on an emotional level.”

She feels that being friends first enabled them to have honest conversations with each other. “Starting out as friends allowed us to talk freely and casually, so it was easier to open up and get to know the other person on a deeper level, be it in terms of personality or what the other person might be looking for in a relationship.”

Victoria recalls a fond memory of them. “We were featured in a social experiment captured using a secret camera outside The Cathay,” she laughs. “A guy dressed as an elf holding a box asked us if we could help him tie his shoelaces. A few days later, my mum sent me a link and I realised we were featured in the video.”

Victoria leaves us with a few words of wisdom, and tells us that “having the same interests may not mean that your relationship will work out, because how you manage your differences in sticky situations is just as important.”

5. ”Going through many phases of our lives together made our relationship what it is today.”

Defining moment: He supported her through tough times during their school days.

Bernard tells us how we might meet our future partner when we least expect it, “We met through my best friend. It was a regular Thursday and he asked me to join him and his friend Vevien for dinner.”

For them, being friends before entering into a relationship helped them forge a special bond with each other. “Vevien is not only my partner but also my best friend. We talk about everything, laugh at inside jokes that nobody understands, and most importantly, we can be completely honest with one another. 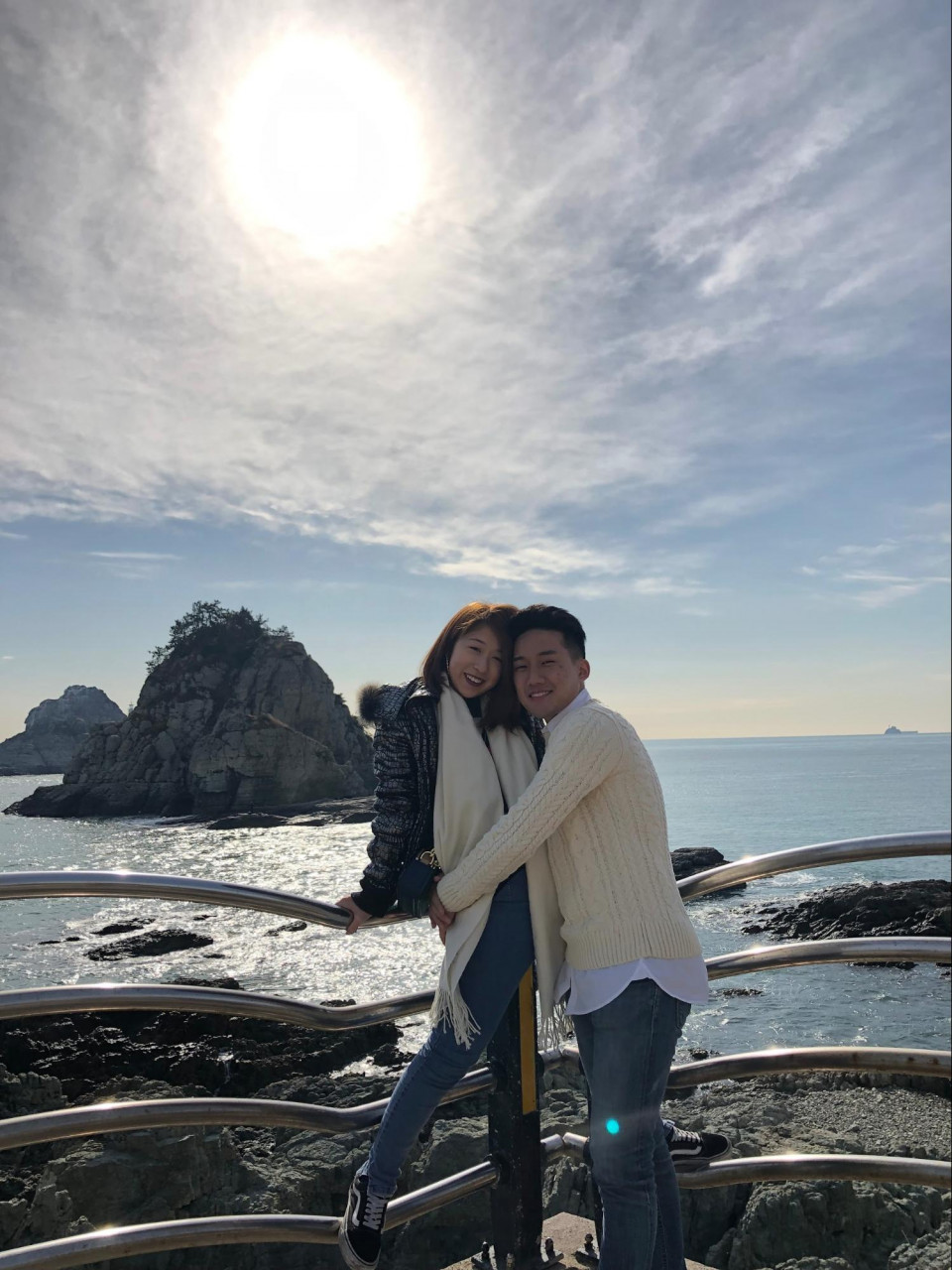 Vevien’s favourite memories with Bernard transcend the usual flowers and expensive dinner dates. Instead, her favourite memory with him was when Bernard showed just how well he knew her.

“The most romantic thing he did recently was to give me a big hug the moment he saw me because he knew I had a bad day at work. He then shouted ‘let’s go have mala for supper!’ knowing it’ll cheer me up.”

Their advice to those intending to enter into a relationship is that dating a friend you’ve known for a while makes the relationship process easier and more comfortable, so if you think your friend is a keeper, it’s well worth the risk.

Searching for “the one” 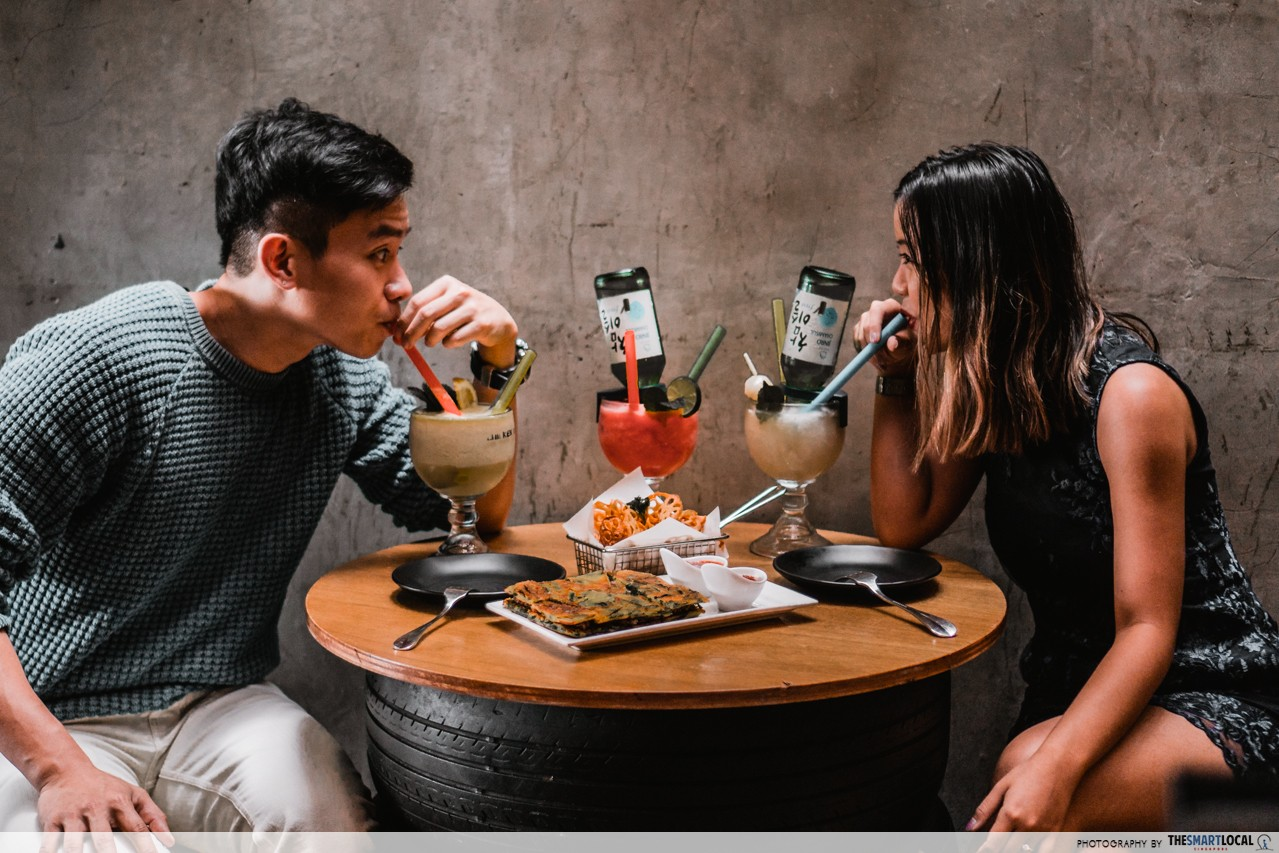 We may find ourselves wondering when our future partner is going to show up in our lives, but sometimes, “the one” might be closer than we imagined. The couples we spoke to found love from friendships they forged, and who knows, your future partner might just be someone you love chatting with on WhatsApp. 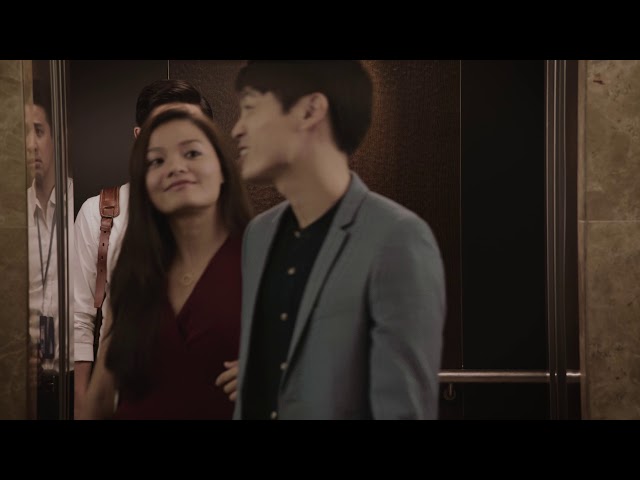 Now here’s your chance to treat that special someone to a day out – enter our Instagram contest, which runs from 18 to 28 February 2019, and you might win a pair of tickets to Universal Studios Singapore. All you have to do is head over to our Instagram page and answer our question: “What advice would you give someone wanting to take a friendship to the next level?

This post is part of an initiative to promote healthy relationships and share successful Singaporean love stories. 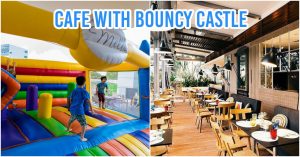 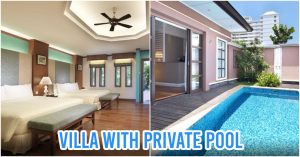