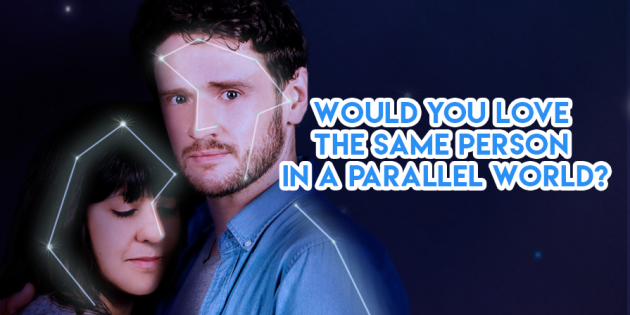 Let’s face it – it’s 2017 and we’re running out of ideas on where to bring our date. Going to the movies, Netflix and chill; we’ve exhausted almost everything and they’ve all become far too cliche. If you’re looking for an unconventional date idea, this play is the best blend of unique and romantic. Ditch the mainstream movie date and head over to the theatre for a change.

This March, Singapore Repertory Theatre (SRT) will be staging Constellations directed by Bruce Guthrie. We sat in their script-read session and discovered why it’s so much better than any romance movie you’ll watch:

1. You’ll love it even if you’re not a Science geek

Constellations isn’t only for quantum physicists or cosmologists – it’s for everyone. Whether you’re a hopeless romantic or a logical thinker, this play is about speculating different versions of our current reality. Although based on a scientific notion, Constellations reaches out to anyone and everyone through sheer emotion, without drowning you in scientific jargon.

Don’t expect gaudy disc shaped props flying around resembling UFOs or actors in green alien bodysuits. Constellations is a play about multiverses, not alien invasions. Its focus is largely on the love story between 2 humans existing in a multiverse, rather than abnormal extra-terrestrial activity.

3. It will make you question your entire existence in just 70 minutes

After experiencing a rollercoaster of emotions within the span of 70 minutes, you will leave the theatre contemplating things like how your life would have been different if you had or hadn’t rejected that guy/girl – or whether your reality is truly a reality or a mere illusion of reality.

4.The whole play is anchored by just 2 actors 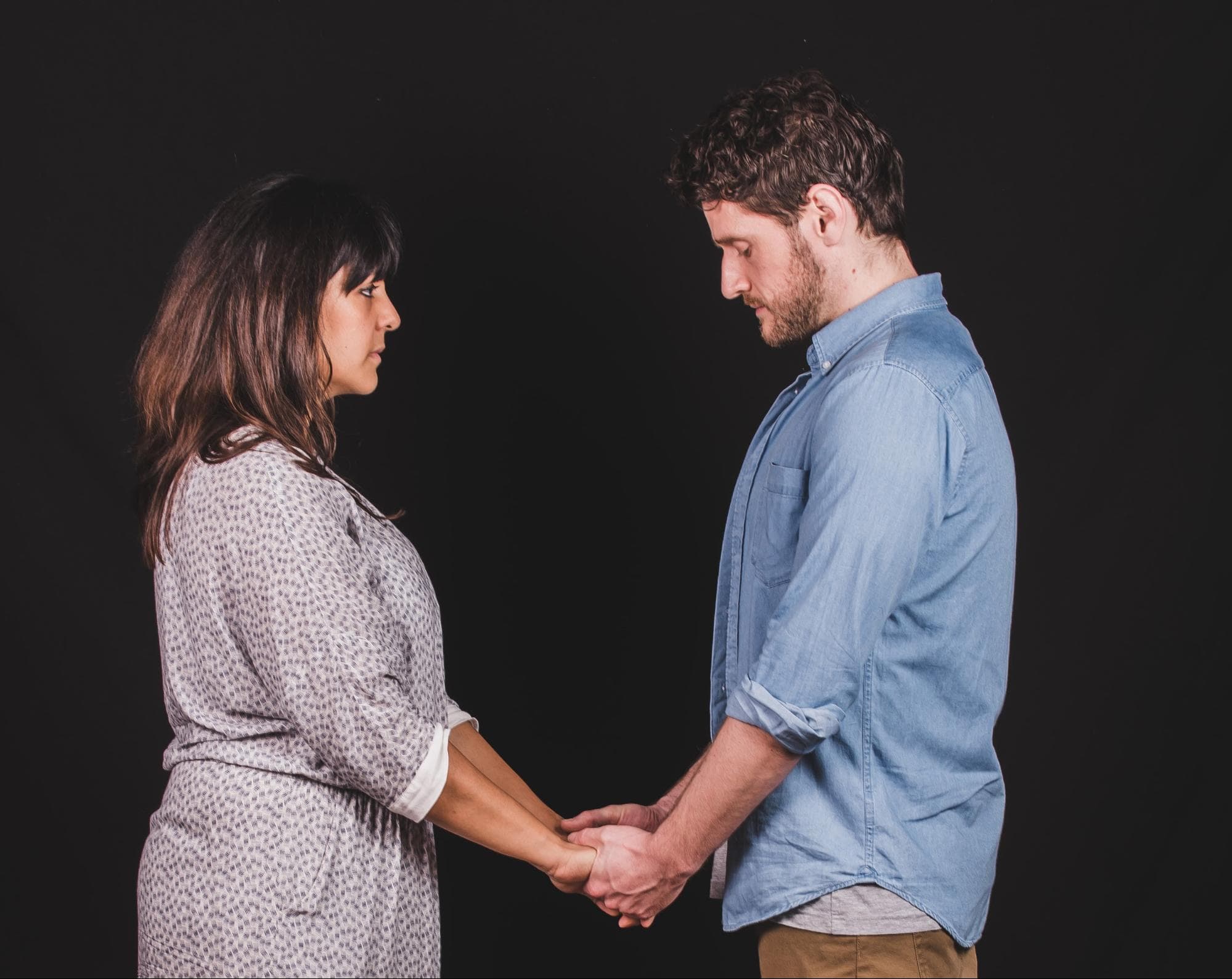 Staying true to its minimalistic approach, Constellations is helmed by a cast of just 2 actors telling the tale of star-crossed (pun-intended) lovers living in a multiverse. With just 2 bodies on a close-to-bare stage, you’ll be surprised as to how much it can impact you.

Constellations’ cast and production team at their first script-read

Director of Constellations, Bruce Guthrie, elaborates more on this in his interview here.

Unfortunately, being a student also means perpetually being on a budget. In order to afford show tickets, we usually would have to starve for 2 days or be very nice to our parents. Here’s some good news for all you deprived theatre lovers – you can pay only $15 (for what would normally be $60) for front row Category 1 seats, as long as you’re a Singaporean youth below the age of 25.

With support from Bloomberg Philanthropies, SRT has made it possible for youths to enjoy theatre without worrying about going broke. All you have to do is head down to any SISTIC outlets and present your NRIC upon ticket purchase.

Constellations – The marriage of Science and Art 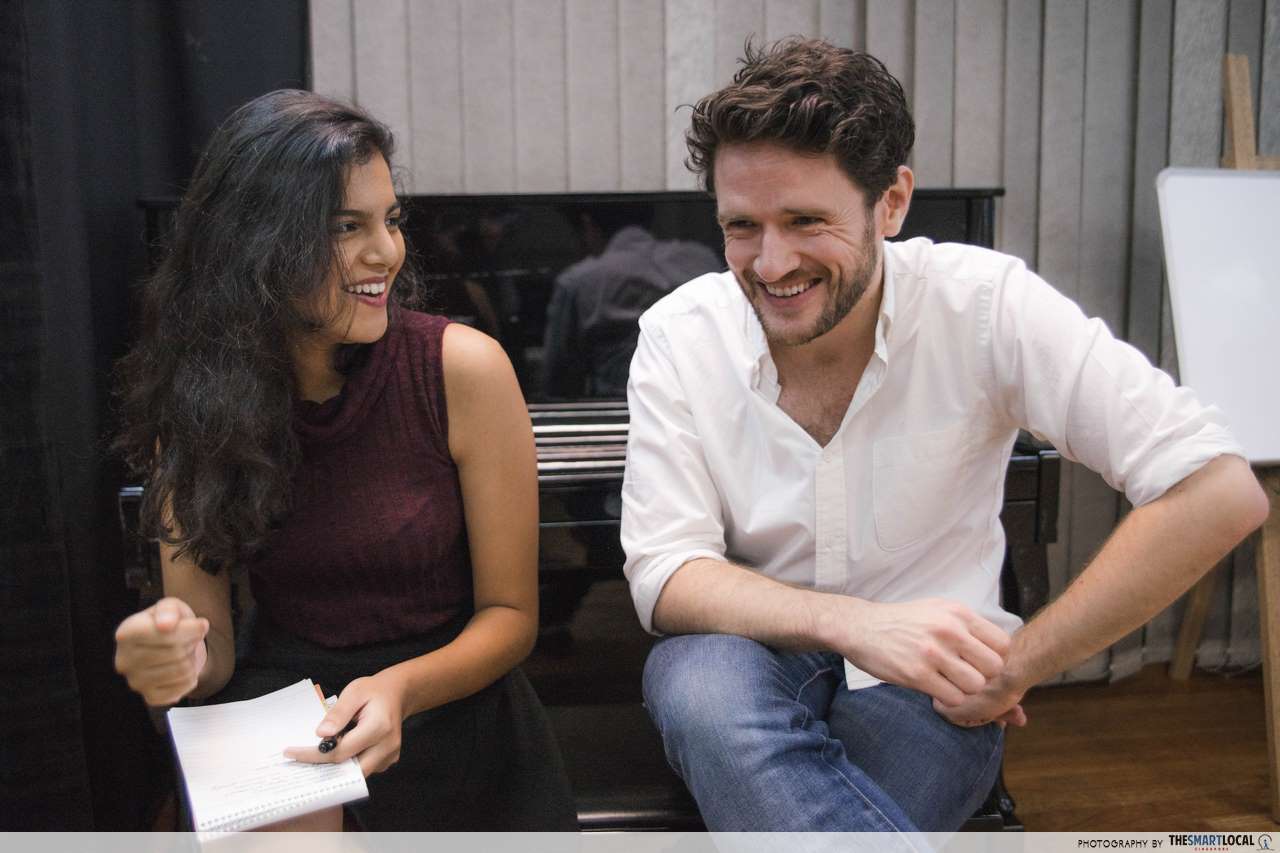 Interviewing the actor, Edward Harrison who plays the role of Roland

“We often stress out about big decisions that we think are going to be life-changing, when really it’s the small choices we make that change the course of our life. This is what the play explores.” 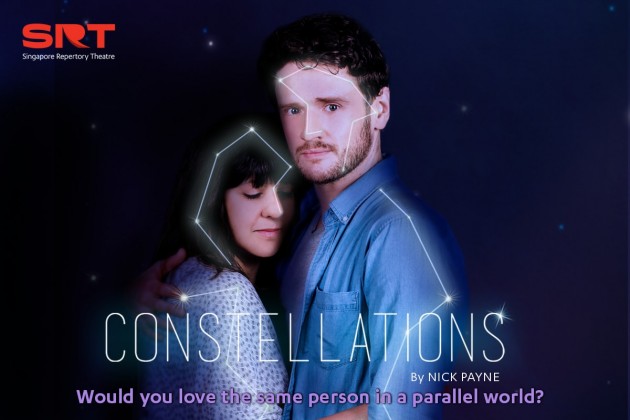 If you thought Science and Art were two very different disciplines, Constellations will prove you wrong by showcasing its convergence through a spellbinding love story. Switch up the usual popcorn at the cinemas and try an intellectual yet entertaining play at the theatre about the multiverse for a date night instead.

Get your tickets here before they sell out!

This post was brought to you by Singapore Repertory Theatre.