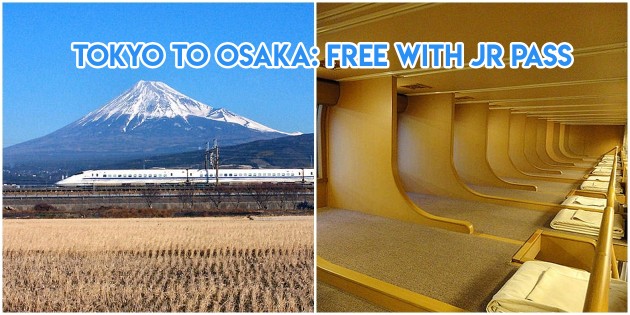 For most of us, the default form of transport to countries that aren’t Malaysia is by plane. And while you can take a train to London from Singapore, there are shorter rail trips around Asia you can hop on – and get to take in beautiful sights from nature while you’re at it. Here are our top sleeper train route picks:

1. Bangkok to Chiang Mai – for the most epic sunsets 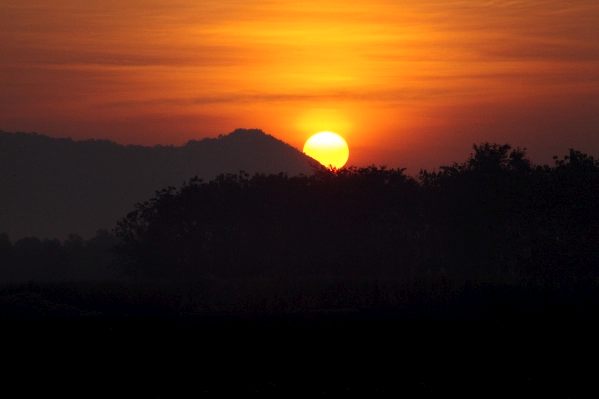 Image credit: Wherever I Lay My Trilby

Sure, you can take an hour and a half by plane from Bangkok to Chiang Mai, but even if you fly Economy, that’s going to set you back by at least $100. More affordable than taking a plane, the Bangkok-Chiang Mai train has some of the best views for that 15-hour long ride. The last third of the trip up the mountains lets you soak in the sunrise from your cosy seat.

We recommend taking a first class sleeper cabin for just $69. These are air-conditioned, feature lockable compartments, and a washbasin. The beds convert to a sofa in the day, and you’ll get a whole cabin to yourself. If you’re travelling with someone, you can get adjacent sleepers with a connecting door. 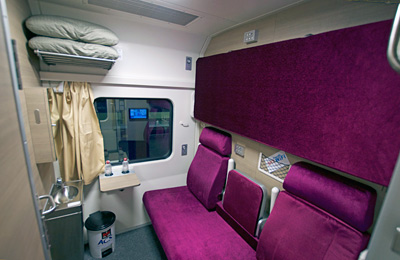 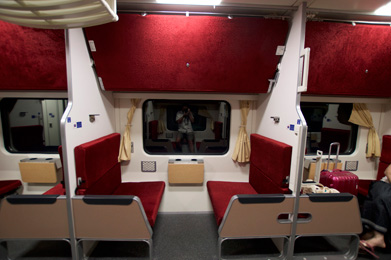 Read this for more info about train timings.

2. Hanoi to Beijing – with sights of Guilin, Li River, and Dong Dang 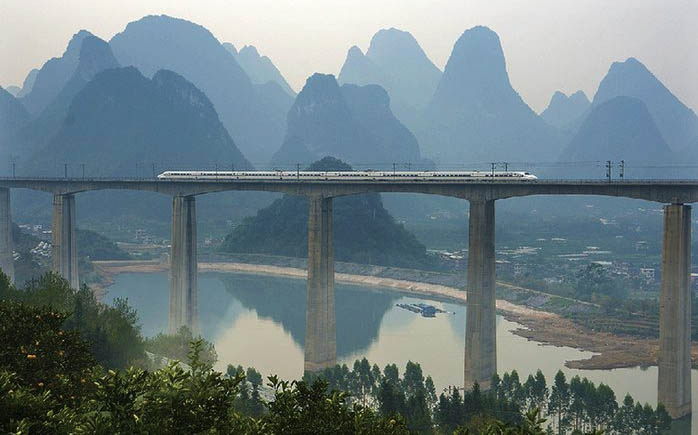 If there’s any reason for taking a 30+ hour train ride over a direct flight, it’s the view you’ll get when you travel overland from Vietnam to China. You’ll pass by mystical Guilin, the Li River and also get to see the Lord of the Rings-esque landscapes of Dong Dang. 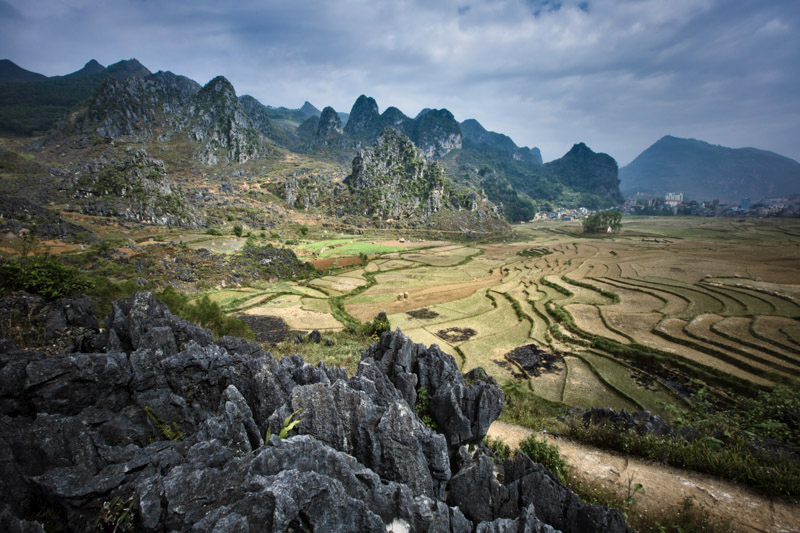 Getting to Beijing from Hanoi is a long ride, so prepare to do a transfer. The first train journey will look like this: Gia Lam Railway Station in Hanoi -> Dong Dang in Lang Son -> Ping Xiang in China -> Nanning in China. The second train takes you from Nanning to Beijing. 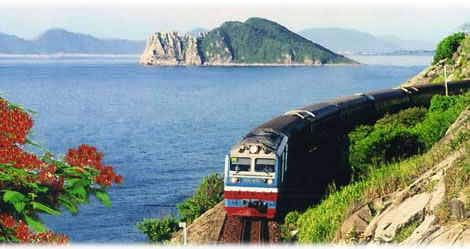 The first trip on the China Railway MR1/T8702 will take 12 hours and cost $65 for a soft berth cabin. It leaves daily at 9:20PM from Gia Lam Railway Station, and there are no restaurants here, so stock up on them snacks and instant noodles before you board.

You’ll have to go through three security checks, too, so keep your passport, visa, and ticket on hand.

On your second leg from Nanning to Beijing, we recommend taking the Extra Fast train, which takes 30 hours and costs $160 for a soft sleeper. It’s much cheaper than its 13-hour, $570-per-seat alternative.

Tip: bring some instant noodles with you – each cabin is equipped with a boiler. And if you can’t read Chinese, here’s a lifesaver:

You can get your train tickets here.

3. Tokyo to Osaka – with an unobstructed view of Mount Fuji 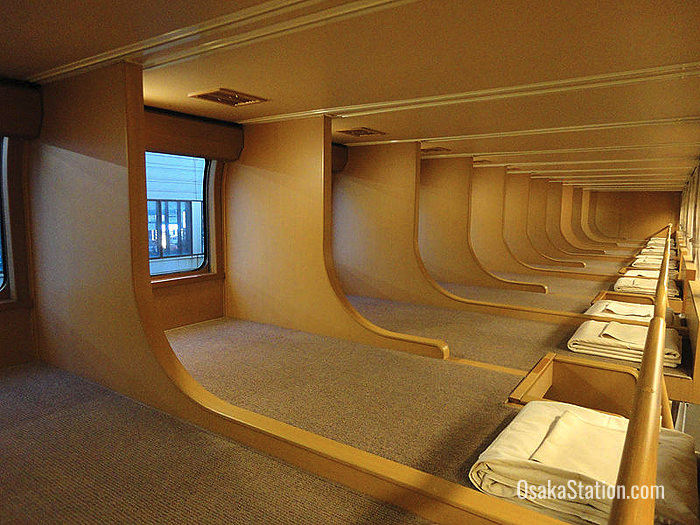 Nobinobi open-plan sleeping. Trains depart from Osaka at 12:34am and arrives at Tokyo at 7:08am. Image credit: Osaka Station

For travellers on a tight schedule, the Sunrise Seto and Sunrise Izumo allows you to drift off to sleep while in Osaka and wake up in Tokyo. With views like Mount Fuji on the list, your eyes will definitely be glued to something that isn’t your iPad during your travels. 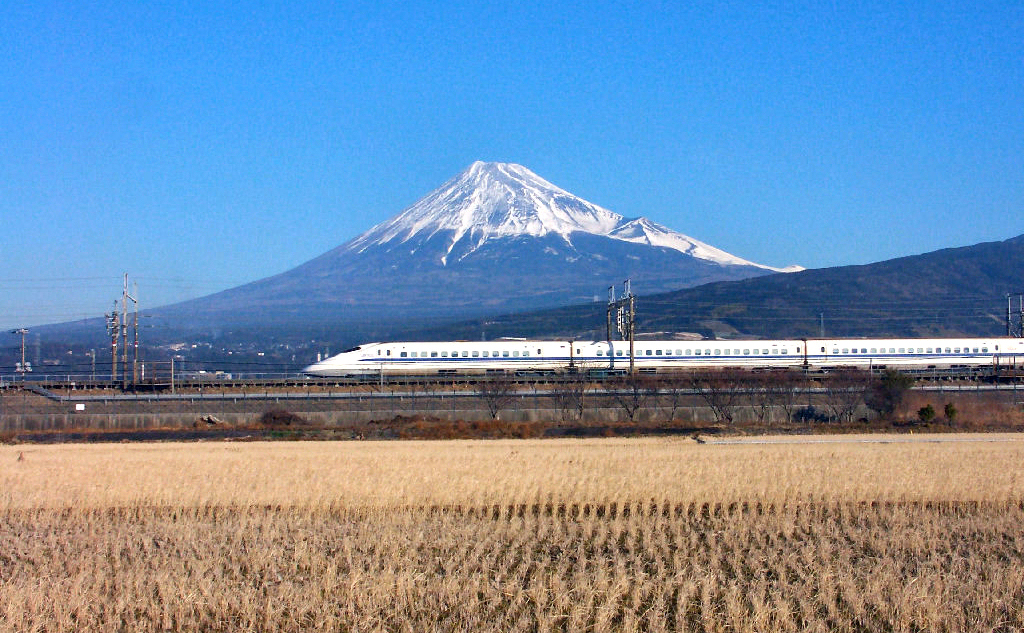 You can take one train from Tokyo to Osaka, but if you’re furthering your journey, the trains split at Okayama and part ways to Takamatsu and Izumo.

Without a Japan Rail Pass that essentially gives you free lodging and transport between Osaka and Tokyo, you’ll have to pay $150 per person for the trip.

4. Ho Chi Minh City to Hanoi – through forests and coastlines

For most, visiting Hanoi or Ho Chi Minh during the same holiday is out of the question because they’re on opposite ends of the country. But take an overnight sleeper train from one city to the other, and you’ll be treated to Vietnam’s best sights. At $122, you’ll have a shared cabin, bed, and air conditioning to last you through the 30 or so hours of travelling. 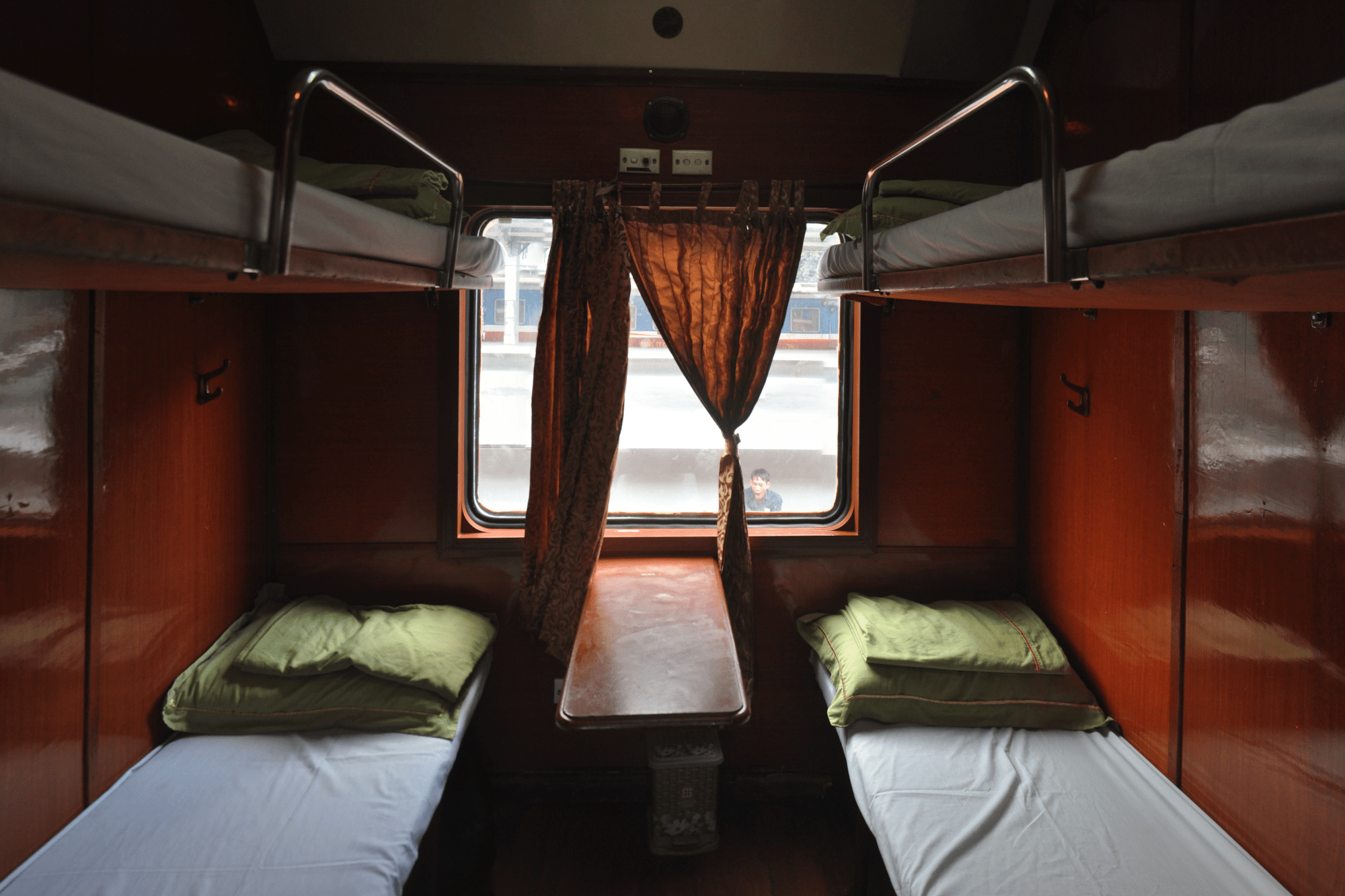 Especially in Hanoi’s Old Quarters, watching your train cut right through a housing estate is something you’ll want to experience for yourself: 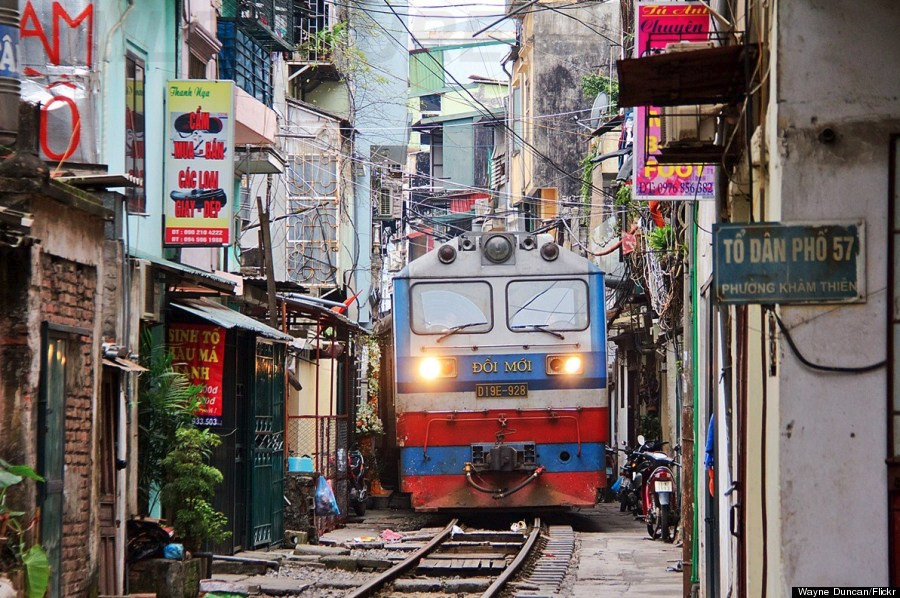 While you’re busy feeling like you’re in Harry Potter’s Knight Bus, make sure to keep your tickets at hand – train conductors will ask for it. And if you don’t feel safe enough even with the lockable cabins, get the top bunk, and hug your valuables to sleep. 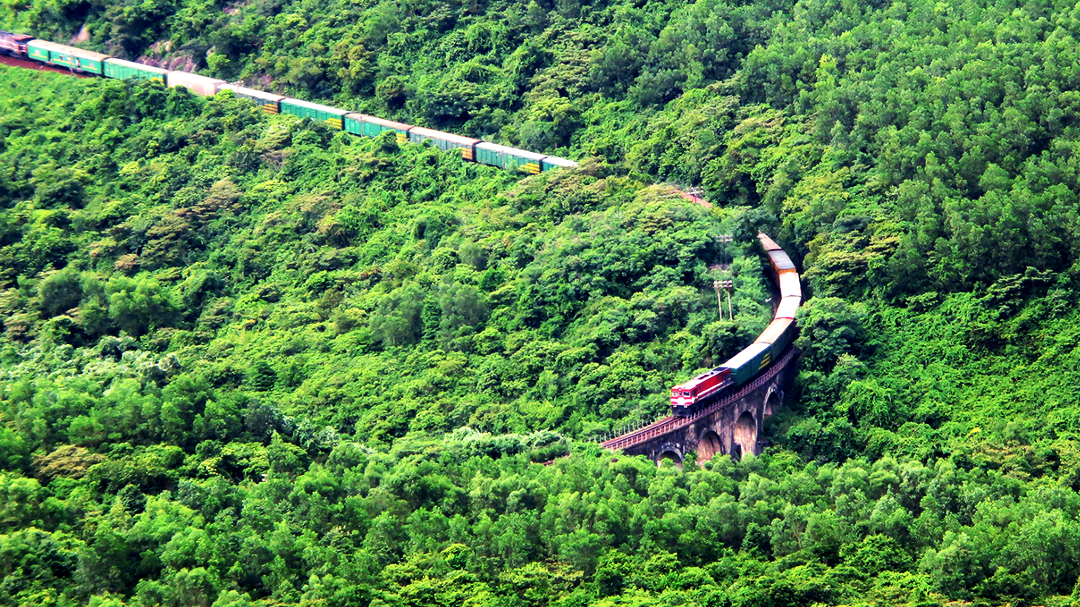 Once you leave the main city, your train will be going through the forests, skimming coastlines, and crossing bridges. 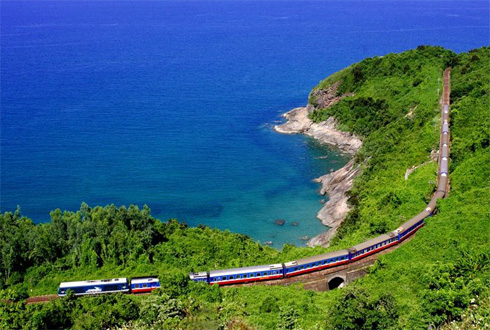 Tip: Hanoi gets to a comfortable 19 degrees Celsius or so in winter, so travel from December to January to escape the tropical heat. Ho Chi Minh is hot and humid throughout the year.

5. Beijing to Ulaanbaatar – through the Gobi Desert

China and Mongolia may be neighbours, but their culture and landscapes are jarringly dissimilar. Taking the Trans-Mongolian Rail from Beijing To Mongolia brings you on an epic rail journey through the Gobi Desert, letting you watch the views of industrial China slowly transition into the vast, endless plains of Mongolia. 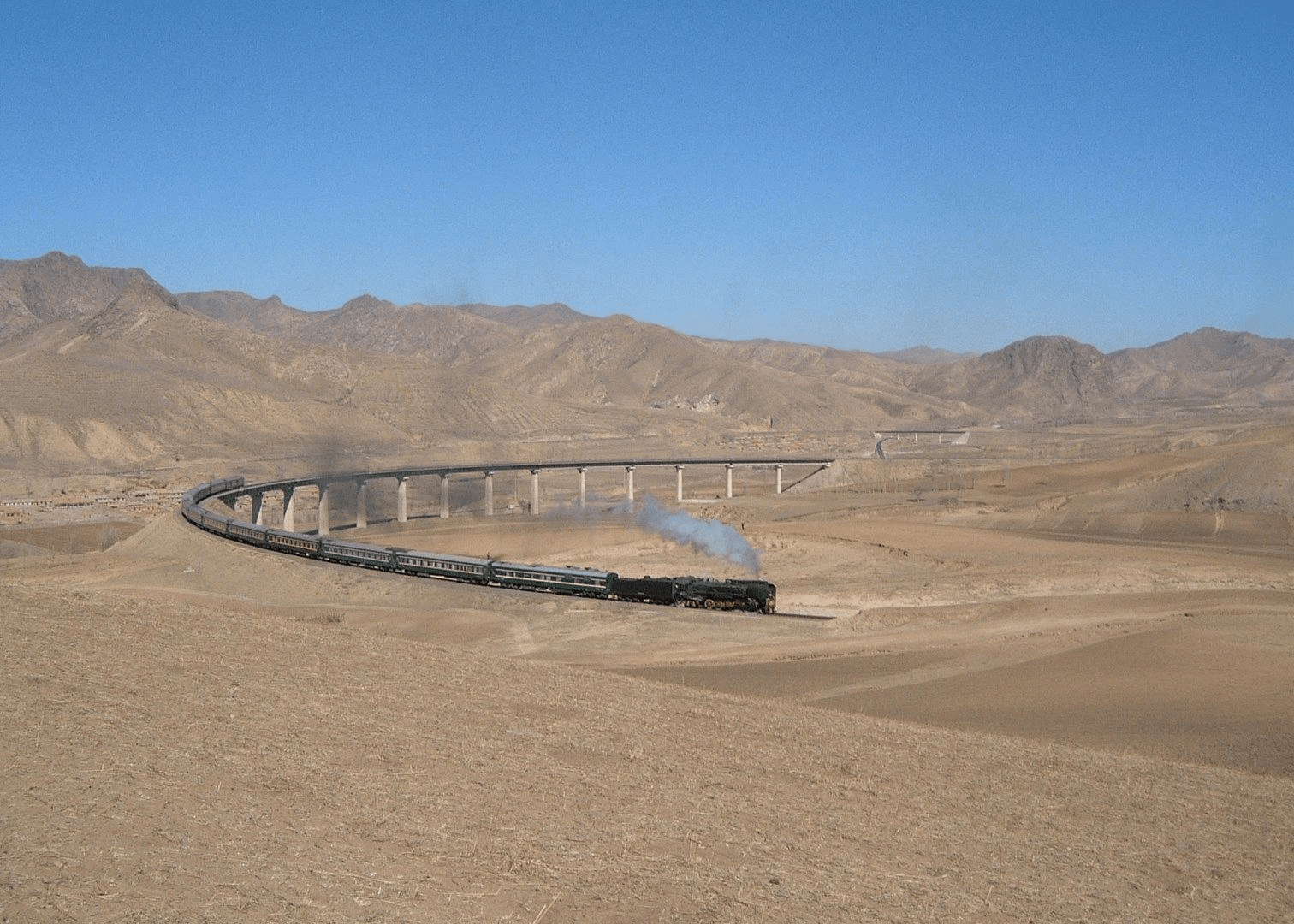 Be prepared, though – the train ride is 30 hours or so, and while you can get off stops to stretch your legs, you’ll be carriage-bound most of the time. And everything’s written either in Chinese, Mongolian, or Russian.

Tip: The lower the train number, the higher the speed and price. But the difference isn’t stark – even the older trains have clean, comfy facilities. 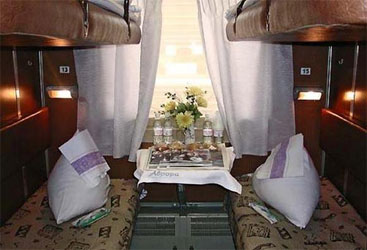 We also hear that the Russian trains are the most luxe for similar prices to the Chinese and Mongolian trains, so get a seat in kupe class, which is equivalent to a second class sleeper. You’ll have two bunk beds with a lockable door and a small common table. 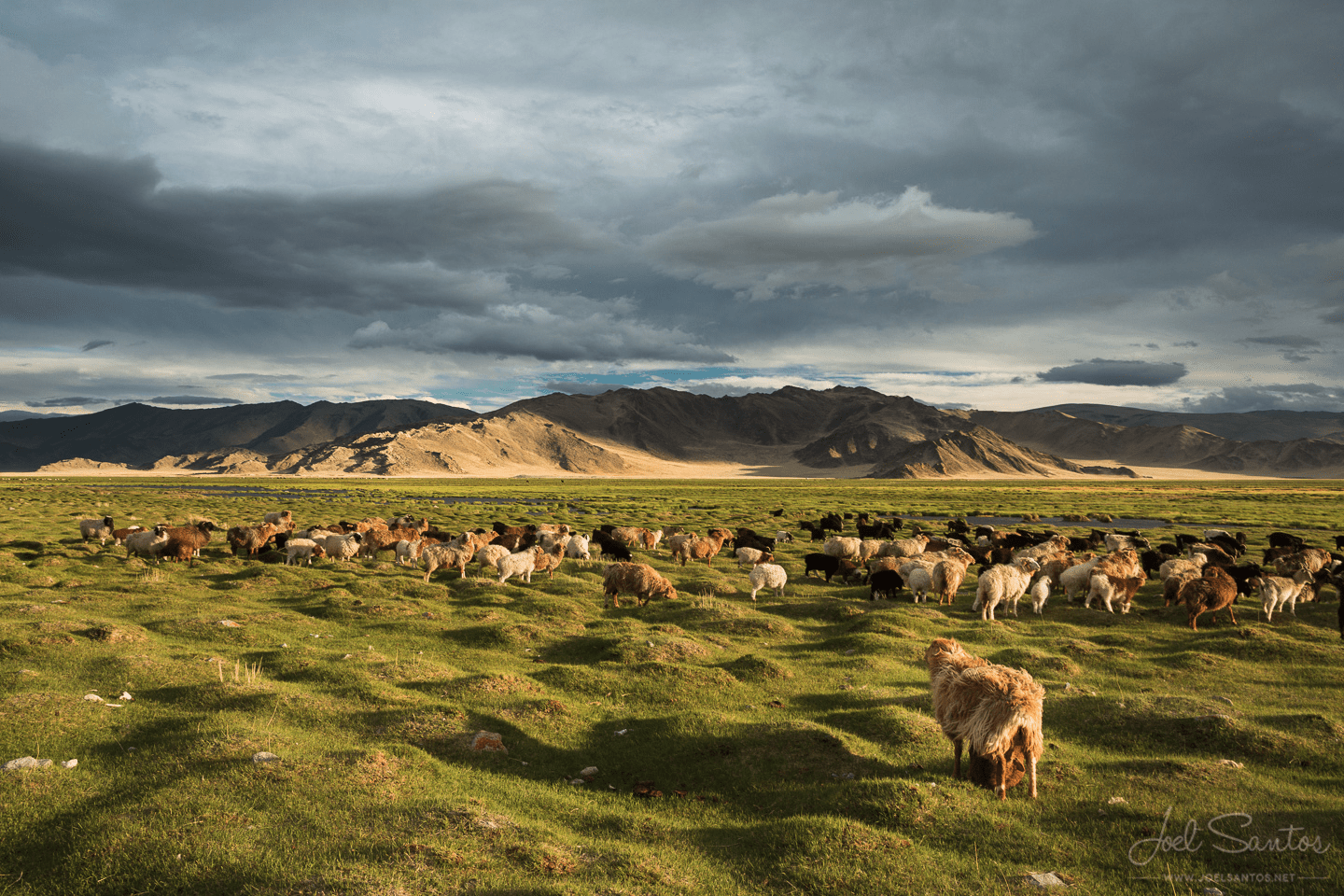 Note: travelling in winter in Mongolia is akin to getting frozen in a massive -20 to -45 degree Celsius fridge. If you’re up for it, the landscape is stunning! But if you can’t handle the cold, we suggest visiting in late Spring or mid-Summer. 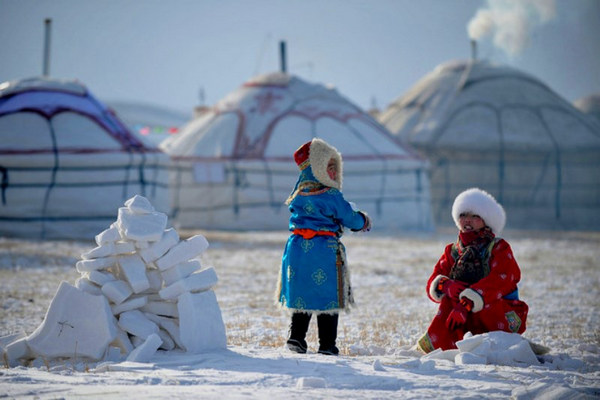 Image credit: Seasons of the Year 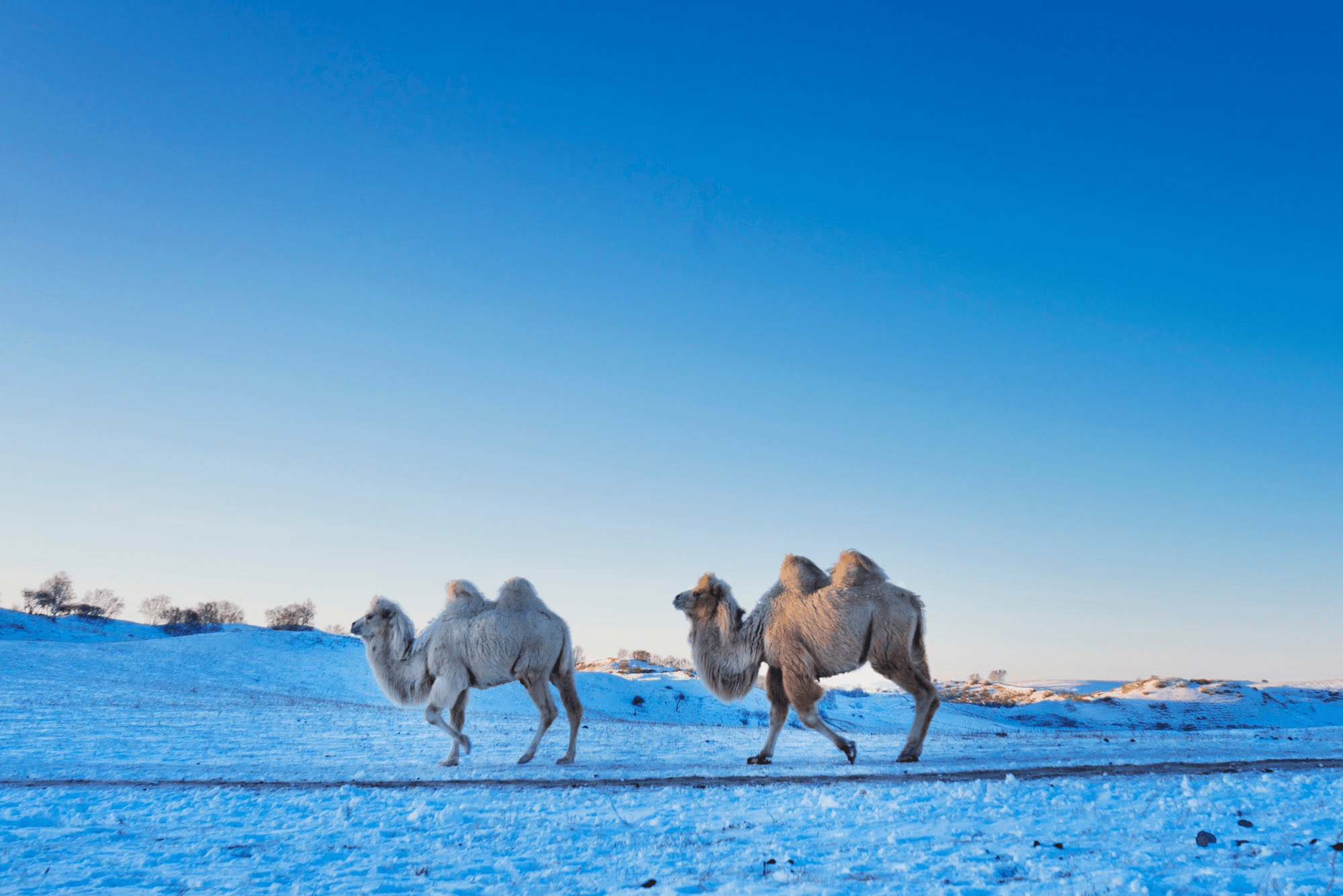 Travel doesn’t start when you get off the plane at your destination – the journey itself adds to the entire experience. You may spend more time travelling via sleeper trains compared to planes, but you’ll get to see some wondrous sights that you otherwise would miss out on.

Before the noisy tourist groups and high prices kick in, grab a pal or two, and hit the rails for an adventure you won’t forget.

Clarke Quay Is Having 1-For-1 Happy Hour And Supper Deals Till The End Of 2017
15 Local Uni Seniors Recommend The Most Interesting Scoring Modules In NTU, NUS & SMU