Deals At Clarke Quay Till 2017 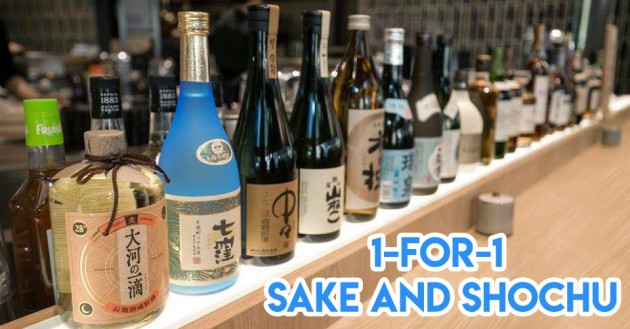 As the sun sets and the clock hands inch closer and closer to 5pm, the zombie-esque office crowd will flood into Clarke Quay – a much livelier pasture than the monotonous confines of high-rise buildings.

With a medley of restaurants and bars that open late into the night, live music filling up the air, and views of the Singapore river illuminated by a myriad of colours, Clarke Quay is the #1 spot for cracking open a cold one, chowing down on savoury food and chilling the night away.

From now till the end of the year, don’t worry about rinsing and repeating this nightlife ritual. The damage to your wallet will be cushioned by these Happy Hour Promotions and Supper Deals you can enjoy every day:

With an assortment of drinks going at lower prices during Happy Hour, heavyweight drinkers can drink to their heart’s content. The casual drinkers with FOMO can also enjoy the perks of Happy Hour – the one glass (or maybe even two glasses) will cost less to last them through the night. 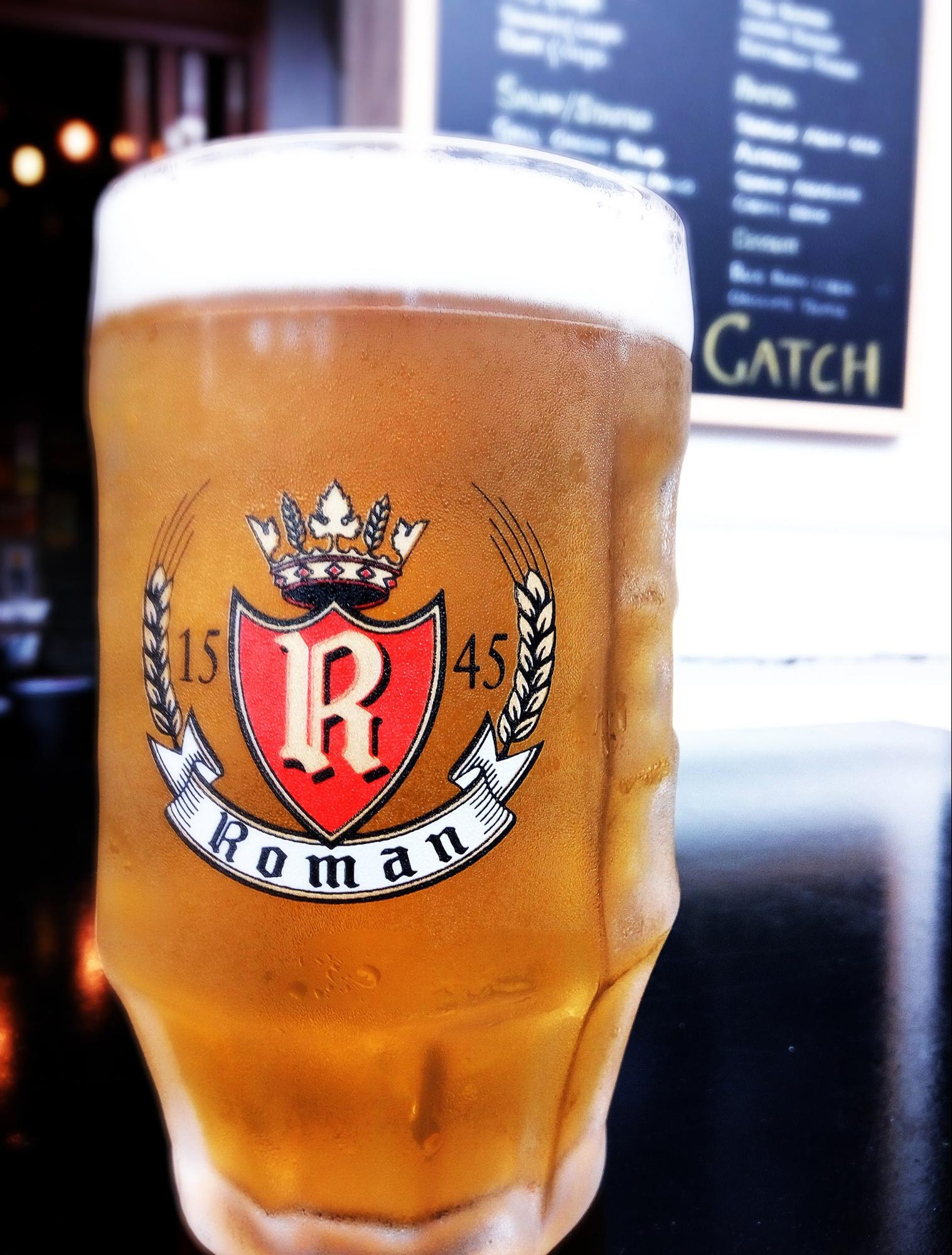 If the scorching noon sun gets too unbearable and not even wearing a cap or removing your coat will help in anyway, you can just head down to Catch Beer & Batter to get chilled with a Romy Draft Beer ($10++). This is the only place where Happy Hour starts daily at 12PM daily, so head down with your lunch crew and cool down with a beer paired with Fish & Chips.

Go for round two during dinner as the Happy Hour deal lasts till 8PM.

1-for-1 Sake and Shochu Cocktails at En Sakaba 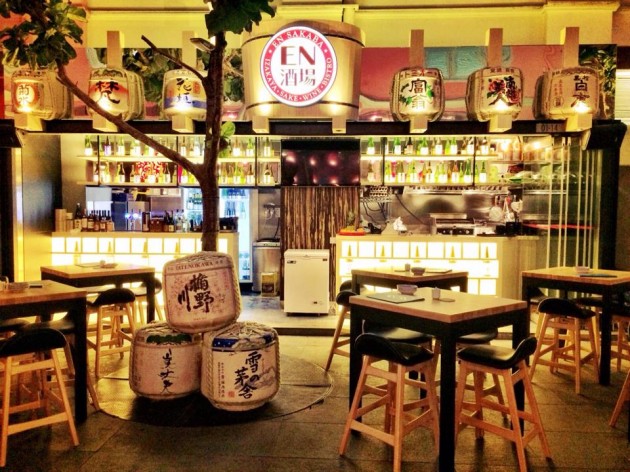 No Japanese meal is complete without green tea. That, and alcohol. From 5PM-9PM daily, savour sashimi and sushi with En Sakaba’s range of Shochu cocktails at 1-for-1 for $12. For larger crowds, go for an Asahi Beer Bucket of 5 ($38) or an Asahi Tower ($68).

1-for-1 burgers on Mondays at McGettigan’s 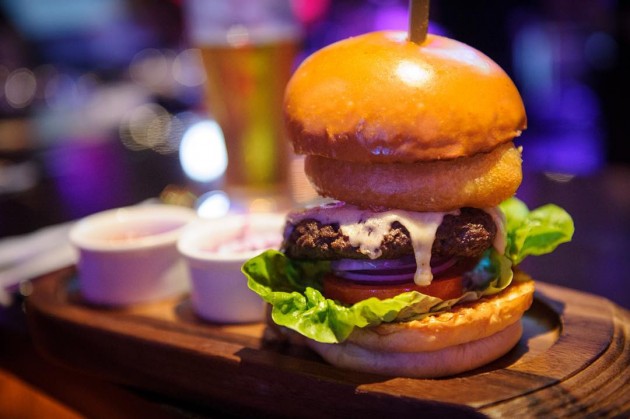 Exclusive to chasing away the Monday blues, you and that one burger buddy can head down to McGettigan’s to get 2 burgers for the price of 1 after 5PM. 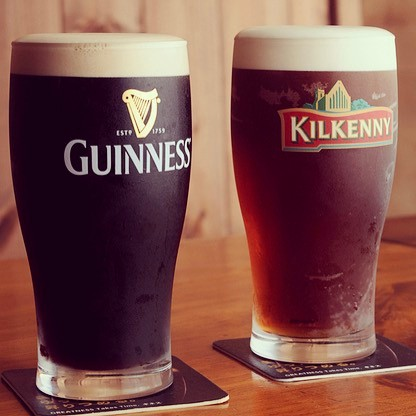 House pour beers, spirits and wines will only cost $10 nett.

20% off bar snacks at Red Tail Bar by Zouk 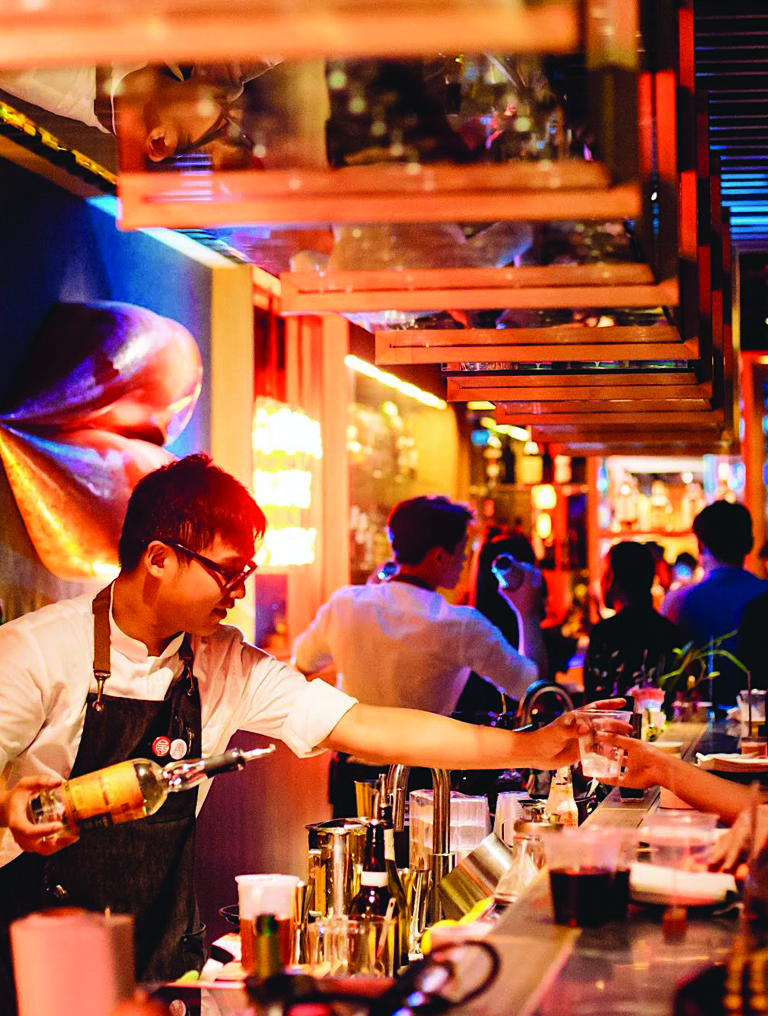 The party starts early for Zouk’s pre-game bar – Red Tail Bar. From 7PM-10PM daily, everyone can enjoy selected beers, spirits and wines for $10 nett at Red Tail Bar by Zouk. If you’re not intending to have a full dinner, snack on bar bites such as Fried Chicken Skin slathered in salted egg yolk sauce, Menchi Katsu Sliders and the all-time favourite Zouk’s Sausage Mash all for 20% off. 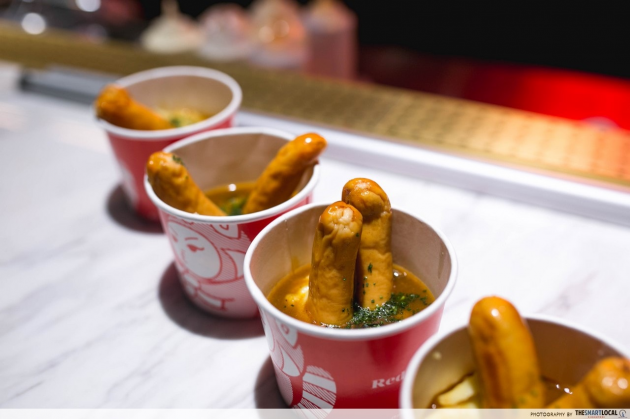 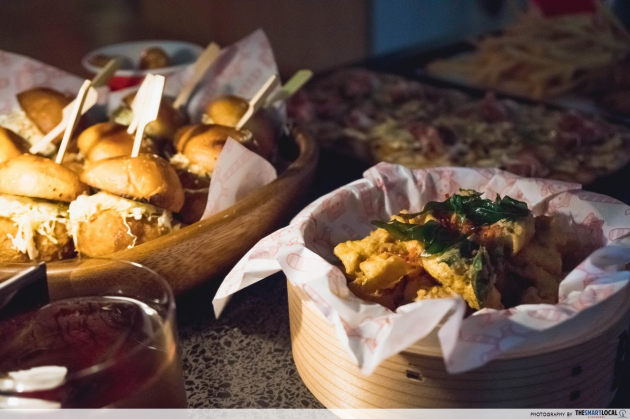 P.S. Spend a minimum of $50 to get complimentary entry to Zouk, Phuture, or Capital without the queues. 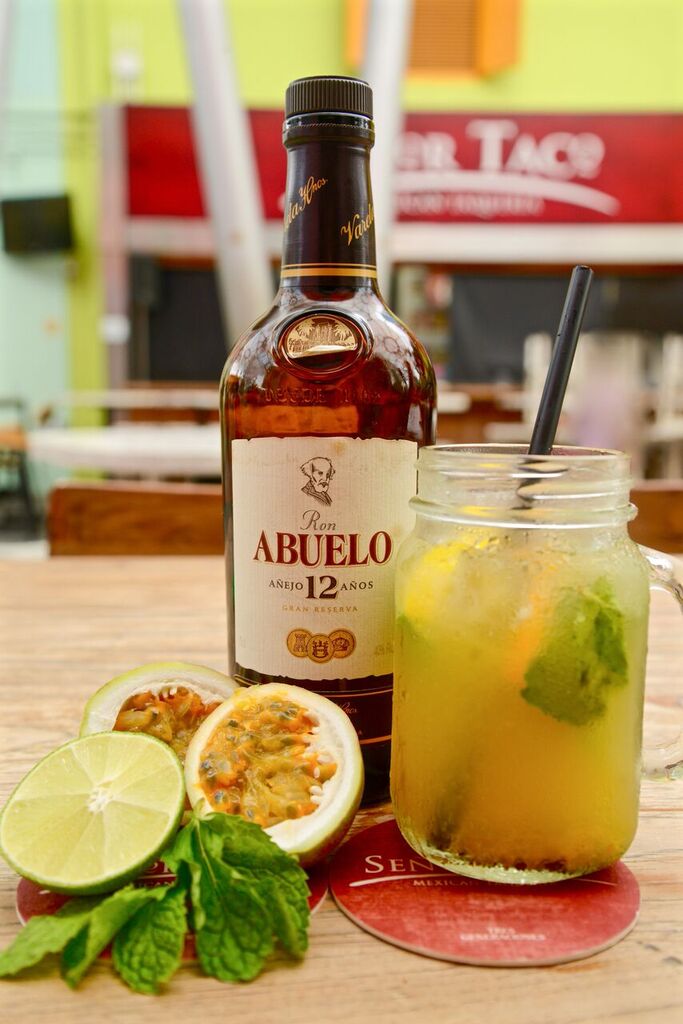 If you think you have two left feet, just take a sip of a $9.90++ selected cocktail and it’ll give you enough confidence to start dancing and partying to the music at Señor Taco. Relish in all-things Mexican with Sizzling Fajitas or Torta Steak main courses at $19.90++.

There’s a theme for each day from Monday to Thursday that comes with all-night deals: 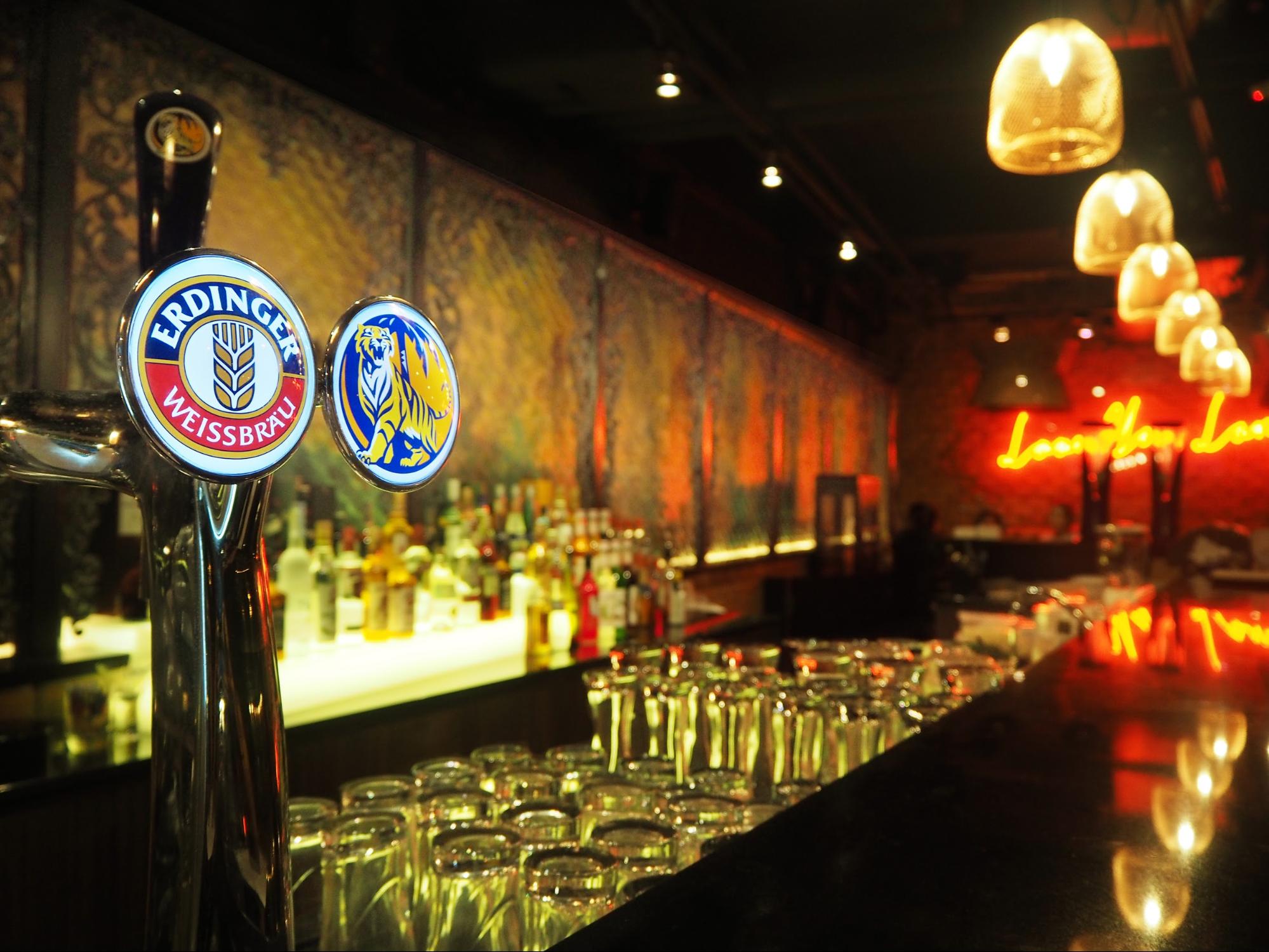 For a casual gathering over drinks, head down to Talay Thai and get $5++ half pint draft beers from 5PM-8PM daily. This should be just enough for you to recharge and rejuvenate before returning to the 9-5 life the next morning.

1-for-1 cocktails on Mondays at Tomo Izakaya 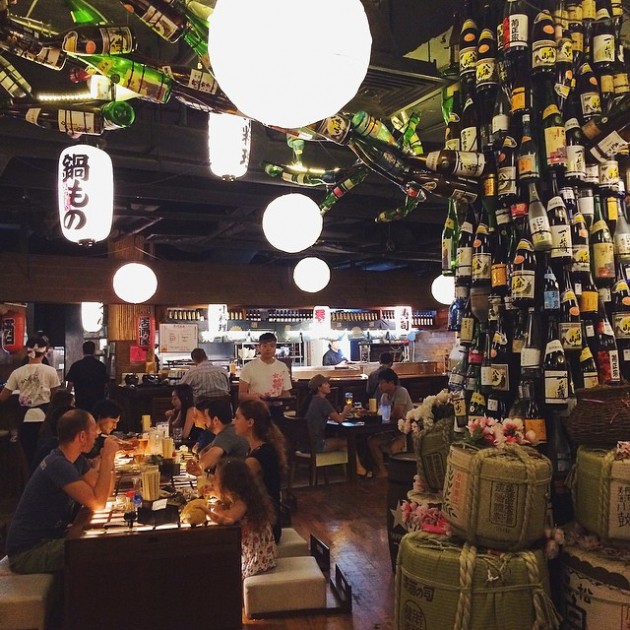 Reward yourself for lasting through another Monday with 1-for-1 cocktails at $18++ (Singapore Sling, Campari Orange, Fuzzy Navel and Mojito) at Tomo Izakaya.

For all days, you can bear the crowd and have an early Izakaya-style dinner with Sapporo Draft ($5.50++) and Suntory Highball ($6.50++) from any time between 5PM-7PM daily.

1-for-1 selected drinks at VLV Singapore 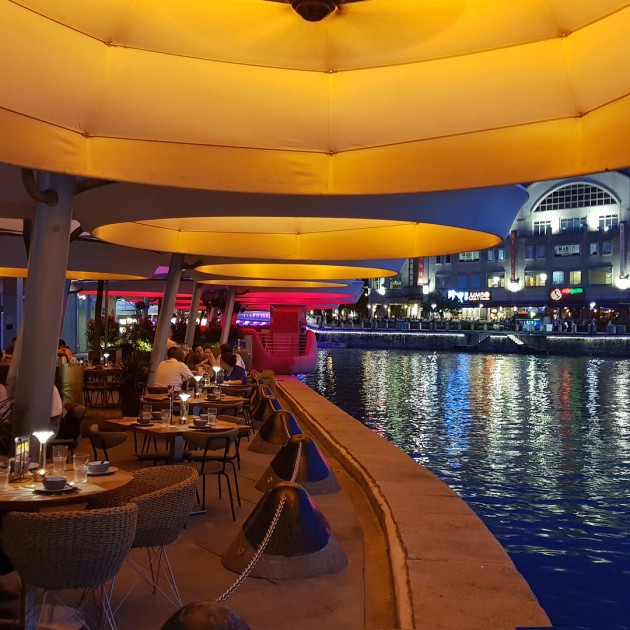 End your day right by catching the sunset from the comfort of riverside at VLV Singapore while sipping on a glass of wine. The 1-for-1 deal on selected beers, house pours, and wines will have you continuing the night in the VLV club lounge housed in a century-old heritage building.

Even if you’re a nocturnal human being who runs on a seemingly never-ending supply of energy to last till the break of dawn, you’ll need some refuelling. Here are some of the late night supper deals that will keep you going: 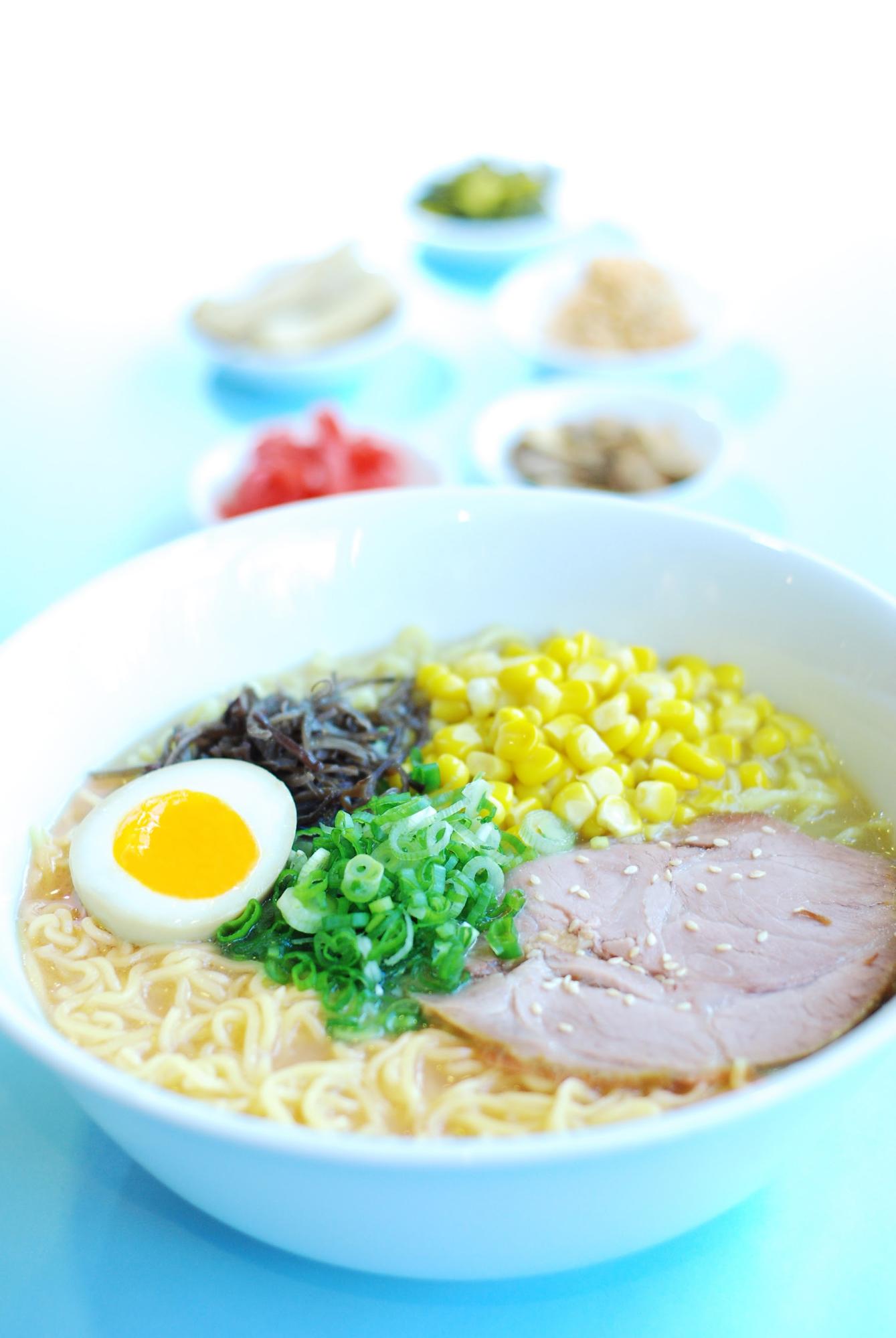 After expending all your energy on social interaction and partying, hunger will probably catch up to you. Satiate your hunger with 1-for-1 Ramen at En Sakaba from 12AM-3AM daily and eat two bowl all by yourself. Only requirement is that you have to order a Soju cocktail. 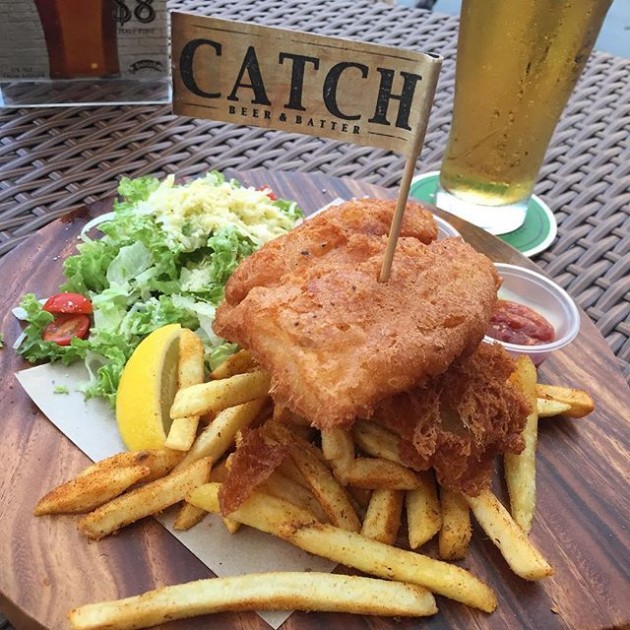 For late night HTHTs you have on the quiet Clarke Quay riverside steps, you can snack on $12++ Fish & Chips (only for takeaway). Despite it being late in the night, the fried fish you’ll be get is fresh from the oven and there will not be a sign of sogginess in the chips.

Valid: Mondays, Tuesdays and Thursdays: till 1AM | Wednesdays, Fridays and Saturdays: till 3AM | Sundays: till 11PM. 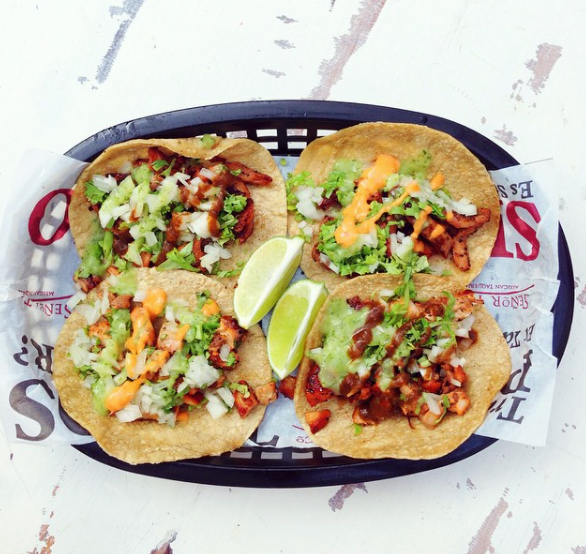 If you don’t have to wake up early during the weekend, then it warrants a food coma on late night Fridays and Saturdays. At Señor Taco, delight in the rich, piquant flavours of salsa and guacamole in Taco Pastors ($20 nett for 4 pieces), Quesadillas ($20 nett for 2 pieces) and Burrito ($25 nett). All sets come with a soft drink.

Valid: Only on Fridays and Saturdays after 2.30AM. 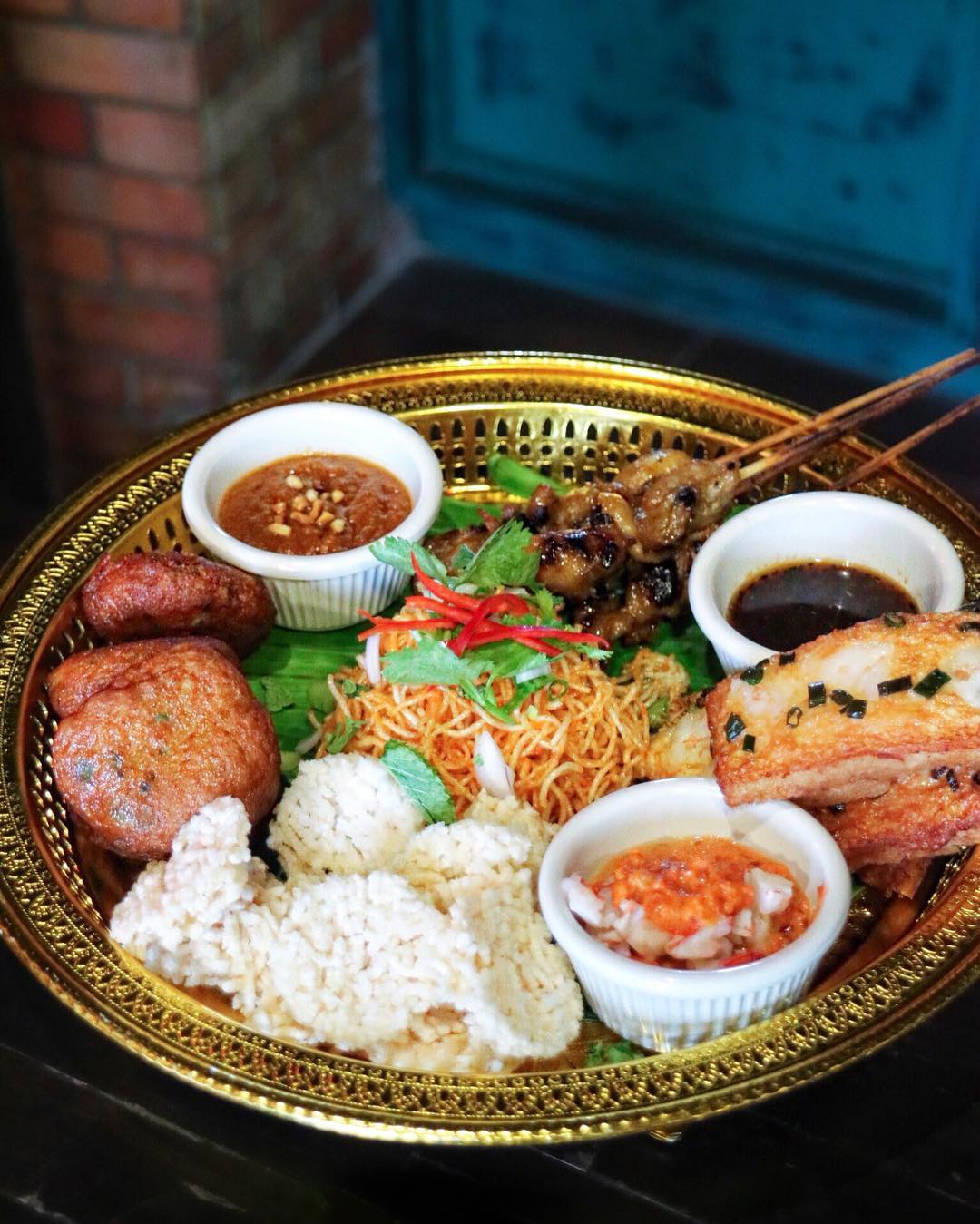 To continue drinking and eating even after the party ends, Talay Thai is just the place with $10++ draft beer only after 1AM daily and variety of Thai-style tapas platter.

New Place to Check Out

$5 nett drinks all night at Get Juiced

This new bar and club puts together technology, cheap drinks and good music for an enjoyable night. Get Juiced uses an app, which allows it to run without queues and you don’t have to use hard cash to pay for your drinks.

All you need to do is order your drink on your mobile phone, pay the $5 through an online card transaction, wait for it to be prepared and then collect it. No energy is wasted on trying to get the bartender’s and waiter’s attention in the dark. 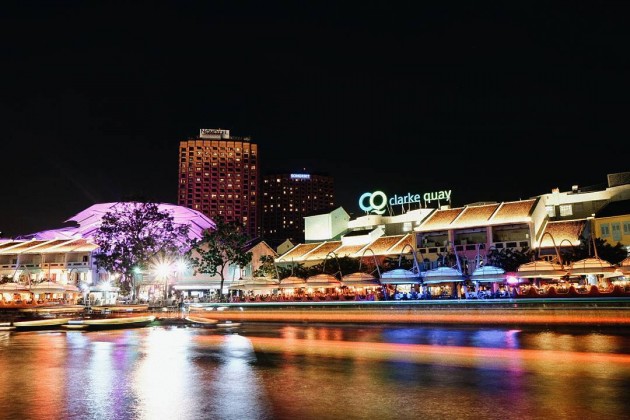 With Happy Hour deals and Supper deals going on till 31st December 2017, it’s a good enough reason for you to stay out more and way past midnight.

You’re in luck if you’re a CapitaStar member, because you can gain 3X STAR$ Rewards every time you scan your Happy Hour receipts from participating outlets in Clarke Quay. Collect more STAR$ Rewards and redeem CapitaVouchers to shop even more at CapitaLand Malls.

Before you set off on a eating and drinking spree, here are some terms & conditions to look out for:

This post was brought to you by Clarke Quay.