A Guide to Singlish Part II 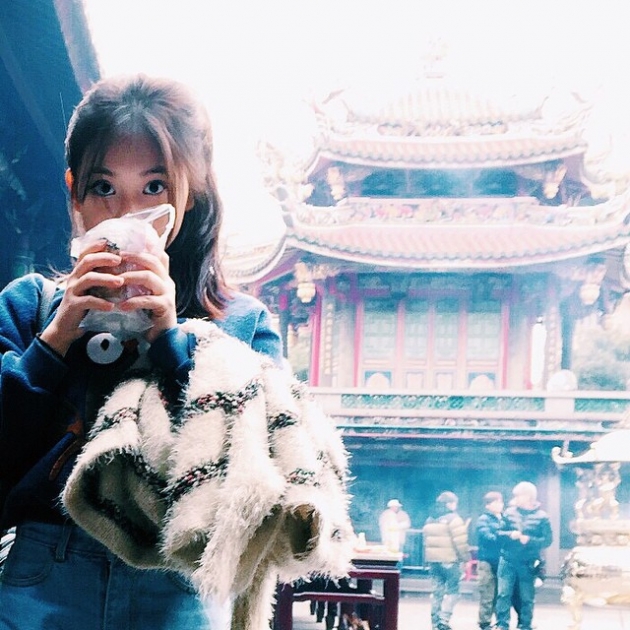 A big thank you to all our readers who submitted suggestions in our earlier guide – 20 Slangs Only A True Blue Singaporean Will Know. By popular request, we’ve decided to come up with a second part to our guide. We’ve also provided explanation to these terms, so our non-Singaporean friends would have a better understanding of our culture and lifestyle.

This is dedicated to all Singaporeans and their loved ones, both home and abroad.

1. Wake Up Your Idea

What it means: “Wake up your idea” is a phrase told to a person who needs to pull up his/her socks or get a grip on his/herself for whatever reason.

Recruit: Sergeant!! I… I… My girlfriend broke up with me yesterday. I emo. Today can ATT B (army lingo for reporting sick)? 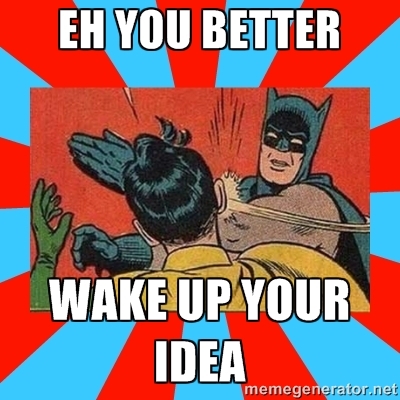 What it means: “Heng” is a Hokkien word which means lucky  or fortunate.

Harry: Hey Emma, I’ve got something that I’ve been wanting to tell you all along… 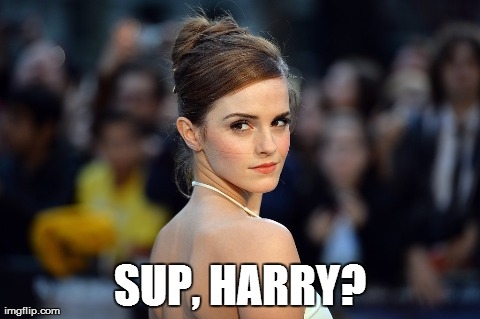 Emma: *thinks to herself* Wah, for a moment I thought he was gonna confess.

What it means: “Sabo” comes from the word “Sabotage”, and it is used when someone intentionally plays a prank or does an act that causes harm, inconvenience or leads to the other party being punished. 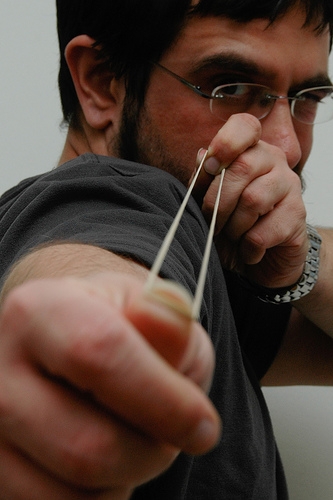 Teacher: WHO DID THAT? 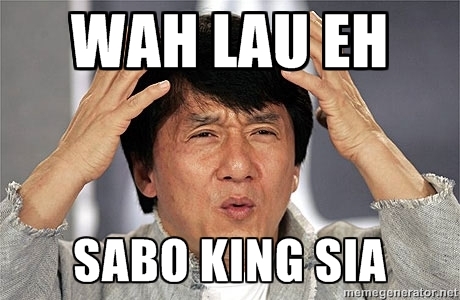 What it means: A Malay word that means stand or uphold, “Tahan” is mostly used in the Singaporean context to mean endure or holding out. 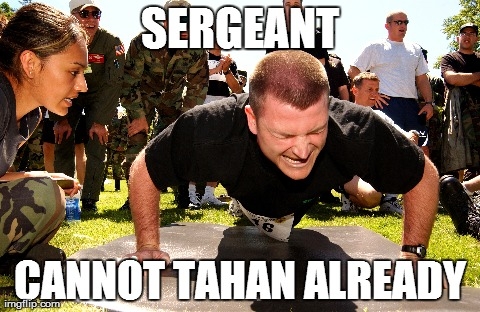 A: *flips over laptop screen* SEE THIS! 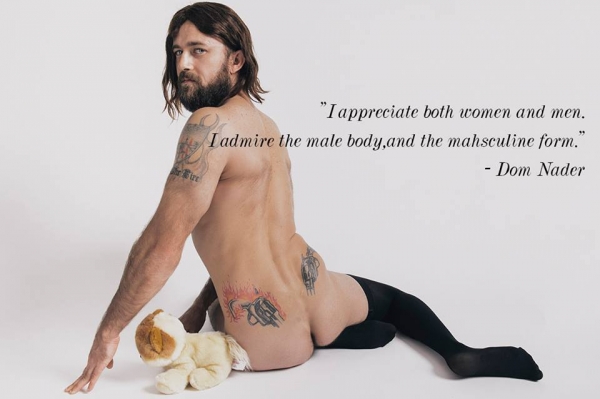 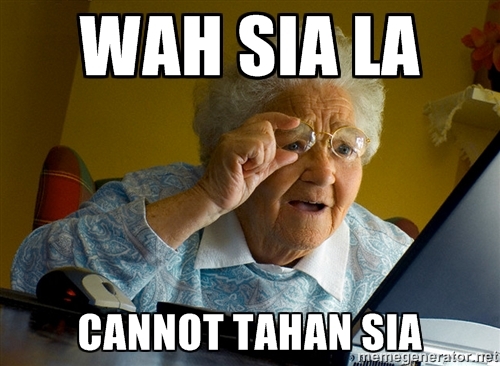 What it means: A short form for nevermind, “nehmind” is the cool Singaporean way of shrugging off conversations you no longer have an interest in continuing or to downplay the significance of something.

B: Nehmind one lah, pen only.

A: Orh, liddat one ah… Later I borrow your girlfriend k 😉 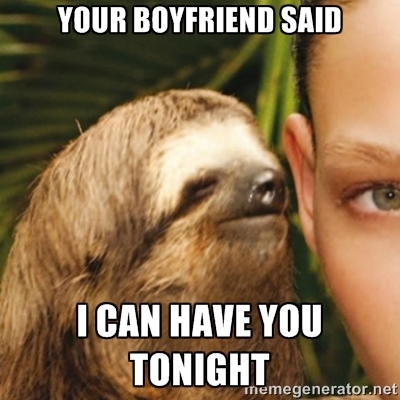 What it means: “Siam” is a Hokkien word which means to avoid or get out of the way. It is usually used as an impolite exclamation to tell others to get lost or go away.

Mom: *Takes a mop and starts mopping in front of the TV*

What it means: Rumoured to originate from the word “Chop”, “Chope” is used to mean to reserve or to hold for someone; most often used to signify the reservation of seats. 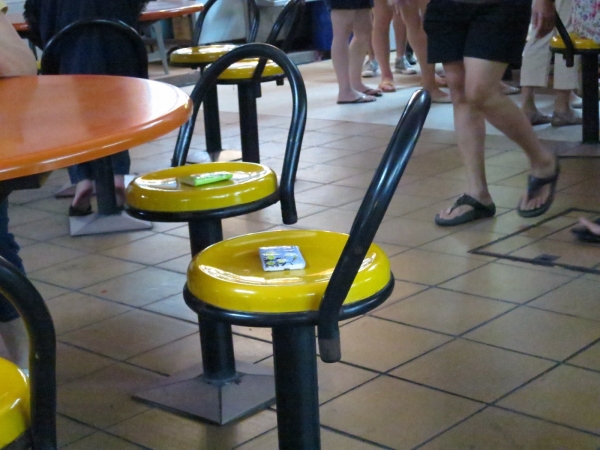 Office Lady A: Wah thankfully got seats, this stupid lunch place so crowded.. *seats herself down*

Office Lady B: *returns to seat with food* EH EXCUSE ME YOU BLIND OR WHAT, CANNOT SEE I PUT THIS AH? 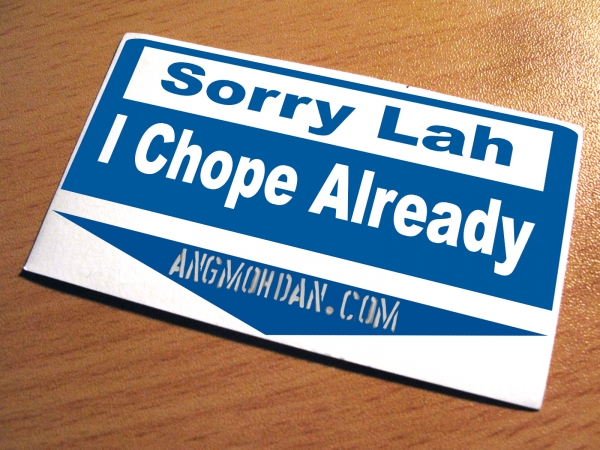 What it means: Originally from the nautical term “Go Astern” which means to go backwards, “Gostun” is the Singlish-fied term to mean reversing a vehicle (usually a car).

P.S. You guys don’t really need to see a car gostan-ing do you? Ok maybe you do.

What it means: “Kena” is a Malay term which denotes that something has happened to someone or something.

A: Eh park here lah, got space and so ulu nobody will check.

B: You park here later kena summon how? 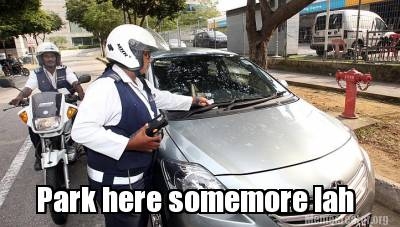 What it means: A website started by Singapore Press Holdings to promote citizen-journalism, the term “STOMP” or Straits Times Online Mobile Print has evolved into a term used by locals to denote the un-welcomed act of having a photograph taken and published online @ STOMP. 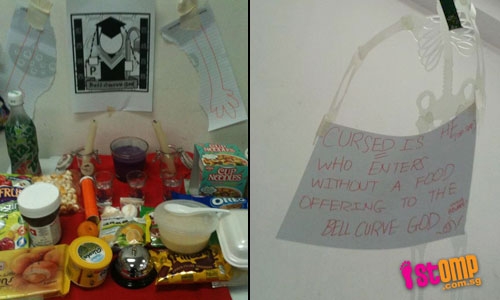 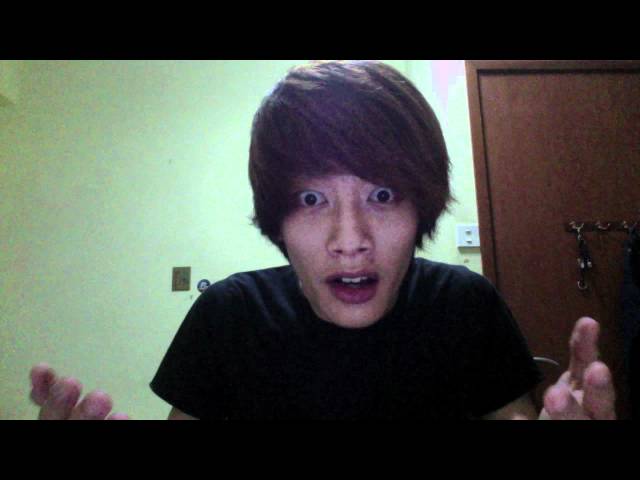 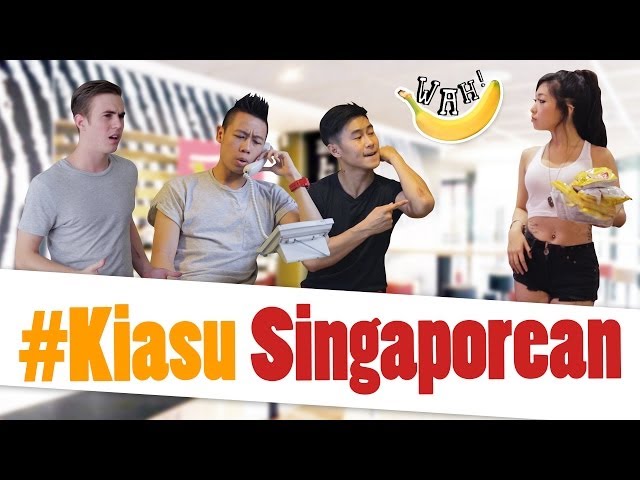 What it means: A Hokkien term meaning hurry or to make haste.

What it means: “Shag” has different meanings all around the world. In the Singaporean context, “Shag” is used to signify tiredness, exhaustion or fatigue.

B: Why? Last night party till late ah? Or exams study till shag? 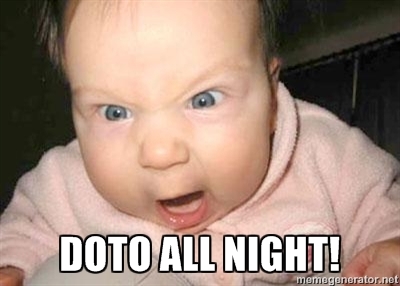 What it means: A term of unknown origin and more often used by the older generation, “Or Bi Good” is a phrase used when a person has gotten what he or she deserves.

Boy: Maaaaaaaaaaaaaa, today I fall down cause I chased a girl. Super pain see.. I’m bleeding 🙁 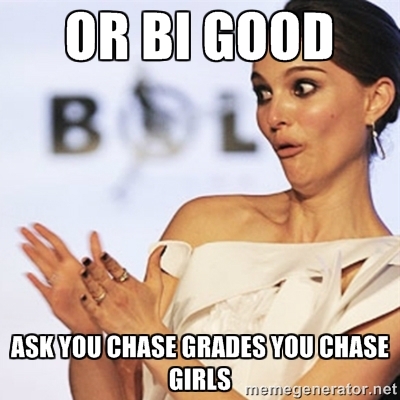 What it means: “Shiok” means pleasing, enjoyable or pleasurable. “Shiok” is a term that is used when a person is enjoying him/herself. 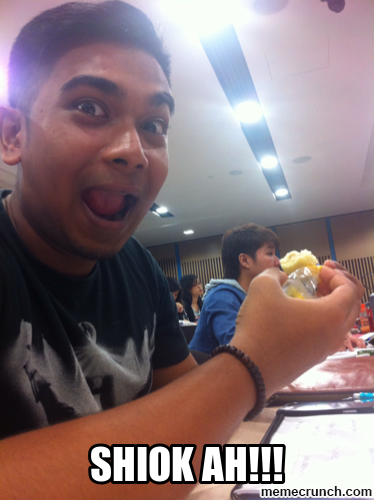 A: Bro, how much is your starting pay? 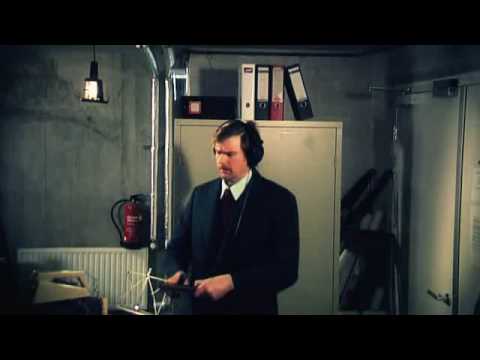 What it means: Pronounced Scar-lee, “Sekali” or “Sakali” is a Malay word that is used to mean what if or lest.

Girl A: Eh, you club so often, then your boyfriend like also steady with you coming. Sekali you see him here with some other girl, how ah?

-5 seconds later in the club- 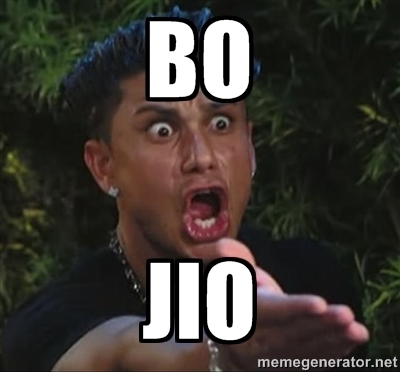 What it means: Originating from the Malay word “Macam” which means like, similar to or resemble. “Machiam”, pronounced Ma-Chee-Yum, is used in similar fashion to Macam, albeit in a Singaporean pronunciation.

A: Sigh, I have no idea how to win her heart. She seems to be playing hard to get all the time. I’m confused.

B: Bro, you need to have the moves. Be confident, tell her she’s gorgeous. Let her know you’ll be there for her. Read some tips on basic pick-up. Be the man. Write her poems, sing her a love song. Make her feel like a woman. Don’t worry man, I’ve got your back, so does C. We are here for you, no matter what! 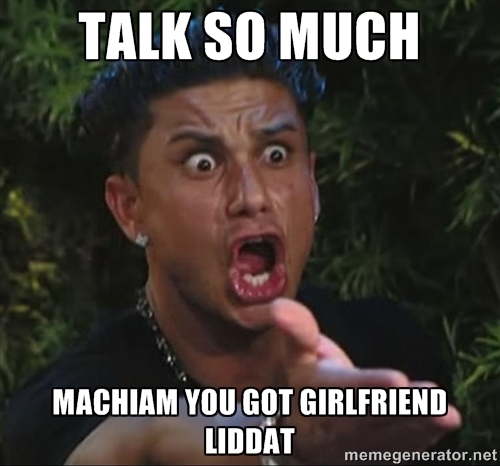 What it means: Famously originating from Phua Chu Kang, “Abuden” is used when a question asking the obvious is used. The Singaporean way of saying, “Duh!”

The Everyday Singaporean (See the full video of the above image here!): 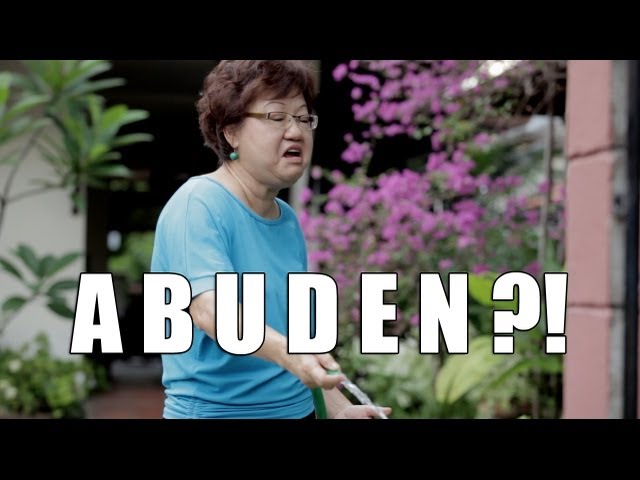 What it means: A Malay word that means wrong or incorrect, “Salah” is used when someone has done or said something wrongly.

A: So I spent 3 hours re-adjusting the financial projections for Singtel, and I think I finally got it right already..

What it means: A Hokkien word that when translated means profound or deep. “Cheem” is used as a comment or response to something said or an action done in a complex/difficult to comprehend manner and makes you go:

I hope you’ve had fun reading this!

We’ve tried to include most of the popular Singapore Slangs but I’m sure we’ve missed a few. Is there any others you want to see included? Let us know in the comments below!