The SIA Light Up The Night Carnival Is Here!

Here comes the weekend again! It’s that time of the week when movie tickets are more expensive than ever, every restaurant has a queue and getting a cab is harder than catching a rare pokemon. Everywhere from Tampines to Jurong is crowded and the struggle is real. But there’re other things to do besides hitting the malls!

Adding on to our list of 20 new and fun things to do in August today is the Singapore Airlines Light Up The Night Carnival, held at the F1 Pit Building for just two days – 22 and 23 August 2015.

Here’re 5 things you can only experience at the SIA Light Up The Night Carnival.

1. Channel your inner Lewis Hamilton on the Go-Kart 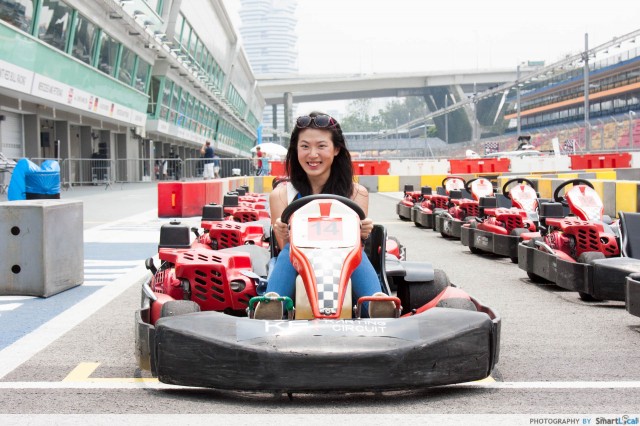 Back in primary school, going on the Go Kart at Escape Theme Park was the epitome of badassery. 10 year old me would’ve been so thrilled to know that I’ll one day be completely legit. Today’s the day, guys! 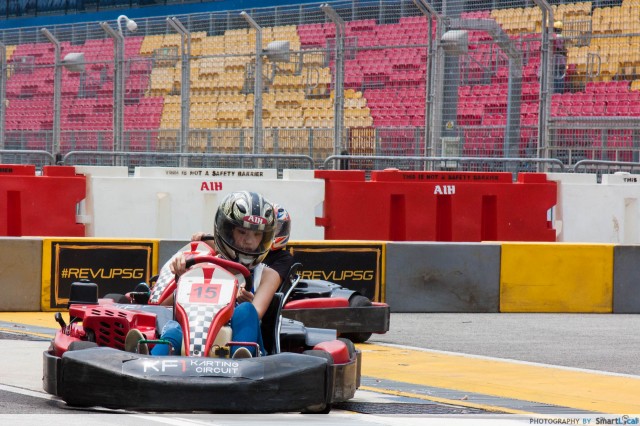 For someone without a driver’s license, this is the closest I’ll get to being on the road for now. Cautious at first, I drove so slowly it was embarrassing! Once i realized the whole world was overtaking me, GAME ON! But by the time I warmed up and pulled my first stunt at drifting, it ended. I came in 10/12 but yay, I’m not the last! I climbed out of my kart feeling like a winner.

Note: Participants have to be at least 1.5m tall and in covered shoes. A nominal fee of $5 will be charged and proceeds will go to the community chest.

2. Have a go at the Marina Bay Street Circuit 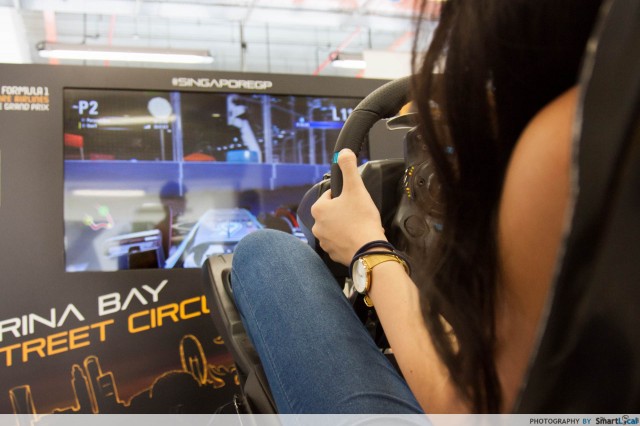 I’m terrible at video games – i have a track record of never winning a single Daytona game all my life. Though I had mixed feelings about this, I just had to find out for myself. Especially when the race track simulated is the Marina Bay Street Circuit itself! 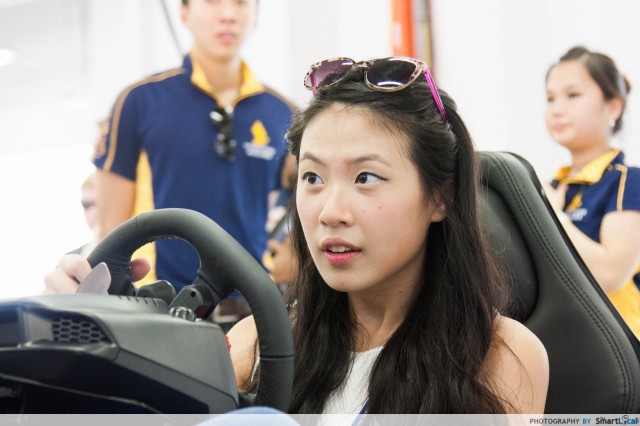 Here I look focused and in control, but this really didn’t go well at all. At one point I was reversing all the way towards the finishing line. Still I’m really impressed by the quality of the graphics, and the idea of riding through Marina Bay Street Circuit is pretty darn original.

3. Be a paper plane champion! 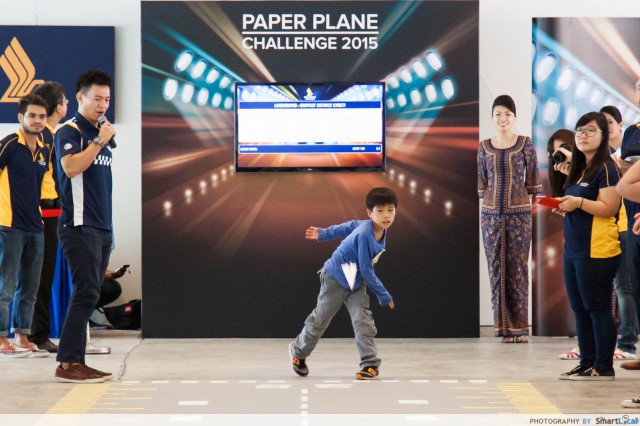 If you think that there’s only 1 way to fold a paper aeroplane, you have no idea. These kids mean business! This activity is open to students and adults too, so you’ve ample time to up your game so maybe you wanna start researching on how to build the ultimate paper plane. #justsaying 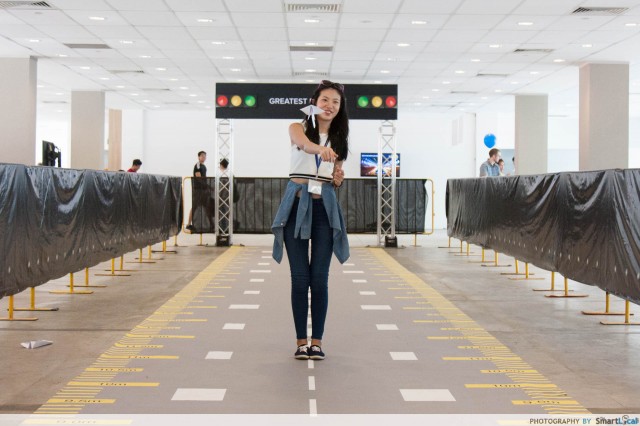 Apart from the paper plane segment, I’d imagine the children activities to interest parents as well. Besides remote control racing and face painting, there’s also a makeshift movie theatre that screens movies like How To Train Your Dragon (1 & 2), Planes and Big Hero 6. 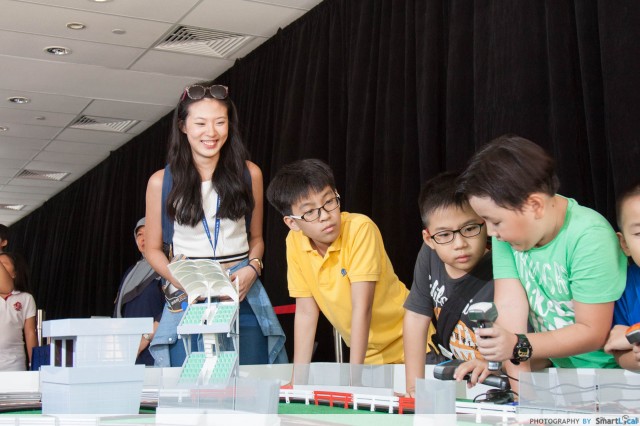 4. Change an F1 car tyre within the shortest time 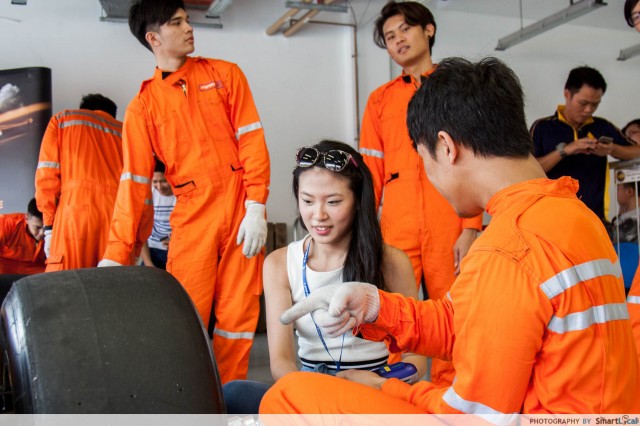 At this challenge, you can have a taste of what happens behind the scenes of the F1 race at the pitstop, where 16 crew members are stationed to change the car tyres with a high speed air gun. The model we have on site is a replica of the 2014 F1 champion. 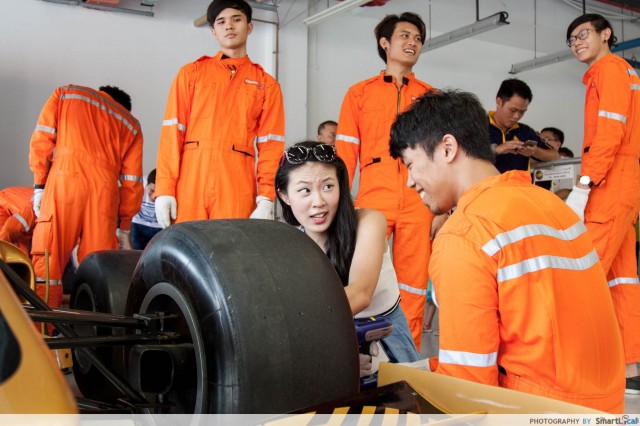 As I tried my hand at it, the high speed air gun was fairly easy to operate, much like a tool you’ll find in a D&T workshop back in school. But the tyres? They were really heavy. If not for the help I got, it may not have budged at all. The mechanics are the unsung heroes of the glitzy event, behind the lights, camera and fast action. 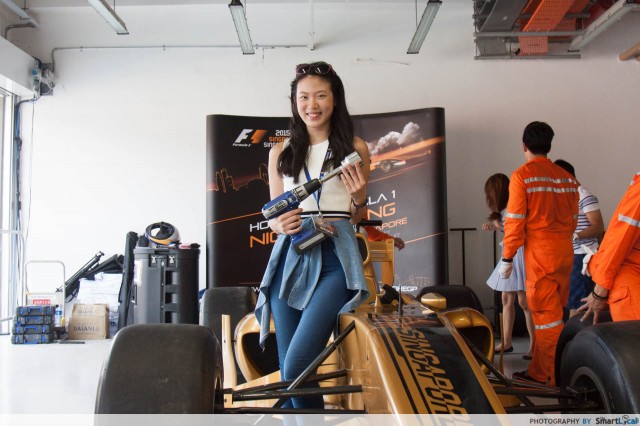 Think you’ll be able to do it? Set your record time right here! 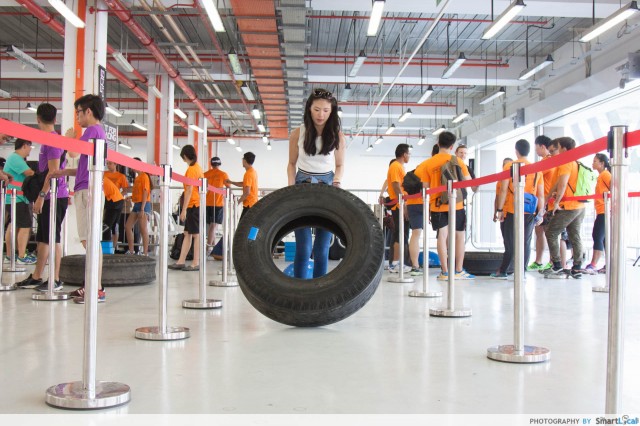 This goes out to the PES A, IPPT Gold, fitness junkies or anyone who’s curious and game enough to give it a go! The Fit For Racing challenge comprises of 6 circuit style workouts of an F1 racer’s training plane. 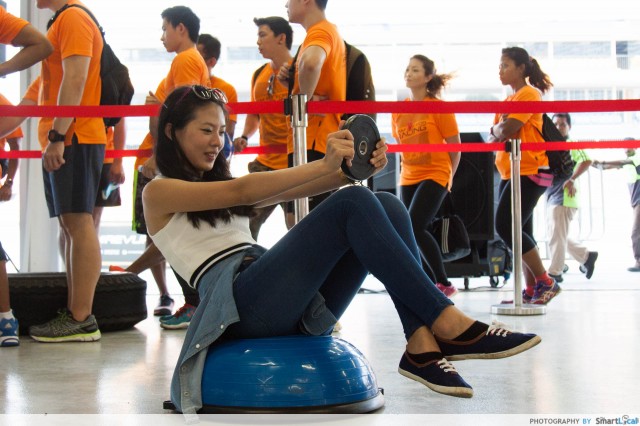 I had a go at the “tyre flip” and “core strength” element, where one has to balance herself in this position. I inwardly celebrated being able to hold for what felt like 5 seconds, but later learnt that the requirement is actually 2 minutes…

I guess being an F1 driver just isn’t my true calling. But since most people should be fitter than me, skip the gym tomorrow and unleash your prowess here instead.

SIA Light Up The Night Carnival 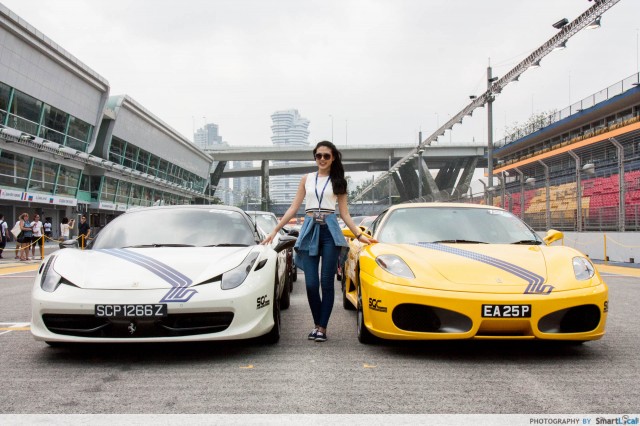 If you need one more reason to visit the carnival, it would be that admission is free for all! Always say yes to free stuff. Besides, where else can you watch live stunt driving performances or see Singapore’s fastest and most expensive cars on display? 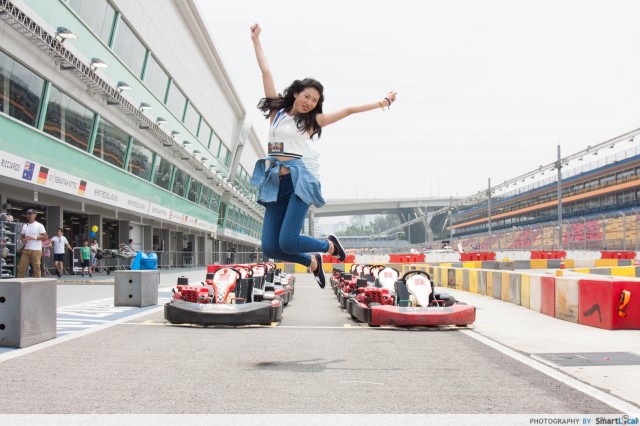 There’s something for everyone here, so c’mon down and have a weekend well spent! The SIA Light Up The Night Carnival 2015 is held on 22-23 August 2015, from 1-9pm. The carnival is one of the activities leading up to the Singapore Airlines Formula One Grand Prix 2015.

This post was brought to you by Singapore Airlines. 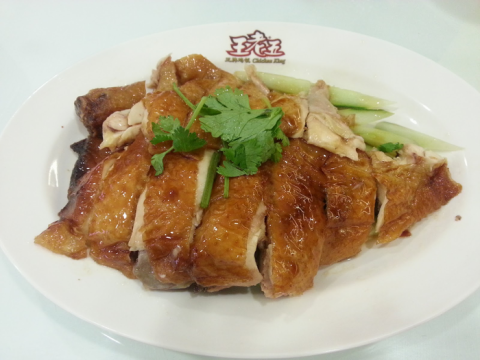 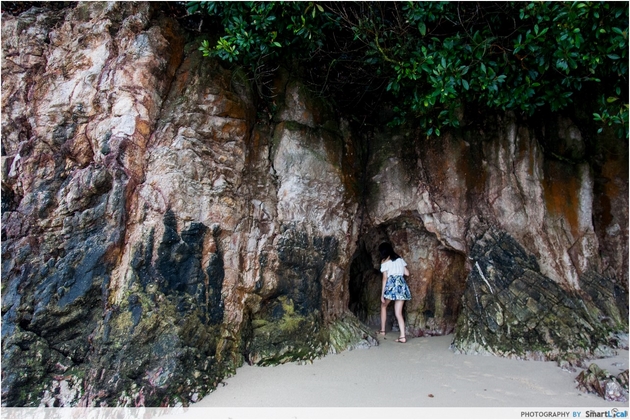