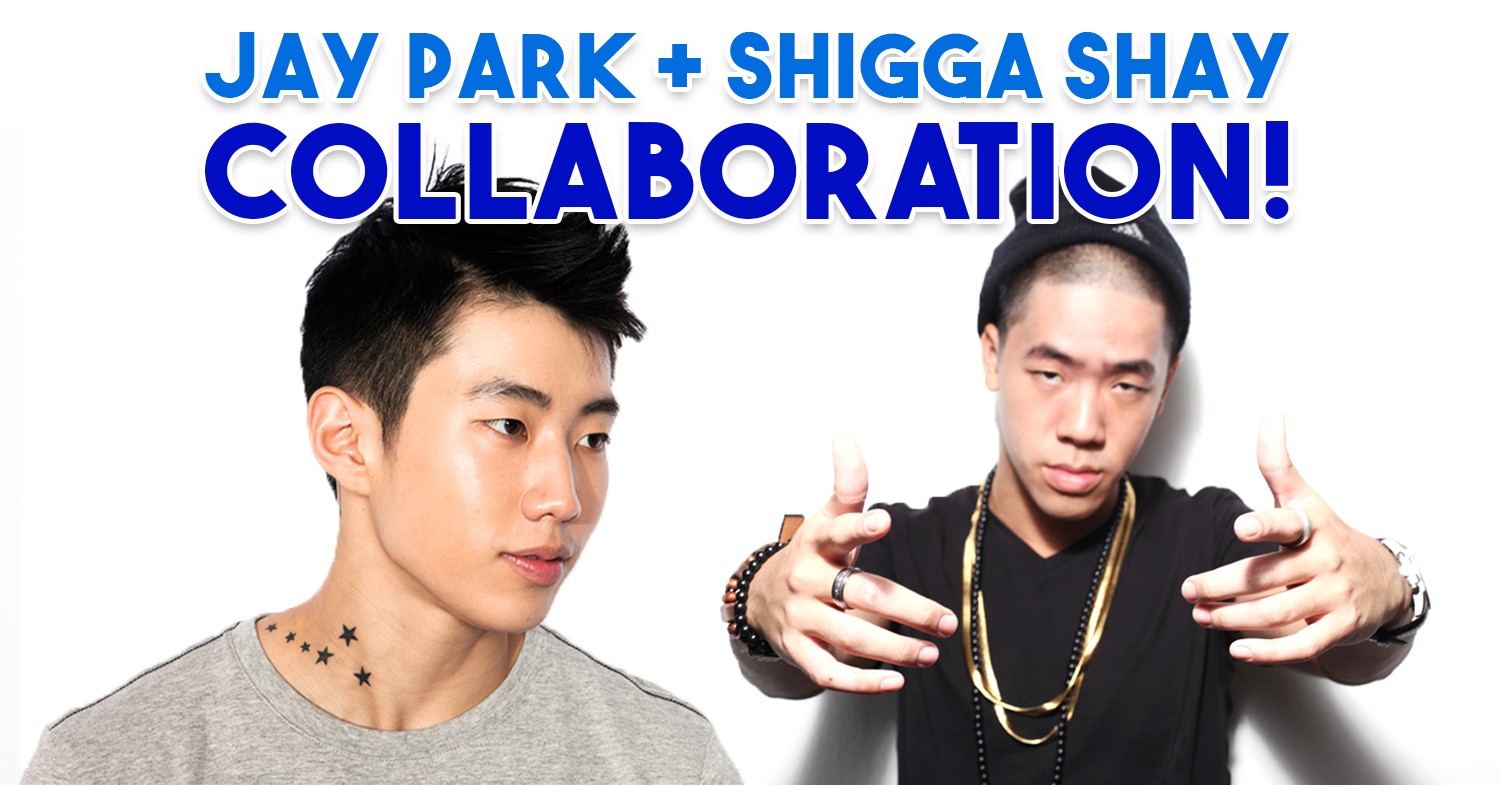 There’s nothing like being young – it’s the time of our lives when everything seems possible. Check out how talented these young Singaporean musicians are, and you’ll be tempted to catch a gig this weekend. Recognising this talented generation, SHINE Festival celebrates all things youth, taking concrete steps to grow diverse interest groups and promising talents.

Here are 10 reasons why you should check out the 2016 edition of SHINE Festival!

Anyone who follows K-pop will know Jay Park. He rose to fame as the leader of boyband 2PM in the early JYP days, but has since emerged as an international icon known for being a multi-talented “born entertainer” – a hip hop artist, dancer, record producer and more. Just check out his swag in the MV of one of his biggest hits. 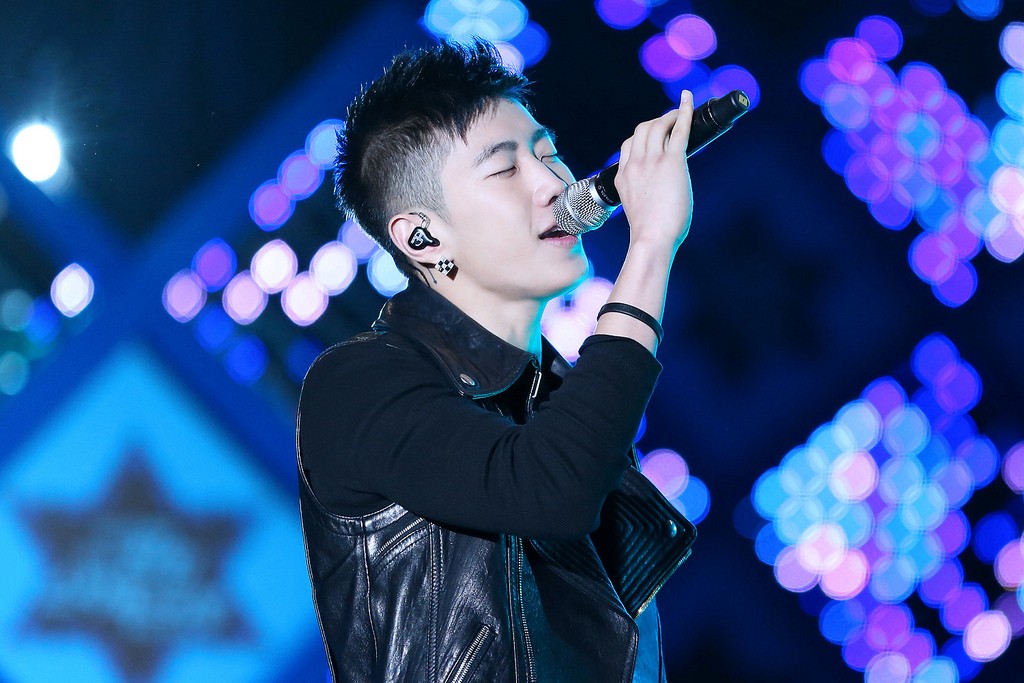 Jay Park’s making an appearance at SHINE Festival and he’ll be impossible to miss – his tribe of fangirls will be screaming their hearts out when he takes the stage. There’ll also be a special collaboration of his song “You Know” with our #LionCityPride ShiGGa Shay, in which ShiGGa Shay will cover Okasian’s parts with his own lyrics. You know you don’t want to miss out.

Charlie Lim is a name impossible to miss in any conversation about local music talents. And when you hear his soulful voice (we know it because he came over to our office for an intimate acoustic session), you’ll know why. A passionate singer-songwriter who has dedicated his life to making music, he’s the perfect mentor to share his journey with young hopefuls.

SHINE x *SCAPE Talent Development Program is SHINE Festival’s main channel to find more of Singapore’s local talents, providing a platform for rising talents to connect them with experienced mentors in the field. Catch Charlie Lim and his prodigies showcase their new and original songs!

A pioneering dance crew in Singapore whose name has become synonymous with the local hip-hop scene, Radikal Forze are undoubtedly a force to be reckoned with. Watch them, along with their newly trained b-boys under the guidance of crew member Sherman Lim, as they freeze on stage like Quicksilver’s insane scene in X-Men: Apocalypse.

4. Fall in love with Gentle Bones

And as if the stage isn’t already overflowing with artistic genius, Joel Tan, known by the moniker of Gentle Bones, will be appearing as one of their topliners! At just 22 years old, he has taken Singapore by storm and has gathered a following of fans all over the globe in merely a few years. 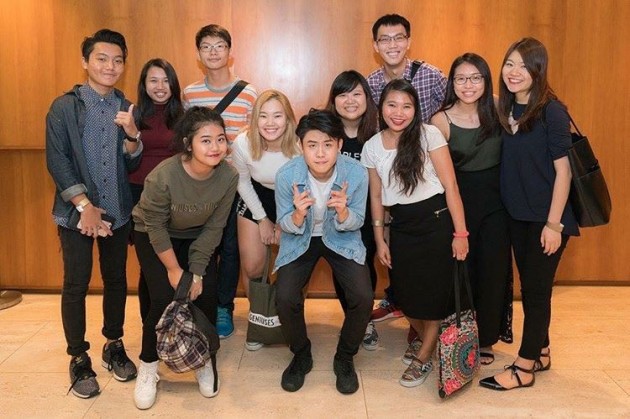 The first Singaporean to be signed by Universal Music Singapore and the only Singaporean to make it on Forbes’ inaugural 30 under 30 Asia – Entertainment & Sports list, Gentle Bones is gathering many firsts under his name. Catch him perform live at SHINE Festival and discover first hand why his debut concert at the Esplanade was sold out in 10 days! 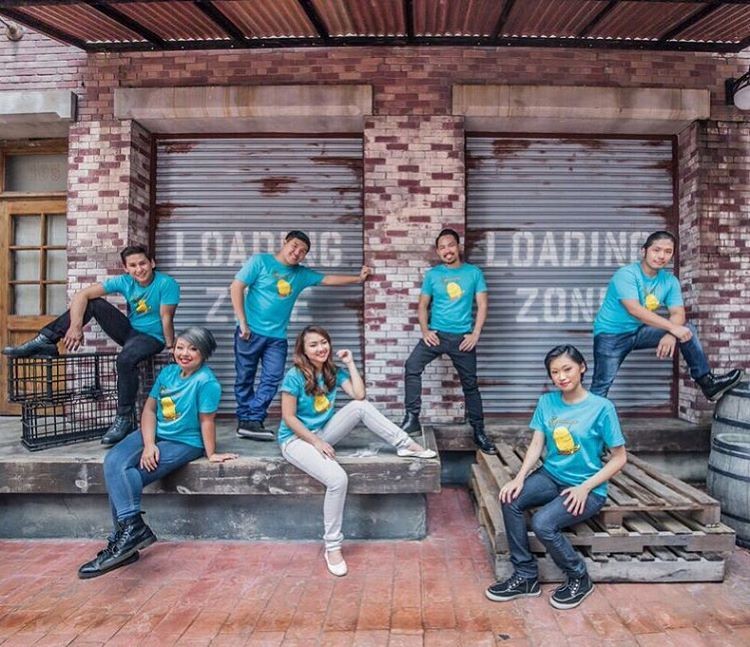 What would growing up be like without important life lessons by TreePotatoes on “How to Pick Up Girls” and “Signs You’ve Hit Puberty”?! At SHINE Festival’s Stage Out session on 3rd July, TreePotatoes and Butterworks will be sharing more about how to create great content that tugs at our heartstrings or just kids with our emotions. You know you’ll be entertained.

To get yourself ready, check out this short film we did in collaboration with Butterworks.

Don’t you find outdoor cinemas romantic? This year SHINE Festival will have an outdoor screening of “7 Letters”, an anthology film representing seven heartfelt love letters to Singapore by seven of Singapore’s most standout directors. Tickets to this SG50 film project at the National Museum were snapped up within three hours in 2015, but thanks to MDA and Chuan Pictures, SHINE Festival’s Partner, you’ll get to catch it for free!

For aspiring film-makers, catch Boo Junfeng, Singapore Youth Award 2012 Awardee, as he provides insights to his journey while producing his portion of the film. If you haven’t caught it yet, come on down on 2nd July to be inspired by this poignant film about Singapore.

7. Step into InfiniCube – The 360° future of entertainment 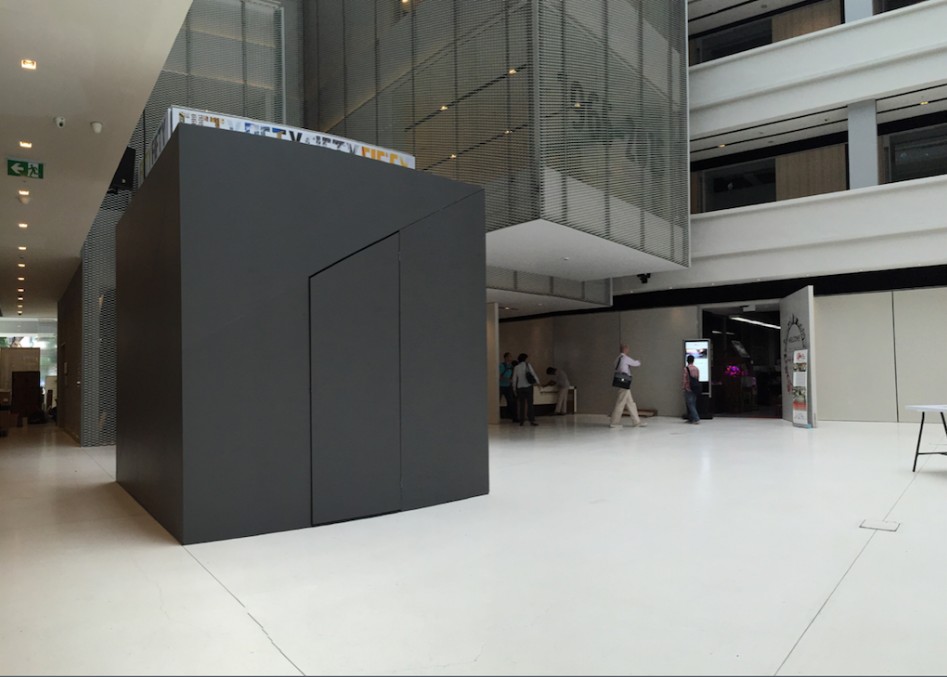 Enter this box into a different world! Source

One of the highlights for the art installations this year is InfiniCube, the brainchild of Ideas Empire x MediaProAV. This is the future of entertainment – step into the unassuming black cube and be opened to a world of infinite landscapes, with screens all around you. Give your senses a treat as your experience will no longer confined to a single screen.

Imagine walking into a whole new world of wonder Source

The InfiniCube creates a completely immersive experience like no other, and is a sneak peek into the world of entertainment youths will come to know. It will be showcased on all three days of the festival, so everyone will have the chance to step into the world of unlimited possibilities.

8. Make your mark on a “crowdsourced” wall mural 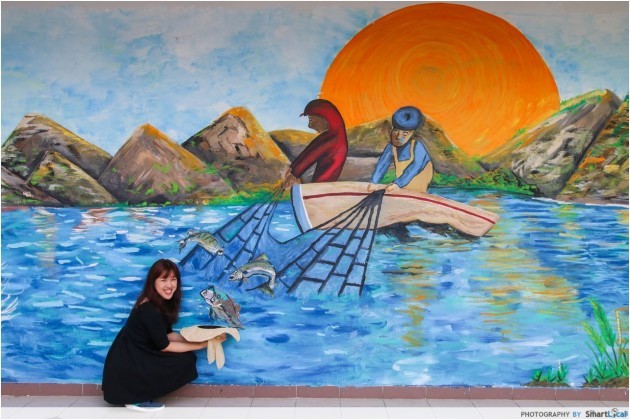 Ever walked along the streets of San Francisco or Berlin and wished Singapore could have its own streets of cool wall art? If you like Singapore’s murals, SHINE Festival may just do the trick. Showcasing the boundless imagination of our local youth through urban art styles such as silk-screening, wheat pasting, marble art and graffiti, you can count on being wow-ed by these unique creations.

You can even put your own hand in dabbling with urban art as there will be a community wall mural for all visitors to create their own ‘mark’.

You know that scene in Deadpool where Ryan Reynolds does crazy stunts and owns everyone like nobody’s business? That’s called seeing the environment in a new way – and is what parkour, or freerunning, is all about.

For the daredevils at heart, it’s an urban sport that involves getting from one point to another amidst obstacles in the fastest way possible – a bit like the ninjas of the past jumping across rooftops. Look forward to witnessing a real life action movie by Ashton Movement Agency and other extreme sports like Kotaro Tokuda Red Bull Freestyle Football in a massive Urban Playground on 2nd July!

10. Check out more than 50 pop-up stalls including Art Market by The Local People 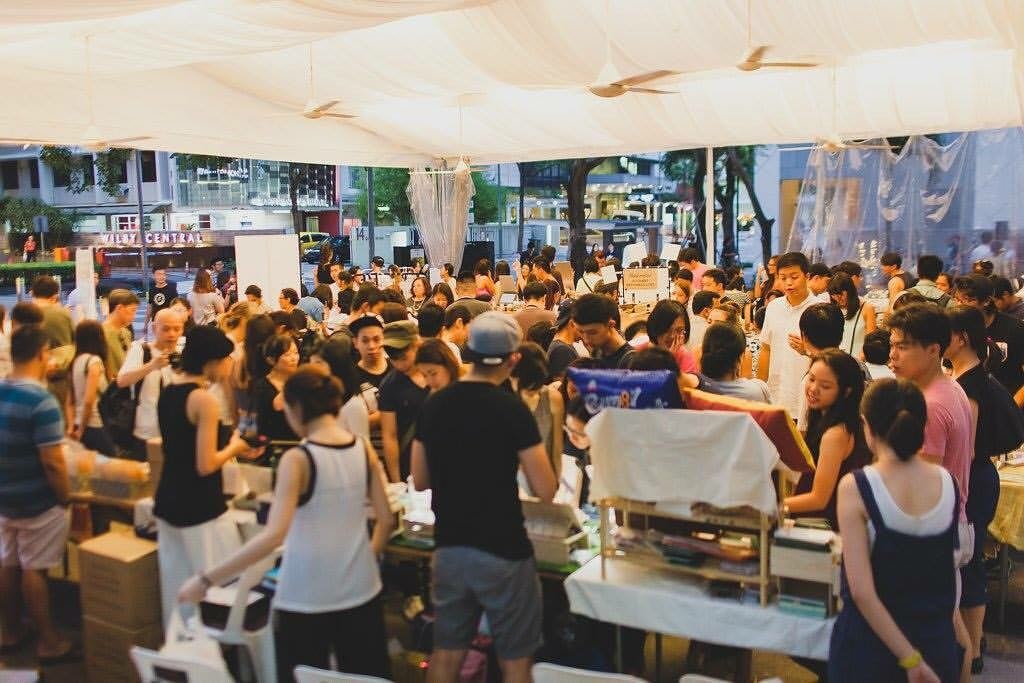 As for those less interested in action and just looking for somewhere to lepak over the weekend, SHINE Festival will be also be hosting more than 60 pop-up stalls and yummy food trucks with gastronomical treats. One that I’ll be checking out is Art Market by The Local People, which features handicrafts by local designers and artists. I love scouring the stands for unique accessories and I’ll always end up bringing home something new at their events.

Save The Date For SHINE Festival

SHINE Festival will be hitting the streets of Orchard Road and there are so many activities that there’ll be something for everyone. With stellar performances, to modern art creations and an outdoor film screening, even if you’re not a youth anymore, head on down to soak in the atmosphere and feel young again!

This list barely covered the highlights of the event, and the festival will also mark the start of Youth Month where there will be an entire series of activities “for the Youths, by the Youths”. So do check out their Facebook page for the latest updates. 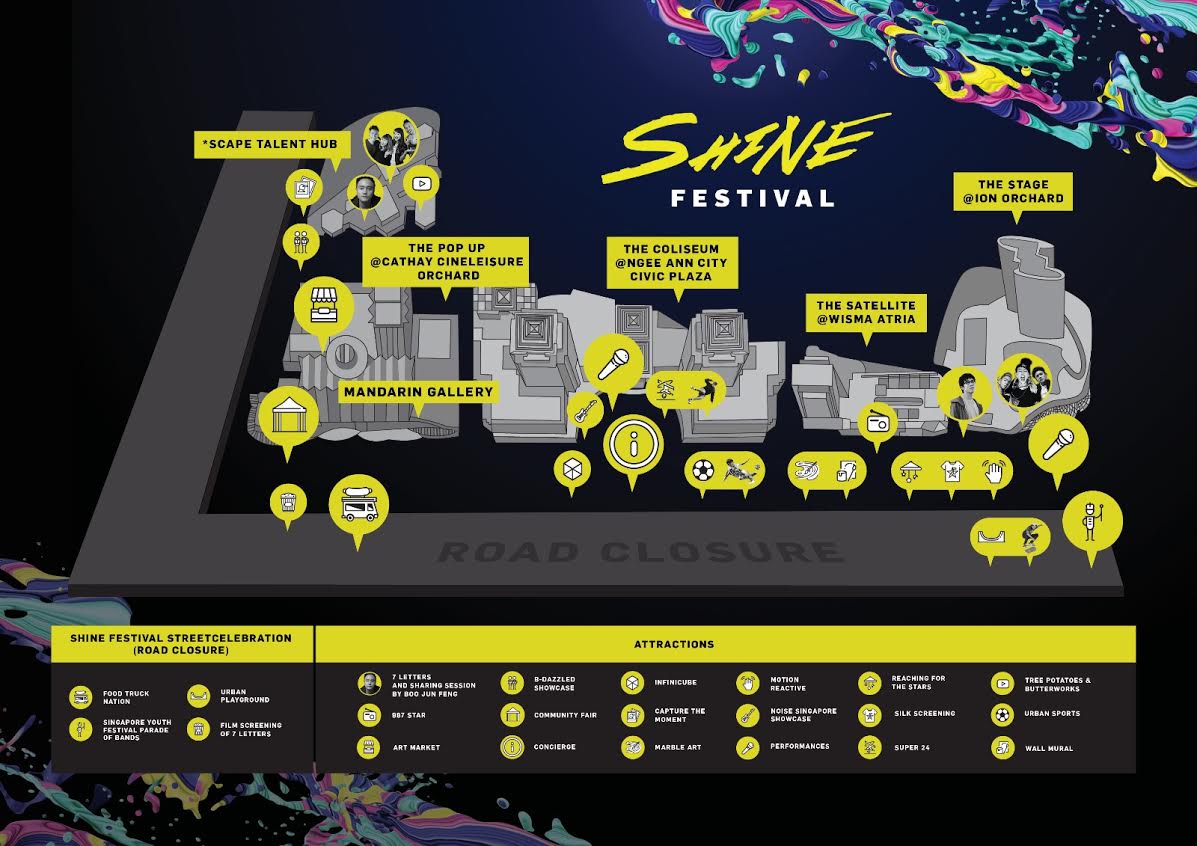 There are only 3 passes to 박재범 Jay Park (AOM)’s sharing session, so best dabbers only! Take part in #SHINEFest dab challenge and stand a chance to meet Jay Park up close.

Already down to 21 days till #SHINEFest! Would you like a chance to meet 박재범 Jay Park (AOM)? Then hit us with your best dab in our dab challenge! #MakeItCount #YourNextStage

1. Post an Instavideo of yourself doing a dab while doing something you’re passionate about.
2. Tell us why you are passionate about what you’re doing and hashtag #‎YourNextStage‬ #‎SHINEFest‬. ‬‬‬‬‬‬
3. Challenge 2 other friends to better your dab by nominating them!
4. Only 3 winners stand a chance to win passes to a sharing session by Jay Park on 3rd July, so best dabs only!
5. Contest closes on 2nd July, so stay tuned for more deets!

This post was brought to you by the National Youth Council and SHINE Festival.