Shakespeare In The Park – Julius Caesar 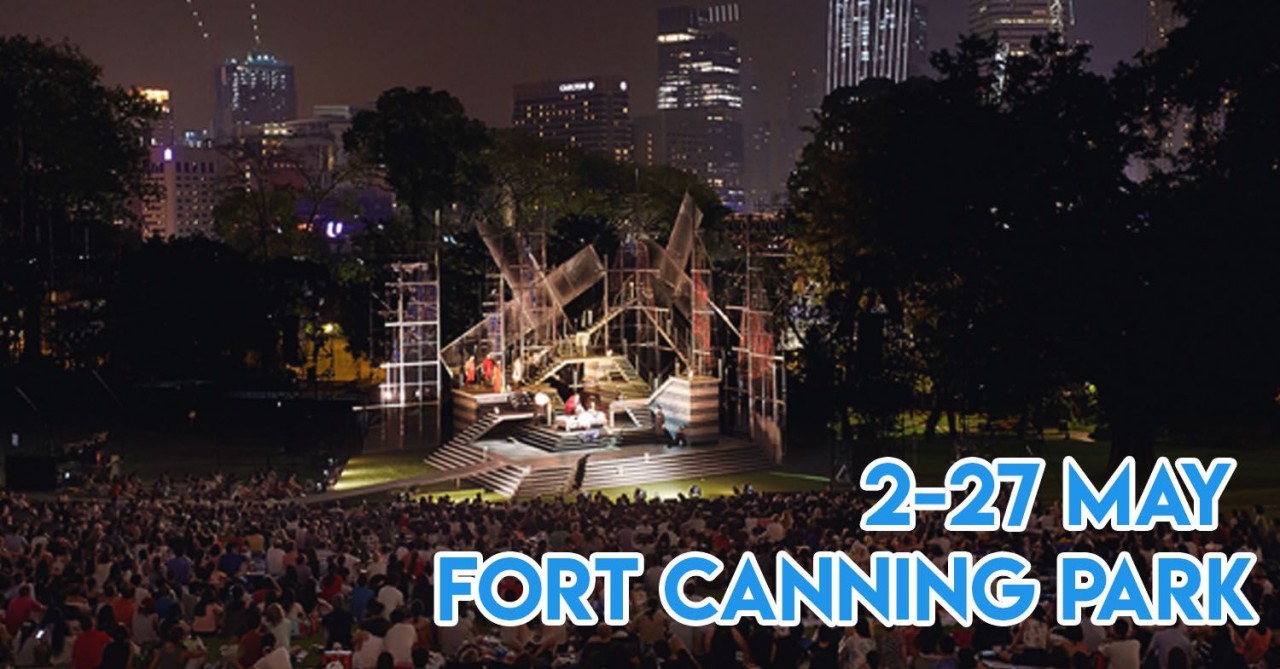 Picnic outings are the in thing right now, but other than just eating, there’s not much you can really do to keep you entertained. So if you’re looking for a way to zhng-up your everyday picnic date, head down to Fort Canning Park from 2nd-27th May for the 10th edition of Shakespeare In The Park.

After being on a one-year hiatus, SRT’s back with their own modern day rendition of Julius Caesar, a political thriller that explores how ambition leads to one’s downfall.

We got the chance to sit in on their first script-read session and here’s why we’re excited:

Julius Caesar is a total #girlboss 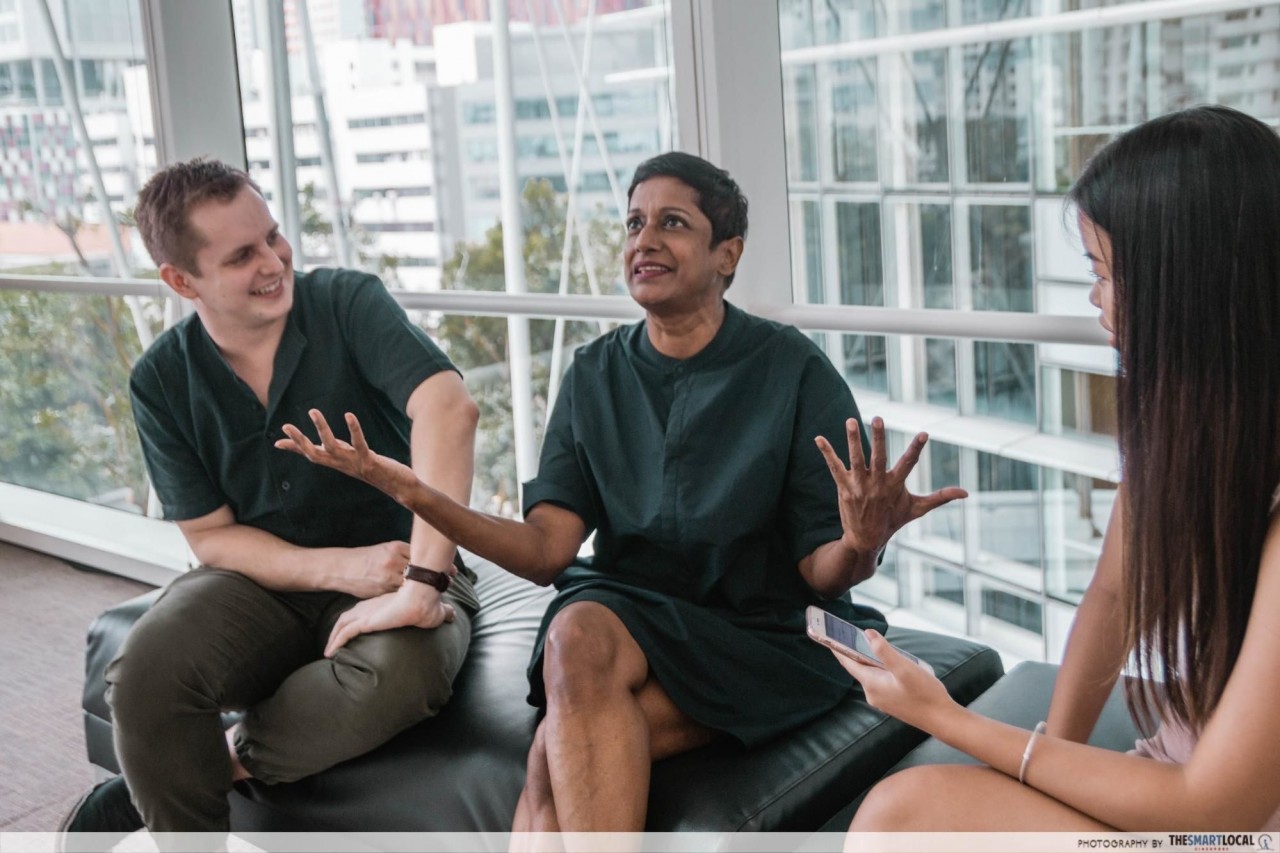 This definitely sets this rendition of Julius Caesar apart from others – Caesar is reimagined as a woman and nope, there isn’t any crossdressing involved. 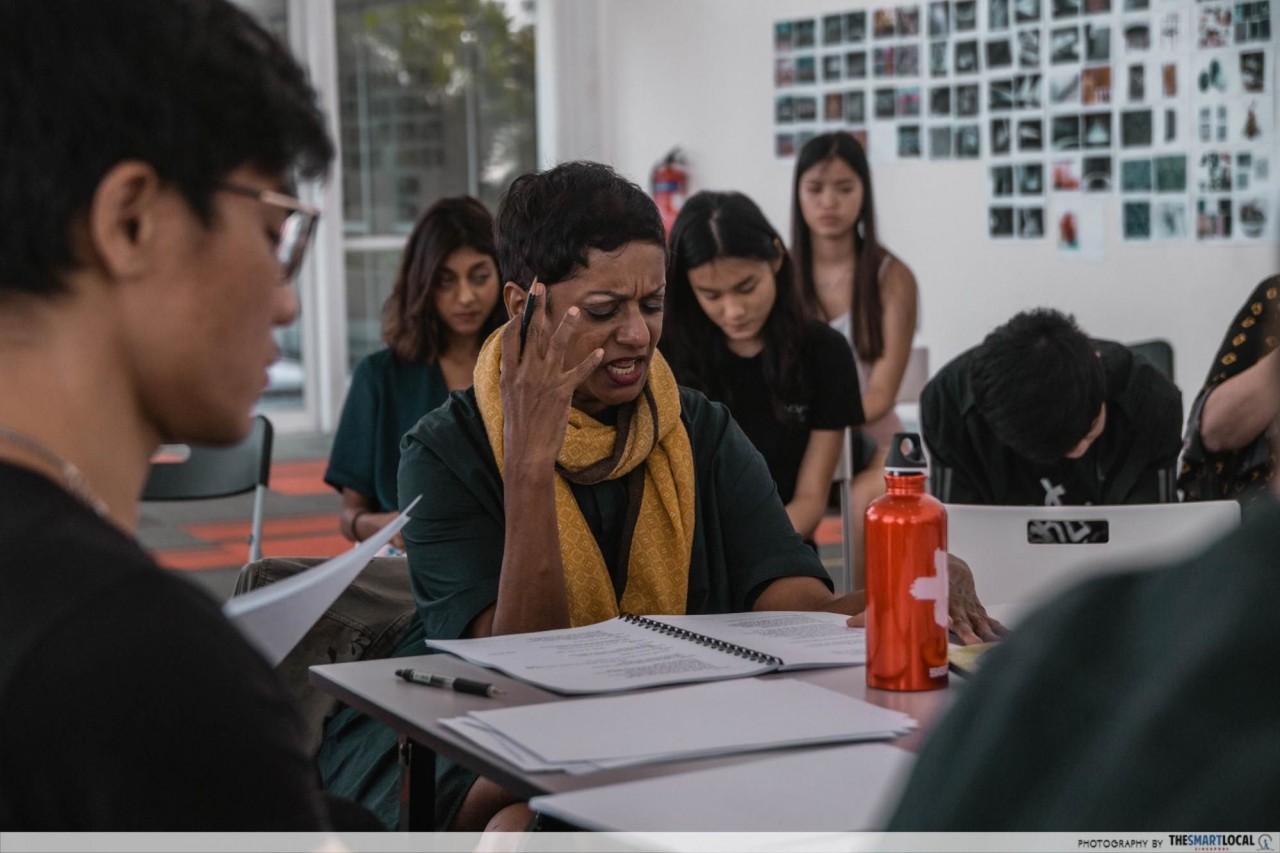 With a rise in the number of female political leaders over the past few decades, such as Jacinda Ardern and Theresa May, director Unsworth made this decision hoping to accurately represent our contemporary society.

“Julius Caesar is a supreme leader, not necessarily a supreme male leader,” he emphasises.

Could her position as a female supreme leader be why her conspirators are against her? Kukathas believes that’s a question for the audience to decide for themselves.

You can actually relate to this modernised Shakespeare classic 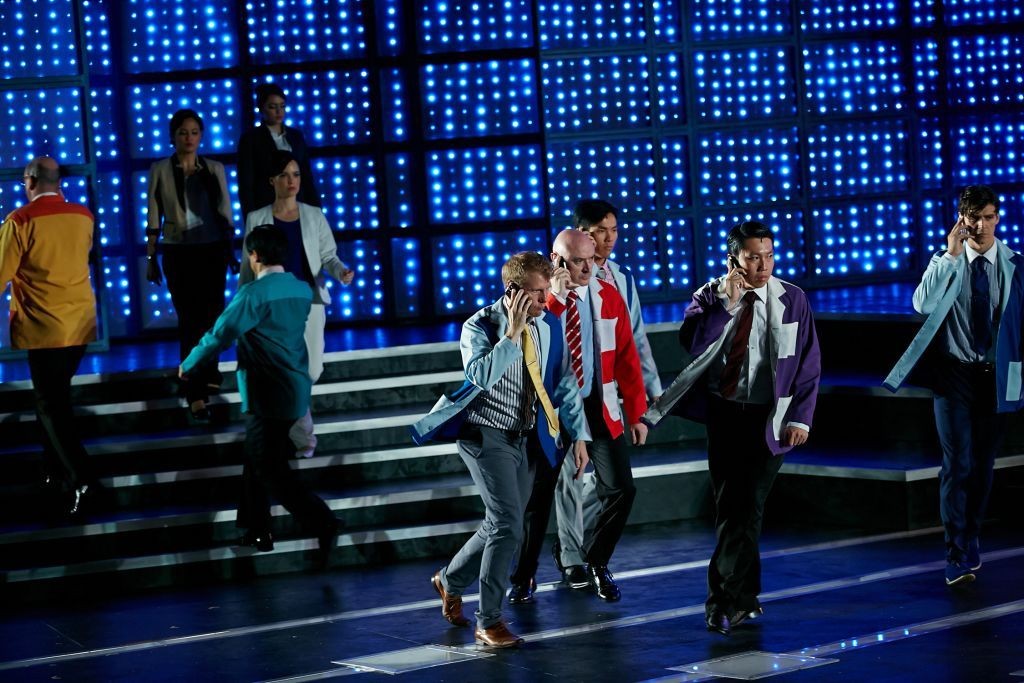 While some may think that Shakespeare plays are outdated, Guy Unsworth, the director of this year’s play, will change your mind about that – he has adapted the script to give it a modern edge.

Rome is no longer the backdrop for the play and it’s instead set in R.O.M.E, a 7-country multinational organisation, similar to the EU or ASEAN. This means that various characters are also given more modern positions in office – Caesar and Brutus are now country representatives, while the mob is replaced by the news media. 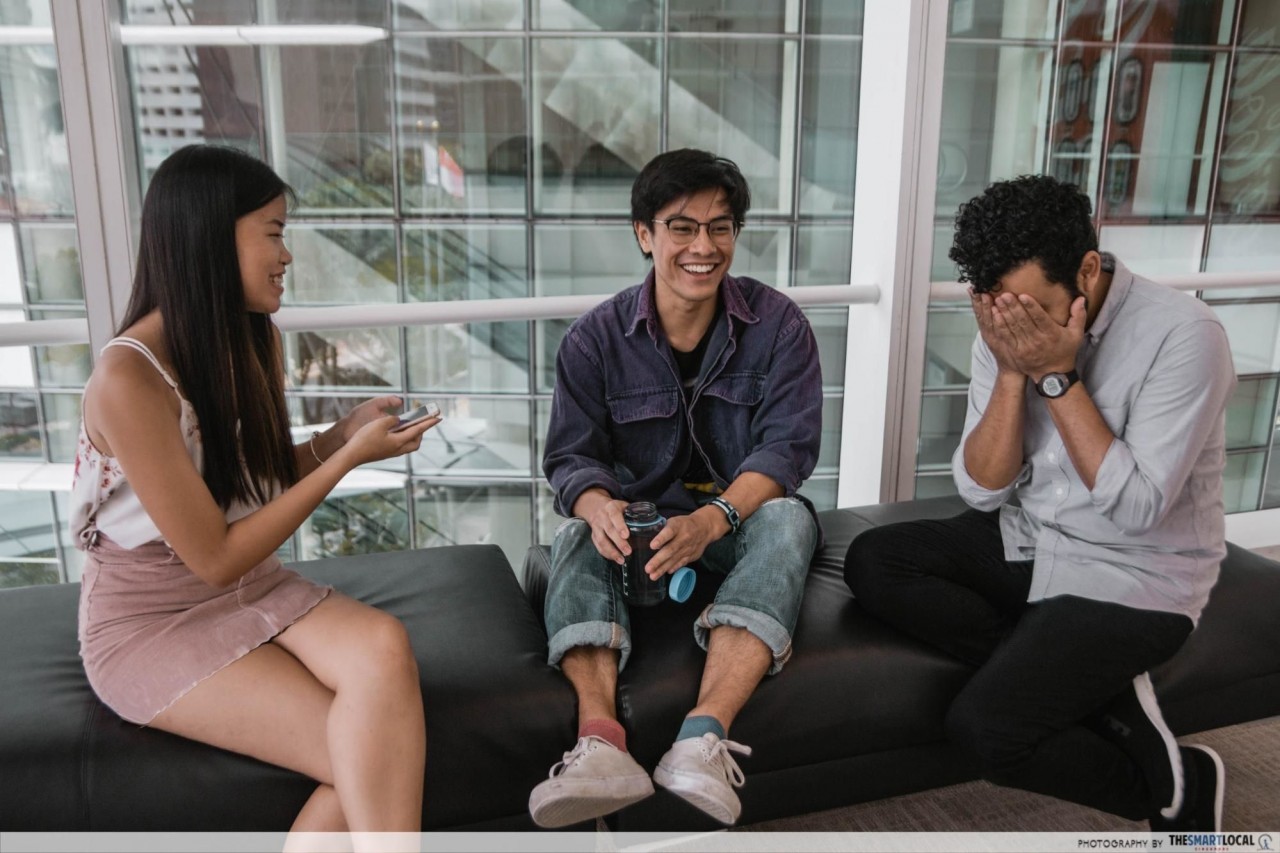 You’ll love Julius Caesar if you’re a sucker for political thrillers. The play examines the cyclical nature of power – how someone gains power, only for another will conspire to take him down.

“Everyone creates allies and friends, but end up stabbing each other in the back,“ says Unsworth. And with ambition pushing characters to pursue their self-driven goals, the urge to know who’ll reign and who’ll fall at the end is certain to keep you on the edge.

The nuanced characters also make it hard for you to pick a side. “Nobody’s just a victim, and nobody’s just a hero in this play,” Akbar, who plays Brutus, explains. “It’s just all these people pursuing their own desires.” 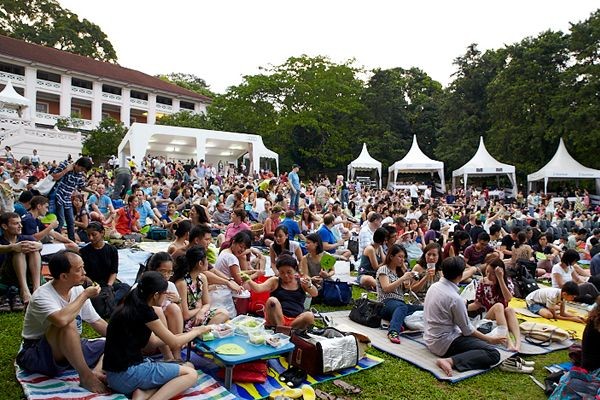 Unlike most plays held in fancy theatres that require semi-formal dressing, Shakespeare In The Park, as its name suggests, will be held in Fort Canning Park.

With this picnic set-up, the experience will be similar how to audiences used to watch Shakespeare plays back in his days. You’ll get to enjoy food, company, and most importantly, the production itself. 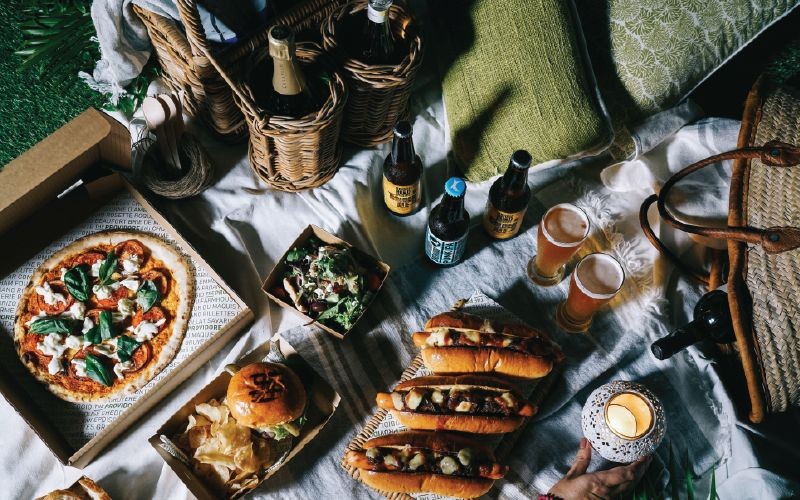 For those who don’t want to stress about preparing your own food, Providore will be setting up a booth selling picnic hampers, starting from $40/person on the day itself. But pre-order the hampers early with the purchase of your tickets and enjoy up to 25% worth of savings!

Food, drinks and even ice cream will be sold, and they’ll come with cutlery so all you’ve got to do is bring your own mat and feast.

Some foods included are:

Julius Caesar – How much power is too much power? 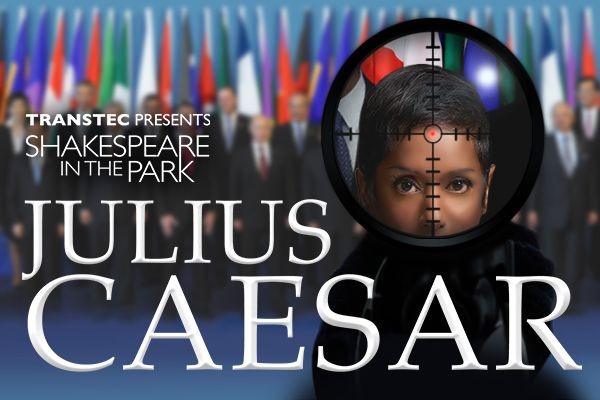 “The fault, dear Brutus, is not in our stars, but in ourselves.” – Cassius

To those who believe that there’s nothing relevant about Shakespeare, Shakespeare In The Park – Julius Caesar explores modern-day issues that are sure to keep you thinking about your life in relation to both politics and the media – what’s real and what’s not.

Plus, you don’t need a fancy suit or dress to enjoy this theatrical piece. Just slip into comfortable clothes and head down to Fort Canning Park with some food to immerse yourself in an exciting night of drama, politics and tragedy.

Get Your Tickets For Shakespeare In The Park – Julius Caesar here!

This post is brought to you by Singapore Repertory Theatre.