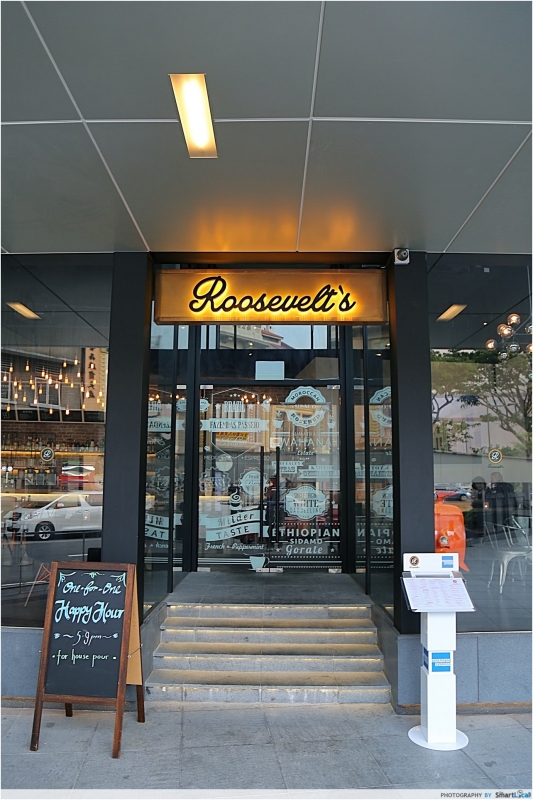 Named after American president Theodore Roosevelt, their name kinda gives away the cuisine they offer. Café by day and diner by night, this new kid on the block serves up hearty american grub with crowd favourites like beef burgers, fish & chips, mac & cheese, fried chicken and a wide variety of milkshakes.

Although they don’t want us saying this, they are really like a hip cafe in the day, that transforms into a bar / diner come night. Yes, come 6pm out come the spirits, champagne, single malt whiskies and cocktails. And dinner! But before that, this place would cater well to café lovers with their all-day breakfast menu and their variety of coffee blends. 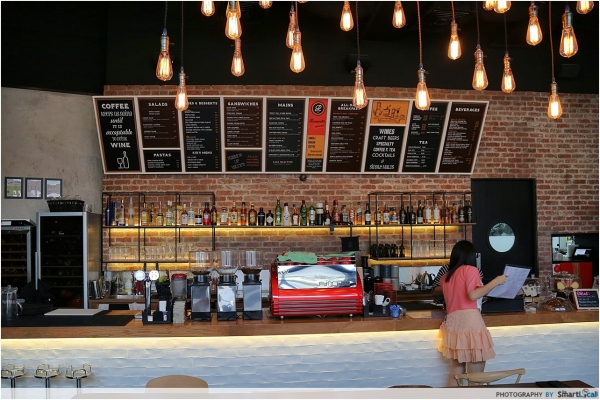 The ambience of this place is pretty and artsy, so much so that I can see it fitting right in with the cafes in Tiong Bahru. But of course its more than just a cafe. In fact, the Keong Saik area might just become the new Tiong Bahru – catering to a new wave of hip restaurants instead of cafes.

Situated on the cool stretch of Chinatown where we hear Gordan Ramsay was looking for restaurant space, they are also conveniently near to Outram MRT (Exit H).The owners have a wealth of F&B experience, and are the ones behind KL’s award-winning French fine-dining restaurant – Millesime.

The Food at Roosevelt’s Bar & Diner 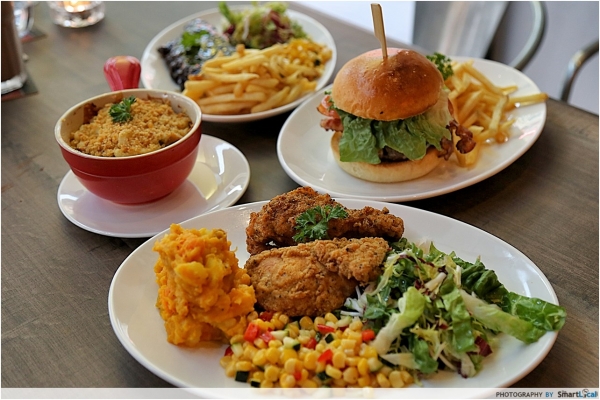 We asked to try all their specialities to get a good feel of the food. American food is all about flavours, textures and hearty portions. Some tasted like how should but there were also some misses.

My favourite in particular would have to be their Southern Fried chicken ($18) which was crispy yet tender on the inside. It was one of the stars of the night. What sets their chicken apart from the whole multitude of fried chicken places is that the pieces are marinated in fresh milk overnight before being fried to order the following day.

Another highlight was Teddy’s Classic Cheese Burger ($20) Their beef is homemade by the chef with 100% US beef. The patty is made with a mixture of seven different spices minced from two parts of the cow, encased within a buttery and toasty brioche bun. Being a bread > rice girl, I enjoyed the extra touch of a different take at the conventional burger bun. This was Bryan’s favourite dish of the night.

The rest of the food we tried were okay but nothing to scream about. 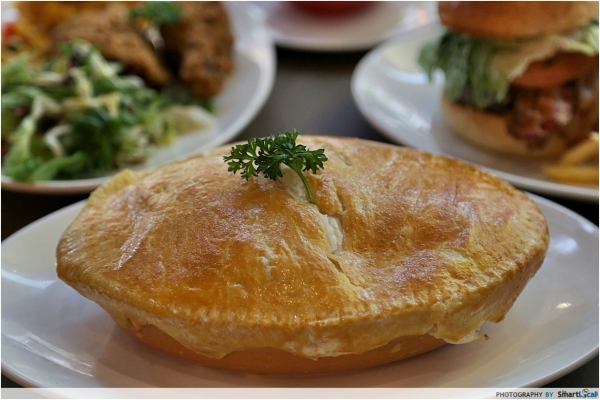 Their recommended Truffle Fish Pie ($19) came to us hot from the oven in a casserole topped with a layer of flaky pie crust. A pierce though the tender crust revealed a sea of creamy pie filling swimming with portions of tender snapper fillets and vegetables. It was a cool take on it since for once we were eating something truffle that wasn’t french fries. But it could use more flavour. 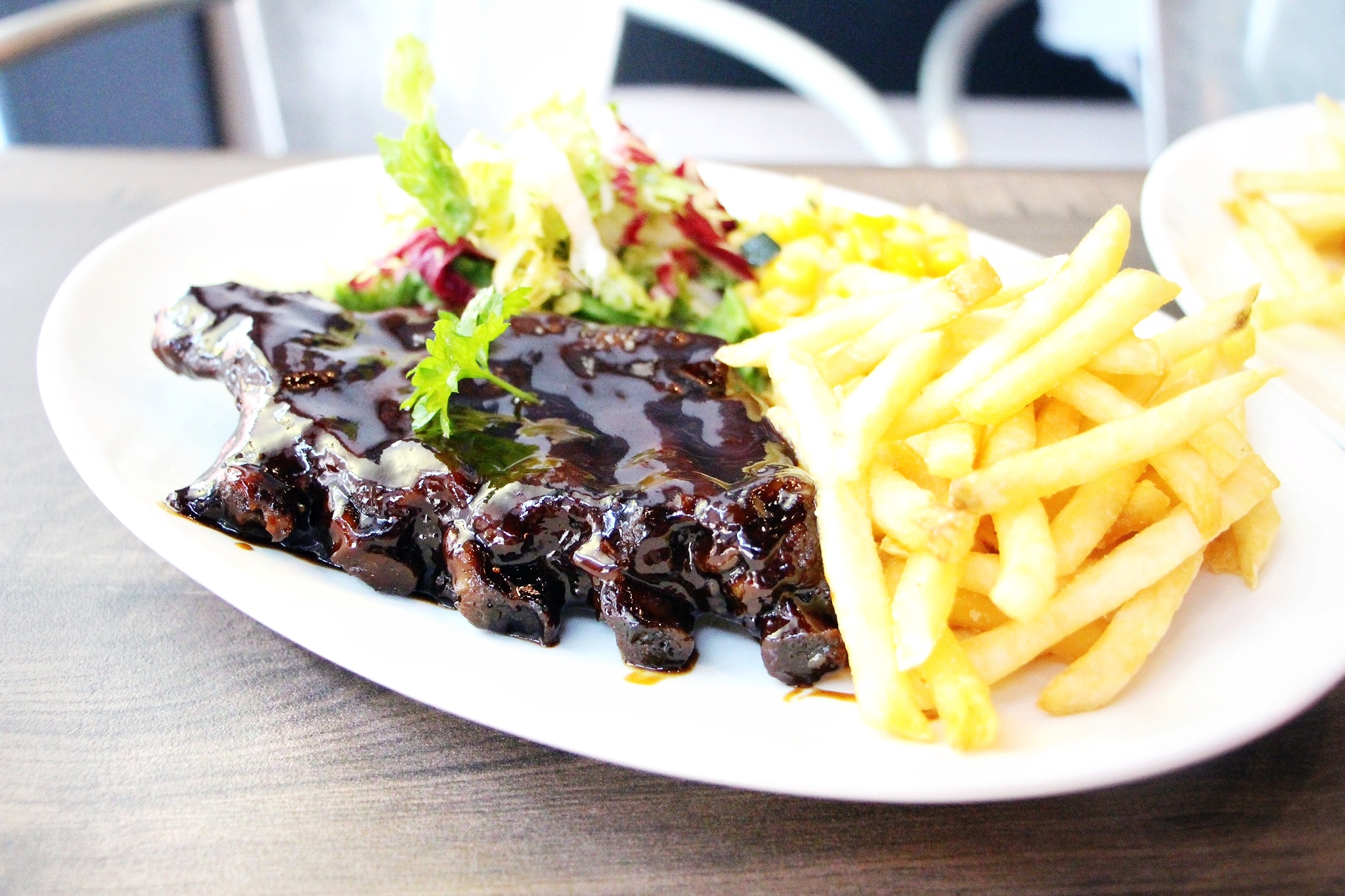 Their BBQ Baby Back Ribs ($22) are made by marinating the racks overnight with BBQ sauce followed by another baste of their homemade sauce prior to cooking. I thought their ribs could be meatier but overall it was alright.

Alongside the rest of the dishes, we also had a taste of their Penne Chicken Pesto ($15) tossed with a creamy pesto sauce and chicken strips, with cherry tomato halves to cut through the richness of the dish. The serving size for this is a huge but flavour-wise it lacked oomph so its not a dish we would recommend. 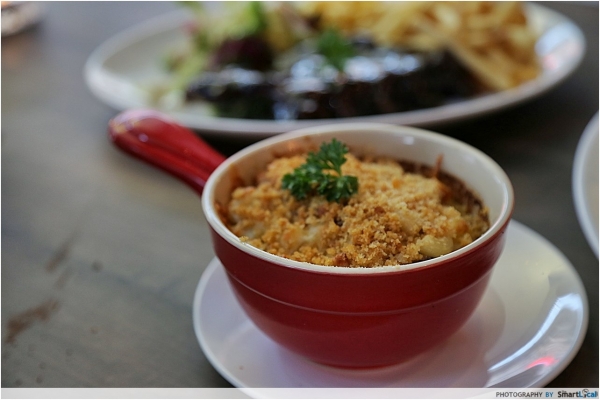 It’s worth mentioning that at Roosevelt’s, they do their sides differently. I love side dishes. They add dimension and variety to your meal. Unlike your usual mash potato, their multi-textural House Triple Mash ($7) – a mixture of sweet potato, pumpkin and potato, makes a presence alongside with two kinds of salads.

The Mac & Cheese ($10) is made using mozzarella cheese and a parmesan combination together with top quality bacon pieces before being topped with breadcrumbs and baked. 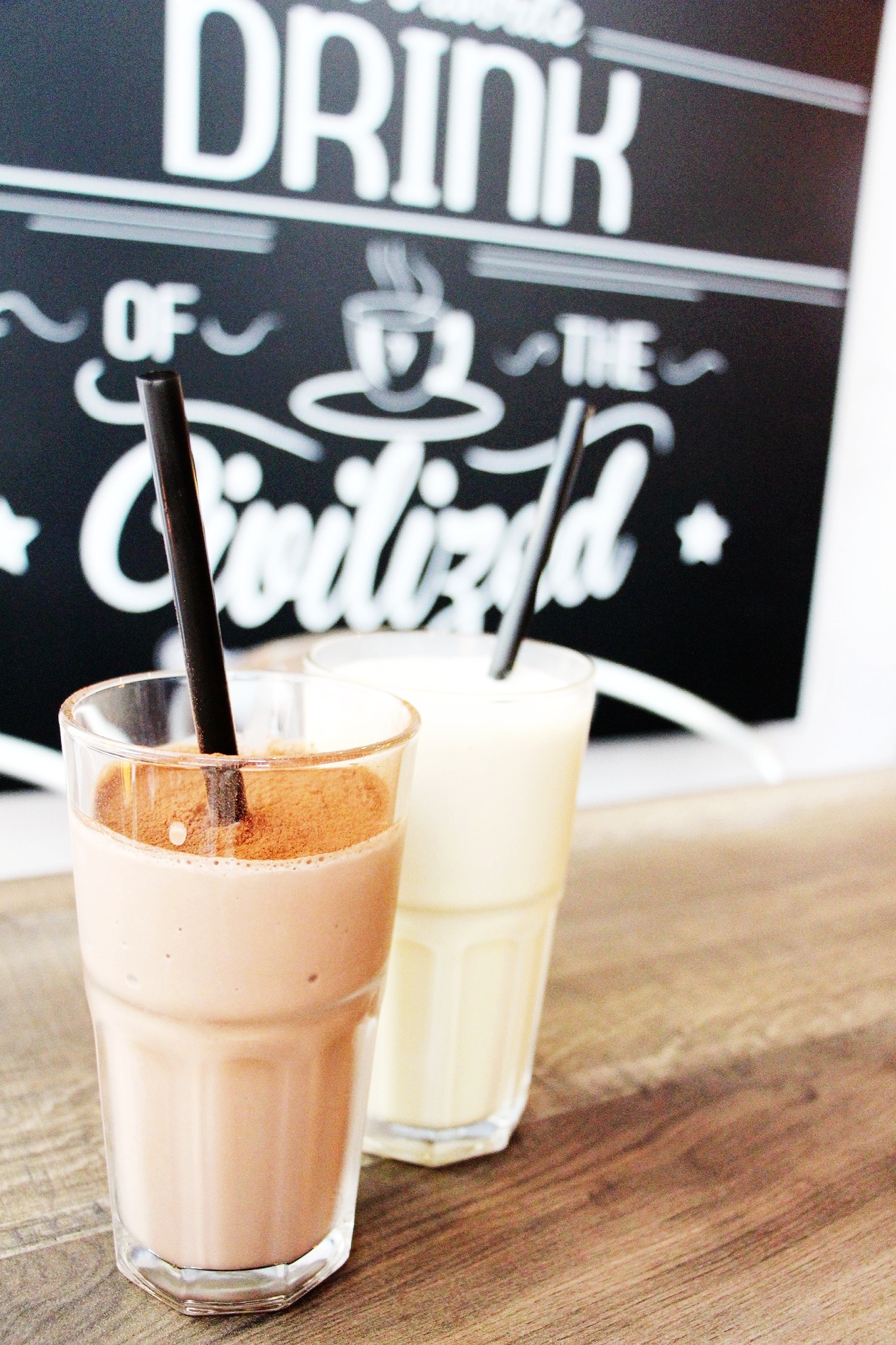 Lastly, don’t forget to leave space for their thick milkshakes. Bryan enjoyed Roosevelt’s Salted Caramel ($8) whereas I preferred my Malted Vanilla Bean ($8). They were rich and creamy like how you’ll picture American beverages to be.

The Apple Forest Berries Crumble ($8) topped with a scoop of vanilla ice cream  dessert is definitely worth saving space for as well.

Two of their dishes stood out but we say there’s still room for improvement with some of their other dishes. They’ve only opened for a month now so their dishes will no doubt become more refined in time to come.

With generous servings, a great ambiance and a convenient and hip location, I can see myself coming back to try out other items on their menu. We’ve heard their Smoked Ham and Candied Bacon Sarnie ($12) is highly raved but that’s part of their All-Breakfast menu before 6pm. 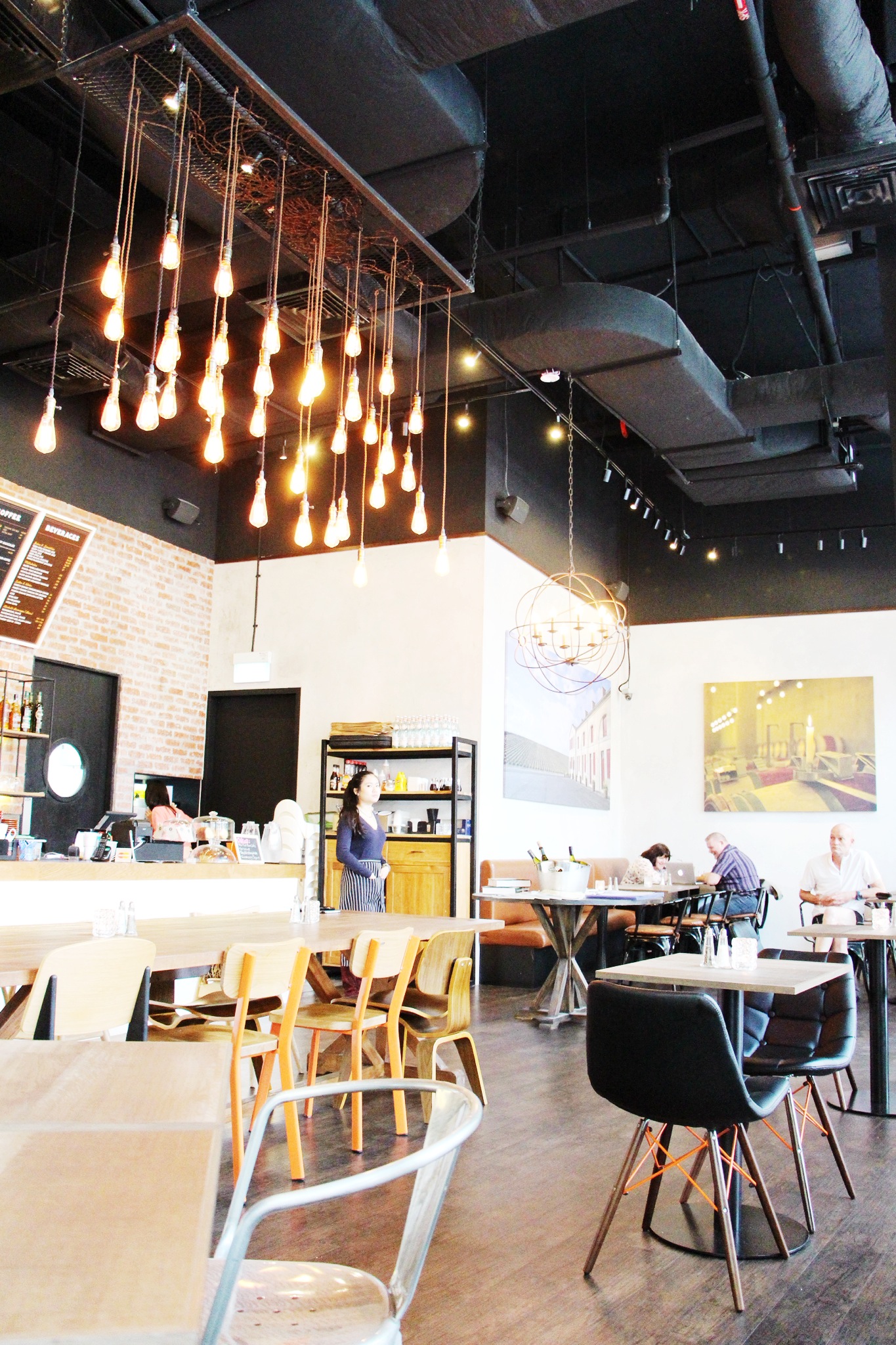