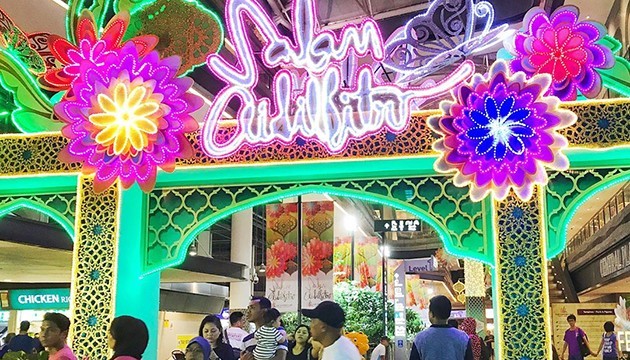 The thought of having to endure large crowds and unrelenting humidity at the Geylang Serai Ramadhan Bazaar may seem dreadful, no matter how enticing the snacks may be. However, while the Geylang bazaar may be the biggest one this time of year, it isn’t the only one.

From Punggol to Jurong, there are plenty of other bazaars to choose from this season. They’re not as hectic as Geylang’s, but they’re just as festive! Mark out your calendars this Ramadhan with the following 7 bazaars: 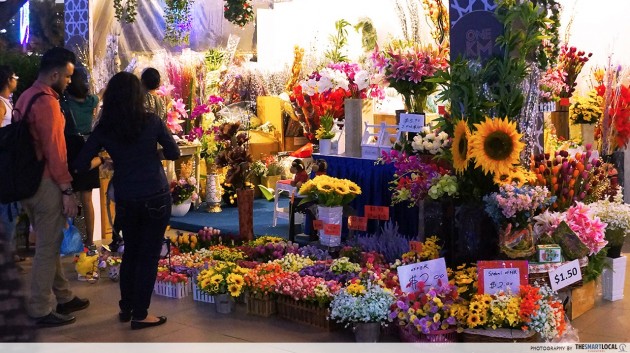 The 2017 Ramadhan Flea Market is right along OneKM, so make your way here to catch some aircon indoors before checking out the booths available. Relatively less frenetic, this flea market is a good spot where you can take your time browsing. With a mix of new and experienced vendors, you’re sure to find one-of-a-kind items here, like handcrafted jewelry and decorative flowers. 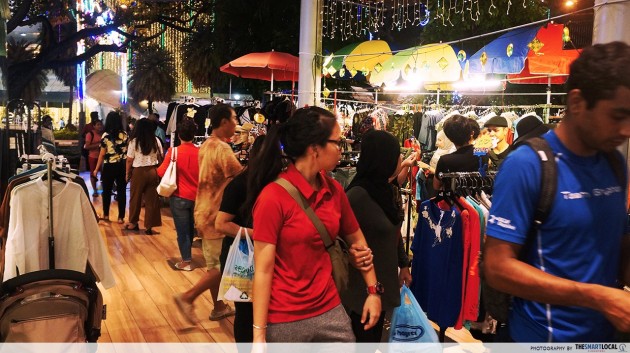 You can also get henna here – using only organic ingredients that’s been sourced from Rajasthan, India. You’re also likely to find specially-imported modest fashion. And unlike the Geylang bazaar where sizes often run out quick, you’ll have a much better chance of snagging that perfect baju kurung here. 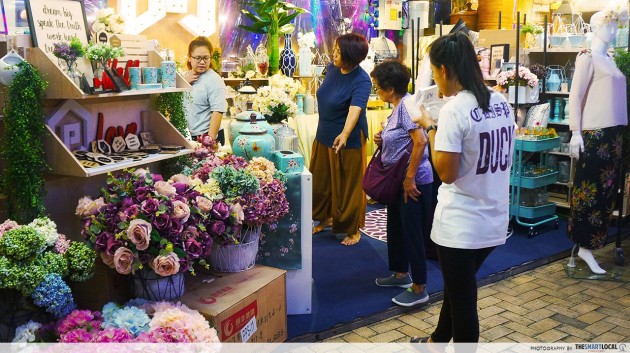 It’s all about hari raya essentials at CELEBRAYA, with only the latest celebrity fashion labels and upscale home decor that’ll make it seem as though you and your home came right out of a popular telenovela. 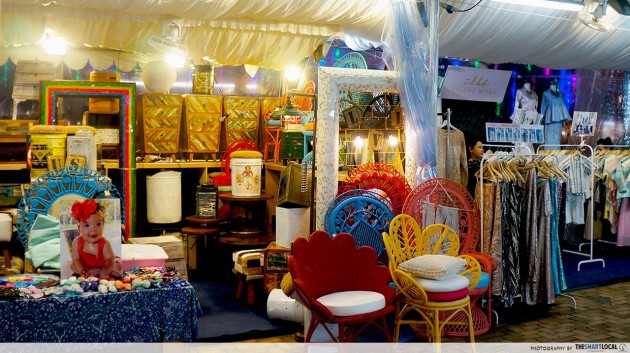 It’s along City Plaza, and a short walk from the Paya Lebar MRT station and the general Geylang area – the perfect corner to catch your breath after having walked through the Geylang Serai Ramadhan Bazaar. 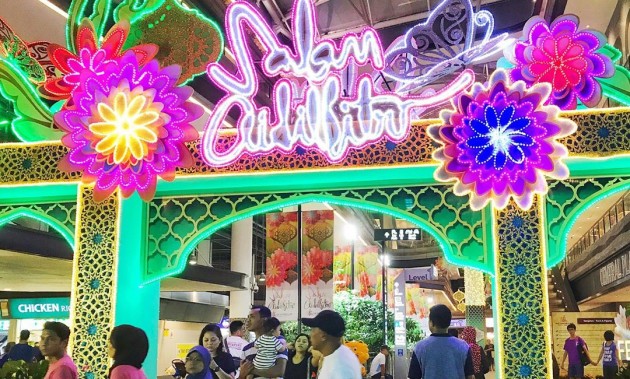 The Tampines bazaar next to the MRT station is a perennial favourite, so imagine residents’ collective dismay when, this year, it ended a few weeks short of Ramadhan itself. But good news – the recently-opened Tampines Hub is holding their own, so there’s still plenty of time to catch this one if you didn’t manage to visit the former. 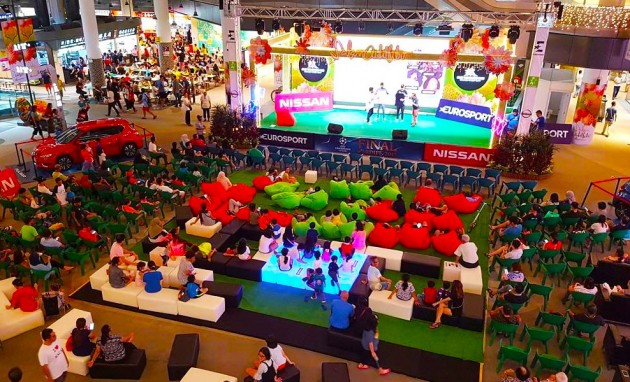 There’s even a stage set up for performances, with appearances by local and Malaysian artists. Tampines Hub itself is spanking new too, so when you’re done walking through the bazaar, take the opportunity to explore its facilities.

When: 27 May – 23 June
Where: Tampines Hub, near Tampines Bus Interchange
Website 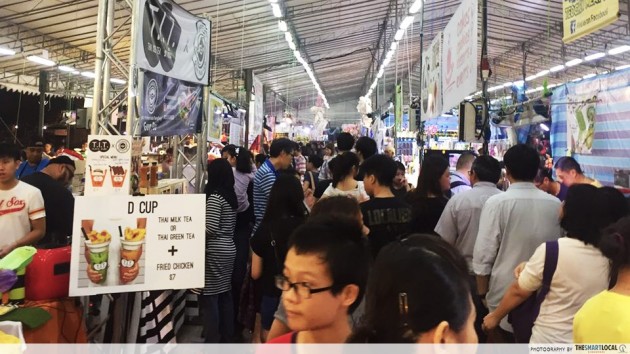 There’s a fair mix of regular and hipster stalls at the Punggol bazaar near Waterway Point – those that sell dengdeng and typical fried snacks, and others selling colourful drinks that are now commonplace at Geylang. As with most other pasar malams, you can also expect stalls offering things like affordable toys and electronic gadgets. 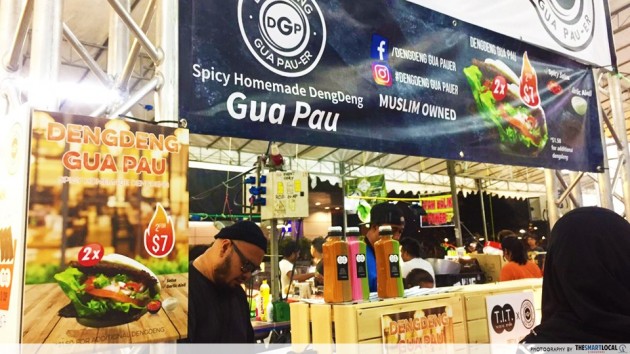 It’s not just all about food though. There are Uncle Ringo carnival rides set up adjacent to the pasar malam itself – perfect for kids this holiday season. 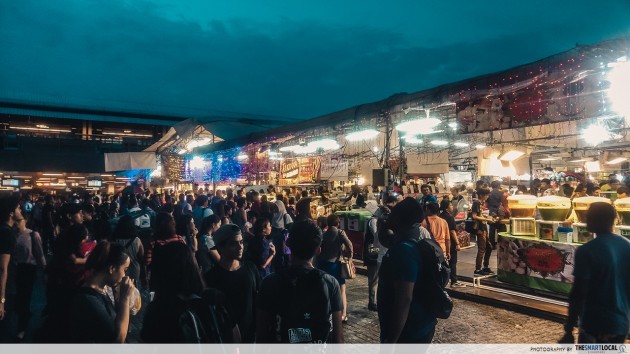 Every year, residents can count on the Woodlands bazaar right next to the MRT station for their street food cravings. During normal periods, the space is used for typical pasar malams but the Ramadhan edition has a dedicated section full of traditional outfits and kuih for the upcoming hari raya season. 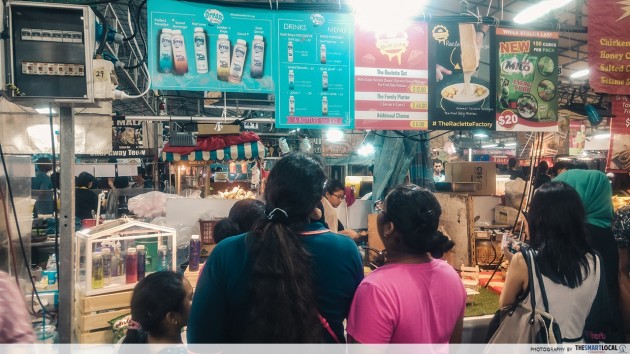 It can get a little crowded even from early afternoons but you’ll be glad to know that there’s a good mix of old school pasar malam food like putu piring and vadai, and some hipster franchises as well – deep-fried burgers and Raclette cheese that’s been a hit at Geylang are also available here.

When: 24 May – 22 June
Where: Next to Woodlands Bus Interchange 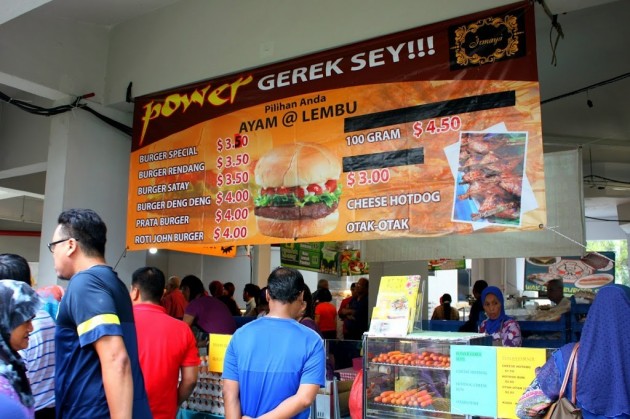 The Jurong West bazaar may be situated at the void deck under Block 425, but you can still expect throngs of people here, with Westies from all over, even Malaysians, making their way here for their iftar meal. Many of the vendors here are residents themselves, so this is one affair that’s not lacking in kampung spirit. 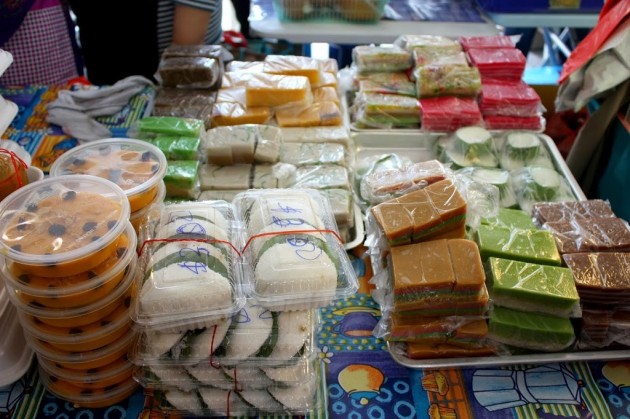 This bazaar provides a more traditional selection – serving mostly classic Malay food and common street snacks like takoyaki and kebabs – so it’s perfect for those who aren’t too taken to hipster food gimmicks. 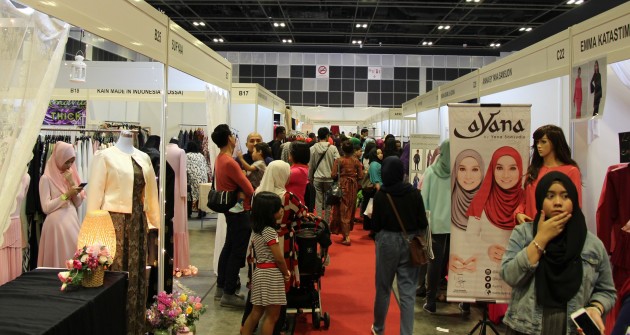 CelebFest Ramadhan 2017 is a 3-day event that’s more a convention than a traditional bazaar, held indoors in air-con. But where it lacks in street bustle, it more than makes up for it with the mirth of energetic makciks getting to meet their favourite celebs.

This year’s instalment is its biggest yet, with 3 whole convention rooms at Suntec to accommodate the crowd and stalls. Here, you can expect popular Malay kuih and designer baju raya. Touted as “Bazaar Ramadhan Paling Happening” (The Most Happening Bazaar), there will be plenty of performances and appearances by local and overseas personalities. 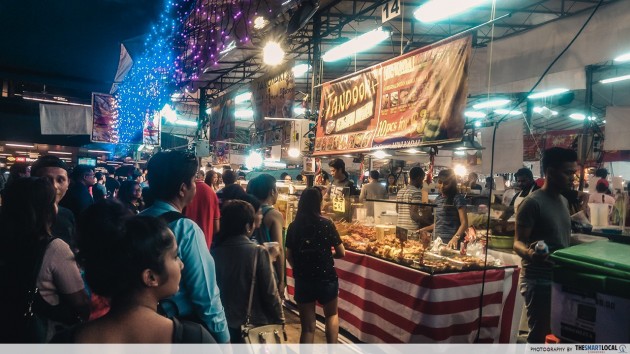 Siam the impossible Geylang crowds and make your way to these less mainstream bazaars. They’re all over Singapore, so it won’t be difficult to find one that’s nearby for a quick post-iftar trip. You might realize that you don’t have to travel all that far to satisfy your Ramly burger or churro cravings.

If you’ve already been to the Geylang Serai Ramadhan Bazaar and are looking to make a repeat visit, consider checking these out instead. But if you haven’t, then let these alternative bazaars serve as preparation for when you decide to make your way there.