The History of Queenstown

Queenstown is Singapore’s first satellite estate, put together by the British in 1953 specifically to tackle overcrowding woes in Chinatown.

Under the Singapore Improvement Trust (SIT), the ‘HDB’ of Singapore’s past, Queenstown came to house 70,000 people in 11,000 apartment flats with schools, market places, recreational amenities and government services within walking distance. It soon became the model for the construction of other estates.

I learned about the political history of Singapore in school, but when it comes to our cultural history and the construction of individual estates, I’m clueless.

To educate us and showcase the rich history of Queenstown, My Queenstown is organising a heritage trail that will take you through the town’s diverse points of interest, from iconic landmarks to abandoned ruins.

This tour made for a more intimate experience than the usual textbook learning. I devoured the personal stories of long-time residents, compared old photos of 3-storey SIT flats to the 40-storey HDB flats towering in front of me, and even stood at the exact spot where the Hock Lee Bus Riots took place.

Here are 10 things you never knew about Queenstown and her colourful past. You’ll be surprised by the historical remnants that endure, proof of the unrest that took place, and how World War II ravaged the estate.

1. It Was Where the Hock Lee Bus Riots Took Place 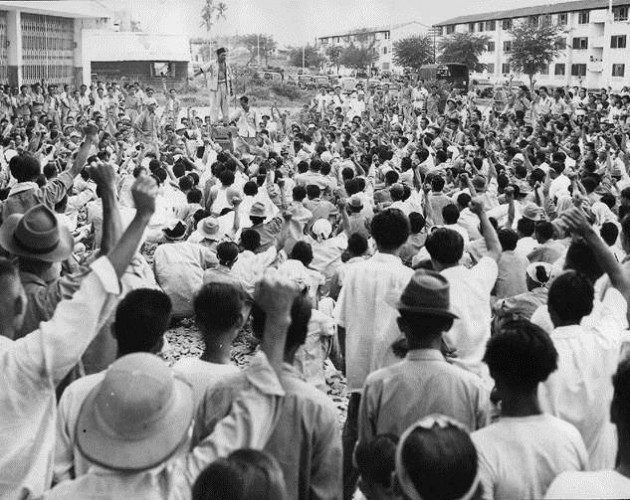 The Hock Lee Bus Riots took place in 1955, starting as a peaceful demonstration by unhappy bus drivers from the Hock Lee Bus Company against long working hours and low wages. They locked themselves in the bus depot, and students from Chinese middle schools gave their full support by offering food, money and entertainment.

Things went horribly wrong when the Riot Police attempted to break the crowds up with water cannons and tear gas. The clash resulted in the death of 2 policemen and left hundreds injured.

In the end, it was not all pain and disappointment. A consensus was reached between the bus company and Singapore Bus Workers’ Union, and working conditions were improved. 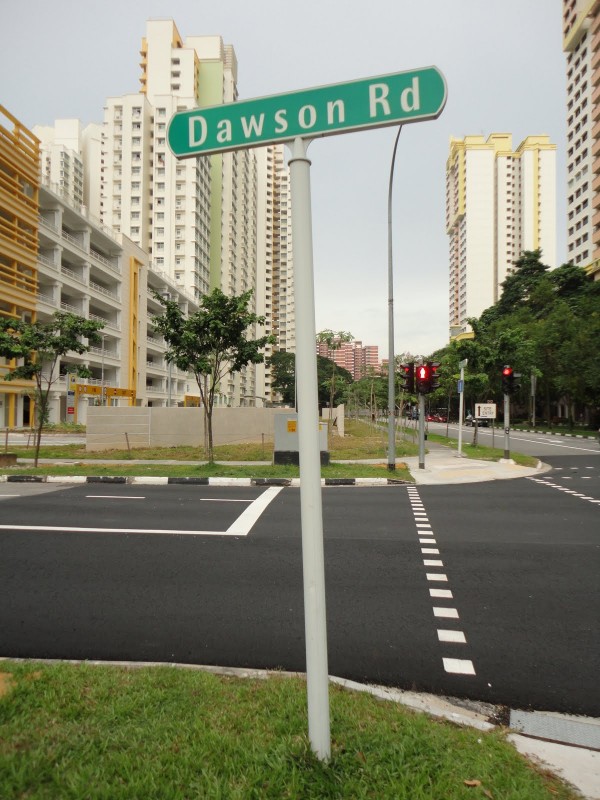 The riots took place at the junction of Dawson Rd and Alexandra Rd. Today, not a trace of violence is left. Although the physical reminders of the incident have disappeared, washed away by urban planning, the fiery event lives on in the memories of our grandparents.

Residents walk past this junction daily with no knowledge of what happened here in 1955, though most of us would have read of the Hock Lee Bus Riots in Social Studies classes. We should remember that this happened at the heart of one of Singapore’s most beloved estates, and not solely in the textbooks. 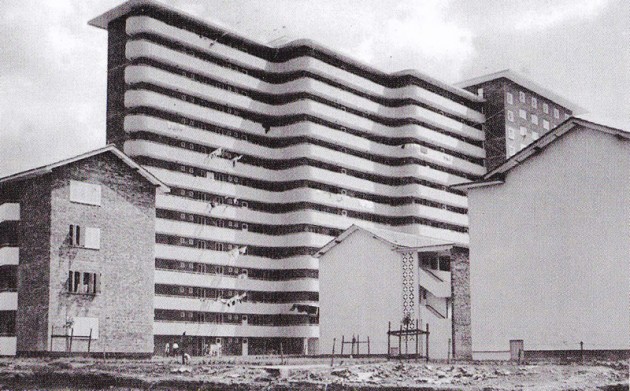 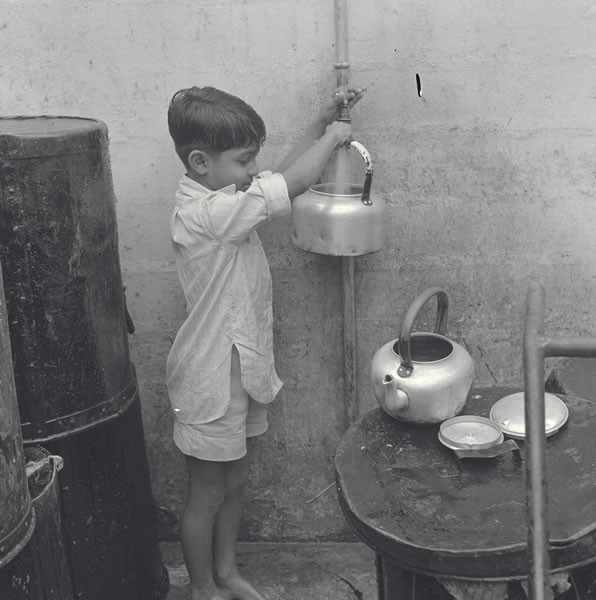 The former Forfar House, opened in 1956, was once Singapore’s tallest public residential building at 14 storeys high. In the past, tall blocks were often nicknamed after the number of storeys they had, so Forfar House was affectionately known as “Chap Si Lau” (Hokkien for “14-storey”).

Each unit had a modern sanitary system and built-in rubbish chutes. The block had 106 apartments, 4 stores and 2 lifts.

Today, the site of the former Forfar House has been replaced with a cluster of 40-storey HDB flats known as Forfar Heights. 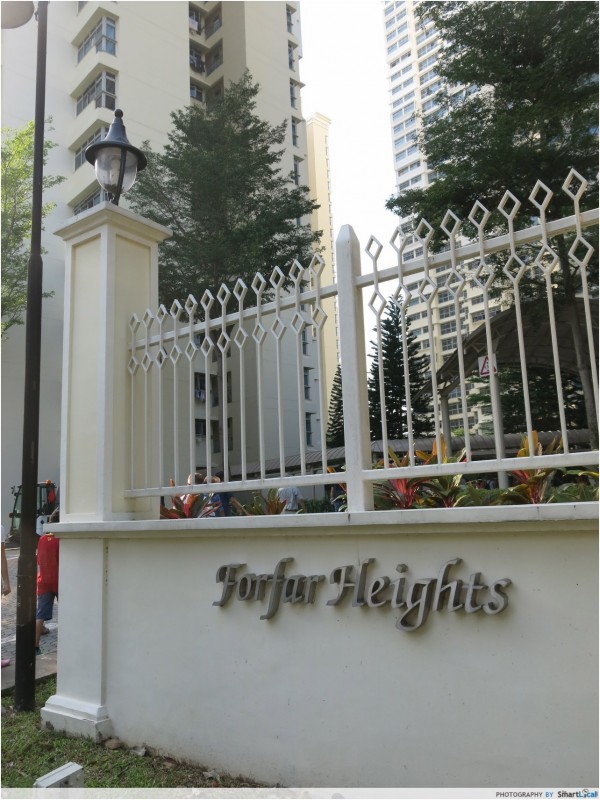 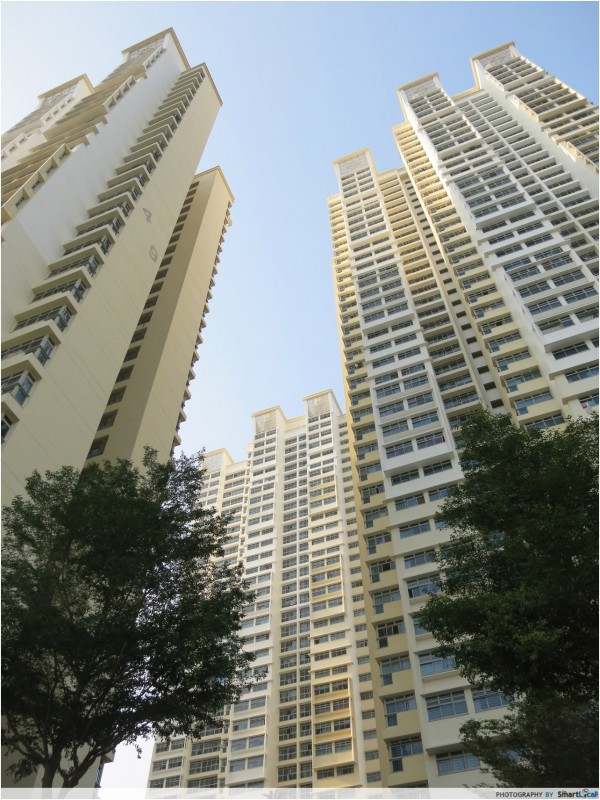 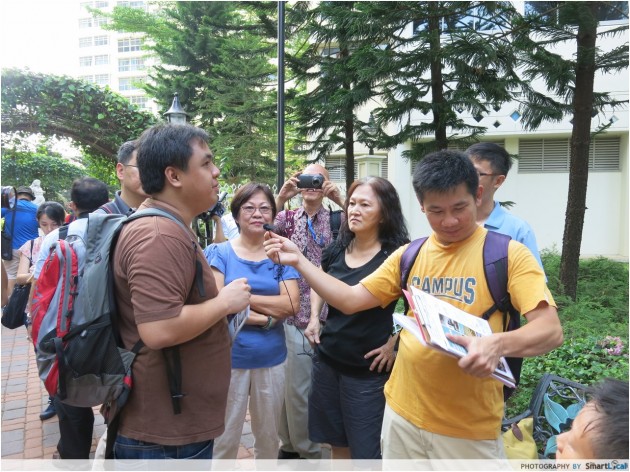 Our guides interviewed Doris and Susan, 2 long-time residents of Queenstown. They have nostalgic memories of a canal close by, with vivid memories of its stench, and frequent sightings of dead carcasses floating along. They also fondly remember the bustle of the wet market which has since been demolished.

3. It is Home to One of the Last SIT Buildings In Singapore 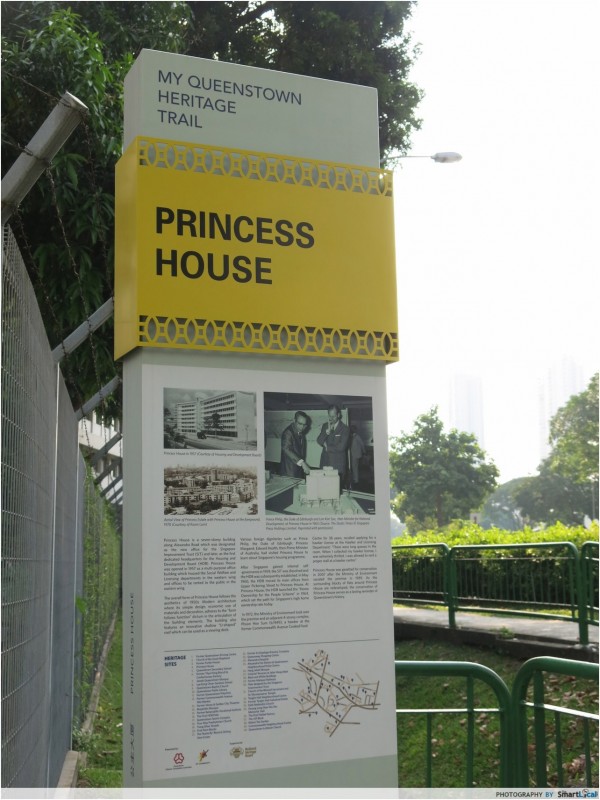 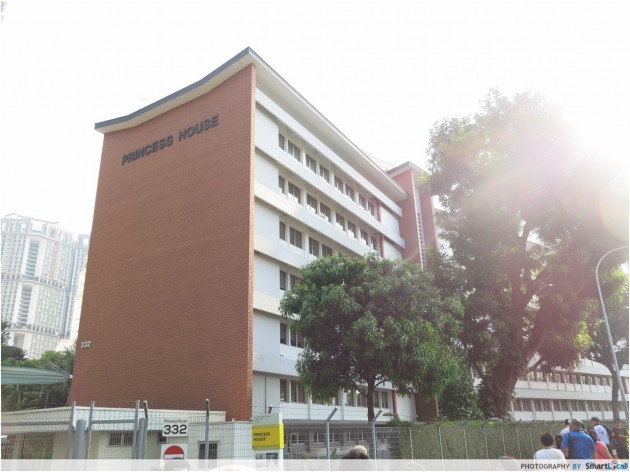 Princess House is one of the few buildings constructed by SIT that still stands today. It was designated as the new office for SIT, and later, as the first dedicated headquarters for HDB. It opened in 1957 as a multi-purpose office building. 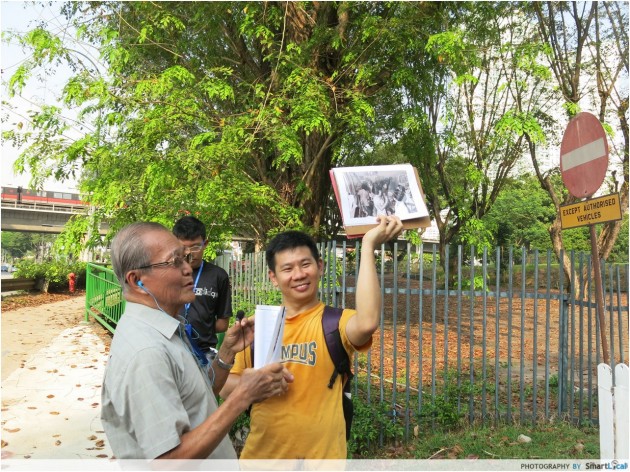 A member of our tour used to work at Princess House in the 50s and 60s, and recalled joining the large crowds at the Consumers Cooperative Club nearby.

It operated like a mini supermarket, and was extremely popular as it sold goods at 20-30 cents cheaper than market prices. Yes, that was quite a sum of money back in the day. He also recalled having a good view of the Hock Lee Bus Riots from his office. 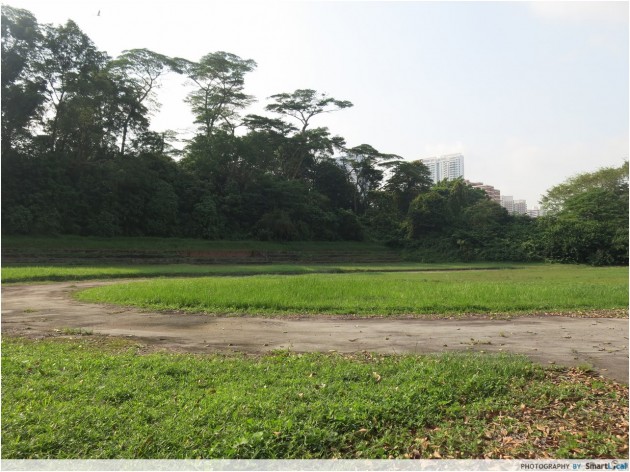 Hidden in the vegetation along Stirling Rd lies an abandoned running track, untouched in decades except by Mother Nature. Our guide told us that many schools in the area used this running track for sports events and ceremonies. 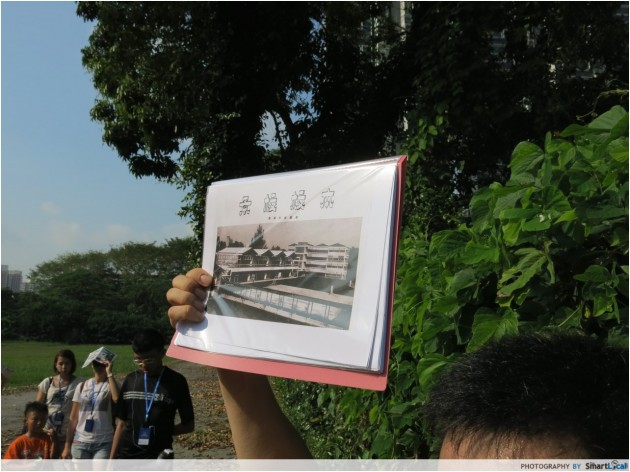 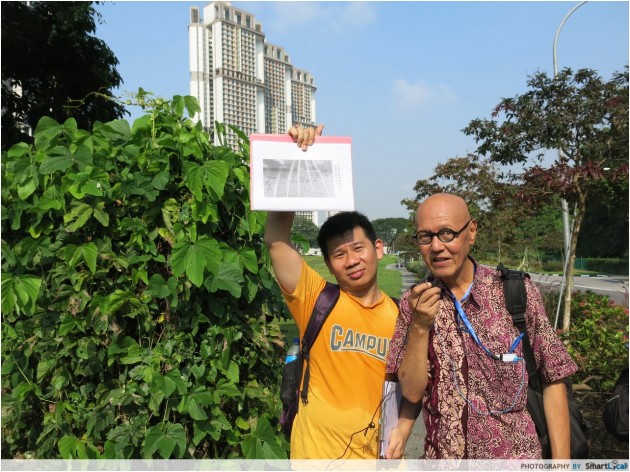 One of the tour members, James, shared about his intimate connection with this running track. In the past, the track served as a secret rendezvous point for him and his then-girlfriend, making for romantic and exhilarating dates. 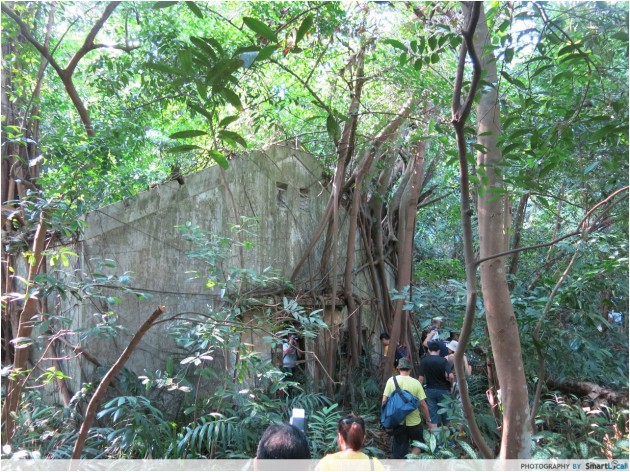 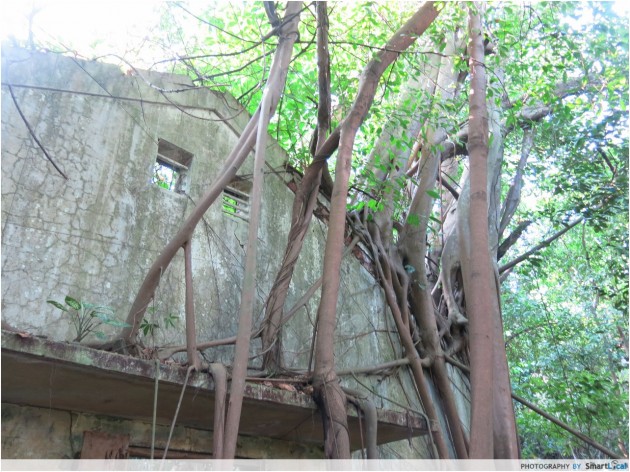 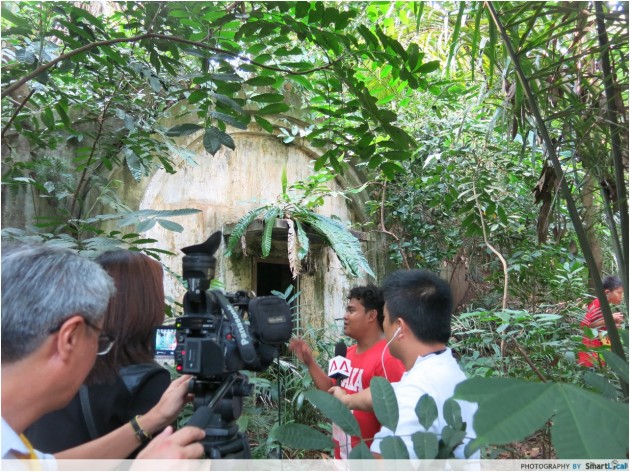 Exploring these abandoned barracks was the most interesting part of our guided tour – we had to brave the mushy trail and trek through a thick mass of vegetation to get to these ruins! Nobody knows what these mysterious ruins are nor where they come from. Judging from their looks, all anyone could deduce was that they may have been army barracks during WWII.

6. A Village Named After A River With No Determined Source 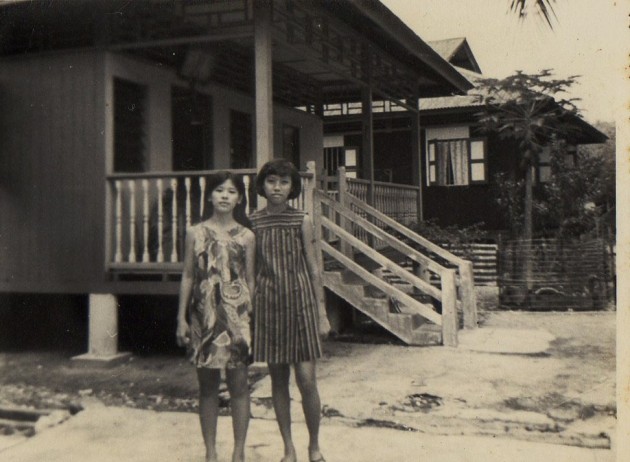 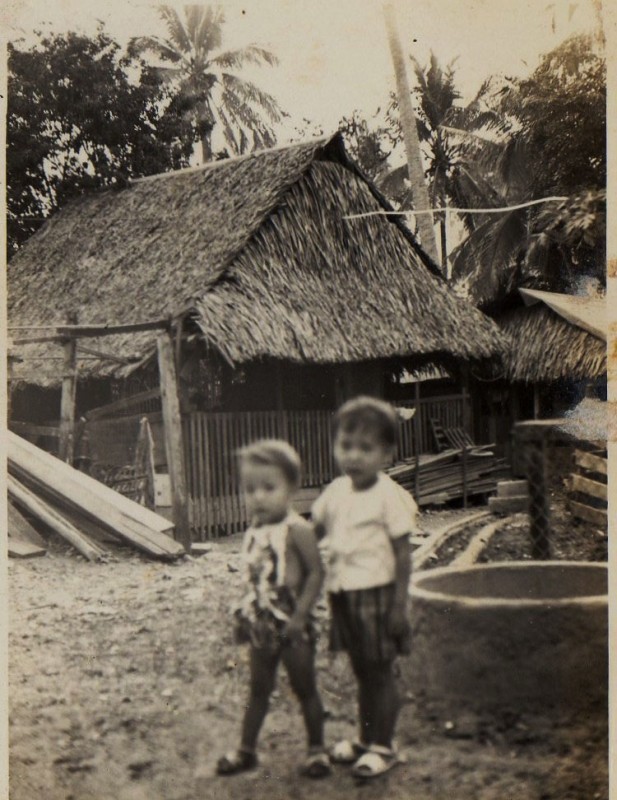 Along Stirling Rd used to be a sleepy Kampong known as Boh Beh Kang (Hokkien for No Tail River) Village, named after the river flowing through it of an undetermined source.

There were 300 households, a village school known as Da Hua School, a burial hill and orchard and rubber plantations. Village life was idyllic, but was soon interrupted by the invading Japanese during WWII.

By 1968, the village was torn down to make way for the construction of the Mei Ling Estate. 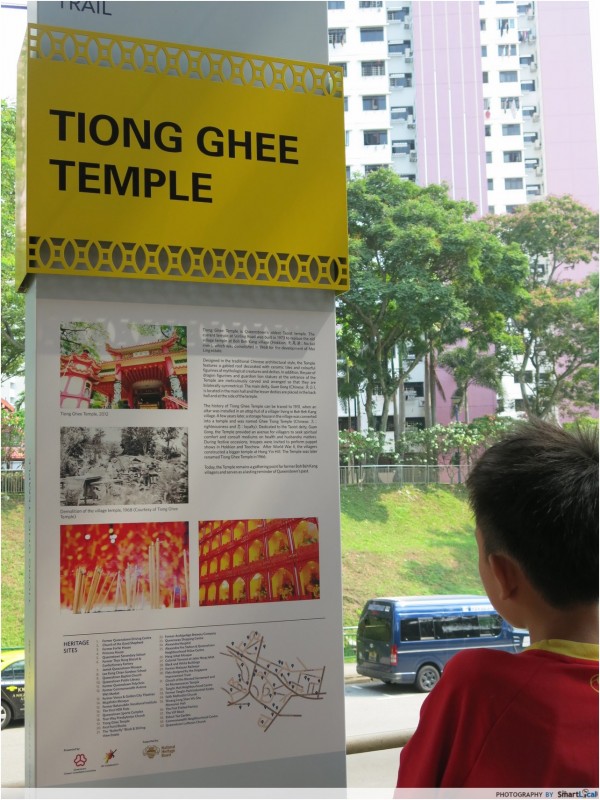 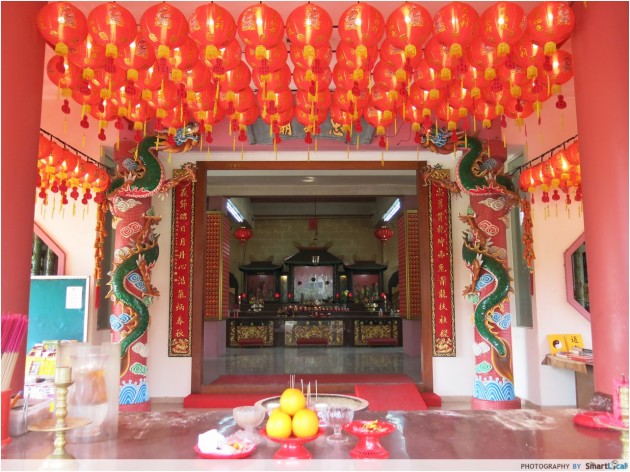 Tiong Ghee Temple’s roots can be traced back to 1931, where an altar was installed in a villager’s hut in Boh Beh Kang village. Later, a village house was converted into the Ghee Tiong Temple, which was a Taoist Temple where villagers could seek spiritual respite and consult mediums.

After WWII, the villagers came together and constructed a bigger temple, which was renamed Tiong Ghee Temple in 1966. 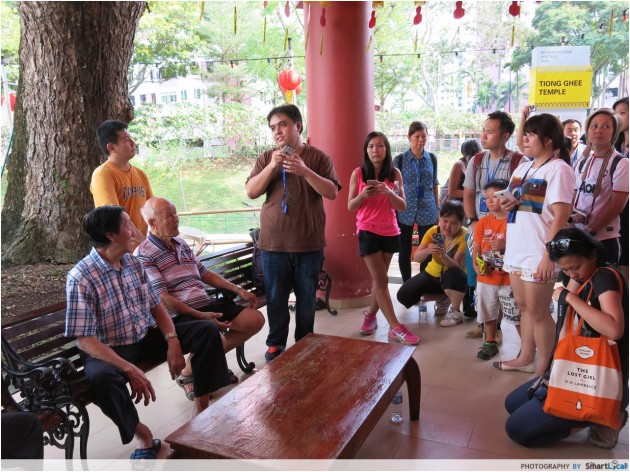 Today, the temple remains a gathering point for former Boh Beh Kang villagers. Two such former villagers are Mr Ang and Mr Soh, who shared their stories of village life. Both of them were born in Boh Beh Kang, and witnessed first-hand the horrors of the Japanese Occupation.

Mr Ang recalled the Japanese troops storming into the village and taking over the army camps, and remembered his father having to drag casualties off the main road. Us listeners could only imagine the pain and terror of it all.

8. It is Home to One Of Singapore’s Most Unique HDB Flats 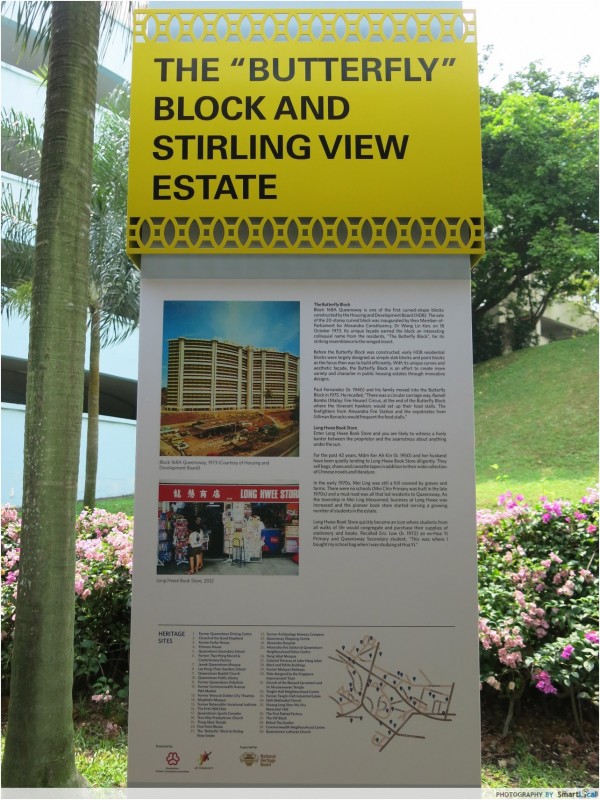 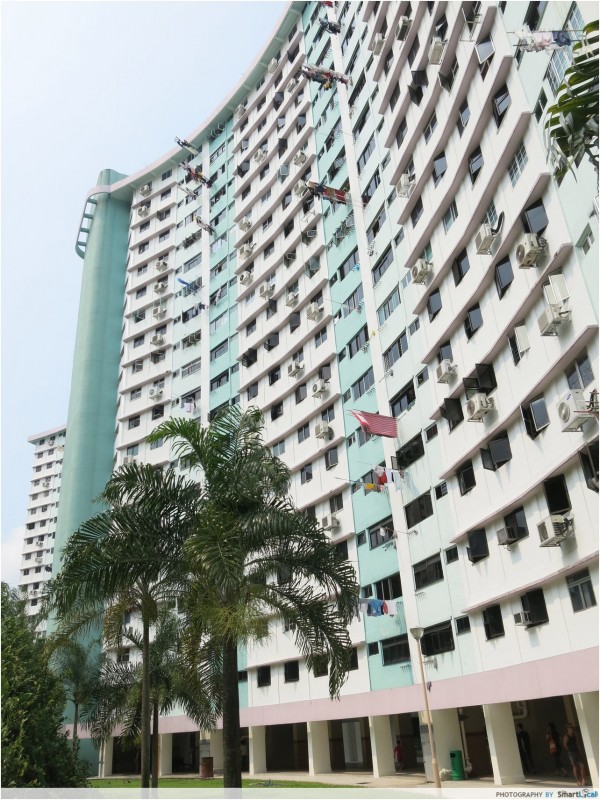 Block 168A Queensway is also known as the Butterfly Block due its shape, which resembles a butterfly taking flight. It is one of the first curved-shaped blocks to be constructed by HDB, and its unique shape adds character and variety to Queenstown. 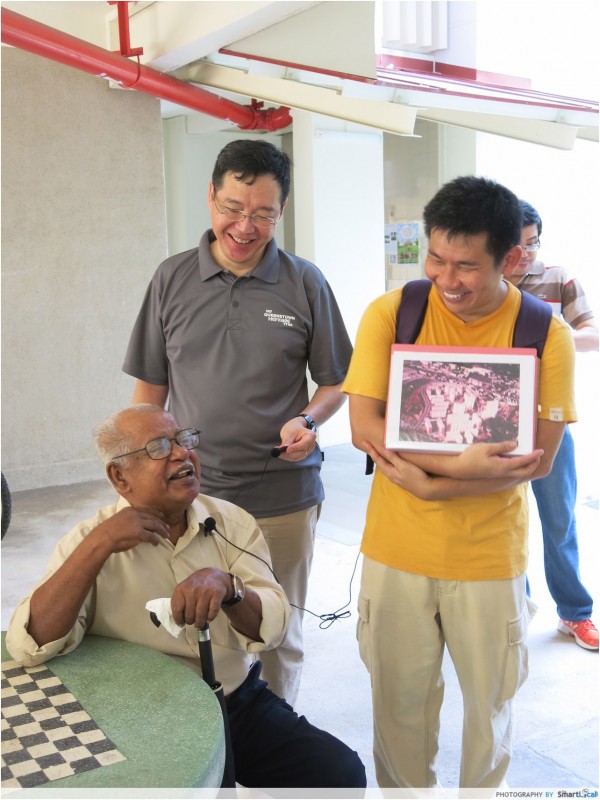 Mr Fernandez is a 74-year-old retiree who has lived in the Butterfly Block for nearly 40 years. He recalled having to spend a lot of money on repairs for his flat due to its poor foundation. The government was scrambling to accommodate people, and there was even a point where 55 flats were being built in a day!

He fondly remembers Queensway Shopping Centre as the social hub for residents in the area, and how Jumbo Coffee House was the hotspot for local youths in the 1970s-80s.

9. It Houses One of Singapore’s First Shopping Malls 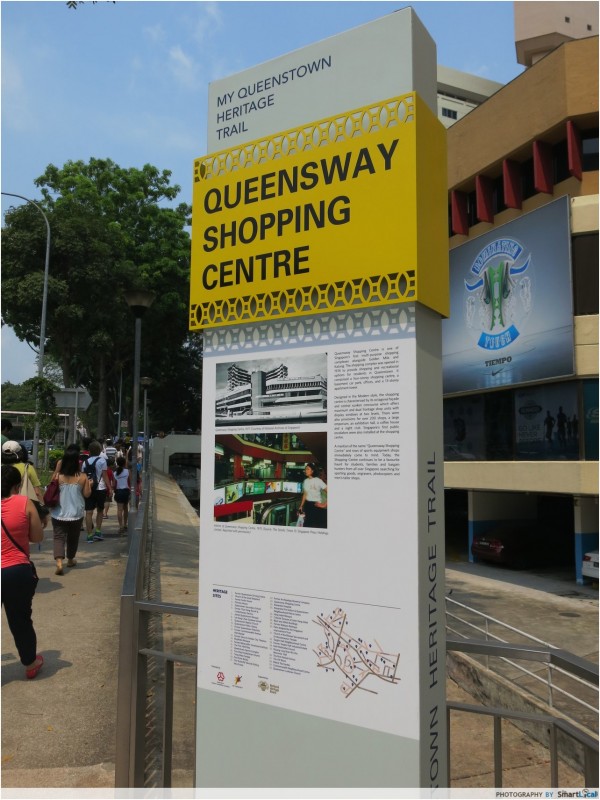 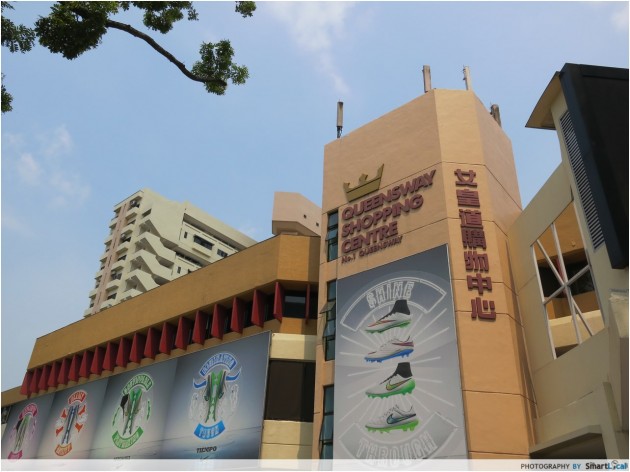 Most of us would know this place for its cheap sports equipment, t-shirt printing shops and that delicious laksa stall, but few know of its history. Opened in 1974, Queensway Shopping Centre was one of Singapore’s first multi-purpose shopping complexes together with Golden Mile and Katong.

It was the first shopping mall to boast escalators, and it housed over 200 shops, a large emporium, an exhibition hall, Jumbo coffee house and a nightclub. How happening it must have been!

10. The Scene of A Horrific Japanese Massacre 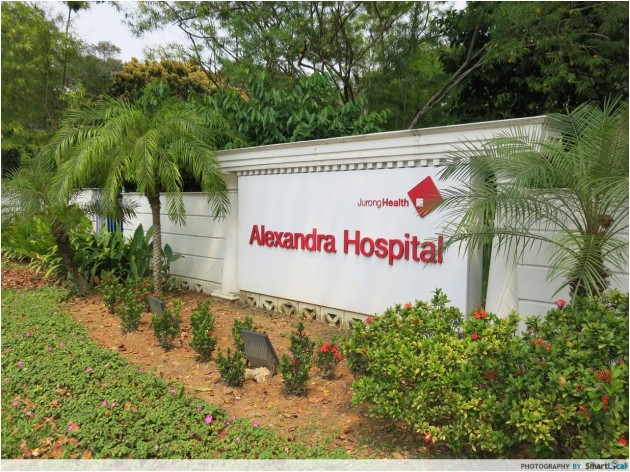 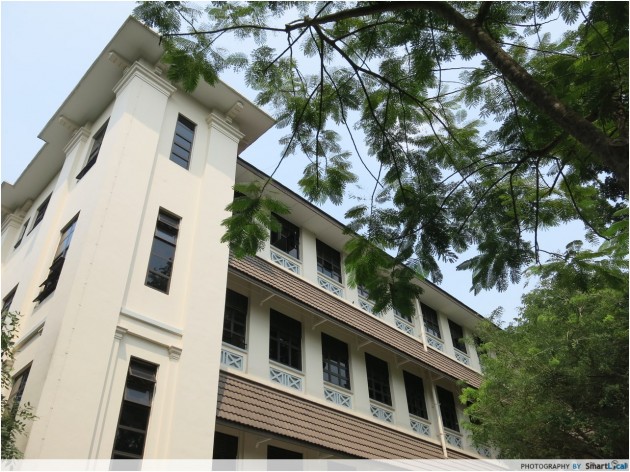 This hospital was the last point of our tour, and also the most depressing. Alexandra Hospital is beautiful, with its beige walls, classical architectural style and surrounding greenery. It’s even known as the “Hospital in a Garden”. It hides horrors that went on behind these walls on 15 February 1942.

A day before the surrender of Singapore, Japanese troops stormed into the hospital and carried out “the largest and most awful massacre of British troops in World War II”.

In a ridiculously short span of 30 minutes, the Japanese rained bullets on the hospital and killed and captured more than 200 hospital staff and patients. No one was spared – even surgeons in the middle of operations were killed mercilessly.

War makes human life so insignificant, and understanding this fact made me value the peace and stability of our country so much more.

My Queenstown Heritage Trail is held on the last Saturday of every month from 9am – 11.30am, and the meeting point is at Queenstown MRT Station.

To register, you can visit their website, drop them an email at myqueenstown@gmail.com, or call Queenstown Community Centre at 64741681.

Albeit disorganised due to the large size of the group, I had an enriching morning traipsing around Queenstown, feeding myself with knowledge of its past. The guides are all volunteers, so you can be sure that they’re very passionate about keeping the heritage of Queenstown alive.

If you history buffs find yourself idle on the last Saturday morning of the month, take part in this heritage trail and you can thank us later!

This post was brought to you by My Queenstown. 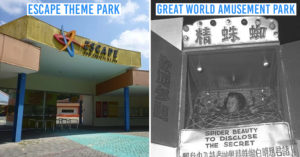