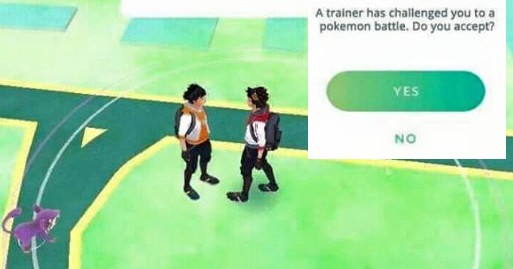 Whether you’ve already caught them all or are just plain sick of the game, don’t go dragging that Pokeball app logo to “uninstall” just yet. The internet is flooded with speculation of impending Pokemon Go updates. We broke it down to the ones that are actually well on their way to fruition!

From official Niantic news to insider leaks where tech-savvy players tapped into the game code and unearthed new developments, here’s a consolidation of everything you need to know.

Seasoned Pokemon hunters have a lot to get excited for. And for those who have somehow managed to stay off the bandwagon despite all the insane hype might just find what it takes to hop on.

Niantic announced early this month that we’ll soon be able to elect our favourite Pokemon as a buddy. Basically, the buddy Pokemon will walk around with you, much like a loyal Pikachu. No word on if we’ll be able to fit a Snorlax on the shoulder though. 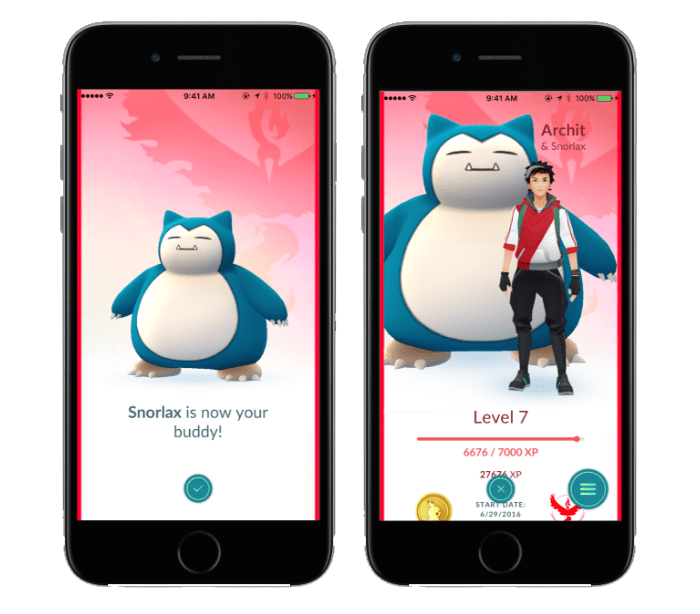 At first glance, the buddy system may seem like just a way for an adorable companion to trudge alongside your game avatar on the map layout. Cuteness aside, the Pokemon you choose to have as your buddy will actually reward your walking with precious Candy for that respective species!

That’s right, you no longer have to rely on just catching that specific Pokemon or painstakingly transferring all your duplicates to the Professor.

Candy rewards are doled out in varying distance required for each species, from 1 to 3 km. Here’s a handy-dandy candy guide for you to save before you slip on your running shoes!

Take it back to the old-school days where you and your Pokemon trainer friends could trade the pocket monsters by beaming them from one Gameboy to another. This update – evidence of which can already be detected in the game’s code – will change things up in a pretty big way. 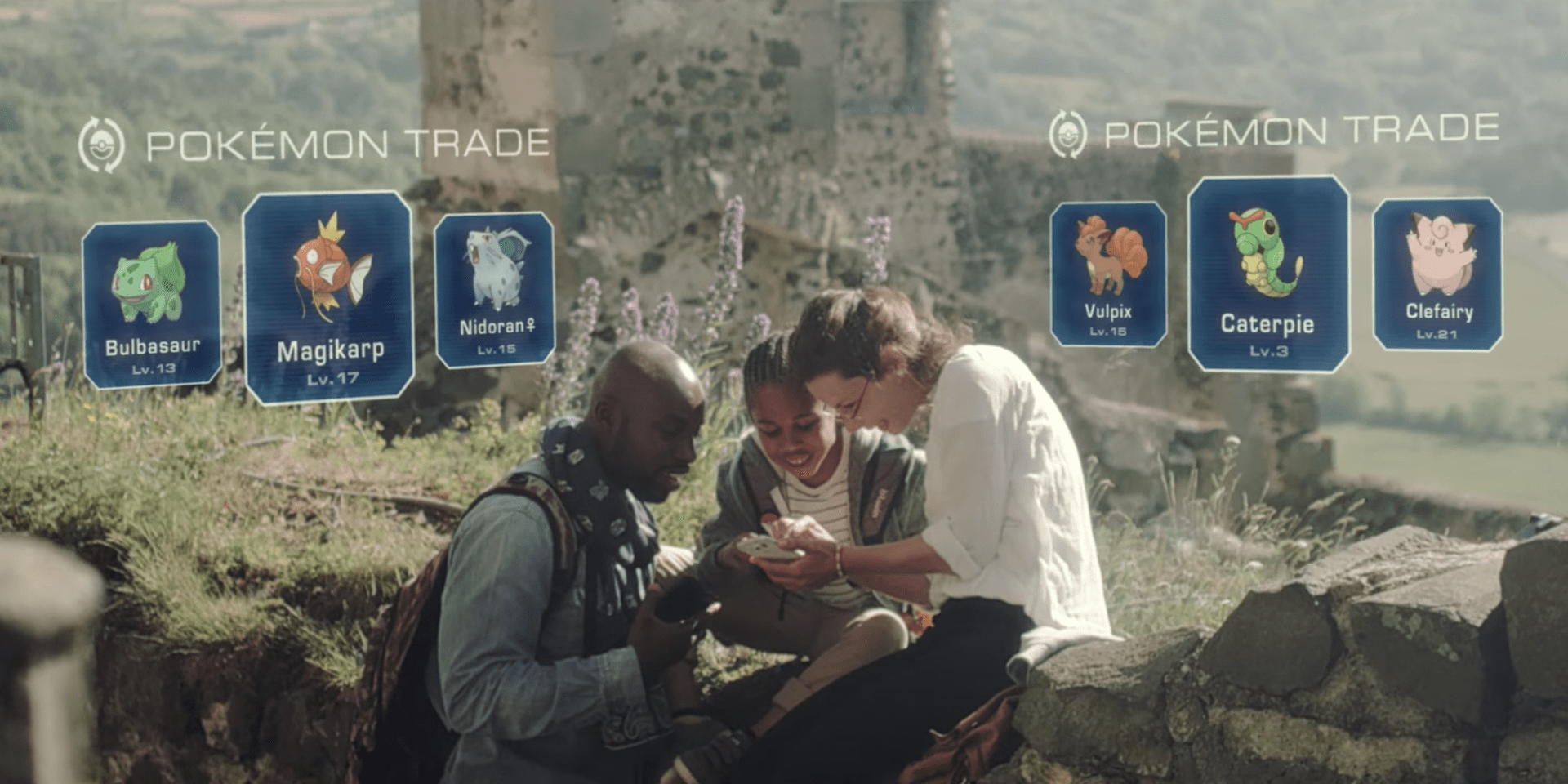 Got too many Abras because you happen to live at a place that’s their nest? Somebody who stays at the other end of Singapore has never even seen one. Go ahead, trade your duplicates and make their day!

Getting permanently banned from the game is every serious Pokemon hunter’s worst nightmare, so don’t even run the risk of spoofing. Trading capabilities will remove the frustration of not being able to catch region-locked species – as financially strapped students who have no means of getting out of the country breathe a sigh of relief.

Source Kangaskhan, you are mine! And without having to travel Down Under, too!

Trainer battles were part of the essence of original Pokemon games, and works are in progress to bring them to Pokemon Go.

With Player Versus Player (PvP) battles, you’ll no longer need to locate and station yourself at a designated gym spot. Rejoice, for this means that you can basically find yourself some opponents and stick to one comfy spot and battle all day, errday. Rake in all the XP!

Similar to the original Pokemon games, PvP battles will be triggered when you encounter a fellow Pokemon player. This will also encourage more friendly banter with strangers you pass by on the street who are also playing! Just try not to get arrested when your beloved Exeggcutor gets defeated.

Been trying your darndest to catch enough of a particular species for it to evolve? You’ll be glad to know that the game is rolling out special incense items that will attract specific Pokemon types. 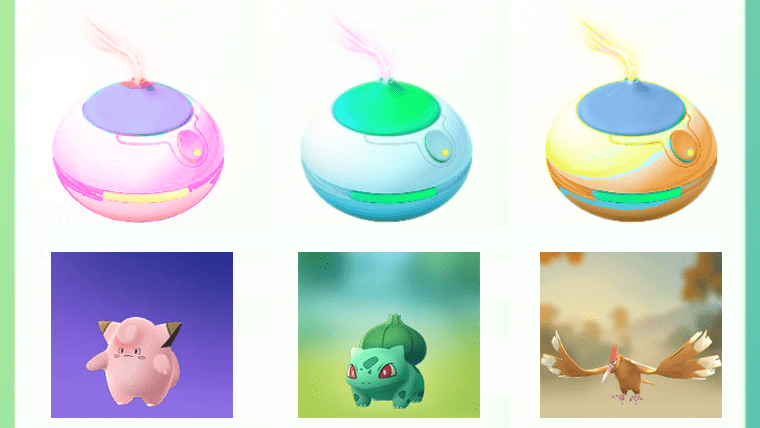 First spotted in the game’s coding, the new special incense will work just like the current ones. Activate it, and it’ll bring Pokemon to your location for a cool 30 minutes. The designated incense will attract Pokemon that are grass type, flying type, fire type, so on and so forth.

Tip: Although it’s pretty neat to just sit back and wait for the critters to come to you, incense will actually spawn Pokemon quicker if you move about! The algorithm makes for one Pokemon around every 5 minutes, or 200 metres travelled.

A highly anticipated addition since the game was launched, this update would be no less than colossal. Rather than simply slapping an entire new generation of Pokemon into our mobiles, Gen II will reshuffle many aspects of the game as we know it. From species distribution across regions to evolution mechanics, it’ll essentially bring forth a new wave in gameplay. 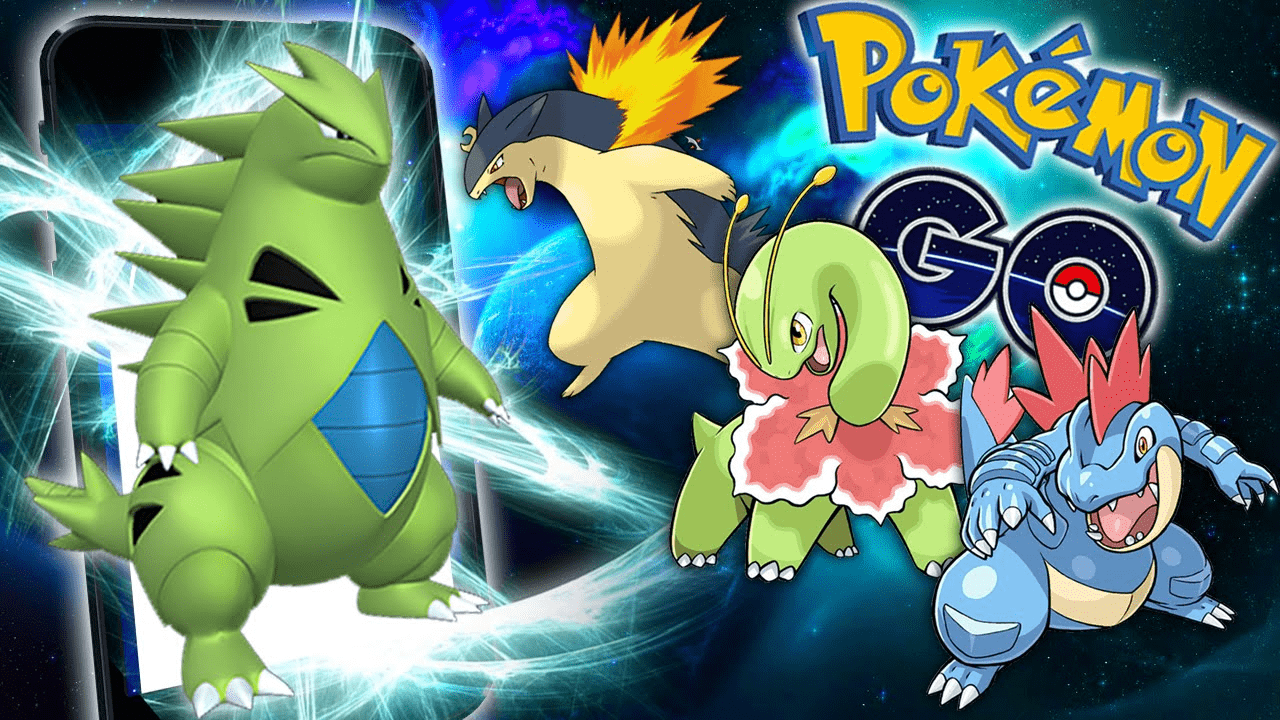 The arrival of Gen II will take a while, so don’t hold your breath. In the meantime, we can all look forward to hunting special, legendary and ultra powerful Gen II species like Kingdra, Tyranitar and Slowking. And the ones that are just plain adorable, of course!

It’s been a wonderful few weeks bonding with the species that have been filling up your Pokedex, so it’s understandable if you can’t bear to part with their familiar faces. Gen II will not only introduce over a hundred new species, it’ll also allow you to further evolve your OG (original gangsta) first generation Pokemon! 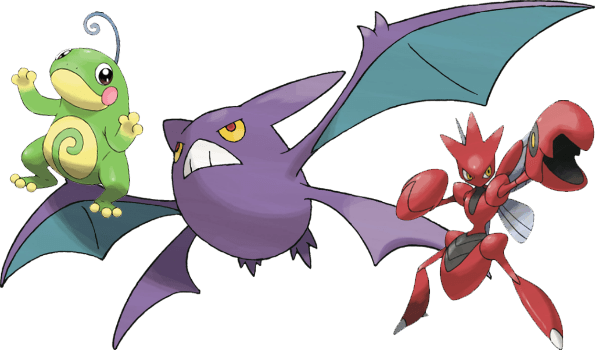 Source  Say hello to Politoed evolved from Poliwag, Scizor from Scyther, and Crobat from Zubat.

Still reeling from excitement over getting to pick your Eevee’s evolution fate by naming them Pyro, Sparky or Rainer? The Gen II update will add Espeon and Umbreon to the list of possible evolution outcomes! Time to set up a proper Eevee farm!

Arguably one of the most exciting updates yet, as it ties in real world activities on top of virtual developments. Niantic has officially shared with us the Pokemon Go PLUS, which makes use of Bluetooth connections to sync your mobile to a physical Pokemon band device.

I personally find it a drag to have my Pokemon Go app open at all times so as to reap all the kilometre progress of hatching my eggs. Wearing the connected device around your wrist takes care of that burden!

What’s more, it’ll actually light up and vibrate to notify you of each Pokestop you pass by or wild Pokemon you encounter on your path. Without even having to take your phone out of your phone or pocket, you can give the wearable Pokemon Go PLUS device a quick click and it’ll collect new items AND catch the Pokemon for you.

Plus, the band just makes for a spiffy fashion accessory whilst demonstrating to the world that you are a proud Pokemon hunter.

Pokemon Go: More Than Just Catching Them All

There you have it. A complete list of Poke-updates to be absolutely stoked about. Releases will be coming to us steadily over the course of the coming months, so there’ll always be something new and exciting just around the corner.

Some might think that the hype of the game is starting to die off, but its loyal fanbase and constant stream of new sign-ups every day beg to differ. As new developments get introduced, each version better than the last, and the worldwide legion of Pokemon Go players will only get bigger.

You’ll be glad to have started early in your journey to be the very best.