We live in an age where we turn to online sources for just about anything, from shopping and connecting with friends right down to finding love. While we enjoy the convenience of doing all these things with just a few taps on our phones, we mustn’t let our guard down online.

As the 4 types of online scams below reveal, the online space has been misused by unsavoury people out to make a quick buck out of unsuspecting people like you and me. Read on to learn more about these scams and what you can do to protect yourself from falling victim to them. Online shopping is most probably the medium that is worst hit by scams in Singapore, given its popularity among Singaporeans looking for good deals on their purchases. Miss Felicia Chua is one such victim of online shopping scams back in 2016 when she attempted to buy 7 USS tickets off Carousell.

Originally priced at $532, Miss Chua thought she was getting a good deal when they were offered at $302.50. She didn’t think twice about transferring the money, and only realised she had been scammed when she received no response from the Carousell seller after a few days.

TSL tip: Situations like Miss Chua’s are pretty common, with sellers going MIA after successfully snagging money from trusting buyers. But to avoid such scams, a general rule of thumb to follow is this: If an online offer seems too good to be true, it most likely is.

Otherwise, if a seller pushes you to make full payment before delivering the goods, start by offering to pay a small deposit first. If the seller refuses and/or becomes agitated, simply call off the deal.

Facebook impersonations are aplenty these days, where people pretend to be the friends of others they don’t even know to achieve their own ends. This 20-year-old woman learnt of this problem the hard way back in 2016, when a female friend on Facebook contacted her for help with a breast cancer project. This “friend” claimed she needed photos of the front and side views of the woman’s breasts, going so far as to promise her a Samsung Galaxy S7 Edge and $600 as remuneration. The woman only became suspicious when she was told to send over pictures of her breasts with her face.

On contacting the friend, the woman found out that said friend had not reached out to her on Facebook. It was later discovered that a 27-year-old man had hacked into this friend’s account to communicate with the woman.

TSL tip: Such scams are easy to identify and avoid, however. For starters, when approached by a friend on Facebook or other social media, check their profiles. If these profiles are barebones with few to no updates, it most likely means that they were created recently and not your friend.

Or in the case of potentially hacked accounts, cease communicating the moment they make strange requests like what the woman in the case above experienced. Cross check with your friends irl and make sure they are the ones contacting you and not anyone else. It’s pretty easy to take up loans today, with online platforms set up for you to do so at your convenience. And when messages touting low-interest-rate loans sneak into your phone’s inbox, it’s easy to get swept away and forget the legitimacy of it all.

It starts off as a harmless text or Whatsapp message promising money at an interest rate that’s almost too-good-to-be-true. You take the bait. Before you know it, you’re instructed to put down a deposit before the loan can be put into effect. Not thinking anything of it, you do as you’re told. You never hear from the scammer or see your deposit again.

This scenario might sound like an obvious red flag, but the 713 cases of loan scams reported in 2018 prove otherwise.

TSL tip: To safeguard yourself and your loved ones, loans should only be taken from reputable institutions like banks. If you see a loan-related text pop-up on your mobile, report it as spam immediately. 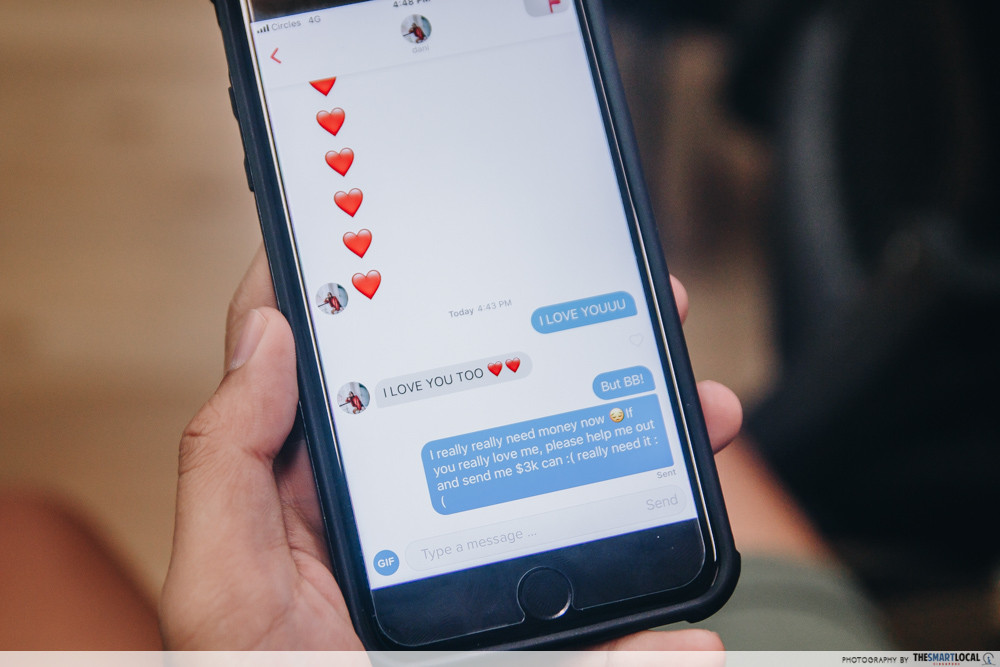 Love is something that can now spring from online spaces, what with the availability of social media and even apps that connect us to potential partners. But this is something that has also been besmirched by scams, such as the one this 48-year-old woman experienced in early 2018.

The woman was first approached by what appeared to be an attractive Canadian man on Facebook. Lured by his honeyed words, she trusted him when he said he’s sending her a parcel filled with gifts valued at USD25,000.

She was then contacted by the courier company, who told her the parcel was stuck at customs, requiring her to transfer $2,650 to release it. She was later instructed to send over another $5,000.

As this case reveals, there are people out there who will wilfully abuse the online space to manipulate the feelings of others – especially those who desperately seek love in their lives.

TSL tip: As with meeting new people irl, you should always exercise caution when meeting strangers online. Furthermore, promises of love by strangers you’ve never even met should never be trusted – these often come pegged with ulterior motives.

Should you encounter anyone who flat out asks for money – especially by a third party like the “courier company” in the case above – do not follow the instructions, and instead report the case to the police immediately.

As the above cases illustrate, everyone from all walks of life are vulnerable to scams. Scammers have no qualms targeting anyone, so long as they achieve the devious goals they’ve set up for themselves.

To combat the work of scammers, the National Crime Prevention Council (NCPC) and the Police have joined arms to defeat them. But they need just one more crucial component to fortify their offense: You.

It is undeniable that taking things online makes life so much easier. But even while you enjoy the convenience, you should always be alert in all your online interactions and transactions. As an added level of protection, make sure to visit the Scam Alert website sign up for frequently updated scam alerts from NCPC and the Police.

Join the fight against scams here

This post was brought to you by National Crime Prevention Council. Photography by: Yeo Yuan Ning 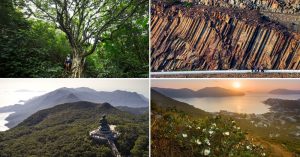