Few know that Singapore is home to various creatures that you wn’t be able to find at the zoo. In the last 5 years alone, over 500 species have been disovered and rediscovered here, proving that this seemingly tiny red dot still has many surprises hidden in its natural nooks – some of which are new to Science. 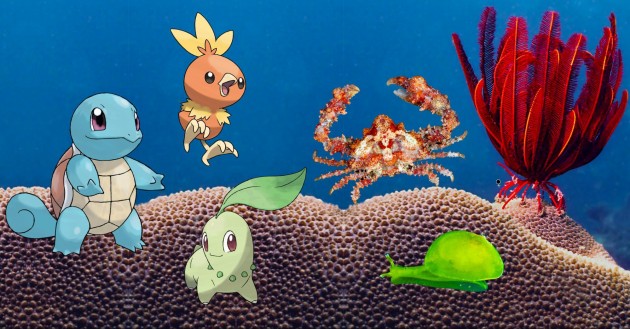 Knowing how the Pokémon franchise loves adapting from real-life curiosities – a bunch of keys, and vanilla ice cream cones are among the more questionable ones – we posit that the following 12 creatures can be worthy contenders for Generation VIII.

It’s a feather duster! It’s a wig! It’s one of those rotating car wash brushes that you see at Esso! No – it’s a Feather Star, also known as a Crinoid. 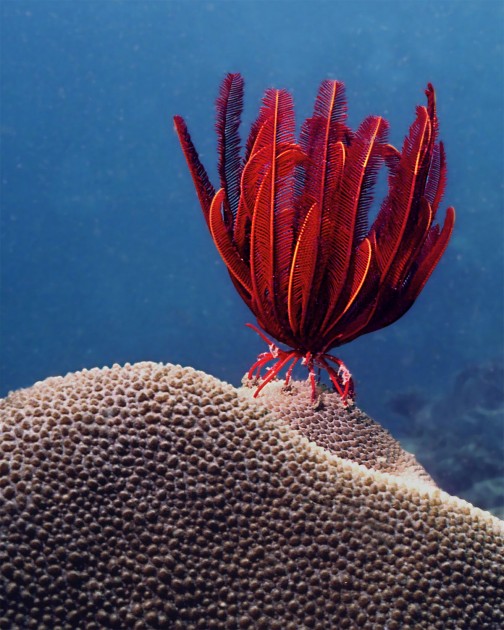 While they may not resemble Patrick Star in the slightest, Feather Stars have endoskeleton (internal skeleton) similar to that of starfish and sea urchins. These fluffy-looking creatures can have anywhere between 10 to 200 arms at a time – an entire army unto itself.

Where it was found: Near living reefs on Singapore’s Southern shores 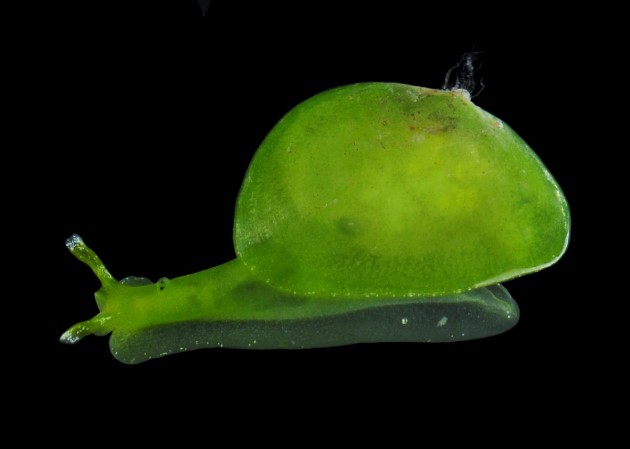 Depending on how you look at it, the Berthelinia cf singaporensis Marine Slug either looks like a Hulk version of a snail, or an itty bitty leaf. This tiny slug can be found among algae, and doesn’t do much apart from sucking on sap.

And in a classic case of “it’s either adorable or horrifying”, its orange variation, the Berthellina quadridens, looks like a sentient sashimi:

How your sashimi would look like if it tried running away from you. Image credit: WAKAYAMA TIDEPOOL

Where it was found: Intertidal coral reef in a lagoon at Lazarus Island, and rocky shores of Saint John’s Island

Both the Tyrannomyrmex rex Ant and the prehistoric creature that it’s named after were once considered to be long gone – but don’t expect them to share any more similarities beyond that. 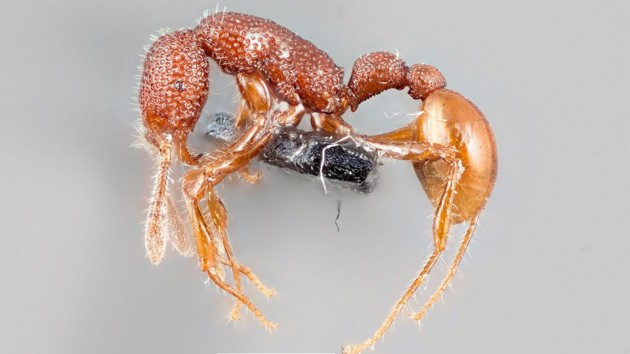 Unlike their Jurassic Park counterpart, this species of ants are timid, opting to curl up and avoid any contact instead of attacking when in the presence of a millipede. Yet, when desperate, these mild monsters will resort to cannibalism – there’s simply no in between.

Where it was found: Mandai forest 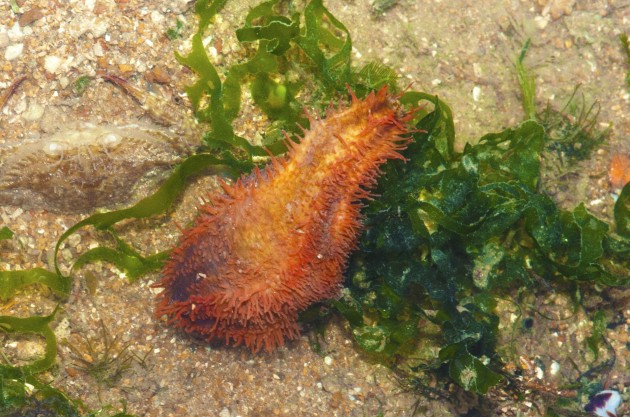 Like a misshapen mishmash of an eggplant, carrot and cactus, the Mensamaria intercedens Sea Cucumber looks nothing like a cucumber.

While they may appear like an underwater version of the tumbleweed, flailing heedlessly across ocean floors, they’re actually more useful than given credit for; they recycle nutrients and consume waste found throughout seabeds.

Where it was found: Mudflats of the Johor Strait

Not all spider hybrids are of the “friendly neighbourhood” variety – some get bitten by a radioactive spider and become web-slinging superheroes, while others, like the Neorhynchoplax venusta Spider Crab, end up in obscurity, and looking like a critter manifest from Dr. Frankenstein’s wildest imagination. 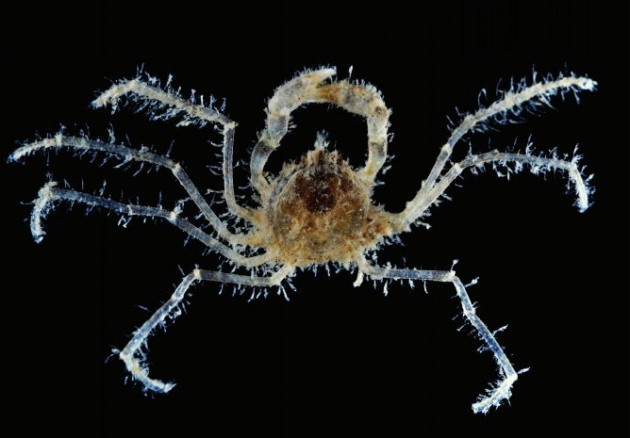 They’re not even the most terrifying of their kind; the uber monstrous Japanese spider crab is a distant cousin. And we’d like for it to remain like that – far, far away.

Where it was found: Seagrass bed along Pulau Sekudu, off Chek Jawa 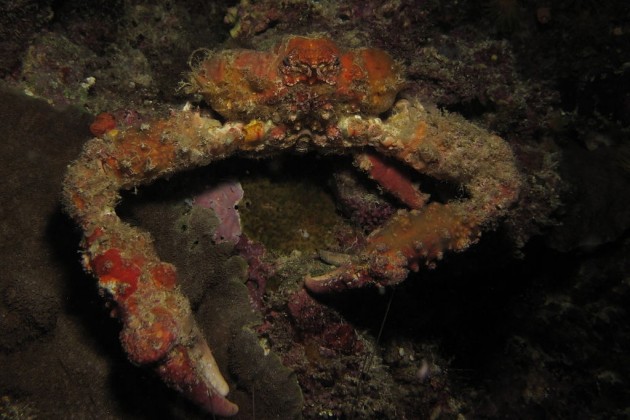 When it comes to names, it doesn’t get any more awfully specific than the Horrid Elbow Crab. It’s one thing to be named after a random body part, but it’s downright unfortunate to be deemed nasty-looking too. #StopCrabShaming2k17

Their blemished and rough exterior isn’t just hostile-looking, it’s actually pretty harmful too. These crabs are reportedly mildly toxic, so don’t expect them to be served as chilli crab at Jumbo Seafood Restaurant anytime soon.

Where it was found: Along St. John’s Island

The Plate Crab is so obscure that when you Google “plate crab”, you’ll be hard pressed to find what you’re actually looking for – amidst the sea of crabs made out of paper plates. 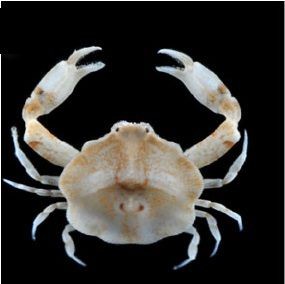 Scientifically named “Paranursia abbreviata”, their exteriors serve as camouflage amongst dead and eroded corals. When seen from topside, their translucent shells resemble a face that’s been heavily distorted by a Snapchat filter.

Where it was found: Along the shores of Pulau Hantu 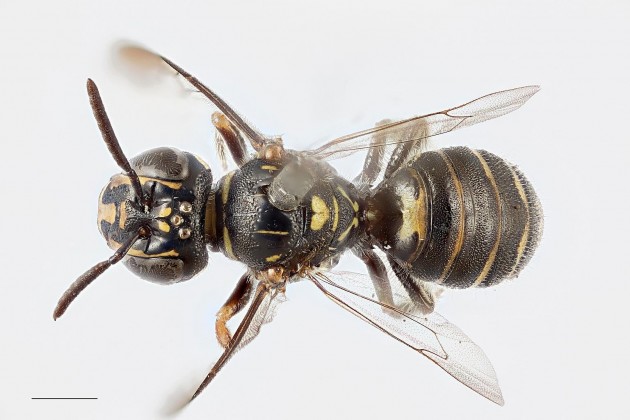 Carpenter bees like the Ceratina Sayang are generally considered docile. In fact, this particular species is love-lier than the average bee – the “sayang” (Malay word for “love”) in its name refers to the tiny heart-shaped marking on its thorax.

Unless you know what you’re doing, we suggest not chasing after one, lest you find yourself being chased after instead – female carpenter bees will sting if provoked

Where it was found: Rainforest at Dairy Farm Nature Park

Despite being “flowers of the sea”, sea anemones aren’t passive creatures. Their petal-like structures are actually tentacles that can sting. 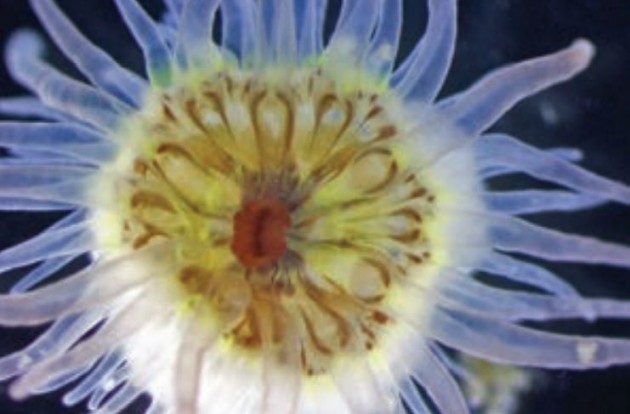 The one you see above is a potentially new-to-Science species called the Lipstick Sea Anemone, coined such due to its brownish-red mouth. Chances are, it won’t be long before your favourite Youtube MUA begins appropriating this deep-sea-aquatic look for their next tutorial video.

Where it was found: Mudflats in Pulau Ubin

The Blackwater Mud Snake gets its name from its natural habitat. One of the most lowkey snakes around, it’s non-venomous, mostly feeds on fish and comes out primarily at night. 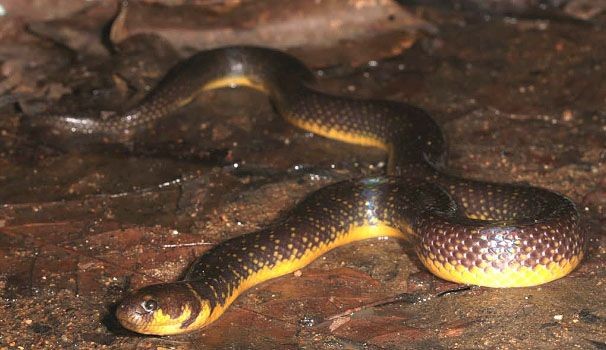 It’s also not much of a show-off; only its underbelly is covered with bright yellow scales.

The same can’t be said for its faraway relative, the Western Mud Snake. With its striking red stripes, most people would mistake it as a venomous reptile. But like its blackwater counterpart, it’s also quite harmless. 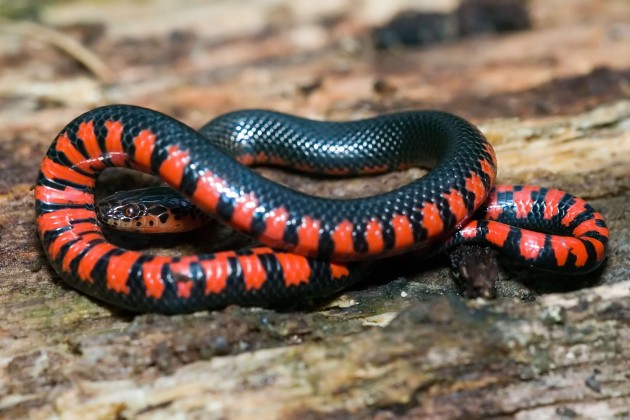 Where it was found: Nee Soon Swamp Forest 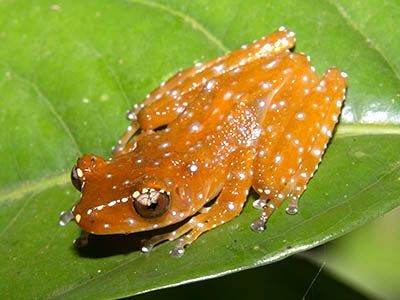 The Cinnamon Bush Frog isn’t called so because of its smell – and as far as we can tell, it’s not because of how it tastes either. Its orange skin, speckled with powdery white spots, is a specific cinnamon shade.

This unassuming creature is capable of making a sound that’s comparable to a fire alarm.

Where it was found: Central forests

The next time you’re out cycling at Pulau Ubin, keep a look out for the Ashy Roundleaf Bat. You’ll have a higher chance of finding them in abandoned spaces on the island, which incidentally, also happens to be where you might stumble upon other creatures of the supernatural kind. 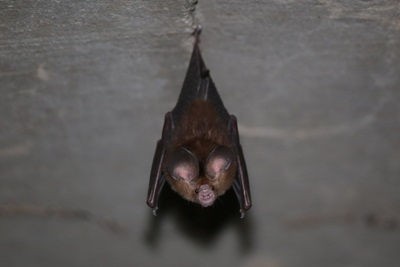 The bat’s “roundleaf” nose makes it look like a dark-coloured piglet with wings – the closest thing you’ll get to the “when pigs fly” hyperbole.

Where it was found: Pulau Ubin

Most of these creatures are highly elusive, so you may not stumble upon them as often as you would a mynah or a common house gecko. Make your way to the general locations that we’ve listed and bring along a pocketful of patience, and a camera with great magnification capabilities. With a little bit of luck, you might just see some of the creatures in person.