When in doubt, a meeting point my friends and I tend to settle on is Bugis. After all, it’s conveniently located on both the Green and Blue MRT lines, plus the area is also home to shopping and dining havens like Bugis Junction, Bugis+ and Bugis Street – also known collectively as Bugis Town.

But with the new year comes new haunts that have sprung up to make gatherings at Bugis even more worthwhile – including a new eatery for mala cravings and the first Miffy store in Southeast Asia for diehard fans.

What’s more, you can also enjoy CNY deals at Bugis Town from now till 11th February 2021 to maximise your savings when you’re hunting for your upcoming chu yi outfit. Read on to find out more: 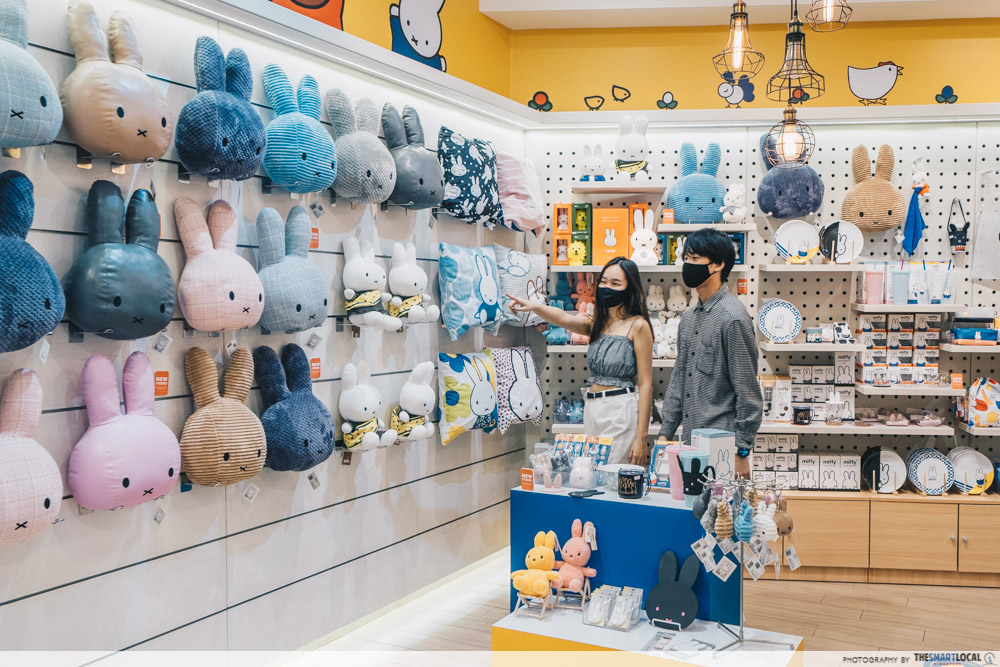 Fans of the bunny character or not, you would most likely remember Miffy from our childhood days – plushies or keychains featuring the character motifs might’ve even been exchanged as gifts.

While the Internet was the only place to purchase official Miffy merch previously, you’ll now have a physical Miffy store in Bugis+ – the first in Southeast Asia – to fuel your Miffy obsession. 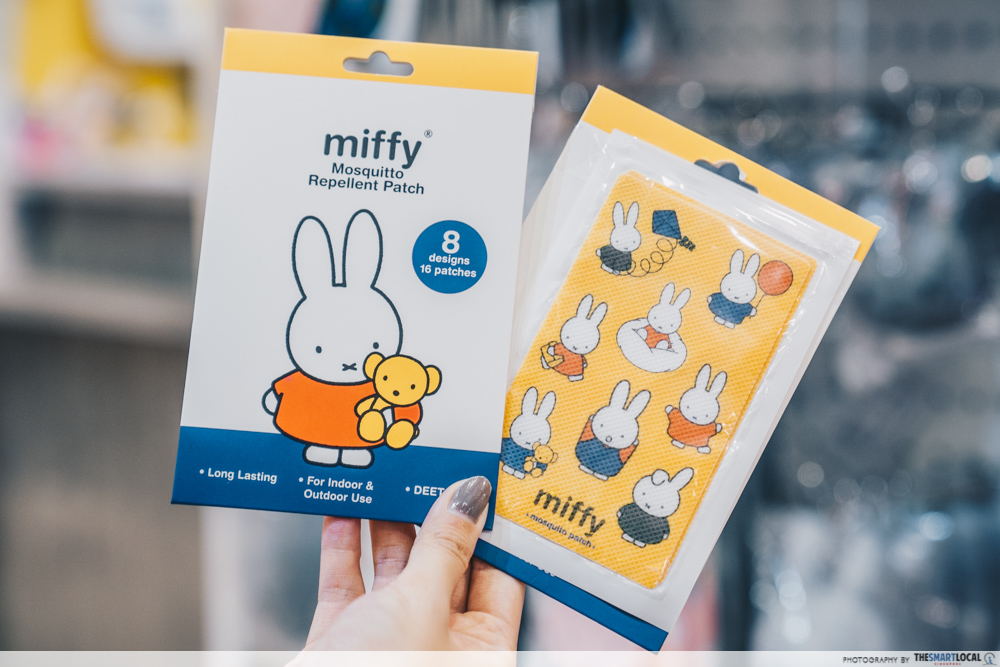 If you’re planning on getting something for a friend, head down to cop exclusive deals like 1-for-1 Miffy Mosquito Repellant Patch ($7.90 each) for outdoor adventurers. 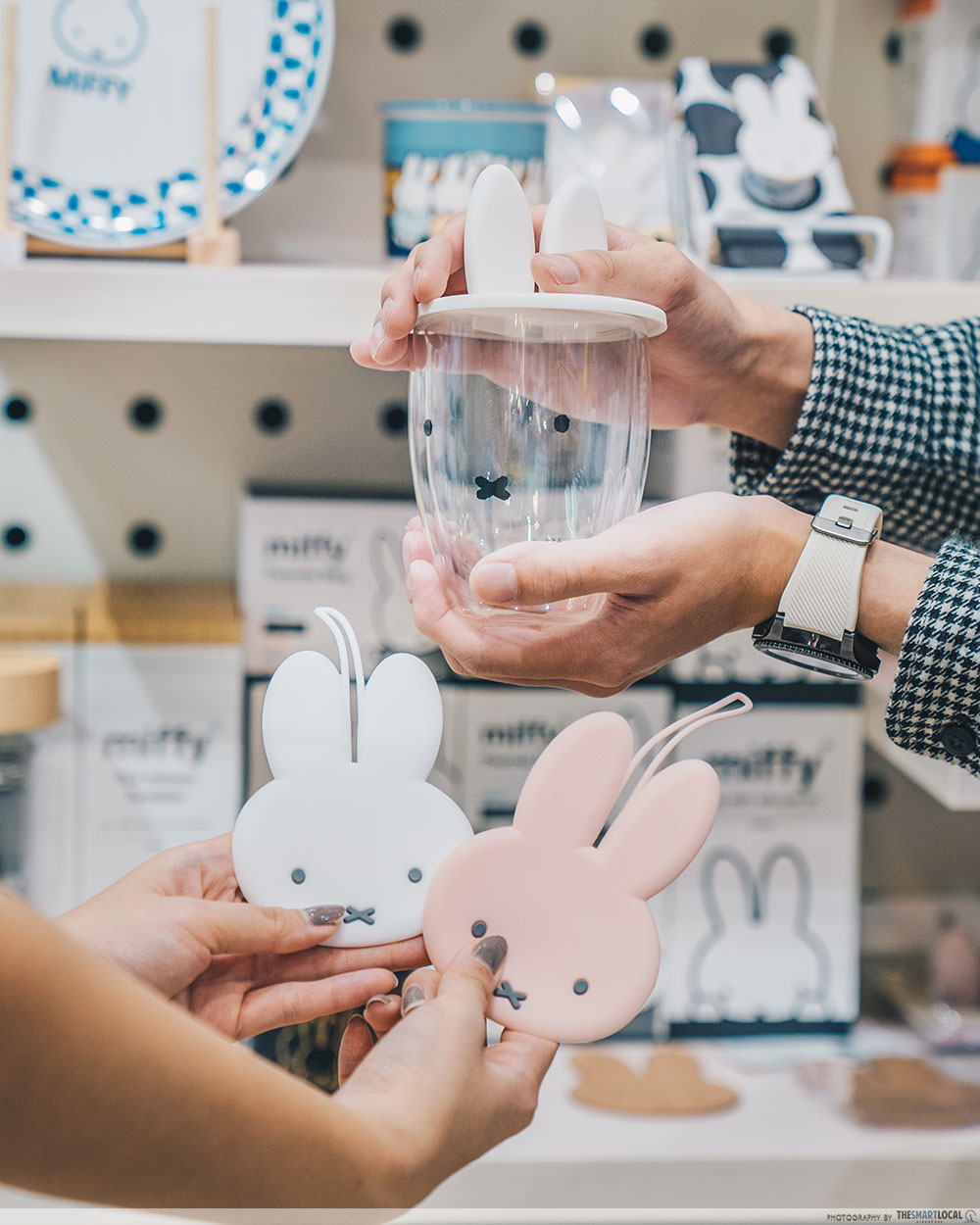 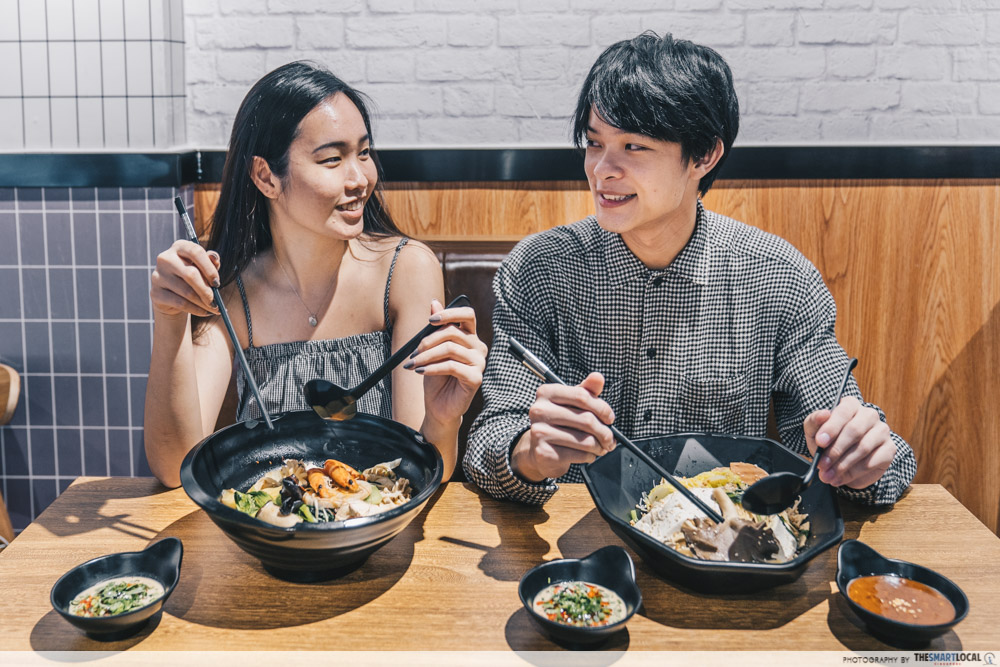 We opted for the spicy mala beef broth and mala ban, and had the choice of our own dipping sauces as well.

It’s been a while since the mala craze swept Singaporeans by storm, and it doesn’t look like it will subside any time soon.

Mala-addicts can take delight in Yang Guo Fu’s mala tang that features two base choices – spicy mala beef broth, tomato broth or mala ban, a special spicy sauce. The variety means that both daredevils with a high tolerance and those who can only go as far as wei la (low-level spice) will be able to find something to suit their palettes. 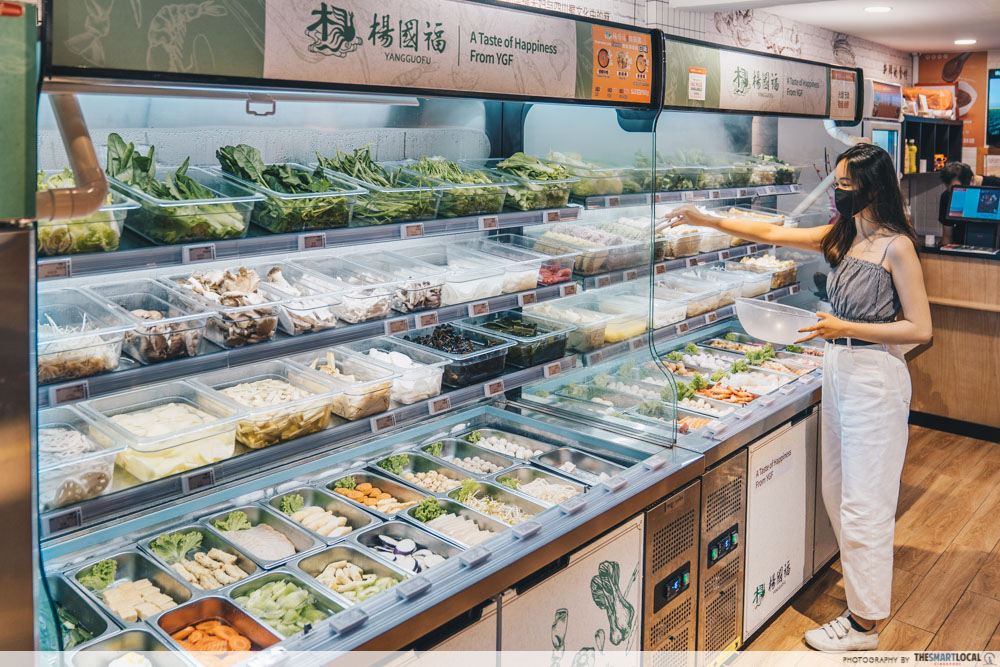 Located right beside Bugis Street, the store features over 60 ingredients to choose from, all at $2.88/100g. From their signature beancurd to their handmade noodles, you’ll be impressed at their variety to accommodate even the pickiest mala eaters. 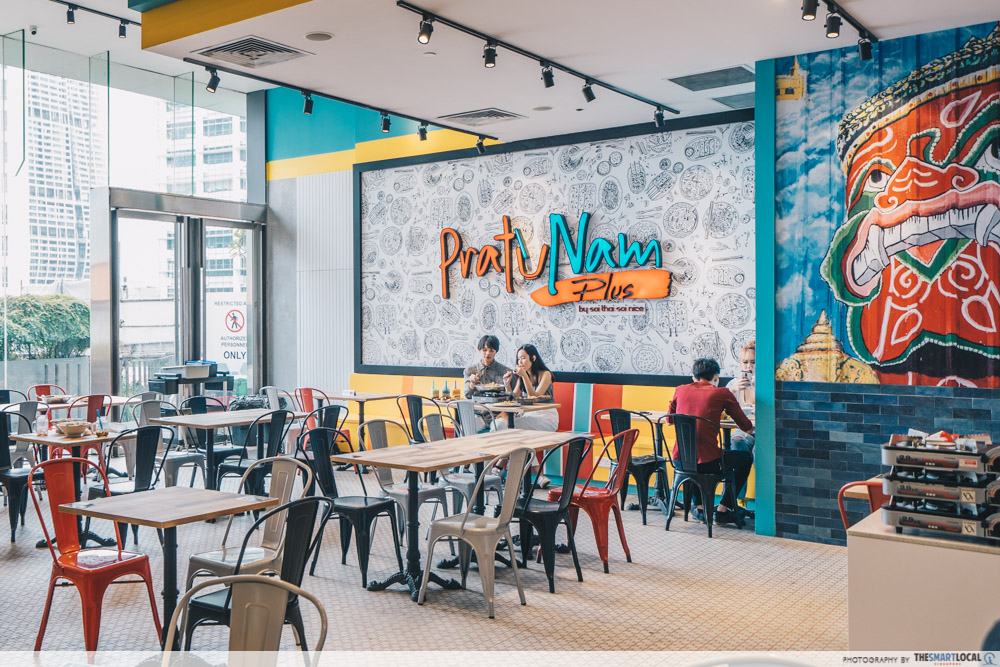 Throwback to a time when we could go on our annual Bangkok pilgrimage to splurge on large bags of clothing at bulk prices and dig into delectable Thai snacks by the roadside. To help curb your wanderlust a little, retro-style Pratunam Plus serves up affordable Thai street food to help reminisce the days on +66 ground. 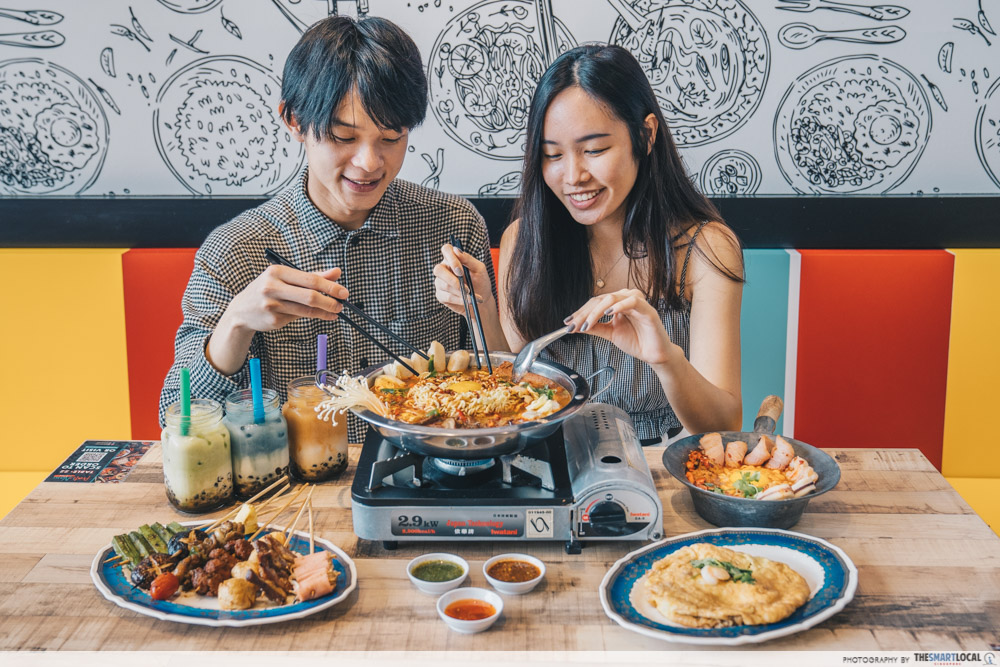 When it comes to a Thai meal, it won’t be complete without tom yum soup. Order the Premium Tom Yum Mama ($12.90) topped with prawns and squid, or the Pratunam Thai Hotpot ($28.80) that comes in a tom yum base to share if you’re out with a group. End the meal on a sweet note with their range of bubble tea ($4.50) including flavours like butterfly pea, red Thai milk tea and green milk tea.

To wash down your grub, there’s nothing better than an icy cold beer. Kick back and relax with a Sapporo beer that’s going at $5++/pint all day – so you can enjoy happy hour even during your lunch breaks or on the weekend. 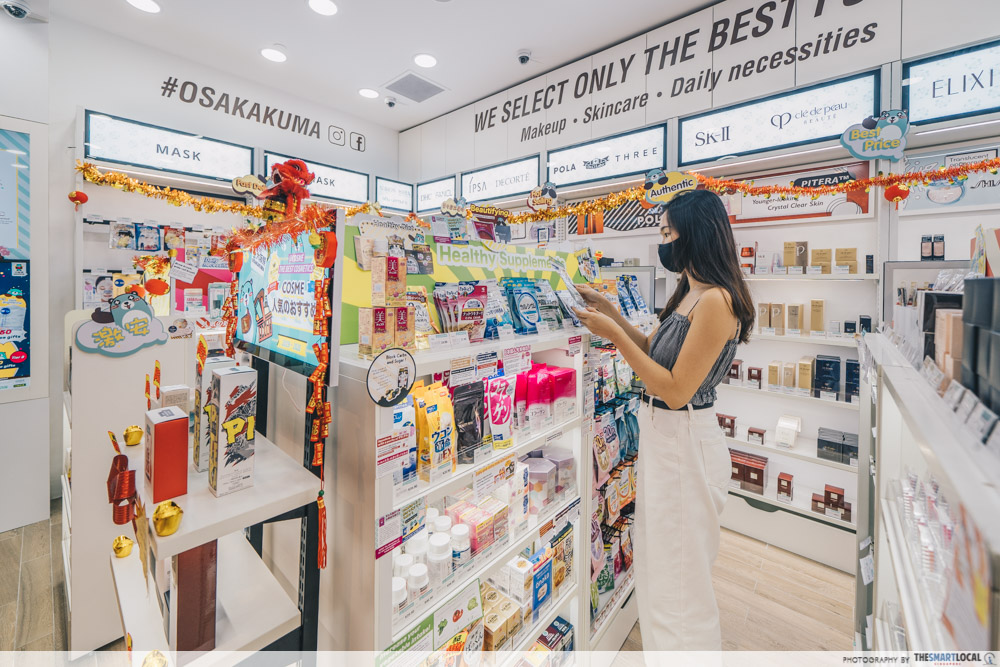 If Japanese beauty brands are a must in your mandatory 10-step skincare routine every night, then Osaka Kuma will be your one-stop-shop for everything from moisturisers to facial serum. 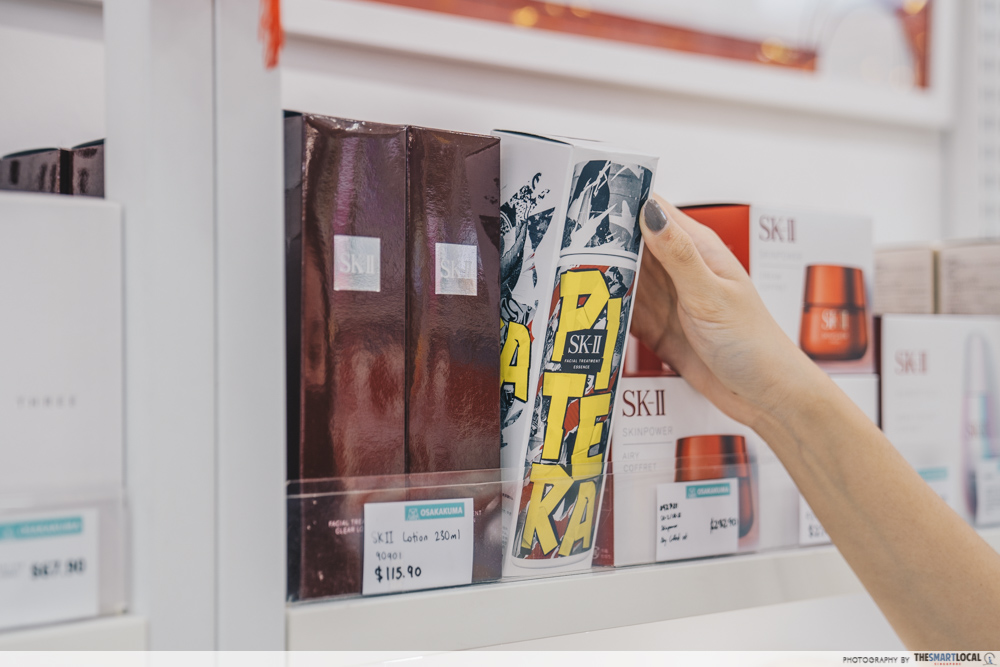 Stock up on their range of SK-II products to give your skin that glow – the limited-edition SK-II Facial Treatment Essence ($249.80) is particularly popular. 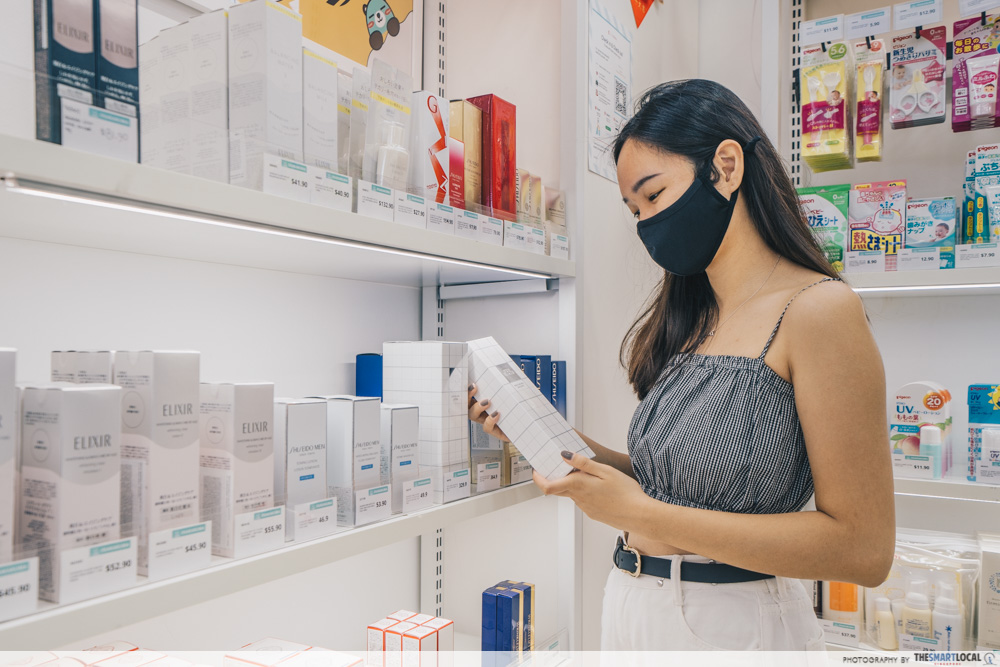 Aside from that, they also carry the Shiseido The Ginza range comprising the Energizing Lotion ($329.90) and Moisturizing Emulsion ($364.90) that cannot be found elsewhere in Singapore.

For the whole month of January 2021, you’ll be able to bag home a Tier 2 mystery pack full of freebies when you spend $150, while spending a minimum of $350 will entitle you to a Tier 1 mystery pack with even more goodies. 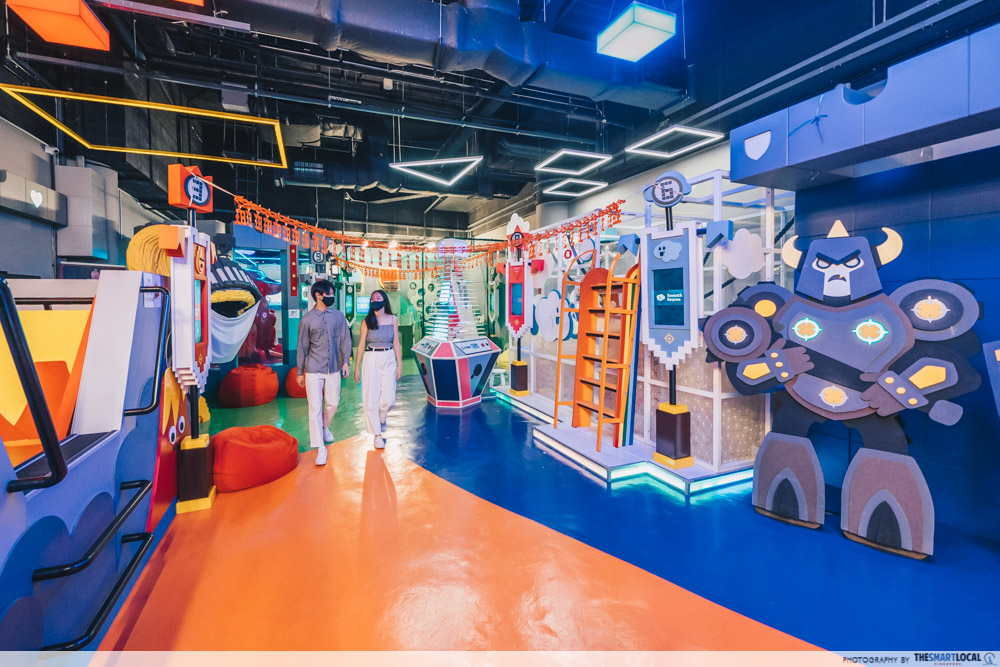 Sporting a larger-than-life ball pit and a massive spinning carousel, Amazing Castle, an interactive playspace, is not just a wonderland for kids but also for adults who are young at heart. 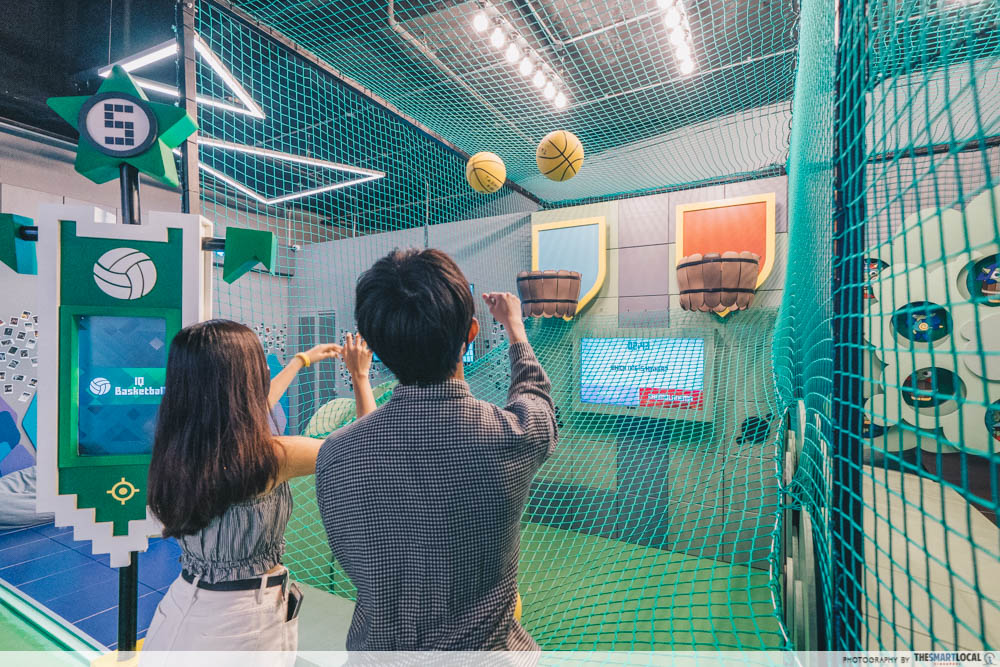 You can relive your childhood days at the arcade shooting hoops at their station, attempting IQ Basketball, or put your reflexes to the test at Magic Pyramid. 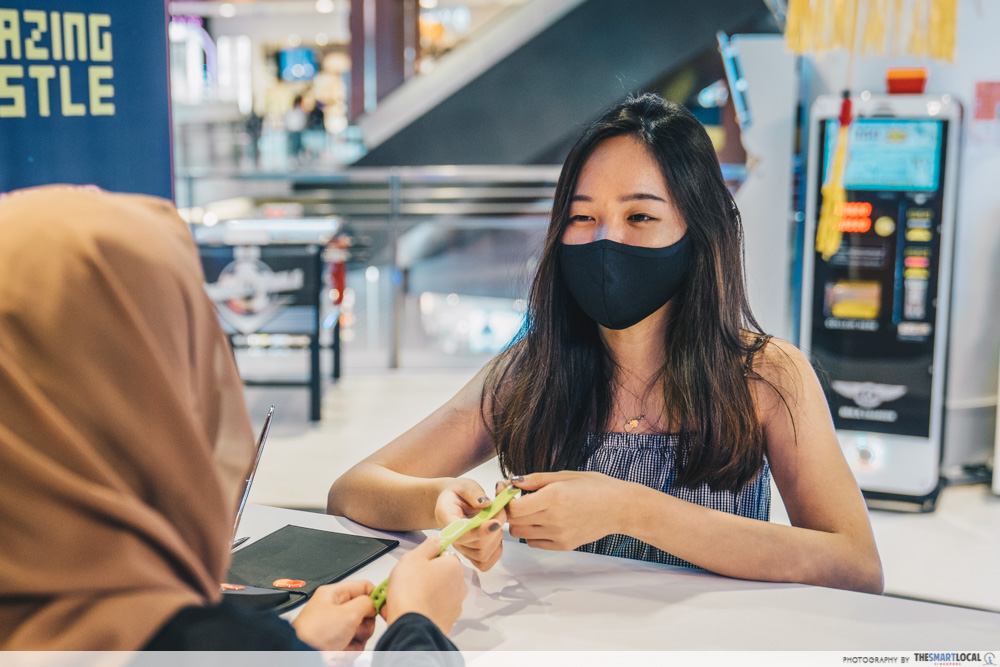 And the good news is, there’s an ongoing 1-for-1 promotion for four and seven-game tickets every Tuesdays and Thursdays if you’re planning on heading down, so you can gather your friends together to battle it out at the various stations. 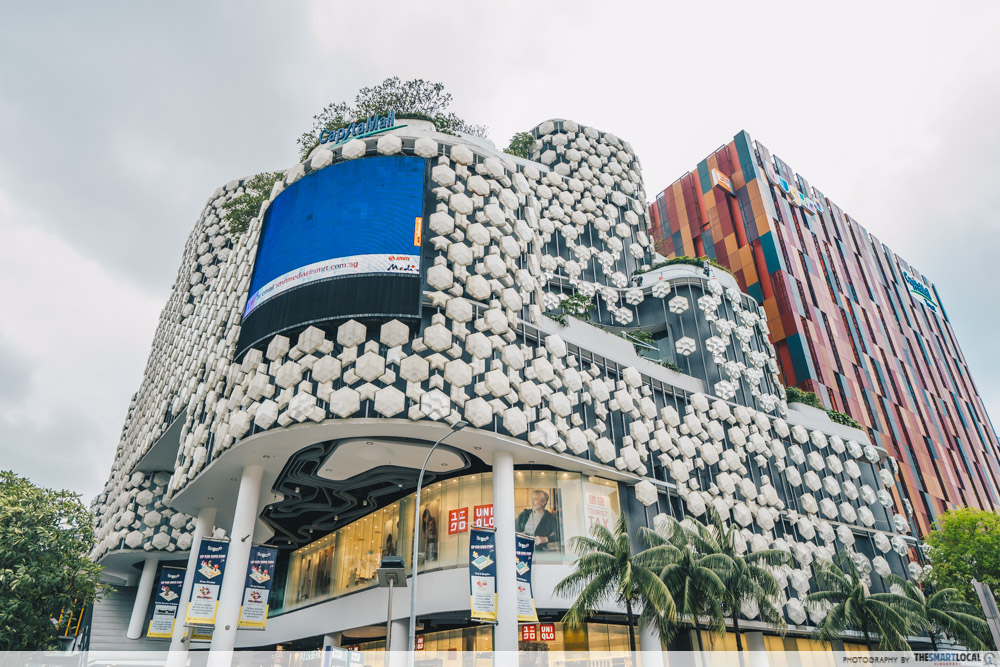 We Singaporeans are always on the lookout for worthwhile deals. And the good news is, there are promos that you can enjoy when you shop at Bugis Town this CNY season. 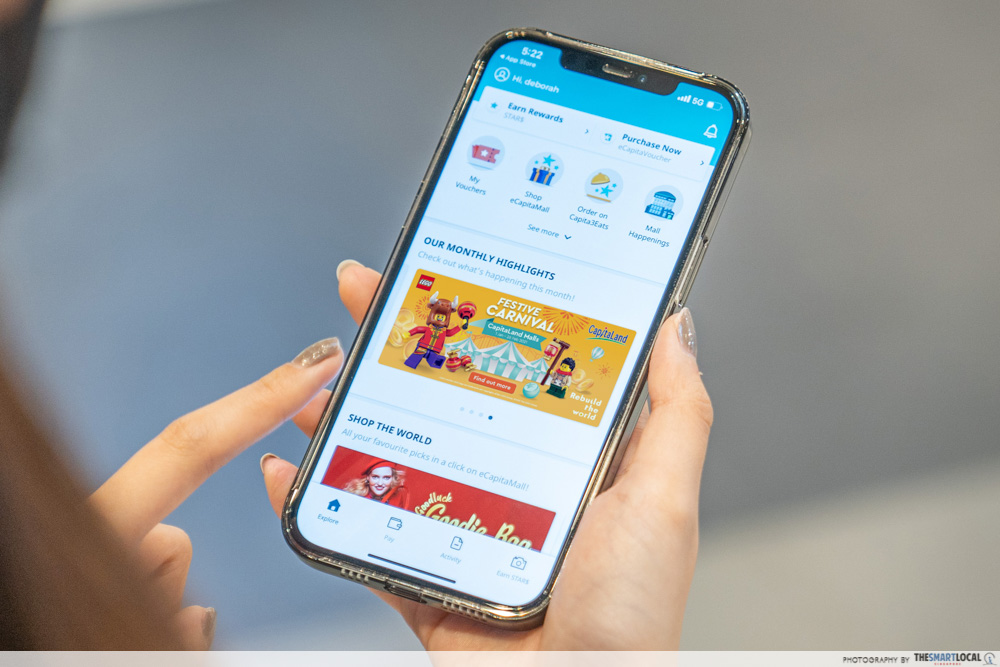 If you’re planning on copping outfits for CNY or winding down with a meal at Bugis Street, spending $10 in a single receipt will reward CapitaStar members with 888 STAR$ while spending a minimum of $30 will be rewarded with  2,888 STAR$.

The promo* is also happening from now till 11th February 2021 at participating stores, for payments by DBS PayLah!, NETS QR or DBS/POSB Debit cards. If you’ve yet to sign up as a member, simply download the CapitaStar app on iOS or on the Google Play store!

*Eligible shoppers must link their CapitaStar and PayLah! Accounts to qualify. 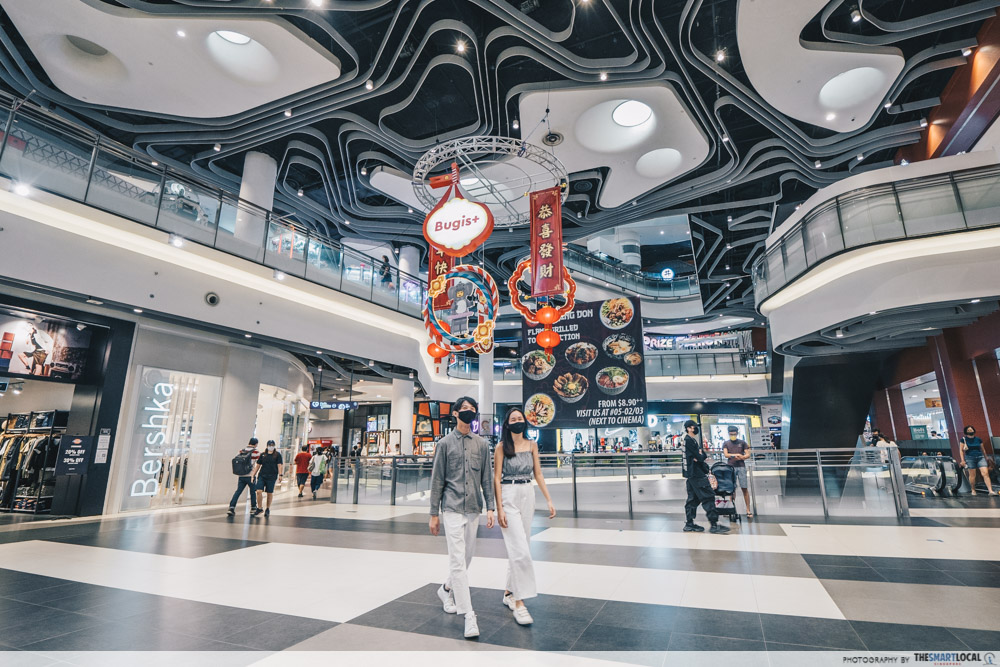 The excitement doesn’t end there. Your next jaunt to Bugis Town will also greet you with a ton of new stores. Here’s a breakdown:

These new stores also feature deals* to help you score some savings on your next Bugis spree, such as:

As we usher in the Lunar New Year, it’s high time we give our wardrobes an overhaul, stock up on beauty products, and treat ourselves to a meal. With the myriad of deals and newly-opened spots, you and your clique can start making Bugis Town the go-to location for your future hangouts.

This post was brought to you by Bugis Town (Bugis Junction, Bugis+ & Bugis Street).
Photography by Clement Sim. 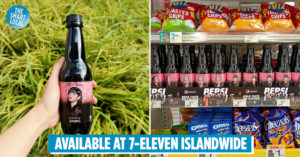 Blackpink Pepsi Black Bottles Are Now Available At 7-Eleven, They Are Literally In Your Area
10 Best Aircon Servicing Companies In Singapore To Save You From The Tropical Heat