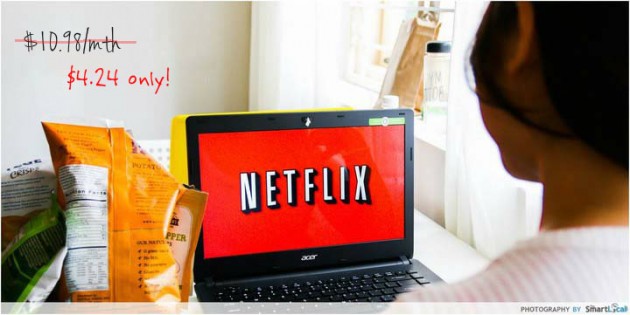 Gone are the days of searching for movies and shows online only to be scammed by a series of pop-up ads and videos that buffer forever but never play. That’s right, the holy grail of all American movies and TV shows has finally arrived on our very own shores! A moment of silence for our future non-existent social lives.

What was once an American dream is now just a subscription away. And with local telcos like M1 recognising the demand and introducing high-speed fibre broadband plans to cope with it, you know it’s not a good sign for your sleep cycle. But before you throw yourself onto the bandwagon and get an account, here are 10 things you need to know before you embark on your journey as a full time couch potato with Netflix.

1. Split the bill with your kakis and you’ll pay even less for your subscription 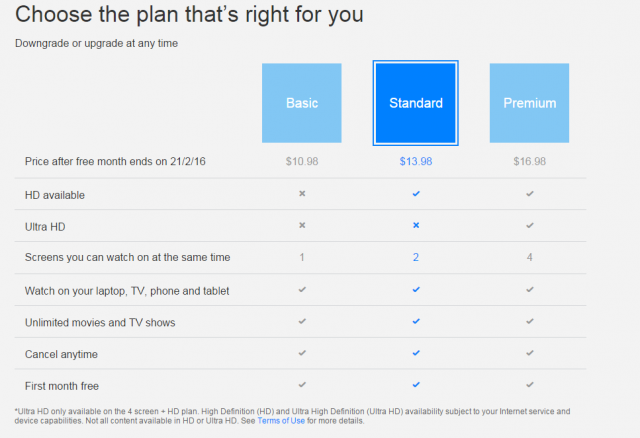 The first step to becoming one with your computer screen is choosing one of Netflix’s three packages – Basic, Standard or Premium. The packages range from $10.98 to $16.98 per month. 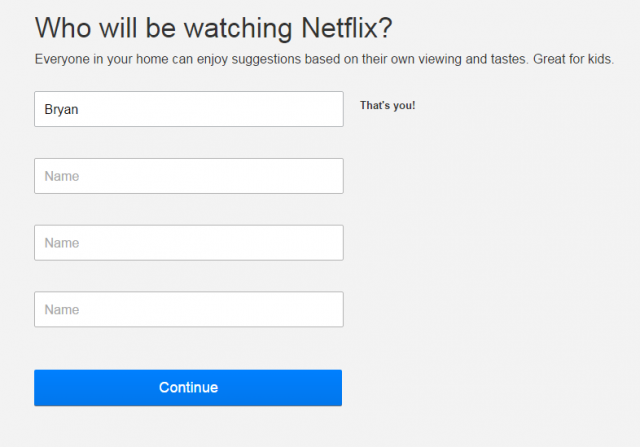 Regardless of which account you pick, you’ll still be able to share a Netflix account with your pals. Even if you’re getting the basic package, which entitles you to only watch 1 screen at a time, you can work out some kind of schedule where you and fellow Netflix enthusiasts take turns using the account.

For example, if you have badminton every Tuesday night, supper plans every Saturday, and Sunday are your special date night, you can have an arrangement with someone who prefers to stay home… and chill.  This way, you’ll save on half the cost and still enjoy everything Netflix has to offer – the perfect example of how sharing is caring.

2. You’ll become the very definition of a couch potato

If you thought you were a couch potato before, wait till you start  Netflixing. With back to back episodes of all your favourite TV shows loading in 15 seconds flat, stock up on snacks and make yourself comfortable for the longest drama marathons of your life. Also,

Loading a gazillion tabs’ worth of episodes only to have them crash your computer is a nightmare you’ll never have to deal with again.

The last time I tried to torrent, I ended sending my laptop for servicing because I had somehow downloaded a virus instead. That was the first and last time I would ever try to torrent anything. If you’re a tech noob like me and torrenting is alien to you, Netflix is the only website you’ll ever need for all your binge watching.

From raved-about series like Orange Is The New Black to Daredevil, you’ll be completely spoilt for choice with the list of Netflix original shows – on top of regular programs – available whenever you want.

You could be someone who watches the occasional rerun of dramas online or the kind of person who can pull an all-nighter, cramming entire seasons of How to Get Away with Murder in one day. One thing’s for certain, especially for the latter – Netflix has you covered.

Remember having to wait an entire week just for 1 episode, only to tear your hair out when the episode ends on a cliffhanger? This epitome of a vicious cycle has officially come to an end. Instead of the weekly teases, Netflix uploads entire seasons of its original content at a time so you’ll never have to wait in agony week after week.

What is sleep when a brand new season of Narcos just came out?! Brb, watching every single episode till the sun rises and responsibilities call.

Even though Netflix has been made available to more than 130 new countries around the world, not all libraries are the same due to licensing issues. If you have no idea what Virtual Private Networks (VPNs) and proxies are, you can skip this point..

For those of you who think you’ve cracked the Netflix system with your VPN access and proxy addresses, you might want to think again. Sure, you may be enjoying the US Netflix catalog even though you’re in sunny Singapore, but Netflix has already started to ban proxies and VPNs!

So, to avoid the hassle of getting a VPN or proxy for nothing, it would be best to just enjoy a Singapore subscription. After all, you’re still getting a total of 650 movies and TV shows! That’s more than enough to keep you occupied for a lifetime.

6. Top-notch recommendations are offered the minute you sign up 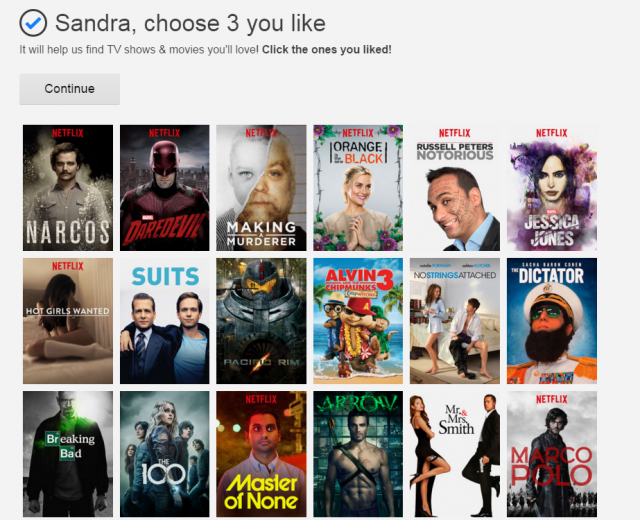 If your TV knowledge is limited to Pretty Little Liars and Suits and you’re ready to move on, Netflix recommends new shows according to your preference the minute you sign up. Upon registering your subscription, you’ll get to select any 3 movies or TV shows that you like and Netflix will recommend shows of a similar genre loved by people who like the same shows you do.

As if you weren’t already hooked on enough shows.

7. Access hipster movies from around the world before they’re cool 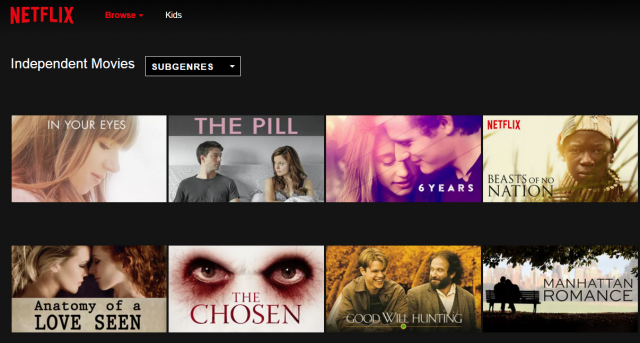 There’s only so many mainstream action and romance movies you can watch before they all start having the same storyline *ahem* Hunger Games, Divergent and Maze Runner.

From Netflix Original American war drama films like Beasts of No Nation to paranormal romance films like In Your Eyes, you’ll be able to take a break from the usual blockbusters and expand your horizons with Netflix’s Independent genre of shows, movies and documentaries.

8. You can access Netflix on ALL of your devices 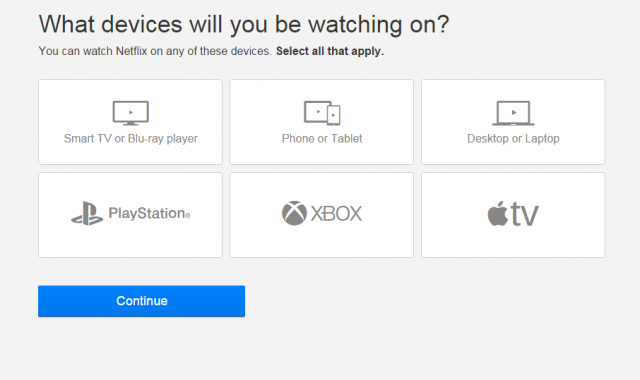 Whether you’re armed with your phone in hand on the MRT ride home, snuggled under the sheets with your laptop or bored of playing games on your PlayStation 4, Netflix is here to keep you company, no matter what device you’re using.

After confirming your subscription, simply indicate which devices you’ll be streaming Netflix on and you’ll be connected wherever you go – free from extra set-top boxes or cable TV contracts!

9. It will make your subscription to kids channel on cable TV irrelevant 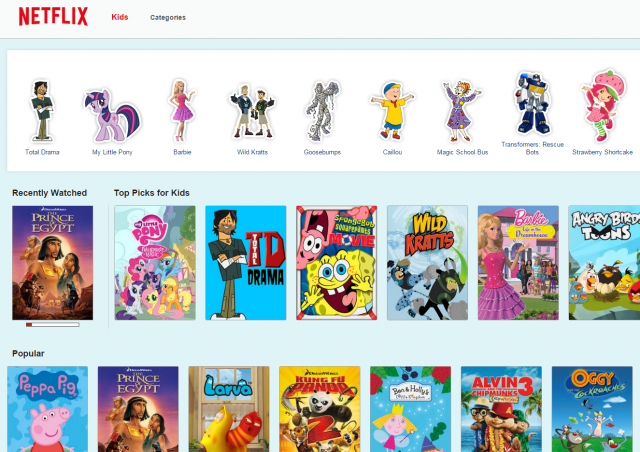 If Disney Channel, Nickelodeon and all things wonderfully kiddy were rolled into one heck of a channel, it would be the kids section of Netflix. With categories like Science & Nature, Sing-Alongs and Adventures, it’s a great way to keep the kids calm and entertained when you’re busy with household chores or entertaining guests.

Plus, you can make sure they don’t watch anything they aren’t supposed to:

With a 4-pin parental control that can restrict the watching of mature shows and limit the number of hours spent on Netflix, the little ones won’t have their innocence tarnished by seeing something they aren’t supposed to, or binge watch entire seasons of Spongebob Squarepants and neglect their homework.

10. You need a super speed connection to make the most of Netflix

We all know the struggles of having a crappy Internet connection. The true test of patience lies in  watching the loading circle of death go round and round for what seems like an eternity, only for the main character to get in half a sentence before the cycle repeats. The solution to your laggy connection is simple: it’s time to switch your broadband for something with a little more oomph.

If you haven’t upgraded your current broadband for a fibre broadband, you’re missing out! With ultra high speed capabilities, a fibre broadband lets you enjoy maximum bandwidth and stream HD videos seamlessly, allowing you to enjoy Netflix in complete lag-free peace.

Enjoy Netflix at its best with M1 Fibre Broadband

Having Netflix without Fibre Broadband for you to stream your videos effortlessly is like trying to row a boat without oars – it’s painfully inefficient and you’ll eventually give up. To avoid unnecessary frustrations in life that have to do with slow internet connections, M1’s Fibre Broadband ensures that you’ll never have to sit through another video buffering nightmare again. 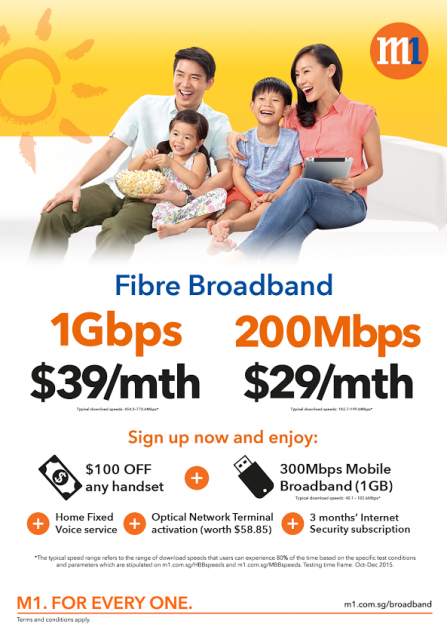 At just $39 per month, you’ll enjoy download speeds of 1Gbps  plus free 300Mbps Mobile Broadband (1GB), so you’ll be able to stream Netflix videos at lightning speed when you’re at home and have extra mobile data to stream videos on your phone when you’re out and about. On top of that, you’ll also get $100 off any handset purchase when you sign-up or recontract a mobile data-bundled plan!

15 Good And Affordable Chinese Restaurants In KL To Celebrate At This Festive Period
This Video Will Show You The Truth About Our NS Men - TSL Comedy: Episode...