If all you want to do is curl up in bed with your favourite show, but you’ve already exhausted your list of go-to TV series, fret not. There’s still a whole line-up of shows you can binge watch to take your mind off that 9-6 grind. We’re talking shows of all genres, including those jam packed with action and mystery, and even food-related ones.

Here are some Netflix TV series shows in 2019 you’re gonna want to add to your to-watch list in Singapore: Those who love supernatural horror shows need to watch Chilling Adventures of Sabrina which is filled with magic and monsters. The star of the show is Sabrina Spellman, a feisty half-witch, half-mortal who is beset with a dilemma, where if she chooses to become a witch, she will have to give up her human life and friends. Along the way she battles evil and protects her loved ones.

If you enjoyed this show, check out: Shadow Hunters, The Order, Van Helsing. 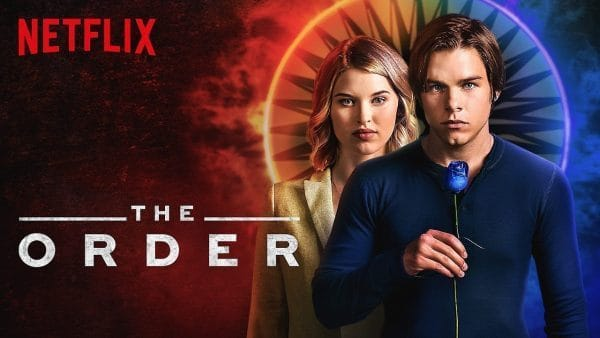 Teen Wolf fans won’t want to miss out on watching The Order, which is filled with plenty of adrenaline pumping action between werewolves and the magical dark arts. The series follows college student Jack Morton who joins the Hermetic Order of the Blue Rose, a secret society that dabbles in magic. You can also expect plenty of drama, secrets and nail biting suspense.

If you enjoyed this show, check out: Vampire Diaries, The Originals, The OA. 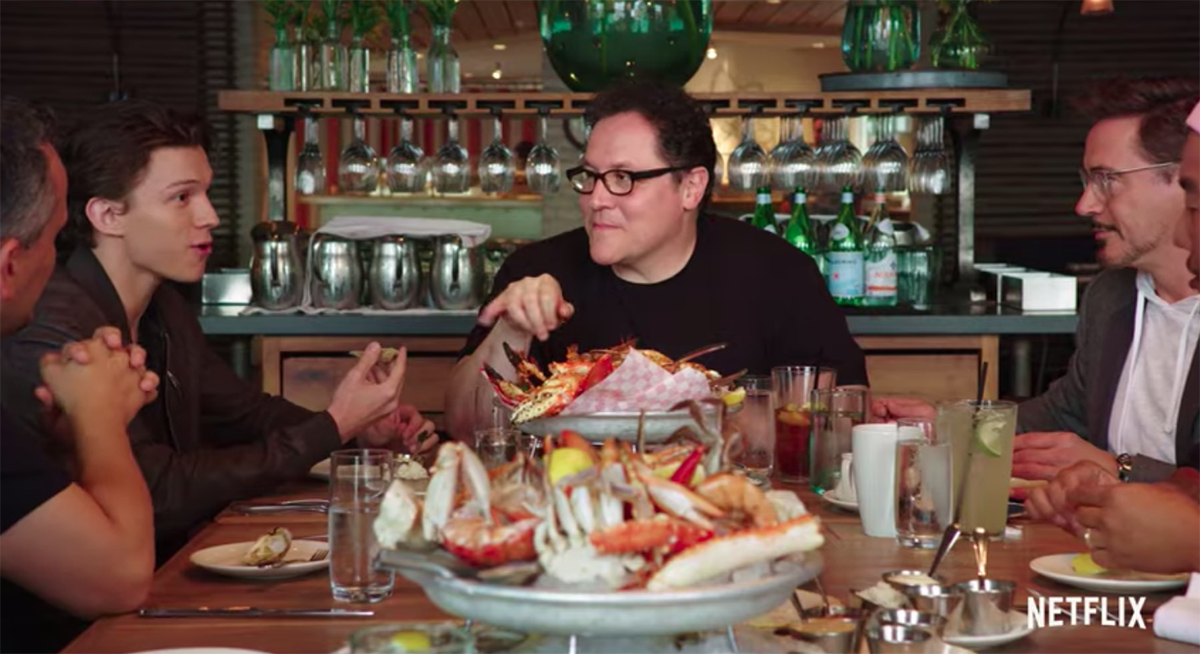 The Chef Show is a cooking show where 2 celebrity chefs try out their favourite recipes and dine at restaurants with guest stars – including A list actors and actresses like Gwyneth Paltrow and the stars of Avengers. Watch them banter and discuss everything from their lives to upcoming movies they’ll be acting in. You’ll also get to watch them try their hand at cooking with the chefs.

If you enjoyed this show, check out: Street Food, Ugly Delicious, Cooked. 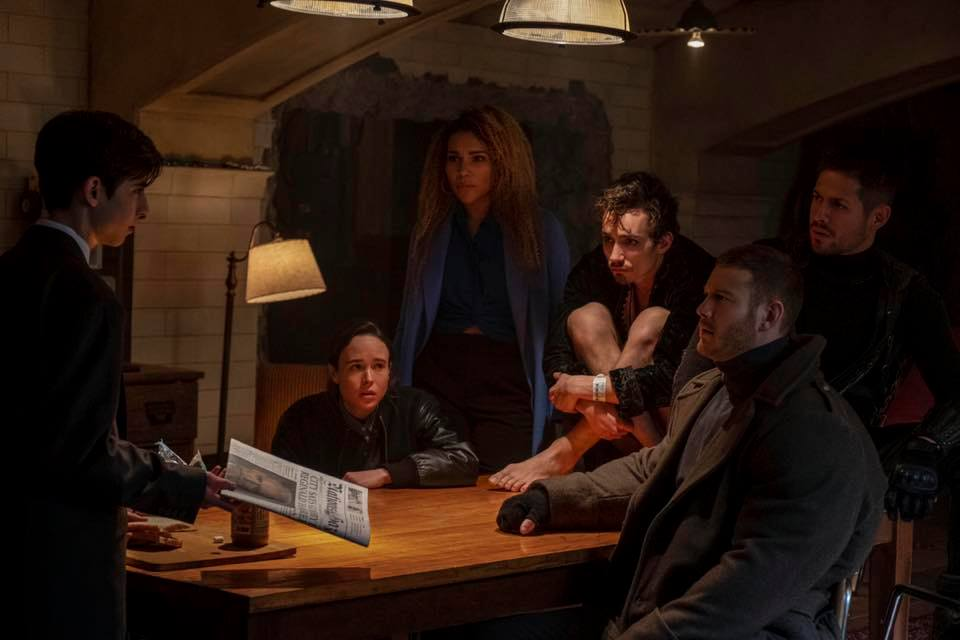 The Umbrella Academy is a superhero series based on the comic book series by Gerard Way, lead singer of My Chemical Romance. 7 adopted siblings are turned into a superhero team and they work together to solve the mystery of their father’s death and face the end of the world.

6 out of the 7 children possess powers, and besides mystery and suspense, the series is fraught with plenty of drama as the siblings have conflicting personalities.

If you enjoyed this show, check out: Stranger Things, Russian Doll, Riverdale. Kingdom is Netflix’s first original Korean series that’ll take you back to medieval Korea. Expect plenty of action as the palace fends off the undead or zombie-like creatures with fire, bows and arrows. All this happens amidst the mystery that surrounds the King’s illness – no one is allowed to visit him but when the Crown Prince sneaks a peek, he is horrified to see the shadow of a beast. 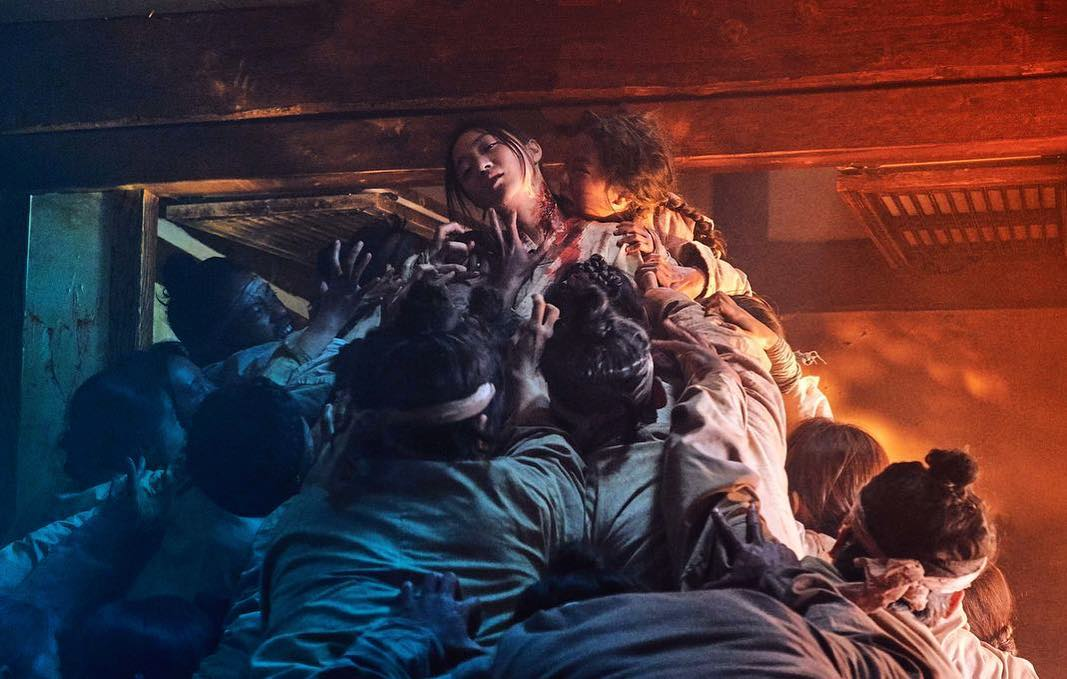 If you enjoyed this show, check out: Arthdal Chronicles, Knightfall, Black Summer. You is a psychological thriller will make you think twice about what you post on social media. It’s centred around a bookstore manager who falls in love with a customer and becomes obsessed with her.

He is able to get details about her life and even her home address from her social media accounts and uses it to manipulate her and their relationship. Head’s up though, things get dark real quick. If suspense and mystery is your cup of tea, add this show to your list!

If you enjoyed this show, check out: What If, Dark, Riverdale. 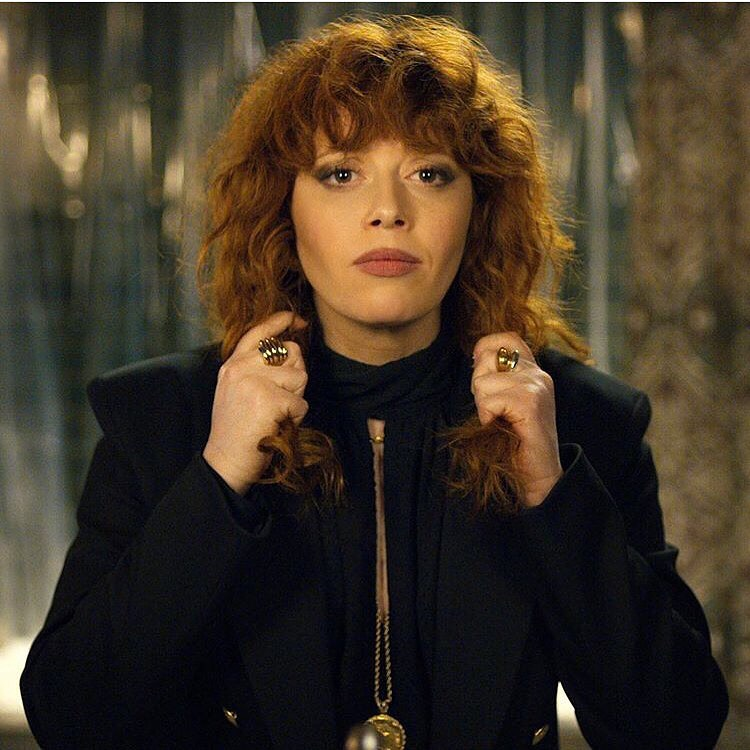 Similar to the movie Happy Death Day, Russian Doll is about a woman who repeatedly dies and is forced to relive the night of her death in a loop at a party in New York. It is a witty comedy series that follows her trying to find out how to escape and end the loop. Apart from lots of laughter, each episode is peppered with a series of clues you’ll want to look out for that might set her free.

If you enjoyed this show, check out: Limited Series, Dead to Me, Suits. 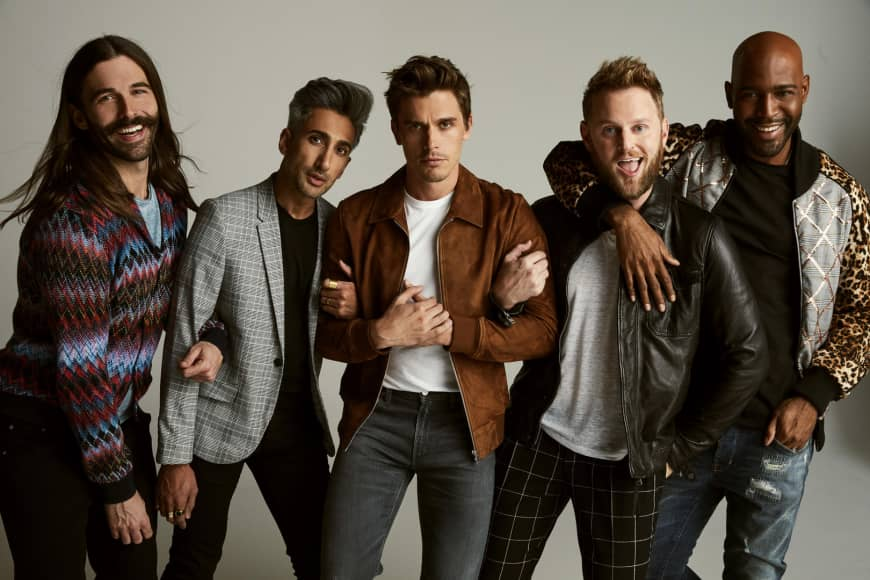 Queer Eye features a team of gay professionals who specialise in different fields, consisting of a lifestyle expert, fashion expert, design expert and grooming expert. They perform makeovers on other guys by switching up their wardrobes and dishing out advice on grooming, lifestyle and even food choices. The show is humorous and it’s entertaining to watch them work their magic and see the final transformation.

If you enjoyed this show, check out: Marie Kondo, Selling Sunset, Yummy Mummies. If you can’t get enough of the Avengers and Captain America, you’re gonna wanna watch Jessica Jones which is a series based on the Marvel comics character. Like the other movies, this series is packed full of villain-busting action.

The series follows Jessica whose brief stint as a superhero has ended. She then embarks on a career as a private investigator and handles cases in New York. However, her past which she has ignored soon catches up with her.

If you enjoyed this show, check out: Luke Cage, Daredevil, Iron Cage. 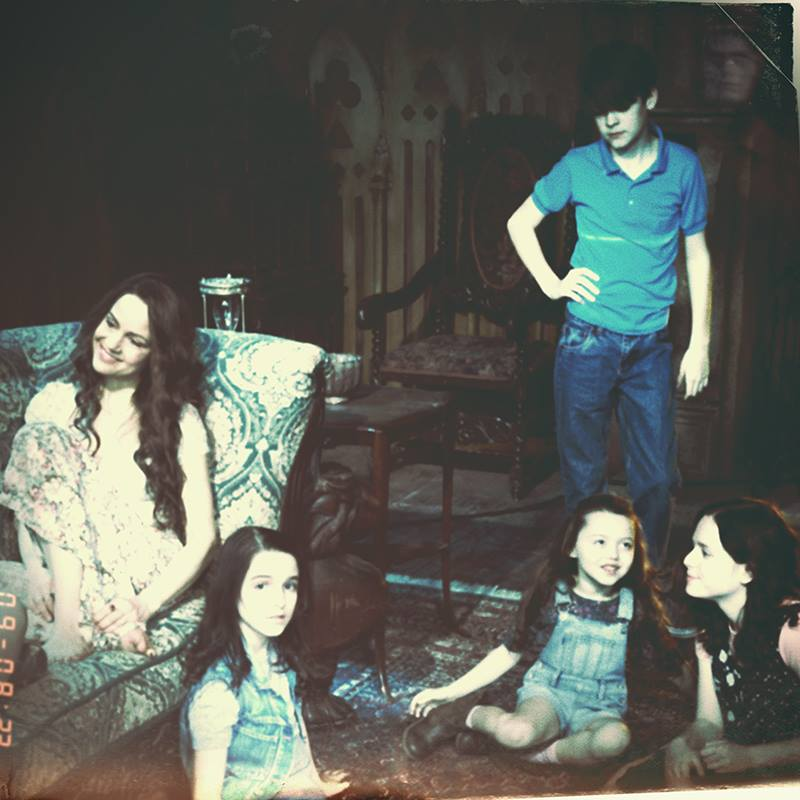 If you love shows with jump scares and spooky scenes, The Haunting of Hill House should be next on your list. This supernatural horror series centres around a family living in the Hill House. They soon begin to experience paranormal happenings and tragedies.

Fast forward 26 years and the house is back to haunt them yet again as the family is confronted with how their time in the Hill House has affected them. Take note that the series flashes back and forth between past and present, which may be slightly confusing at first.

If you enjoyed this show, check out: Chambers, Slasher, Glitch. The Rain is a post-apocalyptic series about rainfall that carries a virus and wipes out almost all humans in Scandinavia. A pair of siblings manage to take shelter, emerging only 6 years later to search for their father who is a scientist. En route, they bump into a group of survivors and carry on their journey to find the cure.

You won’t spot any zombies on this show, but be prepared for a whole load of suspense and adventure. If you enjoy a fast-paced show with plenty of shoot outs, Designated Survivor is not to be missed. In this political thriller, a bomb destroys the United States Capitol building and kills the president along with all his successors except for the secretary of housing and urban development. He is subsequently appointed as the president, but little does he know that more threats lurk just around the corner.

If you enjoyed this show, check out: Blacklist, Black Spot, Bodyguard. 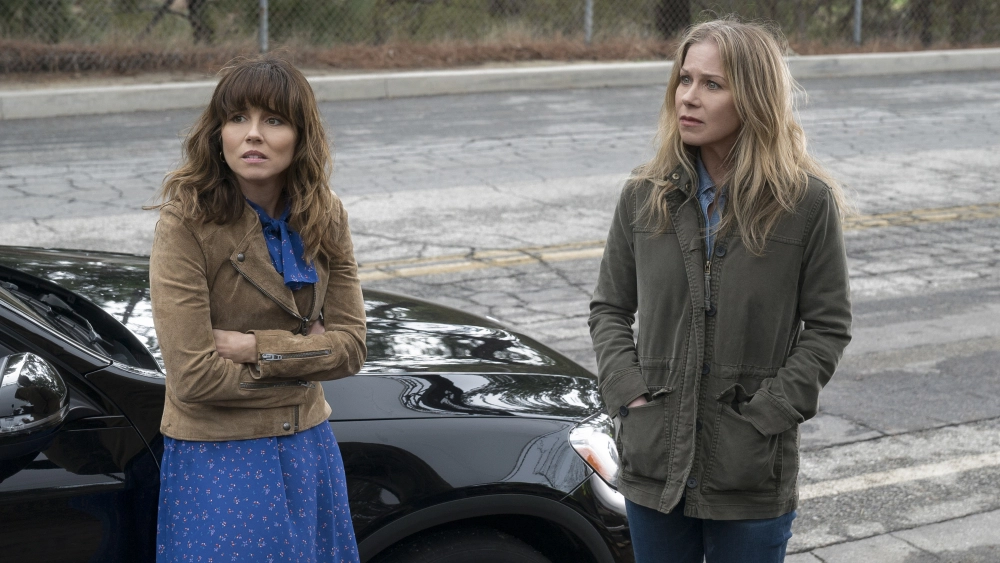 Those who enjoy dark comedy – which makes light of topics that are usually considered taboo – will love Dead to Me which is filled with witty humour. The show follows an ill-tempered widow in search of the hit-and-run driver who killed her husband. She later becomes friends with an optimist who seems to be hiding something.

If you enjoyed this show, check out: Suits, Good Girls, Orange is The New Black. The series is based on DC comics character Lucifer Morningstar who no longer wants to be the Lord of Hell. He gives up his throne, defies his father and heads to Los Angeles where he becomes involved in a murder case with a detective and eventually becomes a consultant to the LA Police Department.

If you love crime shows like CSI, you’ll definitely enjoy this show which handles murders and other crimes.

If you enjoyed this show, check out: Shadow Hunters, Grey’s Anatomy, Riverdale. Dark and full of suspense, The Society is not for the faint hearted. This series that’s pefect for those who enjoy survival shows centres around teen residents in a wealthy town who come home from a field trip to find that everyone has mysteriously disappeared.

What makes matters worse is that a thick forest appears around the town, effectively blocking their way out. To restore order, they have to create their own society in order to survive and maximise their limited resources. Conflicts and fights arise between the teenagers and there are plenty of tense scenes.

If you enjoyed this show, check out: Trinkets, Pretty Little Liars, Baby. 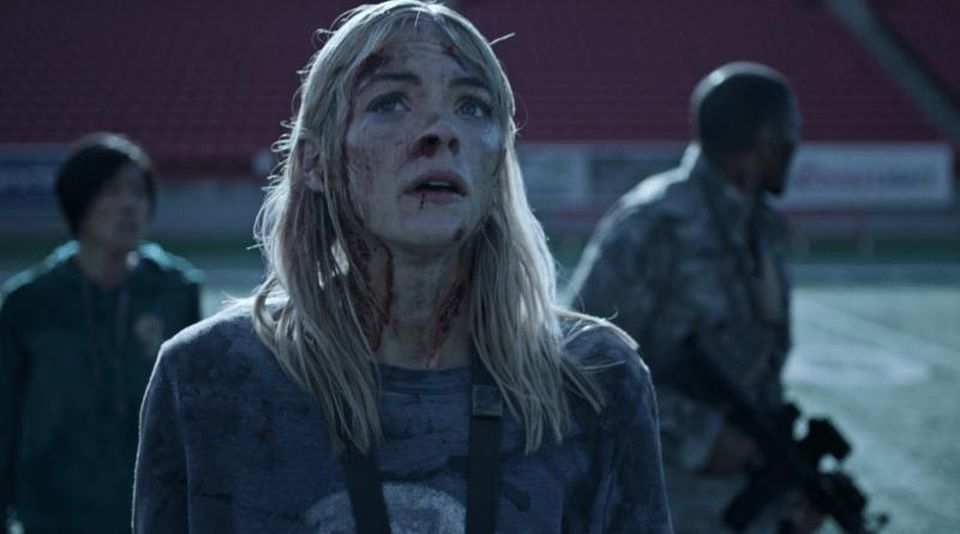 Black Summer is an apocalyptic series by the creators of Z Nation that’s filled with zombies that could rival The Walking Dead. It follows a mother who is separated from her daughter amidst the chaos and later sets out to find her. She joins forces with a group of other survivors and you’ll be at the edge of your seat as they battle zombies and fight to survive.

If you enjoyed this show, check out: Annihilation, The Cargo, Perfection. 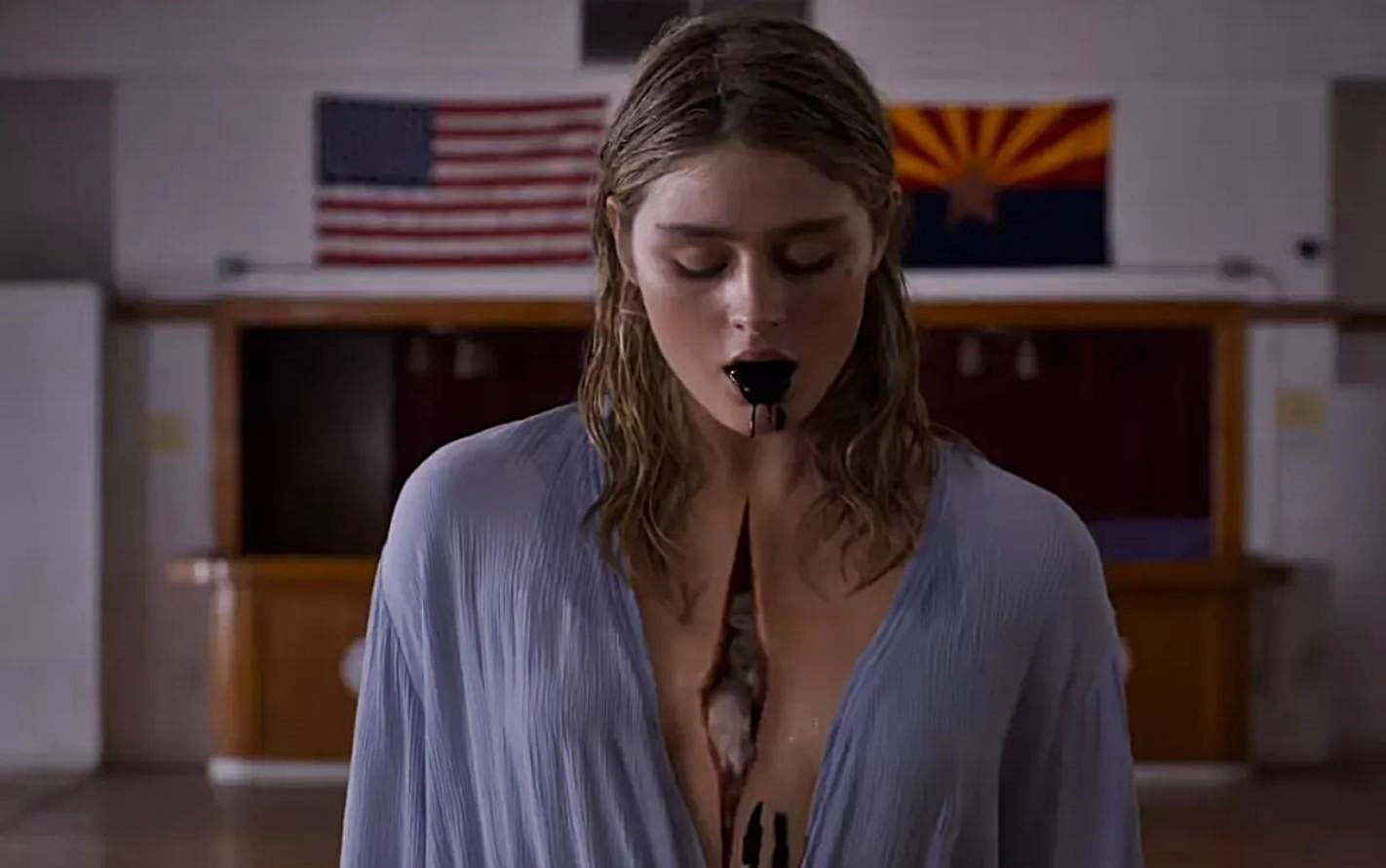 Chambers is a supernatural horror series about a teenager who receives a heart transplant and soon begins having haunting visions. As her visions increase in frequency and become more vivid, she finds out that there may be more to the organ donor’s mysterious death than she realised.

If you enjoyed this show, check out: Bates Motel, Slasher, Don’t Watch This. 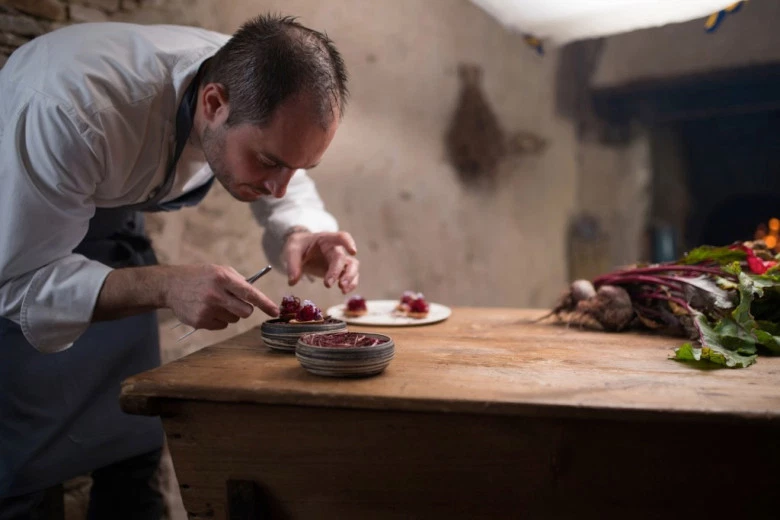 Chef’s Table is another cooking show not to be missed, in which each episode features a professional chef from all around the globe. The best part about this series is that you get to watch how a wide variety of different cuisines and delicacies are cooked and enjoyed. Be prepared to get hungry!

If you enjoyed this show, check out: Flavorful Origins, Somebody Feed Phil, Sustainable. 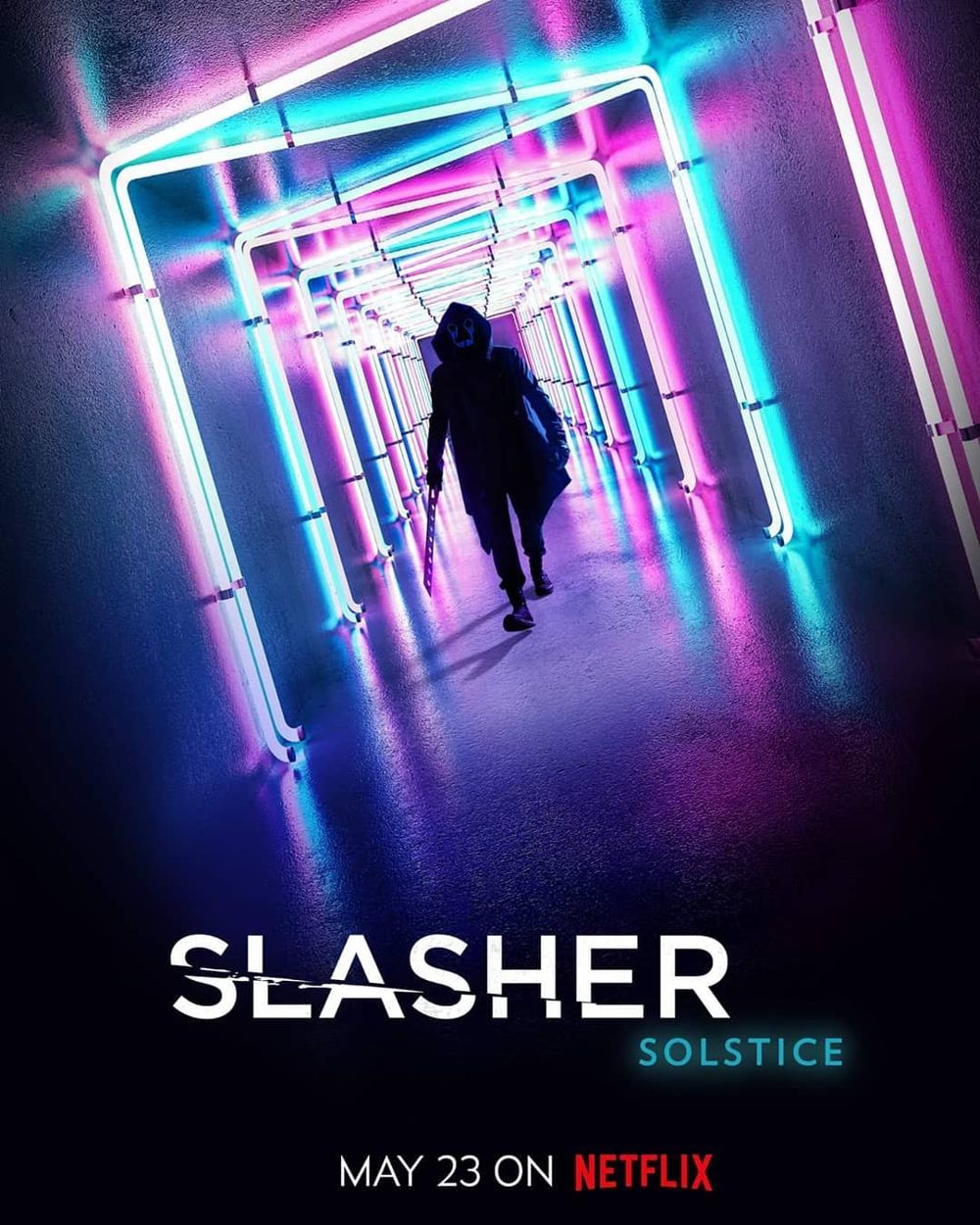 Similar to American Horror Story, each season of Slasher has its own self-contained storyline which ends with each season. A mysterious individual is out to murder, and the catch is that the killer could be any one of the main characters since each of them have dubious pasts. The suspense builds up as the season progresses as viewers try to deduce for themselves who the murderer could be.

If you enjoyed this show, check out: Scream, The Shining, Veronica. They say that laughter is the best medicine and you can expect a good dose of that when you watch the British Comedy series Sex Education. The series follows a socially awkward teenager who finds out that his mother is a sex therapist.

He later works together with a female friend to offer sex therapy to their schoolmates by helping them deal with their own sexual problems. The show starts off at a rather slow pace, but stick around and you might find yourself hooked.

If you enjoyed this show, check out: Insatiable, Orange Is The New Black, Good Girls.

We now have more options than just the free-to-air channels when it comes to watching shows. The best part? The monthly subscription fee for media providers like Netflix is cheaper than a weekend movie ticket which makes it even more worth the moolah.