National Day Parade 2018 – We Are Singapore 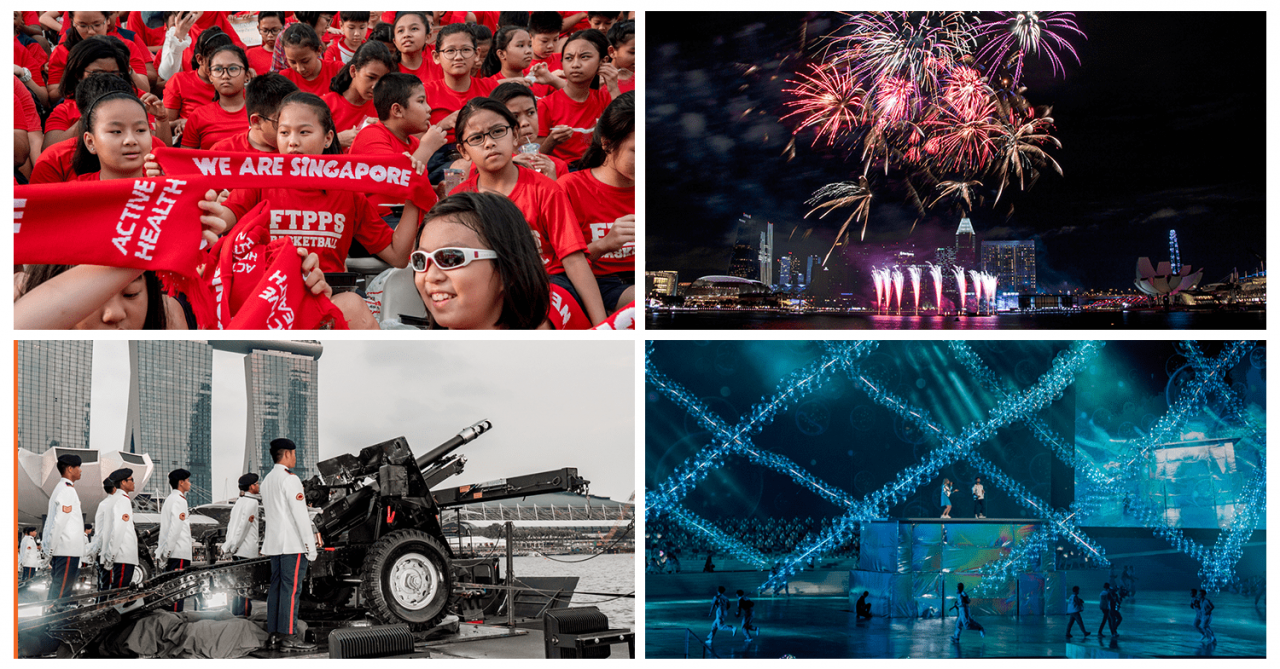 ‘Tis that time of year again as the city is painted red and white. Yeap, our country’s birthday is upon us and for those who wanna scream “We are Singapore” while watching stunning sequences, make a date for this year’s National Day Parade.

From playground-shaped floats to a freefall waterjump by the Navy, here’s what you can expect at NDP 2018.

1. Catch the Naval Divers joining the Red Lions in the free fall jump 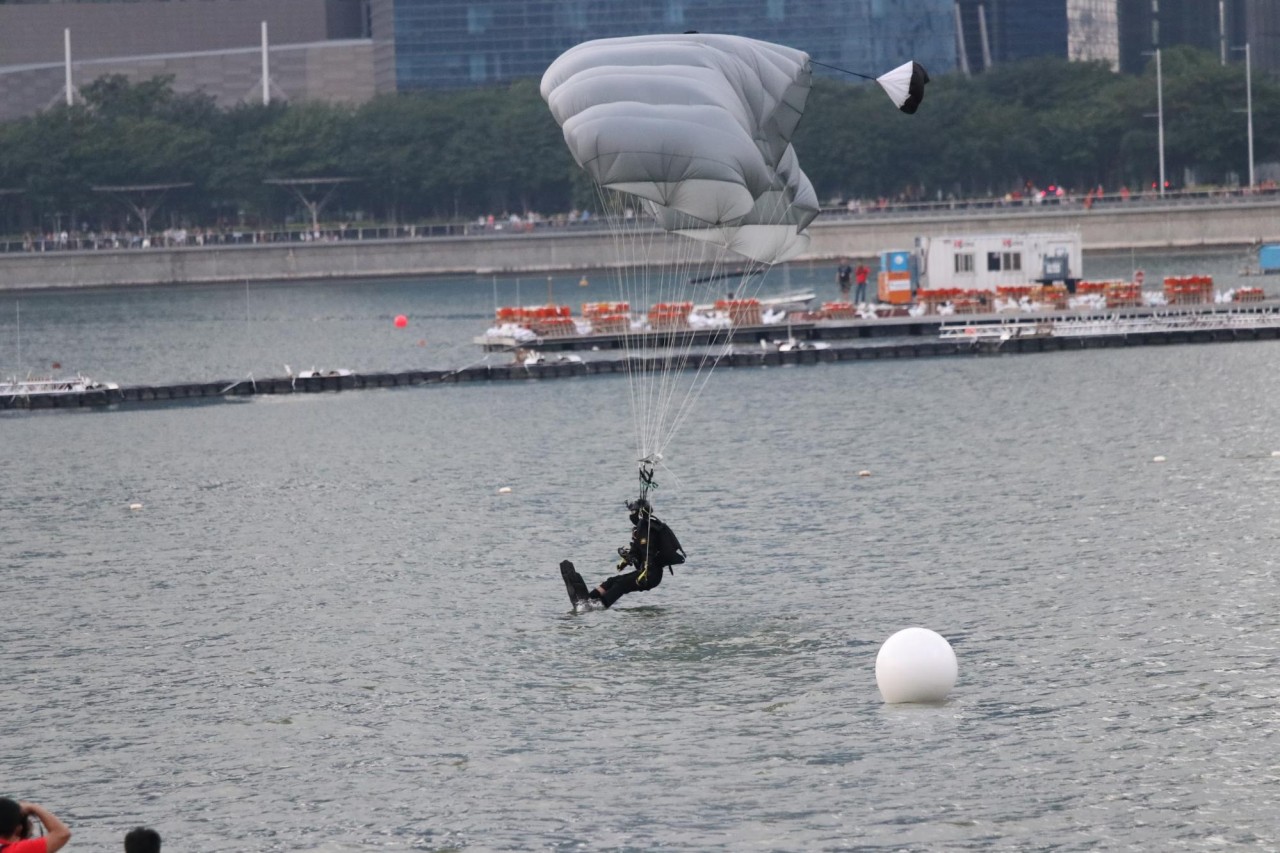 One of my favourite parts of the NDP is joining the crowd in a symphony of “Woahhhhhh”s as the Red Lions gracefully stick the landing after free-falling from their plane. Well, expect this year’s cheers to be even greater as the Naval Diving Unit joins in on the action.

Keep your eyes peeled as the divers descend 1,800 metres from a helicopter into the Marina Bay waters – decked out in full operational gear that includes dive fins and an assault rifle! This jump is used in actual operations to access hard-to-reach areas. 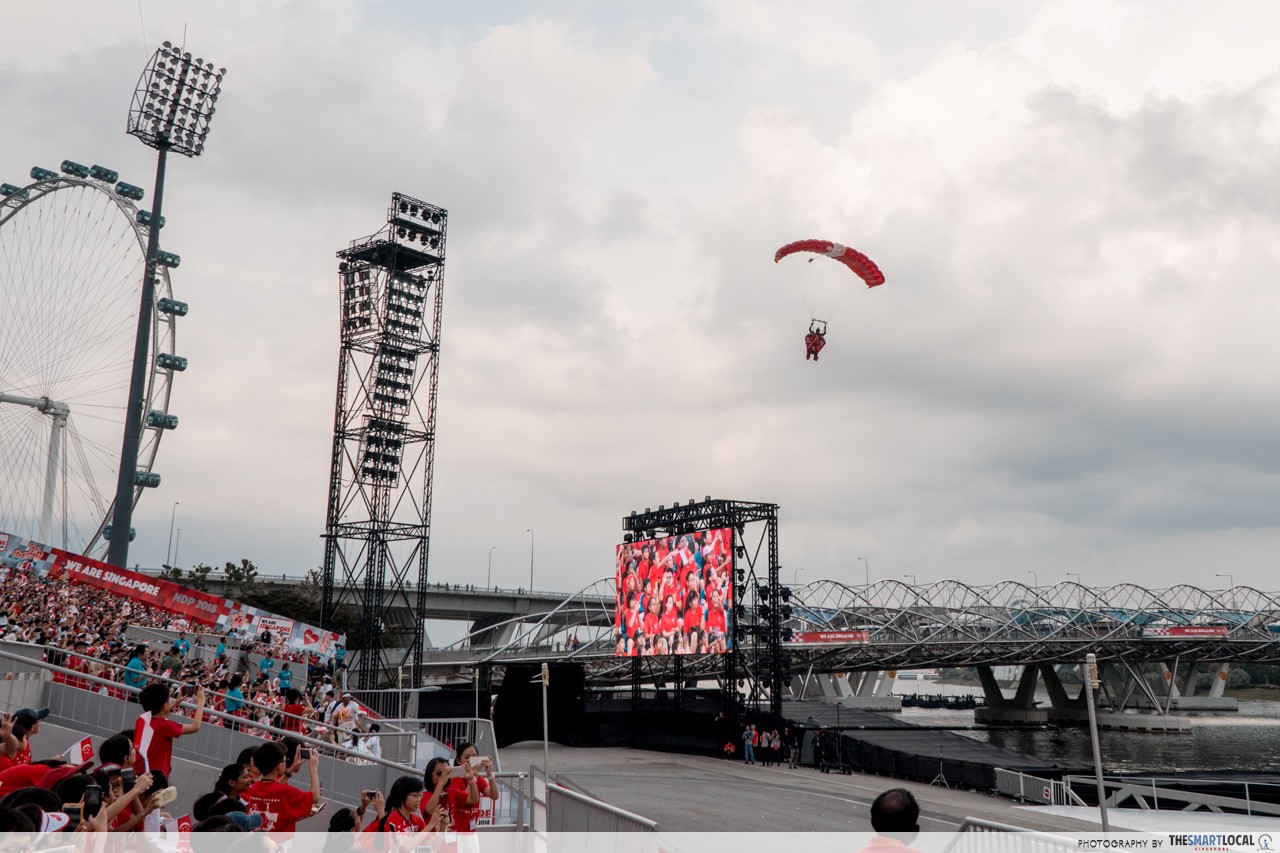 Not to be outdone, the Red Lions will be taking their act to a whole new level literally as they jump from a height of 3,800 metres, the highest in NDP history. This means they’ll be free-falling at 200km/h for an entire minute – giving you more time to adjust your camera to snap the exact moment they land.

2. Witness the return of the Combined Schools Choir 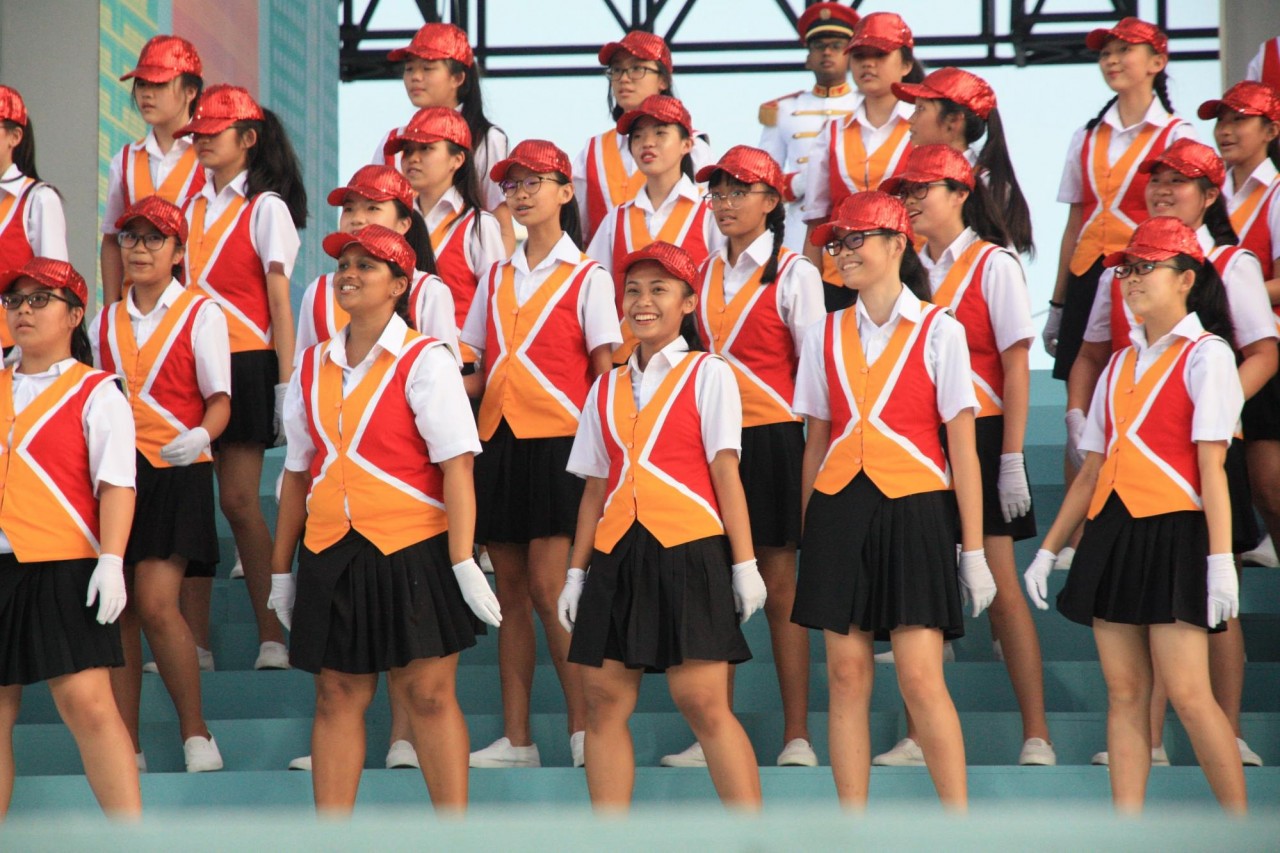 Oh how we’ve missed the melodious tunes of the Combined Schools Choir as they left a void on stage for the past 5 years. In NDP 2018, they’ll finally make their triumphant return and serenade us with a medley of local songs like Xiao ren Wu de Xin Sheng, Munnaeru Vaalibaa, and Chan Mali Chan.

This year’s choir consists of 220 students from 4 secondary schools, swelling up the number of military tattoo performers to 564 – making it the largest since the parade moved to the Floating Platform.

3.  Participate in a major parade segment 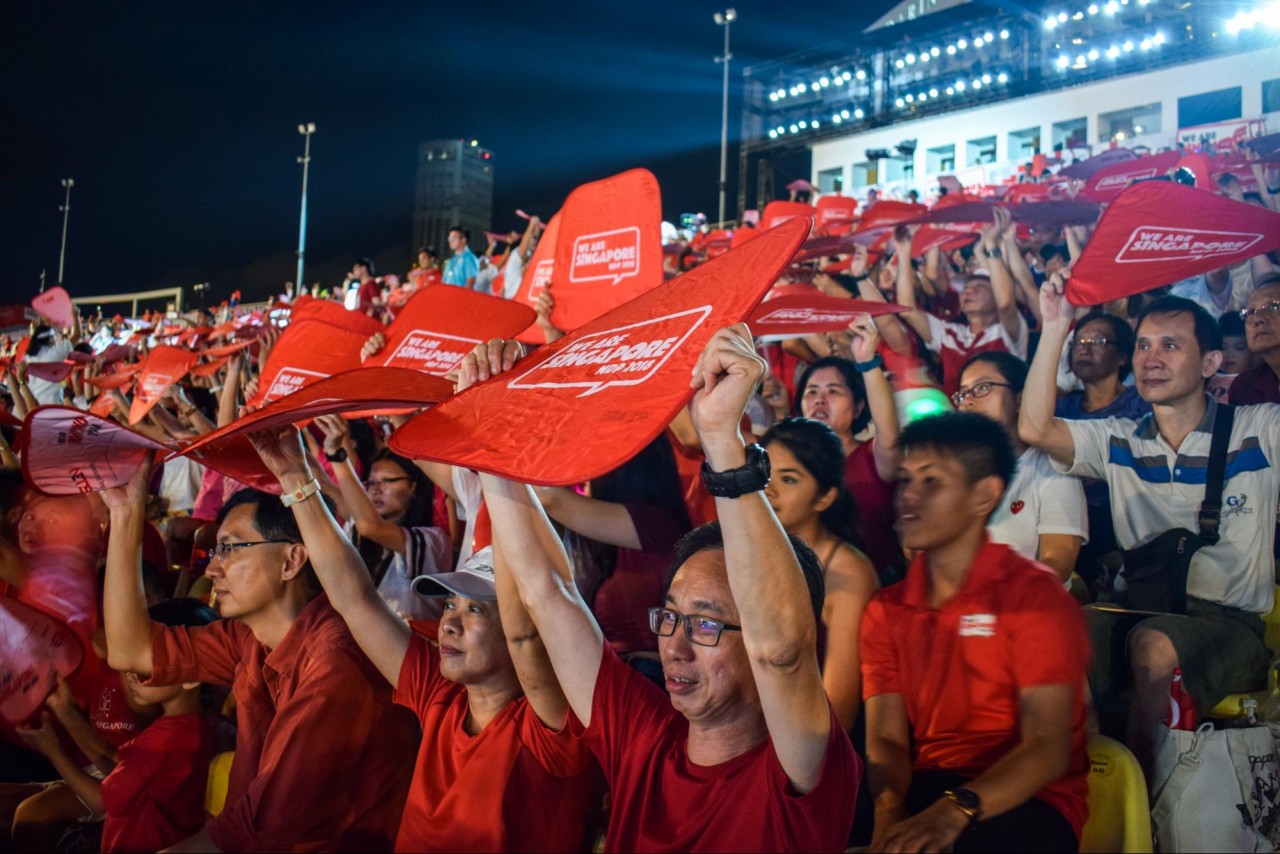 If you’ve always wanted to perform for NDP and see your face displayed on the screen, here’s your chance with the Placard Challenge.

Audience will each get a placard with a red and white side, and then write what they identify as one the white side. Then, depending on their seat, they’ll display either the red or white side during the challenge which will form the words “We ❤ SG”. 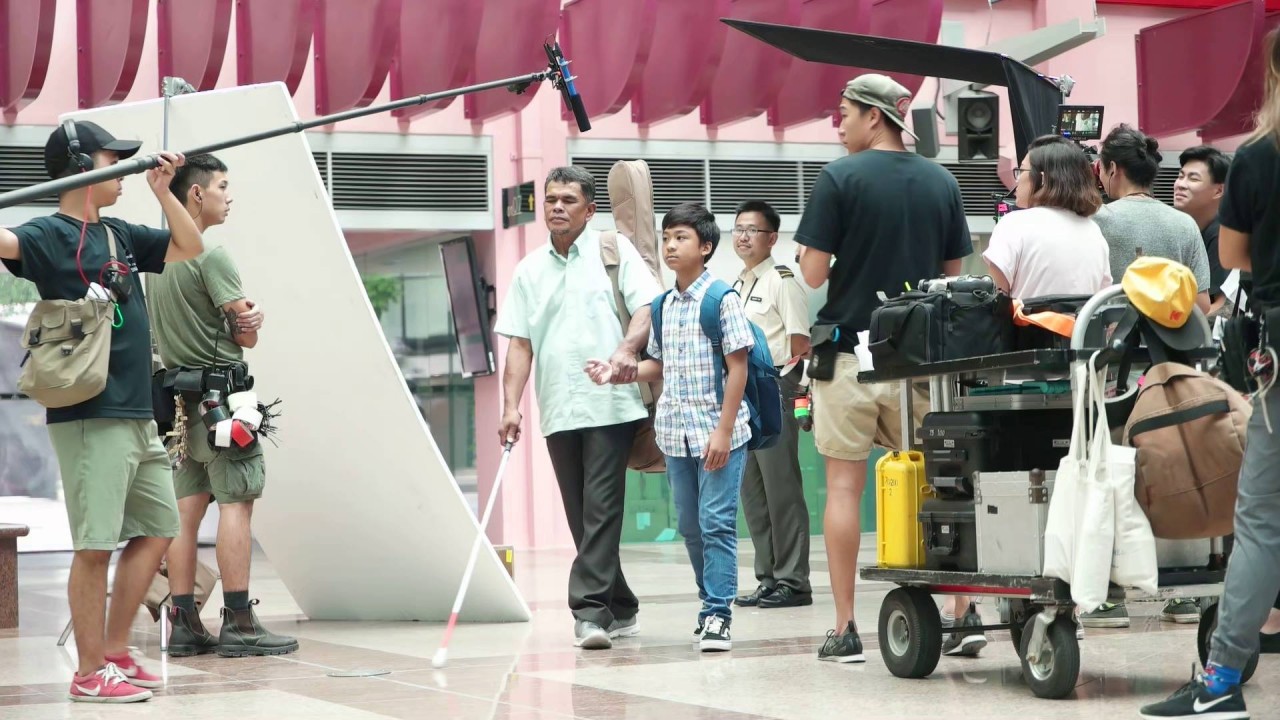 Behind the scenes of the film
Image credit: NDPeeps

Of course, no parade is complete without spectacular acts and luckily, this year’s NDP has ‘em in spades. First up is the inspiring film detailing the stories of 5 real-life Singaporeans like: 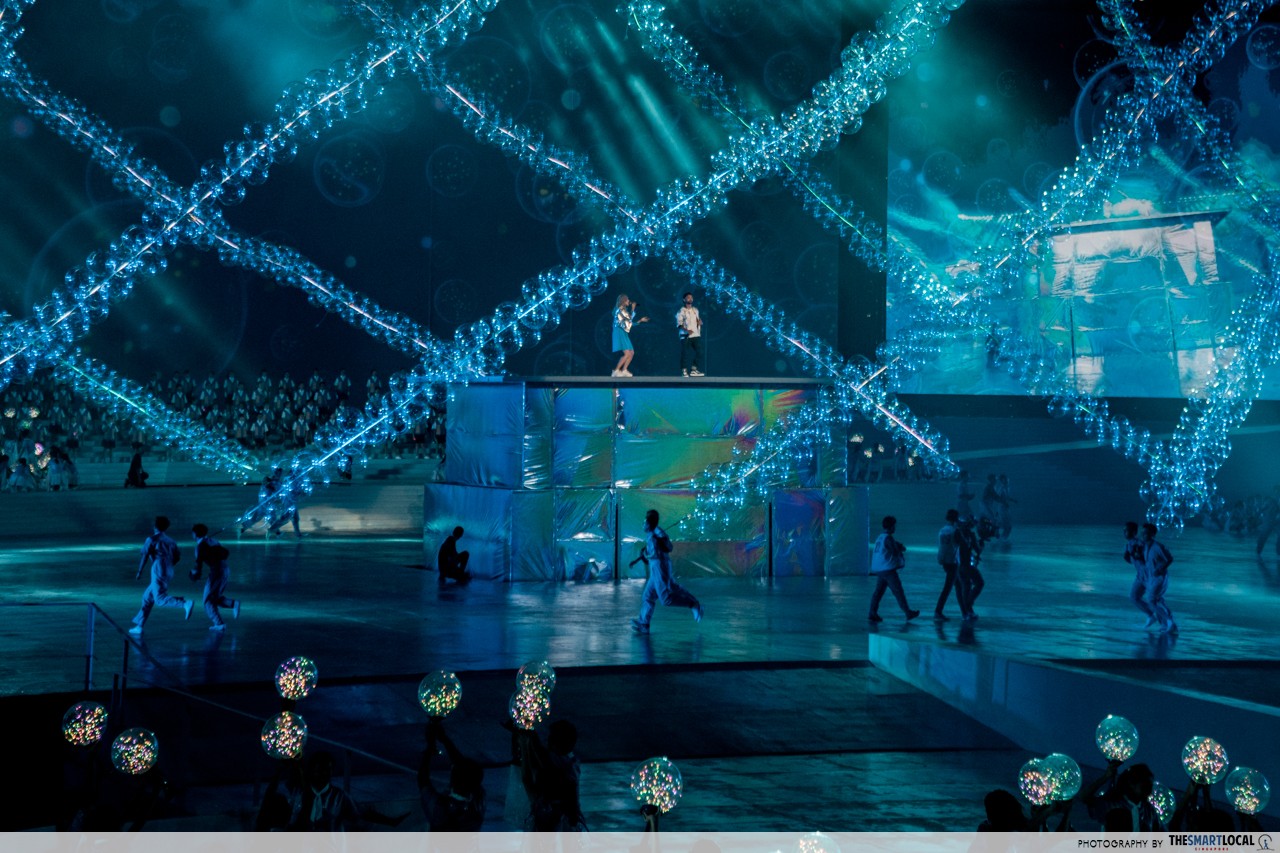 Once you’ve had your hearts touched, treat your eyes to amazing performances like the nautical-themed one which will have 12 helium-filled balloon garlands defy gravity as they sway to the music of Aisyah Aziz and The Lion City Boy. 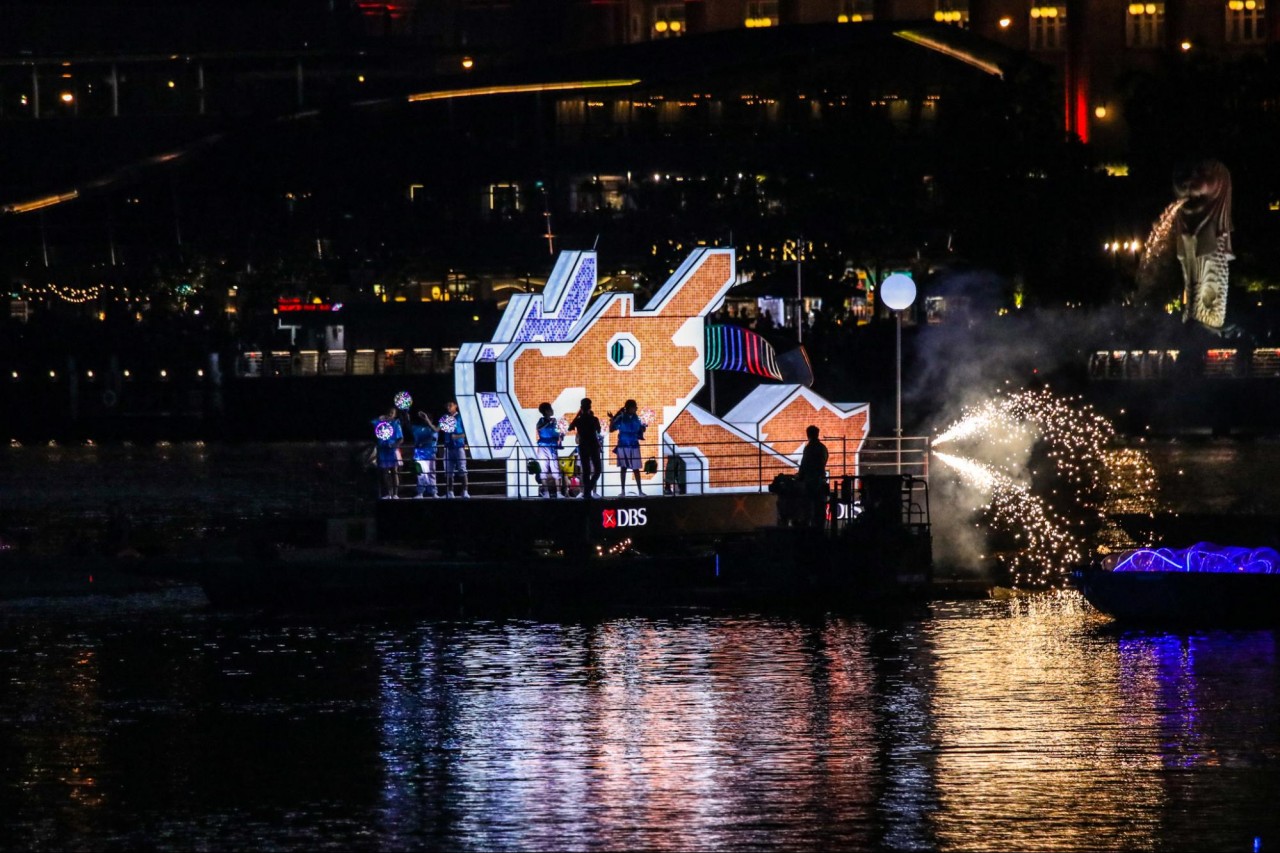 And if you’re at the Parade this year, count yourselves lucky as you’ll be amongst the first people to catch the water procession of 18 lit-up boats and floats which have been modelled after old-school playgrounds like the Dragon, Dove and Pelican playgrounds.

5. Check out this year’s National Day pack which has 18 different designs and Owndays vouchers

As someone who’s collected the last 5 funpacks, this year’s fun pack truly stands out with its functionality. Packaged as a giant tote bag, you can put in your barang-barang while looking stylish.

Open it and you’ll uncover a treasure trove of useful items that’ll keep you satiated during and after the parade like The Golden Duck Co’s Gourmet Salted Egg Yolk Fish Skin and a voucher booklet with deals like $30 off Owndays glasses and 1-for-1 Nandos. 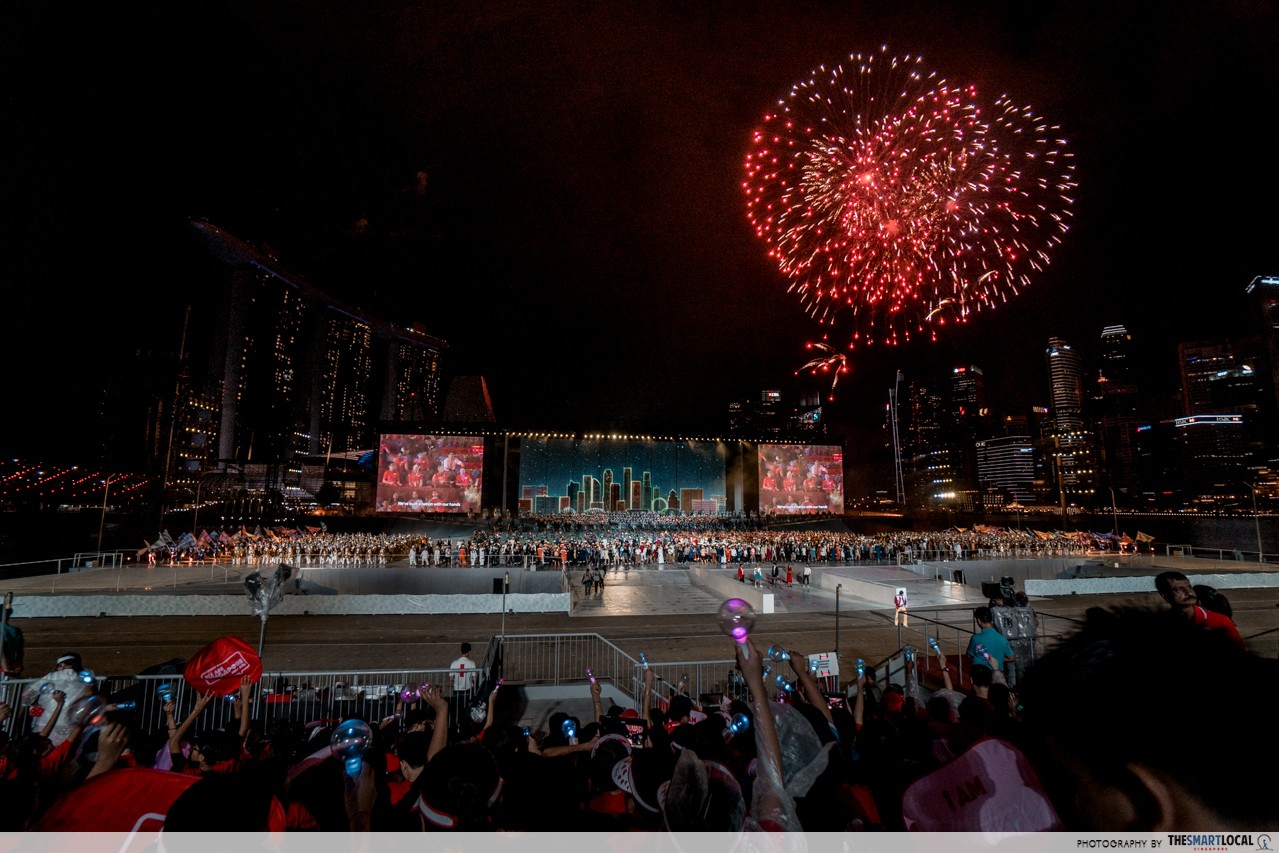 If the preview is anything to go by, you definitely wouldn’t wanna miss this year’s National Day Parade which will feature never-before-seen acts like a water procession and zhng-ed up favs like the Red Lions who will be leaping from greater heights.

Whether it’s in your living room or live at the Floating Platform, mark the 9th of August down and celebrate our nation’s birthday with Singaporeans from all walks of life. 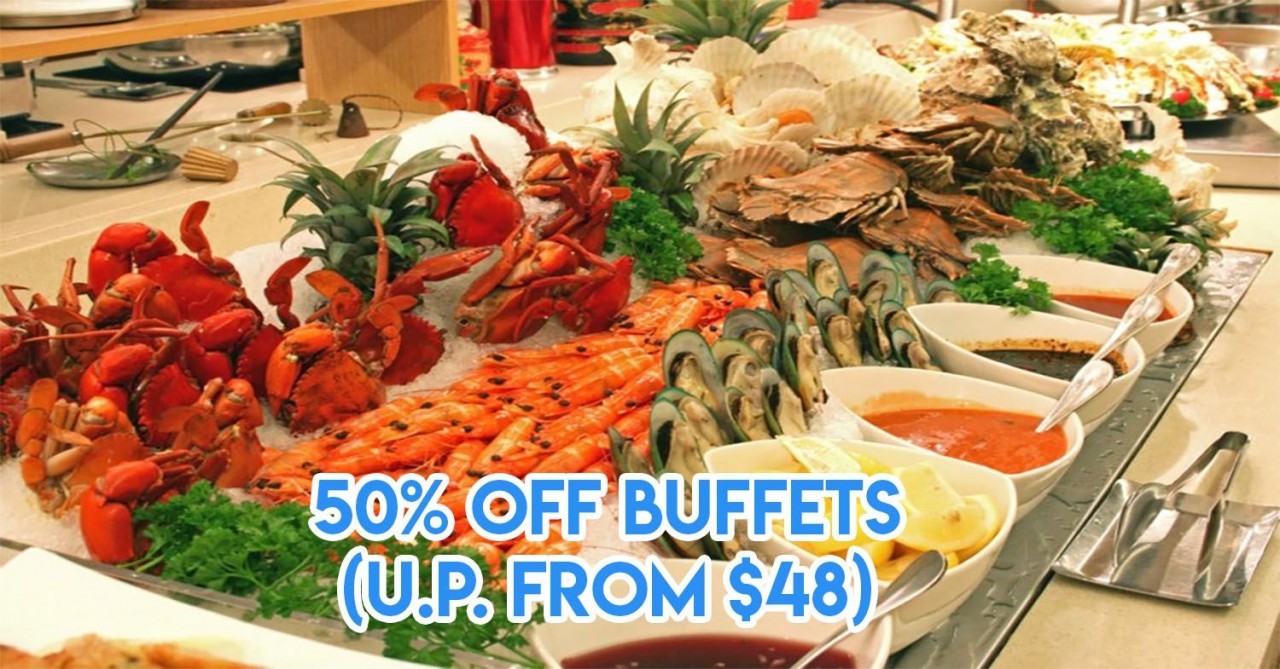 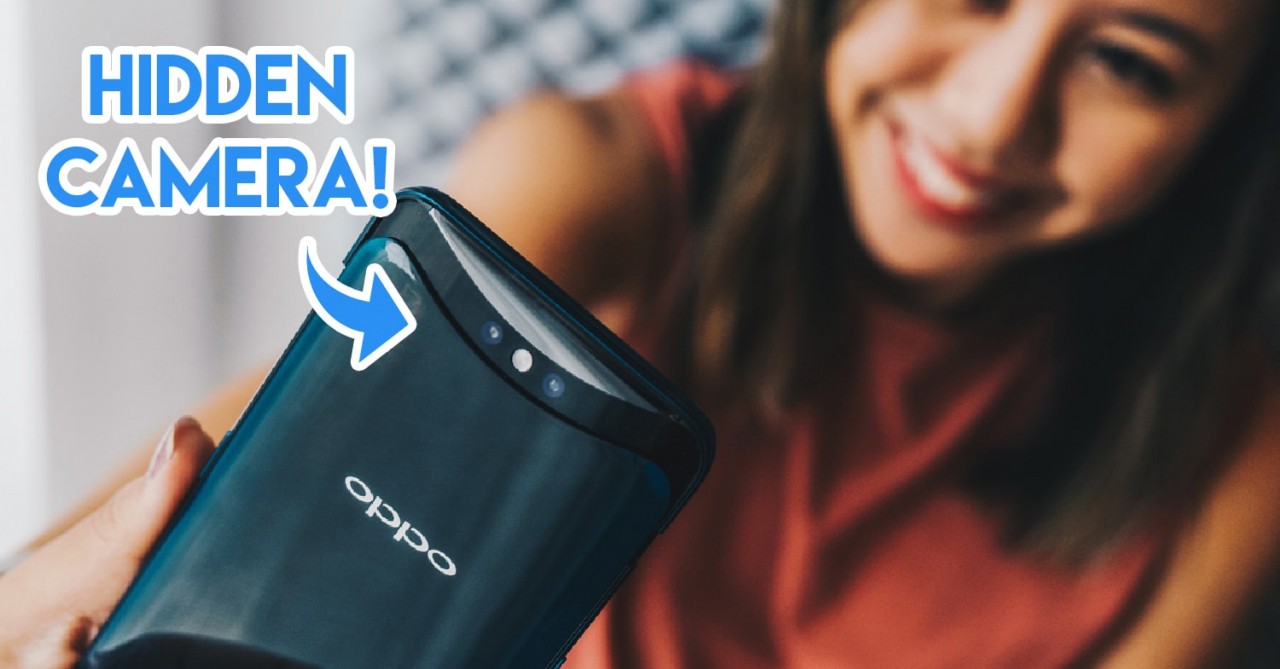