Travel Back in Time to Undiscovered Myanmar 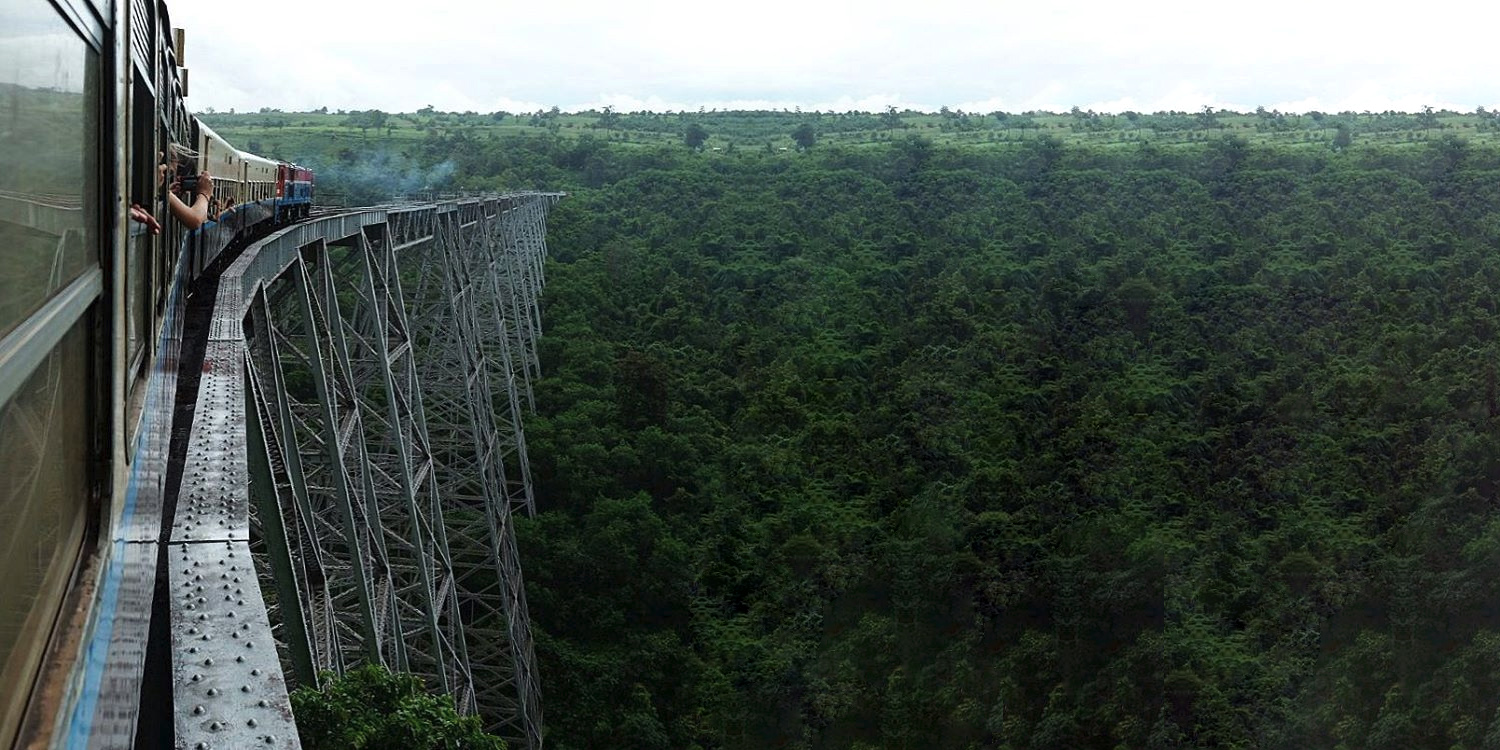 Myanmar’s lack of mass tourism isn’t why you shouldn’t visit it, it’s the reason you should. Preserved from globalisation, Myanmar has been kept in isolation, and is only now beginning to receive the appreciation of international eyes.

From 1 Dec 2016, there’s a new agreement that exempts Singaporeans from needing visas to visit Myanmar, making it a hot new travel destination for Singaporeans. Their transport system might not be as high tech as Japan, but their rickety train rides, sub-zero night buses, and rattling Thoun Beins have a rustic charm that will keep you coming back.

Get away from the hordes of Uber drivers So plan a trip there to get away from it all before everyone gets on the bandwagon!

Getting around on land

1. Hitch a ride on a pony cart 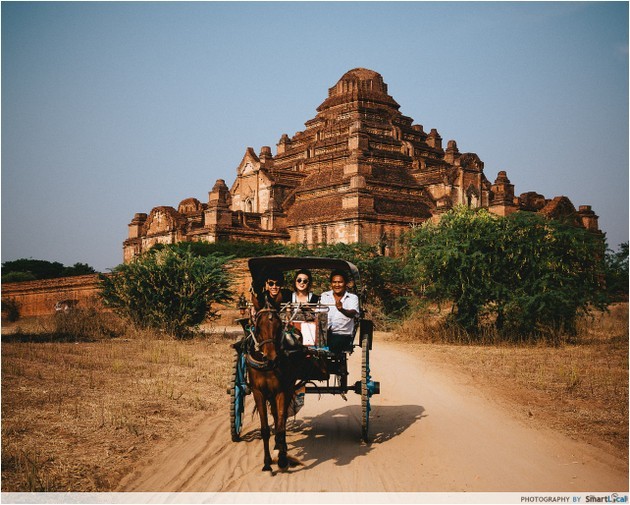 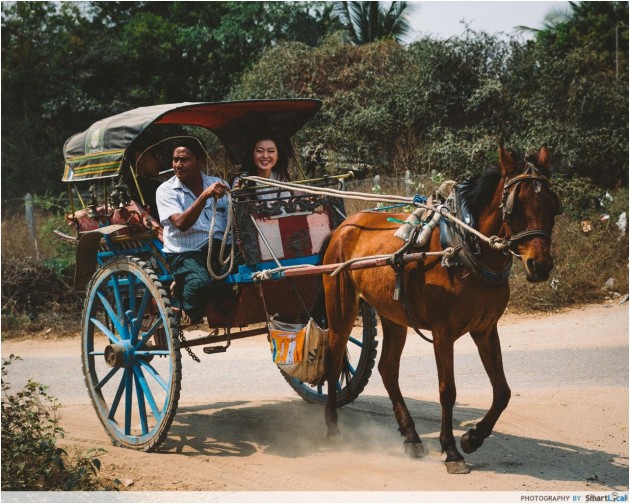 It’s not just royalty who sit in carriages any more. Against the stunning backdrop of Myanmar’s pagodas, you’ll feel like you’ve time travelled when you’re relaxing in your pony cart, listening to the clucking of the horseshoes, and appreciating the smell of the countryside. All that as you plod along, enjoying spectacular views like no other.

2. Get a trishaw ride from a local 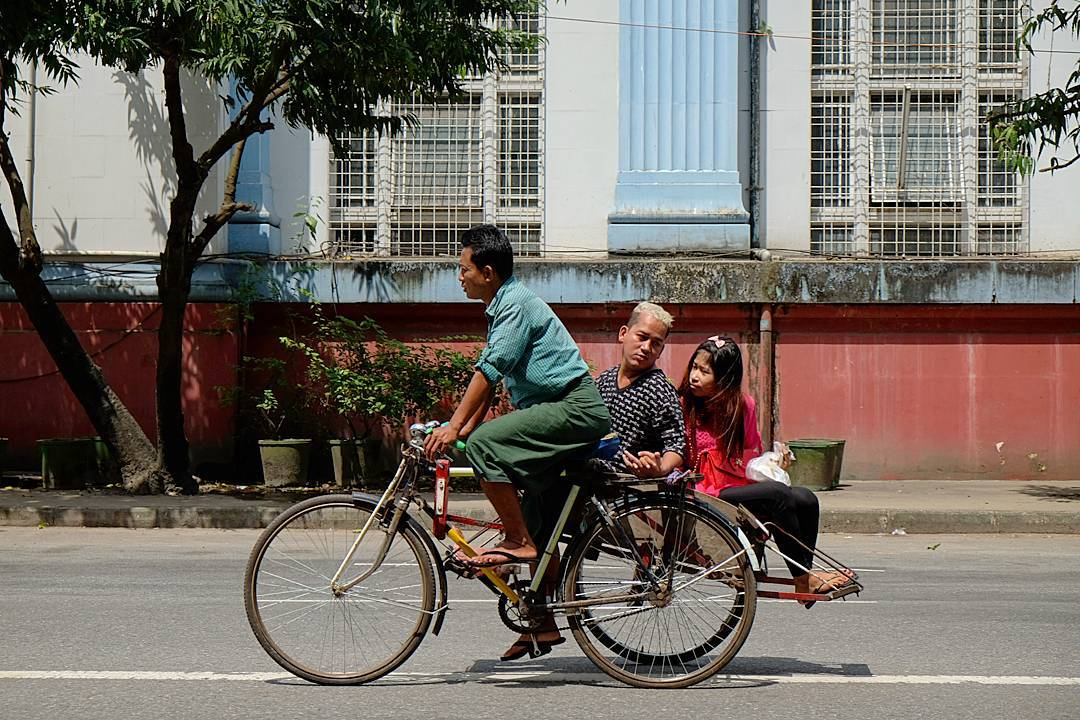 Venture into rural Myanmar in true Burmese fashion, as is one of the rare forms of transport within the villages. Trishaws are said to be invented in Myanmar, and was the most popular form of transport in colonial times – so popular that it had the electric tram companies closing from bankruptcy.

Trishaw rides start at a super affordable 0.15 USD to about 2 USD, depending on how far you’re travelling.

3. Take a rustic train through the countryside 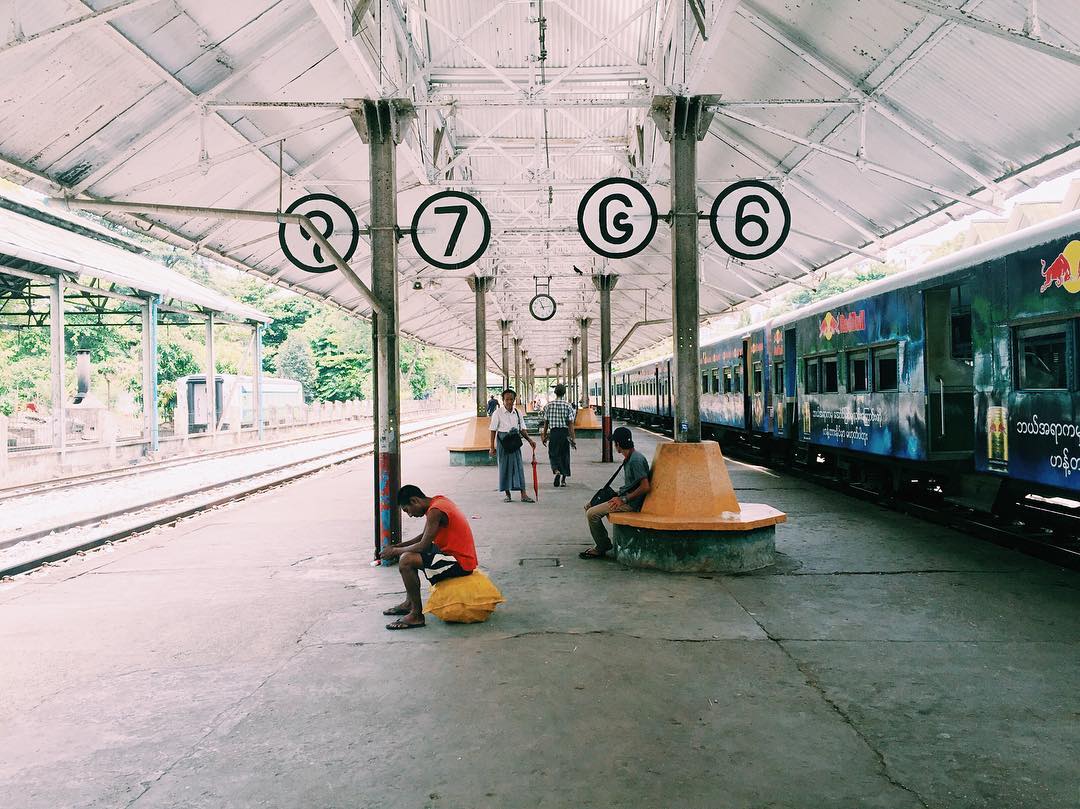 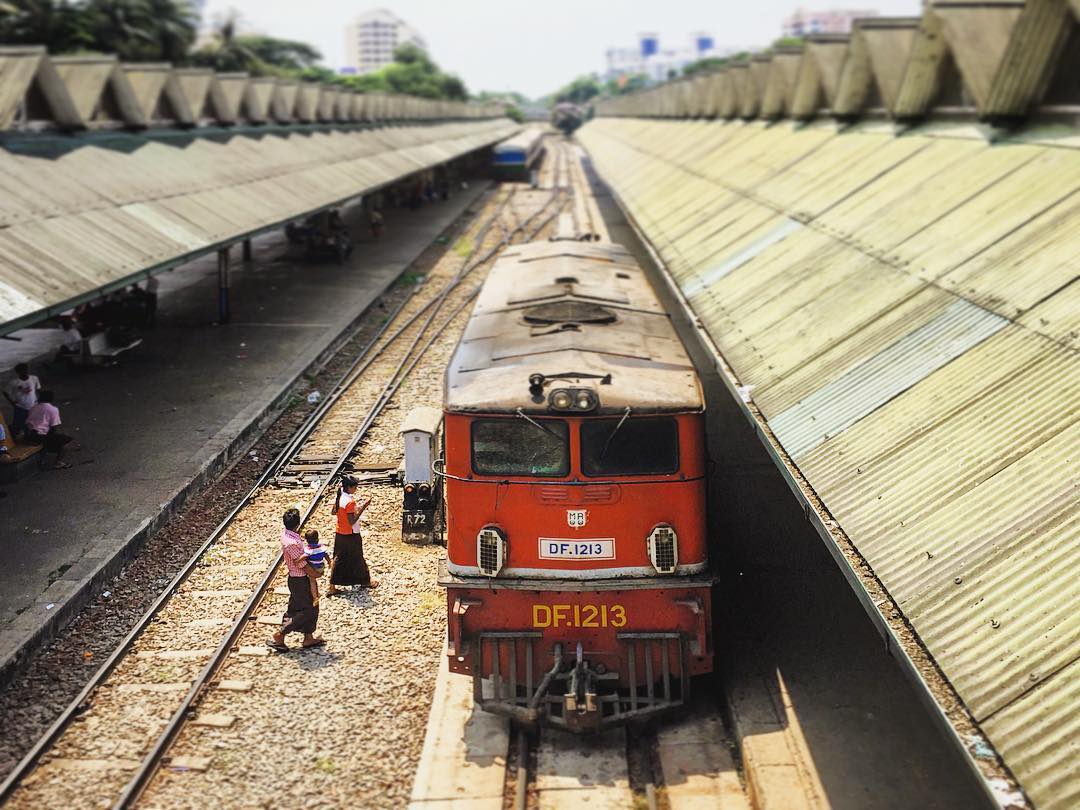 Travelling by car sounds more convenient, but the experience that Myanmar’s trains give you is one that you’ve been dreaming of since you first watched Harry Potter enter the Hogwarts Express from Platform 9 ¾. 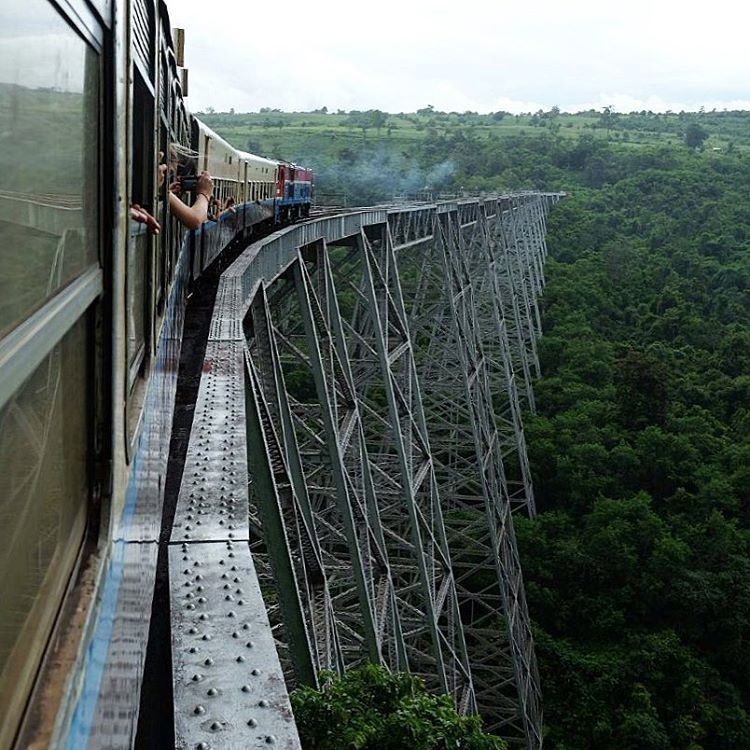 Don’t expect the cleanliness of Singapore’s MRTs, though. If you’re going on a long journey by train, it’s best to book either first class (wooden seats with cushions), upper class (popular with tourists), standard sleeper (lockable compartments with beds), or a special sleeper (self-contained compartments with privacy). 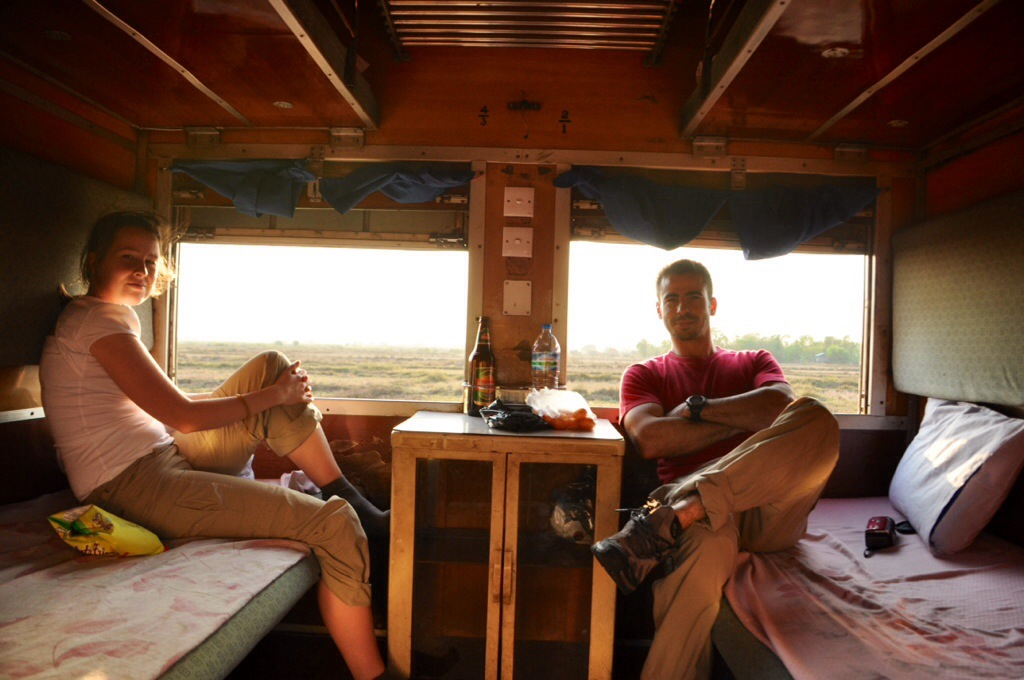 Bring toilet paper with you, because the condition of some trains are barely functional. The condition of the toilets also get worse as the journey progresses. Bring food and snacks with you as well if you’re not in a sleeper cabin!

Price: 2 USD to 40 USD for overnight sleeper cabins (buses cost from 5 USD to 18 USD)
(tickets are usually paid for in US dollars)

4. Get to more rural areas via a night bus 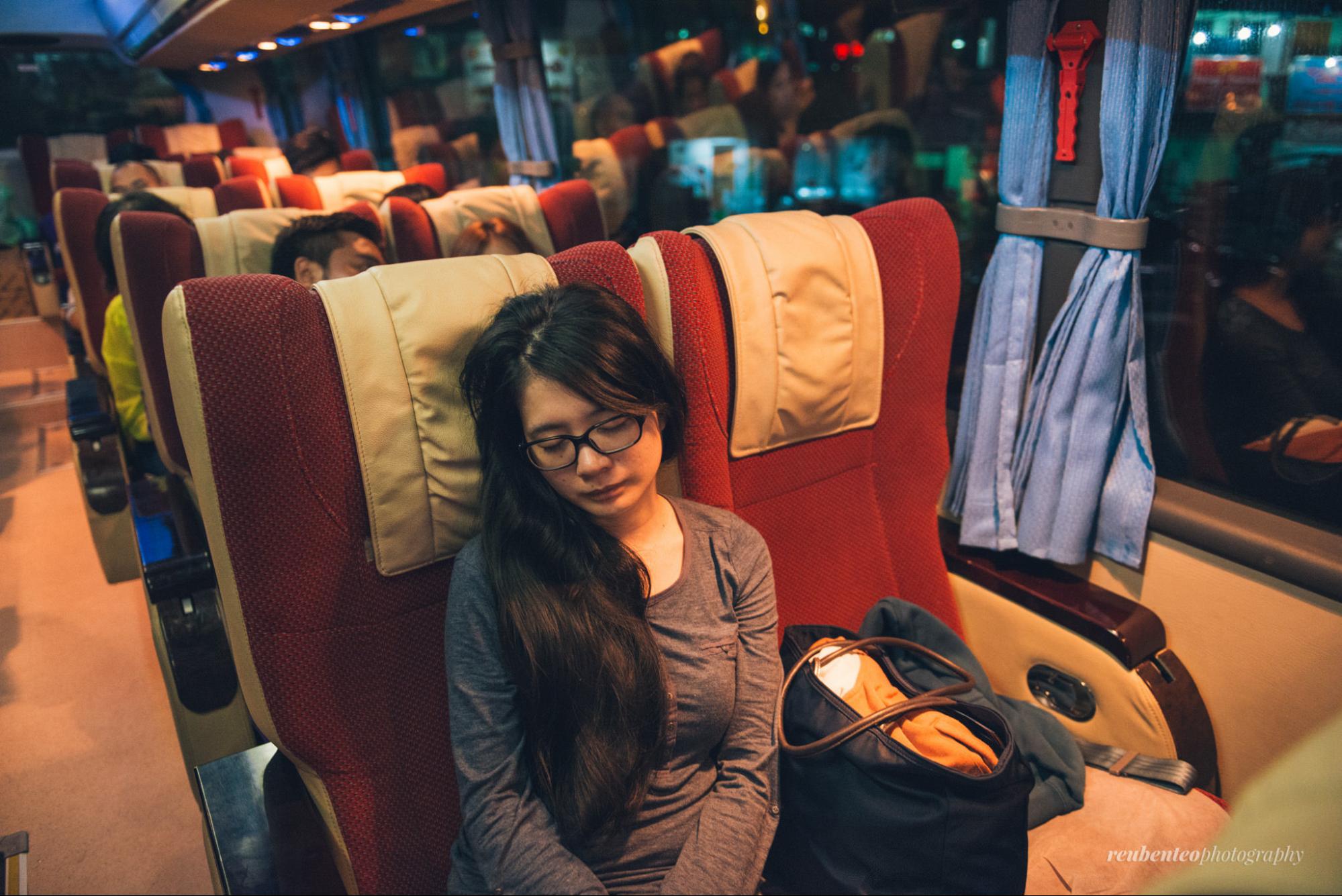 Taking a night bus is the cheapest and quickest way to get around most of Myanmar, and in some cases the only mode of transport for more far flung destinations.

The lack of toilets on board means no excessive drinking, because you’ll have nowhere to relieve yourself until the bus reaches a refreshment stop. If you’re lucky, you might see pets perched on the bus aisles as they travel with their owners!

If you’re looking to go to Yangon, Inle Lake, Mandalay, or Bagan, book early, particularly from November to April. If you’re travelling to areas close to the border, bring along photocopies of your Myanmar visa and passport.

You can book bus tickets here or find a list of estimated costs for different routes here.

Fun Fact: Burmese superstition advises you against asking ‘how much longer till we arrive’, because it’s bad luck for travellers. 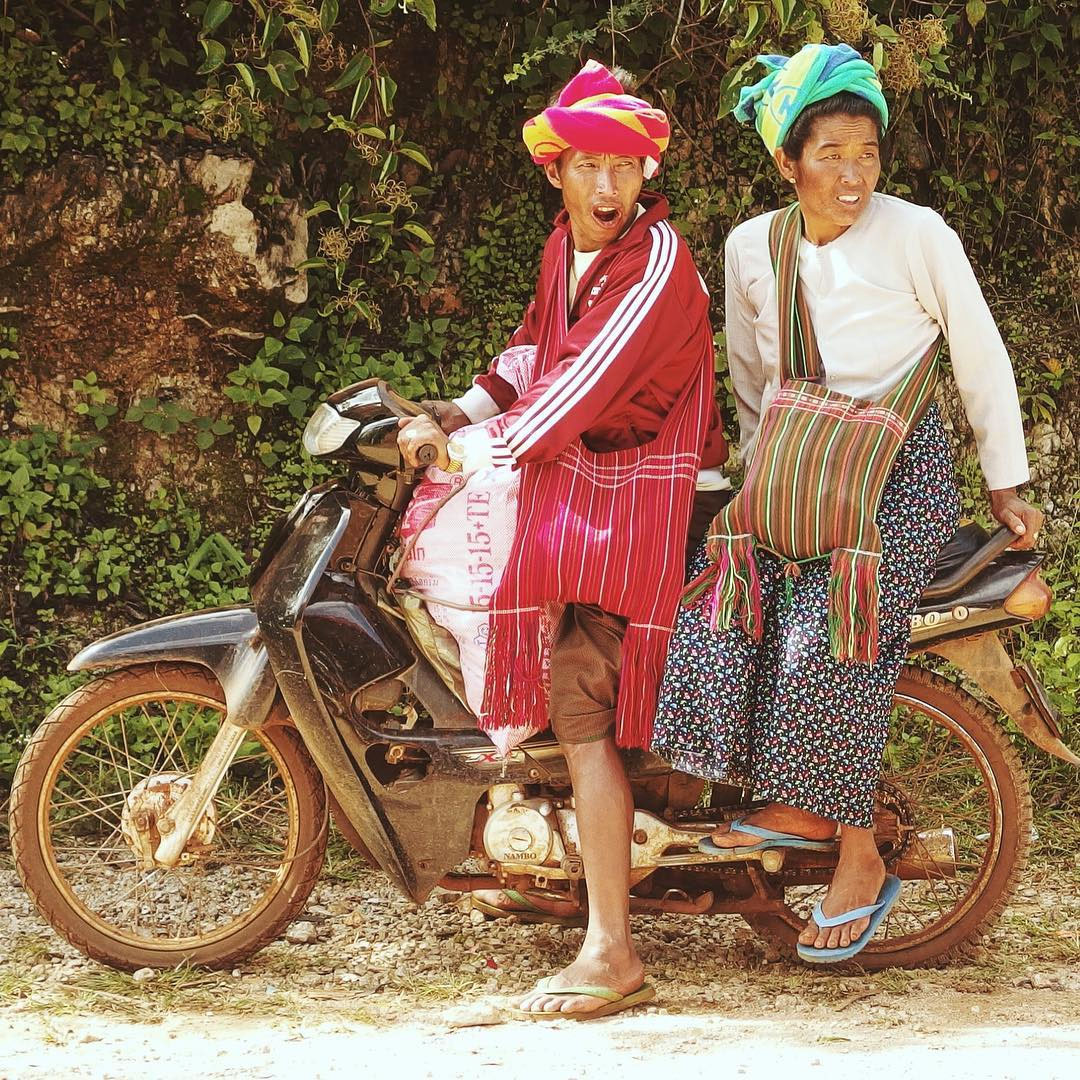 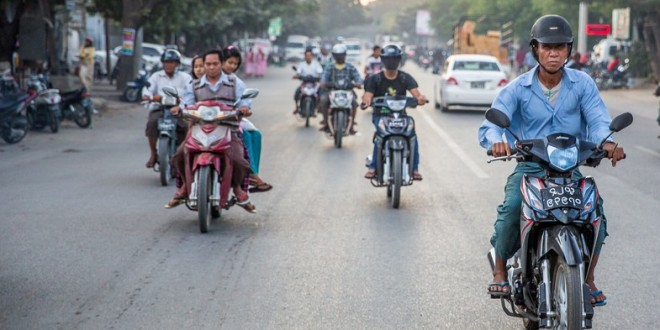 In Myanmar, DIY tours have to be done on motorbike. This way, you get to avoid the jams and set your own tour pace with no tourist-plagued refreshment stops. And because there’s so much freedom, you can travel to Myanmar’s undiscovered gems that look like a surreal, Southeast Asian version of Machu Picchu. 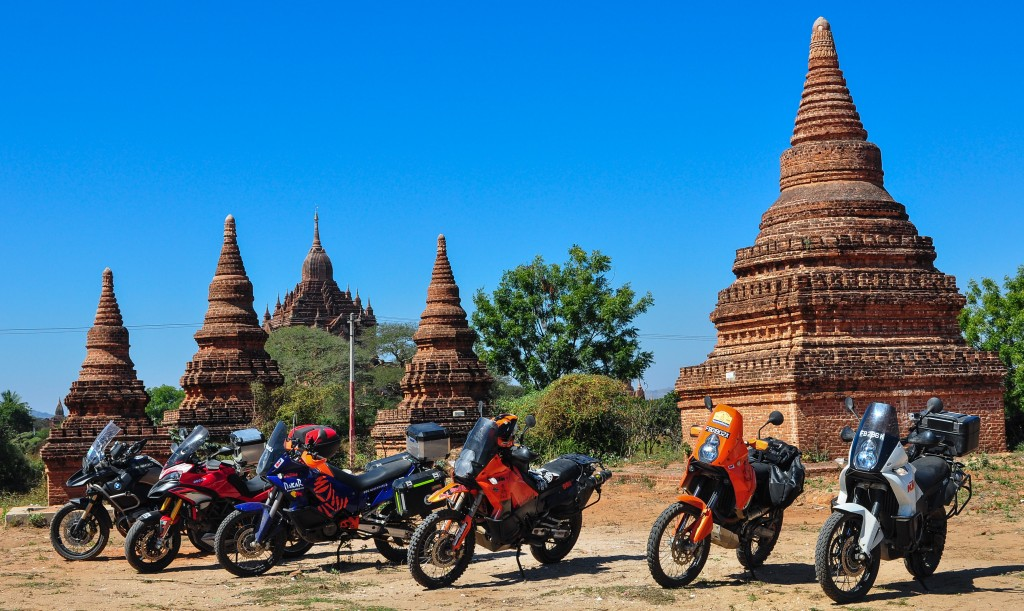 We only recommend experienced riders to try this, because Myanmar’s roads are filled with potholes, and the motorcyclists can get extremely rabak.

You can find a list of suggested routes here.

Most larger towns offer motorbike hire, so just enquire at your hotel or guest house.

6. Get comfortable with the locals on a pickup truck 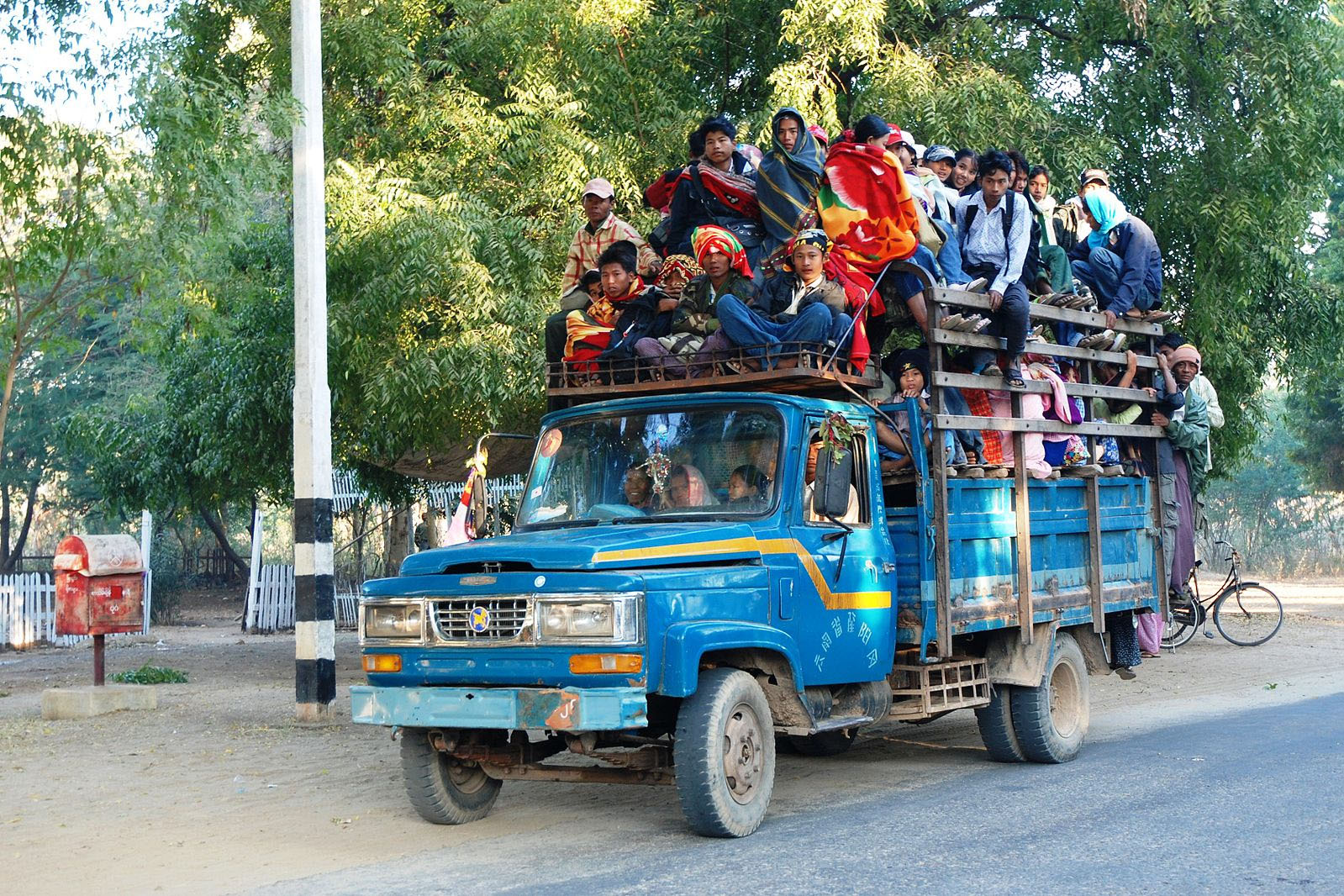 Think Singapore’s Hippo tours, but less touristy, and more 1960s. Don’t expect a comfortably empty ride, though – drivers usually wait until truck is swarmed with passengers before they depart from more popular locations. They’re pretty functional and convenient for short distances, but you’re going to have to have nerves of steel if you want to travel more than an hour or two.

7. Travel light on a Thoun Bein (a Myanmese Tuk Tuk) 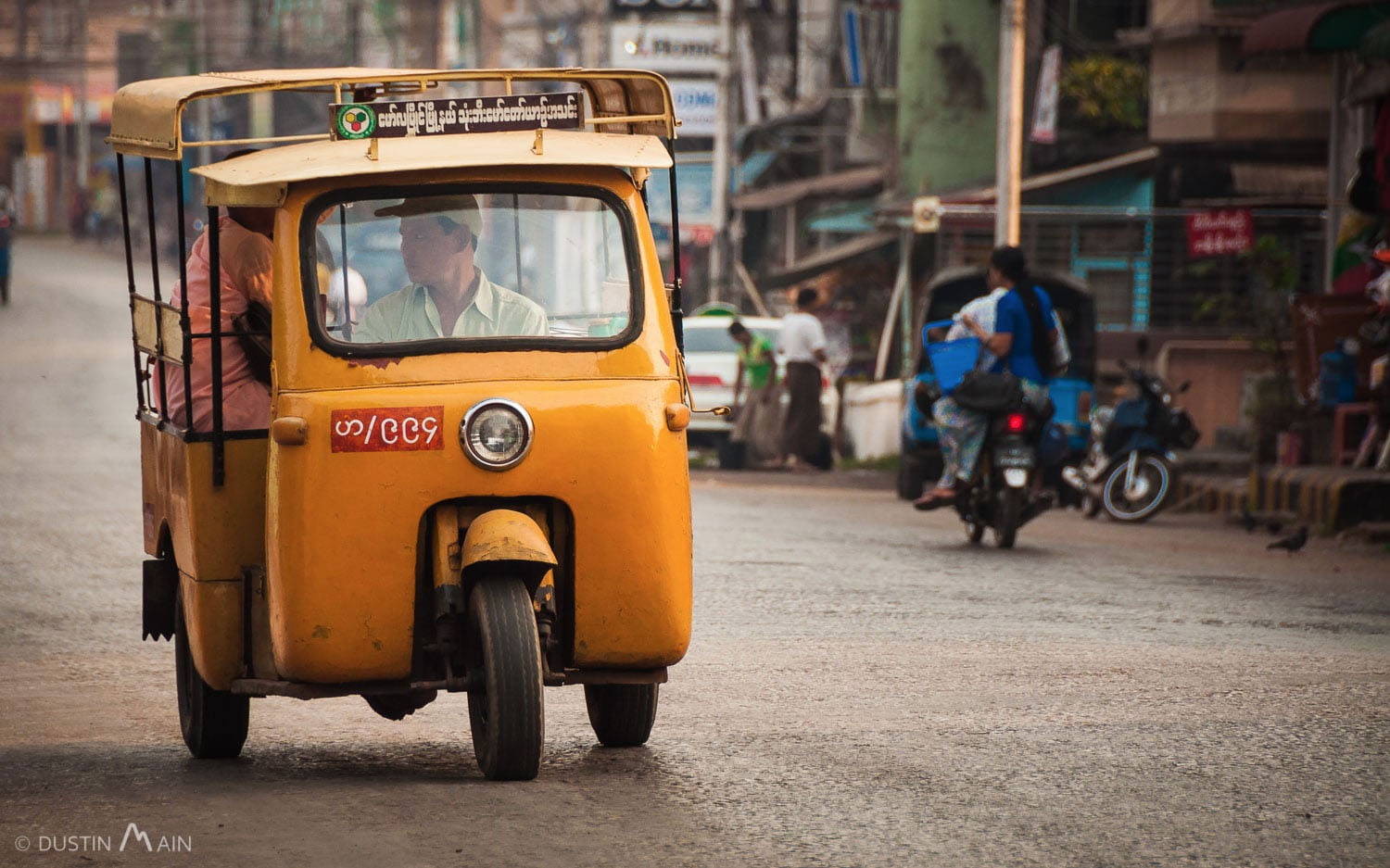 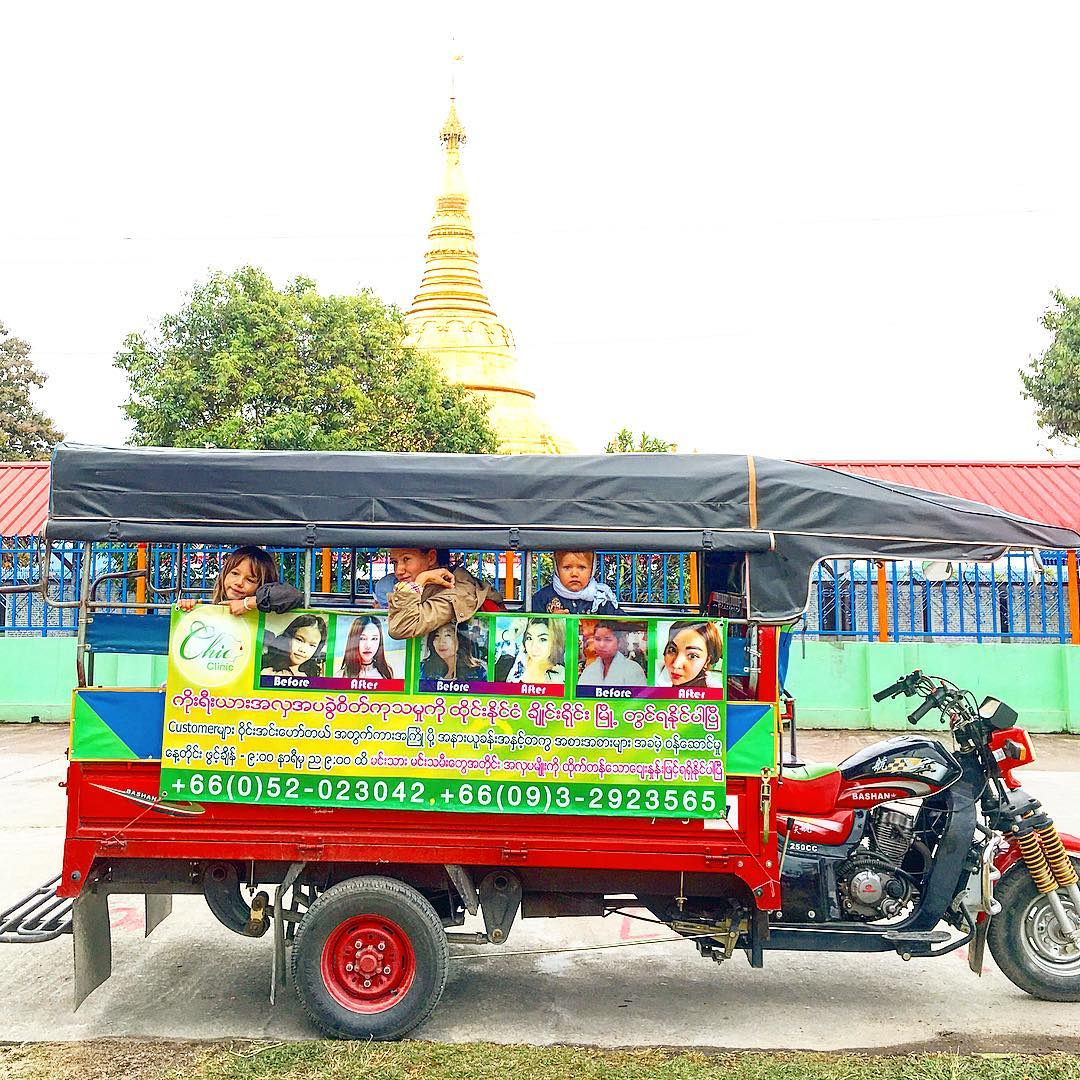 Just like every form of road-related transport in Myanmar, don’t expect a ride on a Thoun Bein to be smooth. Thoun Beins aren’t as popular here as in Thailand, so finding one available for hire might take a while longer, but once you do, you’ll be transported to the retro times, complete with the whole ‘loose screw, truck falling apart’ feeling.

The great thing about these is that the drivers are sometimes willing to wait up to an hour for you at your destination, since you’ll be paying the return fare anyway.

Getting around on water 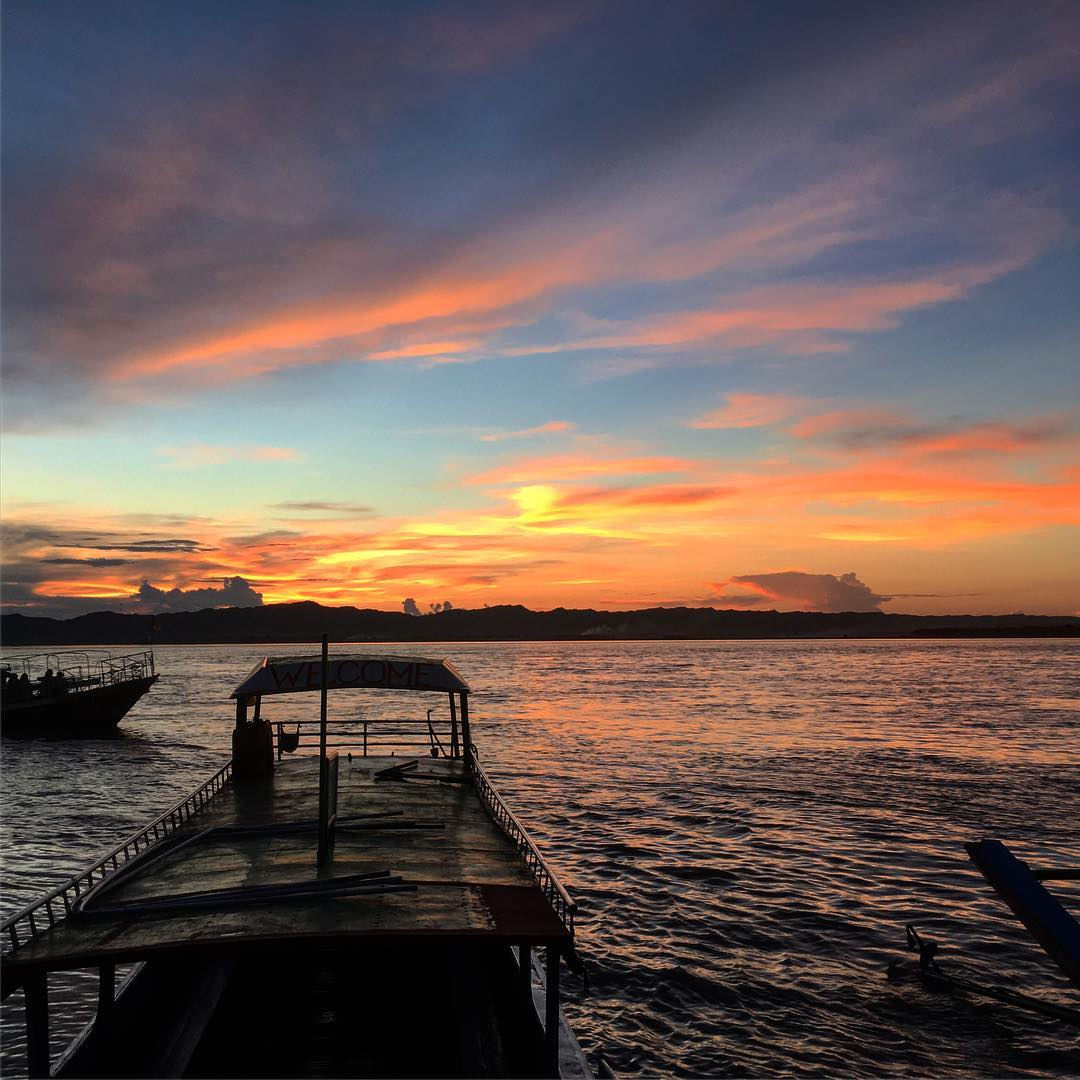 Venice isn’t the only kid on the block that lets you travel by boat. If getting around on bumpy roads isn’t your thing, consider using their much smoother waterways. Myanmar’s Irrawaddy river takes you from popular destinations like Mandalay to Bagan, so you won’t have to fight the crowds on land.

Boats take twice as long as buses do, but for 200km of travel, I wouldn’t want to be squashed like a sardine in a busload of sweaty people. The beautiful view also makes up for the extra time incurred. 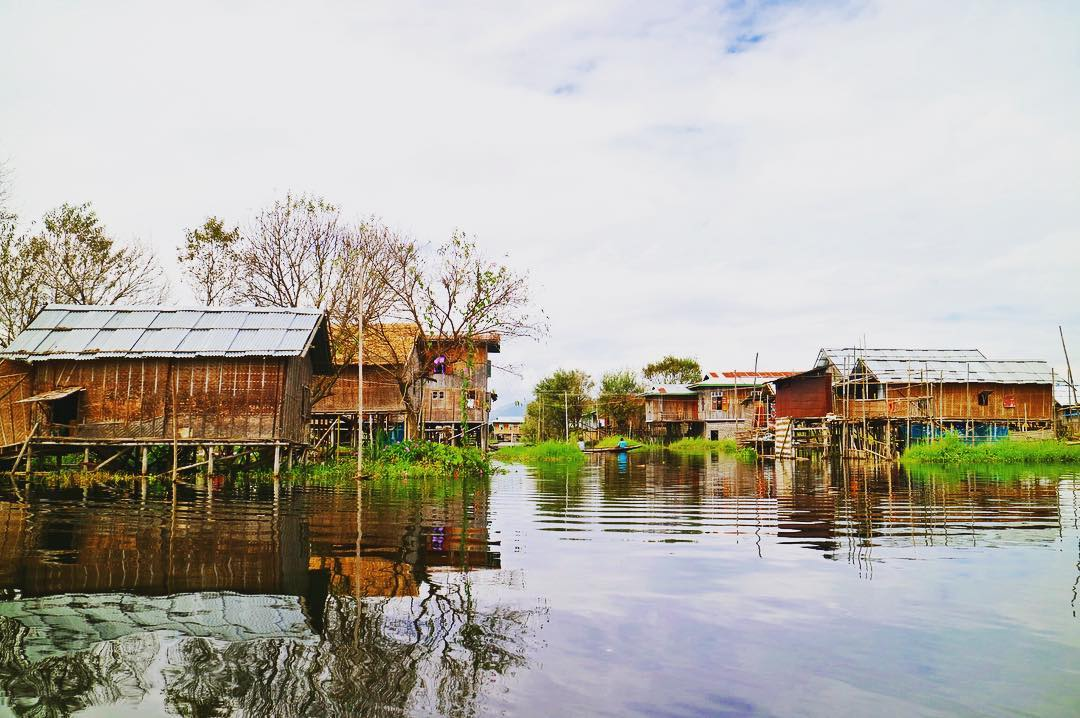 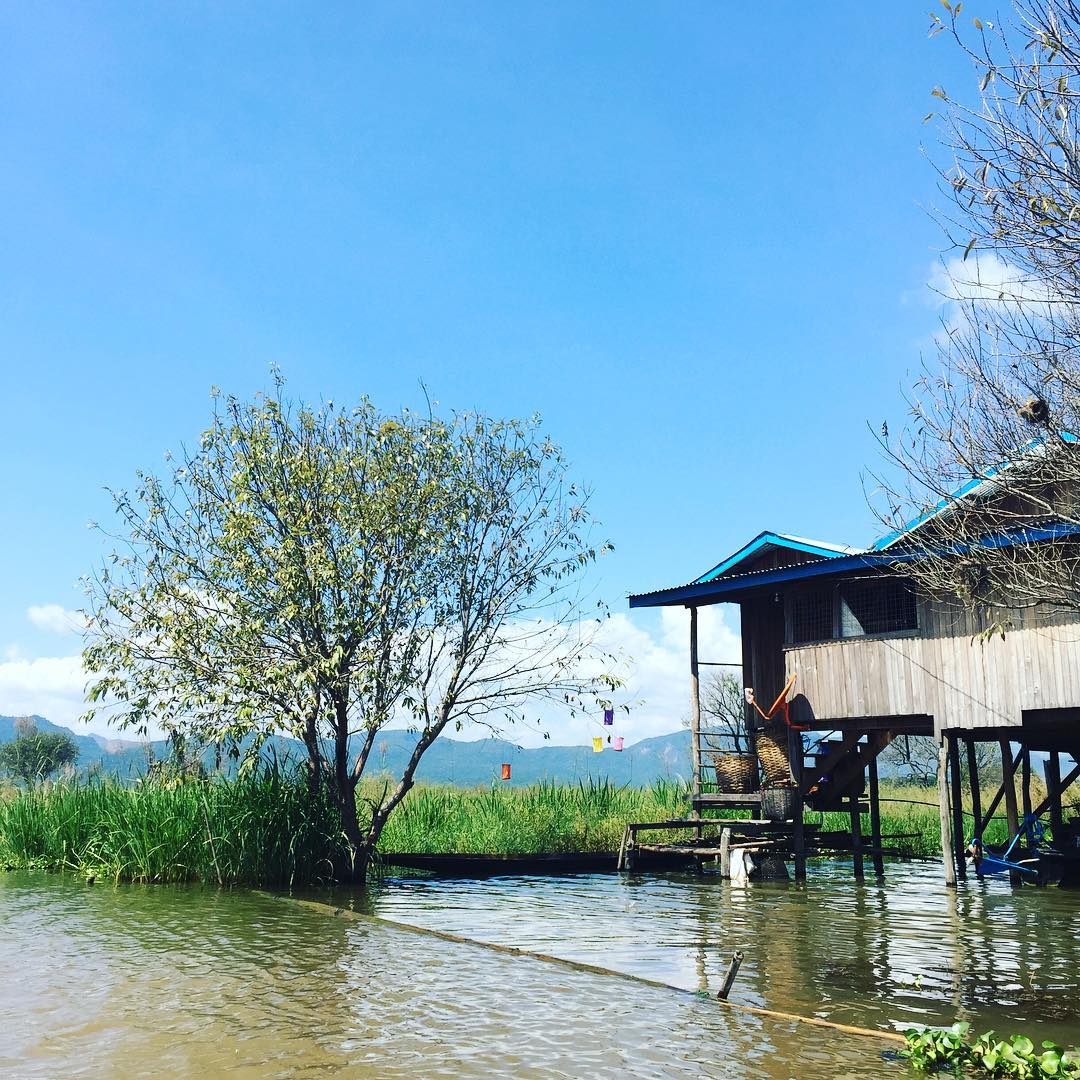 Most tourists skip Inle Lake for Bagan, but if you’ve always been intrigued with the idea of living on the water like in the movie Water World, you’ll be enthralled with Inle Lake. Featuring a serene lake surrounded with marshes, floating gardens, and dotted with stilt-houses and Buddhist Temples, you’ll truly find a world thriving on the water.

You also get to see the Padaung tribeswomen weaving silk in their famous neck rings: 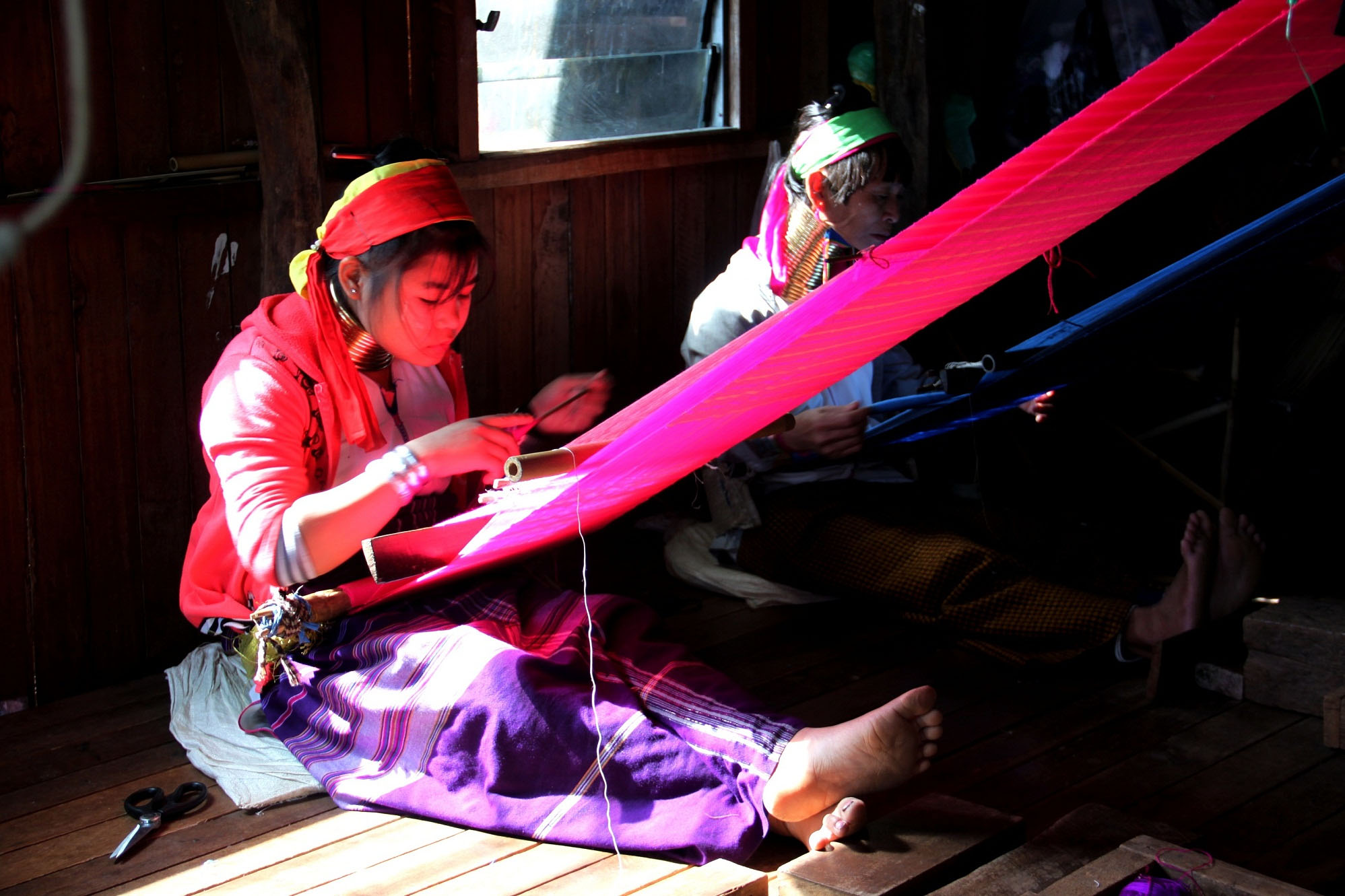 Inle Lake plays host to a very traditional-styled market as well, and you can get beautiful silver jewellery, Shan parchment, and ox bone goods at a bargain. 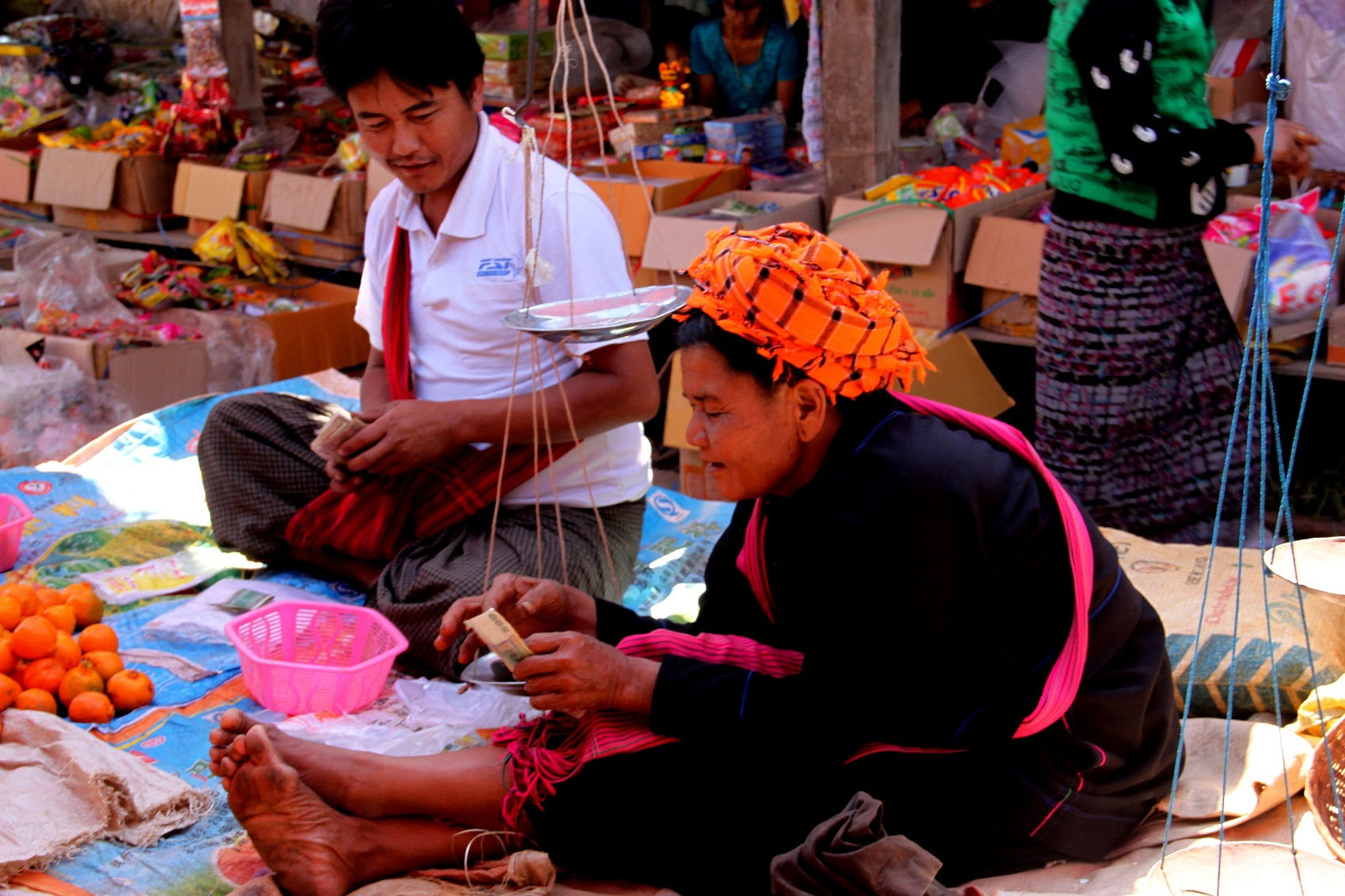 Note: Taking the boat downstream the Irrawaddy River can cut an hour or so from your travel time

8. Travel on a boat paddled by Myanmar’s iconic “one-legged” fishermen 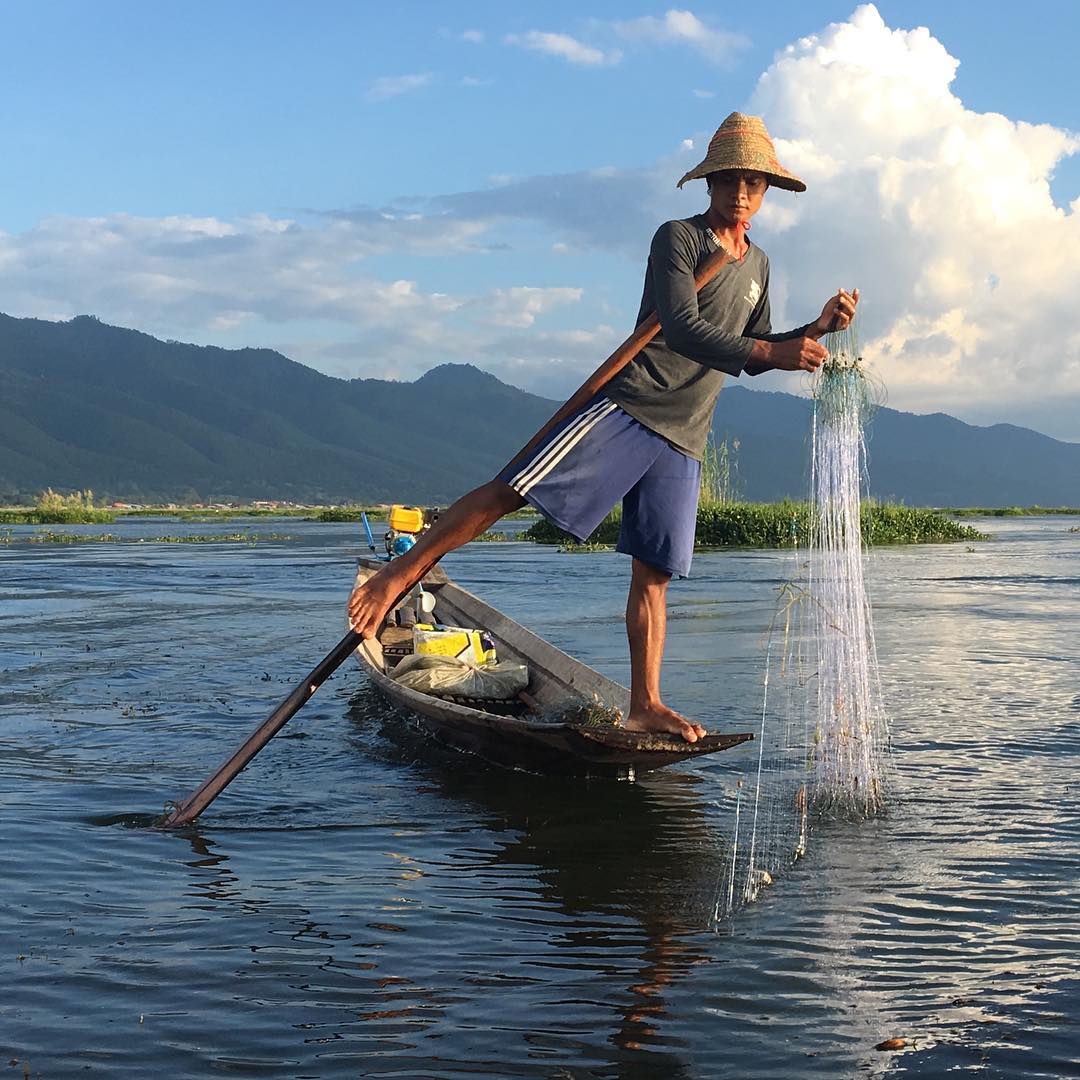 Everyone travels on a one-person-wide wooden boat, and fishermen use their famed one-legged paddling technique that they’ve been using for generations. No incessant modern buzzing like what you hear in Singapore – only the calm silence of man vs nature here. 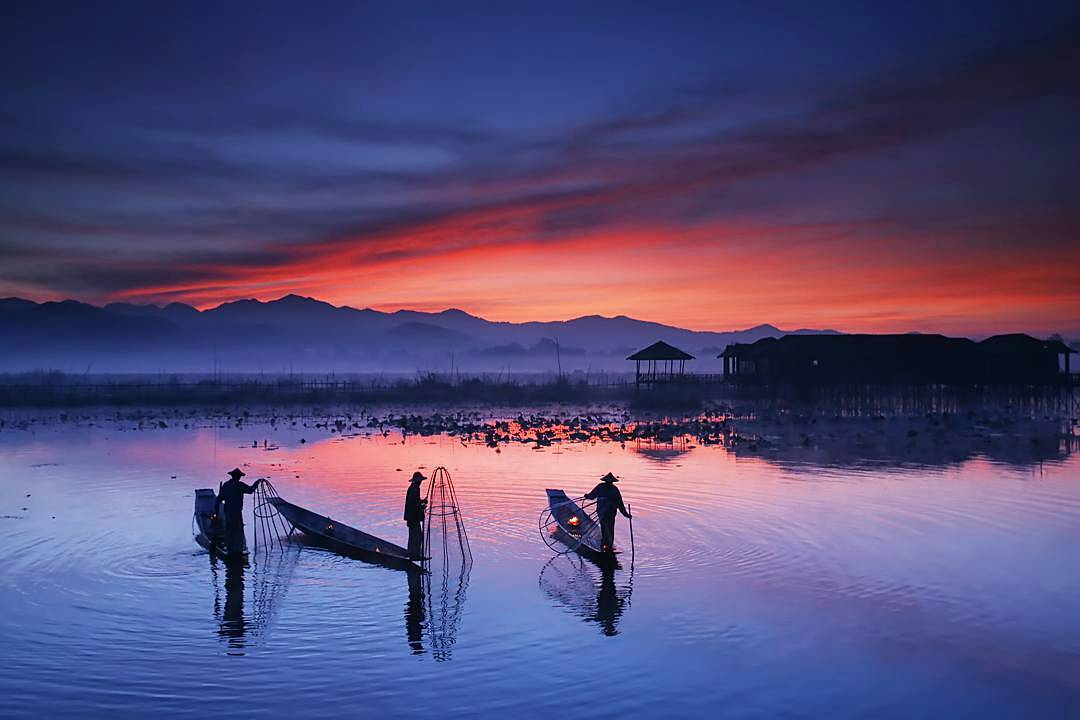 Fun Fact: They love their one-legged rowing technique so much that they have a parade that rowers have to practice for a year to perform at the Phaung Daw U Pagoda Festival. 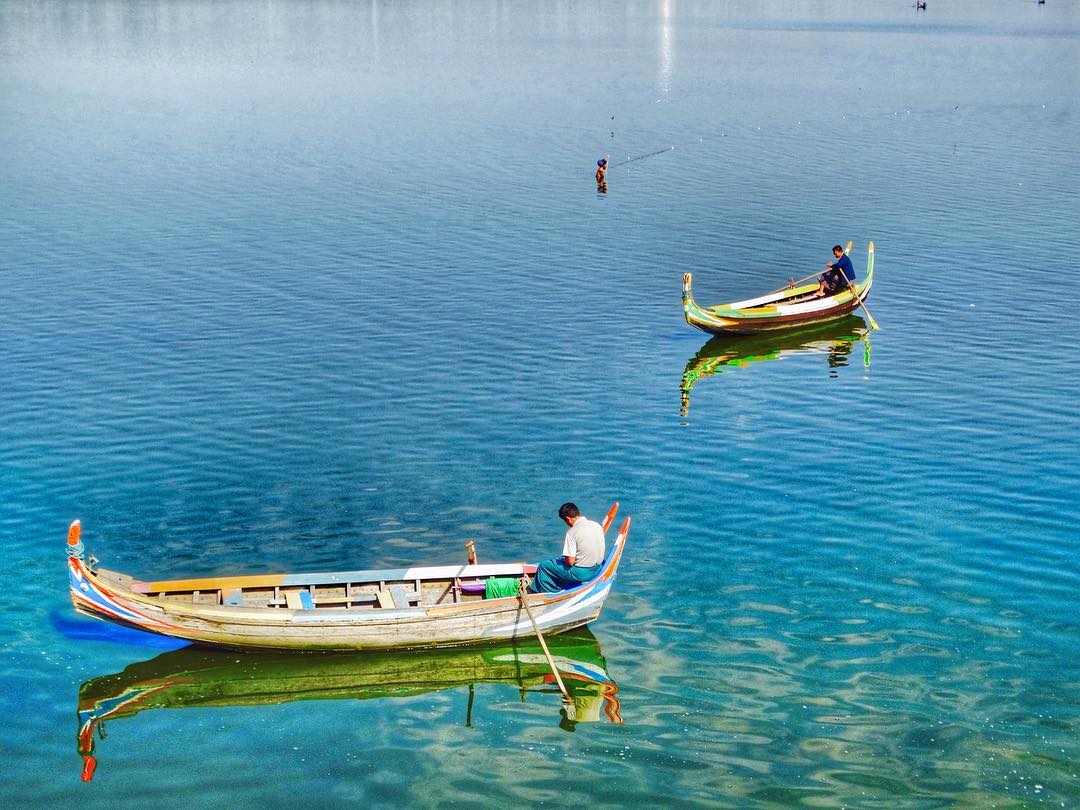 I love exploring lakes in non-motorised boats – the buzzing and revving of the engine breaks the calm of the lake, and you don’t get to fully experience the serene vibes of floating out by the water.

When in Inle, do as the Inthas do. Get a canoe and a driver, and drift along to see the village from the backwaters. The stilt houses, floating gardens, and stunning sunset by the Mine Thauk bridge is a picture perfect scene from the past. The locals wave back, too. That always makes my day.

10. Drift over the Bagan Plains in a hot air balloon 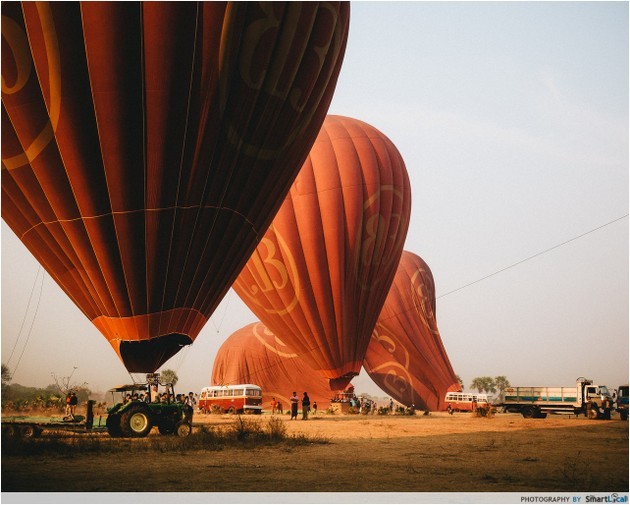 Drift across Myanmar’s skyline in scenic silence, where the only thing you’ll hear is the sound of sighs of wonder and camera shutters snapping at the 3000-strong army of temples on Bagan. It’s best to fly between mid December to mid January, because that’s when the winds are calmest, and the sunlight most stunning. 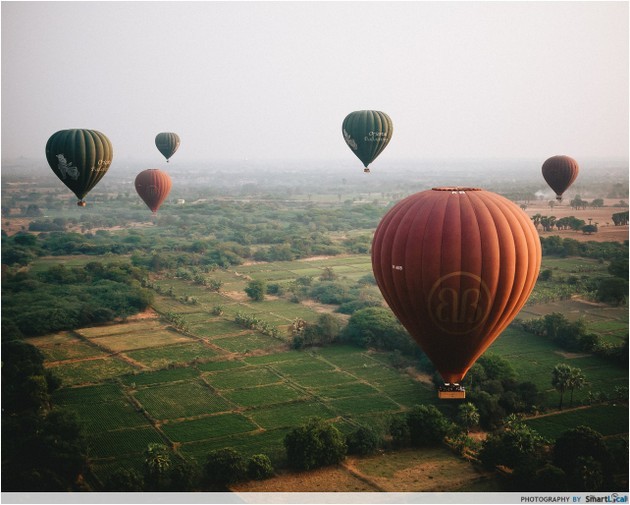 Note: If you’re looking to travel during the Christmas/New Year period, book your tickets at least 2 months in advance. Booking through an agent saves you from 50USD to 100USD. 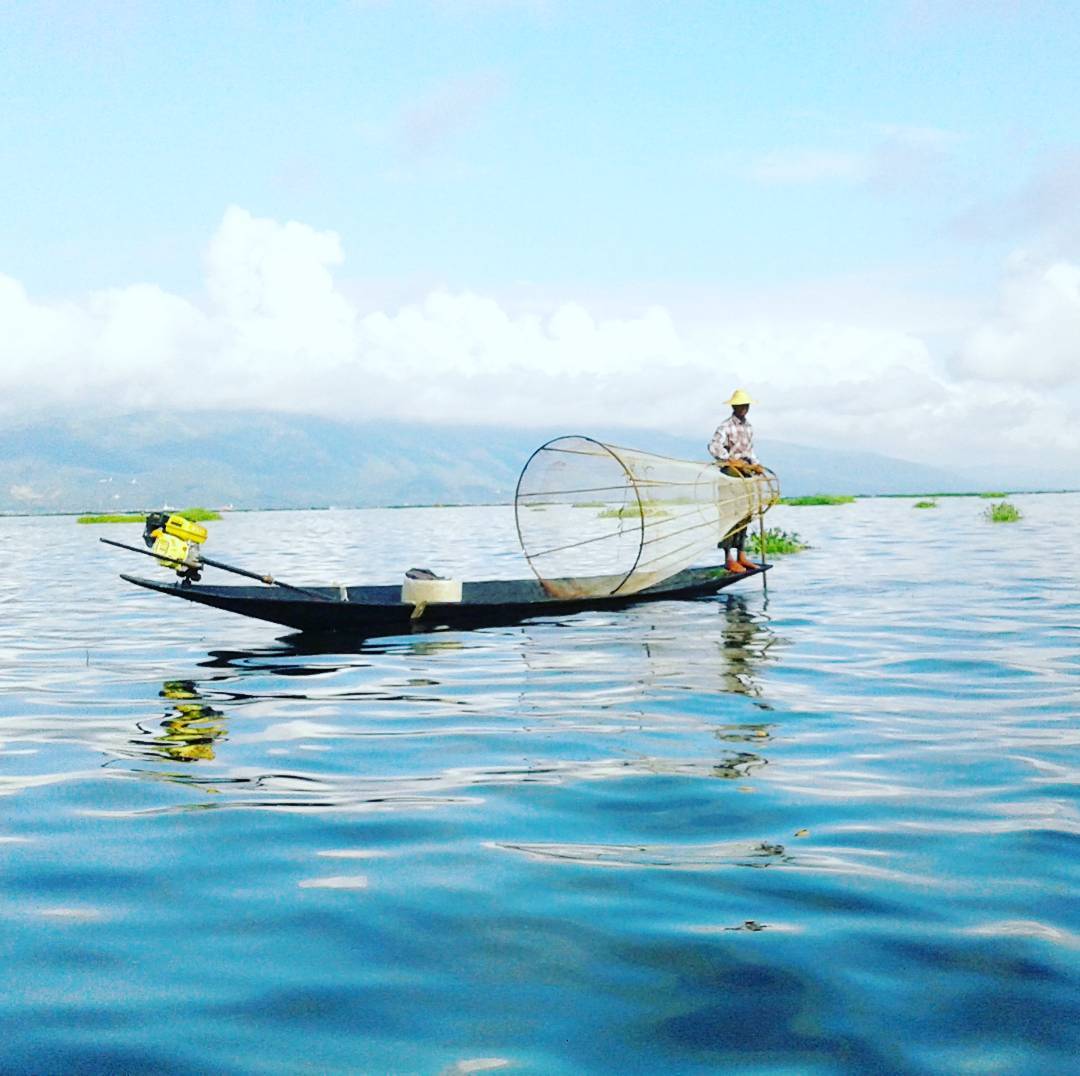 It’s not just about getting to your destination – it’s the journey that counts. Myanmar’s streets, waters, and skies hold so much that most of us haven’t seen or felt, and with it being so close to Singapore, it’s a wonder why we haven’t flocked to this beautiful, stuck-in-time country yet. Of course, travel costs within Myanmar may be cheap, but the airfare isn’t always as affordable.

Book your flight through specialised websites like flymya.com – they have the best insider knowledge of what you can do there. If you’re not sure what you want to do in Myanmar, Flymya also has tours for you to choose from here. Rustic doesn’t mean inaccessible, so take a chance, and go on an unforgettable journey you won’t regret.

Book your adventure in Myanmar here

13 Best Claypot Dishes In Singapore - Fried Porridge, Popiah & Frog Leg Steamboat
Newstead Is Letting You Trade In Your Old Tech Items For New Ones This Christmas