I’ve always been a huge fan of detective shows growing up. Having rewatched the BBC adaptation of Sherlock at least four times and even dabbling in detective animes, you could imagine my excitement when I received an invitation – nay – a calling to come and solve a Murder at Old Changi Hospital.

Thus, on a misty Wednesday morning, I put on my detective hat and set out with some friends to solve the mystery of a murdered canteen worker at Old Changi Hospital.

The entire experience is split into two parts: a 60-minute live escape room and virtual gameplay that you can complete at your own time and place. 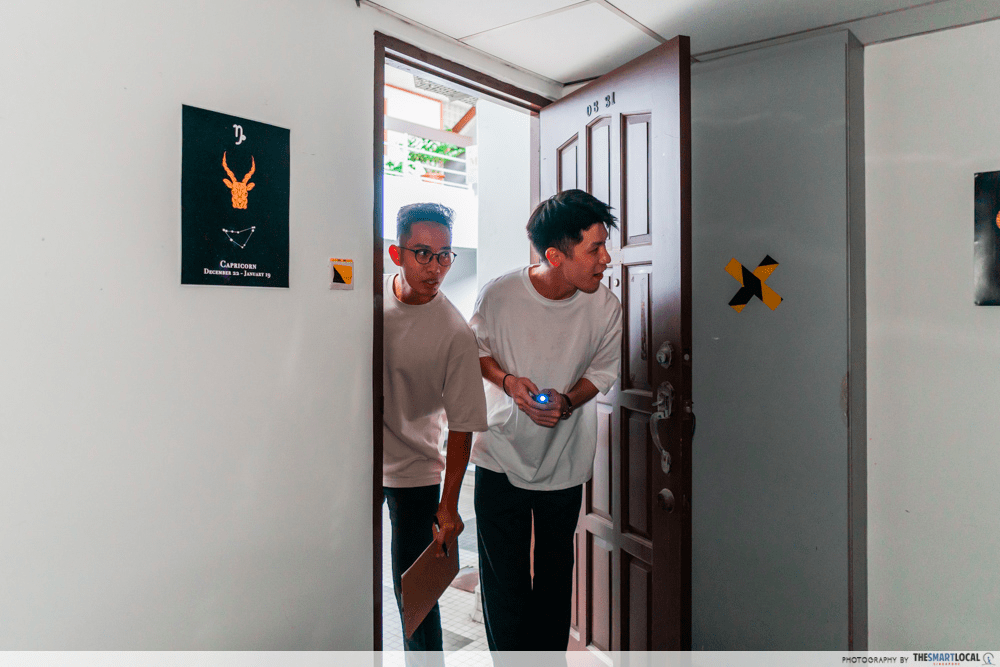 Before my friends and I were whisked away into a cold dark room fumbling around for clues, we were first given a briefing by one of the “investigators” of the murder case. Apparently, a canteen worker named Farah Aiyah was murdered 25 years ago at Old Changi Hospital. All four suspects were commandos who where related to Farah in some way – however, they mysteriously disappeared shortly after the murder.

It was now up to us to solve the cold case and help Farah’s spirit get justice. Fans of horror would be delighted to know that the story is set in the allegedly haunted Old Changi Hospital. As someone with ghost hunting experience, this didn’t faze me at all, and I was excited to get started on the case. 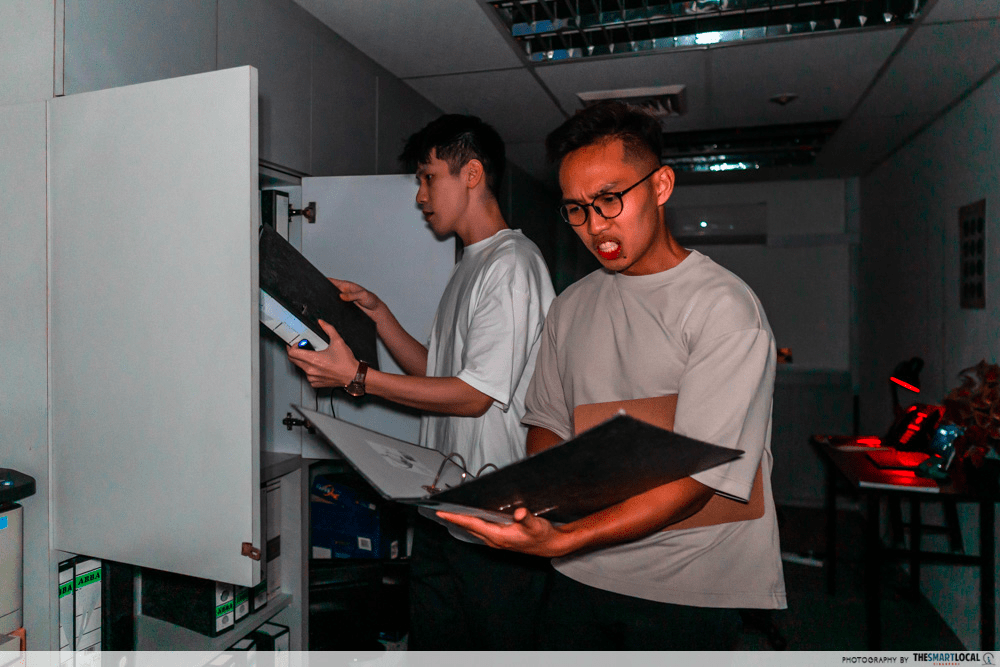 The first piece of the puzzle was finding out the combination to a locked cabinet. While my friends and I scrambled around the room looking for clues, the haunting background music along with the creepy Halloween decor gave even me, a self-professed paranormal expert, the chills.

You’ll definitely need to have a keen eye for detail, as most of the items in the room play a part in solving the puzzle. Tapping into my knowledge acquired from esteemed professional detectives Shaggy and Scooby-Doo, I suggested splitting up to look for clues in different parts of the room. Even with this strategy, the puzzles were no cakewalk. Without spoiling too much, having some knowledge on astrology will definitely help. 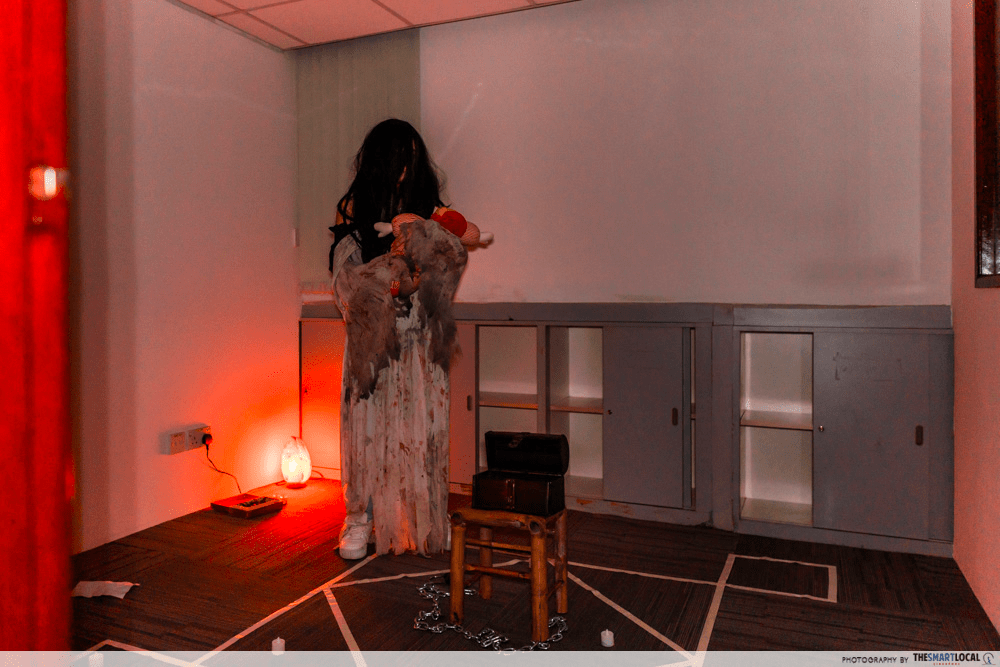 Throughout our little puzzle hunt, we could feel the “ghost” of Farah constantly watching over us.

One puzzle had us going into a “ritual room” with a spooky doll staring at us from the corner while we attempted to unlock a treasure chest. As we continued to follow the trail of clues, we finally arrived at the passcode needed to “unlock” the second portion of the live experience.

Find the murderer to put Farah’s spirit to rest

With the evidence we gathered from the “live” scene, it was time to enter the virtual portion of the escape room, which can be accessed via a laptop or desktop. 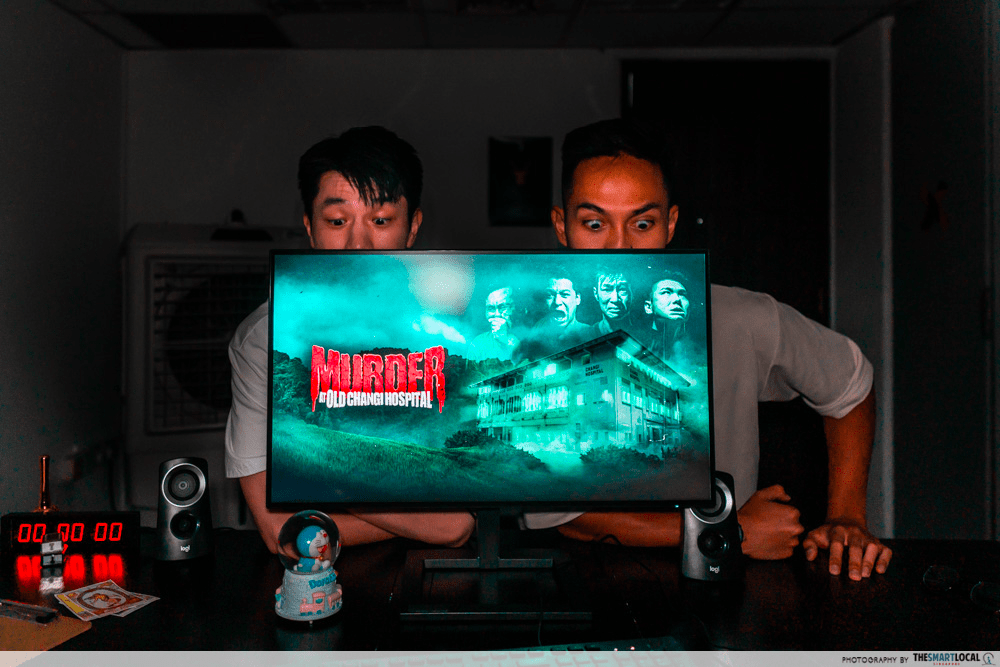 We picked up right where we left off, as we navigated the creepy hallways of the virtual decrepit hospital searching for more clues. Each clue gave us more insight into Farah’s relationship with the four commandos, and painted a picture of what could’ve happened the fateful night she was murdered. Throughout the game, there’s an inventory system for players to keep any clues found to review them when needed. There’s also a virtual walkie-talkie button which gives up to three hints for the entire game in case you get stuck. This proved to be a life-saver as there were moments that left us clueless and scratching our heads. 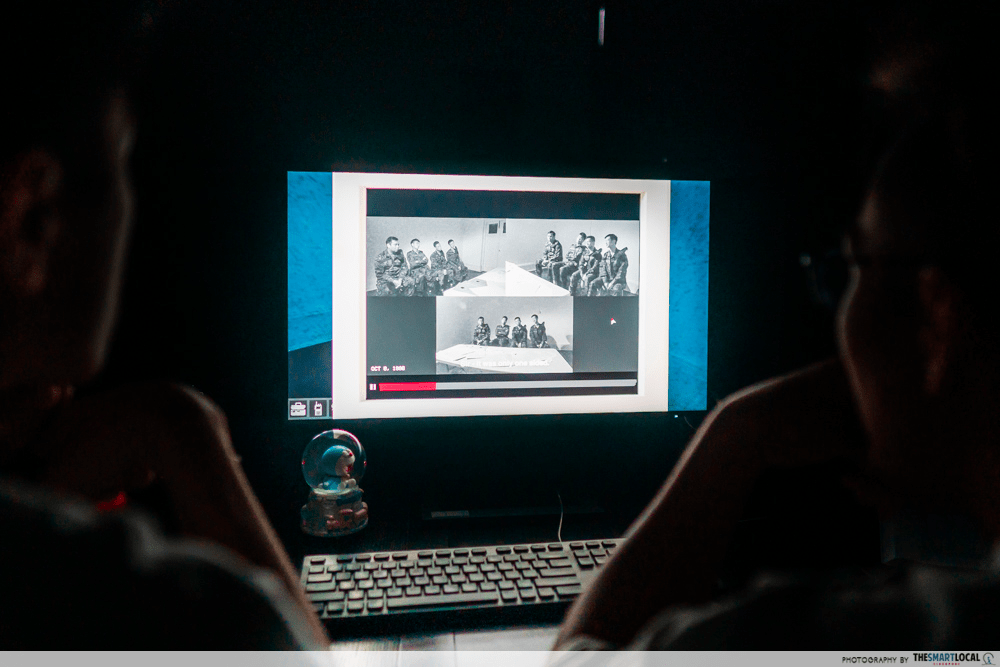 In this virtual segment, you’ll be presented with video snippets from the “past”, showing Farah’s interaction with the commandos. Each video is filled with twists and turns, and just as you think you’ve narrowed down the suspect to one of the commandos, a new clip will reveal additional information that’ll have you doubting your detective skills.

As for us? With all the clues on hand, we only had one shot at guessing the correct killer. Did we manage to catch the real killer and free Farah’s vengeful spirit? That’s going to remain a mystery of its own. 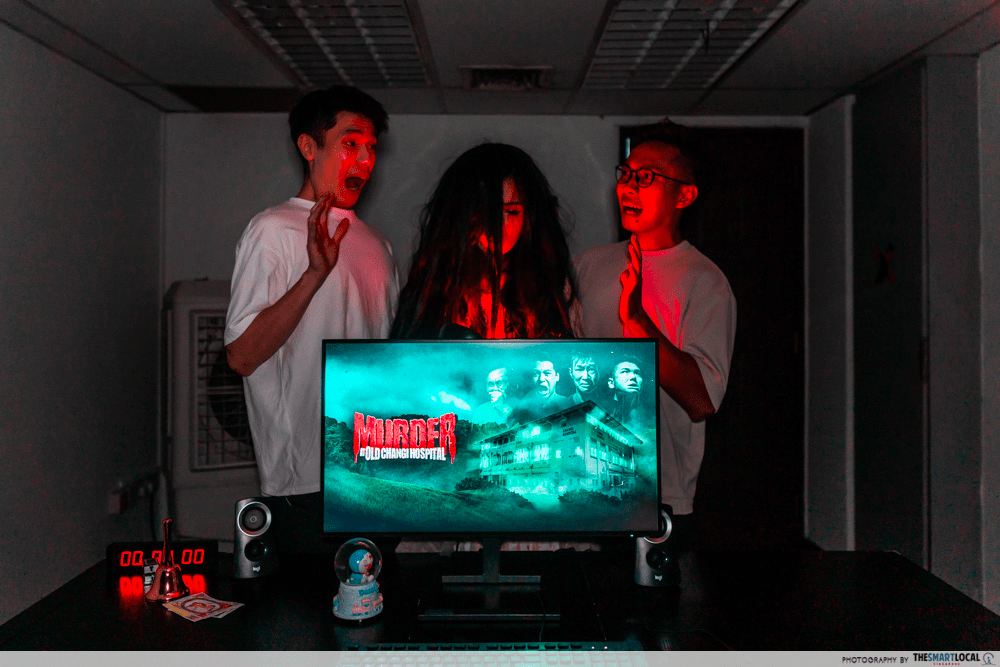 If you’re a fan of horror, mystery, and drama, Murder at Old Changi Hospital has a bit of everything to spice up the old escape room formula. This interactive adventure is organised by Sight Lines Entertainment, veterans of the theatre scene in Singapore.

Helmed by award-winning playwright Chong Tze Chie, the story alone will give you the chills. Coupled with the challenging but fair puzzles, it’ll definitely have you at the edge of your seat.

The LIVE experience can accommodate up to five pax per group, although safe distancing measures should still be followed throughout the duration. Sight Lines will also be having a special Halloween weekend promo from 29th October – 31st October 2021, where you can use the promo code “HALLOW30” to enjoy tickets for 30% off.

You can also opt for a virtual-only experience from now till 2nd January 2022, where you can enjoy the virtual portion of the escape room from the comforts of your living room. All you need is a laptop or desktop with a stable internet connection and the Google Chrome browser. Depending on the ticket tier, you can also receive up to two clues and a 10-minute extension.

With online play, there are no limits to the number of friends you can jio along. Simply purchase tickets for the number of players and follow the instructions on the e-tickets to join the same gameplay session. Since it’s online, each player can join from any location. The only caveat being each player will be on their own adventure, but you can still coordinate with each other via Discord or Zoom, or even in a socially-distanced LAN party.

For those who are looking for an activity to do with a group of friends, Murder at Old Changi Hospital is one that will definitely give you the creeps.

For other Halloween related activities, check out: 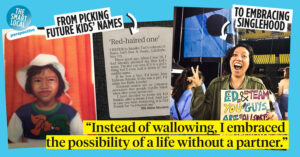 I'm 36 And I Don't Have A Boyfriend Nor Kids, And Why That's Perfectly Okay
You Can Now Download Unlimited Games & Loot For Just $2.99/Month, Like Ghostrunner & Genshin... 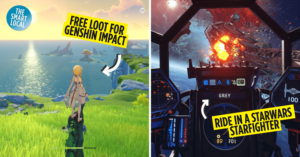