Think back to the last time you went on holiday. Where did you go and how long did you stay? Chances are it was a couple of days, maybe even a couple of weeks if you were really lucky. For David, it’s been 25 years, and it all started with a week-long trip across the world. Here’s how that happened.

Growing up in the US of A

If you grew up watching American television, you probably have a pretty strong impression of the US. Of course, one that’s coloured by the rose-tinted lens of Hollywood. While life for the average American isn’t nearly as glamorous, Hollywood does get a couple of things right. Backyard barbecues, driving at 16, the 4th of July, and yellow school buses, just to name a few. 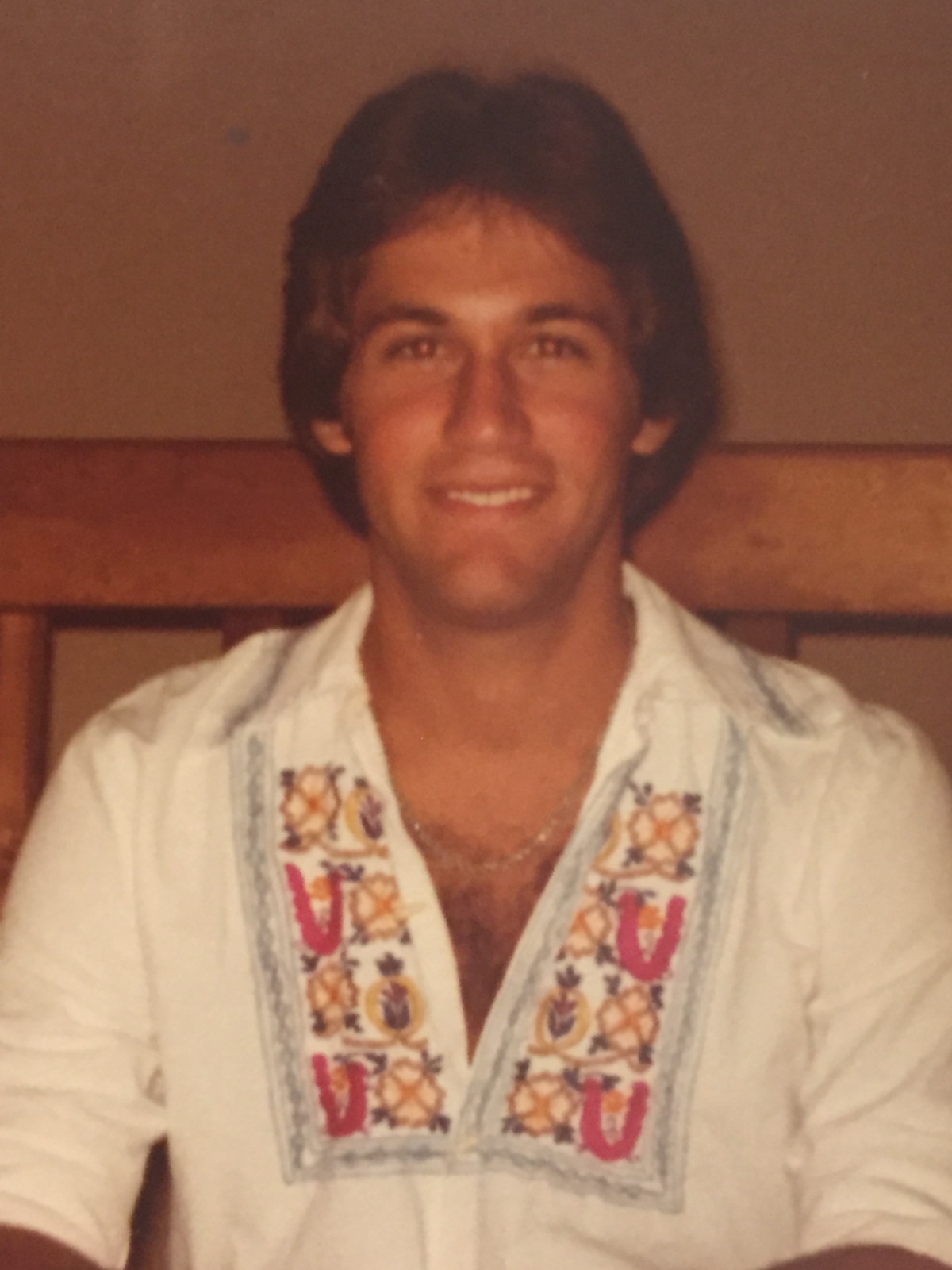 David grew up as American as you could be – born and raised in Miami, Florida. He spent most of his life not far from home; after high school, he even attended college and then law school just a couple of hours from his hometown. After law school, he did what any fresh grad would – got a job at a local law firm and began his legal career. 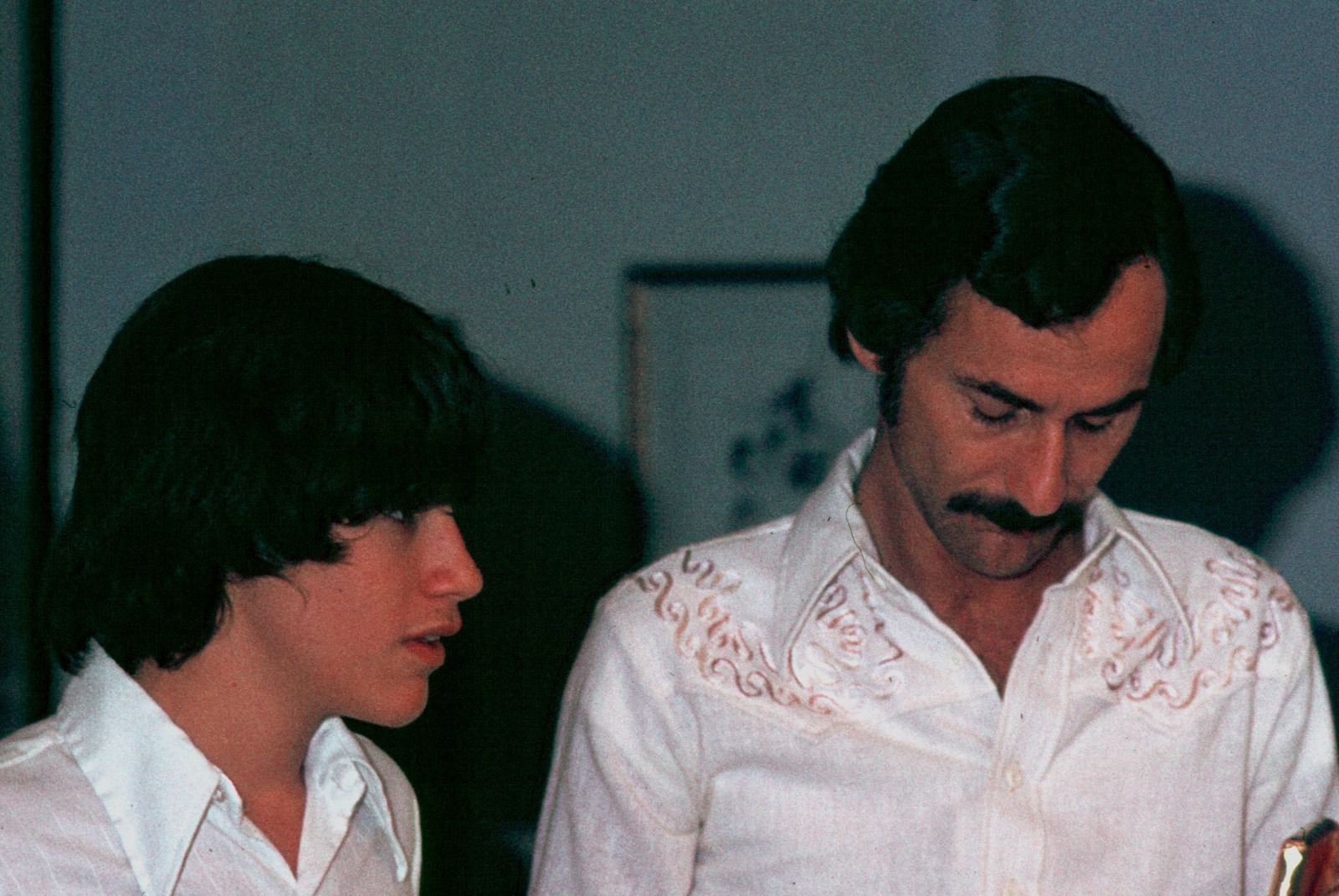 He was doing everything he was supposed to, really adulting. And he was happy. There really wasn’t much reason to leave. But since you’re reading this, you know that he did. It all started when he met a girl.

In his twenties, he travelled to a conference organised by a youth leadership organisation he was in. It was held in Honolulu, Hawaii and brought together senior members of chapters all over the world. Surprise, surprise, who else was in attendance but his future wife.

I don’t need to tell you which chapter she was from. But I can say that meeting her was the start of a whole new chapter for him.

Visiting SG for the first time

When David prepared for his trip to meet his new Singaporean beau, he packed only a small suitcase. After all, he only intended to be there for a few weeks. The year was 1998, and as we now know, he would soon find that to be hardly enough. 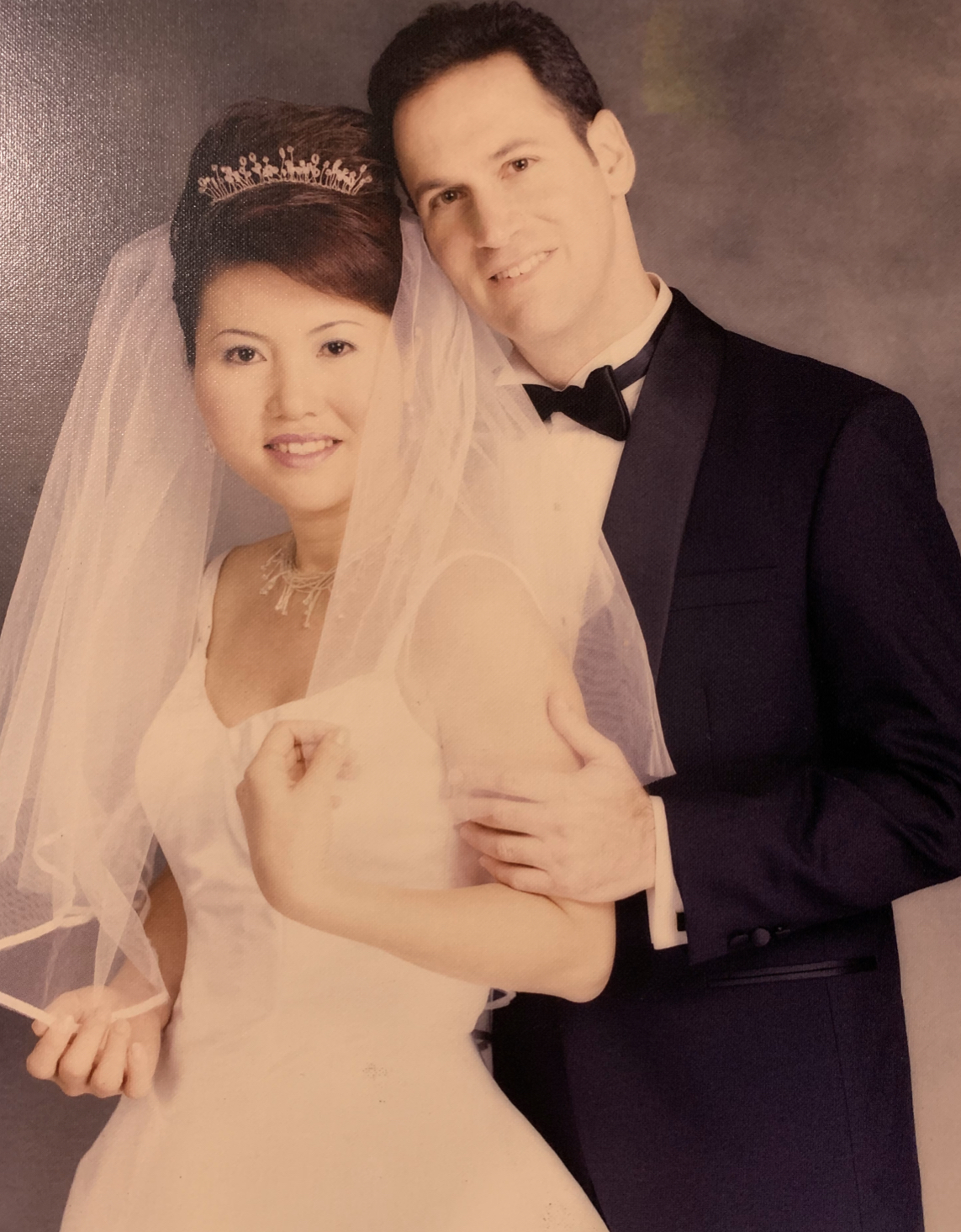 Coming to Singapore was the furthest he had ever been from home – prior to this, the longest flight he’d taken was to Hawaii. Describing his first impression of the country, the one word he kept coming back to was “different”, and here’s why:

It’s one of the densest countries in the world

Something that immediately stood out to him was how small the island was – this scarcity of land meant that, unlike the US, in Singapore, we built upwards. Families were a lot closer together, and there was nowhere you could possibly need to go that’d take more than an hour or two by car, even with rush-hour traffic. 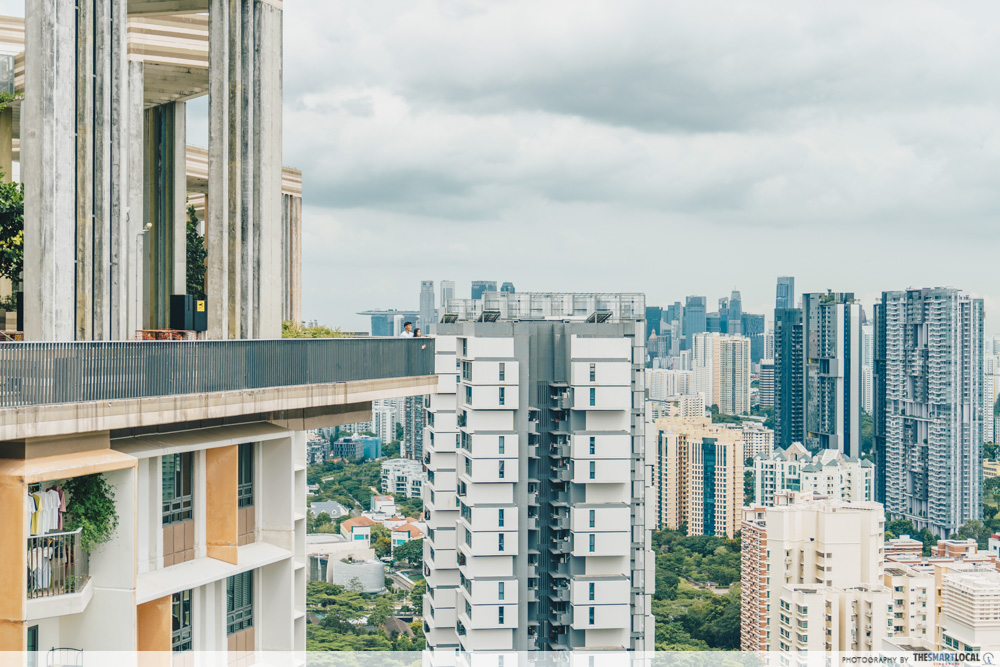 Being so small also meant that houses were a lot more cramped, and public spaces far more crowded. Where in the US people took pride in mowing their lawns, here, that wasn’t necessary, or possible, really. Instead of large, spread-apart houses, there were HDBs and condos, and in place of outdoor strip malls, he found indoor, multi-storey shopping centres.

There are 365 days of summer

And it was a good thing the malls were indoors, because the unrelenting heat was painful for him. The lack of seasonality meant that, unlike in the US, here, every day was summer. The Singaporean way of life took a lot of getting used to at first, but it wasn’t all difficult.

And lastly, it’s a “rojak city”

For starters, something he couldn’t help but marvel at was the diversity here, in every sense of the word. In Bukit Purmei, Tang Gah Beo temple is located right next to the Church of St Teresa.

Nowhere else could he ever have expected to see a Buddhist temple across the street from a Jewish synagogue, but there it was on Waterloo Street. The best part was that if he wanted to explore this multicultural-religious-ethnic rojak city, he could do so for a few cents on a bus. If he wanted to taste Rojak, he could do so too, just for a few dollars.

And he did, along with many other local delicacies. Having fresh, tasty food at such inexpensive prices meant that he could try everything, even those he’d never heard of before. He once tried chicken feet; not his thing. Still, there was plenty else that he liked. He may not have been into feet – chicken feet, that is – but he found himself obsessed with chicken rice. 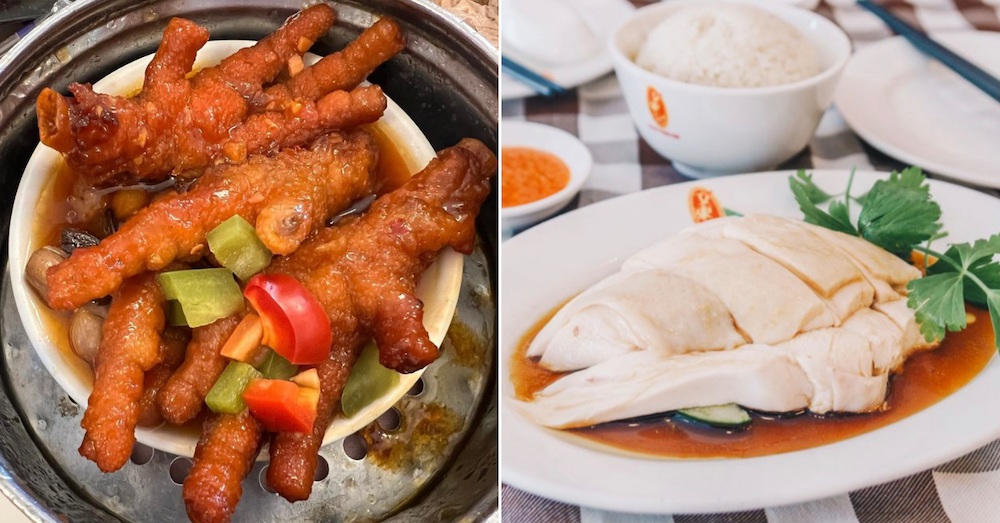 More than anything, though, he couldn’t help but notice that the place had heart. I mean sure, it was really different from what he was used to, but different didn’t have to mean bad. So he stayed.

Newton’s first law of motion dictates that an object in motion stays in motion. While primarily used in physics, it can be applied to people too. For David, this inertia meant that once he decided to extend his stay for the first time, it became easier to continue extending it after.

Honestly, it made sense to – things became pretty comfortable after the first couple of months. At work, opportunities were good. At home, his new wife’s family welcomed him with open arms. In his own words, “I was adopted into the culture, I didn’t have to go out and find people, they were just there”. 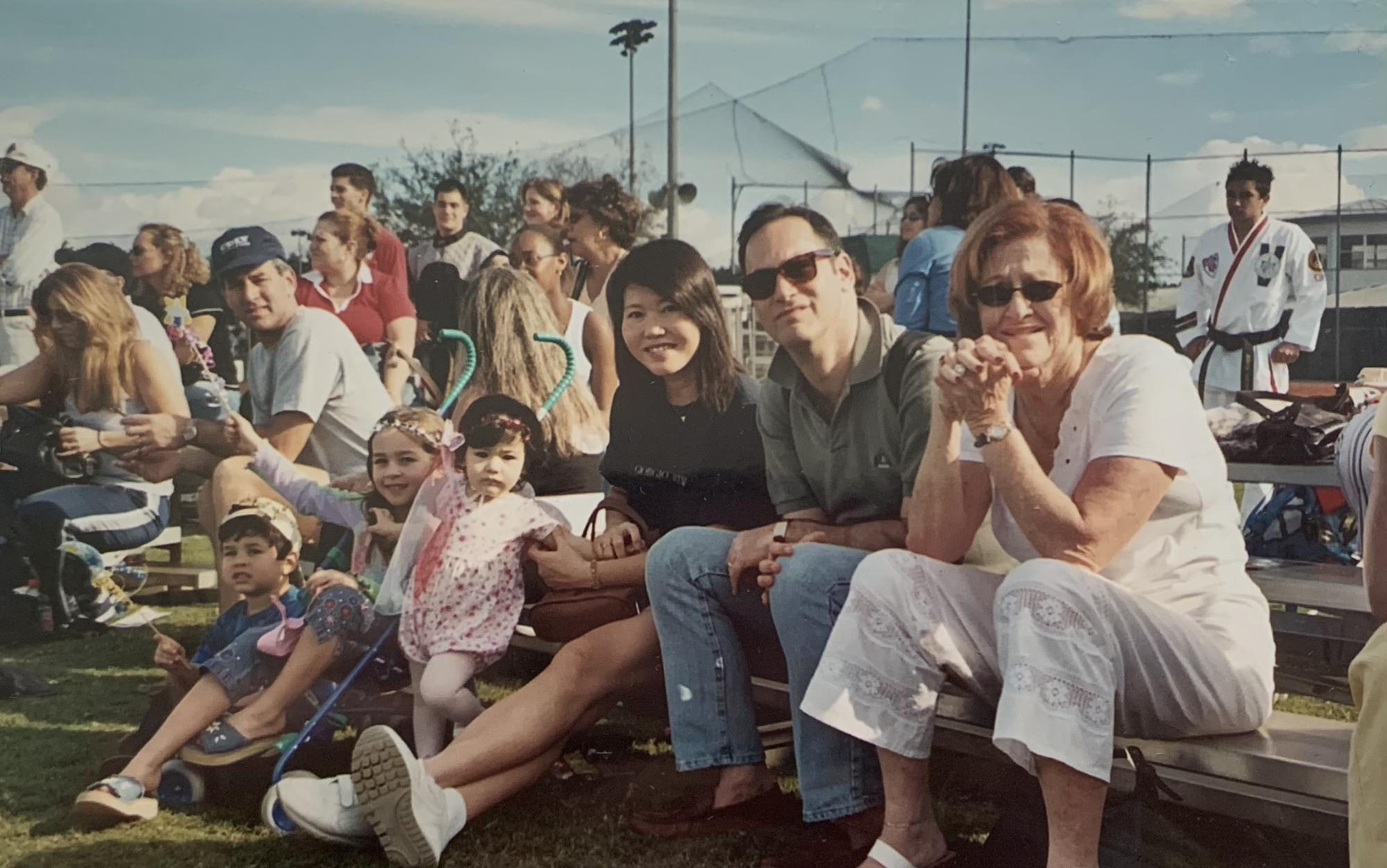 This social cocoon made it even easier for him to establish roots here. But while his ties here deepened, his ties to home loosened. It was the 90s, after all. There was no FaceTime or even Facebook to bridge the enormous gap between his 2 worlds, so it became especially difficult to keep up with friends and family.

Over time, he bought a home. Then, a car. It began making less and less sense to leave and more and more sense to stay. Above all though, what was arguably the greatest reason why he decided to stay was that eventually, he had a kid. If you haven’t figured it out by now, that little girl was me. I was born 6 years after my dad first arrived, and as I grew, my roots deepened. By the time I started school, it was clear that we were here to stay – it’s been 19 years.

In addition to valuing the quality of the education here, he also wanted me to grow up to be worldly and accepting of other cultures, especially my own. It was important that my Asian heritage wasn’t erased, but instead celebrated.

Lessons from establishing roots in Singapore

You don’t need to be a mathematician to know that 25 years is a long time. Heck, it’s a quarter of a century. It’s hard to live anywhere for 25 years and not have it change you in some way. For my dad, this change came in the form of worldliness.

The US is huge – the city of Miami alone is larger than Singapore. The thing about being so big, though, is that like attracts like. Living in any given town means being around people with whom you have a lot in common. Whether this means people of a similar ethnicity, class, or upbringing, chances are they’ll be a lot like you.

Cram everybody on an island and you’ll find yourself exposed to all sorts of people, who each hold different views and have lived different experiences. This multi-perspectival experience is something truly rare and precious, and is what makes Singapore unique. In that sense, then, what my dad has also gained is perspective.

As for whether he has any regrets about spending half his life away from home, the answer is no. Oftentimes, home is not where you were born, or even where you grew up, but rather where you feel the most connected. For my father, Singapore was the city where he bought his first house, the place where he grew his career, and the place where he built a life for his family.

And for me? I grew up in an environment where the people I meet outside who I call uncles and aunties, have no blood relation to me at all. I speak fluent Mandarin while my American cousins remain monolingual. This is my home, and I’m glad to have grown up here. So, if you ask me, he made the right choice. 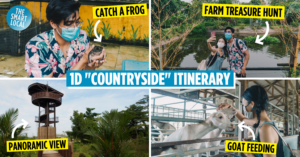 Guide To A Countryside Getaway In Singapore: 7 Rural Gems Accessible By $5 Shuttle
Museum Of Ice Cream Has 1-For-1 Tickets & 3,000 Free Scoops For Everyone This Sep