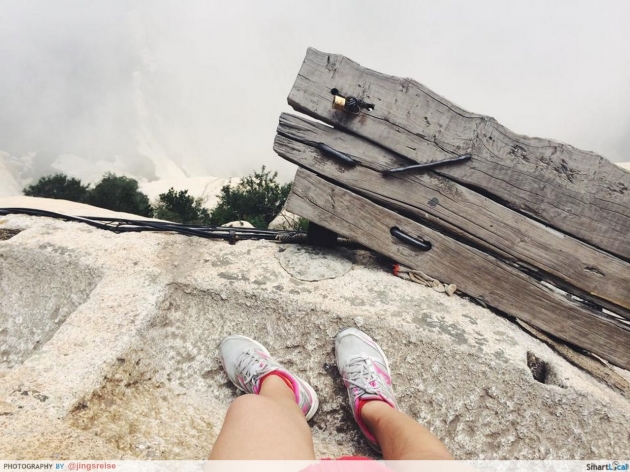 When Jing and I heard we were going to Xi’an, there was only one thing on our minds. It was to get to Mount Hua and cross the world’s most dangerous trail on a mountain. Alright, make that two things – Jing also had her mind set on visiting the UNESCO Terra Cotta Warriors. We were exhilarated, extremely eager to tick two things off our travel bucket list.

Mount Hua, located 120km (75 miles) from Xi’an City, is one of the five tallest mountains in China, standing at 2155m above sea level.

The Sparrow Hawk Cliff in all its glory 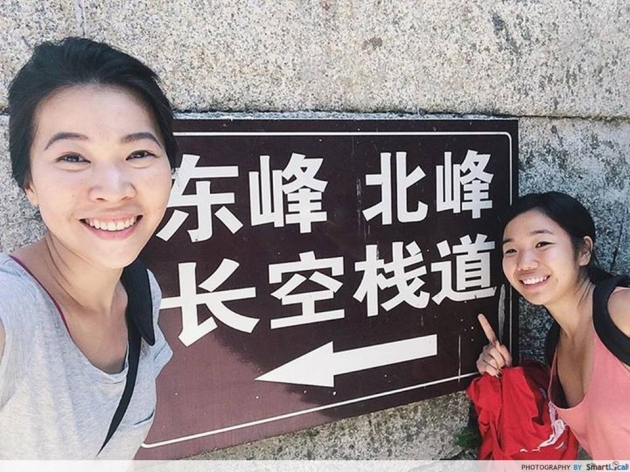 So we found the sign leading to the plank walk; it was now time to cross it!

More popularly known by the locals as a dangerous mountain for its natural vista of steep and narrow paths, the plank walk is not famed for nothing. For one, fatalities have occurred. That means a percentage of people who made it there stayed in the abyss of central China and did not make it back! It is a severely treacherous path of a few hundred feet, secured by dingy nails against a sharp cliff face.

To do the plank walk, you get nary a helpful demonstration. Instead, your tutorial for the plank walk is simply a second long demonstration on how to strap on a harness with low cost hooks – hooks you can find for a dollar in convenience stores here – and that’s pretty much it!

Jing is a much, much braver adventurer than I am. So I agreed that we would do the hike together, but I reserve the right to chicken out when we get to the plank walk. In the event that I indeed prove myself to be a wuss, I would await her at the starting point.

Do you see why it’s scary now? As if hanging by a thread, literally, is not scary enough, people go back and forth on that same tiny plank. You don’t get to walk beside someone, you get across them. Might this be the explanation for all the fatalities?!

TSL Tip: The plank walk might take more than 30 minutes one-way if it’s crowded. Our only advice – everyone else up there is probably as freaked out as you are. Just help each other out!

Getting to Mount Huashan

TSL Tip: Use the dismal morning traffic to your advantage and get some shuteye before the hike.

TSL Tip: This is where you need to get your camera ready! You’d want to snap at the mountain bends when the bus goes through the turns as it makes it way up to the terminal. 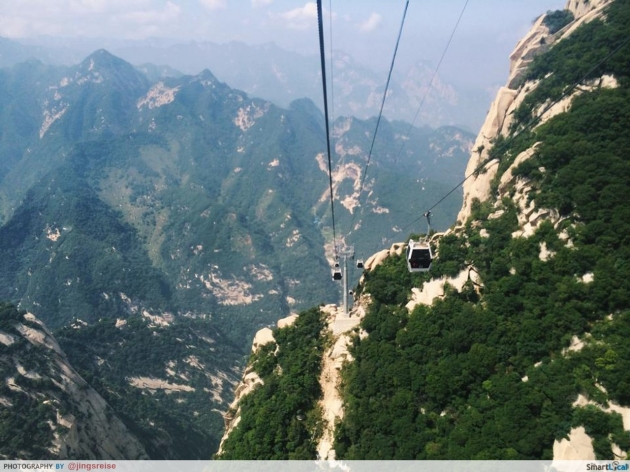 TSL Tip: LOOK ALL AROUND YOU! Fortunately, or unfortunately, this gondola lift doesn’t come with a see through floor. But the view you get when you inch slowly towards the top of the mountains will steal your breath away. Just ask Jing – the expansive panoramic view we were afforded daunted her a little bit. This is not for those with megalophobia.

We booked ourselves a private car but if you are keen on getting there via public transport, it wouldn’t be Mission Impossible as well. There are a few routes that you can take:

Although these neat paragraphs and the video have wholly captured our journey, what I found lacking is that these rob you of the first-hand experience; that indescribable feeling of having your heart leap to your mouth, as your feet remain firmly planted among the clouds. It was surreal, to say the least.

Thrill-seekers keen to challenge yourself on the world’s most dangerous trail are now able to fly with Scoot from Singapore to Xi’an directly. Starting from 15 May 2014, flights will depart from Singapore every Tuesday, Thursday and Saturday for Xi’an. 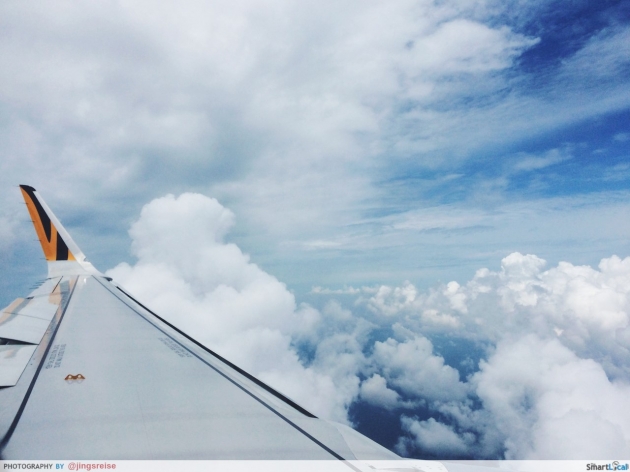 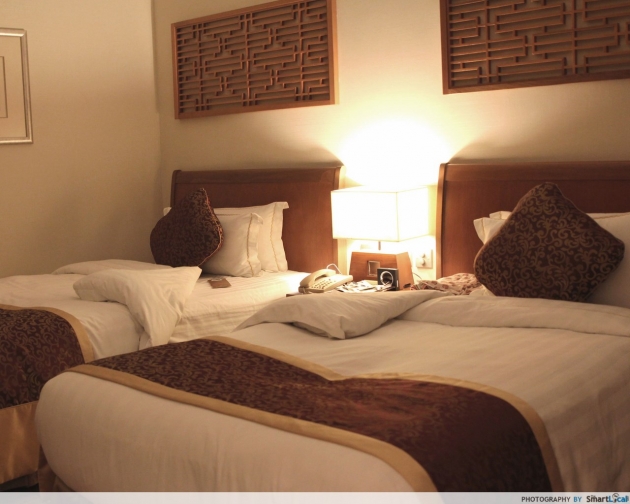 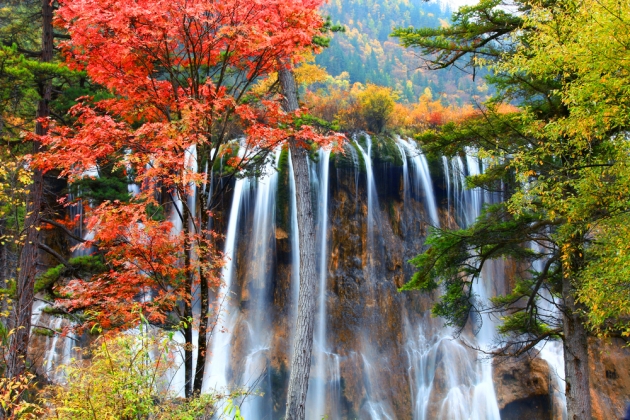 The 14 Most Breathtaking Places To Visit In China
Xi'an, China - Time Travel 5,000 Years in a Day 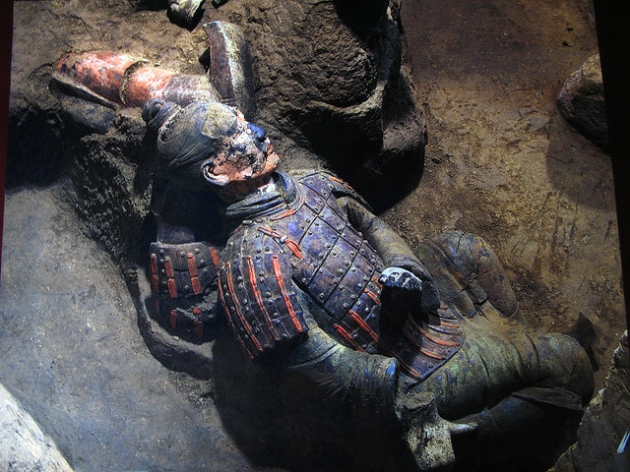