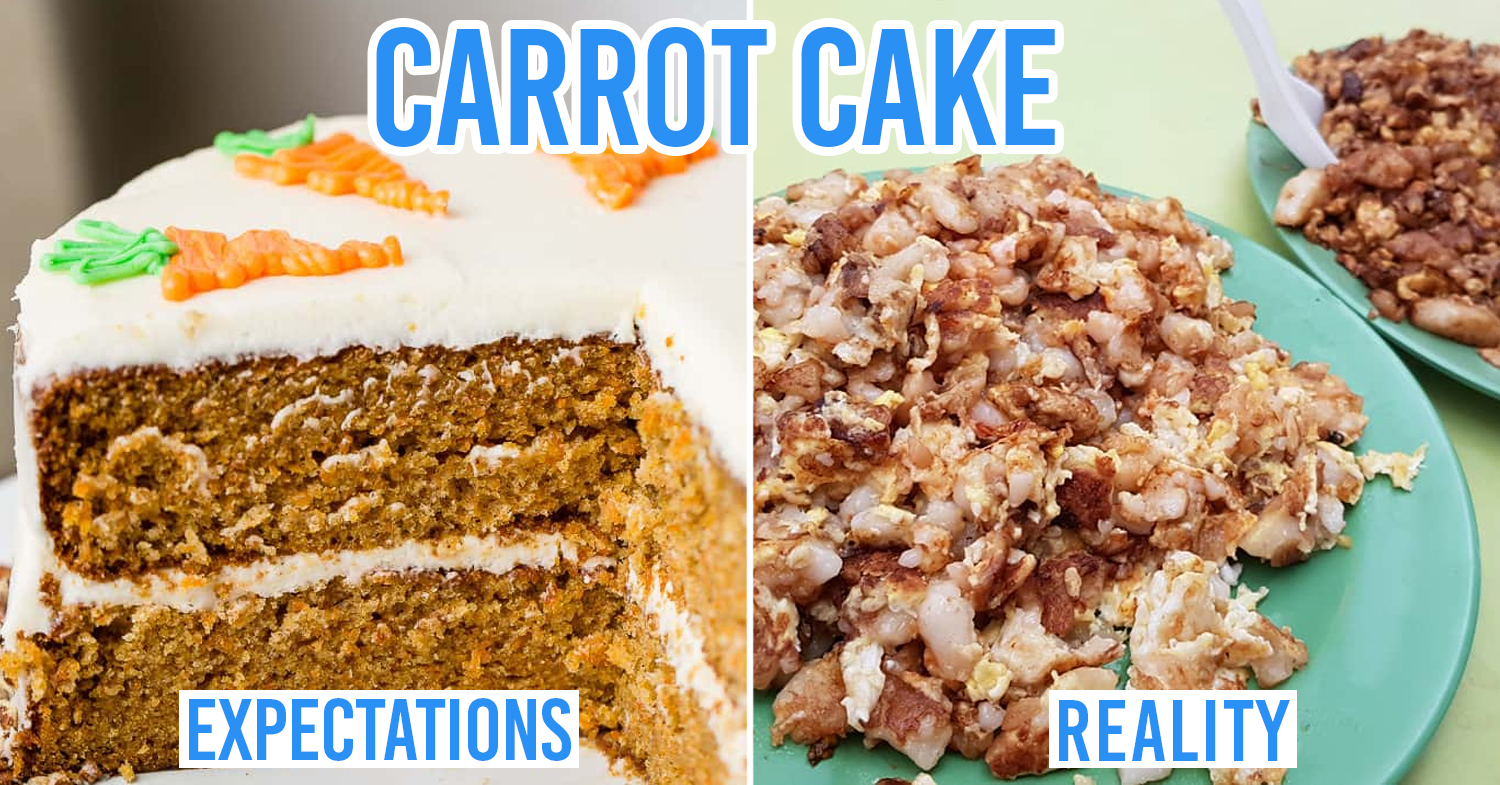 In the age of fake news, fake brands and fake friends, a strong smell of bull often fills the air. There are days where you feel the whole world is out to get you, toying with your feelings only to let you down. And it is in these moments where you retreat into the comfort of food. After all, “there is no love more sincere than the love of food”, right?

Well apparently not, for some of your favourite dishes are out to deceive you too.

With total misnomers, here are some of the most misleading food names you can find in Singapore, that show you’ve been living a lie your entire life. 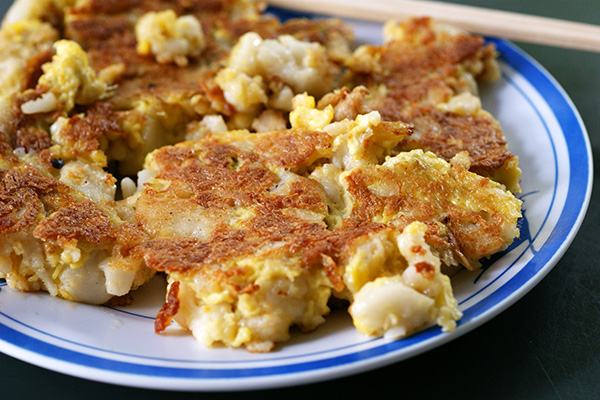 Unlike its ang moh counterpart, chai tow kway contains no carrots – at least not of the orange variety. It’s made up of cubes of radish stir-fried with garlic, eggs and chai poh (preserved radish), and is typically served either in seasoned with light soya sauce (white) or dark soya sauce (black).

As for its etymology, “chai tow” can be translated into both radish (daikon) and carrot. For some reason, the latter stuck, and we’ve ended up calling it “carrot cake” since the 1960s. Though “carrot cake” does sound better than “radish cake”. 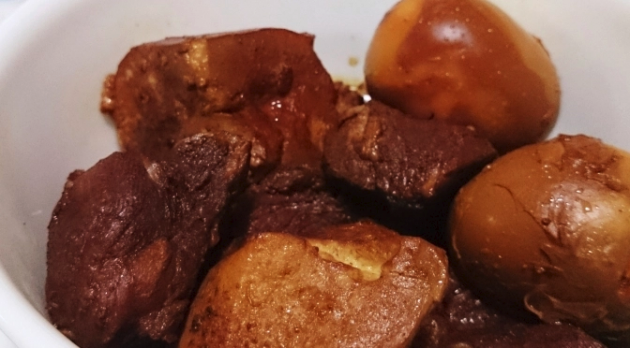 Since young, one of my favourite meals has been my Teochew ah ma’s lor bak. Classically made with pork belly, her version instead contained luscious and tender pieces of Twee Bak, also known as Pork Butt. 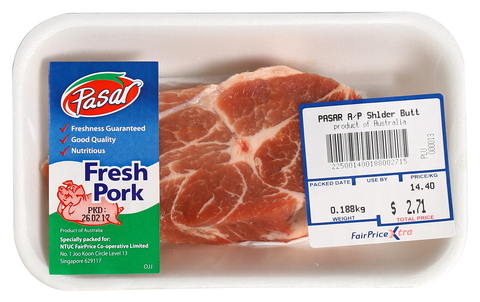 But this butt we speak of does not come from the rear end of the hog – it is cut from the shoulder instead. The pork shoulder weighs 12-18 pounds and consists of two portions: the butt, which is the upper portion of the shoulder, and the picnic, which is the lower portion. 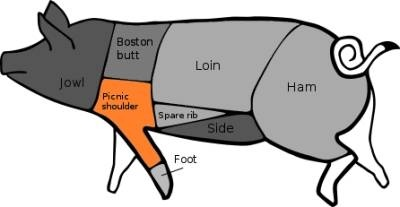 In fact, that slab of ham you eat every Christmas is much closer to the hog’s actual buttocks than pork butt.

They look like crab, taste like crab and sometimes even smell like crab. A staple of your YTF, laksa and California roll, these guys have been your gateway to experiencing the oft-expensive flesh of crustaceans… or have they?

Made of starch and finely mashed white fish, these processed “crab sticks” are also known as surimi, which is Japanese for “ground meat”, and are shaped and cured to resemble the leg meat of snow crab or Japanese spider crab.

While some do plaster the word “imitation” on their packaging, come on. Stop pretending to be someone you’re not. Be proud of who you are surimi!

Find out how your crab sticks are made through the video below: 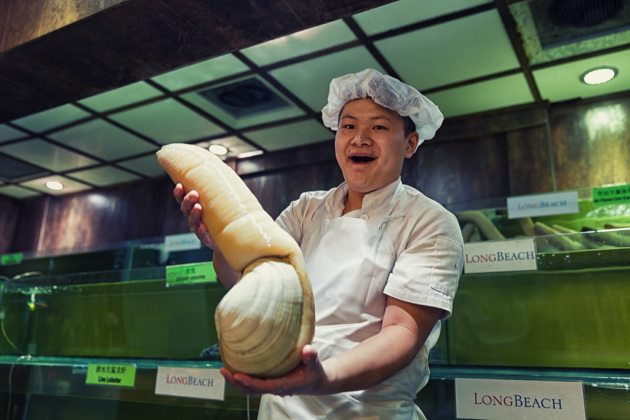 Geoduck, pronounced “goo-ey duck”, is a large, edible, saltwater clam with a rather, um, peculiar shape. A delicacy sold in several seafood restaurants in Singapore, the average price of a single geoduck is around a hundred dollars – the one sold at the infamously expensive dinner at Feng Shui Inn amounted to a whopping $1125!

Native to the Pacific Northwest, the name geoduck comes from the Nisqually Indian term gʷídəq, which means “dig deep.” – though “əq” also means “genitals”, perhaps serving as a double entendre. 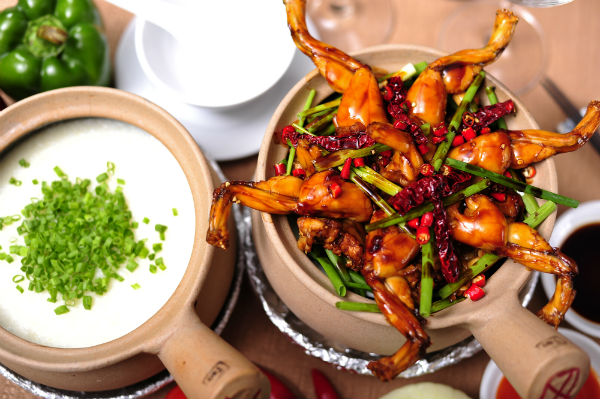 My first experience eating frog legs was an emotional rollercoaster.

2. Dinner arrives, and I am greeted by a plate lined with the appendages of an amphibian. Not so yummy.

3. Force myself to eat one of said appendages. Actually tastes a whole lot like chicken. Yummy.

While most locals should know well enough to discern between frog and chicken, it’s undeniable how much confusion the nomenclature can cause for the uninitiated. For those yet to try frog legs, they have a mild flavour, with a taste and texture similar to the chickens they are mysteriously named after in Chinese.

Not as much misleading as it is a case of blatant exaggeration, you can trust our ancestors to liken the feet of common fowl to claws of a phoenix. Hugely popular in Hong Kong and parts of China, chicken feet are prized for their high collagen content which improves complexion, hair and nails. 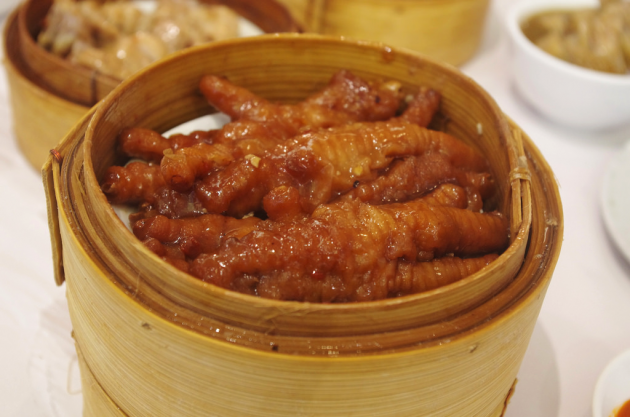 As with frog legs, chicken feet are divisive among Singaporeans to say the least. Delicacy to some and a nightmare to others, the reference to “phoenix claws” was to provide the dish a more appealing and regal sounding name since hundreds of years ago. But you can call it the “meal of the gods” and I’d still find it hard to ever stuff one of these in my mouth. Sorry. 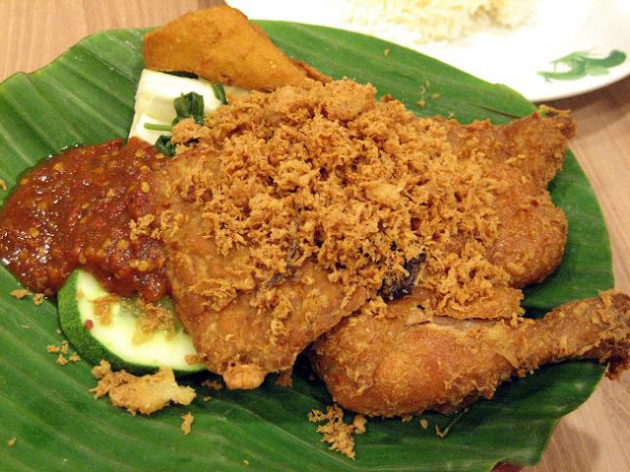 An East Javanese delight that has become a local favourite here as well, Ayam Penyet literally means “smashed chicken”. And often times, in Singapore, the dish comes with a sizeable chunk of chicken that’s completely intact.

But the traditional preparation method of the dish involves smashing the chicken with a pestle or the flat part of a chopper to loosen it up, sometimes even breaking it into several parts.

So when your ayam is served like just another piece of fried chicken outta KFC – well, it probably hasn’t been penyet-ed.

Few things in the world beat a bowl of piping hot Bak Kut Teh but where exactly is the teh?

Directly translated as “meat bone tea”, a typical bowl of BKT contains meaty pork ribs simmered in a pot of herbs and spices. Despite the name, there is no tea added to the flavourful concoction – for both the peppery Teochew style or the darker and more herbal Hokkien and Cantonese broths. 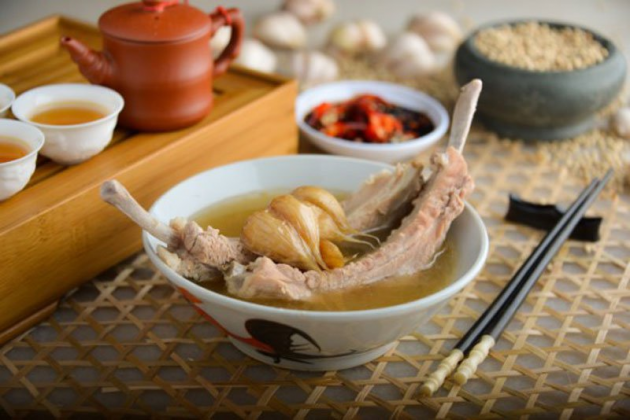 Instead, the “teh” refers to the oolong Chinese tea, usually served alongside the soup in the belief that it dilutes or dissolves the copious amount of fat consumed in this dish. So don’t embarrass yourself by saying “I want more tea” the next time you ask for a refill of your BKT!

The language of food

While knowing the difference between geoduck and duck, carrot cake and carrot cake or the true meaning of “field chicken” can help you look less of a goon in front of your friends, one thing’s for certain – you don’t need to know what you’re eating to know it’s good.

And though the food we enjoy is from a rojak of various cultures, our language of food is universal; anyone can bond over a good meal together, and it’s truly wonderful how rich Singapore is in food diversity.