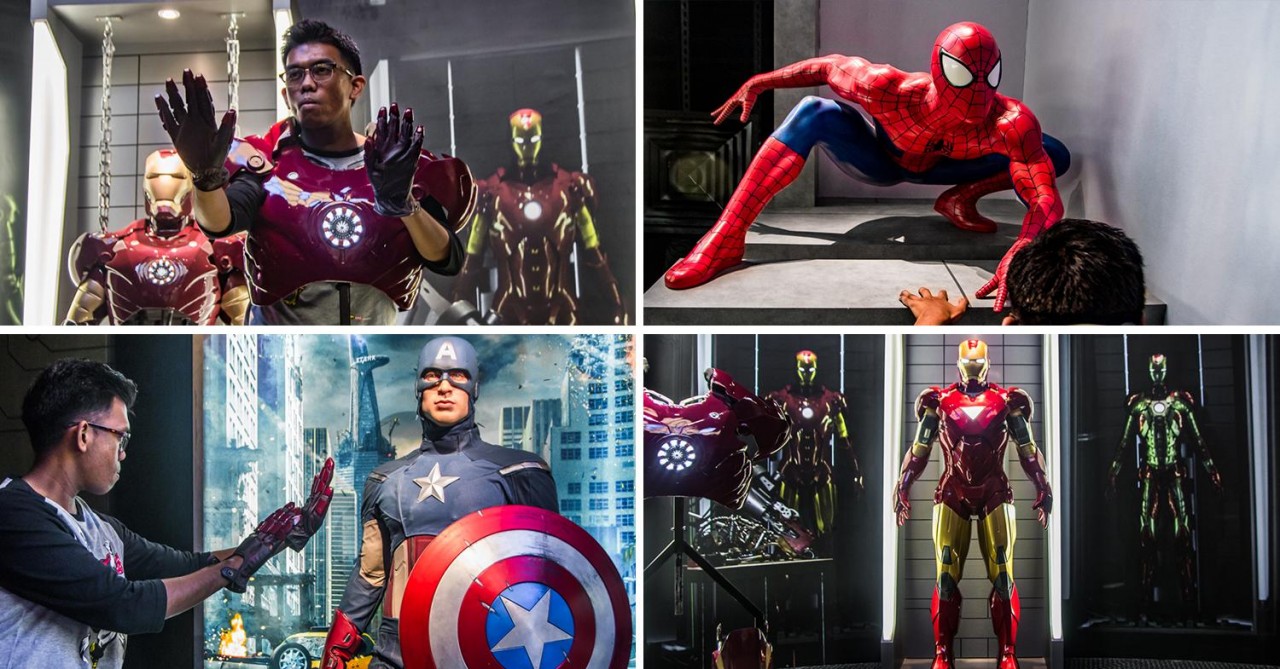 Although Avengers: Infinity War will only hit our shores in April next year, that doesn’t mean local Marvel fans have to wait until 2018 to catch Iron Man, Spider-Man and Captain America, all in one place.

Head to Madame Tussauds and marvel at their latest permanent fixture, the Marvel 4D Experience, an interactive exhibition with life-sized figures of your favourite Marvel heroes followed by a 4D film featuring the Avengers themselves.

Here’s what you can expect at the exhibit: 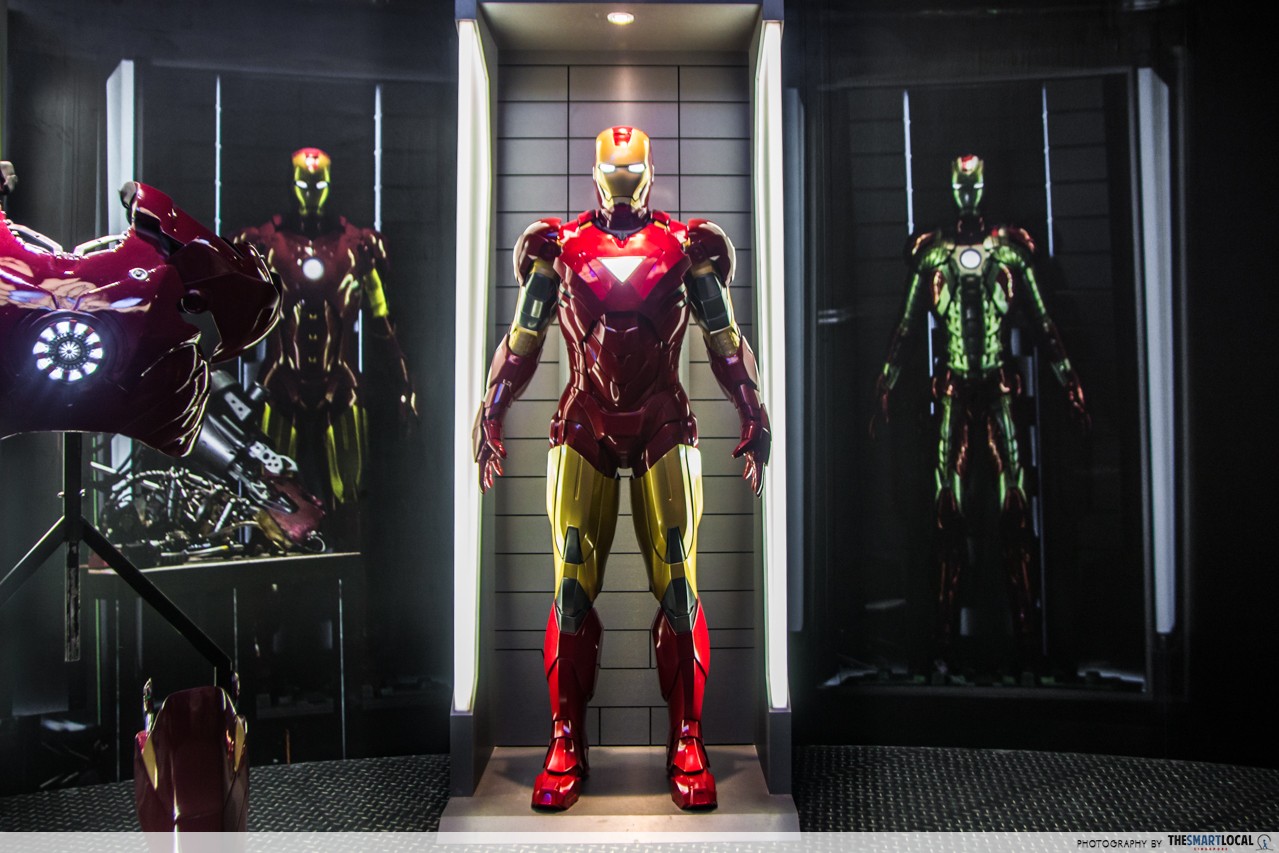 Step into the Marvel zone and the first person to greet you is the “genius, billionaire, playboy, philanthropist” himself, Iron Man. The figure stands at 2 metres, with the strong backlight giving the armour a glorious sheen that pops when you’re taking photos. 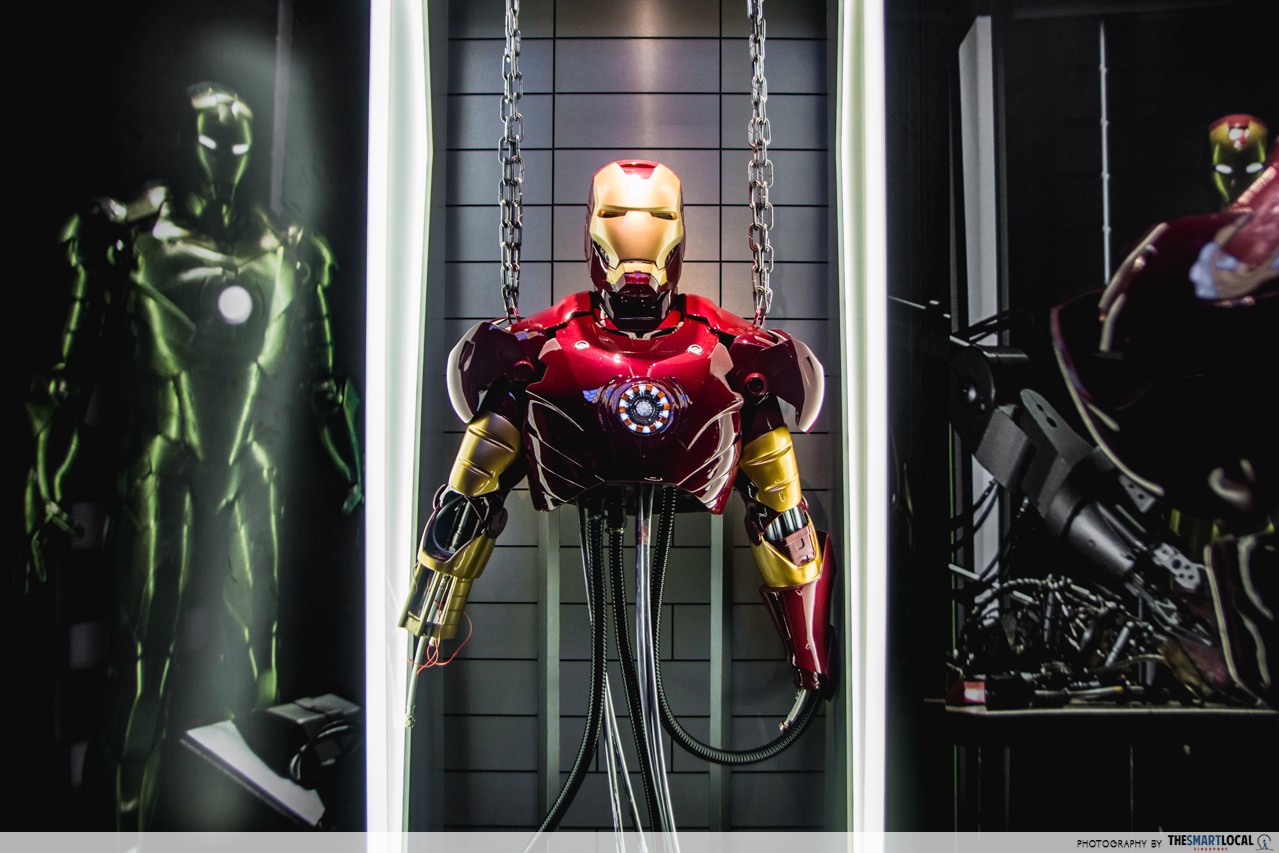 And if you’ve always wondered what it’s like to “put on the suit and go for a few rounds”, here’s your chance – right in the middle of the exhibition is an Iron Man chestpiece which you can slip on and live out your Tony Stark fantasies. 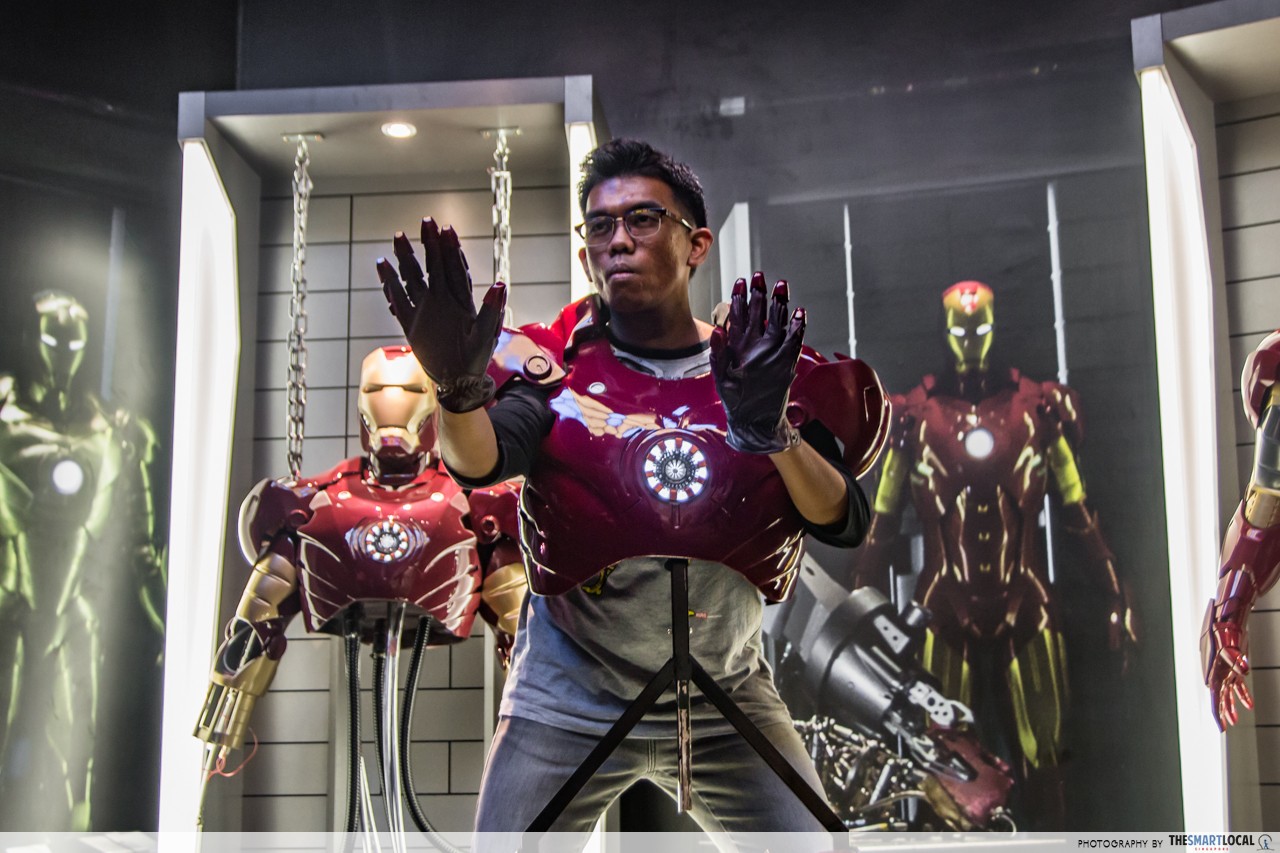 Take a look overhead across from Iron Man and you’ll find your friendly, neighbourhood superhero, Spider-Man, perched atop a skyscraper overlooking the Singapore skyline, waiting to catch bad guys. There are a multitude of great photo opportunities, from pretending you’re dangling off a building to reenacting the upside-down kiss from the first movie. 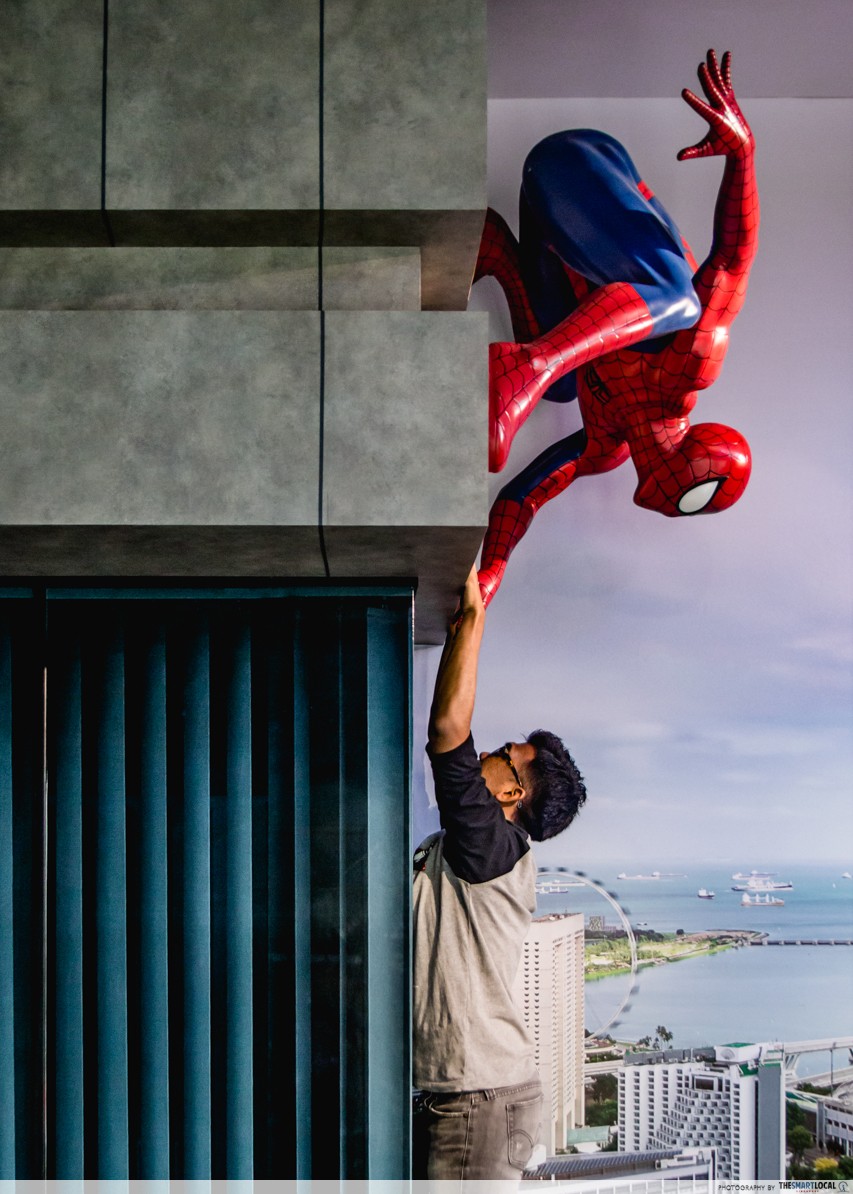 Don’t worry about the figure falling onto you as it’s nailed shut to the wall and is super light, weighing at 25 kg due to it being made from fibreglass. 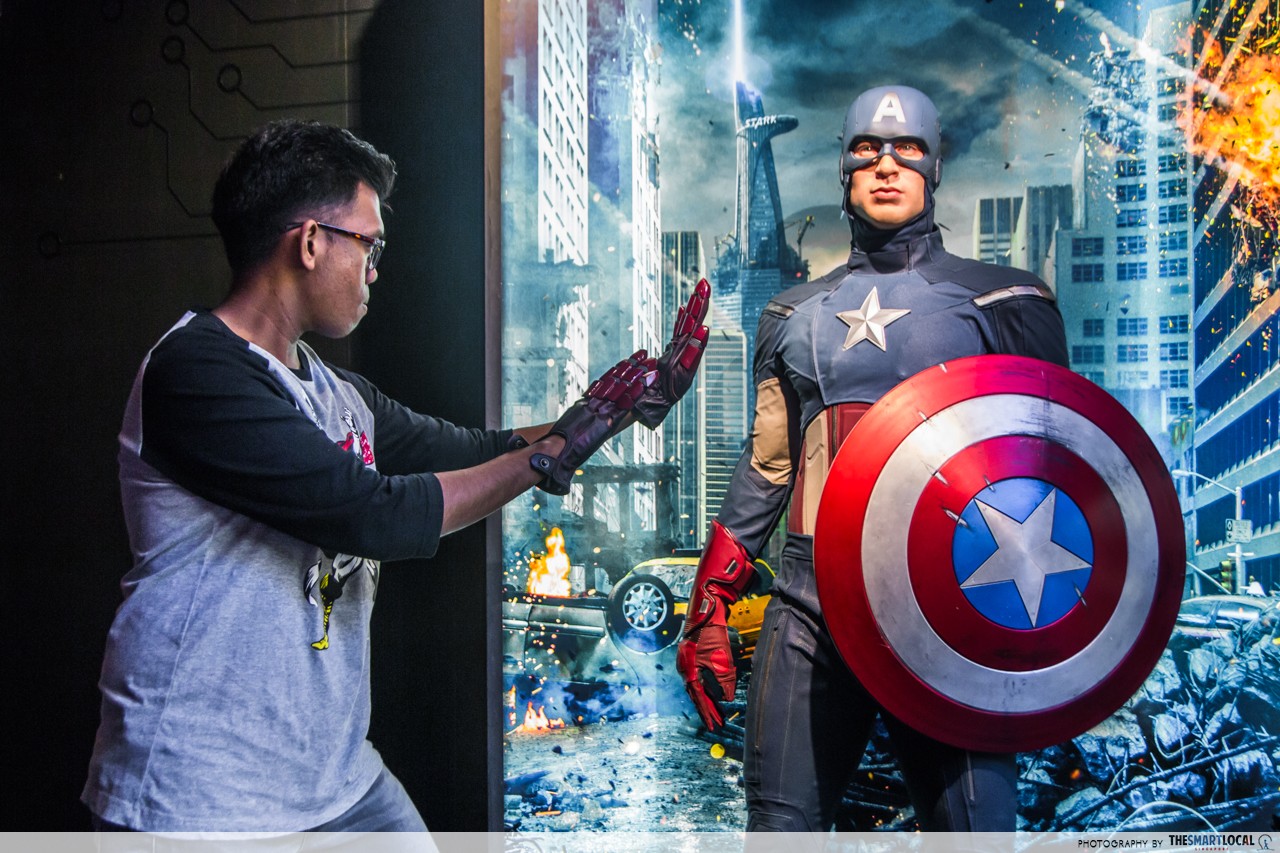 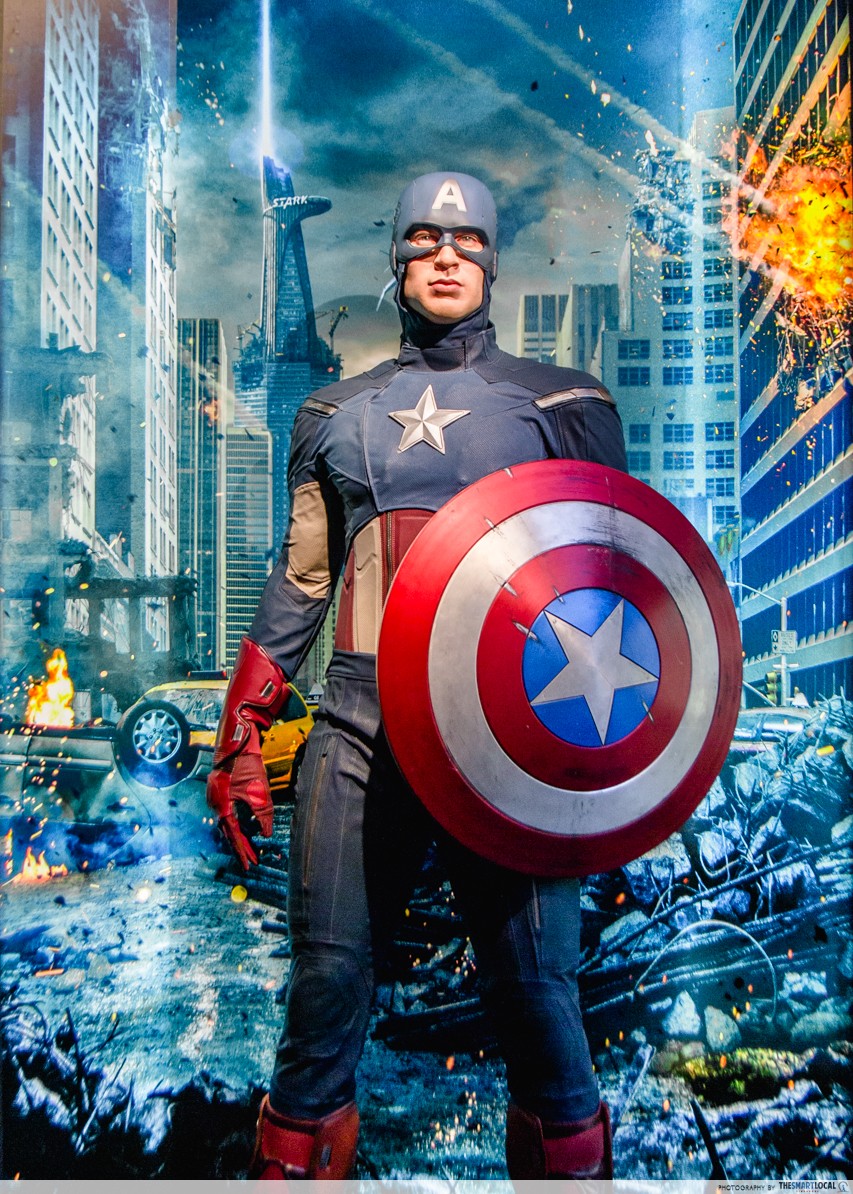 Near Iron Man you’ll find former friend-turned-rival, Captain America, who’s decked out in his outfit from the first Avengers movie. Assemble your squad for a pic that puts you right against the backdrop of the Chitauri invasion. 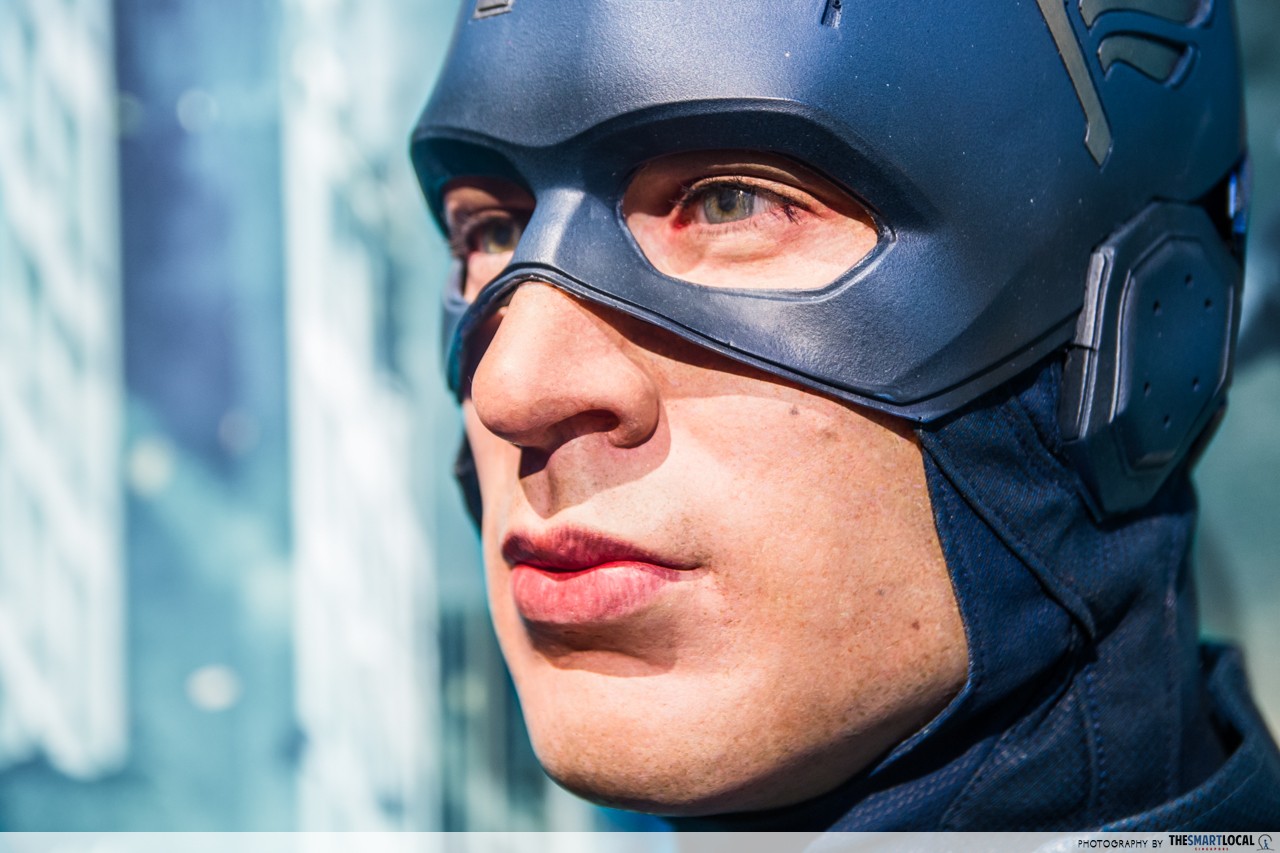 What’s amazing about this figure is the great attention to detail – check out Chris Evans’ likeness, from his chiseled jawline to his piercing blue eyes. Fangirls who can’t make the trip to Hollywood, you know where to get the next best thing.

After you’ve revelled in the company of your heroes, head to the auditorium where the 4D part of the Marvel 4D Experience comes in and feel like you’re really part of the MCU as you catch your heroes on the big screen.

Without spoiling too much, the movie is about the Avengers banding together to stop a dastardly plot by Doctor Doom and Loki. You’ll see familiar sights like Gardens by the Bay and Marina Bay Sands in the movie.

Some of the 4D effects you can expect are winds, bubbles and water spurts.

Note that the ride may not be suitable for those with heart conditions and epilepsy. 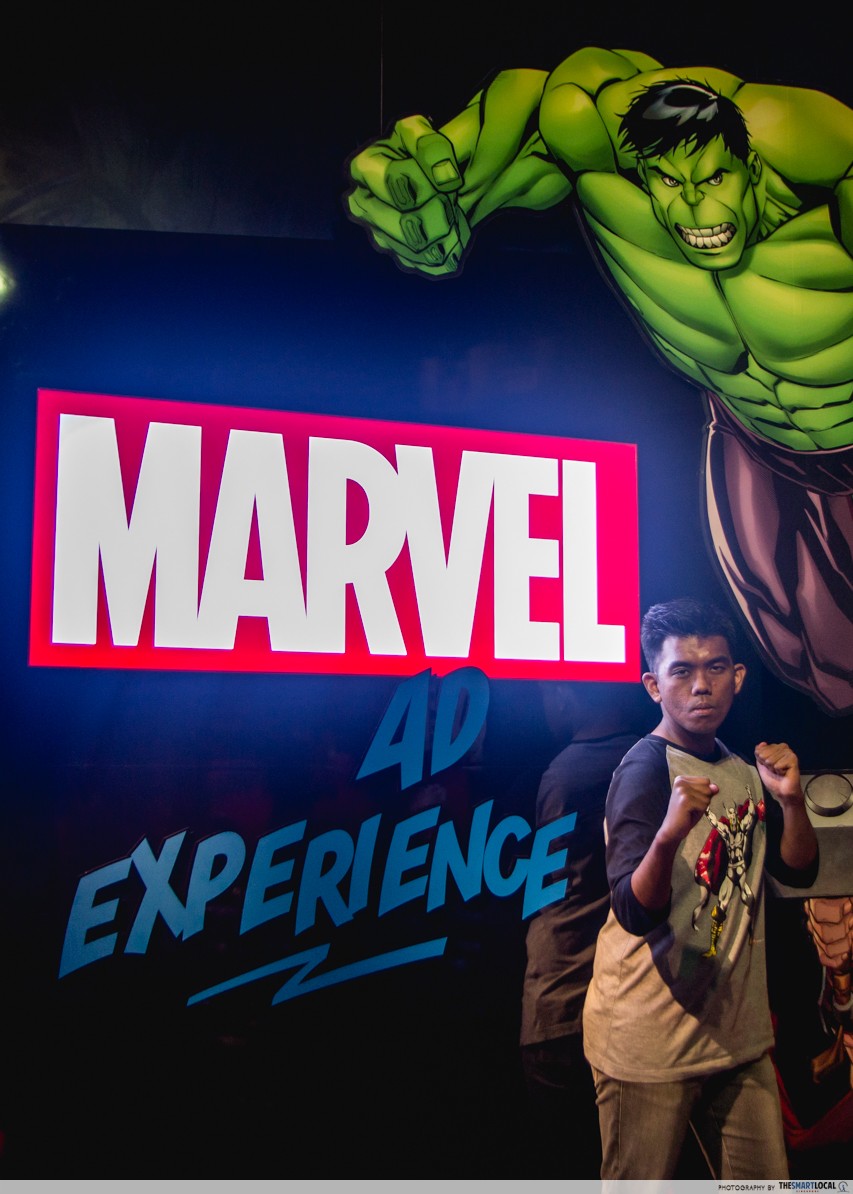 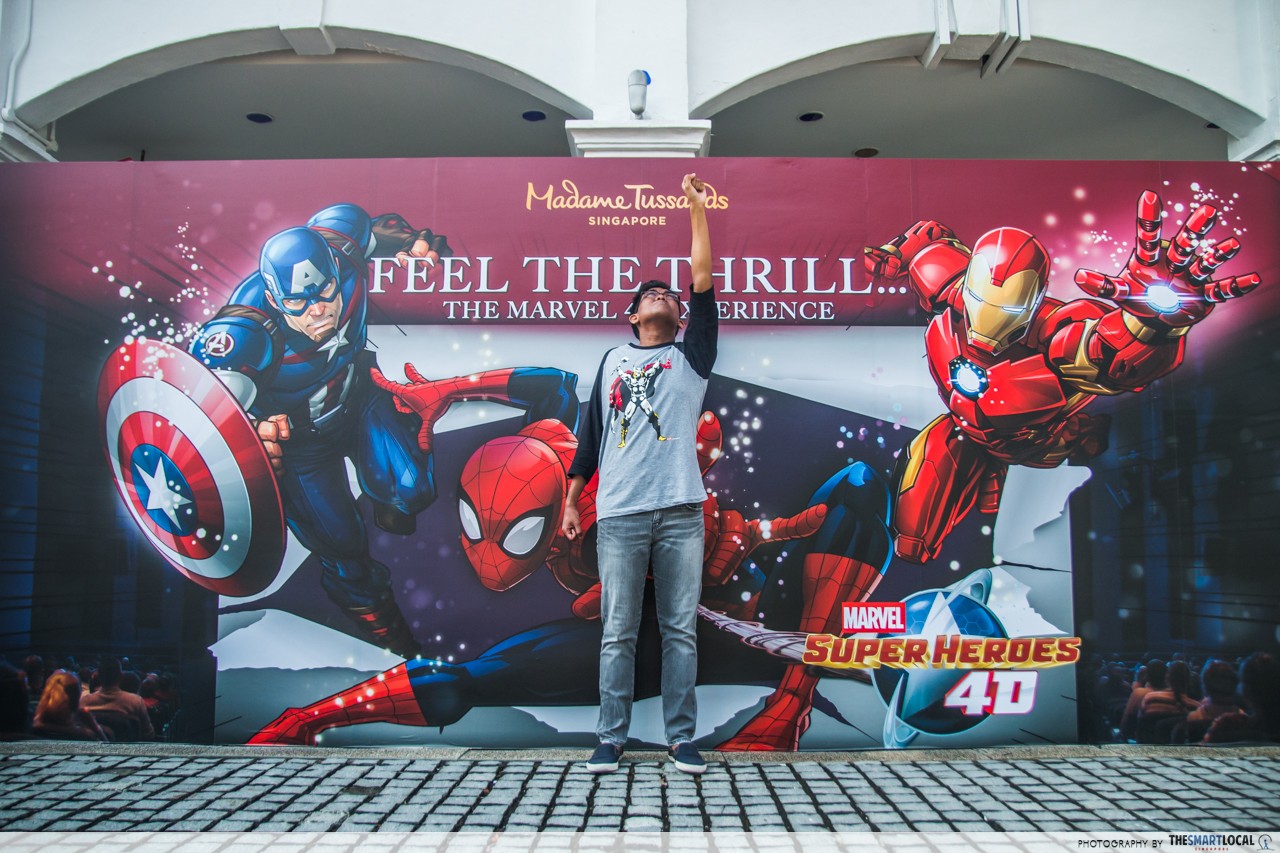 From the first time Tony Stark suited up into Iron Man to the climatic fight scene in the Avengers, Marvel movies are filled with iconic scenes that resonate with many people due to their relatability, humour, and depth.

This post is brought to you by Madame Tussauds Singapore.

Prata Wala Was Founded By A Singaporean Chinese Who Grew Up With Indian Food
YOTEL Singapore - This Futuristic Hotel In Orchard Has Airplane Cabin-Themed Rooms & Guest Service...