How I improved my marriage in Singapore

I used to have a self-help books phase in secondary school. Chicken Soup For The Soul? Drank. 7 Habits Of Highly Effective People? Checked. All of these were nestled lovingly in my non-dusty bookshelf.

But as I grew older and became more cynical, the self-help genre was something I no longer looked to for answers. Instead, Google Search and IG’s poll function took its place, because why dig into a whole book when you can get answers to Life’s Hardest Questions online?

That is, until I got married. As a newlywed for about 5 months, I was eager to conquer this whole new territory like a boss. And because I didn’t even know what to type into the Google Search Bar to help myself, I fell back into my nerdy ways and decided to read a self-help book.

In particular, Richard Templar’s best-seller, The Rules Of Love for my marriage.

In it, Templar simply states 100 simple rules to improve your love life. As a millennial who basically grew up on bite-sized listicles, it sounded easy enough to apply. With an unsuspecting husband in tow, here’s how I applied THE RULES to my life for a week, and my biggest takeaways and marriage tips:

1. Speak to your spouse like the client you’re trying to impress

Let’s just get this out of the way – Singaporeans can be a rude bunch. Especially in long-term relationships, I’ve observed many lovey-dovey couples speak to each other rudely over time, especially when they’re in a bad mood.

This is likely due to 1) comfort level and 2) proximity. And I was guilty as charged, too. Especially when I had a bad day at work, was hangry, or tired AF at 1AM.

Instead of asking my husband to put away the Nintendo Switch nicely, my default mode was rude-and-efficient Singlish: “Eh, can put the game away, anot?” 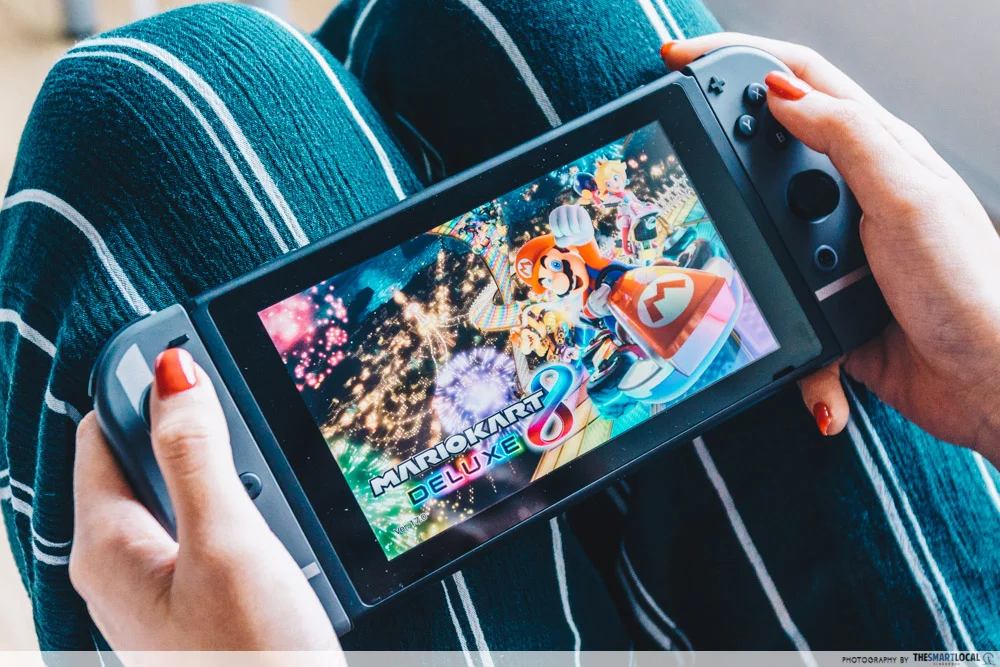 But The Rules challenged this by pointing out the simplest rule of all “Be Nice”.

The argument: if our friend or boss walked through the front door, we’d miraculously find the energy to be nice and entertain them. Now, why couldn’t we give that same VIP treatment to the VIPs of our lives?

With that in mind, I tried to apply the “work client” rule when speaking to my husband. Would I speak the same way to an important client that I was trying to impress at work? Probably not.

The husband was first suspicious of my motives when I liberally said “please” and “thank you” in our daily conversations. After a few days, though, he subconsciously reflected that nice attitude back to me. I could get used to this.

2. Make an effort to dress up

My feminist bells start ringing when I stumbled upon the book’s Rule No.38: “Never stop trying to be attractive.” After being exposed to a million songs about how self-worth should not be tied to looks, I was wary about being asked to turn into a 1950s housewife whose only job was to look pretty for her husband. 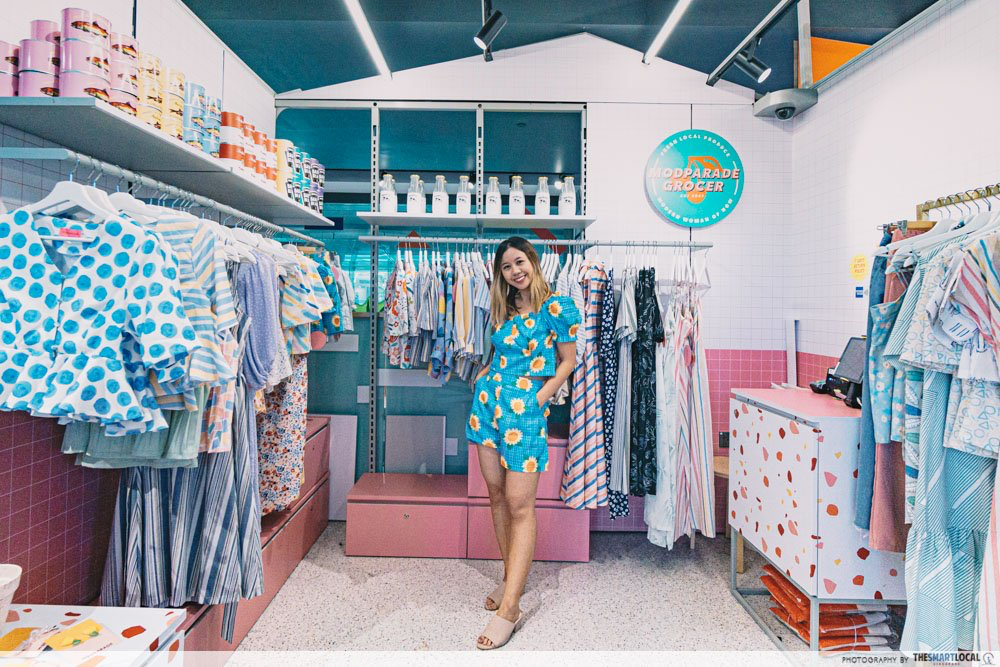 Izit now I must dress like an influencer or trophy wife 24/7.

But as I read on, what the Rules suggested was a lot more nuanced than that. “It’s just a matter of showing your partner respect by taking their view into account,” it suggested.

Fair enough. Even though I did dress up on a daily basis for myself, I decided to go the extra mile and listen to what my husband mentioned he liked about some random Facebook beauty how-to video.

3 shades of eyeshadow and properly blended concealer after, my husband did comment, “You look nice.” *fist pump*

It was just like when we were dating, when both of us made the effort to dress up and impress. Now, when comfort levels are higher, many folks tend to slack off on the looks department, “oh, he’s used to me like this anyway.” But as hard as it is to admit, love is also about visual attraction. 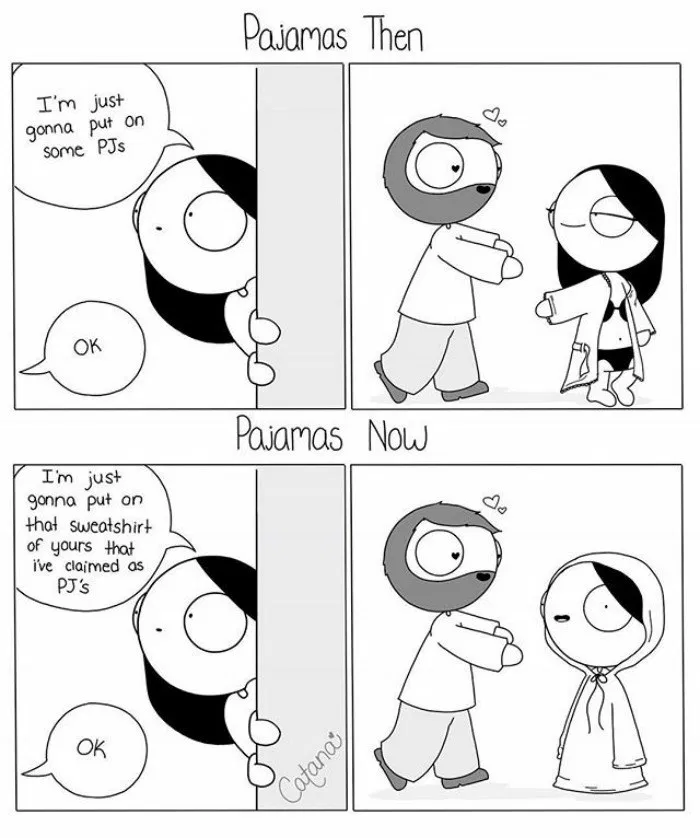 And it should be a two-way street – BOTH of us should take care of our appearances so marriage doesn’t become a bait-and-switch game. If I could perfect my eyeliner, he could wear non-crinkly white tees and head to the gym from time to time (he does). Win-win.

3. Be the first to say sorry

This is a hard one. I’ve always felt it was hypocritical to say sorry to keep the peace – why should I when I didn’t do anything wrong?

Then argument 1 happened. One morning, the husband was deeply unhappy that I left things around the house for a few days and didn’t pack them up. But being a relatively stubborn creature, I thought he was fussy as I would get ‘round to them soon. Well, kinda soon.

Unfortunately, the disagreement had a life of its own and turned from mild grumbling to a full-blown World War of name-calling.

It was then The Rules’s wisdom hit me like a bag of bricks. Was I in the wrong for not packing up? Debatable. But I was definitely wrong to let things escalate to raised voices and personal attacks. In a Jumanji-like voice, the book proclaimed: “You are apologising for being so childish as to let it happen, and for all the mistakes you must have made to reach this point.”

Pride swallowed, I typed out an apology, and pressed “send”.

What I felt next was surprising. Instead of feeling like a loser, it felt powerful instead – it was like a mindset shift to say hey, I care more about you then the primal and temporary thrill of winning. It was also great to know that we wouldn’t go to bed angry – a strict no-no if you don’t want the bad vibes to persist into the next day.

My tip: Change your mindset from “you” vs “your partner” so you won’t focus on winning the argument. Instead, focus on a third party, “your marriage”, and think about how to resolve the disagreement to benefit that.

4. Stop micromanaging each other

I hate being micromanaged, just ask my mum or observe my barely concealed rage when managers at work try to peek at my computer screen.

In my relationship, I was ultra-sensitive to any whiff of micromanagement. This was especially so in the chores arena, so when Rule No.52 stated that we should “trust the other one to do the job,” I wanted to take the book and wave it in front of my husband.

My husband had higher standards of cleanliness than me, so he would chastise me on my household responsibilities – namely, how to improve my ways of folding laundry and cleaning the toilet. That, however, usually resulted in me being defensive as I felt untrusted. 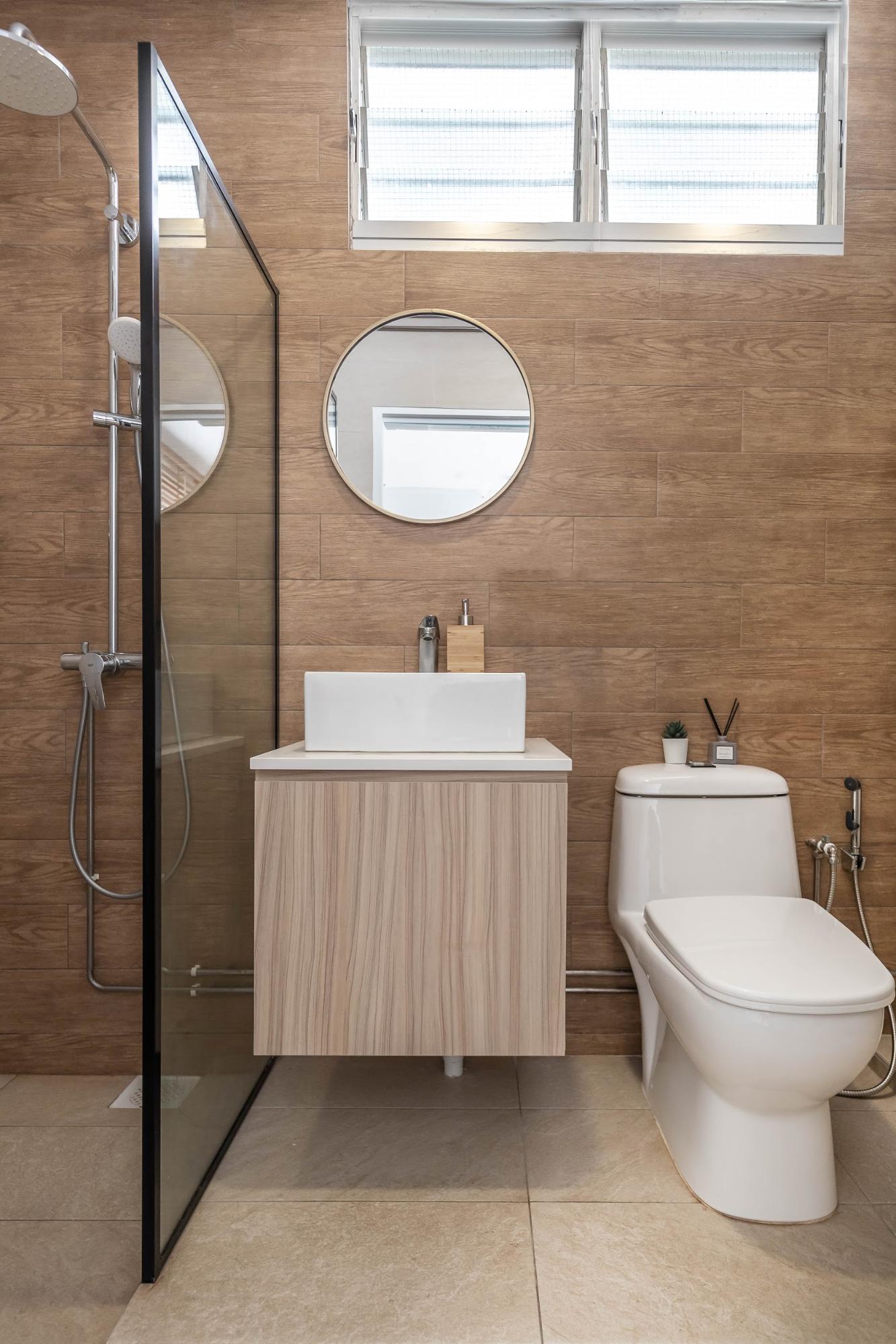 My toilet is quite clean, what. Image credit: AgcDesign

Of course, I’m not saying that I’m 100% perfect. Or that feedback is unwelcome. No, all I’m saying is that this is an emotional minefield, and you have to be a top-tier diplomat to tell someone how to do their job without them building an emotional wall the size of Yishun.

After I told my husband – nicely, of course, see #1 – he came round to the idea of cutting me some slack on how I got things done, as long as it was. And if necessary, to give feedback tactfully.

My tip: Pick your battles when telling your partner how they can improve. If you really need to give feedback, use gentle “I” statements instead of  accusatory “you” ones. Which is better?

Finances are tricky matters for any couple – some decide to pool their money in a joint account, some take turns to pay and others rely on traditional “guy as the breadwinner” models.

The problem arises when one partner splurges more than the other, and dips into a shared common fund. Or when one is more thrifty, and tries to prevent the other from spending – or “controlling how I spend my money and enjoy life” from the other POV.

For me personally, my husband and I dodge this problem by having separate savings for our own expenditure and a joint account for shared household expenses. He nicely agreed to a 60/40 ratio in contributing to the latter, me being the 40% since I earned less.

The book also suggested that if one was a stay at home parent, the other partner should give them a fair share of the salary, too. This was reasonable to me, as I observed how my mum and mum colleagues dedicated tons of time to take care of the kids and clean the house – like a Full-Time Job No.2.

Tip: If you haven’t gotten married yet, discuss your financial arrangements before you jump in.

Did reading the book help my marriage?

To be honest, one week was insufficient to see if the Rules made my marriage into #couplegoals material. But what it did do well was suggest a change in perspective, whether it was learning how saying sorry wasn’t losing, or how it’s important to treat our partner like our best friends or better.

Reading a whole book on how to improve my marriage also felt like a satisfyingly weighty achievement, as if I already did something tangible to improve things by investing time into dedicated reading.

It also forced me to slow down and increase my attention span. Instead of finding instant answers online, I had to tackle the challenge in greater depth – but the reward was x1000 times more fulfilling.

Reading on the go with Kobo eReaders

When I decided to do this reading thing, I was slightly alarmed at the fact that I would have to carry The Rules paperback around – it had an attention-grabbing bright red cover and “The Rules Of Love” was boldly emblazoned on it.

What if people on the MRT thought I was a clueless girl who needed some help in the love department? What if my ex spotted me? Or worse, took it as a sign to slide back into my DMs?

Then, inspired by a random MRT stranger, I stumbled upon an elegant solution: e-book readers. Full privacy, tons of books at your fingertips and no more lugging heavy tomes of books – I’m looking at you, Haruki Murakami’s 1Q84. 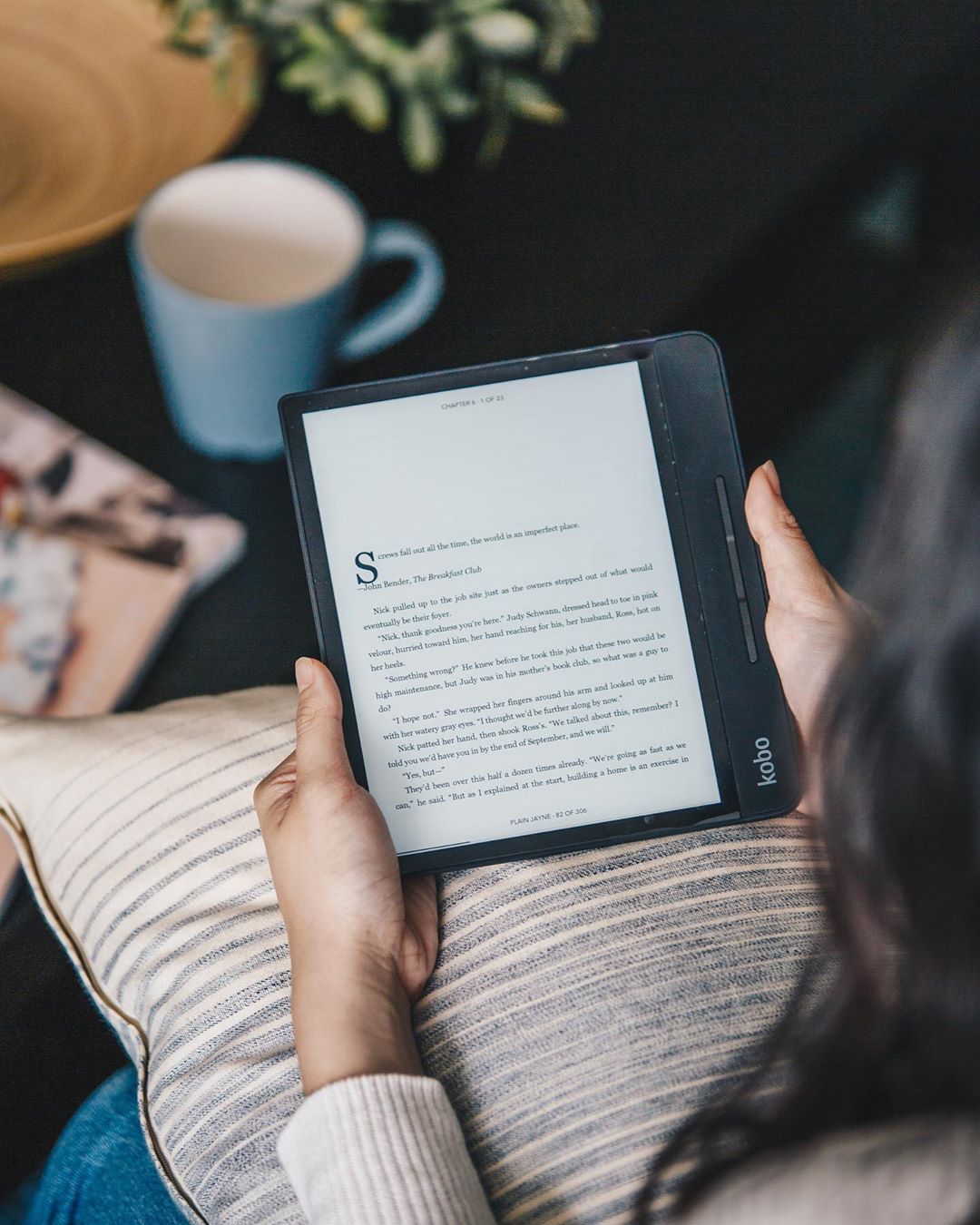 Ergonomically designed and light so you can hold it in your hand easily.

Because I’m the sorta girl who grew up in Singapore libraries – studied, koped free WiFi, borrowed piles of books – I opted for the newly launched eReader series from Rakuten Kobo which has access to more than 6 million titles from National Library Board via OverDrive and the Kobo eBookstore. 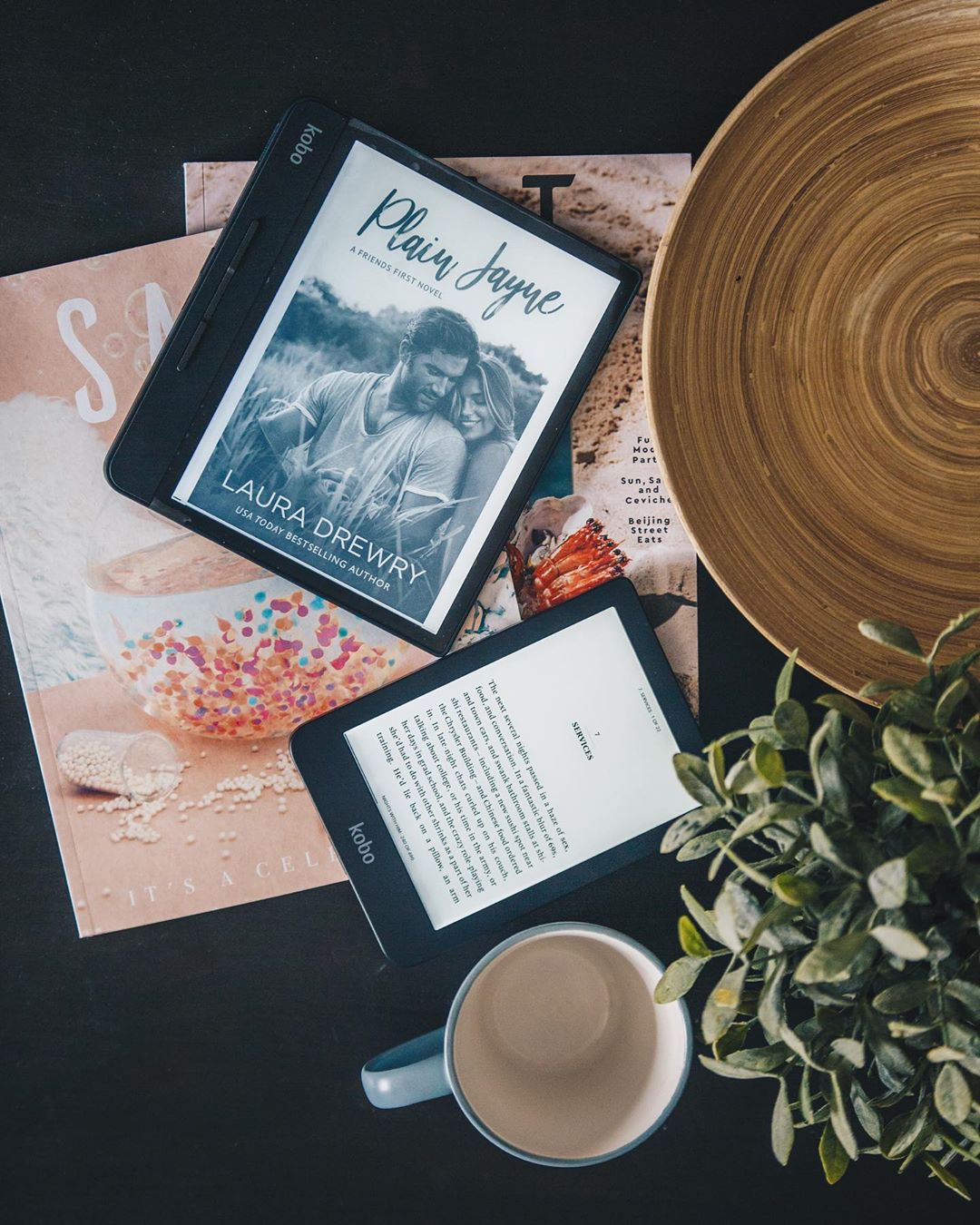 These were in minimalist black, whether it was the smallest Kobo Clara HD or the larger Kobo Libra H2O and Kobo Forma eReaders. No more judgement for trashy book covers, phew.

All had smart light and font settings so you can read books glare-free in the font of your choice – I have a soft spot for Calibri. And night owls will dig that it diminishes blue light so you can stay up till 1am reading, no problemo.

If you can’t choose which device to go for, know that each boasts special functions. The Forma and Libra H2O, for instance, are waterproof, so you can bring them on Bali or Phuket trips and lounge with them at poolside villas to appear intellectual on IG. The Forma even has Dropbox support for those tethered to them for work purposes.

Who knows, the next time you read this might be on your e-book reader.

This post was brought to you by Ingram Micro. 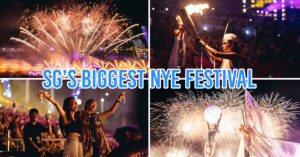 Marina Bay's NYE Countdown Has The Largest Drone & Firework Show Worth Getting Out Of Your House For
Malls In Orchard Where Shopping May Get You KTV Vouchers, Limited Edition Cardholders & Starbucks... 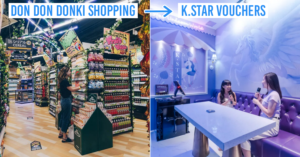