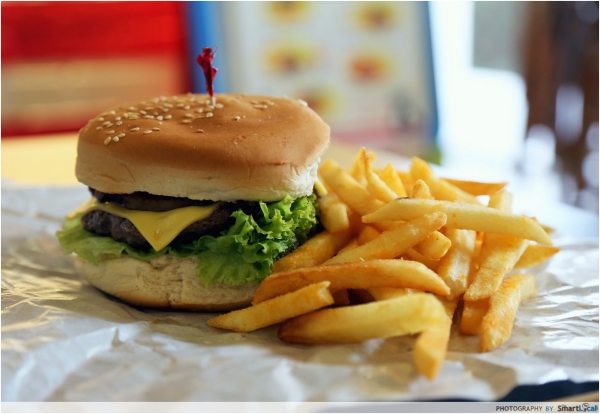 Crowd favourite “Burger Shack” recently underwent a big makeover, introducing a new menu and interior design along with a new name – Little Hiro. They are now a Japanese-Hawaiian BBQ and Grill joint that offers burgers, pastas and grilled items all with a tropical feel mixed with a Japanese touch. The items on the menu are, thankfully, all very decently priced and that’s why Little Hiro was featured in our 17 Delicious Restaurants under 15 dollars in Singapore.

Upon speaking to the owner, Ian Kwek, I found out that there’s a rather unique story behind Little Hiro. Not too long ago, he visited Hawaii for a friend’s wedding and on their last night they had a huge Hawaiian style barbecue. Ian fell in love with the food immediately and decided to stay behind for a couple of days to learn the tricks and trade of Hawaiian cuisine.

He decided bringing it back to Singapore would be a great way to revamp Burger Shack and so emerged Little Hiro. The name of the store pays homage to the groom’s father and Chef at the barbecue, Hiro who passed down some of his secret recipes to Ian.

Another fun fact – Ian’s Dad actually runs the Island Creamery Ice-Cream chain! After graduating from SMU, Ian decided to take a year off and try his hand at F&B. Burger Shack ended up becoming a success and that’s how his career in F&B began. Yay for young F&B entrepreneurs!

The Food at Little Hiro 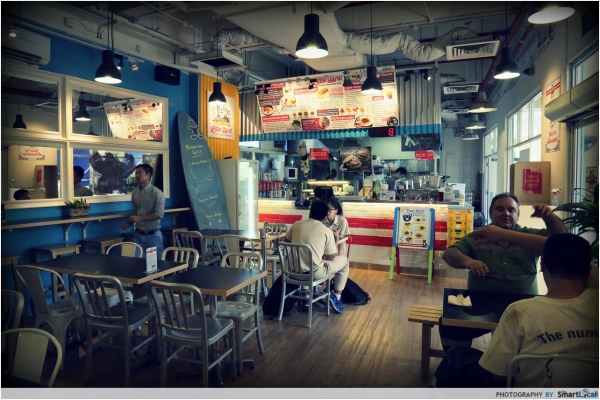 Before I visited, the combination of Japanese and Hawaiian seemed a little odd to me but, as Ian explained, Japanese people make up about 20% of the population in Hawaii so a lot of Hawaiian food has Japanese influence. 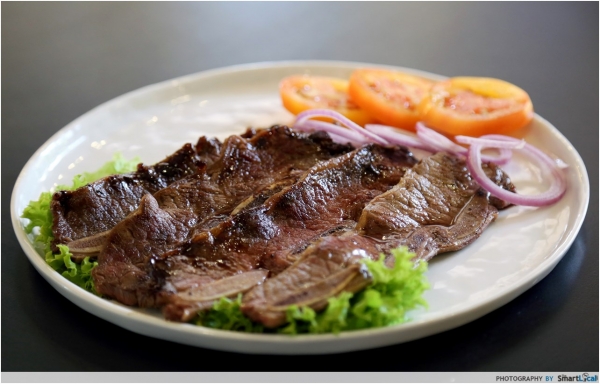 The first thing we tried was the Tokyo Style Karubi Beef Short-Ribs ($9.90). Basically they are flame grilled short ribs topped with a Karubi sauce made from a secret recipe passed down along generations of Japanese grill-masters.

Unfortunately though, both Bryan and myself found the beef a bit too chewy for our taste. The sauce was pretty good but the meat itself didn’t really tickle our fancy and its a dish you’ll either love or hate. 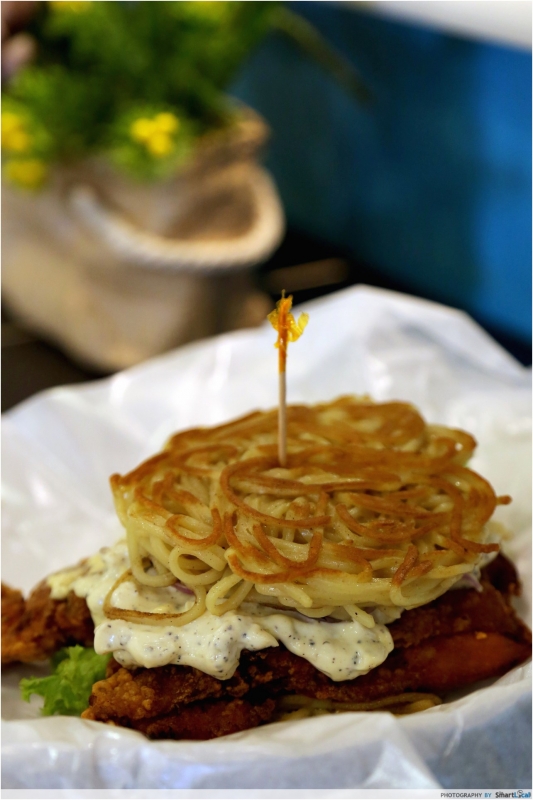 The next item is their newest item on the menu and by far my favourite dish of the meal. The Shio Ramen Burger with Chicken Karaage ($8.90). Apparently Ramen Burgers are currently all the rage in New York City, but in Singapore it has yet to take off.

Little Hiro actually just launched their Ramen burgers and our initial impression was, how the whole Ramen Burger fad seemed kinda gimmicky. We were surprised at how good they were.

These burgers are super unique because instead of buns, you get ramen flown in from Japan and formed into a patty. The chicken was crispy and provided perfect balance to the soft ramen. What really made the burger was their home-made egg mayonnaise which tied all the components together.

Word of caution though, this burger can get pretty messy although that just adds to the fun! Might want to reconsider ordering it if you’re on a first date though. 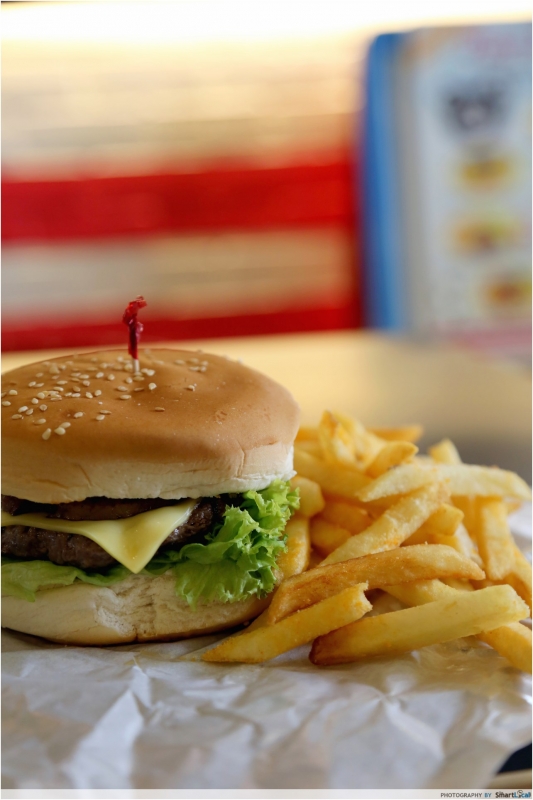 The Waikiki Deluxe Burger ($8.20) was the next dish we tried. This burger is meant to encompass Hawaii in a dish. Although I’ve never been to Hawaii, I’d imagine they did a pretty good job. Its made up of a handmade beef patty topped with glistening bacon strips, melted cheese and a grilled pineapple.

This burger was super delicious as well because the pineapple added a delightful sweetness that packs that tropical flavour. And you can’t ever go wrong with bacon and cheese on beef. 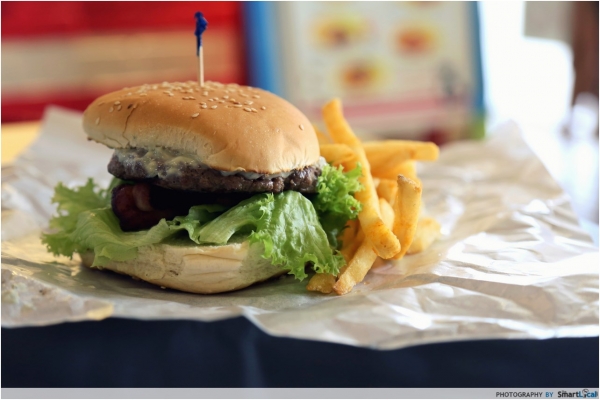 The BBQ Bacon Bleu Deluxe ($8.20) came recommended by Ian. It comes with a beef patty topped with a mixture of blue cheese and BBQ sauce and of course, bacon.

This was my next favourite dish as the sauce really brought this burger to a whole other level. The combination of Blue Cheese and BBQ sauce also seemed a bit strange to me but the moment you put this in your mouth all hesitations fly out the window.

The Fries at Little Hiro

The 2 burgers came with a side of fries which I adored so much that they deserve a heading of their own. These fries are the same ones they served back when they were still named Burger Shack and it brought back a lot of memories of when I used to visit after school.

They are in fact, very unique fries called “stealth fries, ” and I had to ask, in my super blur voice “Stealth, like… spy?” The name is derived from the fact that the fries are coated with potato starch, made from the same Russet Potatoes that the fries are made from, to add to appearance and taste. In addition, the fries at Little Hiro are seasoned with garlic, paprika and salt. Paprika and Garlic? Yea that’s something we’ve never seen elsewhere and they were so good that the fries did not need any sauce to go with them. 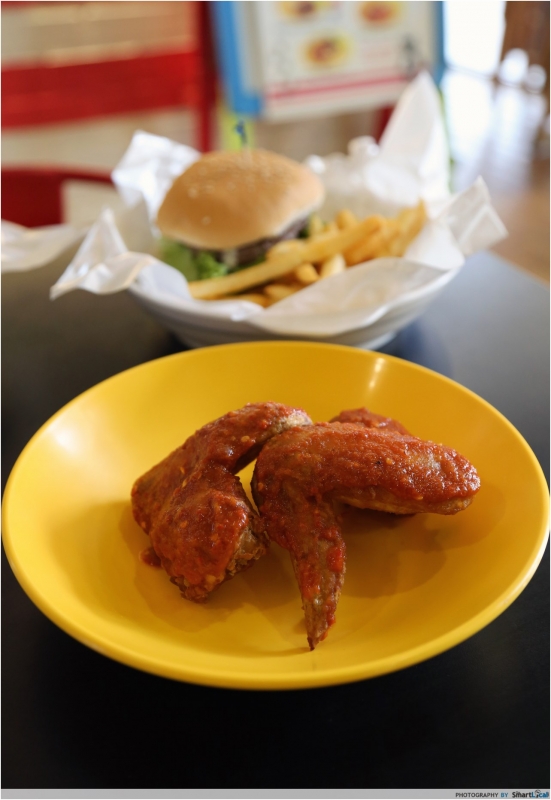 The last dish we tried was probably the most exciting and slightly nerve-wracking. The Harbanero Volcano Wings ($4.50 for two). Even the name is intimidating. Made with 5 different types of chilli, including the legendary Mexican Harbanero Chilli which they directly import from Mexico. There are 3 different levels of heat that you can attempt to try.

Bryan and myself decided to go for Level 2, since we did want to leave with our stomachs intact. Safe to say, we did feel the burn, but we enjoyed it. It was the perfect level of heat that still allowed us to taste our food and didn’t leave us needing to gulp down Singapore’s entire water supply. We highly recommend you not to go for Level 3, because both Bryan and myself have a high threshold for spicy food but but we already found this really spicy!

We did not enjoy the only grill item that we tried and the beverages despite their super cool names like “Hibiscus-Lime Agua Fresca” ($3.30) were just okay.

In our opinion, the best items here are still the burgers, so make sure you order them while you’re here. Its no surprise since they have been specialising in them for years under “Burger Shack”. It also helps that the burgers are supplemented by killer fries that go along with it. Another item we highly recommend ordering are the Volcano Wings. 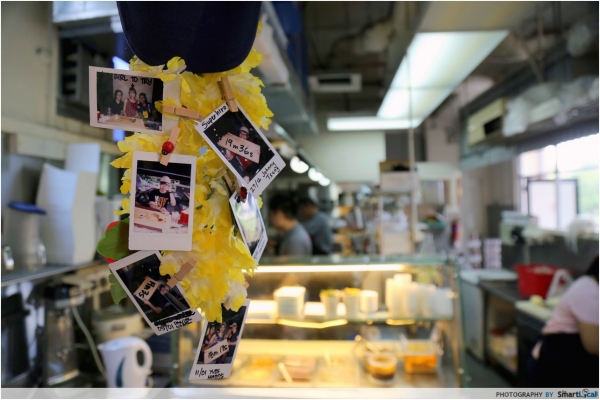 Lastly, they also have a superhiro challenge where if beat their fastest time, you get the 8-patty burger $25 meal on them!

We thoroughly enjoyed our meal at Little Hiro. With such reasonable prices, its bound to be a crowd favourite among Bukit Timah residents. There is something here for everyone seeing they now have a madly diverse menu. Even if you’re not in the mood for burgers, you can try their rice plates or pastas. 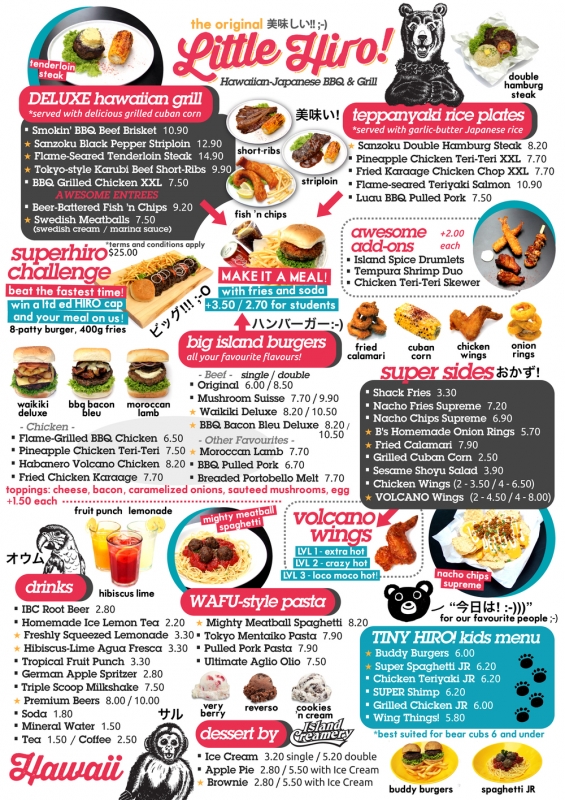 It really helps that despite having ingredients flown in from all over the world, the owners still aim to keep prices low and understand the value in providing affordable, quality meals to enjoy with friends and family.

How to get to Little Hiro 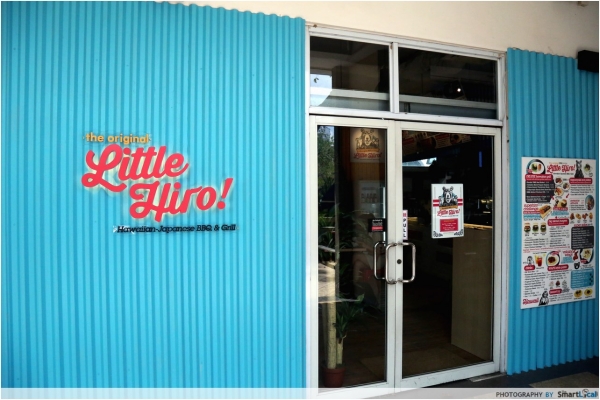