Quirky things in Bangkok only expats can understand 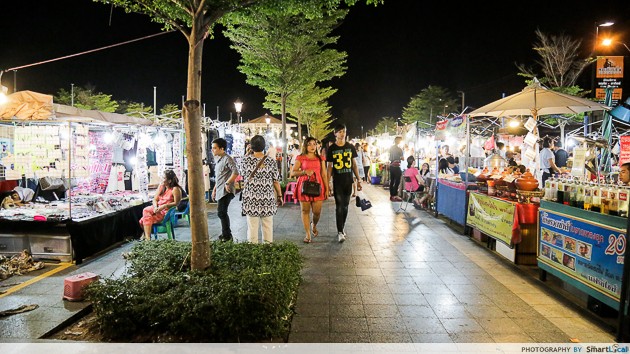 Somehow, in a convoluted game of paradoxes, many free-spirit wannabes head to vibrant Bangkok for an initial 6-month period and end up in an endless limbo of continuous felicity. There are many reasons tourists decide to call this razzmatazz of a city home – professional opportunities, leisure and “entertainment” opportunities, a low-cost lifestyle and sometimes just because they missed their flight back home and “why not stay a bit longer?”.

When the novelty fizzles out and the mundane goings-on settle in, Bangkok starts feeling just like any other major city in the world. But under these apparent layers of familiarity, the City of Angels changes you in ways no other place could ever do. I would know.

After all, I ended up in Thailand 3 years ago, before Europe was grappled with constant breaking-news titles, when – as generic as it sounds – my quarter-life crisis whisked me off to this incredible country.

Here’s what I have learnt so far!

1. You stop indulging in public talks about internal politics

We, and by ‘we’ I mean the Europeans, are renowned for our sarcastic take on our own country’s internal affairs and we are not afraid to use the wittiest arsenal to ridicule a politician. The French in particular take cruel enjoyment in making fun of every single president and Francois Hollande went by many names, including Mr. Flanby – a bland but sugary French custard for overweight people – or provincial head-teacher.

Regardless where in Europe you are, political discussion is a stress-relieving topic publicly indulged in on a regular basis with all possible nonchalance. However, here in Southeast Asia, engaging in a slightly pejorative or defamatory discussion about a political figure can haul you in deep tar-hot waters. As such, Donald Trump feels like an oasis of expired triumph for us European millennials in Bangkok, to talk about.

2. Your perception of time changes according to the climate

For people who lived most of their lives in one single climate zone, it is a bit challenging to understand. In Europe, all 4 seasons are so well-defined, but you need to spend at least 2 or 3 years continuously in a different climate zone to get the equivocal feeling that time passes by at a different speed.

Living in a 4-season climate zone feels as if the year goes by more slowly – as kids we constantly looked forward to the winter snowy time, and as adults we always waited impatiently for the craze-infused Ibiza summer holidays. But when I moved to living in a year-round summer climate, time started to feel passing noticeably faster and waiting for summer no longer became special.

3. Companion animals seem to be part of an absurd theatrical scene 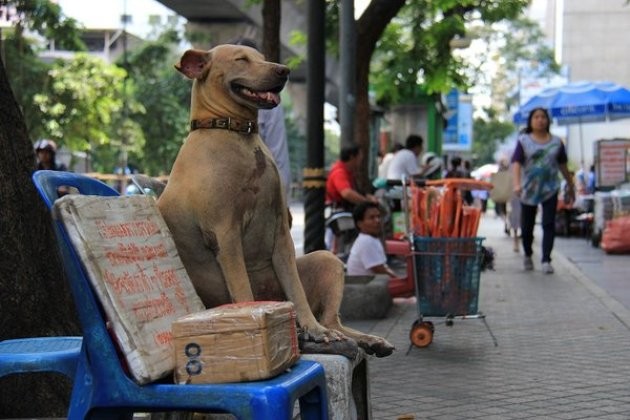 Europeans like to think of themselves as all being fervent animal activists even if to many of us the closest we had as a pet was a Pokémon. We tend to get very vocal when it comes about animal rights and popular animal-themed Bangkok-style cafés are boycotted and closed down in cities like London or Paris.

It took me a while to get used to the prevalent dogs, cats, rabbits, and foxes coffee shops regardless of how well the animals were taken care of. I have also regretted profusely after my first and only elephant ride. But what I still cannot wrap my head around is the surreal moment when you see a dog or a cat riding at the back of a motorcycle, a pet sheep walking on the overpass or a stray dog begging in Khao San Road.

4. Luxury hotels don’t seem that out of reach any longer 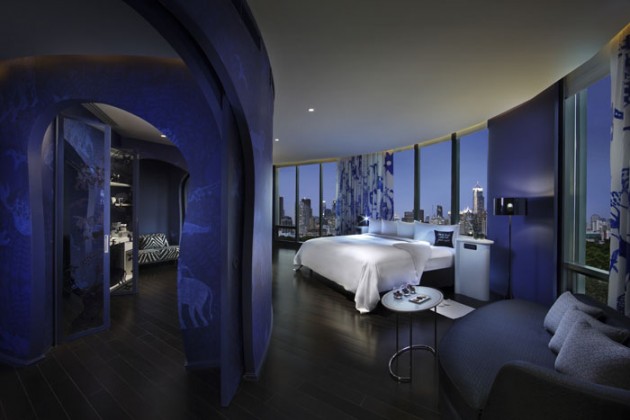 It’s enough to read our TSL articles on mind-blowing affordable swanky hotels to realise this one is a no-brainer. In Europe, living a life of luxury in cities like Barcelona and Paris or palm-kissed holiday destinations like Santorini or Capri will never be possible with a paltry budget. Although international goods and brands are just as savings-devouring as anywhere else, accommodation and services come on the cheap In Bangkok.

Even when I look further out to enticing affordable exotic destinations such as Bali or El Nido I realise that my backpacking days of yore have rapidly transformed into flashpacking extravaganzas. A reputable 5-star hotel can set up starting prices at USD $140/night which is really unheard of in Western Europe.

5. Speaking of luxury… you look forward to your doctor’s appointment

Back on the old continent, our national healthcare gets just as much praise as backlash. But none of our major capitals are magnets for international medical tourism – or at least not at the same scale as Bangkok. Life as an expat in Bangkok is not always about indulging in luxuries more than your pocket can stretch, but healthcare is one of the perks we truly enjoy.

Whether you get bitten by a python on the loose in Benjakiti Park while jogging or you need to undergo a complicated surgery, renowned top-tier hospitals like Bumrungrad or Samitivej are absolute 5-star hotels with cutting-edge technology and state-of-the-art facilities. And I find it hard to make such a statement given that I suffer from trypanaphobia – fear of needles – but blood tests/donations in Bangkok feel almost like a rejuvenating massage.

6. Geography suddenly shapes up into a much more interesting subject 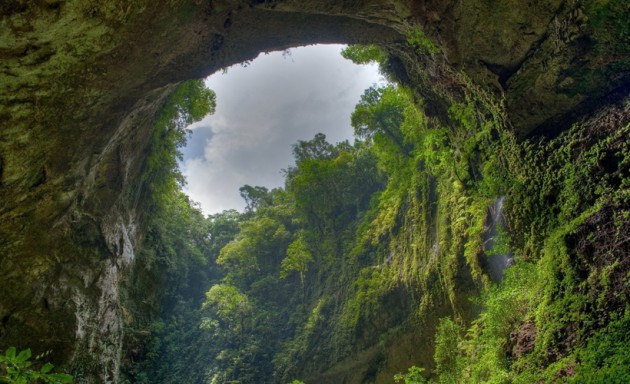 It may be your homesickness that gets you to constantly peruse Google maps for familiar places or just your innate Indiana Jones thirst for adventure, but your Geography knowledge improves tremendously even if you try to resist it.

Whether you fraternize with a group of bohemian backpackers or hobnob with delusional self-appointed catwalk models on Sukhumvit Soi 11, you constantly find yourself talking about National Geographic worthy places to visit like Baliem Valley in West Papua or the world’s largest cave, Son Doong, in Vietnam. I’ll never forget the night some close friends took me to Phang Na to marvel for the first time in my life at our Milky Way in all its stellar glory.

7. You fall in and out of love with the Thai cuisine 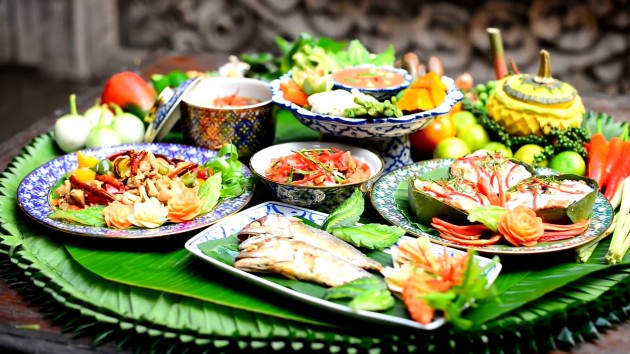 In many parts of Europe, specifically in England, Thai food is considered a special treat and having it on a regular day will definitely make you feel the pinch. As such, Thailand is bombarded with hordes of Europeans flocking to this country sometimes exclusively for the lip-smacking dishes.

But indulging in authentic Thai food for 2 weeks on your holiday and having it continuously for 6 months makes it a world of difference. You start missing your beloved pickles or carbohydrates, various types of cheese and other dairy products, non-chewy steaks and burgers that here come at imported astronomical prices. Most of the time I do what all my expat friends do – go for faux-Western food at reasonable prices.

I do not know how to start here, since I want to keep this article within the boundaries of decency. But if Sex and The City were to meet Hangover 2 and conclude with Terminator: Judgement Day, you would end up with the Tinder scene in Bangkok.

On the bright side, as a foreigner, the best way to meet other valuable non-freaks is through personal contacts or friends – so pretty much the old fashioned way. And regardless of how many failed attempts you have at online dating in Bangkok, these encounters will definitely prove to be a crowd-entertaining source when you get back to your home country.

9. Friends are friends for life… mostly on social media

Bangkok is very much like Dubai in this regard – you meet some of the most interesting people and your emotional wagon hinges quite tightly to theirs. And then they leave and those life-enriching conversations in unusual places are gone forever. Just like that!

Unless an expat is married to a local or has a business established here, chances are that they will move on to their next destination within a relatively short period of time. Unfortunately, Bangkok is not like Singapore and doesn’t have the ability to invest in, train and retain human capital at the same successful rate. Many of my close friends have made the move to other career-geared destinations and have not looked back ever since.

10. You realise in Bangkok you can actually “Slim Up” 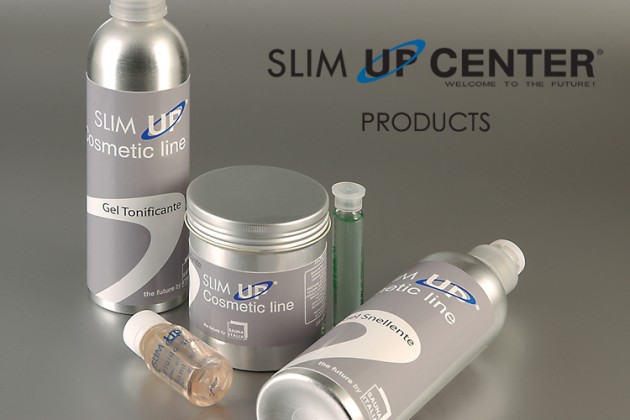 Thai people have a strong determination for creative advertising and for learning English, but somehow in these protracted attempts things get tangled up in translation. As an English teacher, I find it sublimely humorous and entertaining when I stumble on funny-reading signs advertised by local businesses.

3 years later you keep telling yourself the same thing! The reality is that learning Thai takes a genuine flair for languages since the alphabet is based on the Khmer and Sanskrit scripts. I actually learnt to master more words in Malay – based on the Latin alphabet – in my short peregrinations around Indonesia and Malaysia than the Thai language.

Thai people do make a noticeable effort to accommodate and welcome foreigners in their country and as a result, foreigners tend to get a tad lackadaisical about learning anything – as I found out first hand! Learning the local language of your host country is more about respect before anything else and this is what we all need to work a bit harder on over here.

12. The concept of a Third World country becomes a grey area 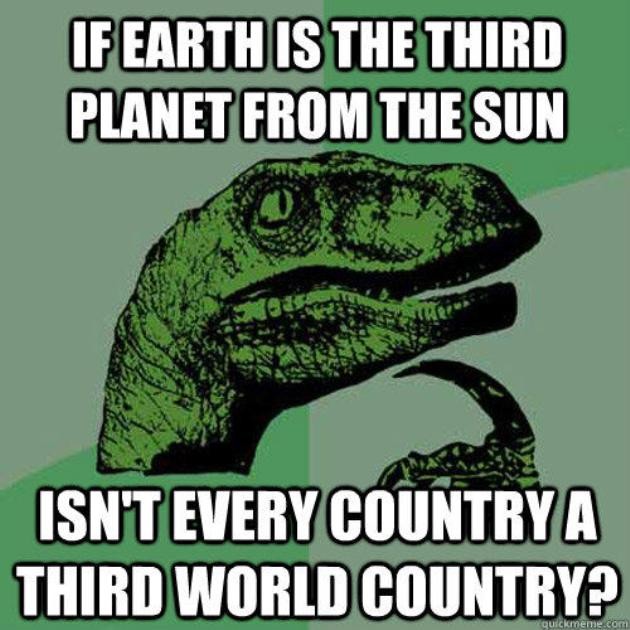 Politics aside, Bangkok feels tremendously modern and cutting-edge in so many aspects that it makes you question the very definition of what a Third World country/city is cracked up to be. Most skyscrapers that define the iconic cityscape are owned by multinational companies rapidly transforming Bangkok into a solid Southeast Asian start-up hub, catching up on Kuala Lumpur and Singapore.

In all honesty, there are more underdeveloped and perilous neighbourhoods in cities like London and Paris than at the outskirts or in residential areas of Bangkok. Ever since I arrived in Thailand, my understanding of a developing country has changed considerably and that opens new political and societal discourses for me to explore further.

13. Superstitions are a way of life

In Yemen a pregnant woman might determine the sex of her unborn child by throwing a live snake up in the air. In Turkey it is considered bad luck to chew gum at night as it represents a vessel of the dead people and in Singapore you cannot chew gum at all.

But once I started integrating myself in a fascinating part of the Thai culture that is veiled away from tourists, I realised that the borderline between religion and superstitions is blurred to the nth power. From angel dolls treated like real children to the prevalent trepidation of an endless variety of dead entities, my circumstances both on a professional and personal level have been affected by this solid system of irrational beliefs. But then, why is this article even called “13 weird things”?

An expat life in Bangkok behind the scenes

Living long-term in Bangkok certainly does not make you feel as if you were on a round-the-clock holiday and not all of us hang out on Soi Cowboy on a Saturday night. Considering my methodical approach to life and discipline-orientated personality, my family and friends back in Europe never actually understood why I made the move to Thailand – especially since they are all under the misconception that male professionals move to this country for a peculiar reason. But I like breaking down stereotypes and I thrive on torpedoing my comfort zone! Thailand is just as awesome and unpredictable as any other cool-league country and I am here to stay.

This Promo Code Lets First-Time Users Of Shopee Redeem Any 1 Of These Beauty Products For Free!
10 Singaporean Architectural Wonders Hiding In Plain Sight