Back for a third consecutive year, Liberty Hunt 2014 promises more exciting clues, locations and attractive prizes! Yes, how does $60,000 sound?

This year, Liberty Hunt has collaborated with the Building and Construction Authority (BCA) to create an exciting hunt around Singapore’s Greenmark Buildings. Liberty Hunt is an island wide treasure hunt organized by Liberty Insurance Singapore. This event was organised to instill healthier and more fulfilling day-to-day activities in Singapore. Furthermore, this year’s theme is aimed to promote a more clean and green environment.

How Liberty Hunt Is Played

Joining Liberty Hunt is simple! You will first require a smartphone to receive and answer clues. After signing up and downloading the Liberty Hunt 2014 mobile app, you will get your first clue on 5th September, where you can enter your answer straight to the app. If you are right, you will receive your second clue. This continues the same way until you reach Clue #12! 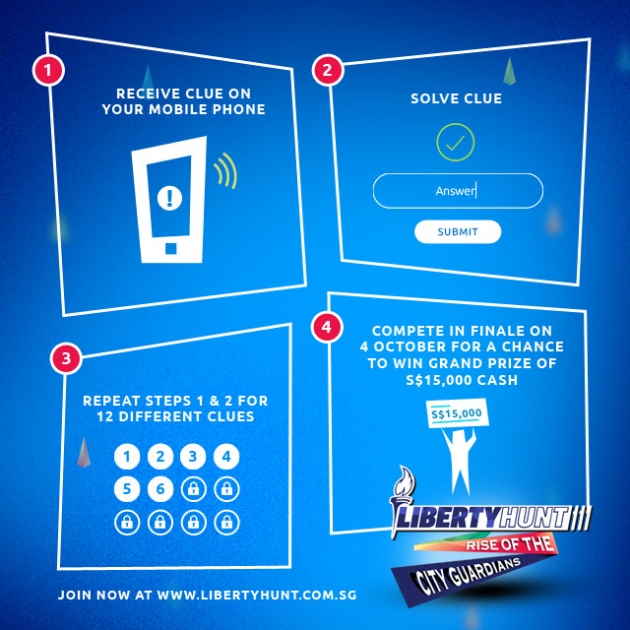 An incentive for those with fast fingers, is how you could also win some prizes and surprises along the way! Those who solve all 12 clues will also be invited to the Grand Finale on 4th October, and 4 lucky winners will have a shot to unlock the GRAND PRIZE of S$60,000, that means S$15,000 for each winner! (If you don’t know if you have what it takes, fret not, because everyone gets to try 3 clues for free! This gives you a chance to get a taste of the game and decide for yourself if you want to continue playing on.)

Apart from the S$60,000 grand prize for the 4 winners, there are also a whole bunch of prizes you can pick up along the way.

This annual event is not one you can bear to miss with healthy and fun activities with the chance of winning S$15,000 each!

Here’s a video of the past year’s Liberty Hunt Challenge: 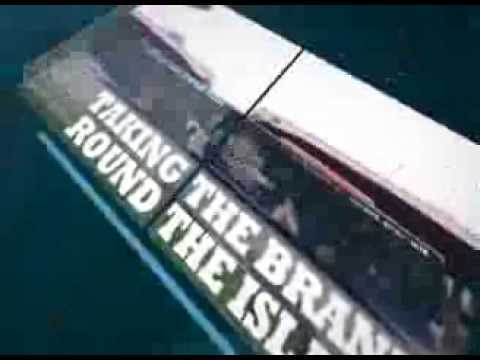 Registration Fee comes with 3 free clues, thereafter participants who wish to continue in the hunt for S$15,000 will have to pay for their 9 remaining clues.

This post was brought to you by Liberty Hunt. 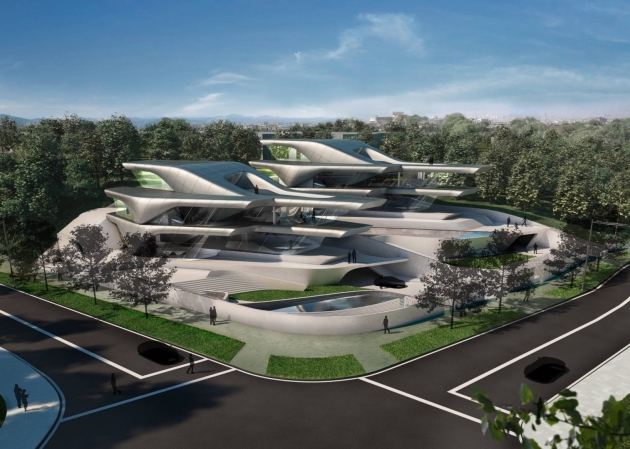