Bars & Clubs Are For Everyone!

Following the success of Pink Dot 2014, Singaporeans are as ready as ever to accept alternative lifestyles. In response to a question on Channel NewsAsia in 2007, Sir Ian McKellen famously said on live television, “I have been looking for a gay bar (in Singapore), if there’s such a thing…”

Fear not, Sir Ian! We at The Smart Local may be a little late, but we’re here to help! So whether you’re gay or straight, looking for a new hangout or a new place to party, you can’t go wrong if you make a trip down to one of these spots for a different and totally fun experience. 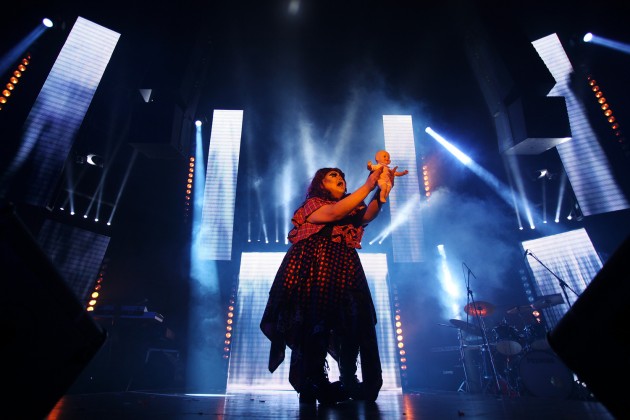 If you enjoy live performances while having some drinks and some finger food, this might be the thing for you. But please be prepared because this RIOT! will make you laugh so hard that I can’t guarantee that you won’t spit your food and drinks out.

RIOT! is a drag show where 4 drag queens come together to entertain anyone and everyone who attends. Hosted by the deliciously filthy and delightfully talented Becca D’Bus (pictured above), it happens every second Saturday of the month at TAB. These queens and their larger-than-life costumes and make-up will entertain you with their overly-dramatic lip-syncing but one thing’s for sure – you’ll leave with a smile on your face.

And don’t be afraid if these queens decide to jump off stage and get up close and personal with you. They don’t bite. I hope. 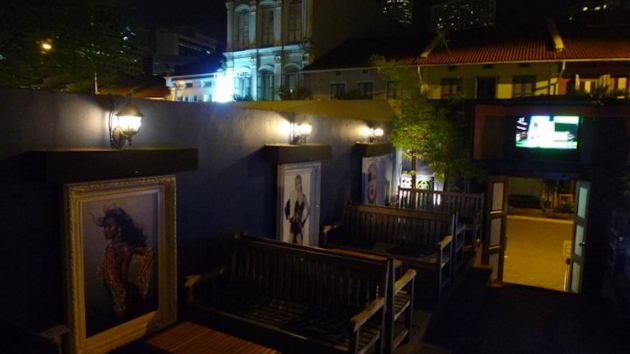 Located across the road from Taboo, Tantric is one of the more popular gay bars in Singapore. It plays host to people from all over the world and is especially popular with the angmoh crowd. Even with an indoor bar area and an outdoor courtyard, it gets fairly crowded on the weekends. But with double shots for $12 all night, and upbeat music ranging anything from K-Pop to S Club 7, it’s no wonder that Tantric is popular with both boys and girls of any orientation. 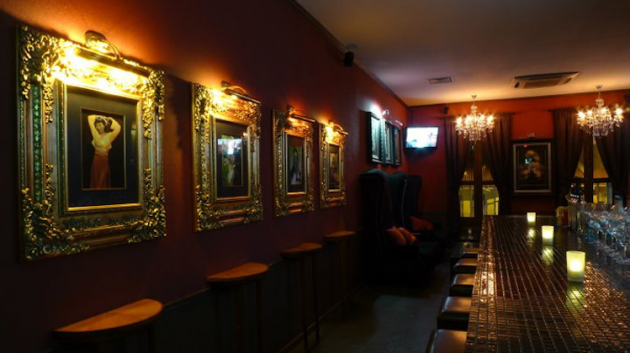 Situated just above Tantric, May Wong’s Cafe is a quieter alternative if Tantric is a little too loud for you. Named after the first Chinese-American film star Anna May Wong, the decor has this oriental yet modern feel to it. It’s also furnished with comfortable sofas that are perfect for anyone to sip some drinks while munching on warm finger foods. 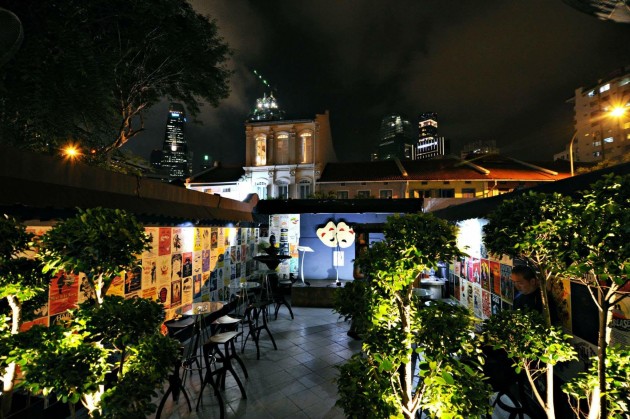 Owned by the same people who run Tantric and May Wong’s Cafe, the newly-relocated Backstage Bar is now on the same street as these two bars and that’s why you might find the décor a little similar. What sets Backstage Bar apart is that the interior is decorated with posters of musicals from the past and present – they’re basically calling you out to do some “jazz hands.” The outdoor courtyard is the perfect spot to people-watch while having a drink.

If you find yourself here, try their signature Blue Spin Cocktail. Apparently, a bartender named Cliff created the cocktail at Backstage Bar after a customer came in and demanded the bar’s strongest drink while exclaiming that their Long Island Tea wasn’t strong enough. The concoction was so strong that it left him “spinning”. Now, it’s one of the most popular cocktails in Singapore. 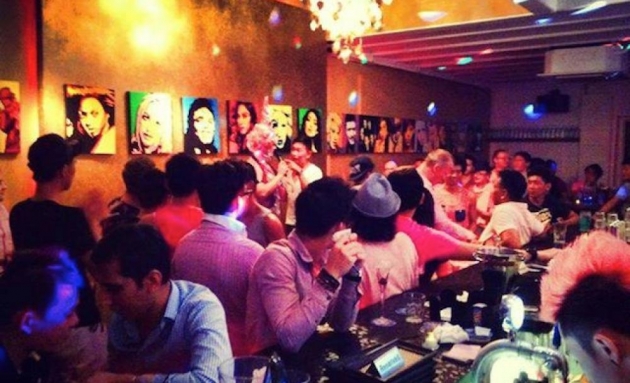 OUT Bar (formerly known as Nirvana Bistro & Bar) is a small but cosy Hollywood-themed bar with a nice and relaxed atmosphere. They have regular events, performances and guest DJs but my personal favourite has to be their “When 70s Meet 80s” night, held every last Saturday of the month. I mean, who wouldn’t want to dance the night away to disco classics?
Open from 5pm on weekdays and 7pm on Saturdays, it is an alternative spot for anyone to chill at after work or while waiting for the night to begin. And if you do decide to pay them a visit, check out the pop-art inspired celebrity paintings that line the wall and try guessing who each of them are of. 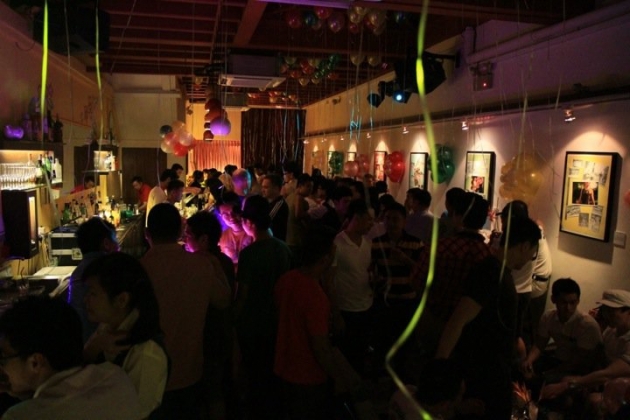 Located next to OUT Bar, DYMK (short for Does Your Mother Know?) is housed in a cosy two-storey converted shophouse. If it isn’t too crowded, it is the perfect place for you to kick back and sip cocktails with your friends.

With appropriately-named house specials like Mommie’s Temper, Mother Knows and Mother Doesn’t Know as well as an SM night every last Thursday of the month, it’s definitely a place to check out. I’m just not sure if you would want your mother to ever know what you were up to over here. 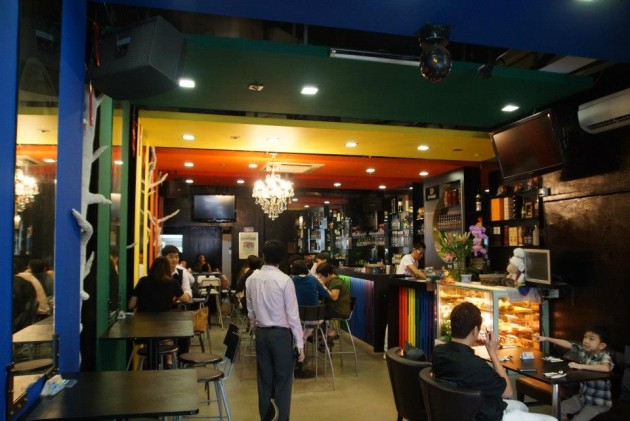 Named after the Spanish word for rain, Lluvia’s tagline is, “There will be no rainbow without… Lluvia.” It’s pretty cheesy but you get the picture – this all-inclusive café and bar is for everyone. However, it should be noted that it’s a popular spot for “bears” and their “chasers” but if that doesn’t bother you, it’s a great place for you to chill with your friends.

Other than being a place for food and drinks, Lluvia also hosts special events every so often. But most importantly, it is also a karaoke bar. So, if you’re down, you and your friends can sing a song or two (after a few glasses of liquid courage perhaps). 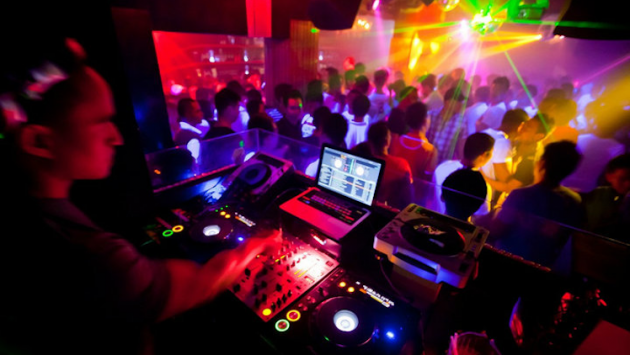 Already in its 18th year of operation, Taboo is one of the oldest gay clubs in Singapore. This two-storey nightclub has remained popular over the years and retains a loyal clientèle. With international DJs regularly invited to helm the decks, Taboo is the place to be seen on weekend nights.

Taboo may be known for being a gay club but with a good mix of house and Top 40 music, it is “not as gay as it used to be”, with straight party-goers finding an attraction to Taboo that other clubs lack. Well that and the $30 Liquid Buffet from 10 pm to 12 am on Fridays and Saturdays, where there is free flow of house-pours and beer. 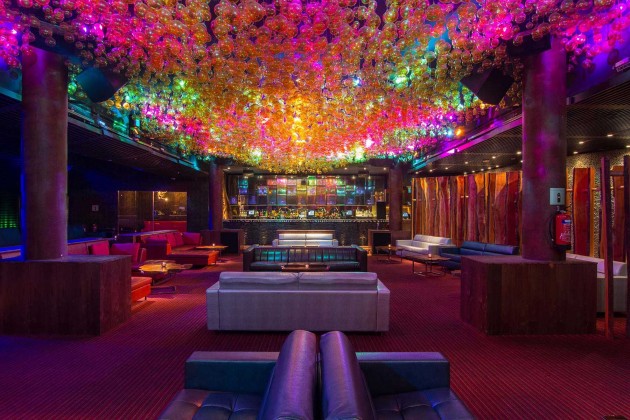 You might be surprised to see Pangaea on this list. After all, this is the club that serves a $32,000 cocktail called “The Jewel of Pangaea.” It has also gained a reputation for being an exclusive club that only the rich and famous can patronise. However, in collaboration with The Phoenix Parties, Pangaea launched Detour on the 6th of March 2015 and is an all-inclusive night that promises to be “saucy, naughty and playful.”

Described as a party that embraces diversity, Detour promises a whole lot of shows and even more dancing for anyone who wants to have fun. Open every Friday, Saturday and Public Holiday Eves from 10 pm to 5 am, this party is still gaining its momentum – it was quiet the one night I decided to check it out. But I won’t be surprised if this party has a loyal following in no time.

It costs $20 for entry, which includes 2 drinks if you come before midnight and 1 drink if you come after. Drinks can also be a little pricey but The Phoenix Parties have lined-up a series of different promotions for future weekends – some might include complimentary entry to the club. So, check out their page regularly to ensure that you’re at the front of the line when this happens. 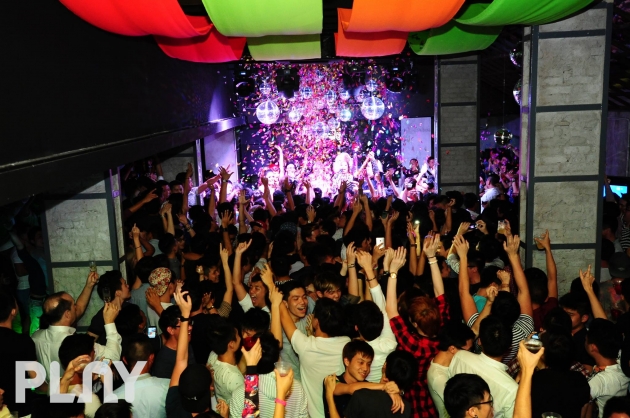 Those in the know will tell you how PLAY is no longer around and how it was one of the busiest clubs in Tanjong Pagar, popular with gays, straights and everyone in between. Unfortunately, it was closed in February last year, to the dismay of all its loyal fans.

Even though the club has closed down, PLAY has gone “mobile,” with pop-up parties happening every so often at different venues. Last year, they had parties for New Year’s Eve and Halloween, so who knows what they have up their sleeves for this year? Last I heard, the team behind PLAY is still looking for a new place to re-open the club but until then, we have to wait for news on their next pop-up party.

Open Your Mind To A Different Experience

As Mae West famously declared, “you only live once, but if you do it right, once is enough”. So if you’ve been kind of bored about going to the same bar or club every night, bite the bullet and try something new! I’m quite sure you won’t regret it if you go in with an open mind.

Have you been to any of these nightspots before? Or do you know of any other LGBT-friendly places in Singapore? Let us know in the comments below! 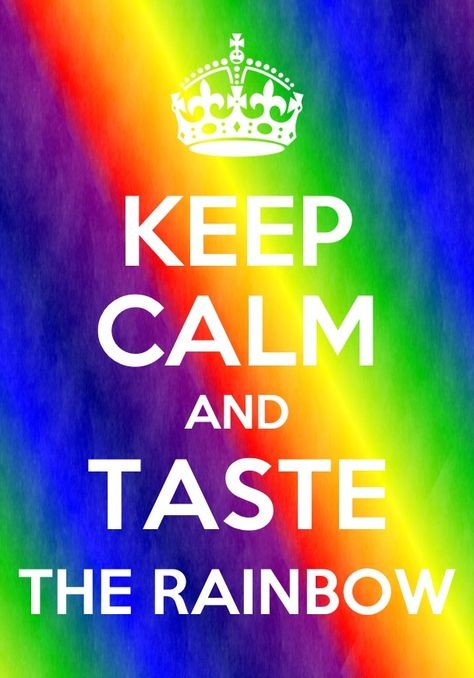