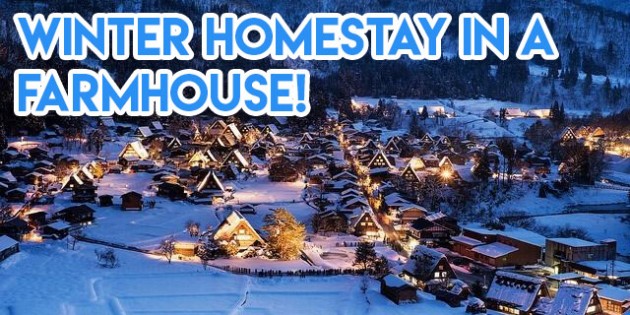 You might be on a been-there-done-that crisis when it comes to vacationing in Japan, but if you’re after a little cultural trip, skip touristy Kyoto and head to Kanazawa 3 hours from Tokyo instead – with similar preserved temples, traditional teahouses, and an abundance of nature, it’s a lesser-known and quieter alternative to the former capital of Japan.

If you’re not sure where to start in planning your trip, we’ve scoped out some activities that’ll make you fall head over heels for this city. 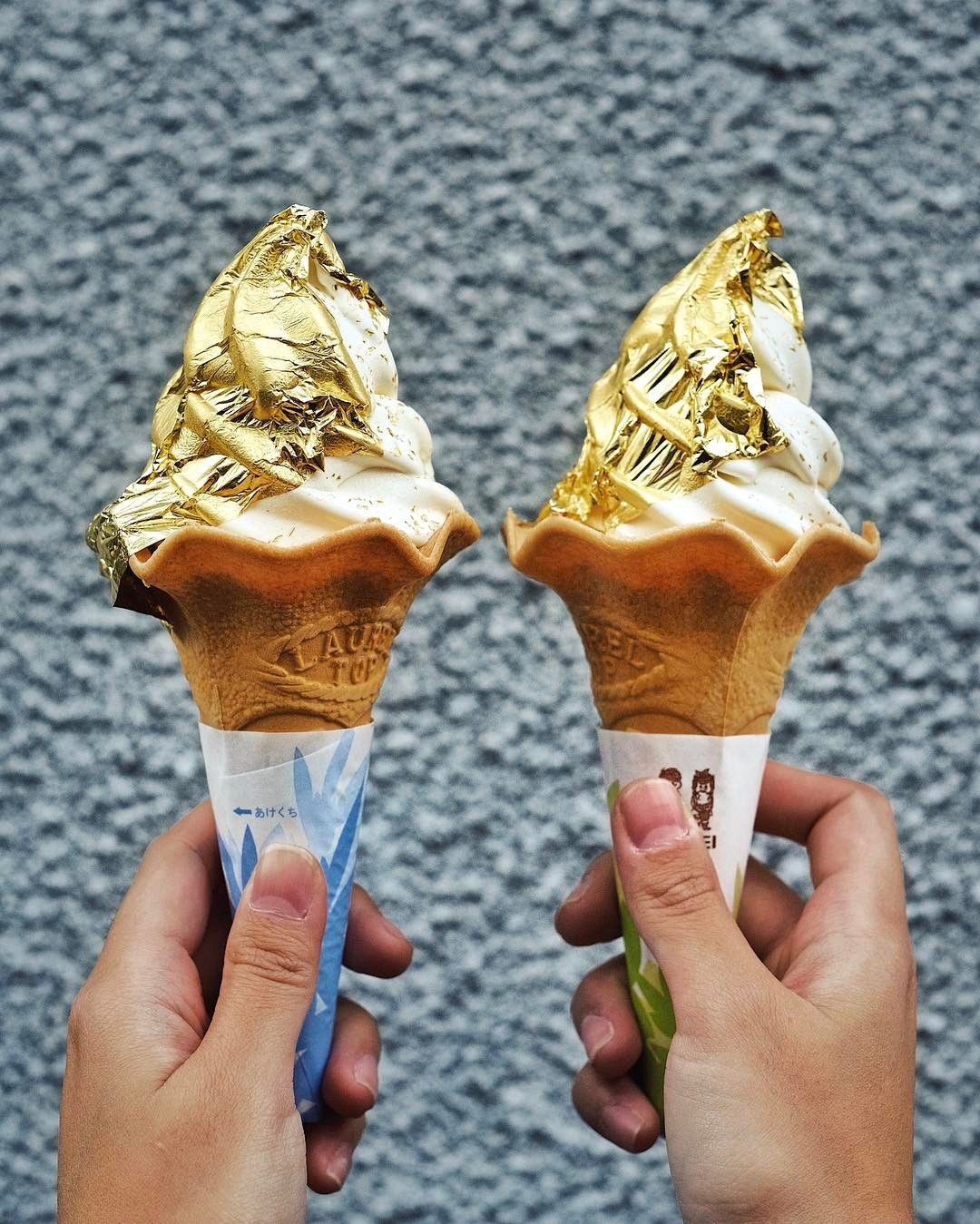 From cakes to chocolates, gold leaf-adorned food items have steadily been creeping their way into our Instagram feeds. And while nowhere as extravagant as that $2000 gold leaf pizza in New York, this soft serve wrapped in 24K gold foil by Hakuichi will bring some luxe into your life for 900 Yen.

Apparently the gold leaf is pretty much tasteless, but I wouldn’t pass up the chance to try this nonetheless! 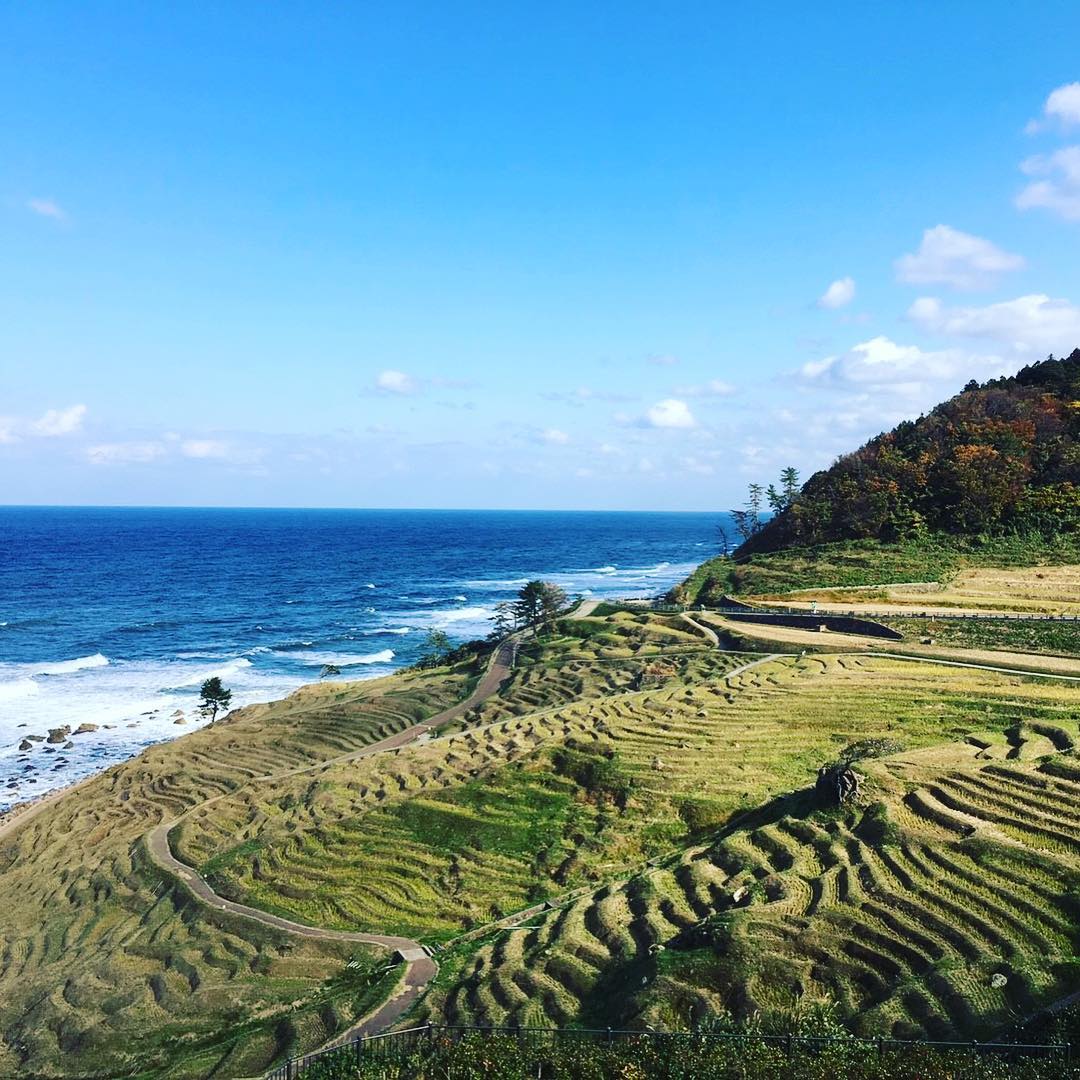 Go up to the coast and take a cycling tour around Noto Peninsula – dotted with fishing villages, parks and endless views of the sea, it’s the perfect spot for a break from the city. To get started, hop onto the train at Kanazawa Station to get to Wakura Onsen Kanko Kyokai, where you can rent a bike from 600 Yen. 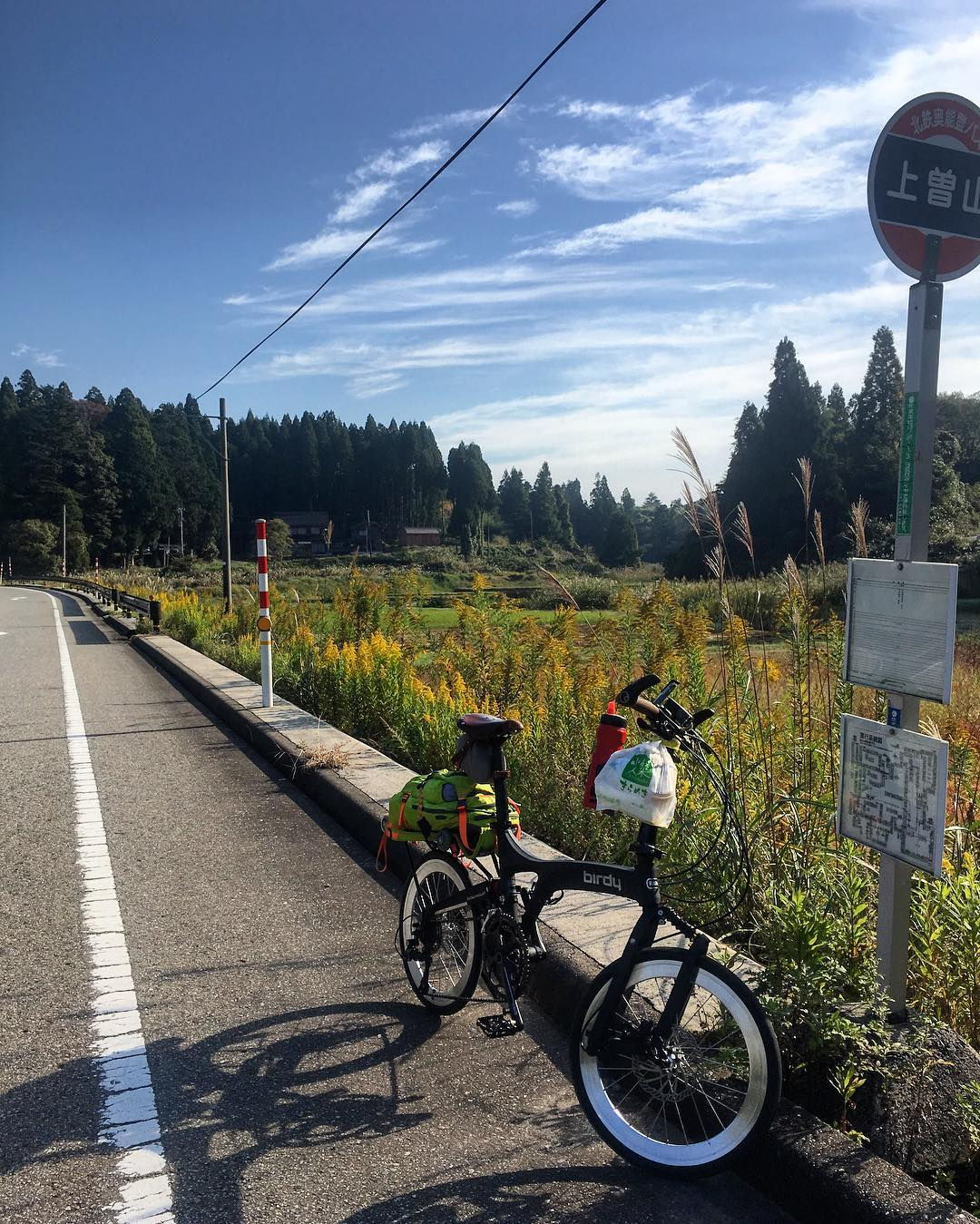 3. Sip tea at a quiet teahouse in a garden 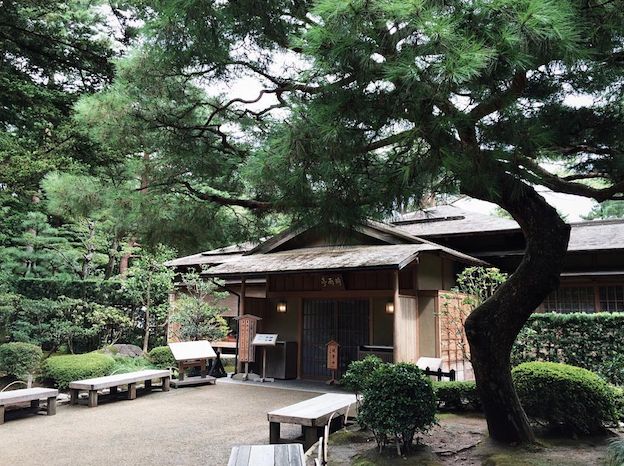 A visit to the Kenrokuen Garden is mandatory for all Kanazawa first-timers as it ranks as one of Japan’s 3 most beautiful gardens. A stroll through the winding pathways will bring you to Hase Pond, where you’ll find the secluded Shiguretei Teahouse nestled amidst the foliage. 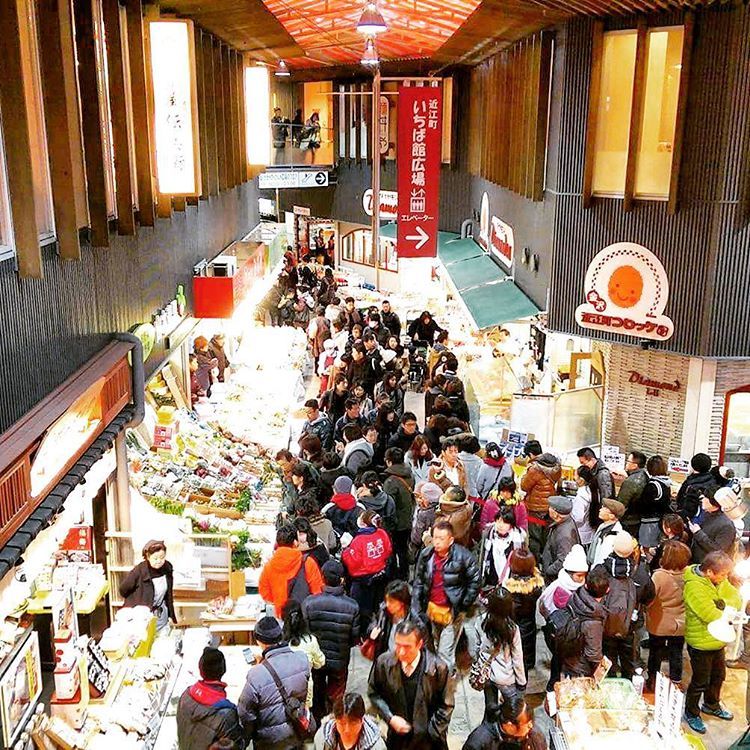 There’s Tsukiji Market in Tokyo, and then there’s its older cousin Omicho Market in Kanazawa, dating as early as the Edo period. Located relatively near the sea, Omicho Market receives the freshest of seafood every morning. This bustling market is filled with a mixture of food stalls too, so grab some grub while you’re there! 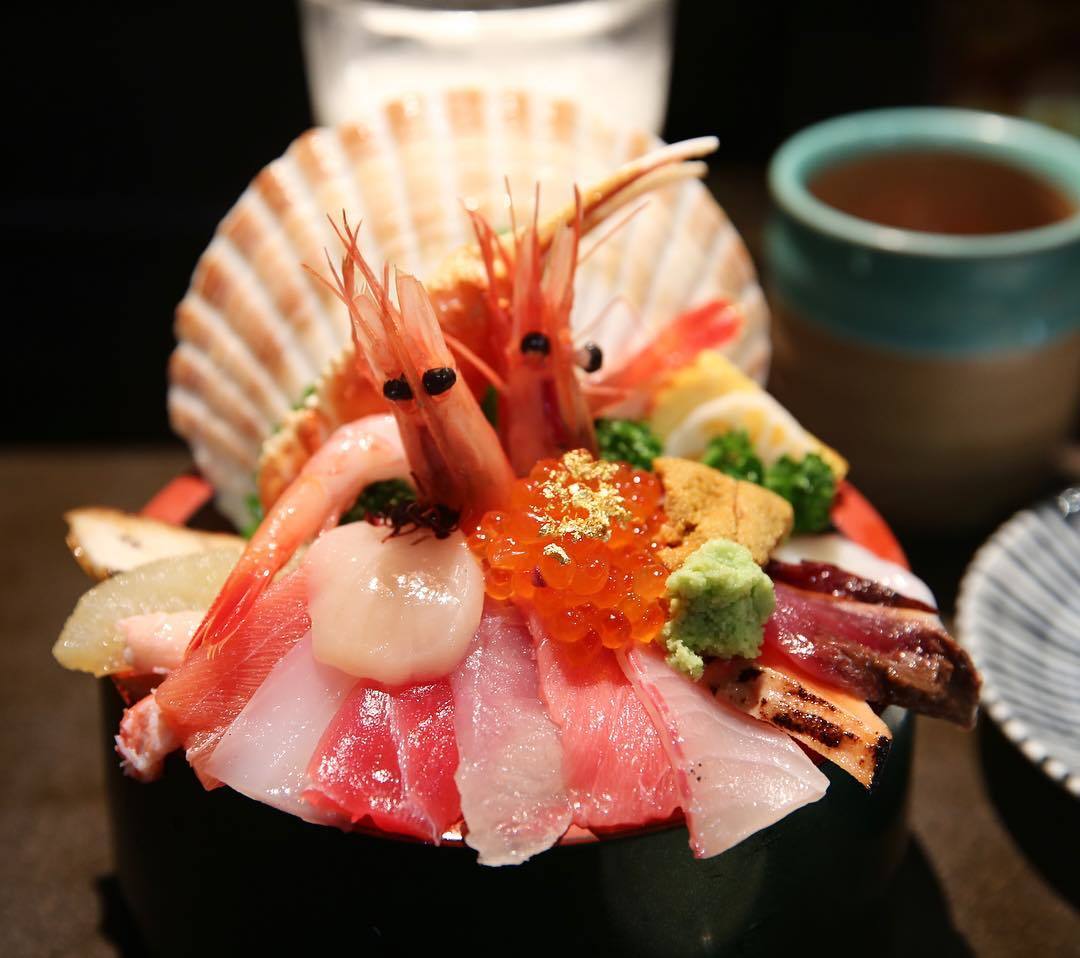 While most of us may be accustomed to salmon and tuna, go straight for buri (yellowtail) here – because the delightfully fatty yellowtail is renowned in Kanazawa. Have it grilled on the spot or sliced raw – either way, it’s a melt-in-your-mouth experience!

5. Spot geishas at the chaya districts 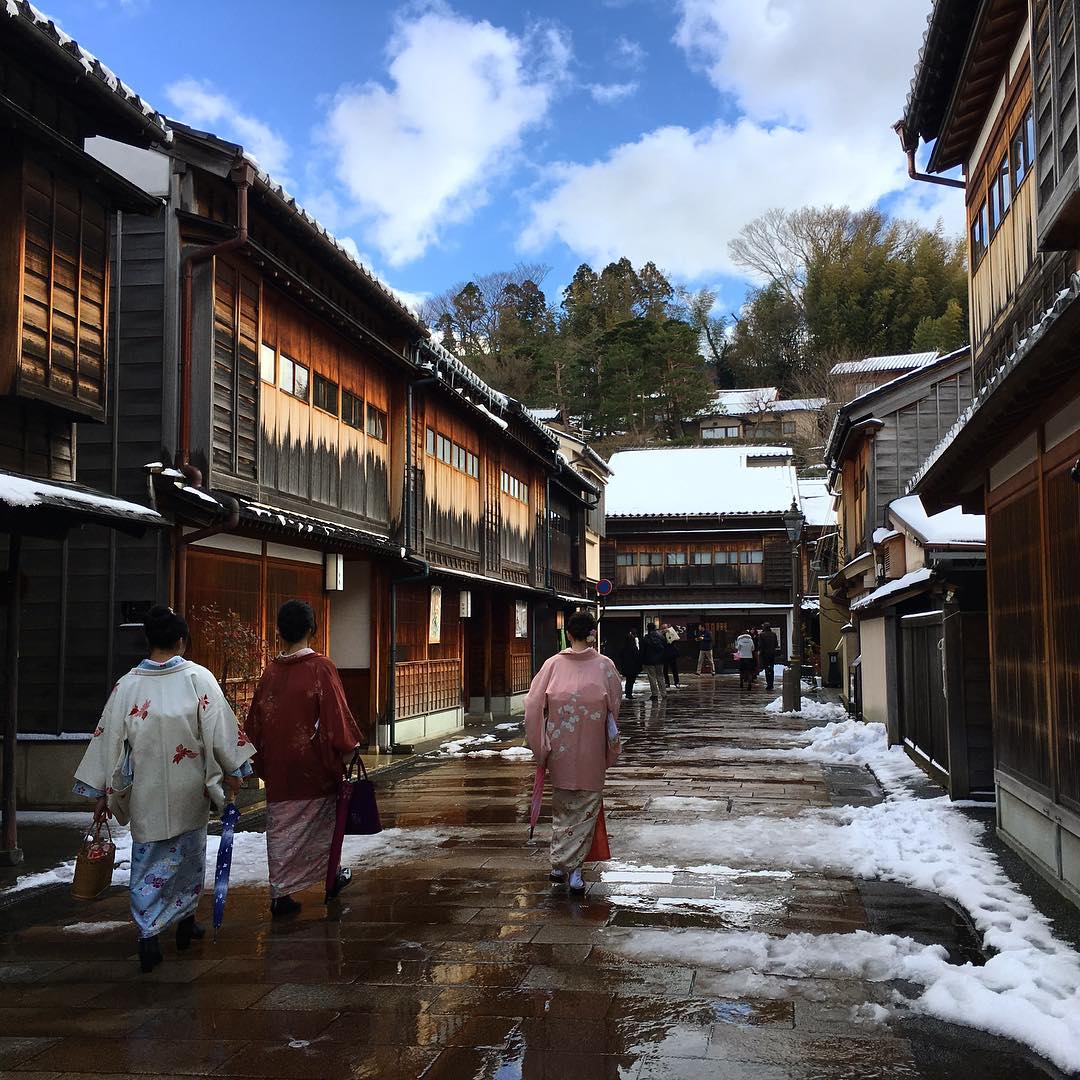 In Kyoto, where the geisha tradition is most alive, teahouses are off-limits to tourists – unless you have an obscene amount of money and you know someone who is a frequent client of one.

But in Kanazawa’s chaya districts, there are 2 teahouses open to tourists, one of which is Shima Teahouse. While geisha performances are no longer held there, you can still get regular tea services and visit the rooms where geishas used to perform.

The other is Kaikaro Teahouse, built in 1820 – where you can watch a traditional geisha performance at 22,000 Yen per person.

6. Go stargazing during a one-night stay at Shirakawa-go

In just under two hours, you can get from Kanazawa to Shirakawa-go – a picturesque region that’s especially magical during Winter. 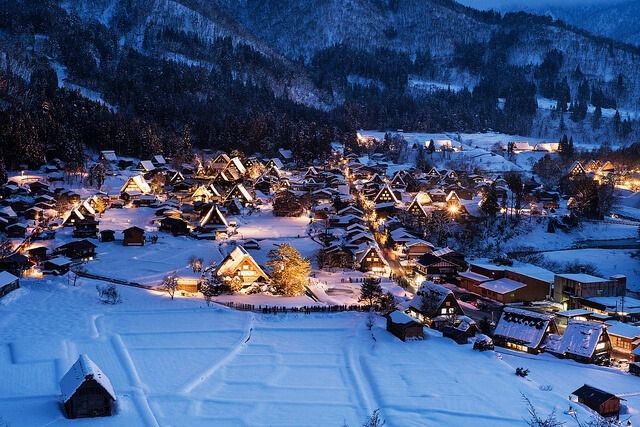 But instead of just snapping those mandatory shots in front of the traditional thatched roof farmhouses, go one step further – and snuggle up with a cosy overnight stay in one of them! Located far away from city lights, Shirakawa-go is perfect for stargazing. So gear up for cold temperatures, and head out to chill under the stars. 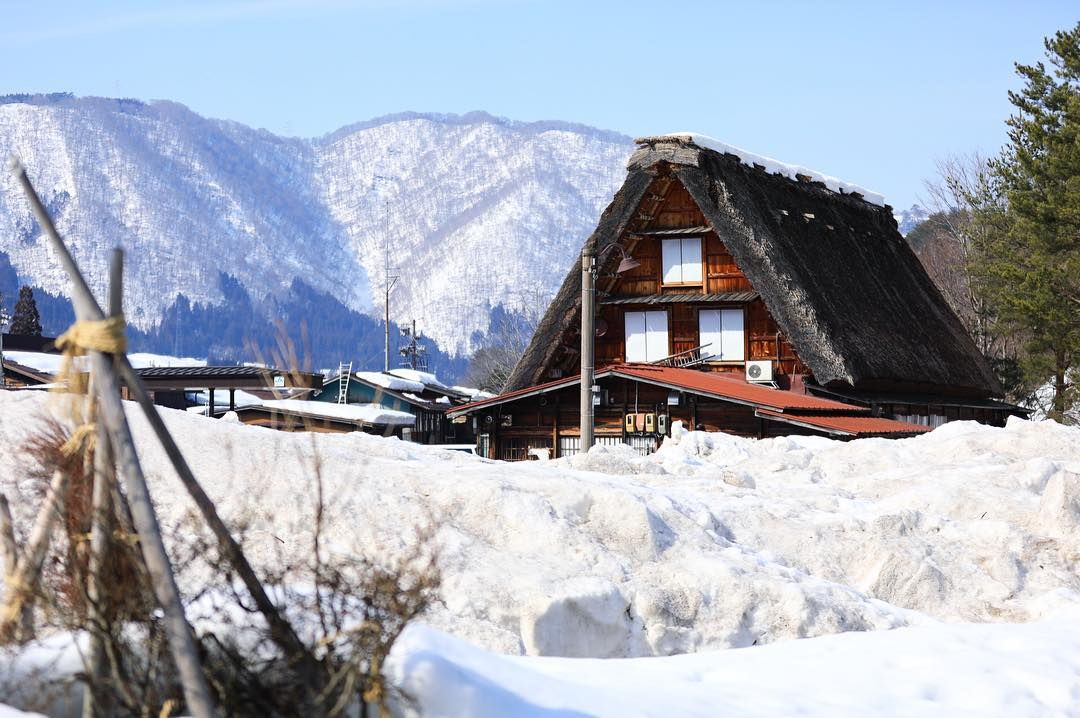 To get here, simply take the Nohi Bus on the East side of JR Kanazawa Station for 1850 Yen.

7. Visit the past home of a samurai family 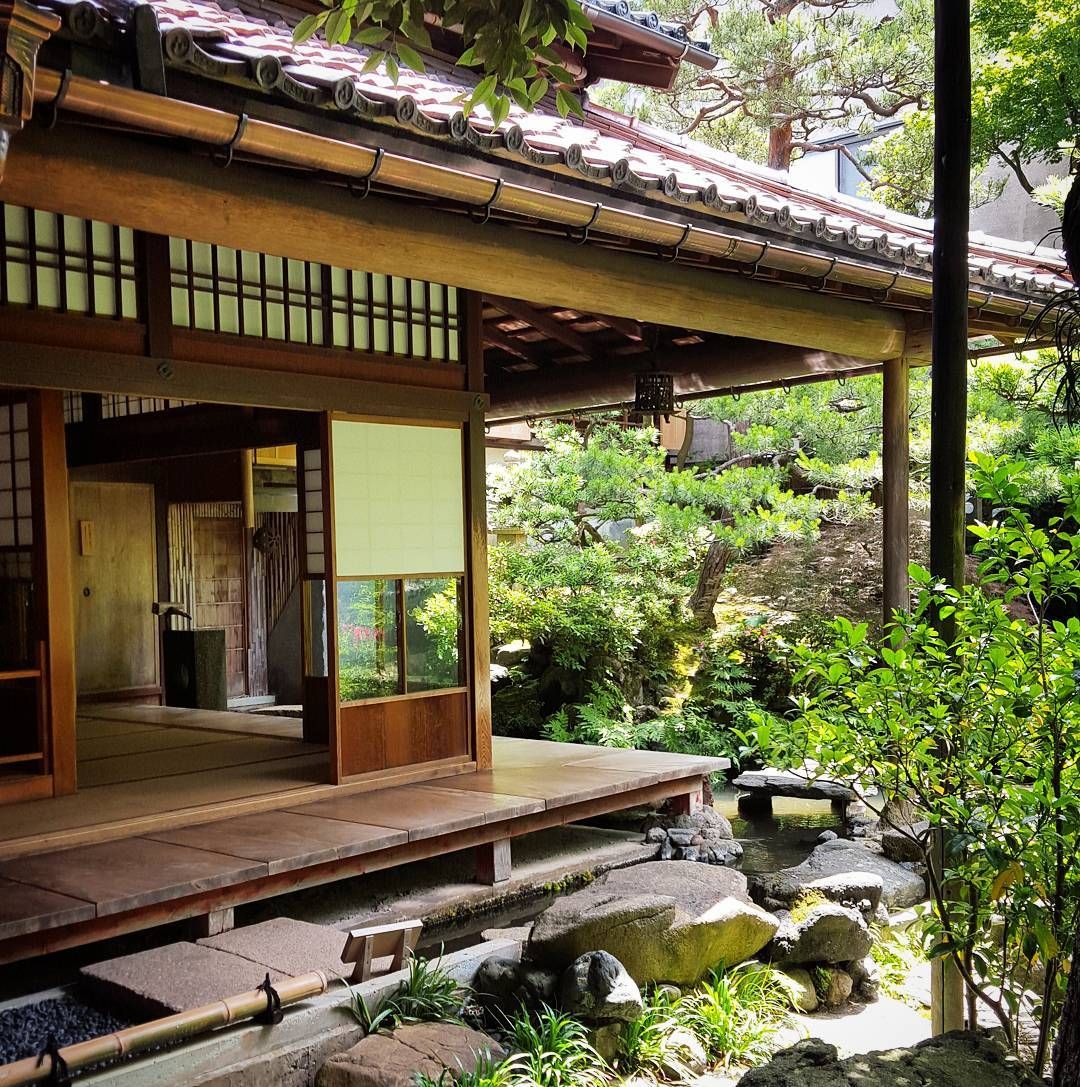 While we can no longer see samurai in Japan, their past still remains in Nomura Family Samurai House. Home to a samurai family in the past, the interiors, garden and artefacts in Nomura-ke is preserved and open to public. 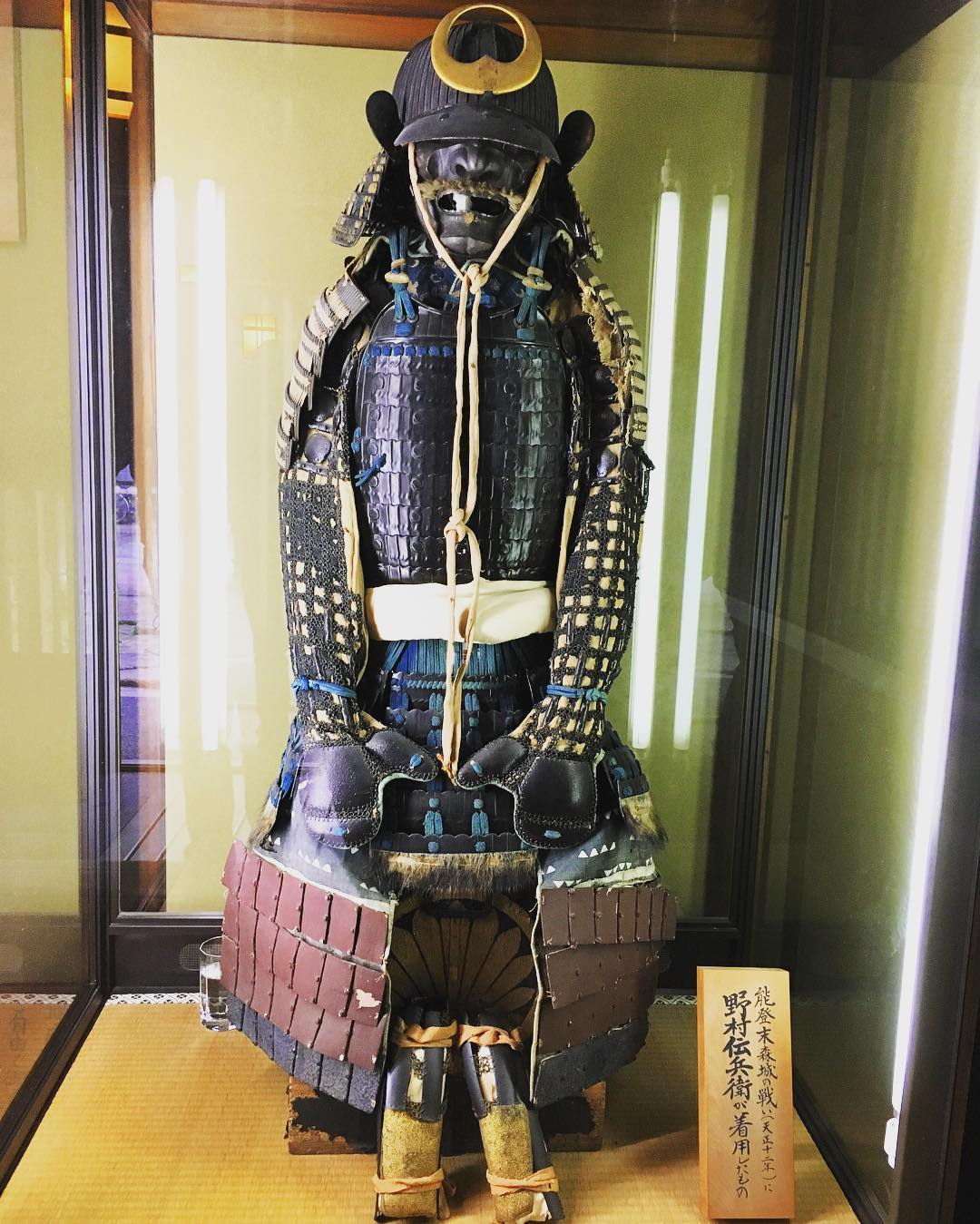 8. Make your own cute Japanese sweets at Kanko Bussankan 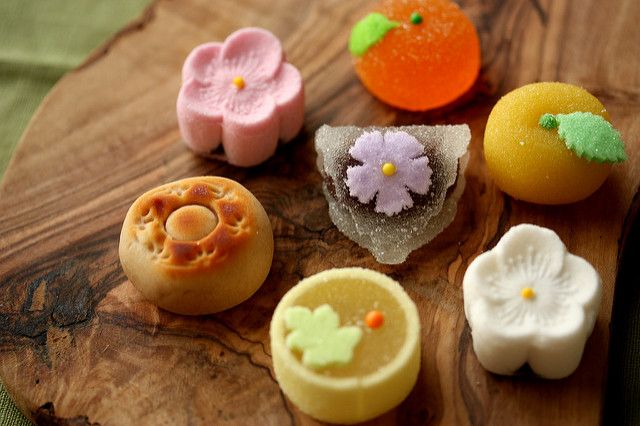 Level up your food art at Kanko Bussankan, where you can learn how to craft beautifully shaped Japanese confections you commonly see in the food section of Japan’s atas departmental stores. These traditional no-bake desserts are used in tea ceremonies, and are often shaped into leaves, flowers, and even bunnies. 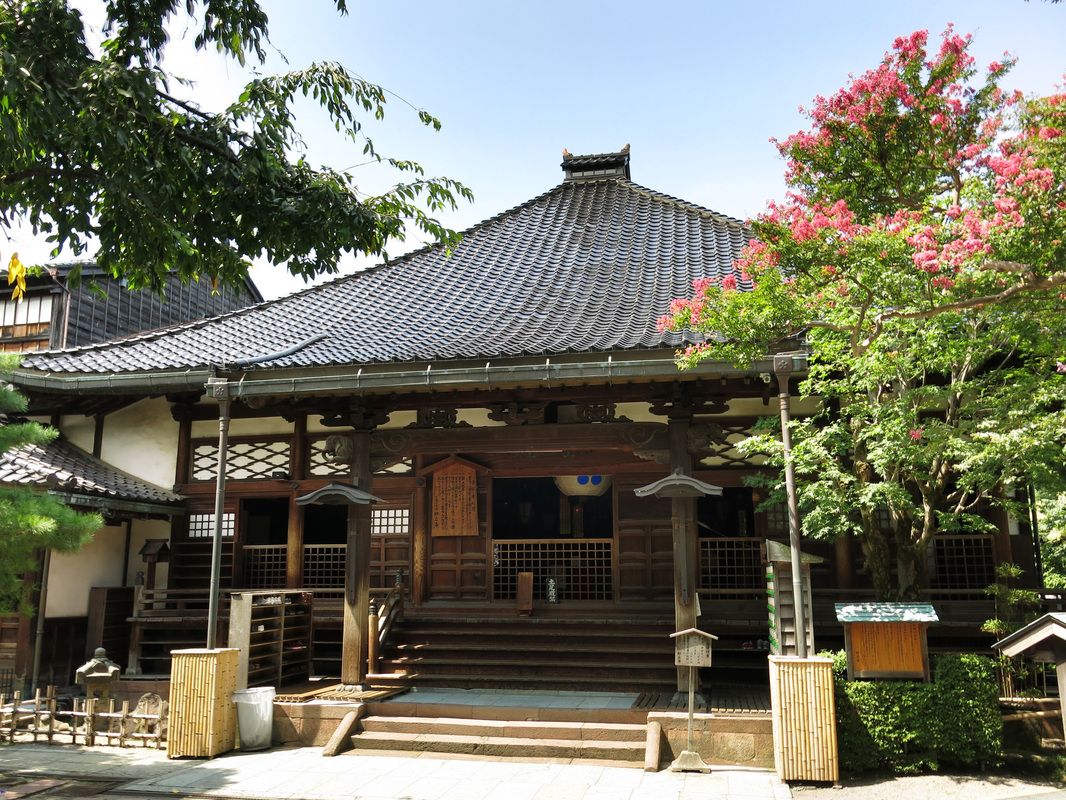 Don’t let its name fool you. Myoryuji Temple – also known as the Ninja Temple – was not owned by ninjas, but rather, by Maeda lords who used it as a defense post against enemies. Try not to get lost in its uniquely constructed hidden passageways and secret traps! 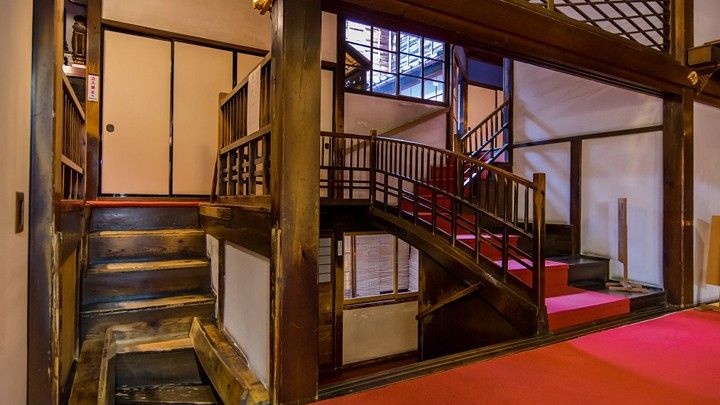 10. Picnic under the cherry blossoms at Kanazawa Castle 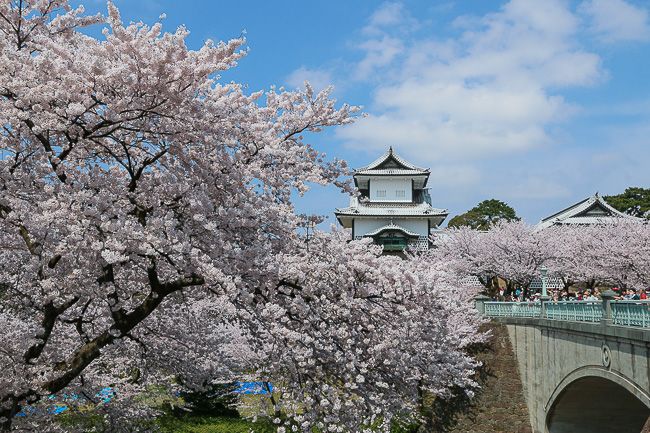 Famed as a cherry blossom viewing spot, Kanazawa Castle is especially breathtaking during full bloom season! Dabao a takeout bento from one of the nearby convenience stores, and blend in with the locals having a merry picnic under cherry trees. 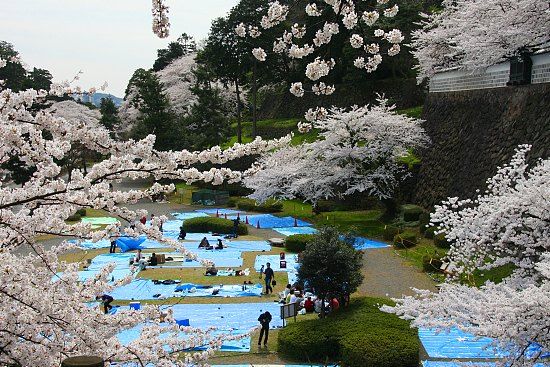 Escape the chaos of city life at culture-rich Kanazawa

Steeped in culture and full of scenic sights, Kanazawa is basically ‘Little Kyoto’ without the crowds. Stay near Kanazawa Station for ease of transport – the Kanazawa Loop Bus from the station takes you to most of the tourist spots, for only 200 Yen per each ride!