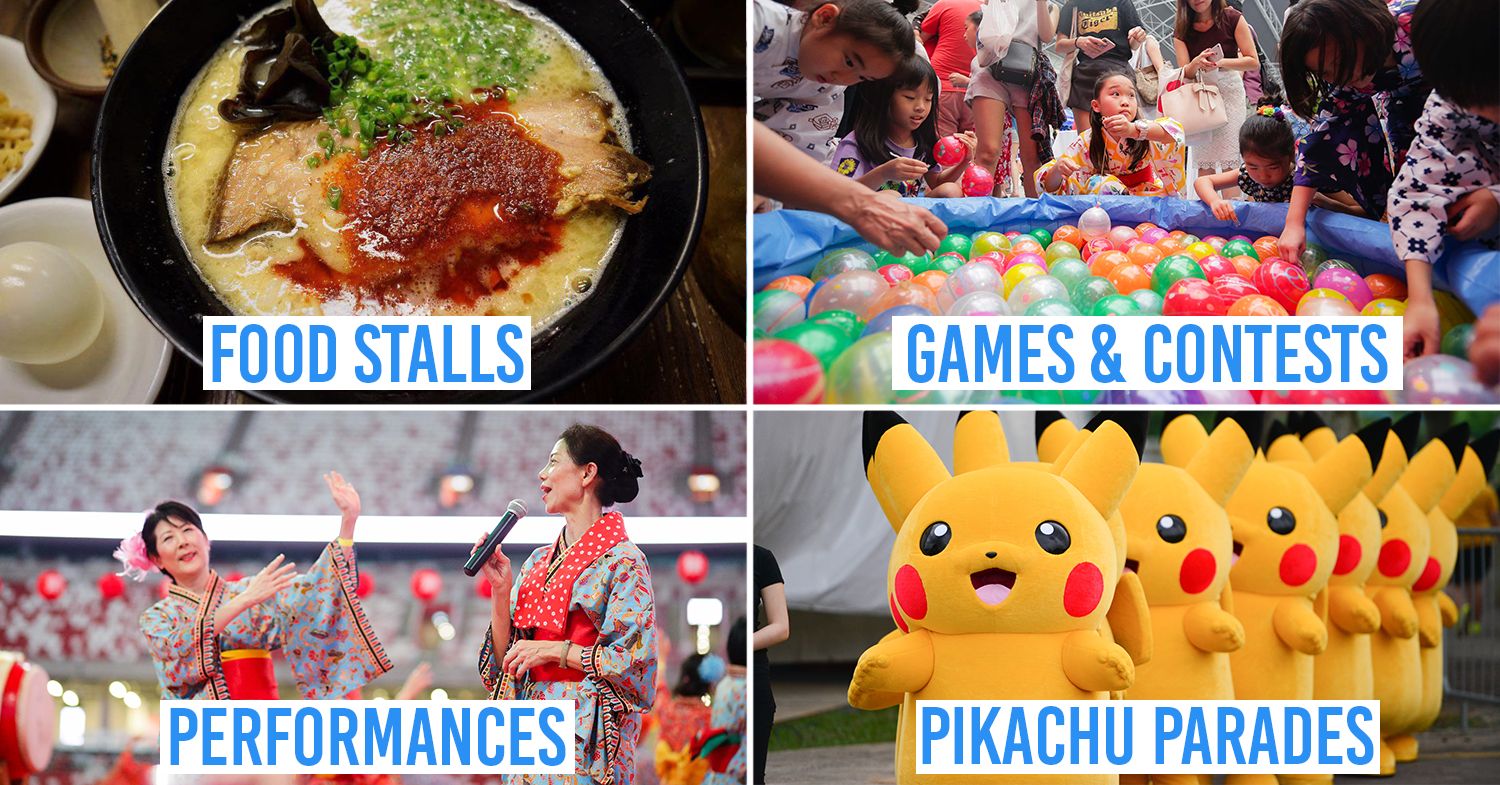 Fret not if you weren’t able to jet off to the Land of the Rising Sun for a mid-year vacay, as Singapore Sports Hub is bringing yet another edition of Japan Summer Festival to our sunny shores on 7th & 8th September 2019, and it’s bigger and better than ever.

With a jam-packed lineup featuring stage performances, game challenges, a Pokémon Carnival, Pikachu Parades and over 100 different F&B plus merch booths, you’ll pretty much be transported to Japan itself…even if it’s just for the weekend.

Read till the end to find out how you can score admission tickets at 25% off. 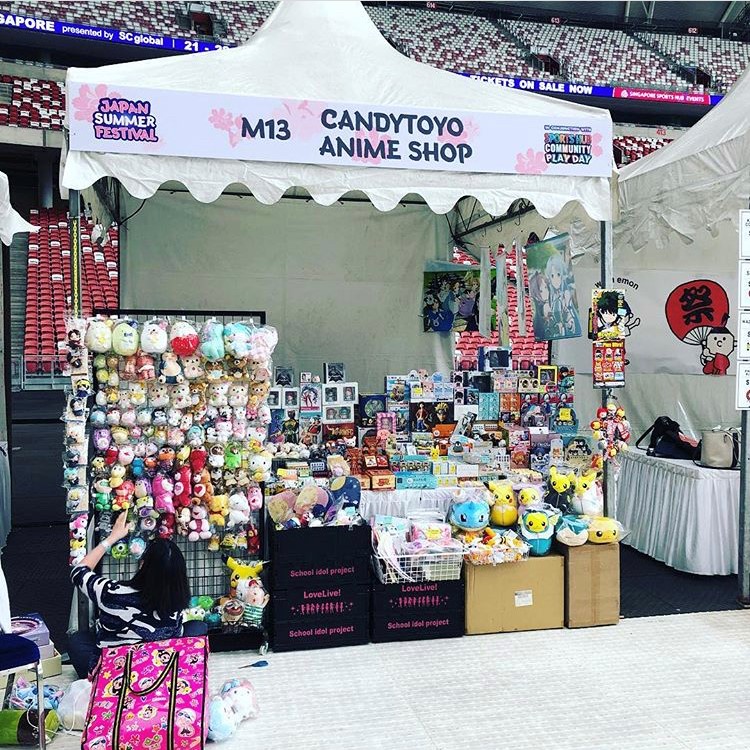 Stock up on an assortment of Japanese paraphernalia as well as authentic cultural staples from the merchandise booths. There’ll be over 30 different vendors on-site, peddling everything from Japanese kitchenware and skincare products to onsen vouchers and Hello Kitty bullet train tickets. 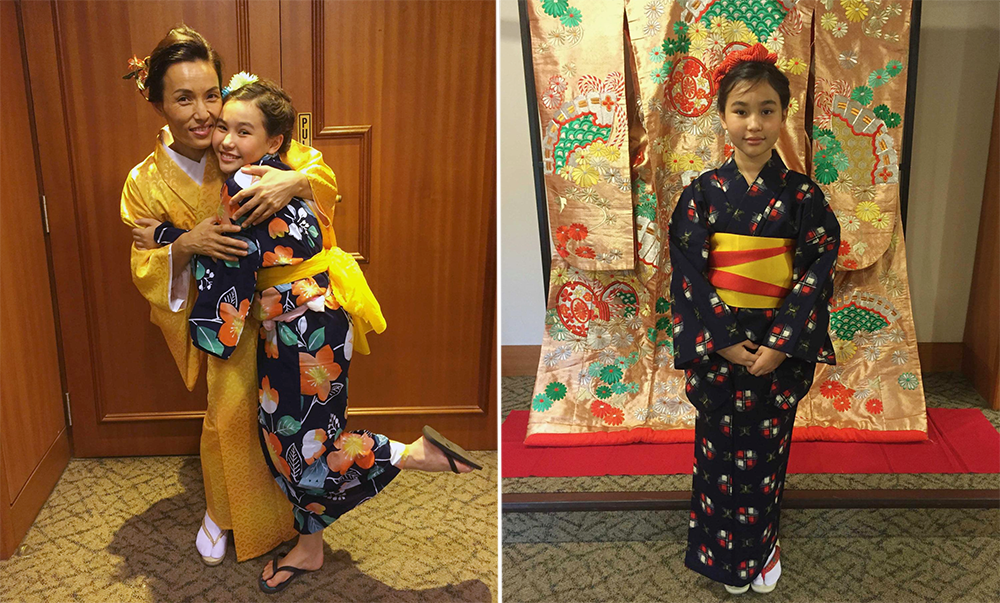 Seize the rare opportunity to don an authentic yukata set from the En Japanese Tea Culture booth, guaranteed to make for some unforgettable OOTDs. 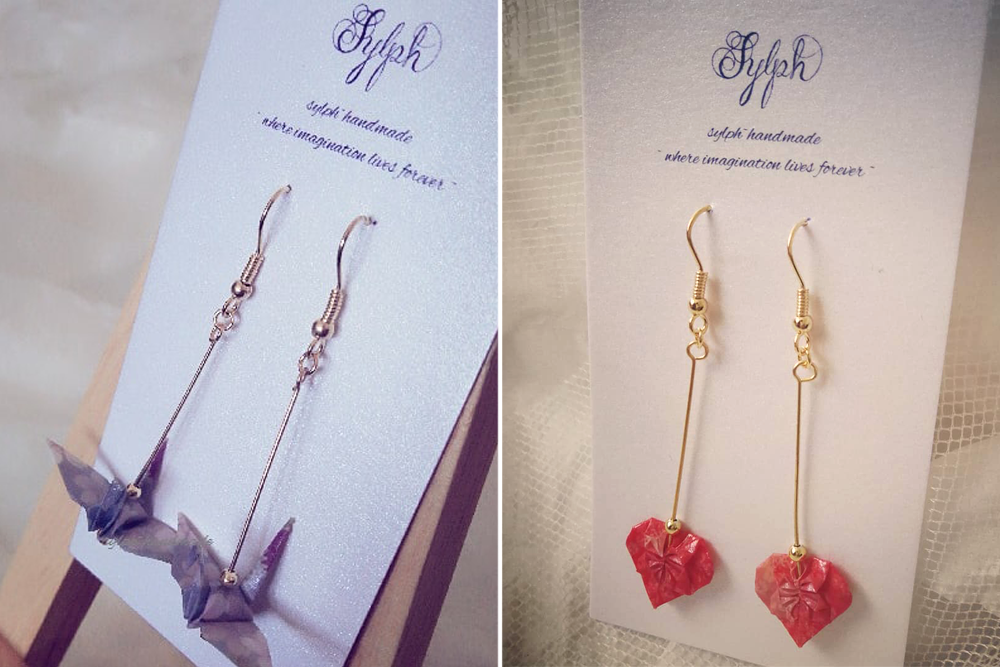 The tiny but oh-so-intricate origami accessories courtesy of Sylph are an effortless way to inject some elegance to your everyday get-up. 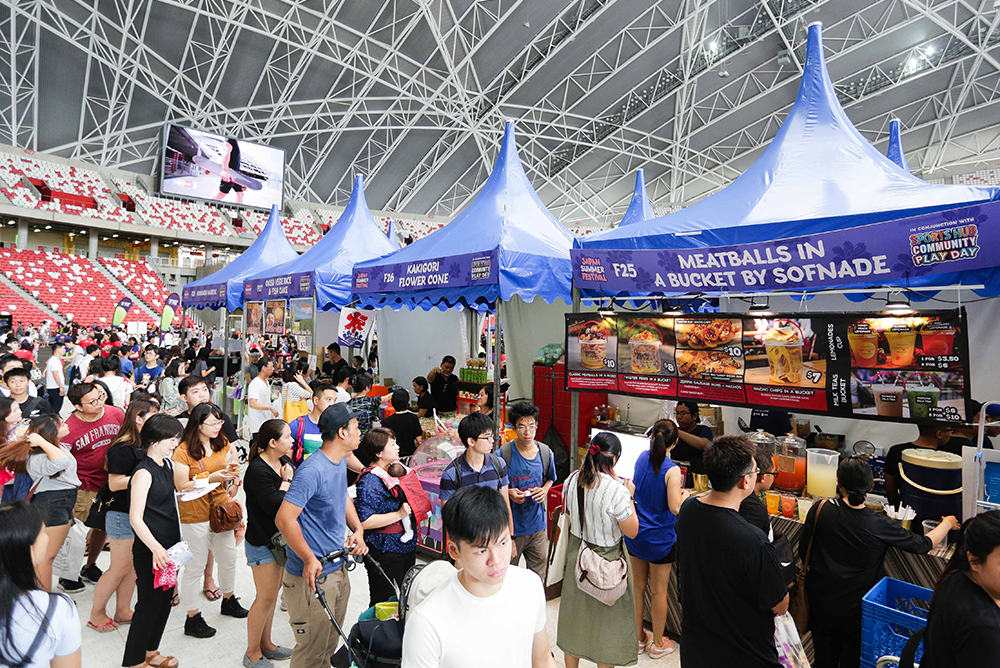 Singapore is undeniably home to throngs of hardcore Japanese cuisine lovers, and the extensive selection of F&B stalls at the event are nothing short of a Jap-foodie’s ultimate paradise. 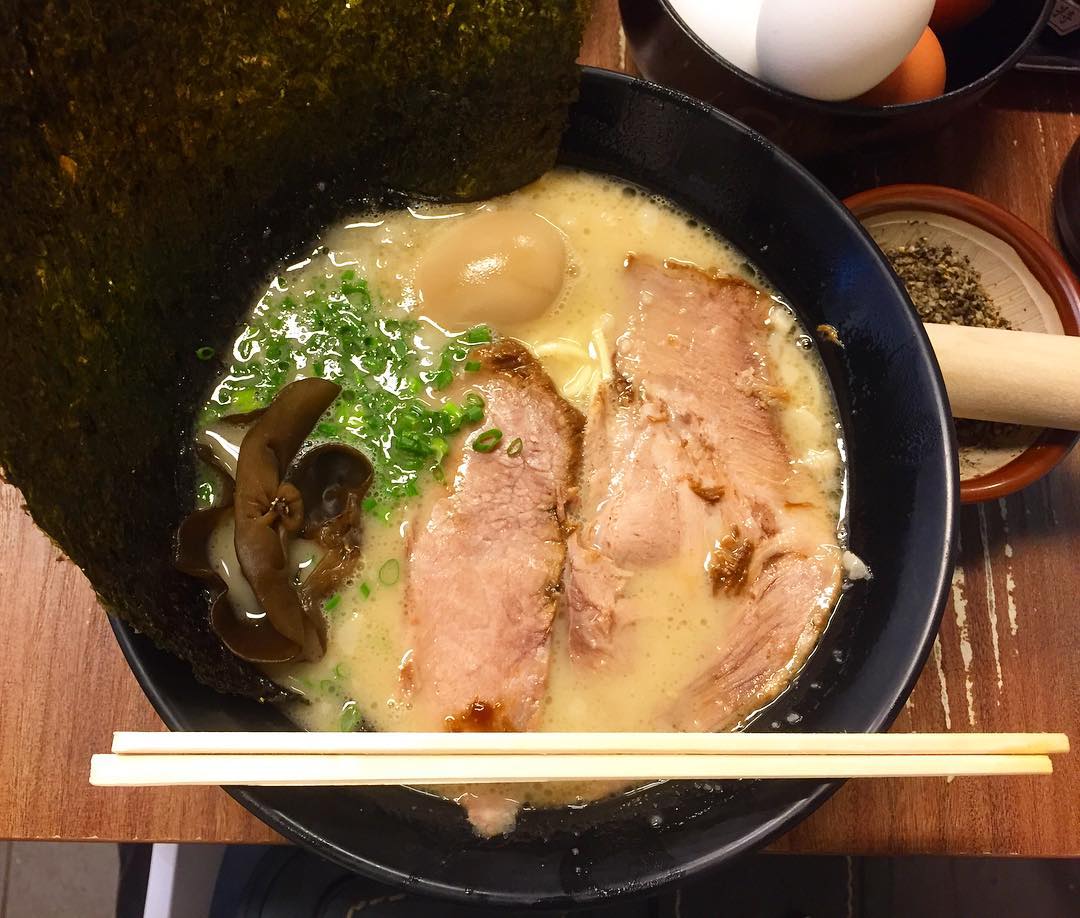 Slurp up a hearty bowl of ramen or two from Keisuke, one of Singapore’s most esteemed ramen chains. 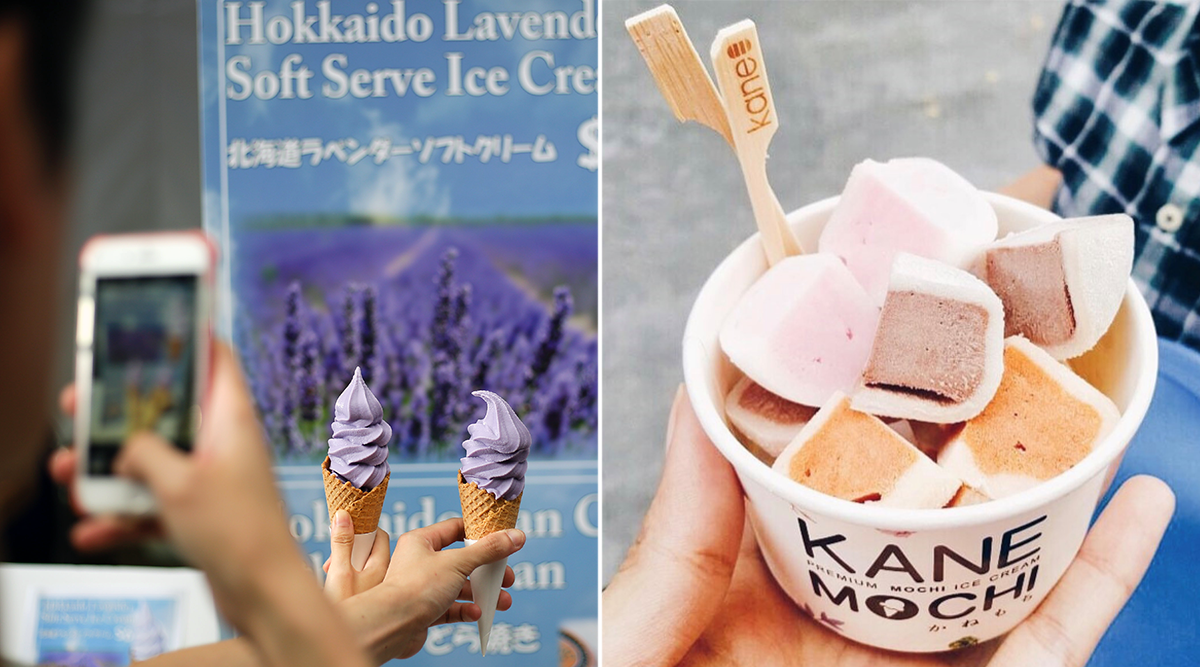 For dessert, there’ll be cream buns from Hattendo, aromatic lavender soft serves from Enmaru as well as adorable mochi ice cream bites from Kanemochi, just to name a few. 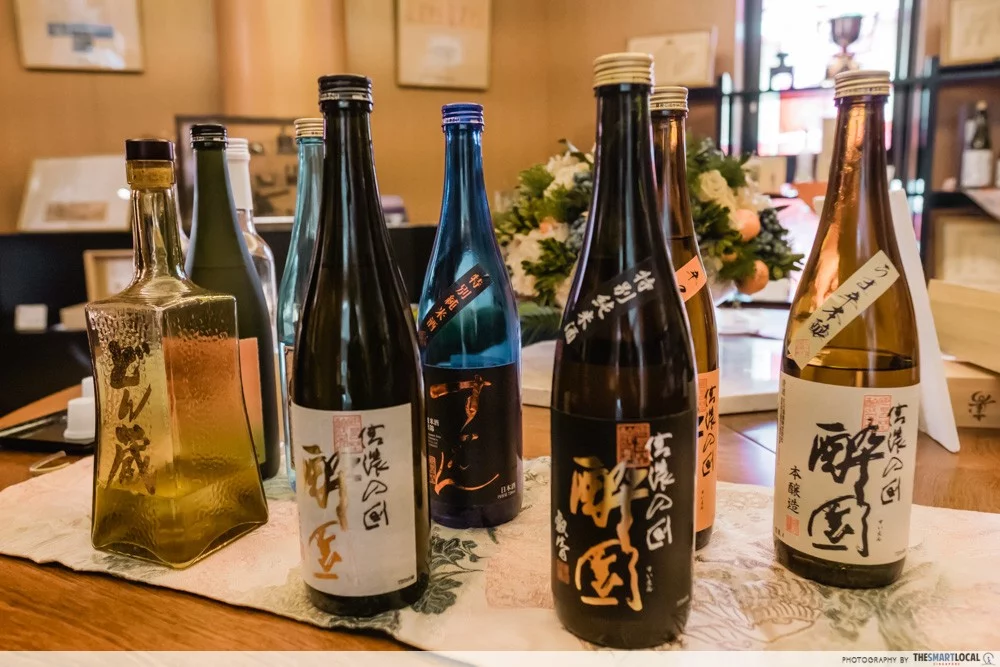 Wash it all down with some bottled sake, fruit liquor or Japanese fizzy drinks from beverage stalls like Hinode Foods, Kirei Japanese Food Supply and Yokimono. 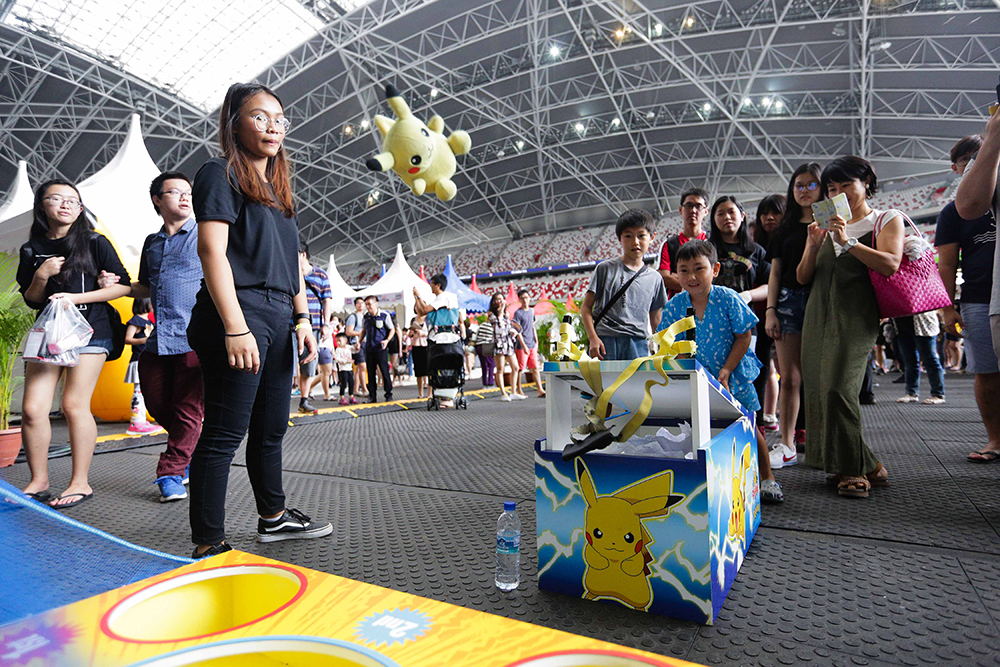 For a generation which grew up watching Pokemon cartoons on TV before catching virtual pocket monsters on Pokémon Go, a full-fledged Pokémon Carnival is our dream come true.

Take part in 6 different carnival-style games each with a Pokémon twist, including a “Feed Snorlax” game where you have to toss Pokéballs strategically to land on berries. 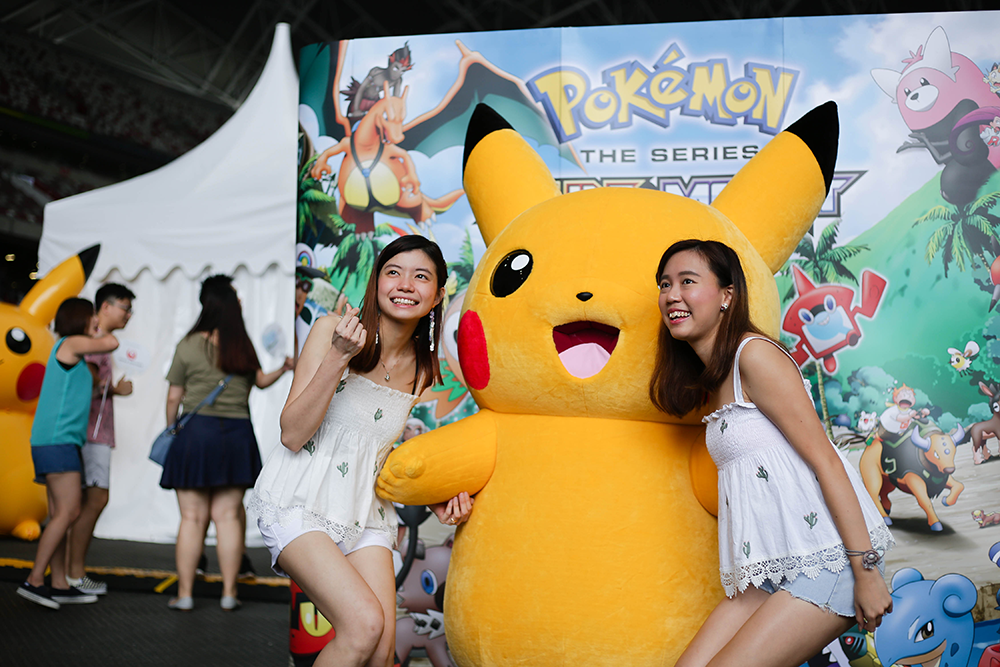 If you have a soft spot for Pikachu – and let’s be honest, who doesn’t? – make sure to catch the Pikachu Dance Parade taking place on both days of the festival, at 3.30PM and 5.30PM. 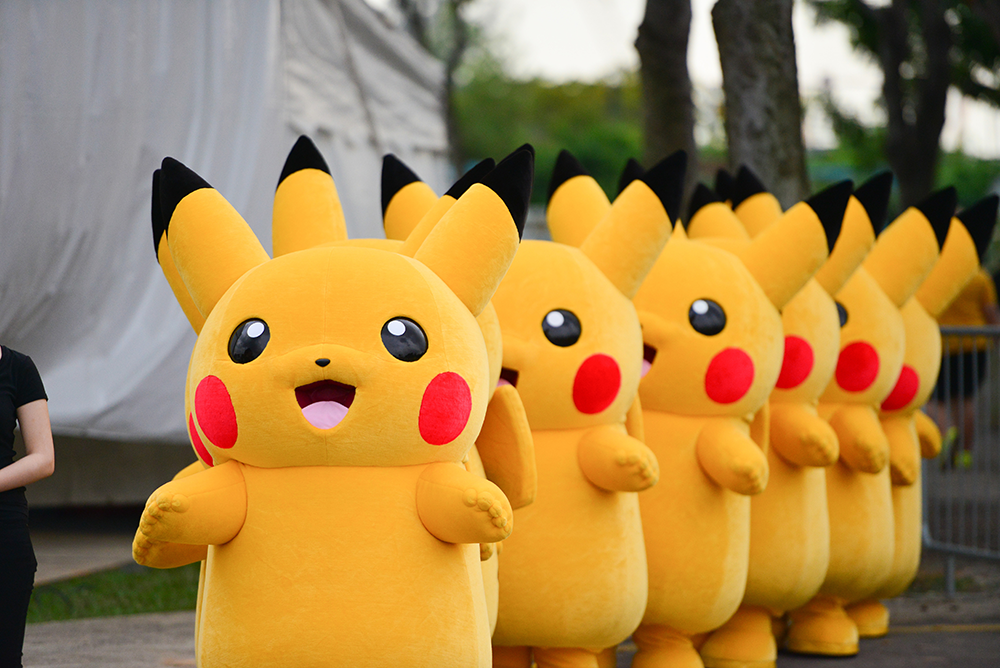 An army of cute and cuddly Pikachu mascots will be strutting their stuff and undoubtedly causing a wave of excited squeals from the crowd, at 5PM on both days. 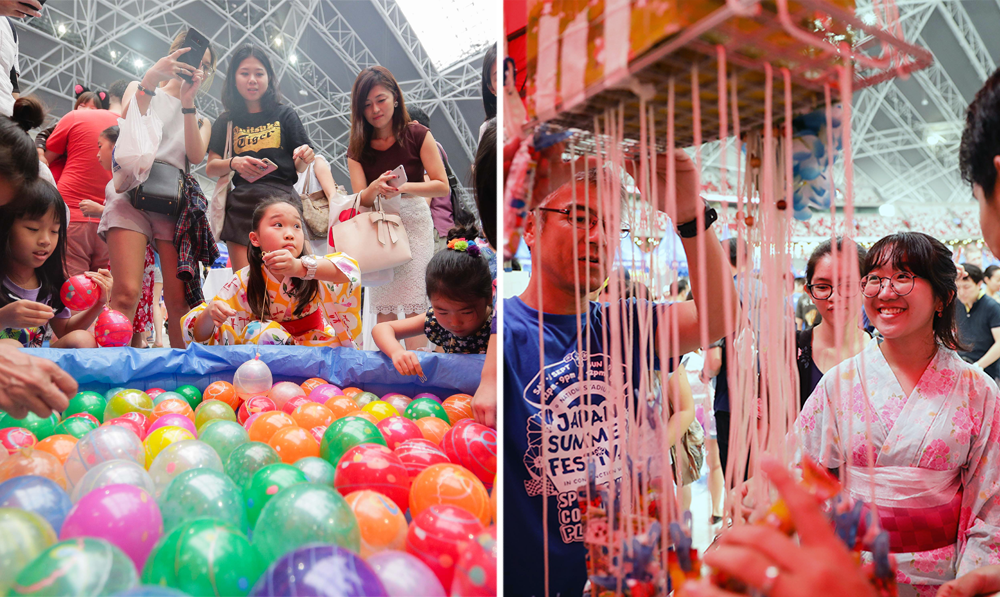 Revel in some light-hearted fun with a series of Matsuri games that’ll test both your luck and precision, from balloon-fishing and gun-shooting to a game called Senbonbiki, where the winner is whoever tugs on the lucky string.

Each game costs $2 per play, so go wild and see how many victories you can score! 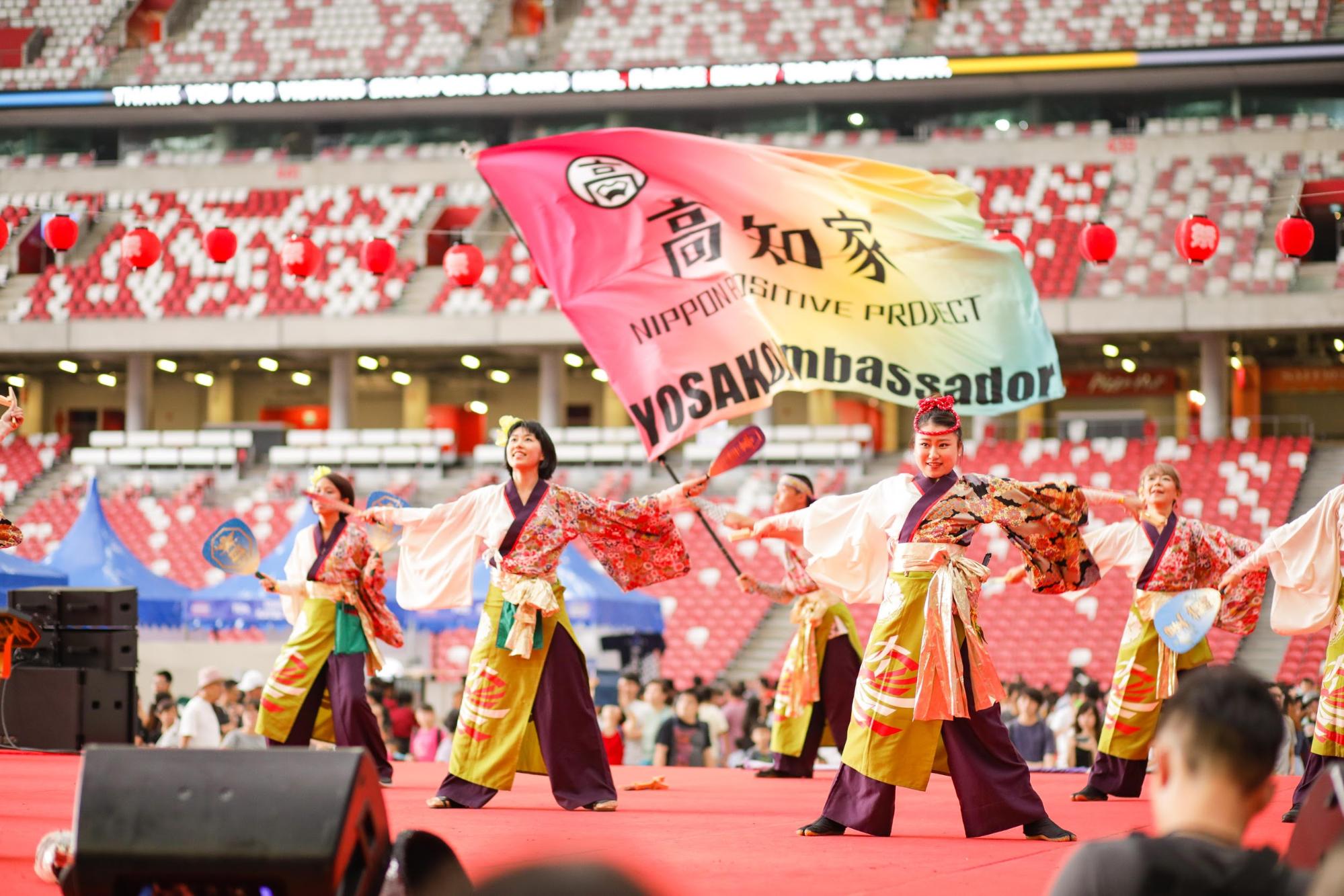 Kick back and take a break from the feasting and activities by enjoying some of the all-day stage performances throughout the weekend. Think show-stopping visual displays featuring meticulous choreography, awe-inspiring costumes and live instruments plus melodious crooning. 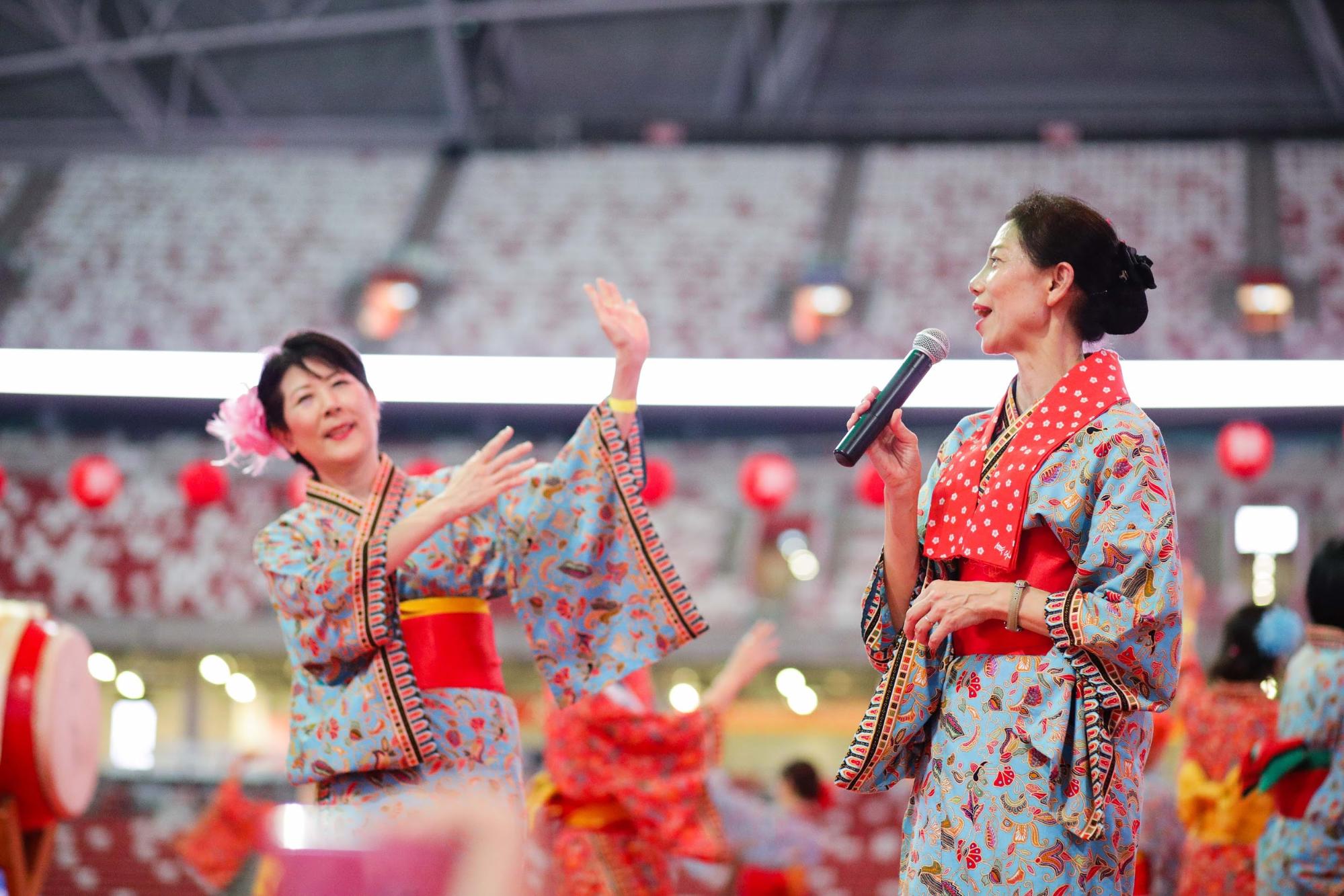 One special highlight to look out for is the traditional Bon-Odori dance, a lively folk dance carried out in a celebratory style during the “Bon Festival” in Japan. 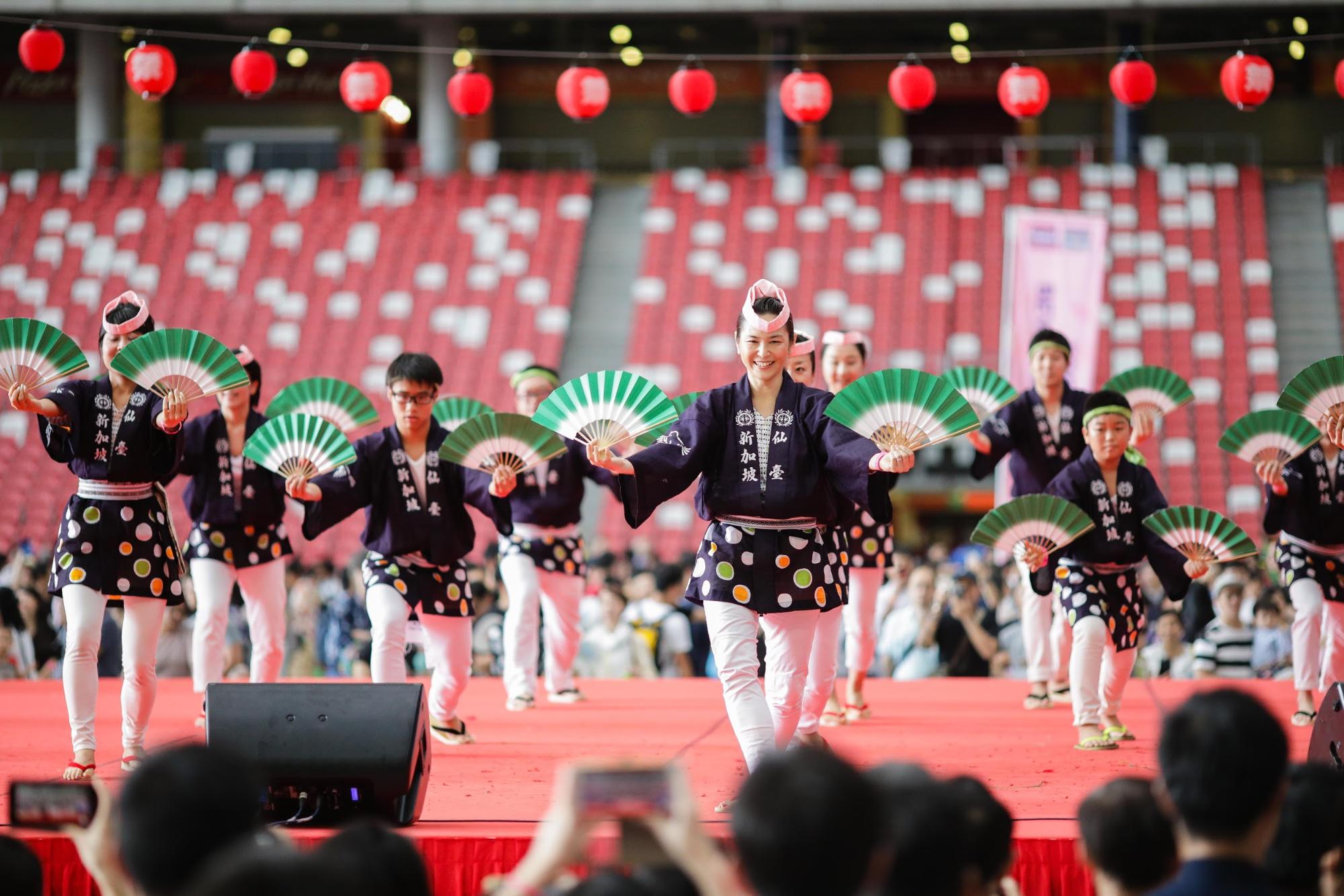 The spectacular movements and vibrant atmosphere usher in the festivities and welcome the spirits of loved ones who have passed on. 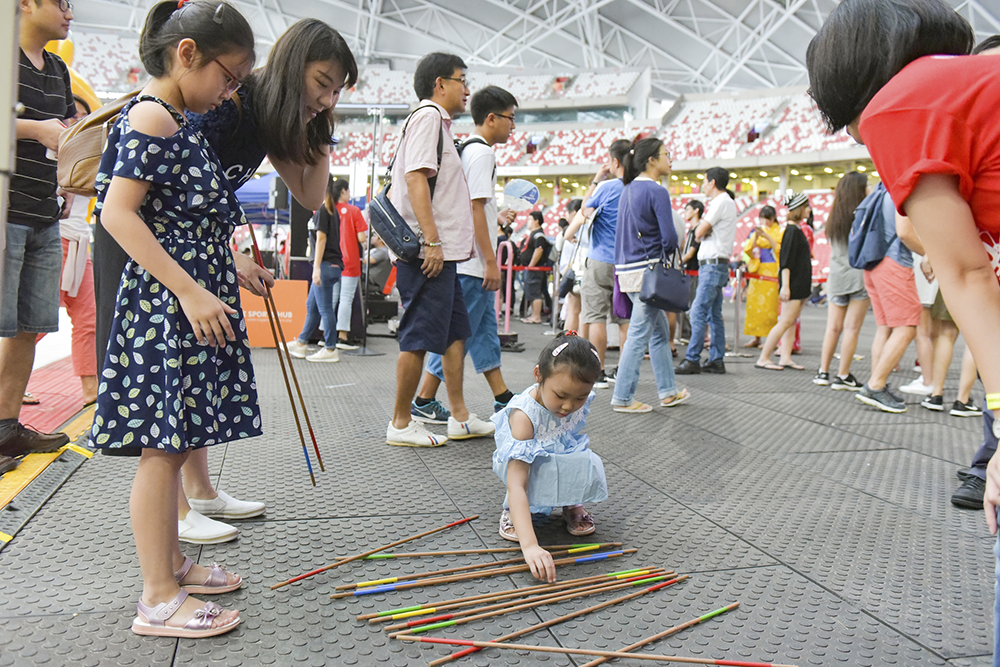 Engage your inner child and partake in some good ol’ nostalgia-inducing games within the Heritage Challenge Zone. In celebration of Singapore’s 2019 Bicentennial, attendees of all ages can try their hand at old-school classics like Five Stones, Pick-Up Sticks, Chapteh, Jump Rope and even a larger-than-life version of Snakes & Ladders. 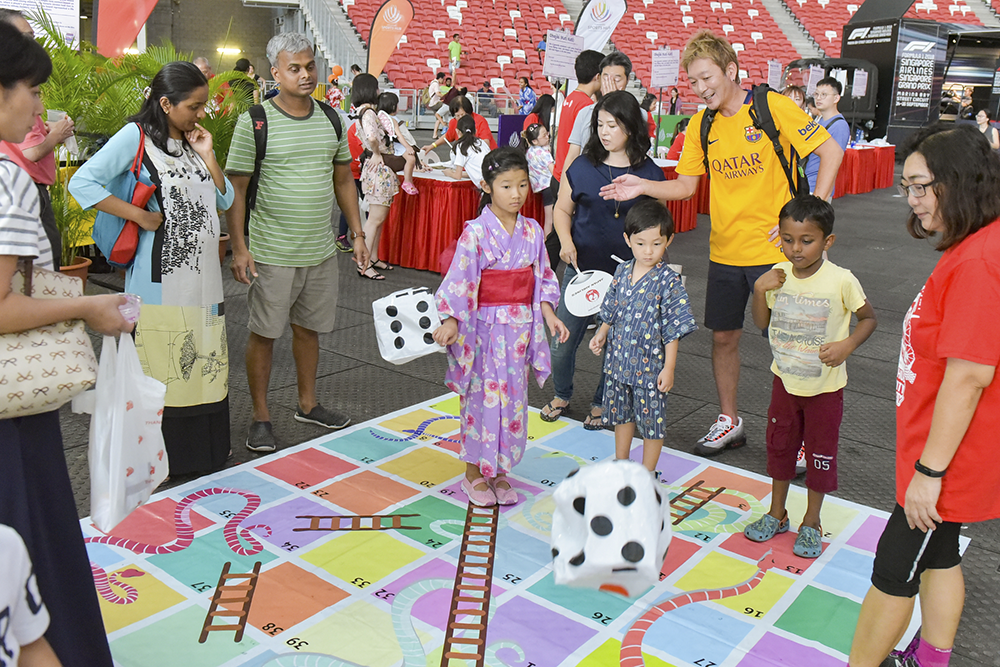 As a nifty bonus, participants also stand a chance to bring home some limited edition plushies that are uniquely Singaporean. 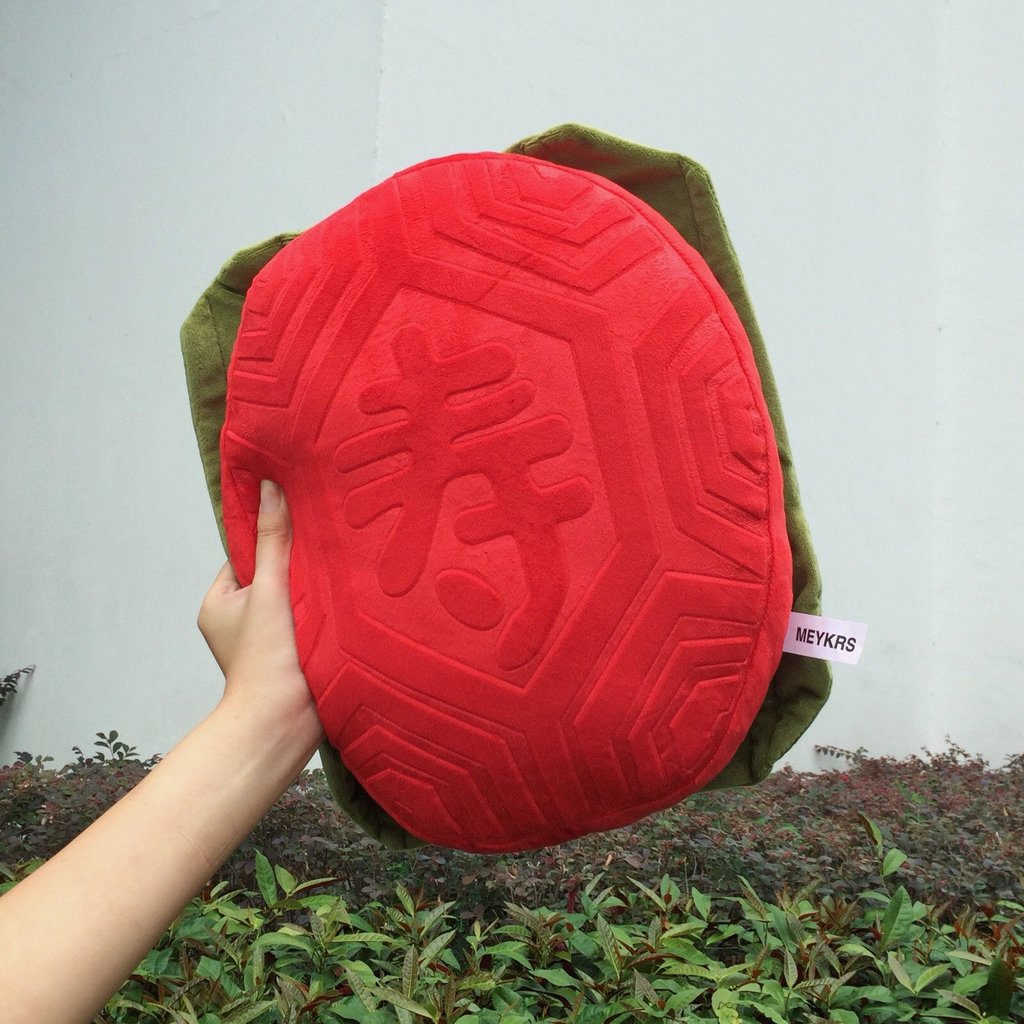 Designed to look like ang ku kueh, pineapple tarts and even otah wrapped in a banana leaf, these nostalgic plushies also serve as a heartwarming reminder of our rich culture and beloved heritage staples.

Boogying on the dancefloor is a surefire way to torch loads of calories, without even feeling like you’re working out. The J-Pop Dance Jam will be a 90-minute non-stop dance sesh fuelled by Japanese chart-toppers blasting through the speakers as well as high-octane hosting led by Japanese instructors.

More than simply grooving along to the music, the exuberant instructors will also be taking you through some fitness moves that are easy to follow yet highly effective in toning those muscles and getting your heart rate up. Cardio for the weekend: sorted!

Additionally, all participants are eligible for a fitness check-in at the Sports Hub and ELXR community fitness assessment zone. 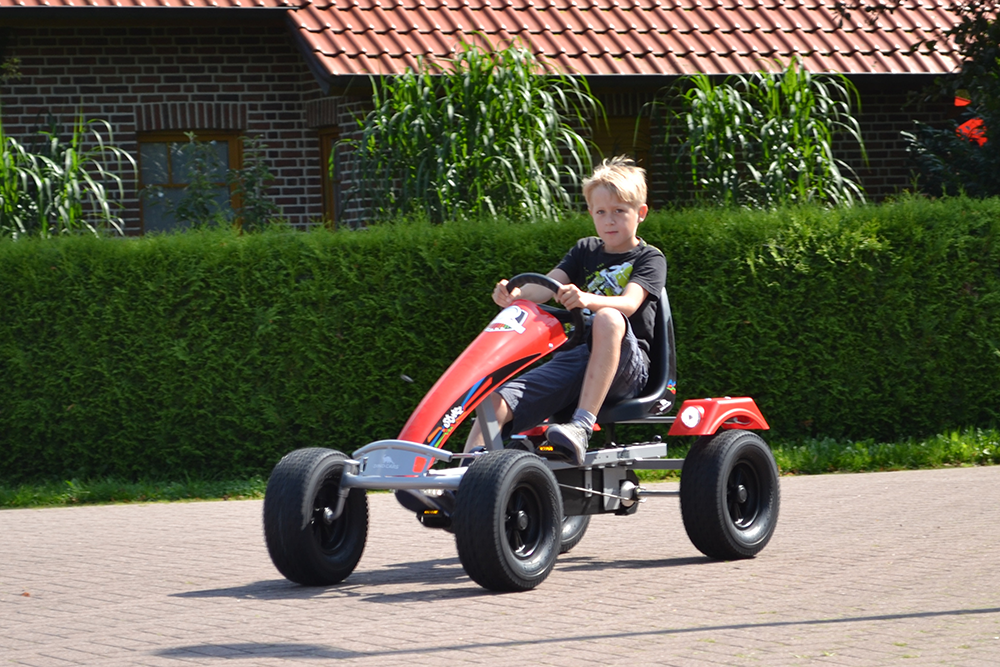 Satiate your need for speed by zipping through a 200-metre race track in a pedal go-kart, an amped up version of the little tricycles we rode as kids. If you partake in the race while dressed in a heritage costume from the event, you’ll be rewarded handsomely for your sporting nature with a badge of honour and prizes like a Limited Edition Sport Kit. Speaking of dressing for the occasion, there’ll also be a cosplay showcase that’s sure to be a delight for both participants and onlookers alike. 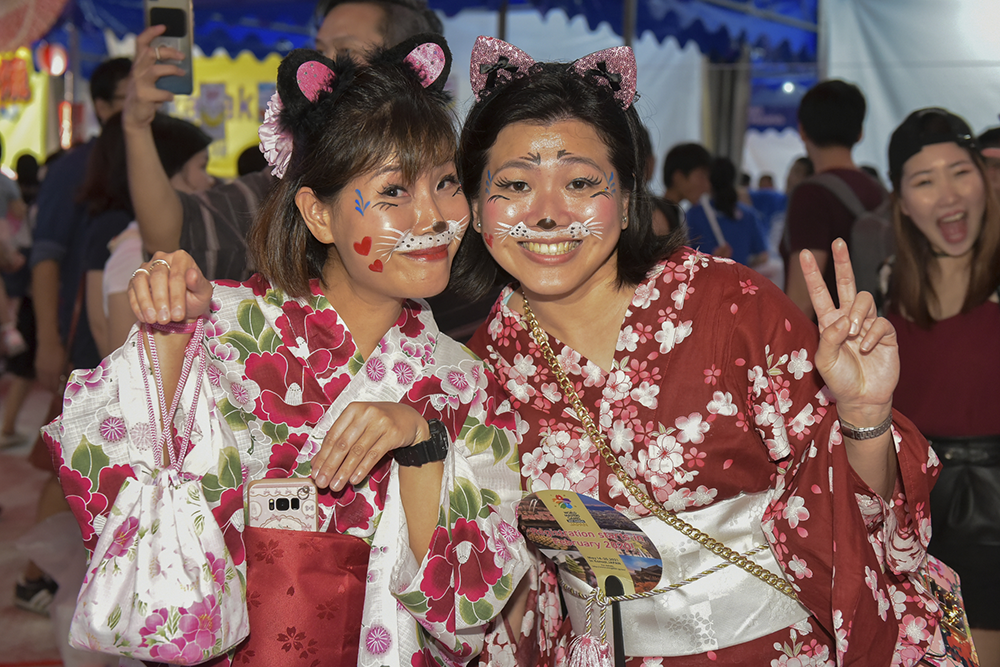 Prizes for the Top 10 best-dressed individuals include mystery concert tickets worth over a hundred bucks each. 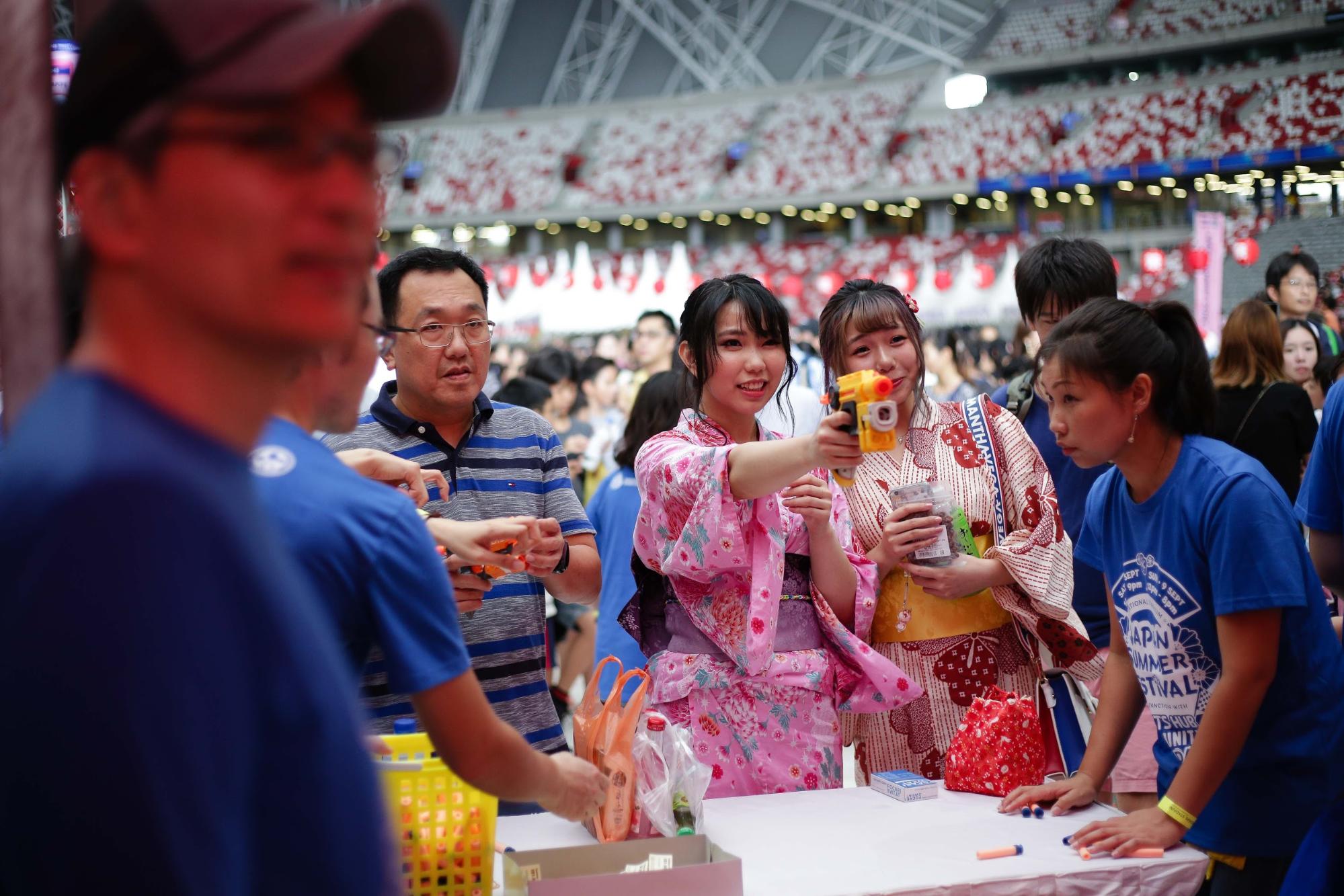 Delve headfirst into all things Japanese at the Japan Summer Festival, in conjunction with the Sports Hub Community Play Day. This special Bicentennial edition celebrates the nation with a series of cross-cultural experiences you won’t find anywhere else.

The diverse range of things to do, see and eat will do nicely to quell your food cravings, check off your shopping wishlist and curb your wanderlust before you embark on an actual trip to Nihon.

Tip: Snag your tickets now for $6 each, instead of $8 per ticket if purchased on-site at the event.

Find out more about the Japan Summer Festival here

This post was brought to you by Singapore Sports Hub. 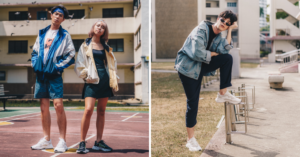 90s Fashion Trends In Singapore To Wear In 2019 That Are Not Surfer Board Shorts Or Wallet Chains
Tan Yu Famous Grilled Fish Opens 2nd Store At Westgate With 12 Savoury & Spicy... 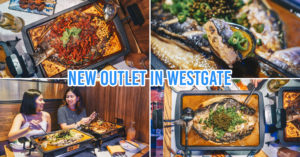