Traverse a hundred years of history through the comings and goings in a hotel – W!LD RICE’s upcoming play is an epic, ambitious production in two parts, each spanning fifty years of history. The themes of progress and post-empires are explored in Hotel, where the ever-changing array of guests, chambermaids, bellhops and owners illustrates our tumultuous history.

Co-directed by Glen Goei and Ivan Heng and written by Alfian Sa’at and Marcia Vanderstraaten, Hotel features a stellar cast of actors and actresses from Singapore, Malaysia and the UK.

Hotel is an all-new, original play that promises to be a riot, but also uncovers insights about our past and draws startling parallels between our past and our present. I had the chance to talk to director Ivan Heng and here’s what we learned about Hotel!

TSL: Tell us more about Hotel!

That’s quite a few empires. And therefore we said, why don’t we just look at the history of Singapore over one hundred years? I find the idea of SG50 seriously limiting and reductive, so it felt to us that we needed to go beyond the state-sanctioned narrative.

We were inspired by the metaphor of a hotel. We spend a significant portion of our lives in hotels. You leave only to have the chambermaids come in and clear up all traces of you for the new guest to enter. That metaphor seemed to ring true for Singapore, which changes so quickly. That became resonant as a metaphor for life, where we check in, check out and then you ask what is remembered, what is it you leave behind, what is it that is erased. So I think it became very powerful and inspiring for the company.

TSL: How did you manage to choose the events to portray in Hotel and what events we can look forward to?

Ivan Heng: The process of creating Hotel was very interesting because the first thing that we did was to audition. We selected the very best company of actors that we could find. Every single actor was given an opportunity to deliver a lecture, to share with us what happened in a particular decade.

1915 was this whole Sepoy mutiny, a resistance movement towards the colonial powers. 1945 is the end of the World War, so that was also very powerful. ‘65 was the year we separated from Malaysia, again, we had to find a way of dealing with it on a human level.That was the whole situation where overnight, the whole thing was done in secret. People woke up one morning and suddenly there was a radio announcement. At noon, Lee Kuan Yew came on television and wept. And then people had to choose whether to live in Malaysia or Singapore. You can see how these events lend themselves to very dramatic situations.

Every decade has something. In ‘55 we thought to look at the time when Singapore was the Hollywood of the East. So no, we were not a swamp. There was a time when the world, certainly all of Asia, congregated in Singapore to make movies. So you had a Hong Kong producer, Chinese producer, Indian director and Malay actresses. It was about people coming together in the Hollywood of the East to create.

There’s lots to look forward to. It’s one of the most ambitious projects that W!LD RICE has ever attempted because it’s producing one play that will, at the moment, run for about four hours in two halves.

TSL: Are there differences between the two parts of the play?

Ivan Heng: Any difference between the two halves? No, every decade you tell a particular story.

After having worked on it for so long, what is beginning to emerge is the idea of our identity. That idea of empire – it’s about the victors and the vanquished, those in power and those who lose power, those who colonise and the idea of decolonisation. Ultimately, it comes down to who we are, how we interact and respond to the idea of ‘empire’.

I think that you will see yourself and your parents when you see this epic sweep of theatre spanning a hundred years. You almost see your life being played out in front of you, because as you know in Singapore, we get very obsessed with our identity. And that’s also because on our island, we’re very small-minded, closed frogs in a well. But [through the play], you look at the history of Singapore and the history of the world and you look at Singapore in its place in the world.

TSL: What kind of characters can we expect to see and which characters do you find most compelling?

Ivan Heng: I find every single one of them very compelling. You have a Japanese, he’s the editor of the Syonan Shimbun, who’s planning the press release to announce the Japanese surrender. At that time it was also very managed because Japan didn’t want to give the impression that it was surrendering. Anyone who’s in the press will recognise themselves by how the media is so controlled and censored.

It’s difficult to single out any character. If you find anyone not compelling, then I don’t think the actors are doing their job and neither are the directors or the playwrights. I think it’ll be a very gripping drama, which is also funny and moving… it’s very W!LD RICE, in that sense.

TSL: The play centres around the theme of progress and Post-Empires. What happens after? What do you see in Singapore’s future?

Ivan Heng: Well, we’re going to have our elections in September. That’s post-empire. We’re now living in a post-Lee Kuan Yew empire. We’re living in very interesting times, ever since that watershed election where everyone finally had a chance to vote… except in Tanjong Pagar.

But I think Singapore is undergoing a great deal of change. There are mornings I wake up and wonder whether or not we’re becoming more democratic, but then the way things are being run, we’re becoming more and more close-minded. The conversations this year have definitely become more controlled, [and] people are much more anxious and find that the authorities are probably more anxious because it’s the election year.

TSL: How far does Hotel deviate from the whitewashed, state-sanctioned history?

Ivan Heng: We don’t set out to be controversial – we set out to provoke thinking. I view the theatre as where different viewpoints can exist in the same time and space. Everything is about people having different points of view – that would be my hope, for a more progressive Singapore. As we become more and more mature, that we would begin to have more space to have different points of view. That’s what the theatre, or certainly this play, offers us.

Ivan Heng: I love all fairytales, I think fairytales are very interesting. My favourite fairytale of the moment, du jour, has to be The Emperor’s New Clothes (an upcoming W!LD RICE production). It’s coming out, we’re working on it.

This year has been interesting because I was working on Another Country and of course, our very own story of the swordfish. It’s the story where the young boy said “hey, you’re a bit stupid. Why don’t you use banana trunks?” And the boy was killed for speaking the truth or having a different point of view.

Ivan Heng: Treat. But it depends – is it a trick being played on you or do you like playing tricks? But treat, treat, treat.

If you could only read one book for the rest of your life, which would it be?

Ivan Heng: Wow, why restrict myself to one book? No, I think one should be open to the library of the world. Not just settle on one. I never settle on one.

Get your tickets at SISTIC or find out more about Hotel here.

This post is brought to you by W!LD RICE Ltd. 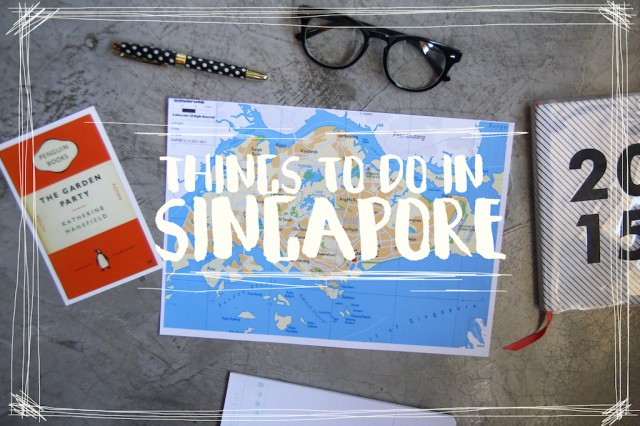 Explore The Best of Singapore In Singapore Under 3 Minutes - Guide To Singapore: Episode 5
10 Convenient Hostels in Melbourne From AU$21.00 A Night 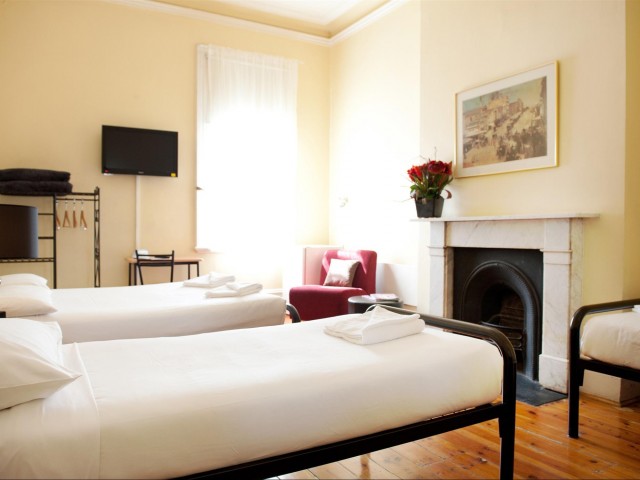