Horoscope gifts for the zodiac signs 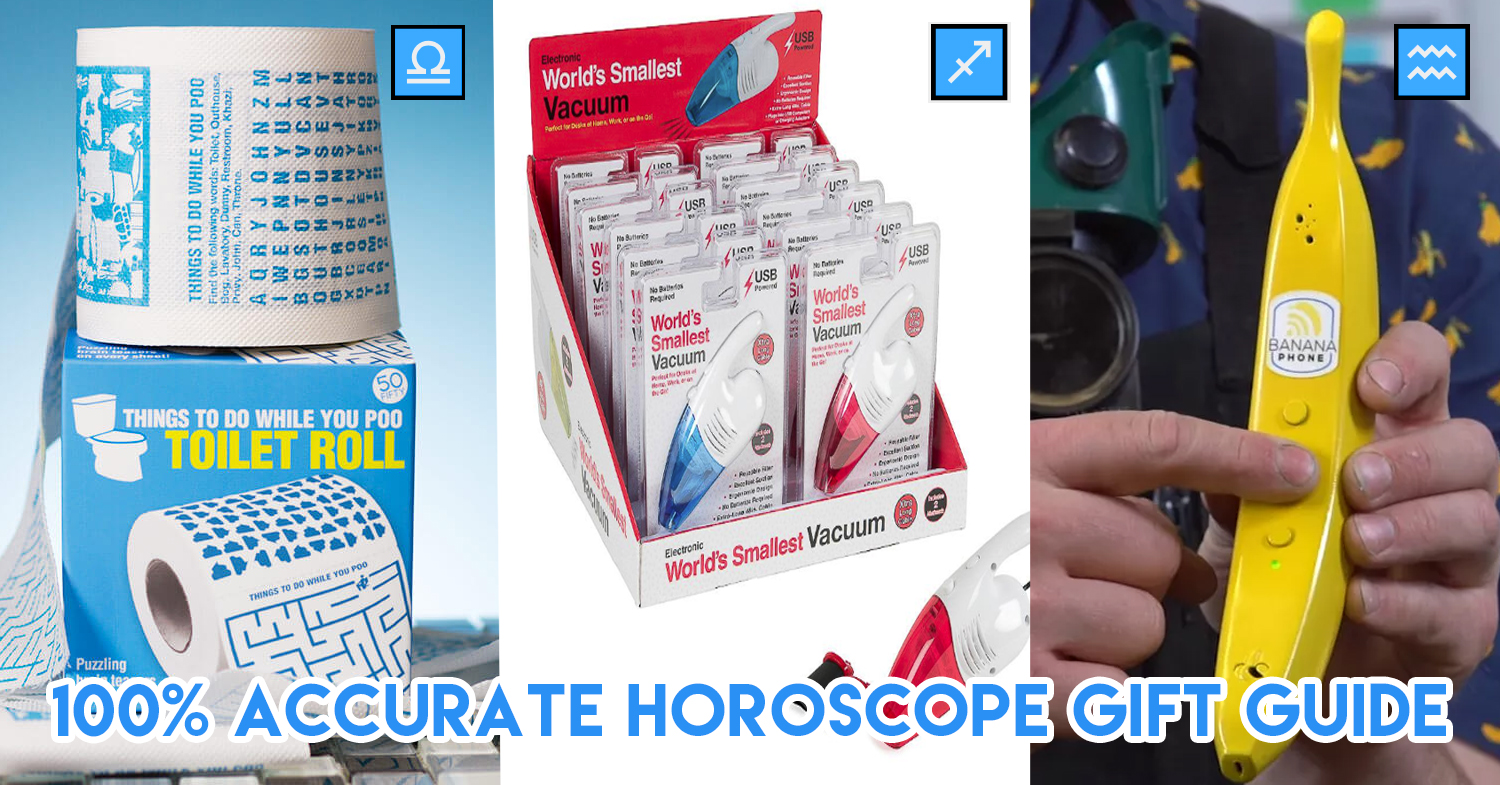 There are 3 kinds of people when it comes to horoscopes:

If you’ve got a friend that nestles right between 1 and 3, we’ve got just the gift for them – perfectly tailored for their personalities which have been set in stone by the stars.

Warning: We will not be responsible for you getting blocked, unfollowed, and unfriended. Also, this is a joke, so relax ah!

If anything the zodiac tells me is true, then I’ve got 3 words for Arieses: Chill out, fam.

But if you aren’t an Aries, then good. That means you don’t maybe-sorta-actually want to kill me for asking you to calm down. Worry not my friends, I’ve got the perfect thing for the Hulk in your life, and it’s none other than Panic Pete. 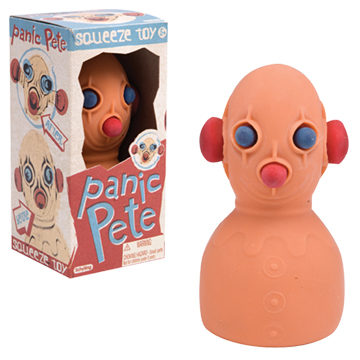 Jurassic Park fans might recognise this humble squeeze toy from its minor role in the film, and the rest of us might recognise it from our nightmares. No matter where you’ve seen it, Panic Pete will be there for any Aries to let out their seething anger on the inside and just…relax.

The clock strikes 12. It’s the New Year. Your Taurus friend looks at you and says, “This year, I confirm plus chop going to work out.”

11 months have passed since then. You check in on them. What happened? you ask. They shrug their shoulders and say, “Why get thinner when you can get dinner?” They didn’t even make that joke up themselves. It’s from the internet. Shame on you, Taurus. Shame on you.

So what do you do? Get them a self-stirring mug. If they’ve even managed to make their own food, they can have a drink to go along with it. 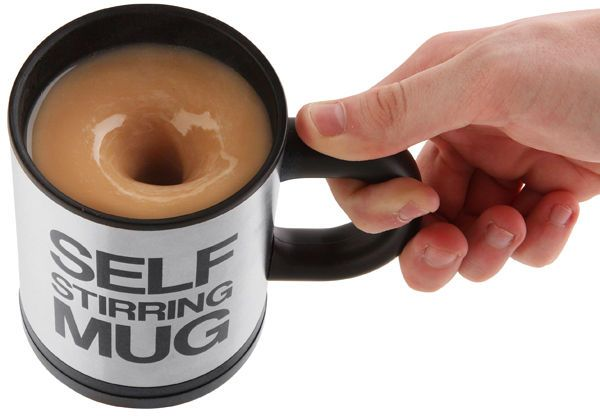 They don’t even have to go the extra step with doing any of the mixing. It’s very tiring, y’know?

Sometimes they’re Miley Stewart. Sometimes they’re Hannah Montana. But no one can blame the Geminis. With a pair of twins as their symbol, there’s no surprise why they’ve got the stereotype ‘two-faced’ pegged on them – the cosmos have made their decision.

Help them through their identity crisis by getting them a LED Mirror – then cross your fingers and hope they find themselves. 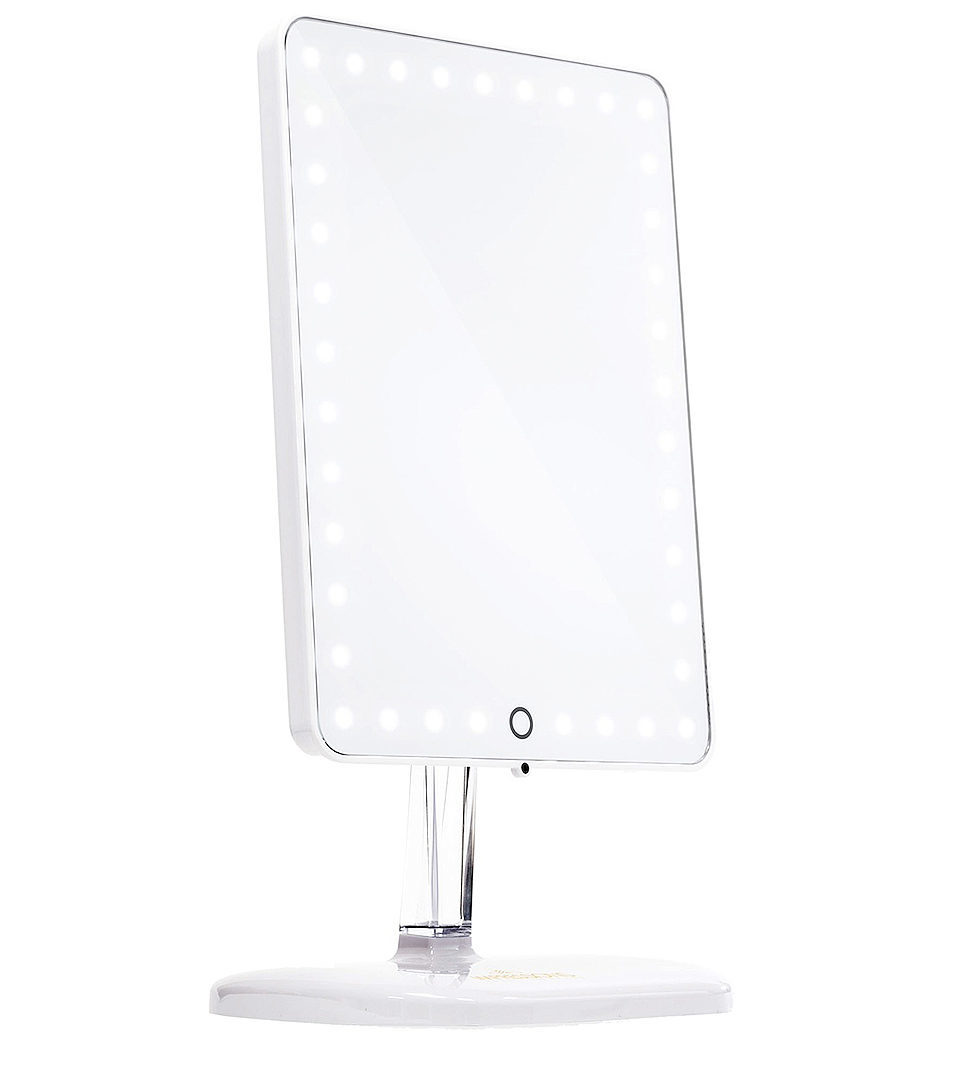 “Mirror mirror on the wall, who is the truest me of them all?”
Image credit: Revolve

4. Cancer: the one that just needs a hug, tbh

At least with the Macaron Compact Tissue Box, they’ll feel a little cuter when crying. 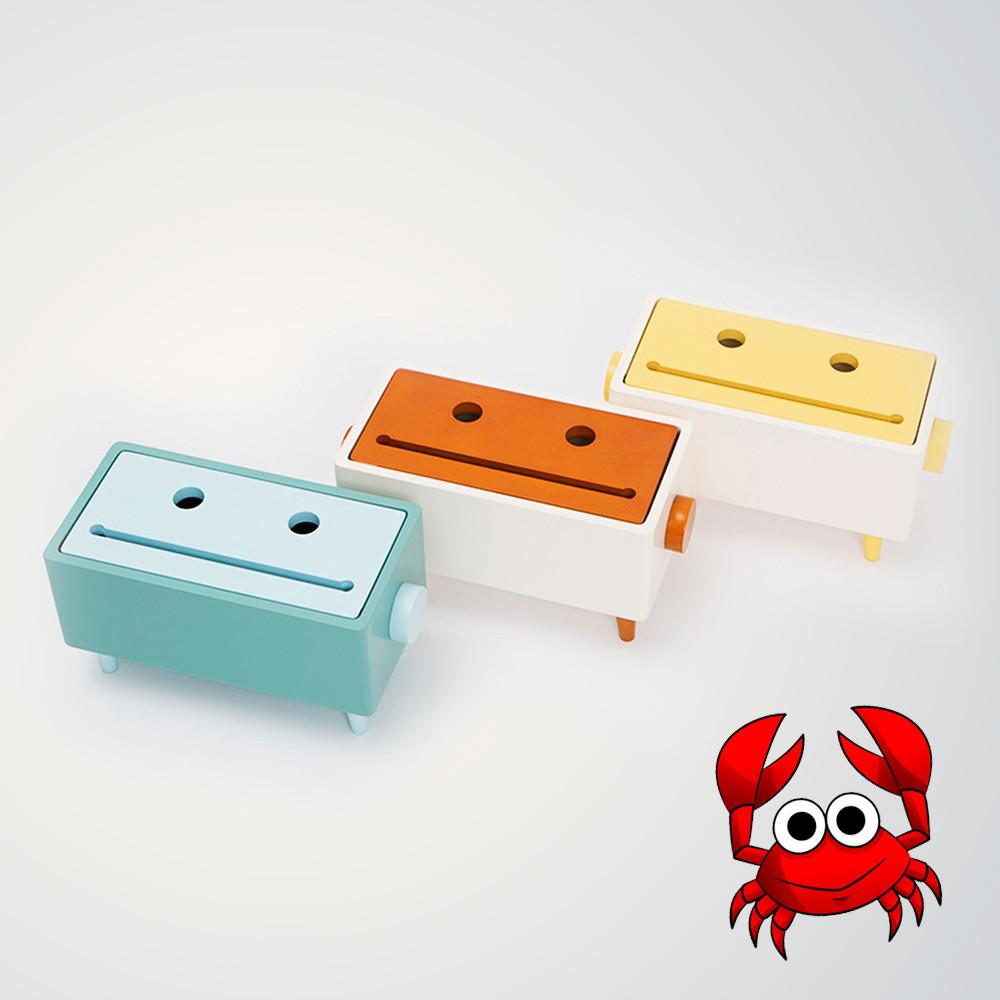 The crab is actually part of the original image. Coincidence? I think NOT.
Image credit: Naiise

5. Leo: the thick-skinned one

It’s been 14 years since the release of Mean Girls, but quoting Regina George will never get old. Legend has it that her iconic line, “Why are you so obsessed with me?” was actually inspired by a pack of Leos in the wild.

What happens when no one’s around to tell a Leo how fabulous, magnificent, and insert-synonym-for-perfect-here they are? No, you don’t need to send them daily affirmations – that’s what the I’m Lovable Mini Inner-Truth Journal is for. 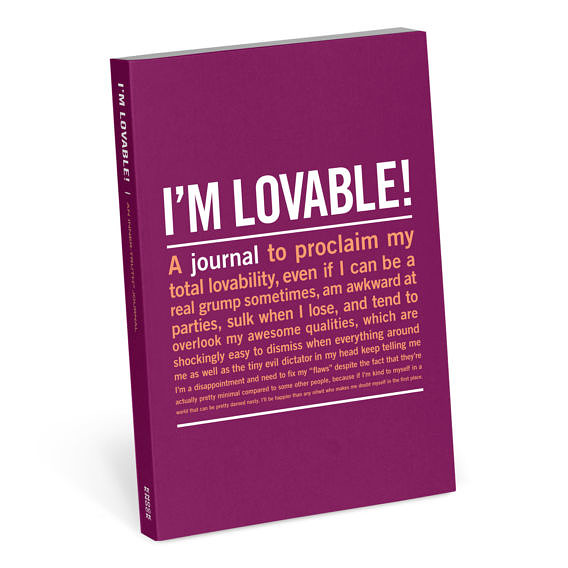 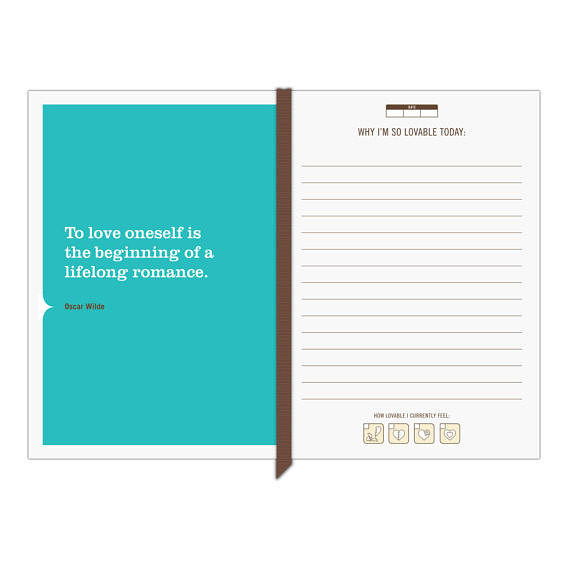 Life’s a plane, and Virgos are the pilots…even if they didn’t go to pilot school. Either way, they just gotta be in control.

Well, now they can keep watching anything and anyone with a CCTV hook. 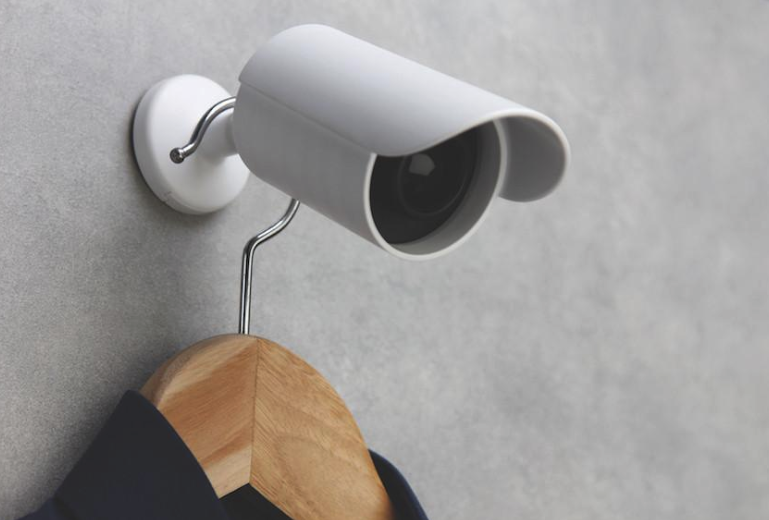 Just don’t tell them it doesn’t actually work. (It’s a great hook though)

Everyone can learn a thing or two from a Libra. Deadlines? No problem. Late for a date? Pfft. House on fire? Big deal.

But maybe it’s time to give them something to do other than chilling all the time with the Things To Do While You Poo Toilet Roll, which’ll give them the brain stimulation they secretly need. 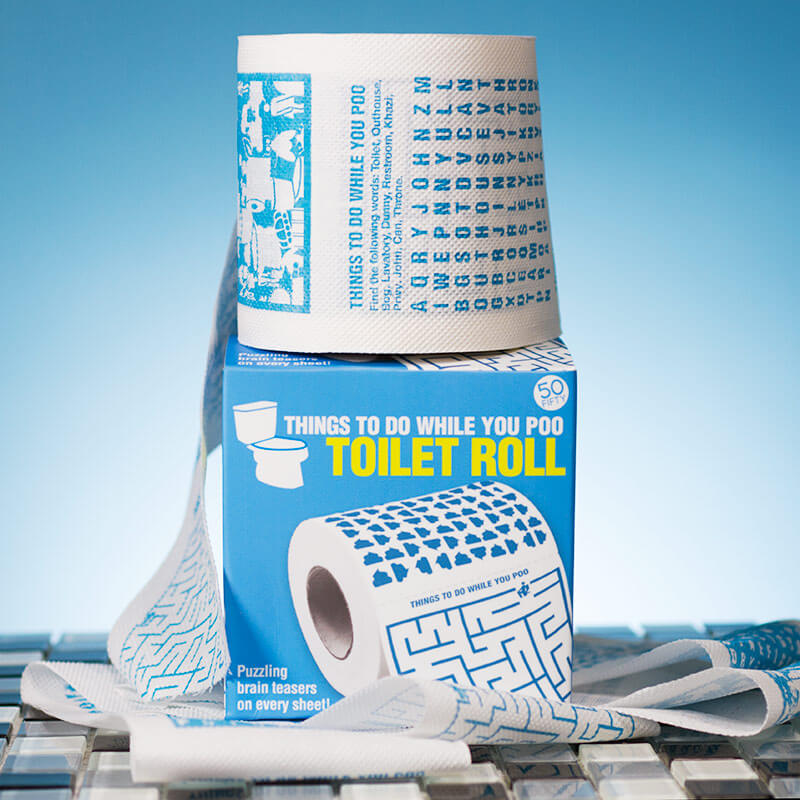 And hey, they’ll still be super calm while they’re at it.

8. Scorpio: the avenger (not the superhero kind)

So there ain’t nothing better than this nifty Apology Note to help them get the dirty work done. 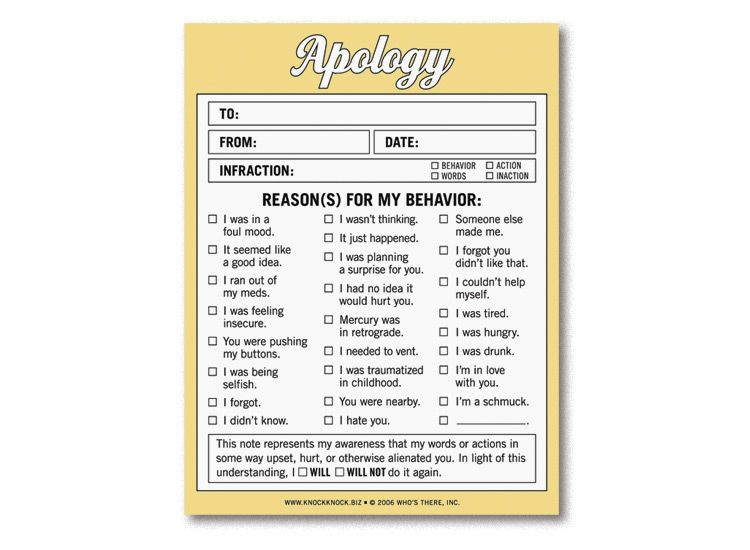 ‘I’ll throw this at your face.’ – My Scorpio friend @ me
Image credit: Knock Knock

Remember to run away as fast as you can once they realise what you’ve got them. Good luck – you’ll need it.

9. Sagittarius: the real messy one

How many Sags does it take to fix a lightbulb?

Do your local Sag a favour and get them the World’s Smallest Vacuum to help clean all the messes they end up creating – metaphorical or not. 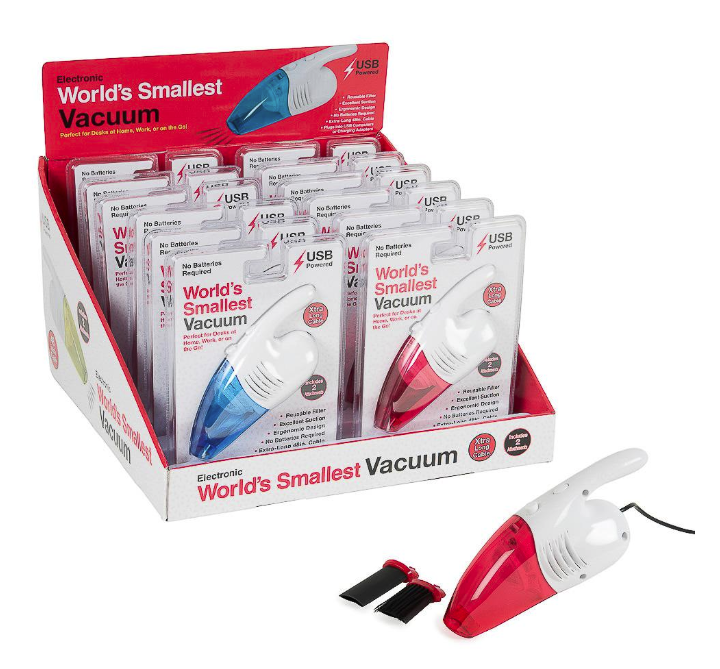 If you’ve established a CEO in your friend group, chances are, they’re a Capricorn. But oh, they’re not bossy…they’re just trying to keep the world in order. Their order. 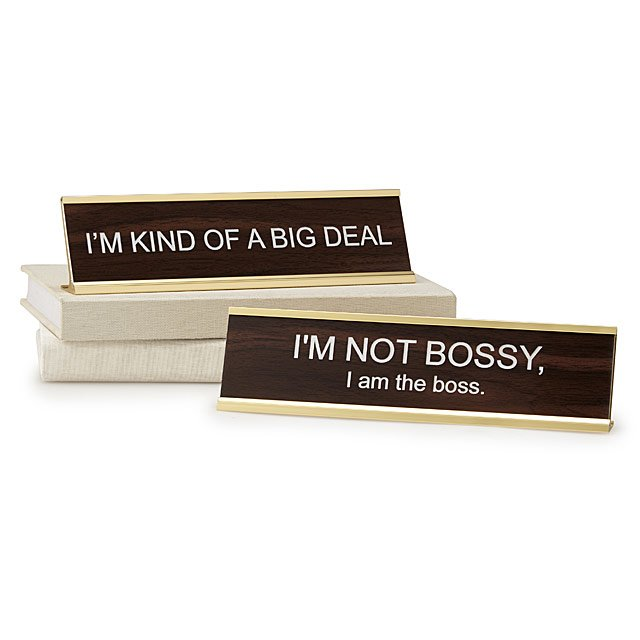 With Big Personality Desk Signs, they don’t have to worry about people not getting the message.

11. Aquarius: the wacky one

They’re the perfect Santee for a Banana Phone! 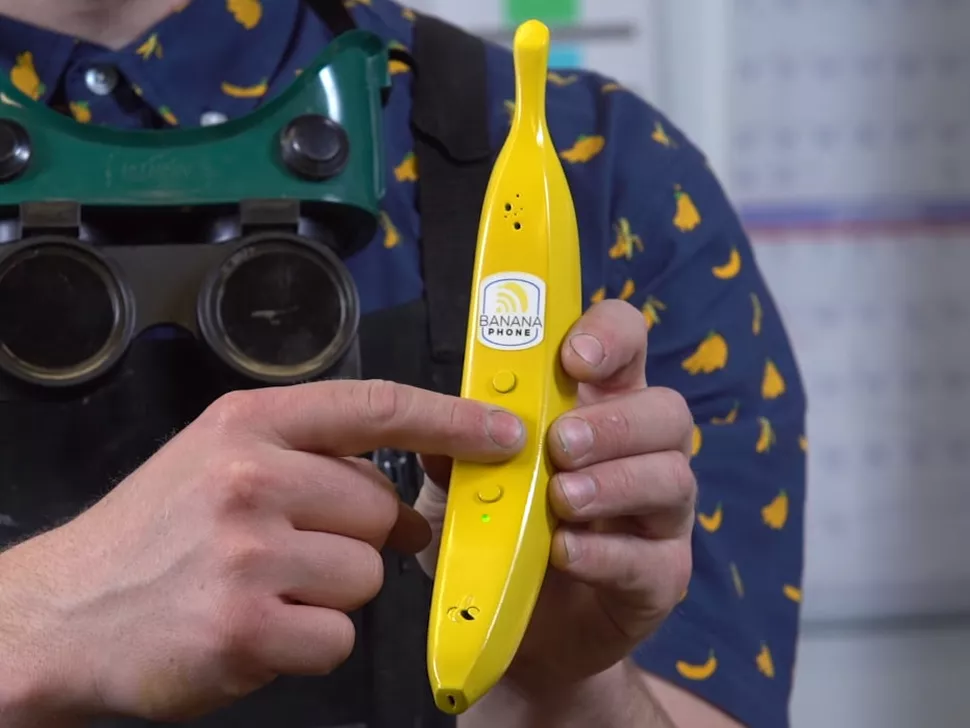 You just have to connect to this with your mobile’s bluetooth for it to work.
Image credit: Cnet

Tip: Refuse to talk to them unless they pick your calls up with their Banana Phone.

12. Pisces: the indecisive one

Thank goodness the Pisces isn’t in charge of getting something for themselves this Christmas – that’s what you’re here for. And if you, my dear reader, are a Piscean yourself, then just be glad you’ve got this article.

Here’s what you need: 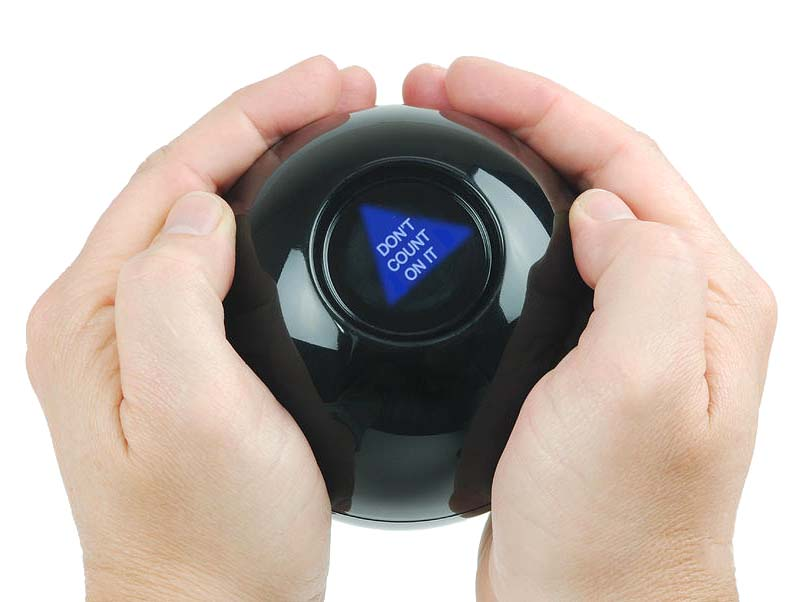 Yep. A Magic 8 Ball to make all the decisions.

Should they eat cai fan for dinner? Too early to predict.
Should they sleep in? Signs point to yes.
Why are Pisceans so darn indecisive? Who knows.

There’s even a keychain version for them to carry around here. 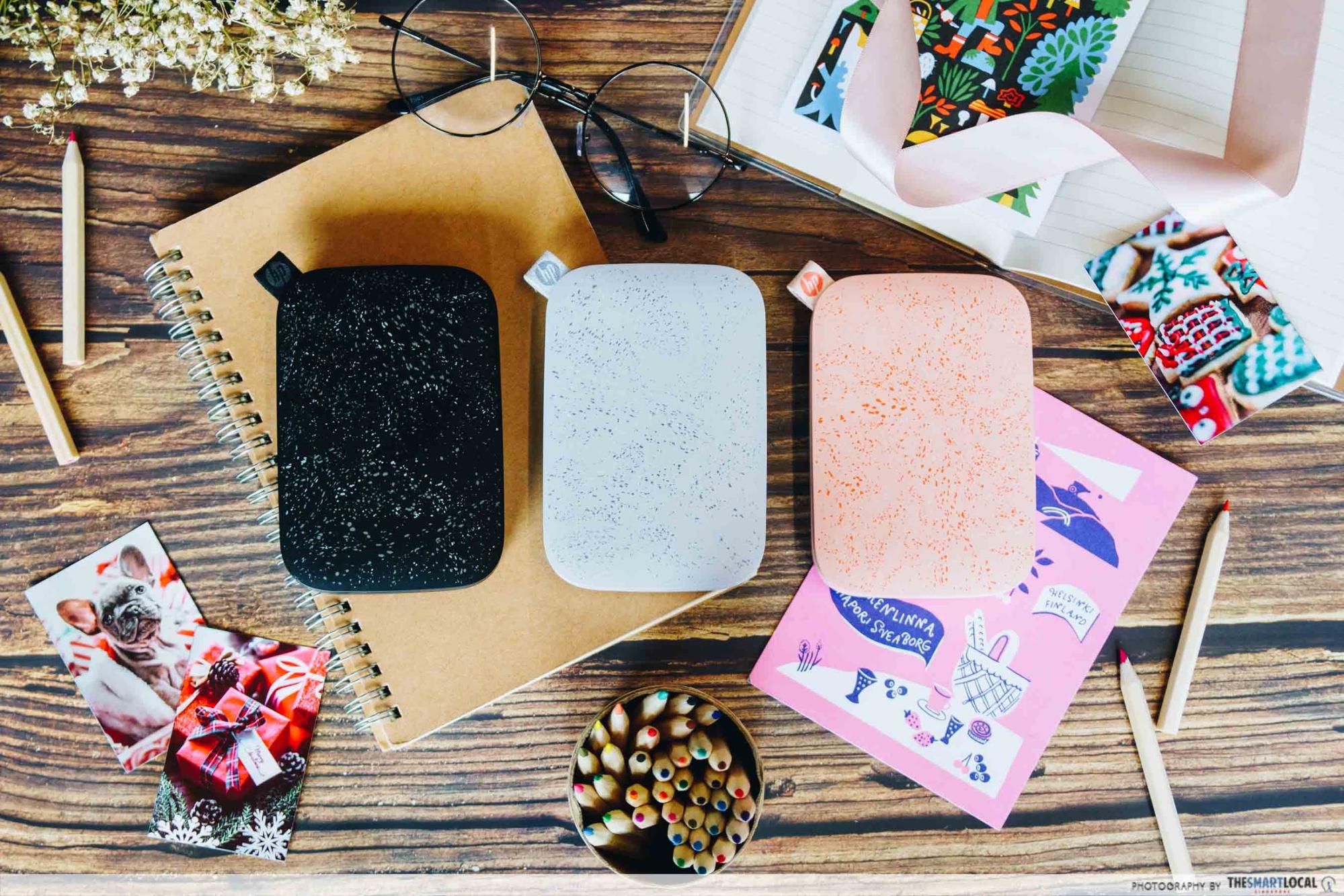 The HP Sprocket New Edition ups the ante with its sleek new design and comes in Noir, Luna Pearl, and Blush (L-R).

Skip the risk of getting on your friends’ naughty lists with the HP Sprocket New Edition. Or if you’re as clueless as a Pisces, now you’ve got something to add to your wish list.

The slick new edition comes with the function of printing 2×3″ stickable photos straight from your smartphone. It’s light and pocket-sized too, so you can start snapping n’ printing away anytime, anywhere. 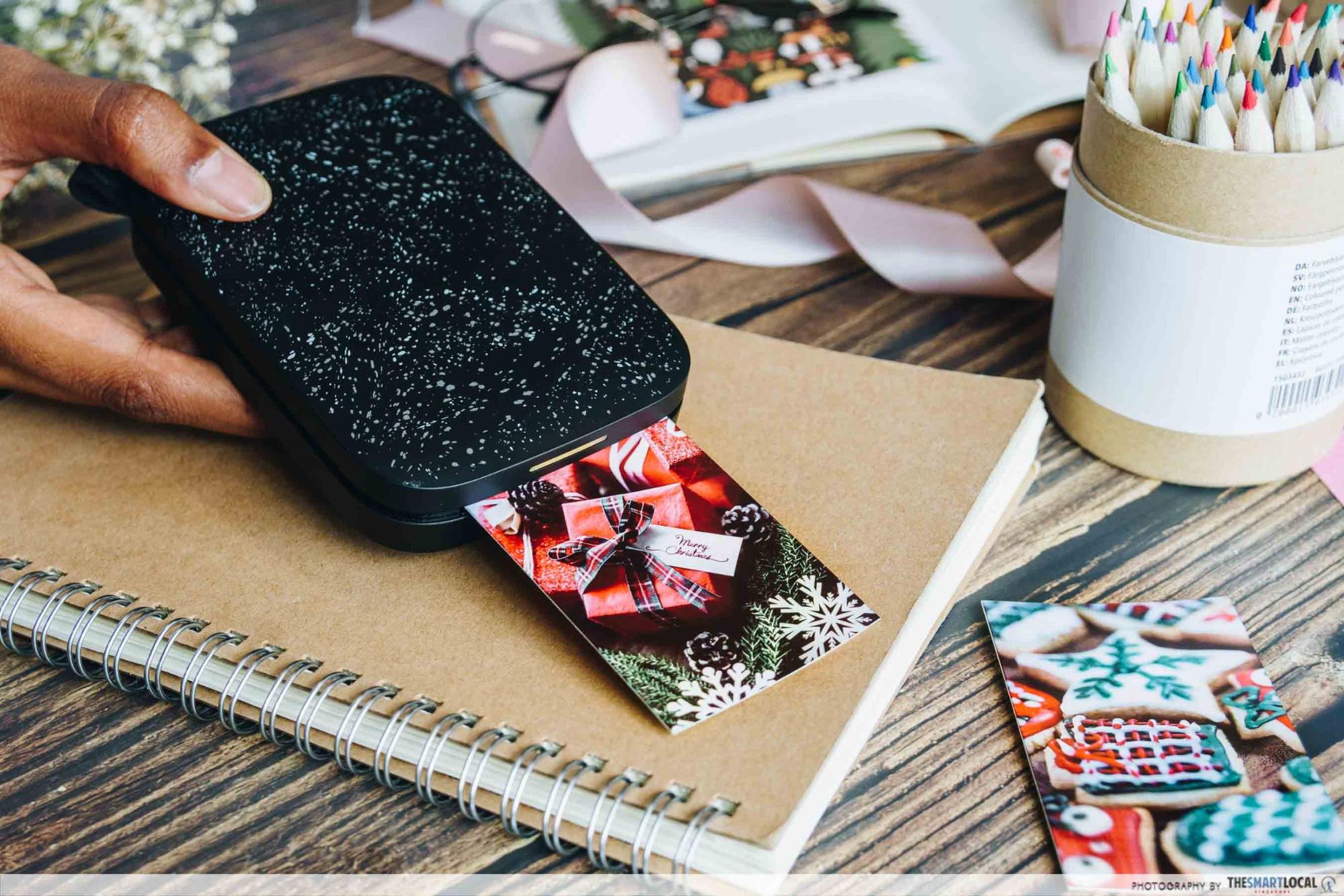 Plus, the printer connects several smartphones at once – so your Christmas party is a great place to start. This printer uses zero ink too, so there’s no need to fuss about running out of it. 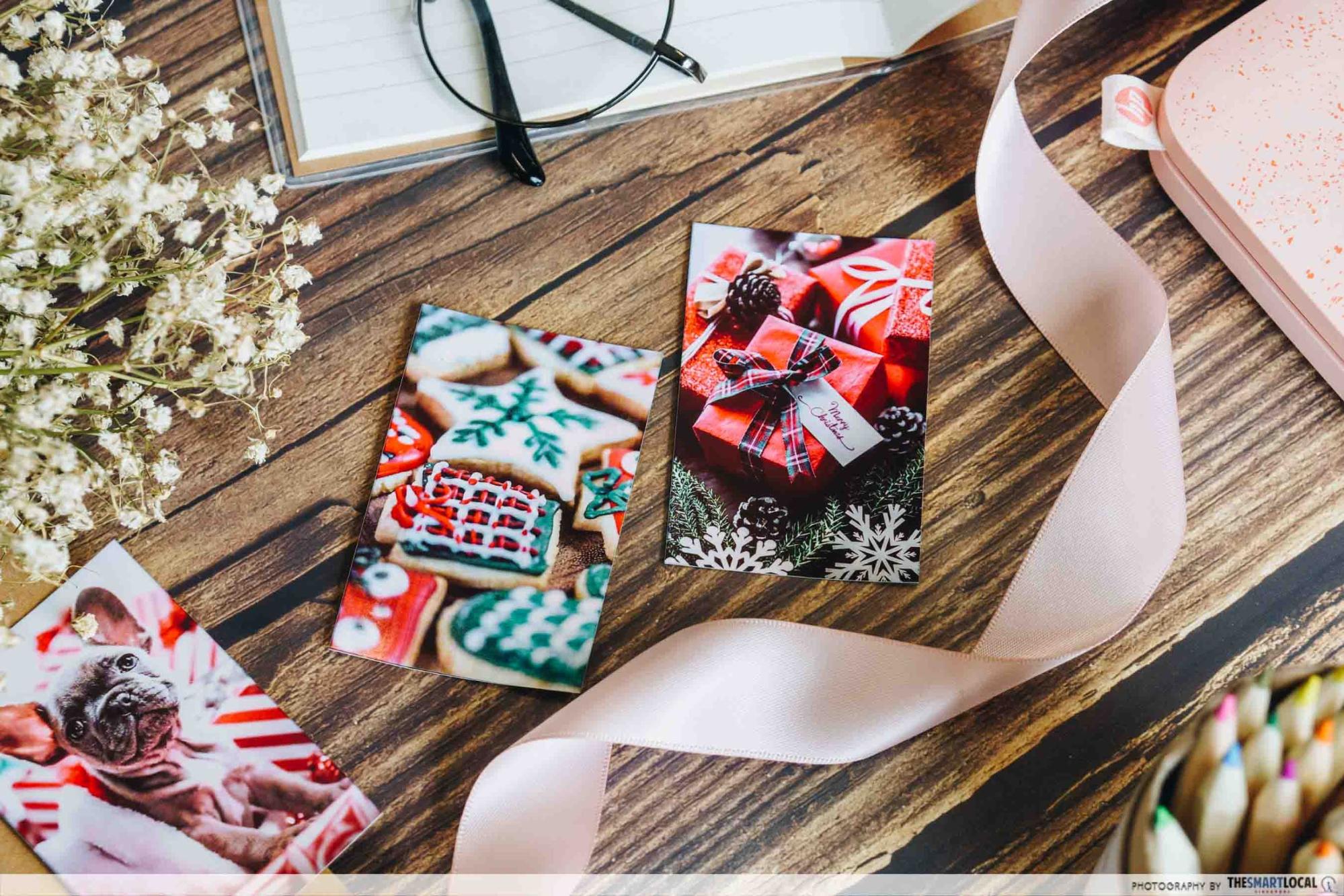 Unlike the usual printable photos, use the Sprocket App to open a Pandora’s box of editing features that’ll bring your pics to life, like the Magic Frame and Photobooth features. And if a mini sticker is a little too small for your big picture dreams, the Tile Mode lets users go poster-sized – one 2×3″ image at a time.

The printer also comes with AR functions, in which you’ll be able to scan your photo and unlock an embedded video – a la moving images in Harry Potter -, photos of the day and other shots snapped at the same location. 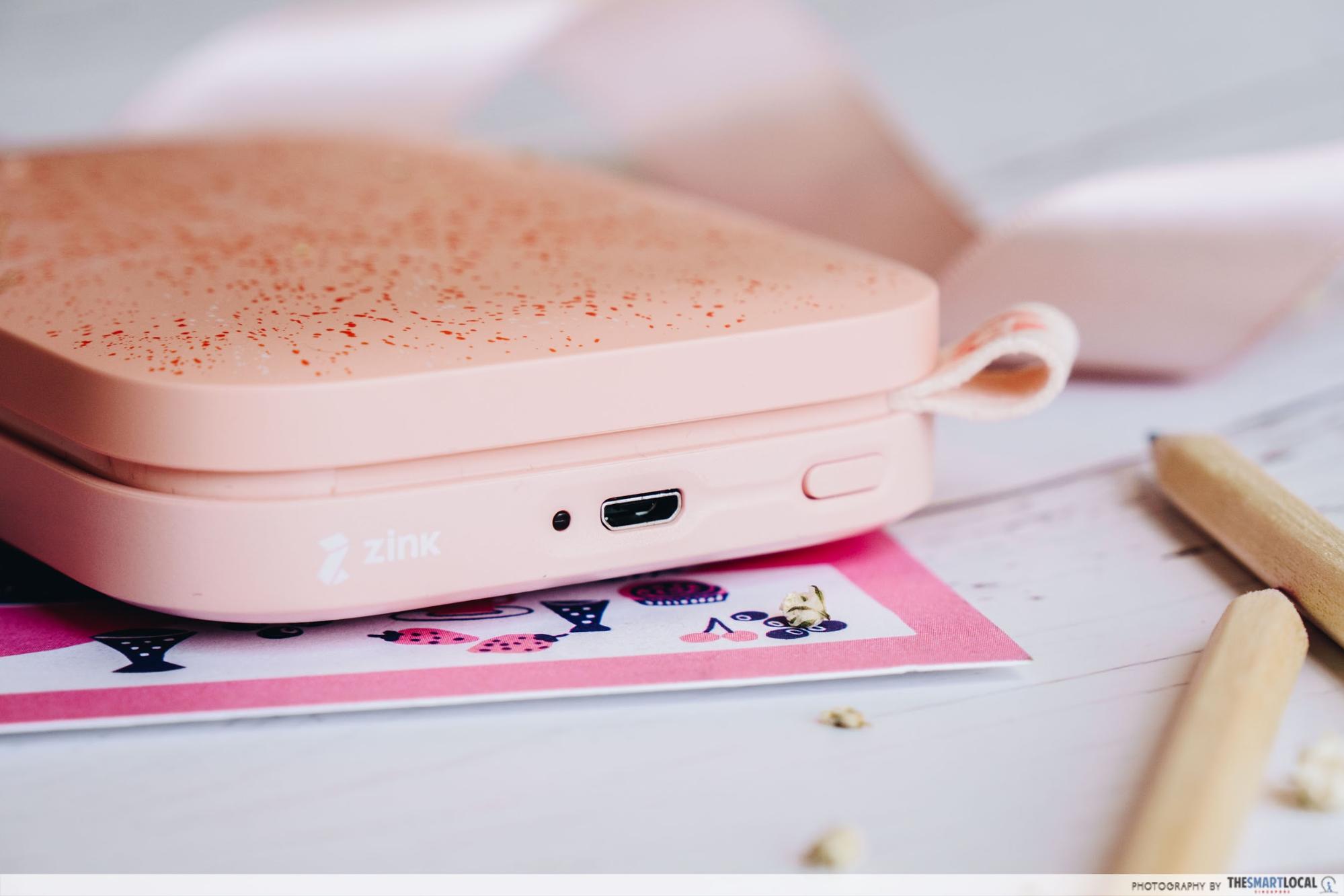 Cement your MVP status at your upcoming Christmas gathering with the Limited Edition Sprocket Gift Box, which comes with the following:

The gift box will be going at a retail price of $199, making it a definite value-for-money deal considering the original unit prices of each item. 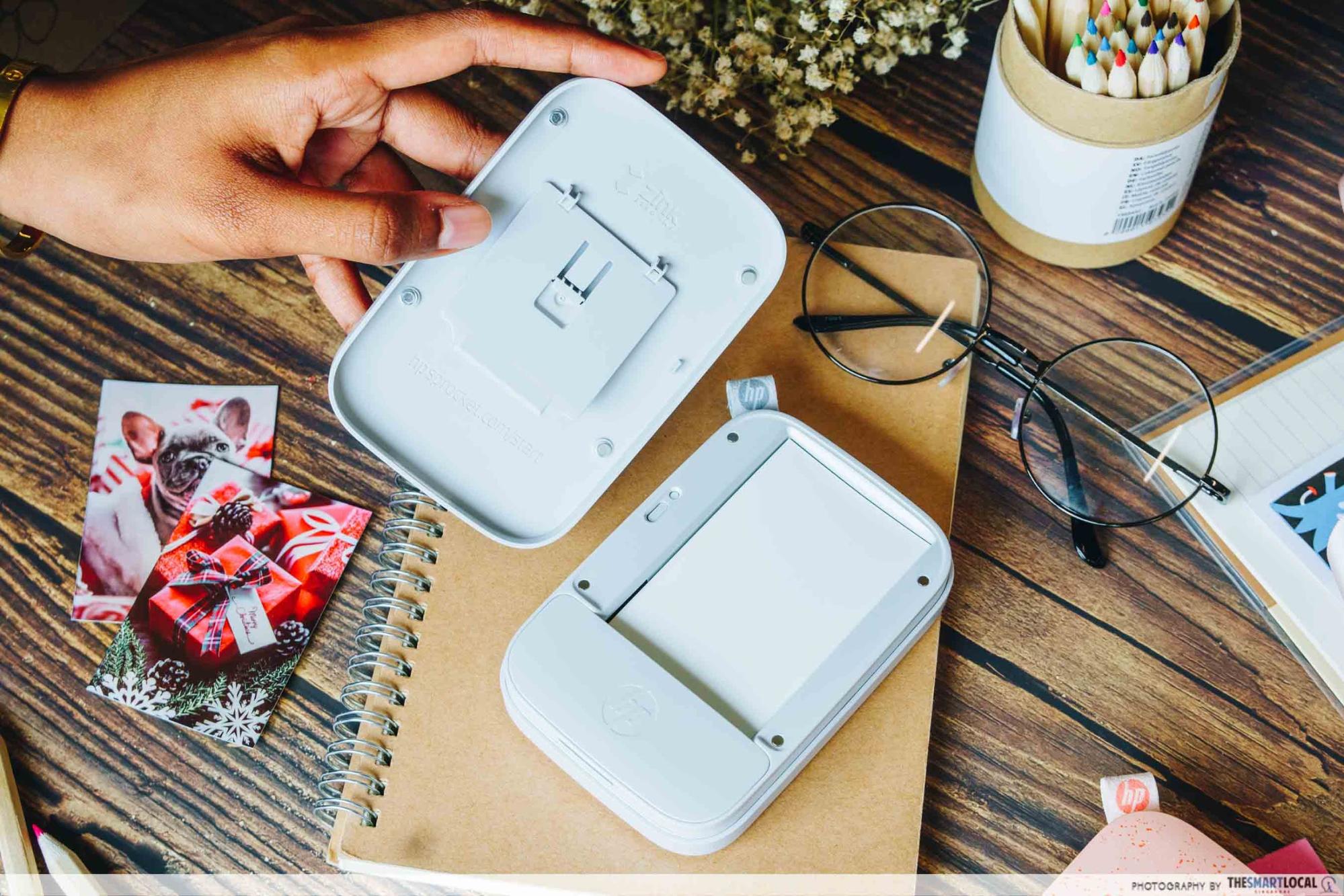 Just pop the top off for a breezy photo paper refill

So whether for the selfie-lovin’ Leo or the Aries in need of some fun stress relief, the HP Sprocket will have any of the zodiac signs feeling jolly this festive season.

Get your own HP Sprocket New Edition here

This post was brought to you by HP Singapore.
Photography by Pepita Wauran. 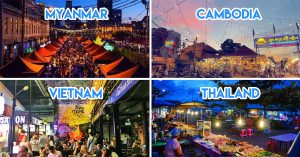 5 Night Markets In Southeast Asia That You Can Conquer On Short Weekend Getaways
iShopChangi Has A Weekly Treasure Hunt Giving Winners Holidays Worth $5,000 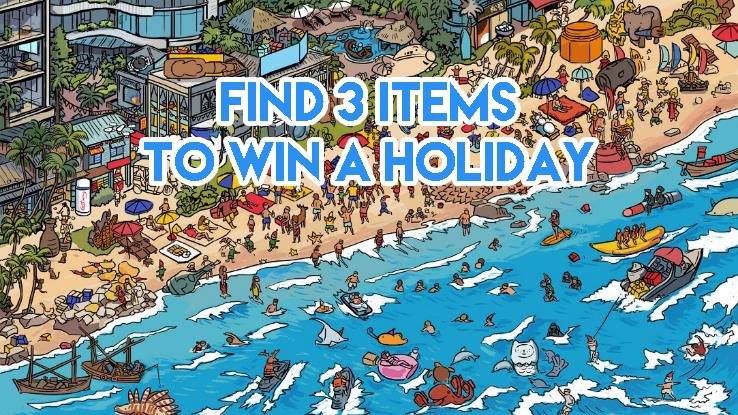