W!LD RICE celebrates its 15th anniversary and SG50 with a series of plays inspired by Singapore’s values of democracy, peace, progress, equality and justice. Kicking off their year-long imagiNATION season is Public Enemy, a new production of Henrik Ibsen’s classic play exploring the roles and responsibilities of the majority in a democracy.

The protagonist of the play, Dr. Thomas Chee, becomes a Public Enemy when he discovers bacteria infesting the waters of a town on its way to becoming a world-class resort spa. Upholding the truth only turns his community against him and inspires us to question if one man can stand up to the majority.

The play is directed by Glen Goei and boasts a stellar cast, starring Ivan Heng as the scientist Dr. Chee and Lim Kay Siu as the town mayor.

TSL had the opportunity to chat with director Glen Goei and here are some things we learned! 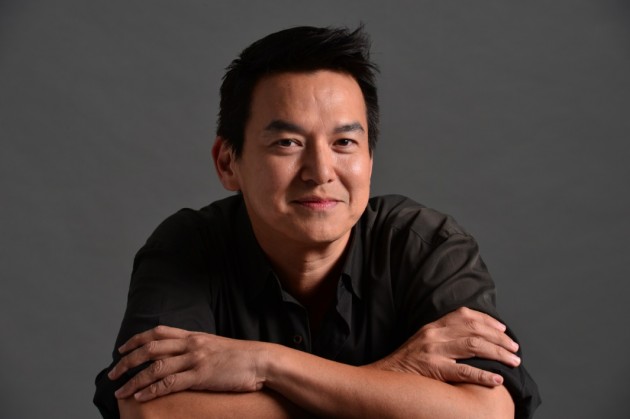 TSL: Tell us of your new play Public Enemy, based on Henrik Ibsen’s An Enemy of the People.

Glen Goei: Yes, a famous classic by Norwegian playwright, Henrik Ibsen. He’s one of my favourite playwrights of all time. In Singapore we’ve hardly seen his works, because people think it’s 130 years old and has no relevance. But it’s a classic because the themes that he deals with are still relevant today. I’ve always wanted to do an Ibsen.

TSL: In the context of Singapore, why do you think it’s relevant to us, more so than other plays?

TSL: What are some challenges you faced when trying to adapt Ibsen to Singapore?

Glen Goei: This is a new adaptation done by David Harrower at the Young Vic in London. It’s a very modern, contemporary adaptation. For years I’ve been wanting to do Ibsen and I’ve always had difficulty with it – finding a translation which I felt was contemporary and fresh, easily identifiable and easily accessible to a modern, local audience.

When Judee Tan, the actress, came back from London and gave me this version, I immediately passed it to Ivan and said, “you know we have to do this”. I’ve also found a very good version of Ghosts recently by [Richard] Eyre. I think it’s about finding the right adaptation.

TSL: What changes from the original play can the local audience expect?

Glen Goei: It’s exactly the same version which was done in London, except that I’m using a local cast and local names. In my production, I’m making it look like a psychological thriller – like Memento, or Inception. At first, when the play opens, it looks like a successful and happy community, but slowly, people betray him, up to the point that even his wife is not sure that she supports his politics. It’s not even about politics, it’s about the truth. So it’s both a psychological as well as a political thriller.

TSL: Would you personally stick to your principles and stay true to the truth, but be alienated by society?

Glen Goei: As an artist, the truth is always the most important thing. Artists always question the issues, policies, problems of a society. We look around us, read newspapers, talk to people, we read what’s online and what people are really talking about, we go to kopitiams and overhear conversations. It’s our duty to observe and to listen, percolate ideas and things people are talking about and to try to bring this onto stage. We frame it in a way that is palatable, accessible for people to sit back and reflect upon what is happening around us.

Generations come and go, political parties come and go, governments come and go. If you look at the broad span of history, truth will always prevail over time. That’s what artists, journalists, writers, intellectuals and academics will always fight for. At the end of the day, that’s the only thing worth living for.

TSL: Which character do you relate to the most?

Glen Goei: I mostly identify with the main character. Although he’s a scientist, he’s the one who speaks the truth. People say that science and arts are diametrically opposed to each other, but I think scientists and artists are exactly the same people. They’re always searching for the truth. Scientists always find it in logic, things that they can see, things which are real to them.

Artists approach it from a very different way, but actually we’re both searching for the same thing. I think that’s why I identify very much with the lead character, Dr. Thomas Chee.

TSL: You mentioned before, in an interview, that you prefer being a director to an actor.

Glen Goei: I’ve acted and directed all my life, since the age of 11. I suppose as I grew older, I became more of a big-picture person. I went to a lot of art galleries and museums when I was living in England, I watched a lot of plays and I realised at the end of the day that I’m a storyteller.

TSL: Do you prefer directing plays or movies?

Glen Goei: As to whether I like directing films or theatre, I like both. Theatre has a very visceral experience, there is an immediate dialogue between the actors and the audience. For me, that’s very exciting, it’s very dynamic and as a director, I get immediate satisfaction when I do theatre. In film, it’s more difficult because you obviously can’t go to every screening of every film. But it does have an opportunity to reach out to more people than theatre. And of course to reach out to people beyond Singapore.

TSL: This play kicks off a series of plays commemorating W!LD RICE’s 15th anniversary. What would you like to see in the future with W!LD RICE?

Glen Goei: We will continue to do work which connects with our local audience and which engages them. The minute we stop becoming relevant will be the time for us to stop. But as long as we have our pulse on the society and we’re constantly putting on stage problems or questions which are on people’s minds, we’ll continue to stay relevant. We’re looking out for new actors and new directors all the time to nurture because we want to hear the voice of the younger community as well.

Because Singapore is getting more expensive, it’s getting more difficult for young people to make the choice to do theatre or art as a career. But we’ll continue on our search, because we have to have faith that there are people who feel the same way as us. There are artists and scientists out there who want to tell the truth, or at least want to question whether there are better ways of living in this society.

TSL: Any words of encouragement to young people interested in the arts?

Glen Goei: I think you should have enough passion to question and to make a difference. It’s natural to think things through and be concerned about our next rice bowl. But it’s also important for the sake of our future generations to be constantly asking questions about how we live in this society and what’s the sort of Singapore you want to see.

TSL: So what’s the sort of Singapore you want to see in the next 50 years?

Glen Goei: I want to see a more progressive Singapore where the minorities are looked after – whether it’s the poor, the minority races, the disabled, the LGBT-community – anyone who has been ostracised and sidelined in our community. These are my two words that I keep on using – compassion and empathy. Our Gross National Happiness (GNH), is very very low. I would like to see us being more like the top ten rather than the lowest 10 on the table.

When we start to think about other people, especially the minorities, I think we’re going to become a more empathetic, a more compassionate society. I would like to see our GNH in the top of the tables.

TSL: Do you think it’s possible?

Glen Goei: Absolutely! We have to have hope, or else what’s the point of us living and working in this society? Otherwise, I would have left Singapore a long time ago. I believe that if everyone wakes up every morning and asks themselves, “how do I make a difference in my own small way?”, Singapore can reach the top of the table.

TSL: What’s next after Public Enemy?

Glen Goei: I’m doing Dim Sum Dollies, History of Singapore Part 1. That will be in June, at the Esplanade. And then we do our big historical epic for the Singapore Arts Festival, a play by Alfian Sa’at and Marcia Vanderstraaten called “Hotel”. That charts 100 years of history as seen through the comings and goings in a hotel room.

It’s a five-hour epic, so watch out for that in mid-August. And then we’ll be bringing the Importance of Being Earnest to Brisbane.

Glen Goei: Dogs…but I do like cats too. I love animals so I love dogs and cats, but dogs first. It’s a hard toss up lah. But nowadays, in my old age and because I travel so much, maybe cats.

Glen Goei: Coffee to perk me up in the morning, tea when I’m meditating.

Glen Goei: My favourite Chinese New Year food is bak kwa, but I haven’t had bak kwa for three years because it has like 350 calories per slice and you know, I’m middle-aged and I have a middle-aged bulge. But my mother makes popiah every year so I look forward to that every Chinese New Year.

TSL: Which character in a play or a film do you think best represents you?

Glen Goei: I can’t think of one, but if I was asked if I wanted to play a character in a play or movie, it would probably be the witch in Cinderella? I love playing evil characters because they have such amazing costumes and wigs and makeup. Evil characters are more camp and I’d much prefer playing a camp character than a good character. It’s more fun.

TSL: Who’s your favourite playwright of all time?

Glen Goei: Oscar Wilde, without a doubt. When I did the Importance of Being Earnest, I loved playing all the characters because I see Oscar Wilde in every character. He’s such a delight, he makes me laugh, and of course, there’s also a lot of social and political commentary in his work, even though people just see them as comedies. But he’s really laughing at the human condition and how ridiculous people are.

Glen Goei: My favourite ice-cream flavour used to be chocolate, you know…boring. But I really like this Ben & Jerry’s flavour…it’s macadamia nut, it’s got chocolate and vanilla ice-cream. They were doing it for years and I used to buy it, but I don’t think it’s very popular. I can’t find it anymore. So it’s great, that means I don’t eat ice-cream anymore! It’s great for my weight.

TSL: What’s one book that everyone must read?

Glen Goei: For me, it’s To Kill a Mockingbird. It’s about minorities, right? It’s about fighting for the weak and the oppressed.

TSL: What’s the answer to life, the universe and everything?

Glen Goei: Love. If you want to break down the word ‘love’, it could be broken down to ‘compassion’ and ‘empathy’. I’m not just talking about the love between a man and a woman or between two boys or two girls. I’m talking about love for humankind, and for nature, humanity and the universe.

Get Your Tickets at Sistic 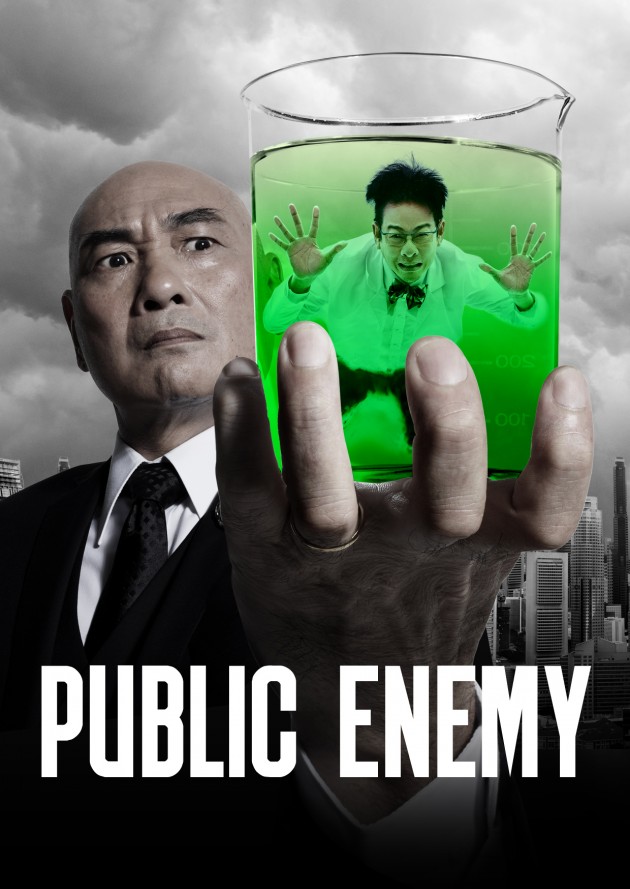 Get your tickets to Public Enemy or find out more on the official website!

This post was brought to you by W!LD RICE Productions.