The only girl in a traditional Malay family 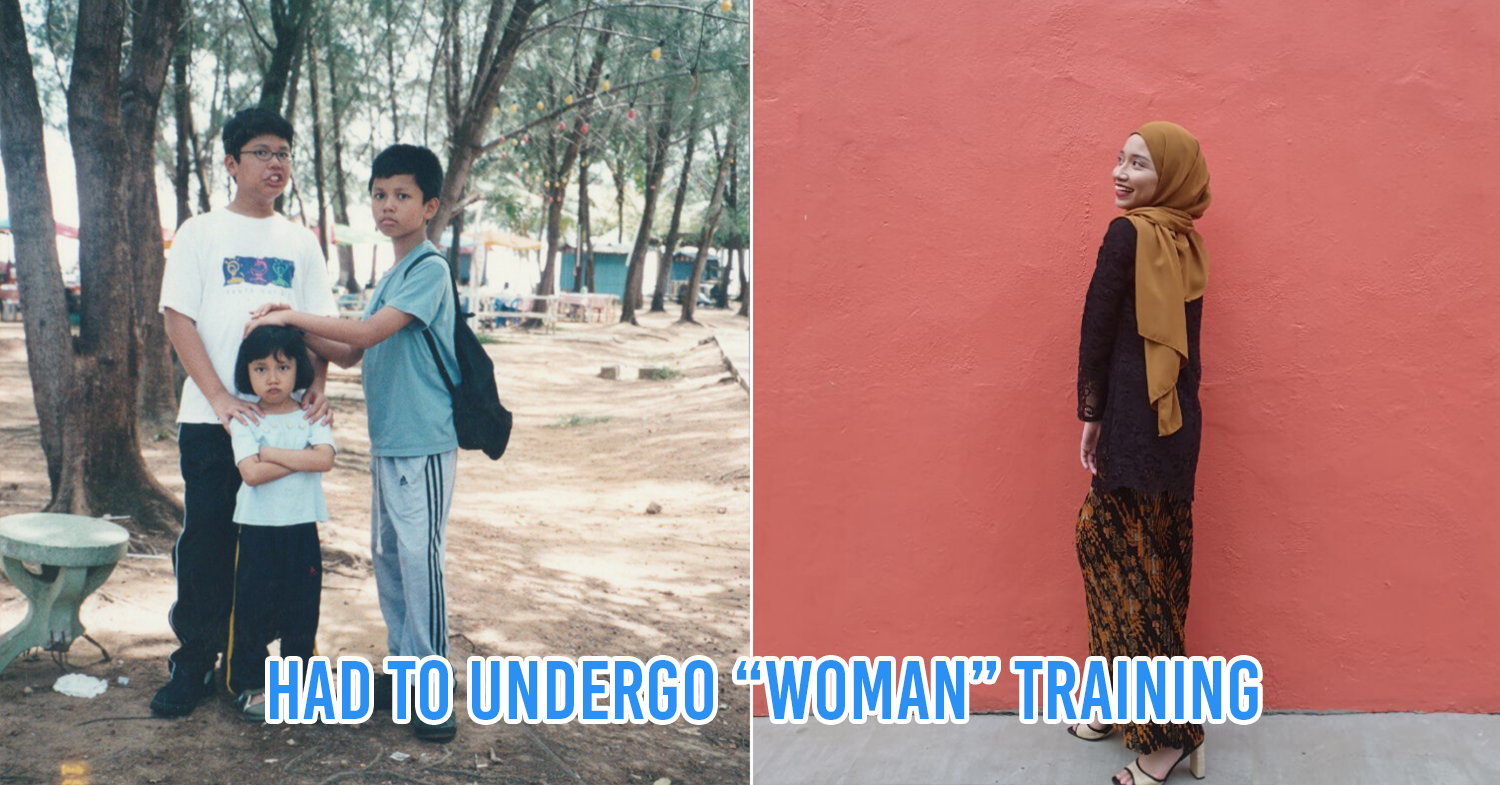 My heart jumped, I quickly made my bed and ran past the rooms of my still sleeping brothers to help my mum make breakfast in the kitchen. Coffee for the dad, peanut butter toasts for the brothers – it’s muscle memory by now.

If you’re the only girl among your siblings, you’ve probably seen many, many more early mornings than your brothers will ever see. The woman in the kitchen, man in the office scenario is still real for many of us living in traditionally Malay households – we just don’t talk about it.

It was only after I entered the realm of adulthood, that I managed to view my mountain of chores and the gender disparity I faced as a lesson. One that taught me that traditions aren’t a step back from progress as I once believed them to be, but a set of rules that shaped me into the resilient and capable woman I am today.

This was not something I was explicitly told growing up. Rather, something I pieced together along the way through insinuation and passing comments.

The ideal Malay girl is polite, dainty, demure, docile… and possibly everything else that I’m not – imagine me having my feet up on my office chair while writing this piece, my mum would kill me. To meet the criteria of the perfect Malay female, you not only have to behave a certain way but speak and dress the part as well.

An odd fetish, if I must say, of the older folks, is how they collectively call us “unmarried women”, anak dara which literally translates to virgins. In some ways, the term can be flattering to use on women – timeless and youthful. But take it with a grain of salt and you’ll find a long list of social expectations that are doled out along with it.

Almost a rite of passage for girls – learning the ways of the anak dara to eventually become the ideal woman, wife and mother can start as soon as her first menstrual cycle. Once you’re summoned to help out in the kitchen or dress in a more presentable manner, you know your training has begun.

Training only ends once you’ve internalised these unspoken expectations and inculcated them into your lifestyle. While chastity remains at the heart of the “anak dara” community, other values such as dependability, subservience, sensitivity, and poise complete it.

It’s quite difficult to nail the exact definition of this abstract term – anak dara – but to sum up my experience: it has been tiring, almost suffocating. 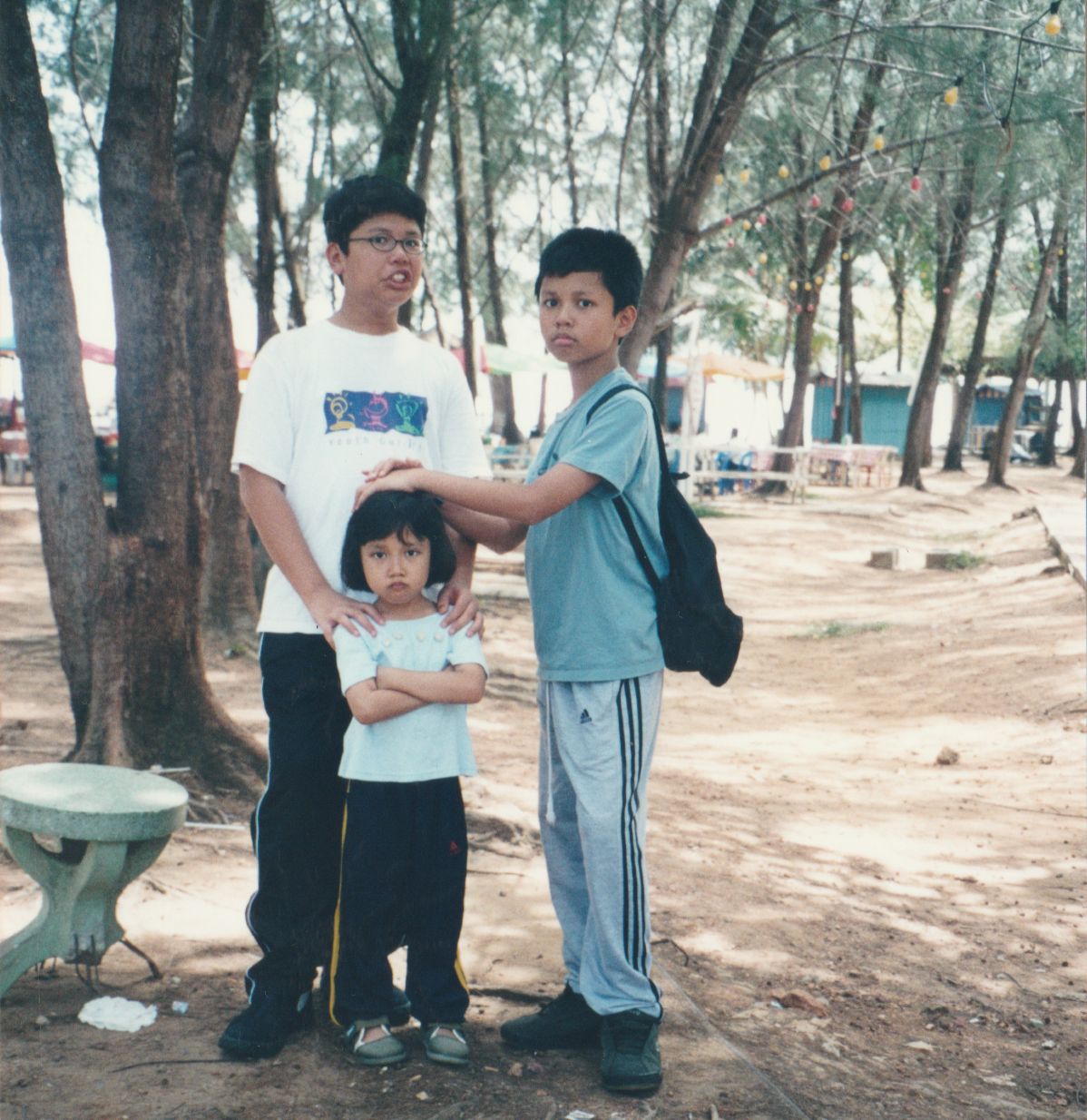 You see, being raised in a traditional Malay family is quite the package. We’ve got patriarchy right at the top where men should hold a higher status in the family nucleus, religion defining social boundaries, and a band of makciks constantly dropping their words of advice on what’s culturally acceptable and what’s not.

Like an institution to get a degree in Domestic Affairs, the Malay girl will be informally trained as the culinary specialist and hold a major in household management.

As I tumble about to check off the list of chores that my mum has tasked me for the day, I lose count of the array of exciting things that I’ve completed which include, but are not limited to: folding my brothers’ clothes, packing them away, taking their dirty dishes to the sink, washing their dishes… all this, while they’re watching TV or playing games.

The busiest days, however, are most probably during the festive seasons where you’re not only getting the house ready for a marathon of visits from the relatives but also preparing to feed a literal kampung. While I’m up through the night helping my mum, my brothers are sound asleep and would eventually wake up to a spanking clean house and a variety of lip-smacking dishes.

Navigating the rules of life as a Malay female

Having said all that, my parents never held me back from pursuing a degree in the field of study that I loved. In fact, they understood the importance of education and were always there to cheer me on as I tackled my way through university. 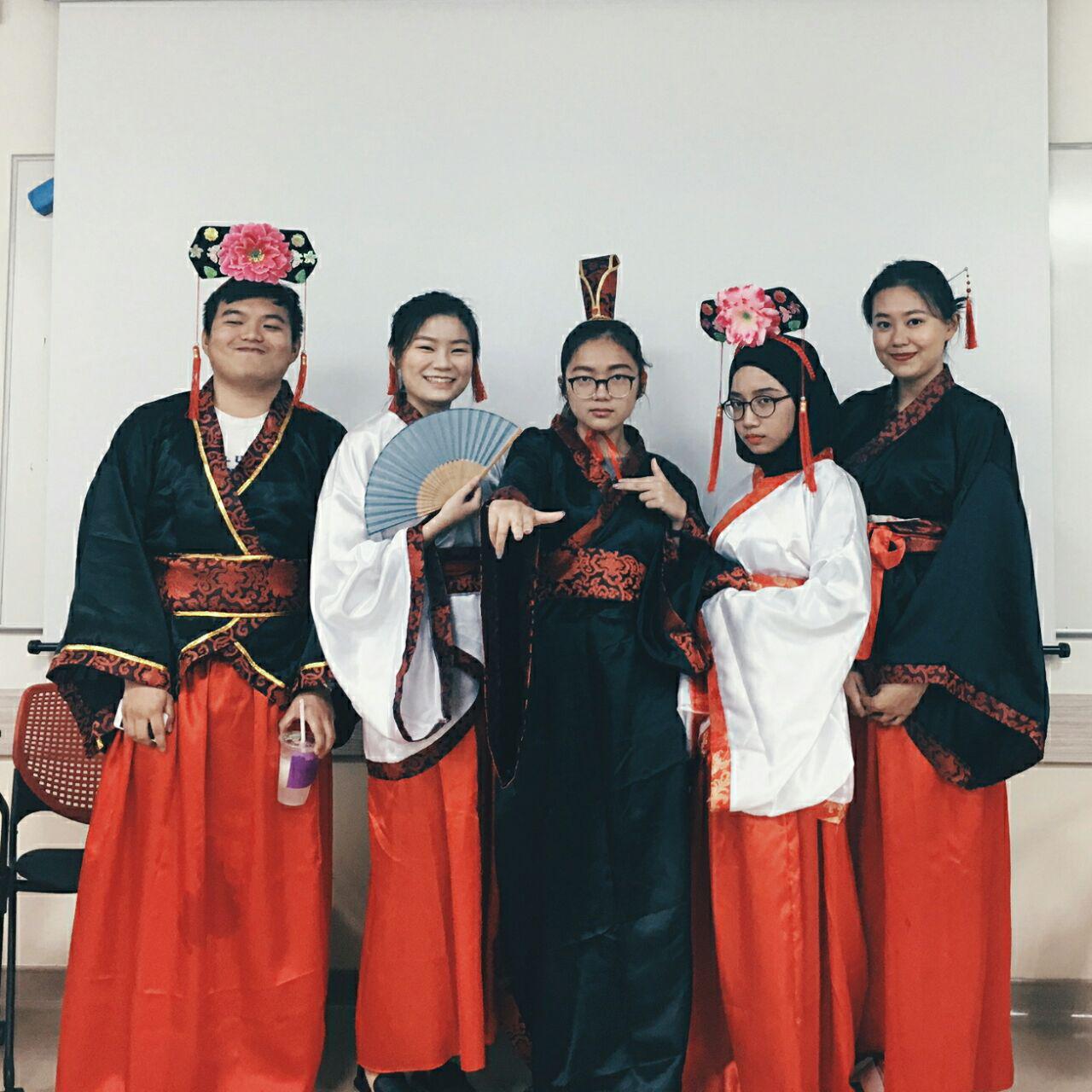 I got the chance to dress up as an empress for one of my Chinese History modules
Image credit: Syuhada Suri

School wasn’t easy but I loved the safe space it created for me to be able to detach myself from the “duties” that awaited me back at home and fully focus on being a normal kid.

Malay dance, on the other hand, was never part of my parents’ plan for me. From a traditional perspective, dance opposed the modesty that tradition and religion preached. There was also that societal whisper that went around tagging dance to an erosion of moral values, but I picked it up anyway.

What started out as a CCA at 8 years of age soon blossomed into a hobby I practise passionately to this day. And although it remains an activity my parents don’t 100% condone, I was, and still am awarded the freedom to pursue it. Ironically, it was through Malay dance that I learned to appreciate the culture and traditions that make the Malay identity. 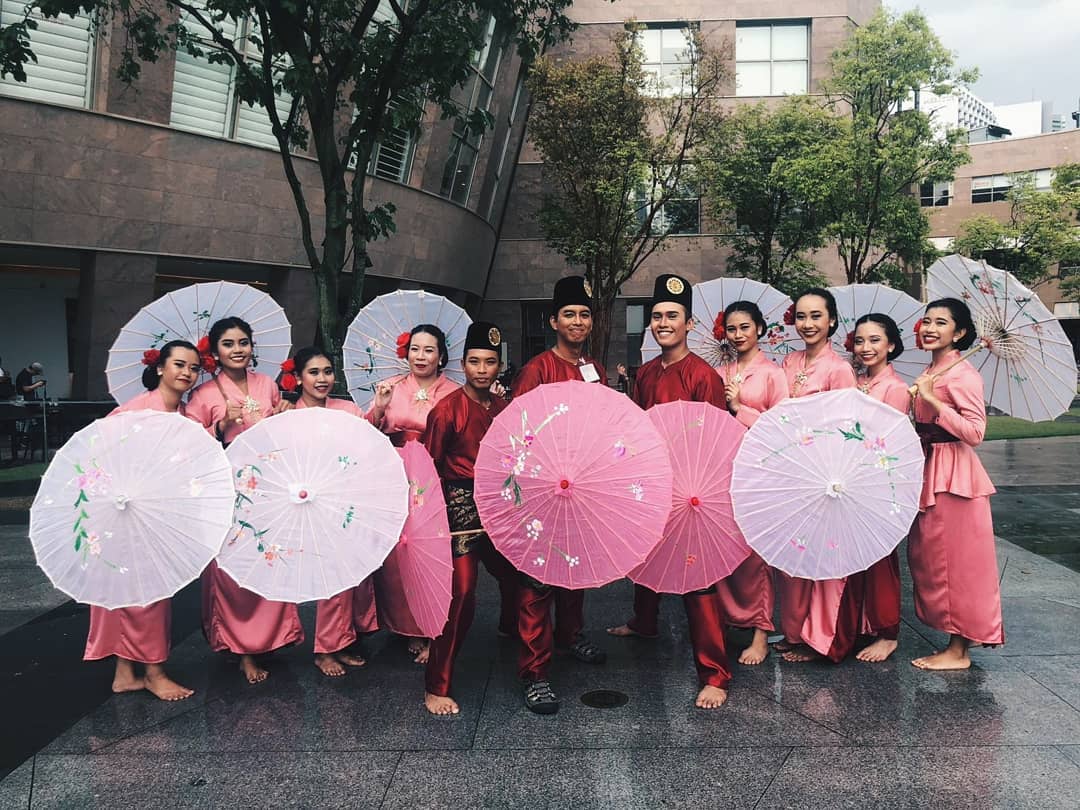 We performed with umbrellas to show how they were used by women back then to shield themselves from the gaze of men
Image credit: Syuhada Suri

From the traditional costumes we dance in, to the elegance we are asked to exude in our movements, Malay dance allowed me to embrace the essence of tradition and make it a part of my identity as the modern Malay girl.

It was only after I had a taste of adulting and the independence that followed did I realise that the “traditional” upbringing I went through was nothing like the concentration camps I frequently described it to be. The values that had been imparted to me became guidelines I often referred to and it was only now that my eyes were opening to the fruits of my parent’s labour raising me the way they did. 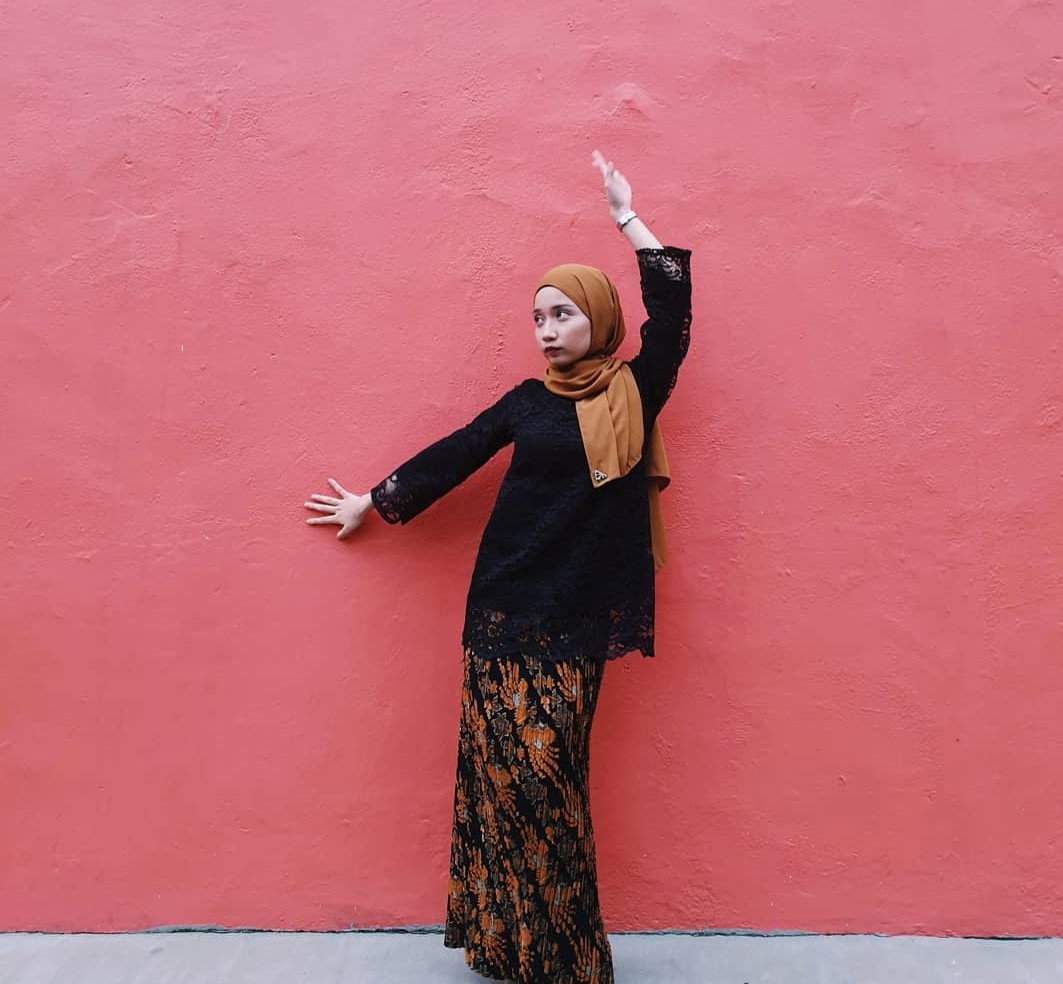 Being made to do the chores when your 2 older brothers lolled around the house used to be a hard pill to swallow, but the skills that I’ve inherited from my mother have trained me to be fully capable of caring for my own family in the future.

Having worn the baju kurung as part of the rigorous anak dara training was something I strongly disliked as I struggled to walk and sit daintily in the tight-fitting skirts. But if there’s anything that I’ve gleaned from this experience, it’s to always carry myself in a way that’s calm and composed – even when times get tough.

Yes, the gender disparity still looms large in our society but when I take a step back to see how bits and pieces of my life come together, I can safely say that my traditional upbringing has pointed me towards becoming “a great woman” – resilient, capable and independent and I am grateful for it.

Living up to society’s expectations whilst living your best life

It’s not a scenario that all Malay females go through, but this was and still is my reality. The only thing that changed over the years was how I responded to these “rules”.

While it’s easy to brush off traditional Malay values as something increasingly incompatible with modernism today, I’ve learned to find a middle ground where both can exist in harmony. 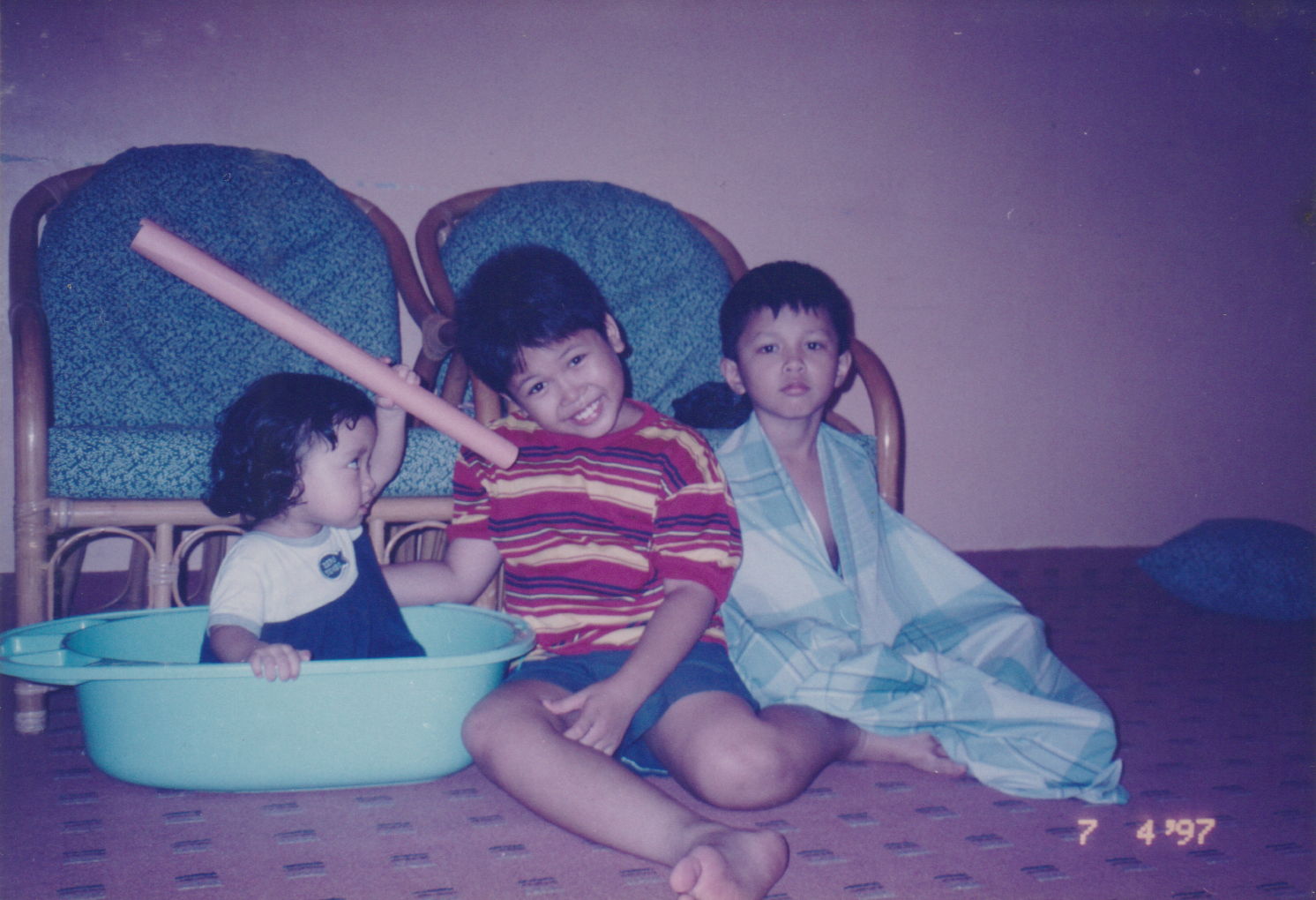 I used to envy the “good life” and freedom my brothers had, but every cloud has a silver lining. They might’ve enjoyed the comforts of home without having to do any of the actual labour but I was the one who reaped the benefits. I picked up a whole bunch of crucial life skills as a result of my traditional upbringing, and had my family’s support to pursue a degree of my choice and a career I love.

If anything, I see it as a winning combo – knowing how to care for others without neglecting my own ambitions and now finally understanding how neither has to be done with the intention to serve men.

Traditions are put in place for reasons our younger selves can’t fathom. But in time, things do fall into place, in ways you least expect. To the other girls who share my story, we might be stuck in the grey area between traditional practices and today’s modern take on gender equality but that doesn’t mean we can’t add our own colours and make a positive experience out of it.

After all, we now know how both the kitchen and the office work so we’re more than capable of overturning these old wives’ tales of patriarchy.

Disclaimer: The opinions expressed in this piece are formed through the writer’s own experiences and are not representative of the larger Malay population or this publication. 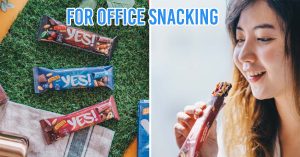 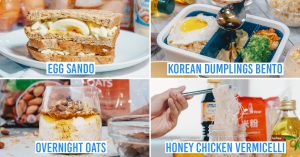