Forbidden City is returning after an 11-year hiatus 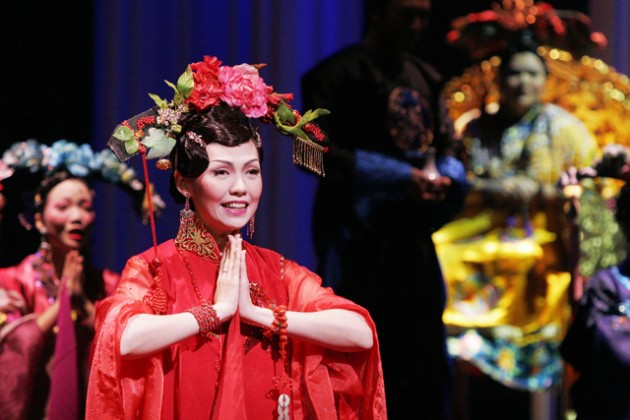 11 years ago, going to the theatre was still a very foreign concept to me. I was still a pubescent child enjoying my favourite television shows on Kids Central. If you were just like me, you’ve probably never seen one of Singapore Repertory Theatre’s (SRT) most successful original musicals – Forbidden City: Portrait of an Empress, which had been staged 3 times (all sell-out shows).

11 years later, we’ve probably grown to appreciate theatre as a form of entertainment, so here’s our chance to watch the Forbidden City’s secrets, betrayals, love stories and most importantly: the Empress Dowager’s rise to power, play out as a musical.

Before it’s first show on 8th August, we had a chance of sitting in one of their rehearsals and was convinced of why it would be more worth it to spend one night watching this epic historical than start on a new Netflix drama.

1. Catch an entire series worth of drama packed into a single night

You won’t have to wait for the next episode. Source

Starting on a period drama – usually spanning over 50 episodes – is a daunting task. It might take days to binge watch and a lot of patience to follow through with the story of the protagonist – from childhood to adulthood.

Instead, watch Forbidden City’s history unfold in just one night as you witness how Yehenara progresses from her earlier days as a young imperial concubine to an Empress Dowager. We promise it’ll be far more interesting than reading about it from a history textbook.

You won’t have to wait till episode 98 to reach the climax.

2. Enjoy vibrant costumes without having to up your screen brightness 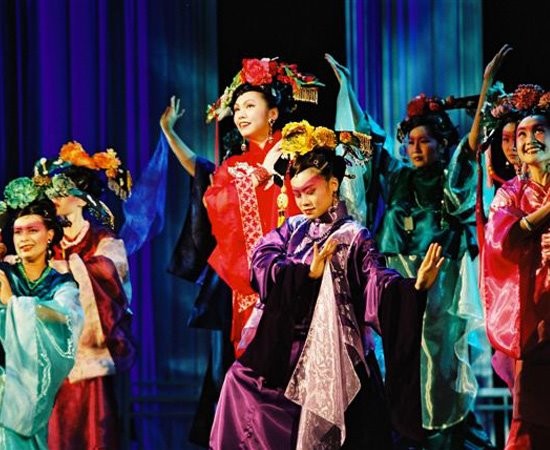 Every actor has a different costume. Source

Details and colours might not be very prominent on your 13-inch laptop display especially when you’re only streaming at 720p. You might even feel cheated that whatever costumes you’re seeing are partially CGI.

The costumes on the stage of Forbidden City are non-CGI – intricately designed in an array of vivid colours. Borne from the mind of established fashion designer Yang Derong, the costumes have been carefully designed and you’ll feel you’ve been transported back to the past. 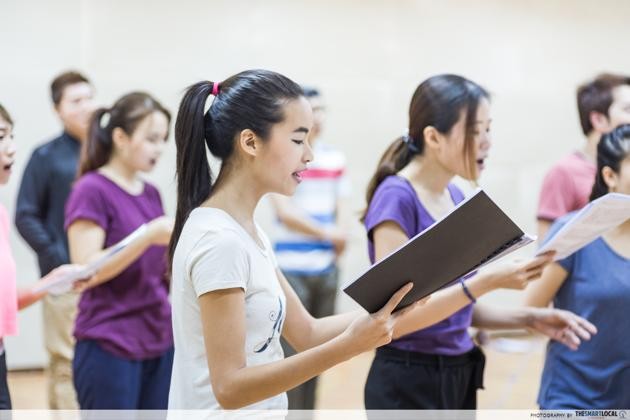 We had the opportunity of sitting in one of their rehearsals and experiencing a day in the life of a Forbidden City cast member. It might have just been a rehearsal but they were already very into it right from the get-go. 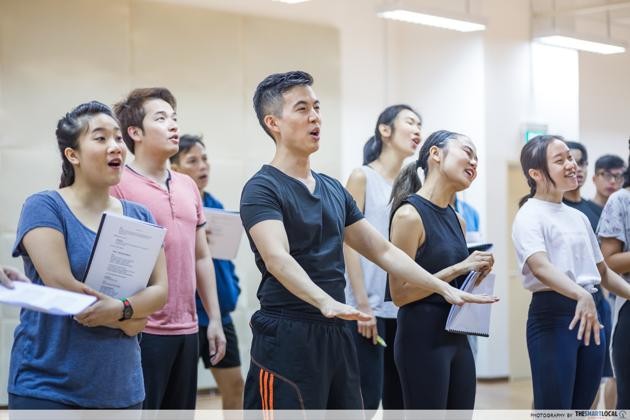 Though the cast were only reciting phonetic sounds in a tune and singing various tunes during vocal warm-ups, the chorus of voices sent goosebumps running across my skin. I was completely enraptured when it came to actually singing one of the songs in the musical (music composed by Cultural Medallion recipient Dick Lee never fails to draw me in).

I can only imagine how amazing it’ll be in the large theatre of the Esplanade with better acoustics instead of sitting at home and listening to Les Miserables through your earphones. 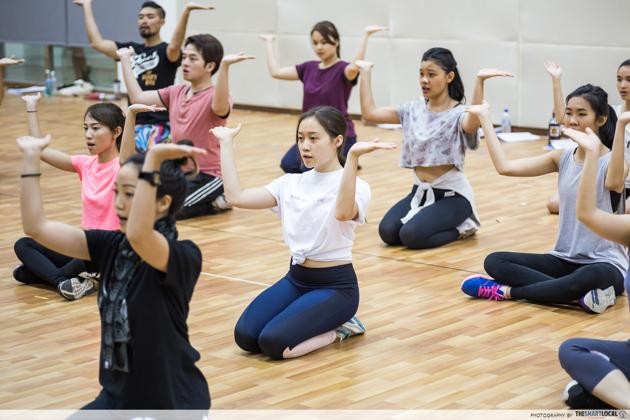 4. Get enthralled by amazing local and overseas talent on stage IRL

The best part of any theatre production is to witness a star-studded cast take the stage. While you can watch celebrities on screen, it’s a more surreal experience when you see them IRL.

Kit Chan, most famous for being one of the pioneers who drove Singapore’s music scene, reprises her role as Empress Dowager Cixi. You’ll be able to listen to her sing her heart out as she uses her powerful voice to hit all the high notes.

Joining her is Singapore’s very own Broadway Beng, Sebastian Tan who will be playing one of the record-keepers – the “comic relief” of the musical. 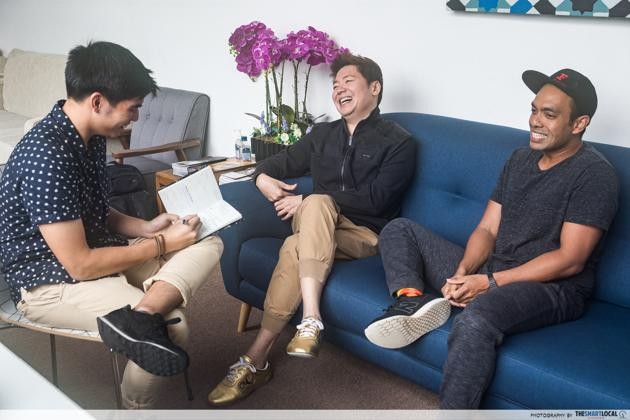 An interview with Sebastian Tan and Dwayne Lau.

5. Narrators will guide you through the storyline of Forbidden City

Have someone narrate the story just like in A Series Of Unfortunate Events. Source

It might be challenging to fully immerse yourself into the music and track the storyline at the same time. As with most musicals, the audience will easily be lost in the music, often picking up on earworms and missing out on the story.

In Forbidden City, the record-keepers play the narrator of the story, guiding you through the history and tales of the Forbidden City. They’ll still break into song so listen carefully to the lyrics and you’ll be able to follow the storyline.

Unravelling the secrets behind the Forbidden City 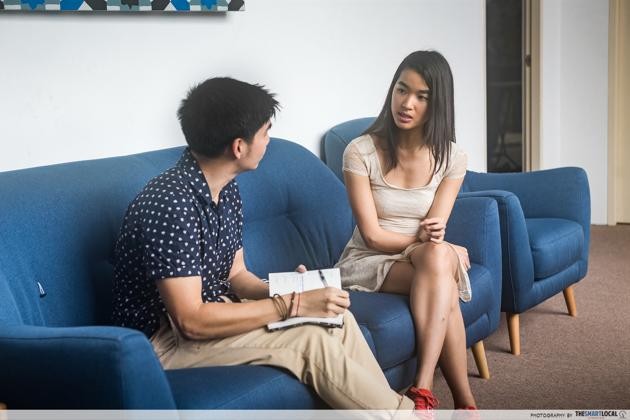 “Singing is visceral – you become more emotionally-invested in the lyrics and the tune. That’s what makes a musical worth watching” says Cheryl Tan, who plays young Yehenara.

What took place behind the walls of the Forbidden City has always been an obscure part of history. With so many theories, this is your chance to watch one of those theories come alive. If you think history is boring, Forbidden City will show you that you can learn more about it in a fascinating way that incorporates music, dance, storytelling and stage effects.

It will also be interesting to see how three different people can play the same character – stitching together experiences at different stages in life to portray the Empress Dowager.

The perks of being a student, NSF or senior citizen: 15% discount

You can also save up to $132 with a special “Watch with Friends” package for your squad of 6 to chill out at the Esplanade Theatre. Simply purchase 5 tickets in a single transaction and receive one complimentary ticket. Applicable for Cat 1 and 2 tickets only. 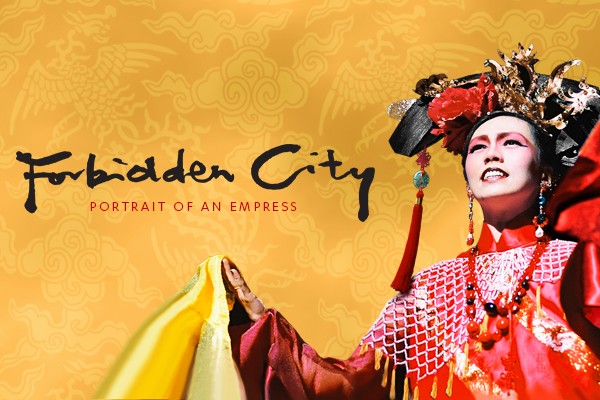 Get your Forbidden City tickets here!

This post was brought to you by Singapore Repertory Theatre.

10 New Bangkok Places To Shop At In 2017 For The Ideal Shopcation
6 Study Spots In Singapore To Work Without Getting Chased Out From Just $1.50/h 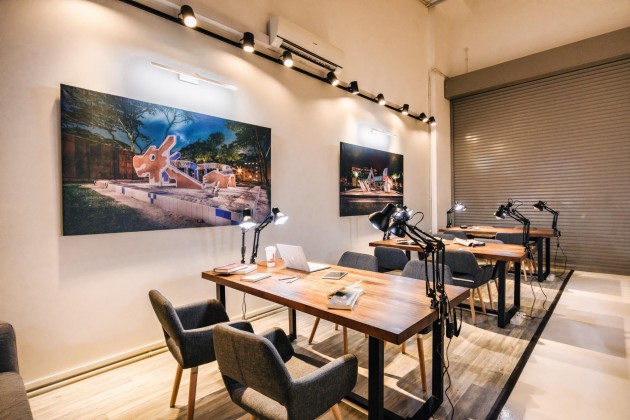