According to Murphy’s law, anything that can go wrong will go wrong. But whether or not you believe it, it’s always best to be prepared for the worst case scenario. The thought of one’s possible demise is terrifying – but what’s even more terrifying is the fact that not many people have a clue what to do when a medical crisis strikes.

Beyond just dialling 995 and standing around, there’s more you can do as a bystander that can save someone’s life. So below is a breakdown of nine common emergency scenarios, complete with a step-by-step first aid guide on what to do. 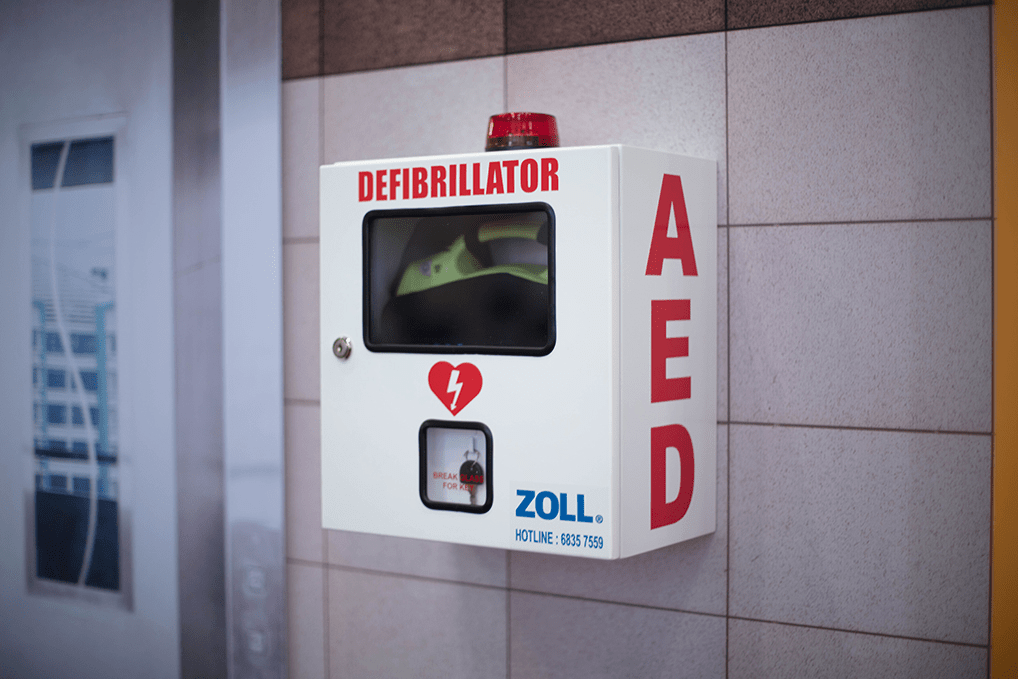 An
AED near an HDB lift

Years ago, my dad had a “silent” heart attack – and no, it didn’t look anything like the movies. He brushed it off since there was no dramatic falling or collapsing until unbearable pain pushed him to go to the doctor’s – just in time.

While visual cues aren’t always glaring, don’t mistake that for the absence of life-threatening danger – heart attacks can be as severe as health emergencies come. Once you hear a family member complain about pain or tightness in the chest that spreads to the arm and lower back, be sure to whisk that person off to emergency services ASAP.

If someone loses consciousness during a heart attack, below is the emergency SOP:

AEDs are widely installed in public locations in Singapore, with one for every HDB two blocks islandwide. You can also use SCDF’s app (iOS | Android) to look for a nearby AED.

2. Excessive bleeding from a gash

Day to day, papercuts may be our worst nemesis but they don’t come close to the nightmare of having a gaping, open wound. While most cuts and grazes can be fixed by slapping on a plaster or using one of these home reedies, excessive bleeding from a wound warrants a visit to the A&E.

In the event of a severed limb: Severed limbs can be “saved” and “replanted” back onto the body at the hospital if done within a few hours. An amputated finger, for example, can be reattached if it’s sealed in a clean bag with some air inside and placed in a tub of icy cold water.

The scary thing about stroke is that it can happen to anyone; sometimes even when we’re asleep. Strokes can be caused by blockage of blood flow to the brain, causing brain cells to die by the minute.

The severity of the stroke often depends on how quickly medical treatment is provided, so one of the most important things you can do is to spot symptoms as soon as possible, with the following “FAST” framework: 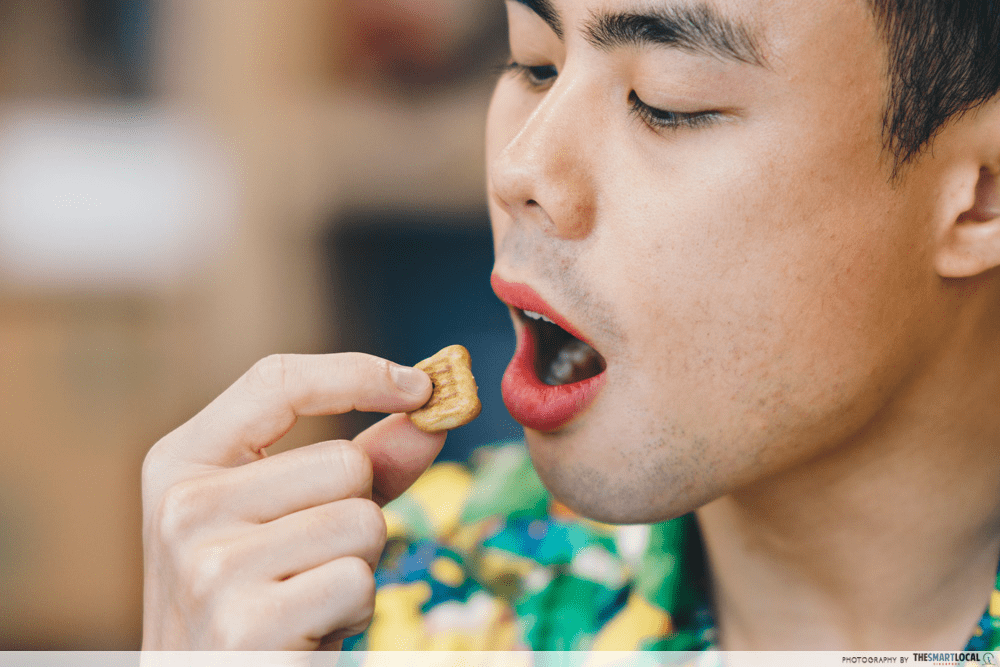 I know, we’re starting to sound like a verse out of Train’s 50 Ways To Say Goodbye, but it’s best to brace yourself for the worst, especially so for this next common dining mishap: choking. An elderly lady passed from ondeh ondeh going down the wrong pipe back in 2016, and hundreds of kids visit the ER for choking every year.

You can tell if someone is choking if they’re grabbing at their throat, looking panicked and coughing, or trying to cough. Perform the following emergency SOPs as soon as possible:

If the person falls unconscious, deliver CPR – which would also help to clear the airway and dislodge the obstruction.

Not to be mistaken for a stroke, a seizure is the less life-threatening of the two. Caused by a sudden surge of electrical activity in the brain, a seizure attack typically causes sudden jerking movements to a person’s arms and legs and stiffening of the rest of the body.

Contrary to popular belief, you’re not supposed to put an object into the person’s mouth during a seizure. You may get bitten, cause them to choke on the object or accidentally break the person’s teeth. Also do not attempt CPR on someone who’s having a stroke.

Seizure attacks typically don’t require emergency medical attention unless you’re experiencing it for the first time. Also call 995 if the person is unable to respond even after he/she is awake, if there are two or more seizures within 30 minutes, or if the seizure lasts more than five minutes. These could be signs of a greater health threat. 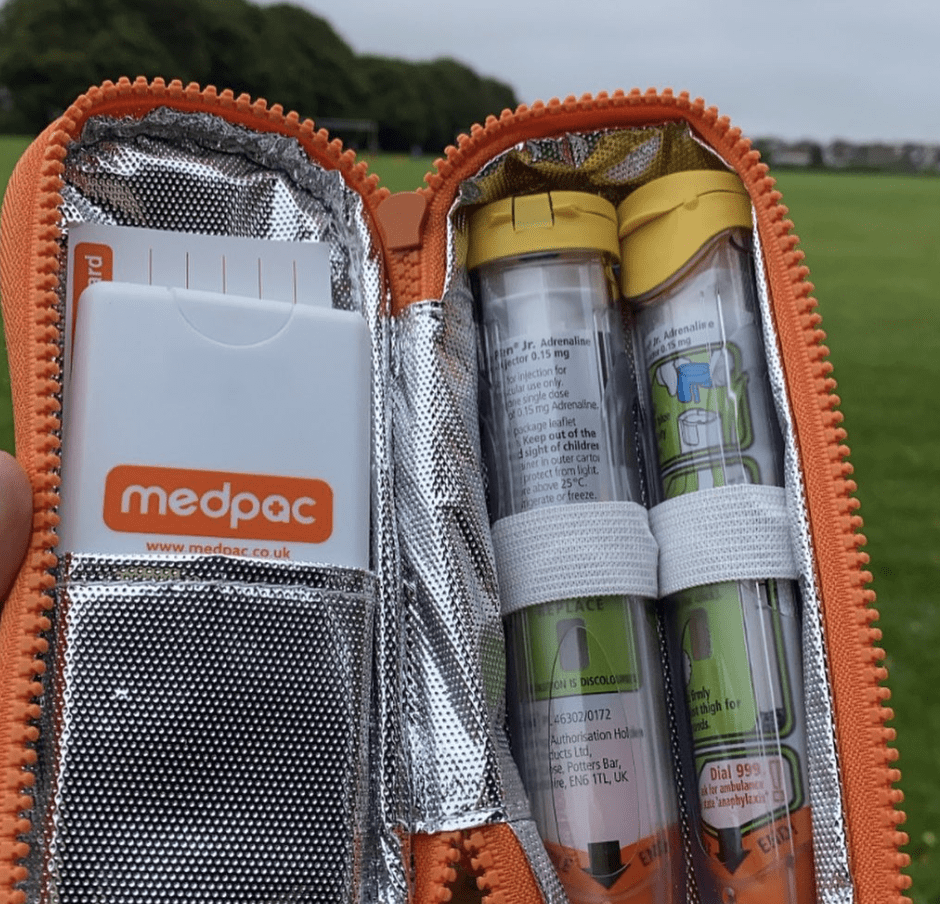 While anaphylaxis may sound like a term out of a medical student’s textbook, it simply refers to allergy – specifically one of the most serious forms of it. Unlike mild allergies, anaphylaxis affects the respiratory or cardiovascular system, making the reaction potentially life-threatening.

Common allergens that can trigger insect stings and bite, alongside food like peanut, seafood and eggs. And once it kicks in, we’re looking at a reactionary surge of chemicals from your immune system that can send you into shock. Symptoms include difficulty breathing, clammy skin and swelling of the tongue. 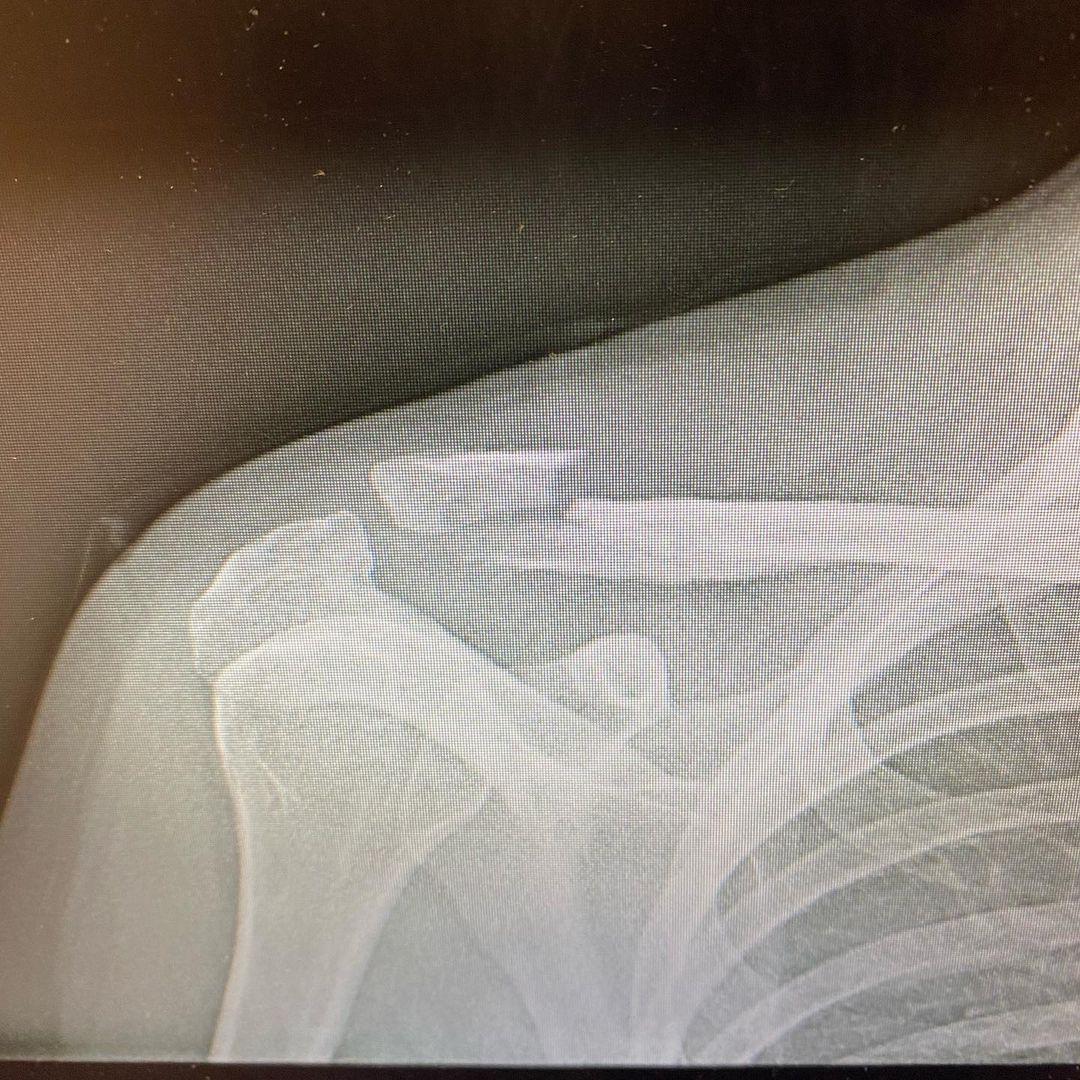 To wish someone good luck, we sometimes say “break a leg!” But really, why would you wish that upon anyone?
Image credit: @martinionice74

If you’re not careful, you can get a fracture doing virtually anything, from playing sports at school to your next outdoor hiking or cycling adventure. For general fractures, here’s the emergency SOP:

Fractures are typically not life-threatening, unless it’s at the neck or back. If the person’s neck or back appear bent at an odd angle, avoid moving the person until first responders arrive as accidental damage to your spinal cord and nerves can cause paralysis or death. 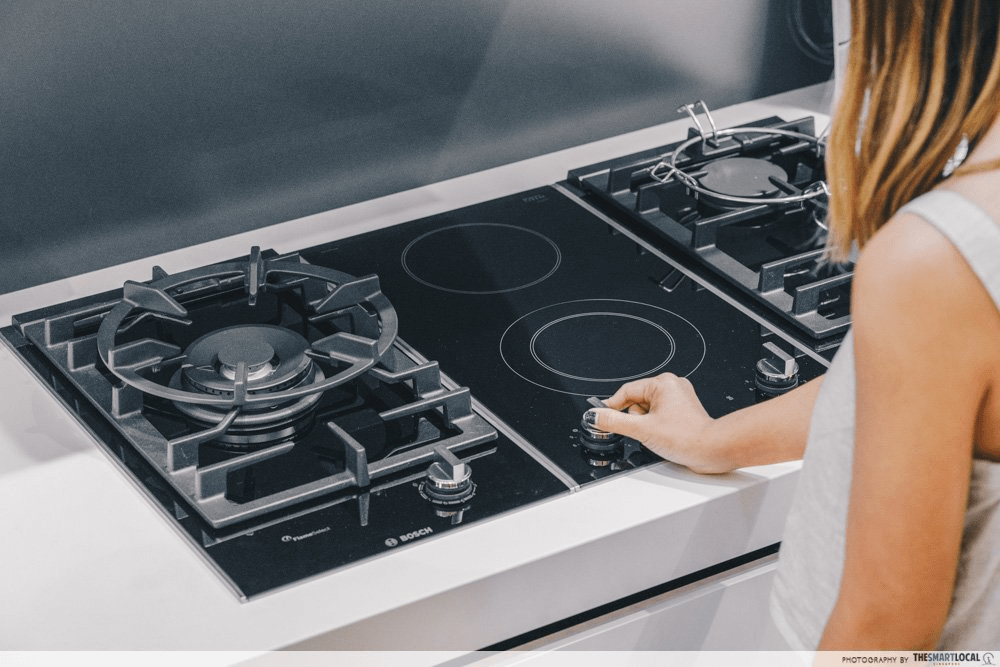 On to the reason why everyone says: don’t play with fire, kids. Burns happen most frequently in the kitchen at home, and can range from first-degree burns – a red and inflamed top layer of the skin – to third-degree burns, which refers to all the layers of skin being destroyed, appearing white or charred.

Most burns are typically minor – but be sure to seek proper treatment if it’s an electrical burn, a burn that’s larger than the size of your palm or one with blisters or white/charred skin. Also do not soak third-degree burns in water as this can lead to infections.

Fainting would be a cause for concern if it happens regularly, rather than that one time you decided to skip breakfast before a strenuous day. Usually, fainting is an isolated, non-emergency case, but you should call an ambulance if it is followed by an injury to the head or happens more than once in 24 hours.

We all aren’t Dr Shaun Murphy from The Good Doctor, bursting at the seams with medical knowledge on what a jugular vein even is; and more importantly, what to do in the event of a medical emergency. So one of the most important things we need to do when faced with a health crisis is to call for help.

Mount Elizabeth Hospital’s 24-hour Accident & Emergency (A&E) has a fleet of ambulances from Parkway Emergency ready to arrive at your doorstep pronto in the case of an emergency. But on top of that, sometimes acting fast is all it takes to save a life – and for that, they’ve also got 24-hour helplines with specialists on the line to guide you through the crucial process of first aid. 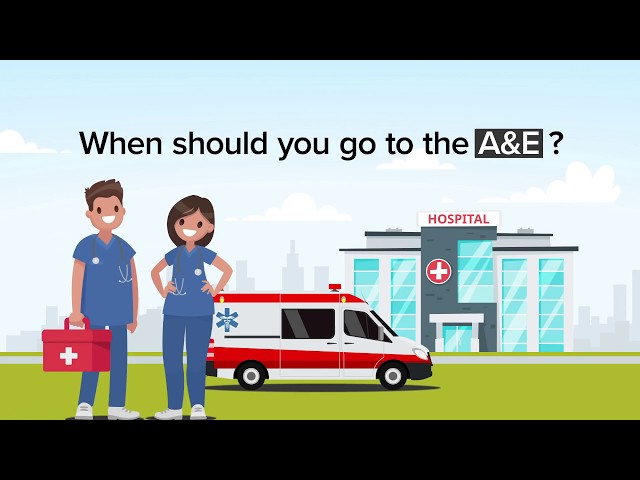 When should you go to the A&E?

As with all hospitals, patients with critical conditions will be prioritised. But a relieving factor for folks anxious about their broken leg or minor burn injury is that the waiting time at their A&E lies at a short 30 minutes on average. Those who call ahead will also be able to request for a doctor or specialist of choice to feel more at ease about the whole process.

Before you go, be sure to save 1800-PARKWAY (7275929) to your contact list for medical emergencies and transport.

This post was reviewed by Dr Samuel Low, clinical director, IHH Healthcare Singapore and brought to you by Mount Elizabeth Hospitals.

#accident what to do #ad #first aid #Mount Elizabeth Hospital 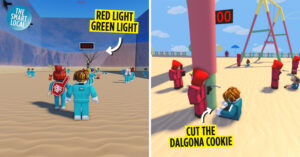 I Tried To Play Squid Game On Roblox As A Noob, Here's Why People Are Hooked
You Can Go On A LINE Friends-themed Staycation This Year End, With Mystery BT21 Merch 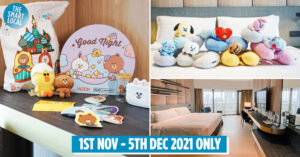