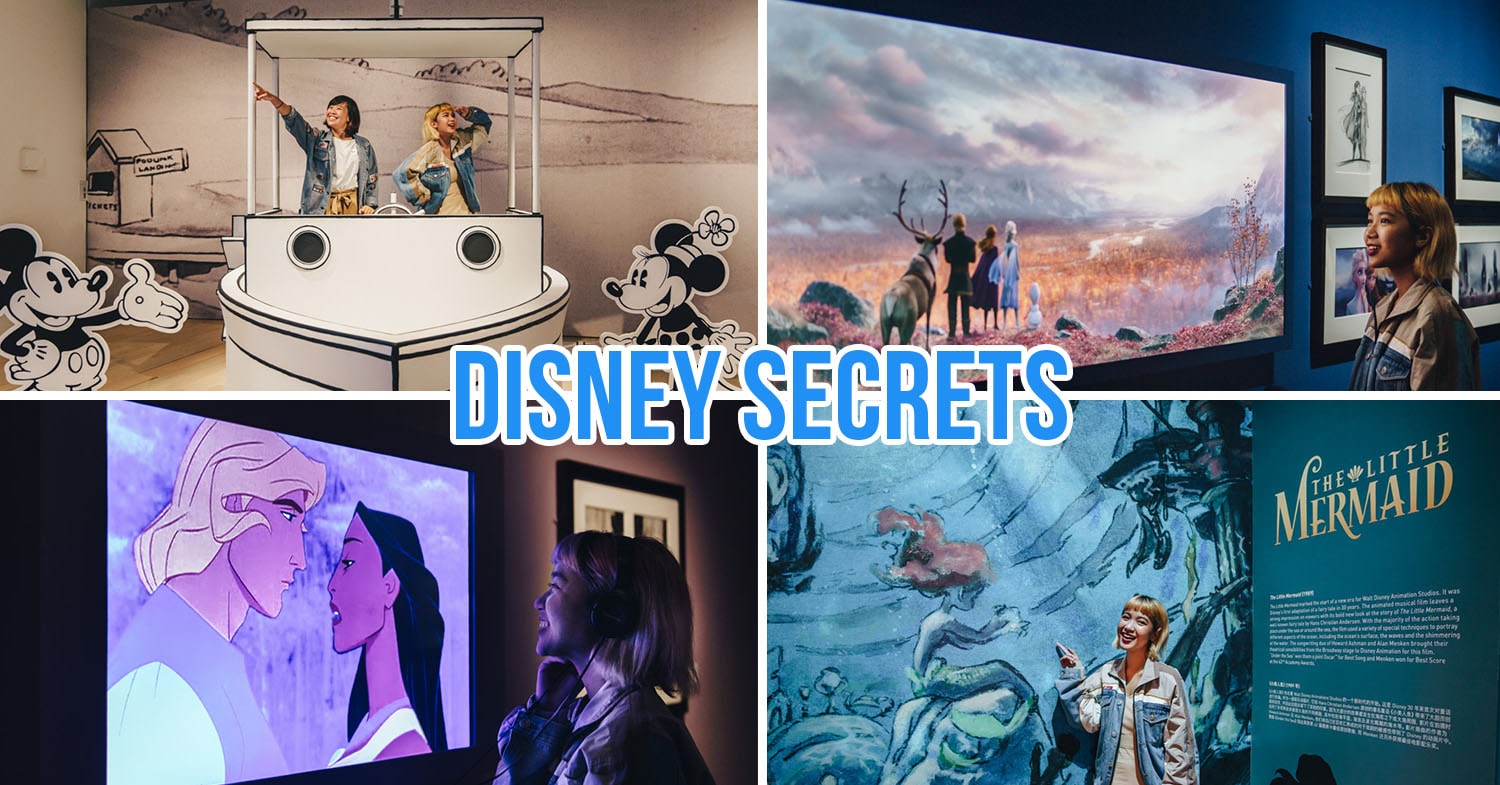 No matter what generation, Disney films have been a staple in almost everyone’s childhood. It’s so hard to pinpoint our ultimate favourite when there are so many classics that make us laugh and move us to tears – from The Lion King to Frozen.

There’s no denying that all these films were created with utmost intricacy. But behind every 3D animation and hand-drawn artwork lies lesser-known stories about the concepts and creations. To up your Disney fan knowledge, read on to find out 5 things you didn’t know about Disney films from the Disney: Magic of Animation exhibition at ArtScience Museum Singapore.

1. The ocean in The Little Mermaid was 100% hand-drawn 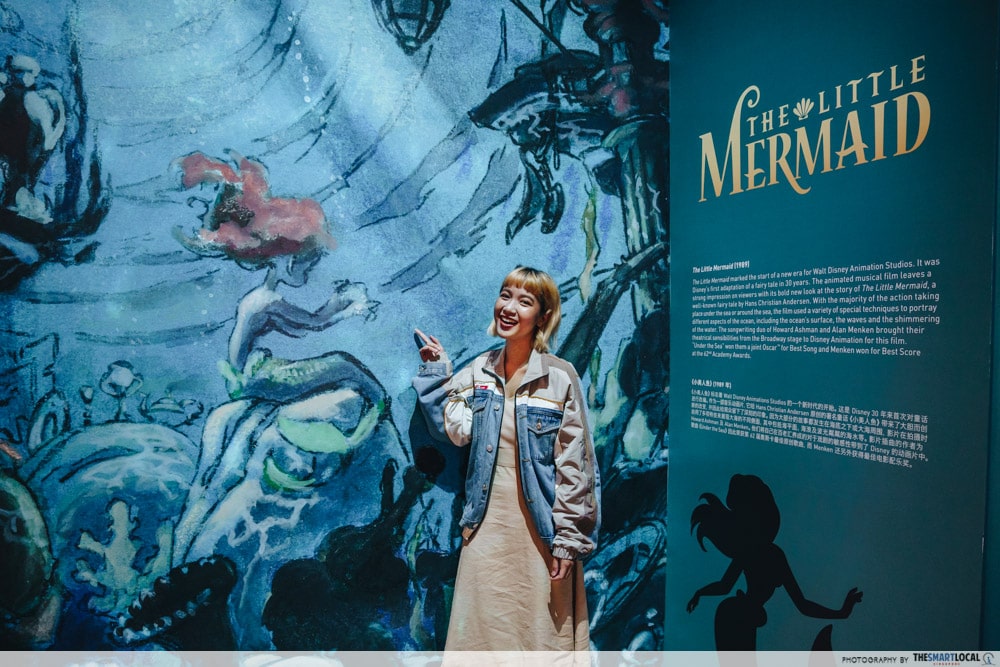 Those familiar with The Little Mermaid will know that the majority of the story takes place… under the sea. So imagine painstakingly hand-drawing every ocean sequence – that’s artistry at its finest. 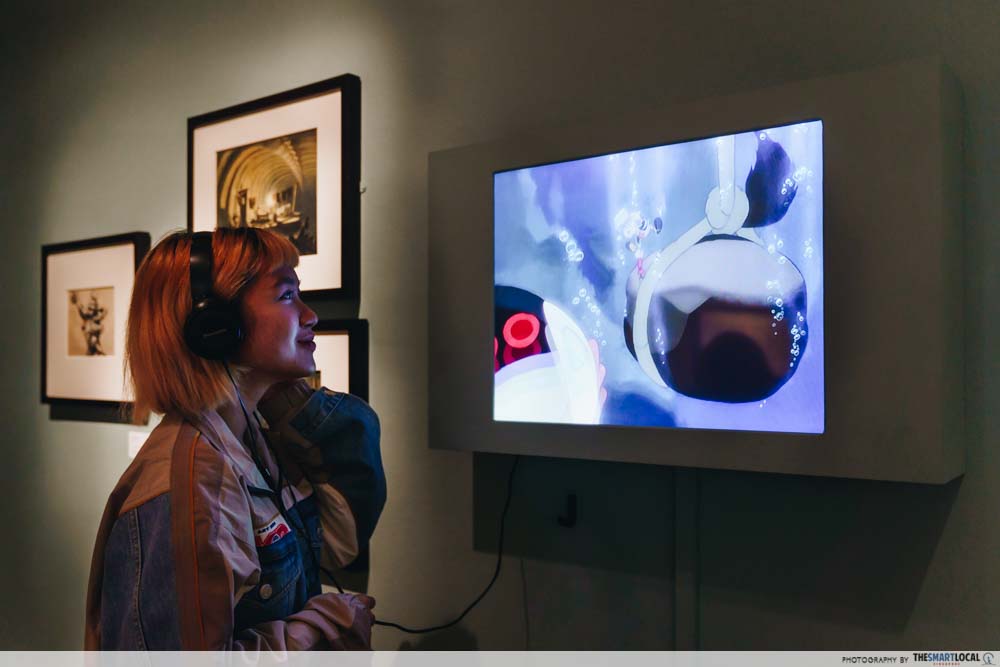 The Disney animation team were on a mission to have The Little Mermaid’s ocean appearance look as impactful as Pinocchio’s Monstro sequence as well as Fantasia’s The Sorcerer’s Apprentice sequence. To achieve this, they studied those scenes with careful precision to come up with a simplified hand-drawn method of designing the ocean, waves and bubbles.

This made The Little Mermaid Disney’s animated feature take the cake for the most special effects of any movie during that time. Considering its legacy today, it’s safe to say that all that work was well worth it.

2. Real deers were brought into the studio for Bambi 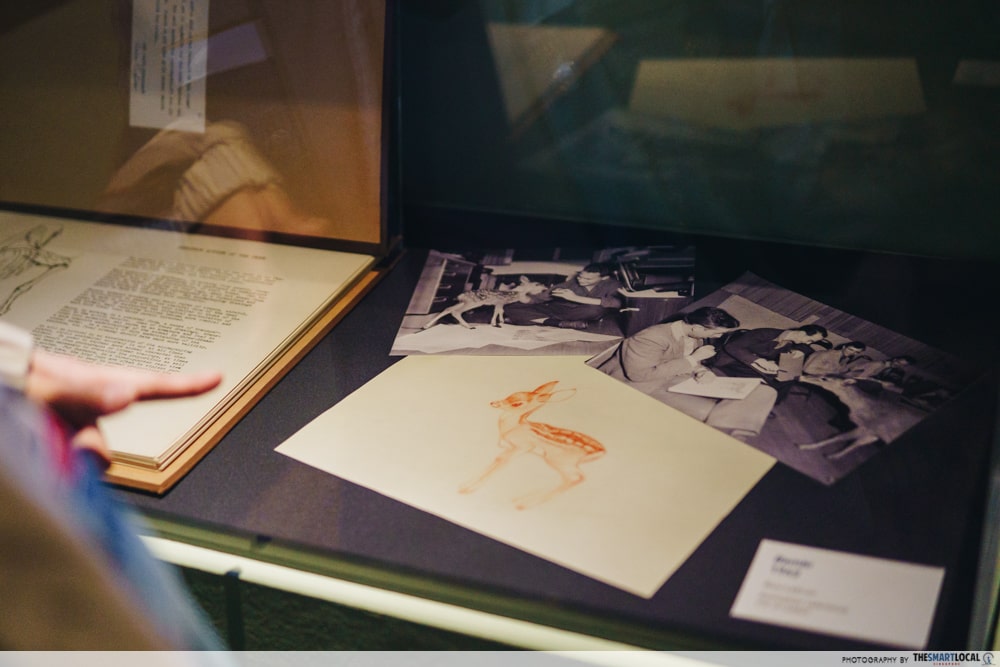 If you thought that Bambi was the first time that a deer appeared in a Disney film, think again. Deer had actually made their film debut in 1937’s Snow White and the Seven Dwarfs but Eric Larson, one of Disney’s core animators then, felt that they weren’t captured accurately enough and wanted to improve on this for 1942’s Bambi.

To ensure that Bambi was as true to its nature, Disney brought two live deer into the studio for animators to study and sketch out their movements and mannerisms. This ultimately birthed the baby-faced Bambi we all know and love today.

3. Pocahontas was based on a real woman 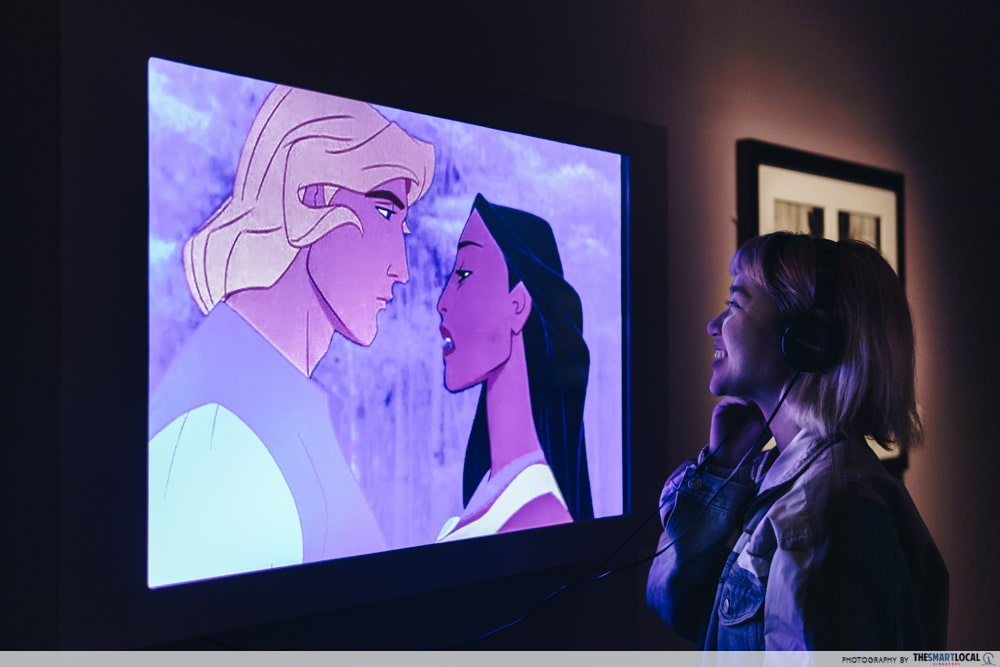 Don’t be surprised if you find Pocahontas’ name in American history. Yes, she was a real historical figure from Native America who helped colonists in Virginia, whom Disney drew inspiration from. 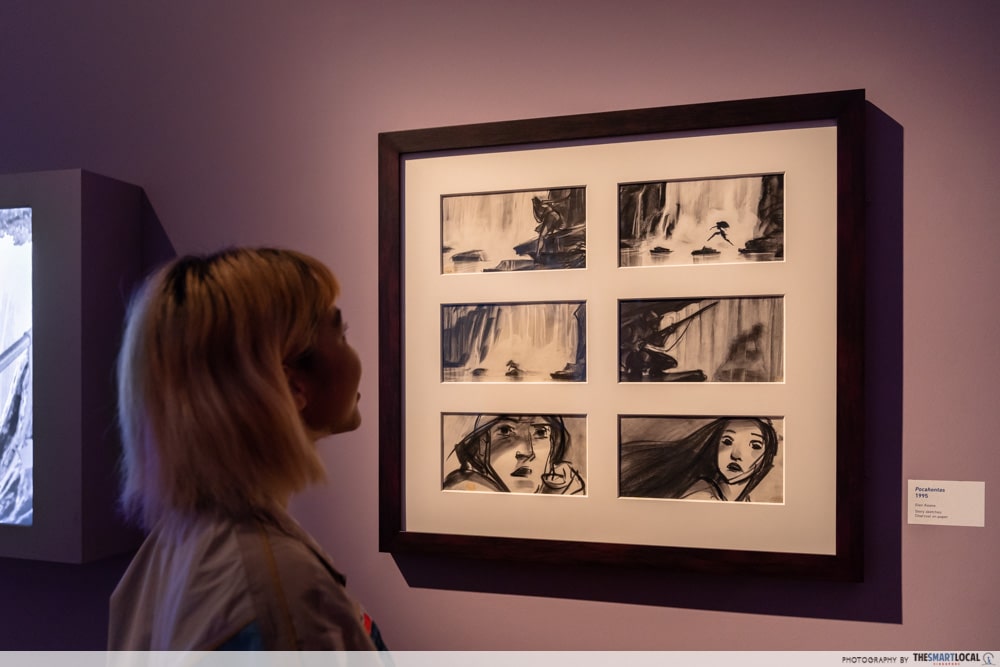 Minus the musical numbers and their romance depicted in the cartoon, Pocahontas and John were actually close friends IRL and she would provide weekly necessities to the Jamestown colony where John was residing.

4. Elsa was actually inspired by a villain 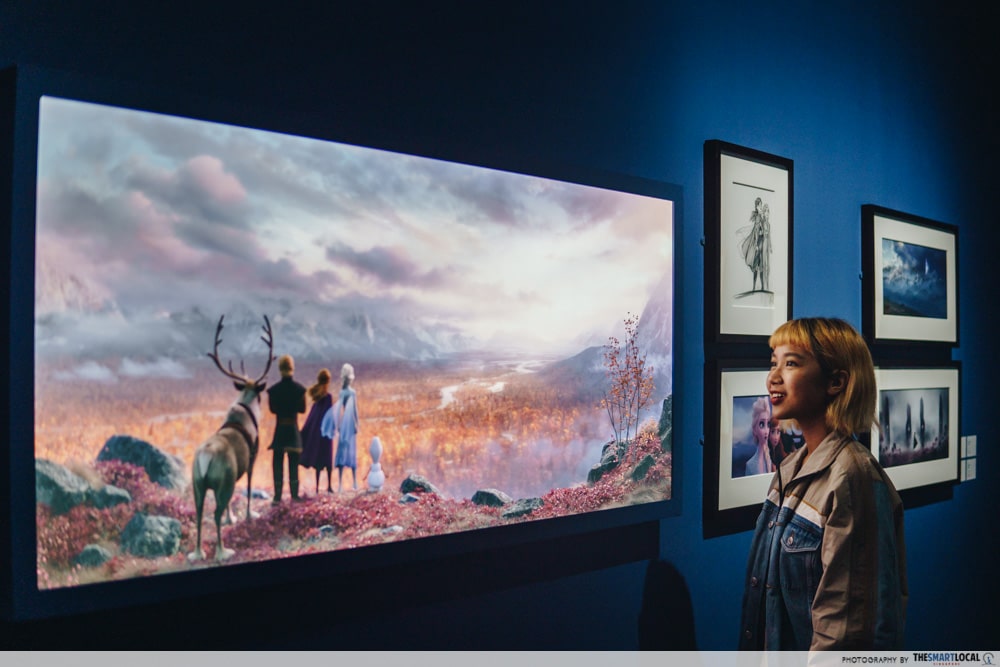 The origin of Frozen was actually inspired by The Snow Queen by Hans Christian Andersen, the Danish mastermind behind The Little Mermaid as well. Han’s Snow Queen was a villain who erased the memories of the protagonist’s friends and abducted people of the town.

Trust the minds at Disney to adapt this classic tale to create a whole new original story for the big screen. This birthed Elsa, Frozen’s main character, who’s become a symbol of a modern princess for young girls everywhere. 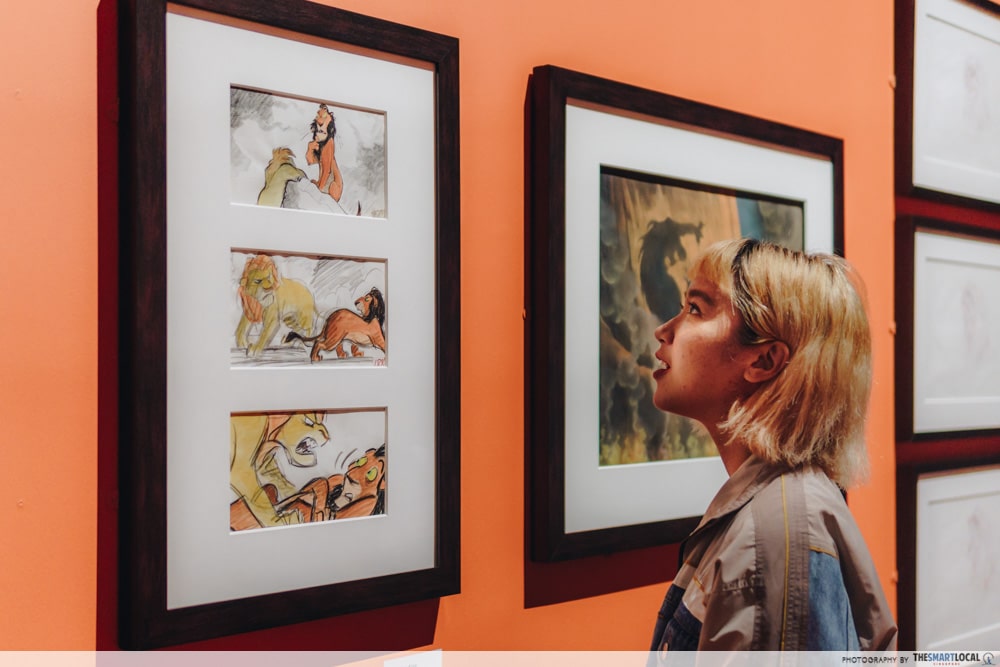 Remember that heart-wrenching wildebeest stampede scene where Scar betrays his brother, Mufasa in The Lion King? It never fails to tug at our heartstrings, but what is equally tear-inducing is the work that went into creating it.

The scene might’ve lasted 2 minutes and 30 seconds, but it actually took a team of 5 animators a whopping year and a half to complete it. As if the designing and drawing of the running wildebeests frame by frame weren’t hard enough, they also worked tirelessly with computer graphics to multiply the animals while ensuring that they don’t run through each other. 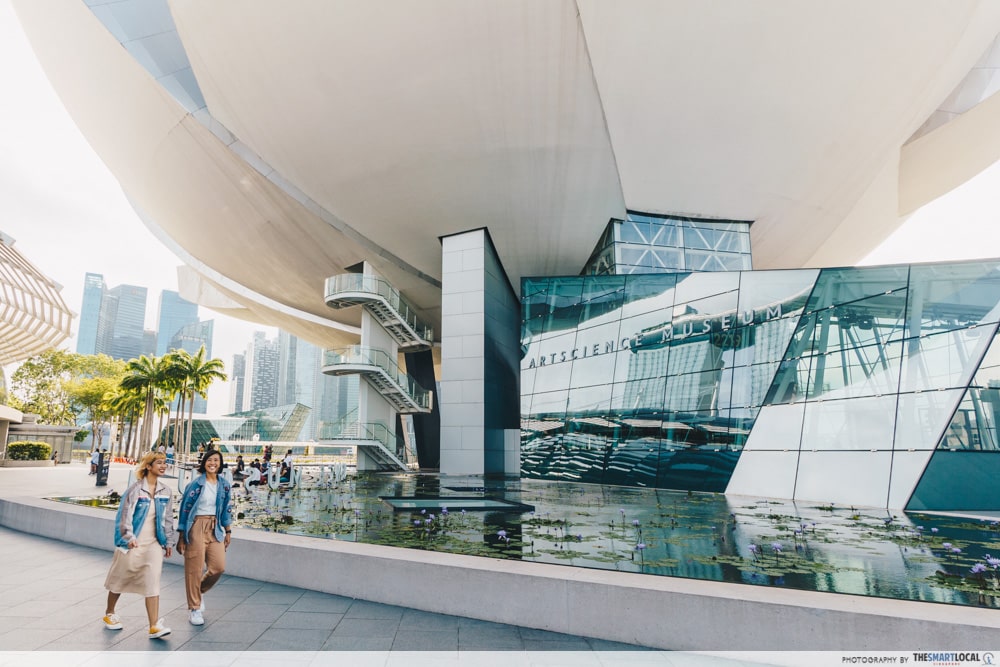 Disney has brought us so many timeless classics since the 1940s with films like Bambi, to fresher films of today like Frozen and Wreck-It Ralph. If you want to take a walk down memory lane, swing by ArtScience Museum Singapore.

Disney fan or not, the Disney: Magic of Animation exhibition will impress with original sketches and creative works that brought your favourite characters to life. 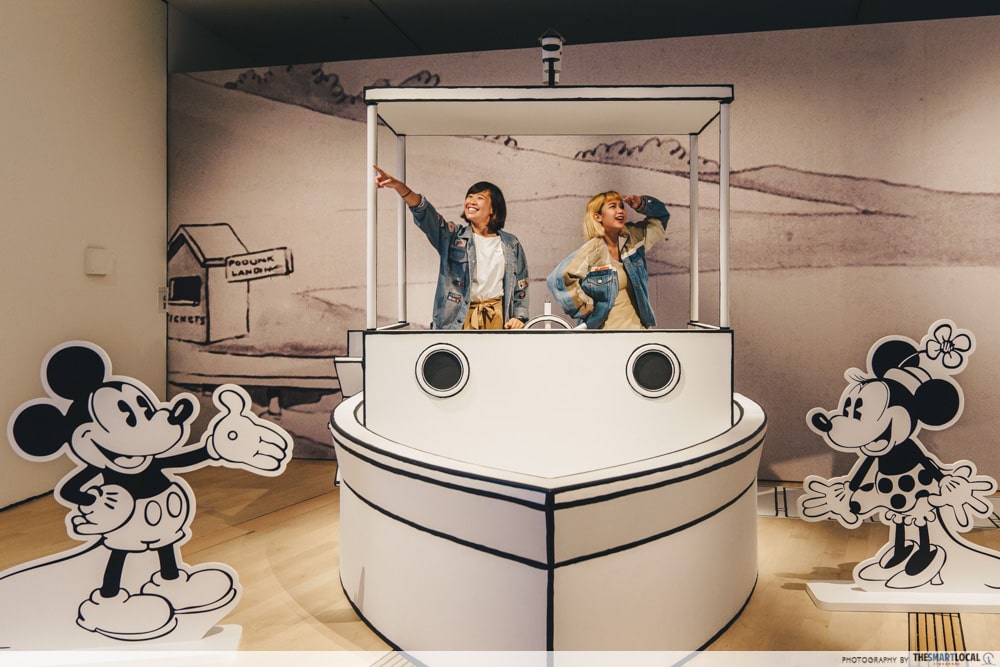 You’ll even get to learn more about Disney’s very first cartoon that had synchronised sound, Steamboat Willie, the moment you step foot into the exhibition – complete with a makeshift steamboat to strike your best poses.

Besides drawings and artwork, there are plenty of photo opportunities and interactive moments to explore, such as the video projection of Beauty And The Beast in a ballroom setting where you can join in the fun. 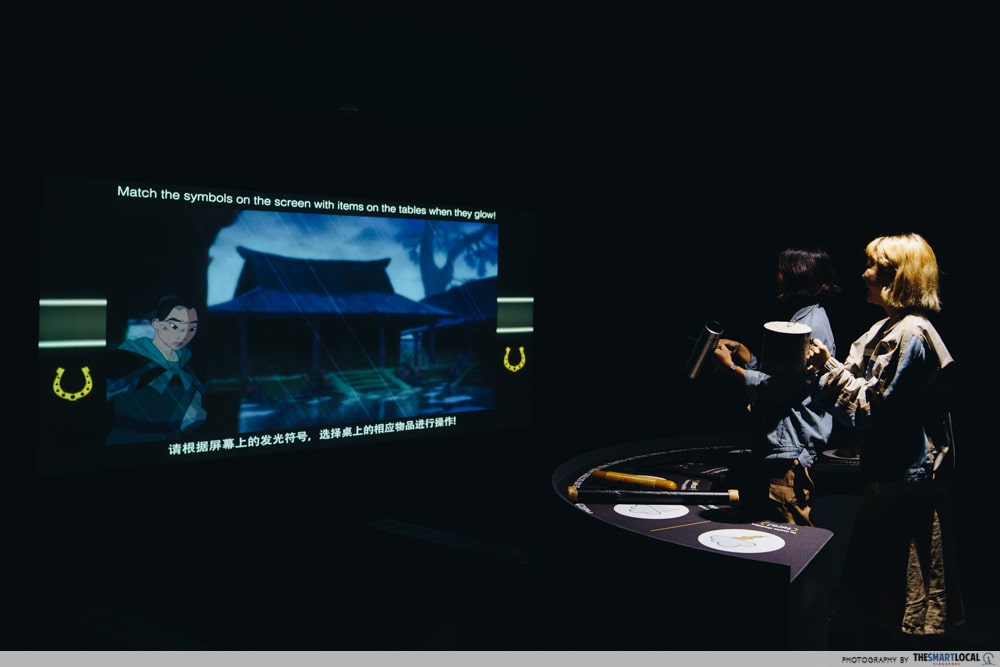 If you’ve ever wondered what it’s like to be a Foley artist, experience making sound effects to orchestrate the scene of Mulan’s emotional transformation into warrior Ping, similar to playing Guitar Hero.

With an array of props like coconut husks and springs attached to cups, have a go at coordinating the sounds of rumbling thunderstorms and swords in sequence together with a friend.

You can even get to experience what it’s like behind the animator’s desk with the flipbook-like demonstration at the Tarzan segment. Keep a sharp eye on how animators stack each and every hand-drawn frame to produce a 10-second scene, complete with subtleties like breathing and slight movement.

If you want to be spellbound by the different realms of Disney movies all over again, head over to the ArtScience Museum for the Disney: Magic of Animation exhibition before 29th March 2020 to discover more things you didn’t know about Disney. It doesn’t matter what age you are, the exhibition is perfect for kids, families and couples to relive your favourite Disney memories. After all, just like the song from Snow White and the Seven Dwarfs goes, “you’re never too old to be young”. 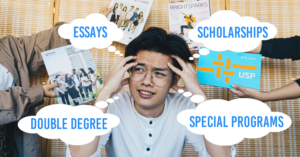 University Application FAQs & Tips That Your School Didn’t Tell You About After A-Levels/IB
Hong Lim Park Now Has A New CBD Gym With Unlimited Classes For Aerial Yoga,... 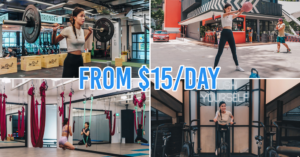