The city of Melbourne has something for everyone, be it in terms of its rich culture, eclectic architecture, sporting spirit, and last but not least, its infamous erratic weather.

Though most of the population resides in Melbourne, the surrounding towns also have their rustic charm and nostalgic appeal. Here we bring you 10 of the best day trips you can take from the heart of Melbourne to experience the appeal of the outlying towns for yourself.

Short for time or on the way to the hype that is the Great Ocean Road? Only a 30 minute drive away from Melbourne is the Werribee Park estate. Its proximity to Melbourne means that you can cover almost everything in the estate grounds within a day. Today, the estate’s namesake Italianate style historical Werribee Mansion serves as a museum, documenting life as it is for the Chirnside family in the 19th Century. 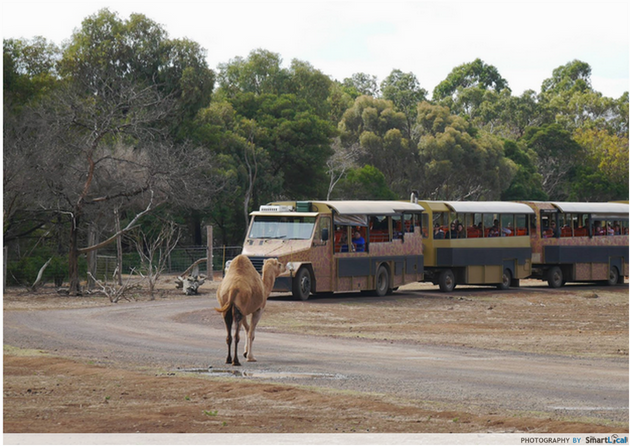 Also within the grounds of the estate is the Werribee Park Open Range Zoo, which is affiliated to the excellent Melbourne Zoo and is also the main attraction that visitors come to Werribee for. In addition to the usual enclosures and walking trails is its unique safari tour which mimics a tour through the African savannah, where one can try to spot ‘free-ranging animals’ such as giraffes, zebras, antelopes, and so on. 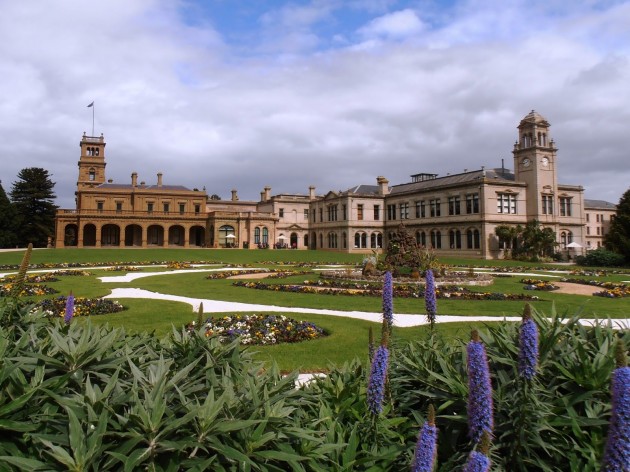 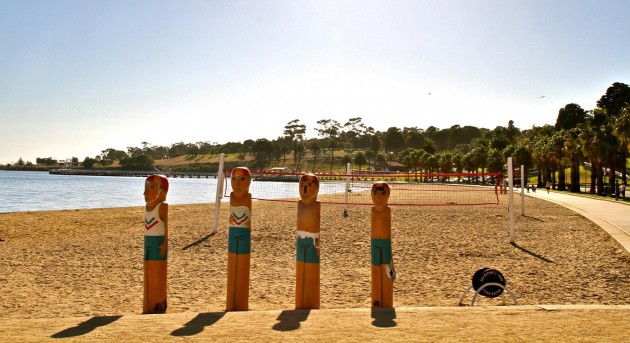 Part of the 104 pieces Baywalk Bollards along the Geelong Waterfront. Source.

Ever the forgotten sibling of its famous sister, Geelong is often dismissed in favour of Melbourne despite its status as the second largest population centre in the state of Victoria. This proud ‘country town’ is making use of its status and geographic location as a port city to revamp itself.

If Melbourne’s beachside suburb of St Kilda conjures images of crowds and tourists, then you will adore Geelong’s charming Waterfront. Contradicting perceptions of it being a sleepy backwater, the public sculpture adorned Geelong Waterfront buzzes with life, which is undeniably assisted by the combination of numerous restaurants, scenic jetties, public pools, grassy knolls, and playgrounds. 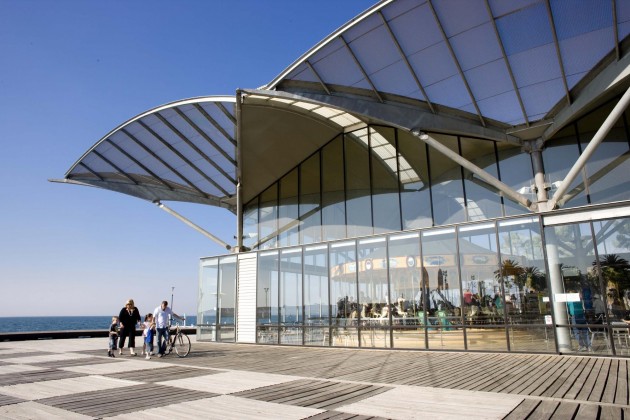 Adding on to the Waterfront’s artsiness is a historical hand sculptured carousel from the 19th Century, now restored to its former ornateness enclosed in its own sleek glass pavilion.

3. Hike in the Dandenong Ranges 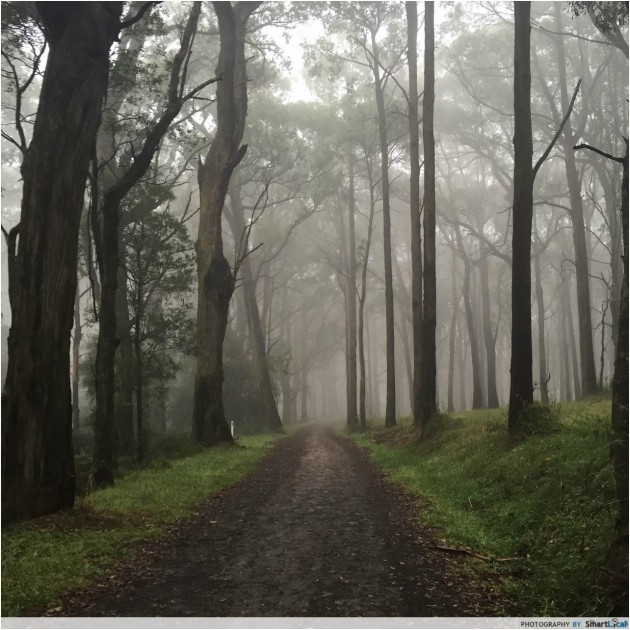 One of the many walking trails within the misty clad Dandenong Ranges National Park.

Just under an hour’s drive from Melbourne but worlds away in terms of atmosphere, the Dandenongs is a popular weekend respite from the hustle and bustle of city life especially during the summer months of December to February. 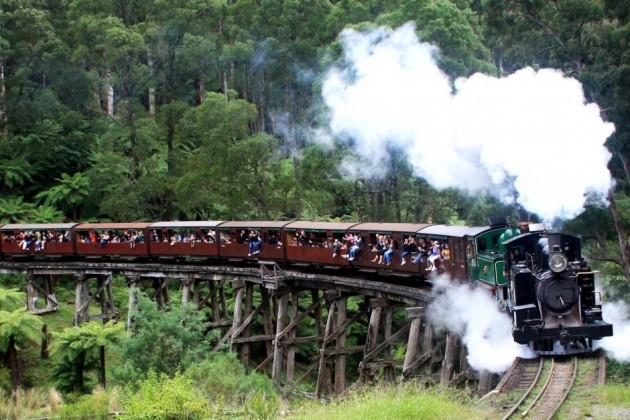 Tired of hiking? Catch the iconic Puffing Billy steam train, which departs near the Dandenongs’s main train station of Belgrave through the lush ranges to the town of Gembrook or dine in one of the many picturesque cafes that are dotted around Mt Dandenong Village.

Click here for the Puffing Billy timetable and fares. 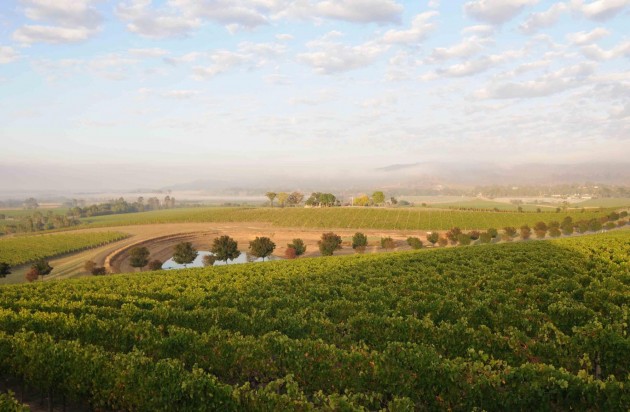 One of the Yarra Valley’s many wineries. Source.

The Yarra Valley to Melbourne is exactly like how the Hunter Valley and the Barossa Valley are to Sydney and Adelaide respectively. The Yarra Valley wine region itself is vast and we recommend starting from the main town of Healesville, where the town itself has sights to see (such as the Melbourne Zoo affiliated Healesville Sanctuary) as well as serving as a convenient base to easily explore the rest of the valley. 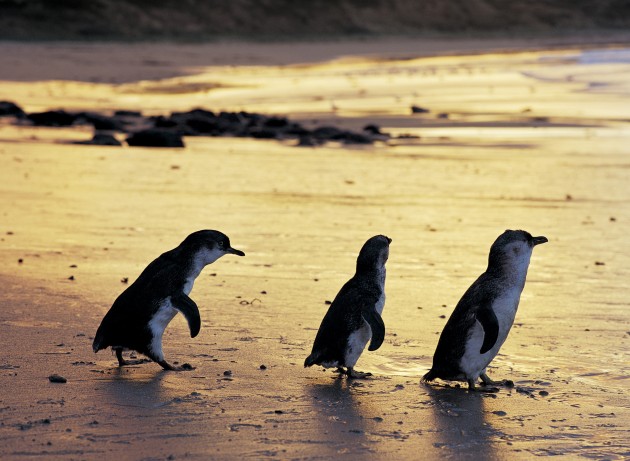 Watch the little things waddle into the sunset. Source.

Ever famous for its parade of little penguins and as a location for the Australian motorcycle Grand Prix, Phillip Island is a magnet for both international and domestic tourists in the region. Comprising about a mere 100 sq km, tiny Phillip Island thrives with heaps of wildlife. In addition to the touristy Penguin Parade are koalas at the island’s Koala Conservation Centre, the abundant birdlife of Rhyll Wetland, and Australia’s largest colony of fur seals at the namesake Seal Rocks. 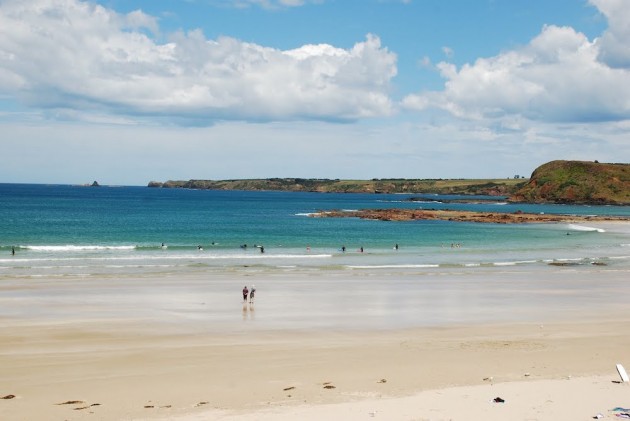 Besides being a haven for the wildlife enthusiast, Phillip Island also has something for the sport fanatic. Accompanying the Australian motorcycle Grand Prix are numerous surf beaches that are dotted around the island, which has hosted surf events in the past.

Click here to find out more on the Penguin Parade. 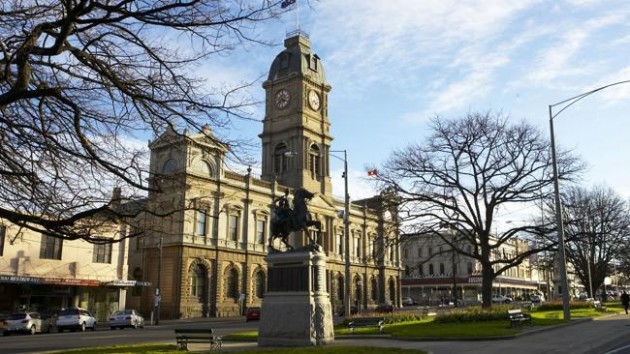 Ballarat was the site of the historical 1854 Eureka Rebellion that saw gold miners rebel against the then United Kingdom colonial government, which arguably led to the birth of democracy in Australia. Today, Ballarat is home to attractions such as Sovereign Hill (a recreated gold mining township of the 1860s) as well as Lake Wendouree (an artificial lake which served the rowing events of the 1956 Olympics).

On the other hand, Bendigo sets itself apart from other gold mining town with its historical Chinese community that stemmed from the arrival of its first Chinese miners in 1854, which is evident today in remnants such as the Golden Dragon Museum as well as the Joss House Temple.

7. Bask in the glory of historical riverine town Echuca 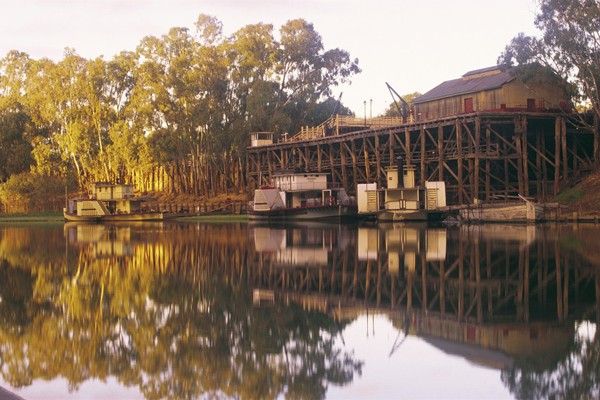 What was once Australia’s largest inland port and sitting in between the Victorian border with New South Wales, the historical riverine town of Echuca still manages to charm visitors with its chilled out vibe.

Sitting along the shores of the Murray River, this laidback little town manages to pack a surprisingly upbeat vibe, no doubt aided by the numerous atmospheric restaurants and bars dotted along the river. A touristy and customary thing to do in Echuca is to take one of the paddle-steamer cruises which tours along the river around Echuca. Also, if you have time to spare, a short hop across the river and located in New South Wales territory is the riverine town of Moama.

8. Immerse yourself in Aboriginal culture at Grampians National Park 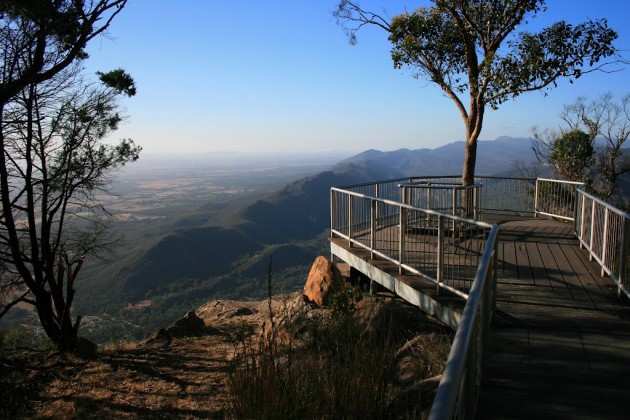 Home to numerous sacred indigenous sites and famous for its awe inspiring scenery, a quick day trip would not do justice to this beautiful region given the journey time of about 3 hours by car from Melbourne. Besides, there is a lot to take in at Grampians National Park and we recommend starting from Halls Gap, the tiny town that is the main base for exploring the rest of the national park.

Think Australia is all about sunny beautiful beaches? Think again. If you happen to be spending winter in Melbourne, head over to the resort town of Mount Buller, arguably Victoria’s largest and busiest ski resort.

Mount Buller is not just a place for winter activities as it is also becoming an increasingly popular hubbub of activity during summer for mountain biking, especially with its well-developed network of trails on the Mount Buller summit.

10. The Twelve Apostles via The Great Ocean Road 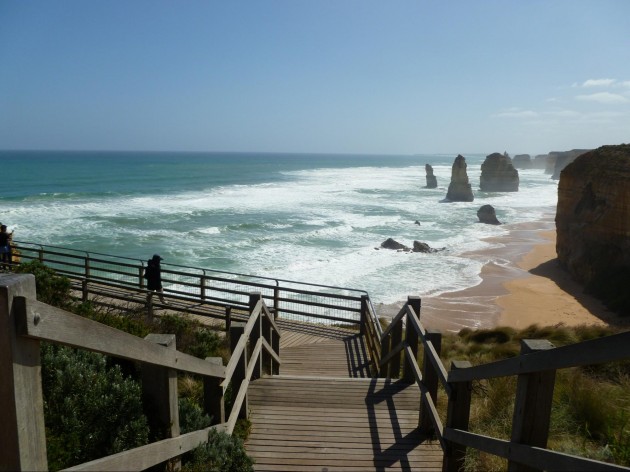 Arguably one of the most famous sights within Victoria, the Great Ocean Road conjures images of jaw-dropping cliffs, the namesake winding road above the ocean, and the iconic Twelve Apostles (on last count only 8 were still standing).

Other than being a premier destination for an Aussie road trip, did you also know that the Great Ocean Road is the world’s largest war memorial built by Australian soldiers in 1932 and dedicated to their fellow compatriots who lost their lives in World War I? 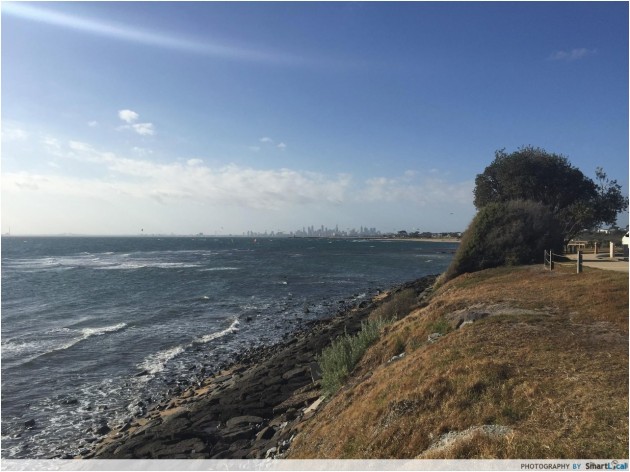 Our list of top 10 day trips to take from Melbourne are by no means an exhaustive one and there’s lots more to do in Victoria than the restrictions placed on it by any lists. Where are your favourite spots? Let us know in the comments section below! 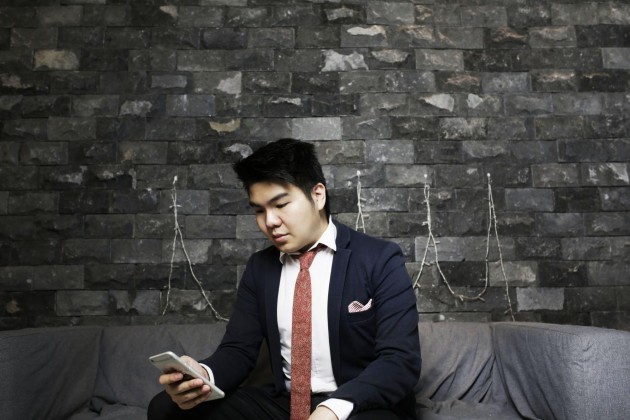