From the artwork on our $2 notes to the numerous sculptures along Changi Airport, bits and pieces of the art scene have become an integral part of our lives without us really noticing. If you are one of the few who never thought much about them, you might be surprised to know that these are the brainchilds of local artists.

On top of that, some of these artists have been recognised for their significant contributions via the prestigious Cultural Medallion award. Here are a few Singapore icons from past-year recipients that might surprise you:

1. Portrait of Encik Yusof Ishak on our SGD notes

All of us are familiar with the portrait of Encik Yusof Ishak plastered on every SGD note and it’s no doubt an iconic design. This recognisable currency series – the Portrait series – has been running for a whopping 19 years, and we have local artist Chua Mia Tee to thank.

This artwork has since become one of the most beloved portraits of our first president and no doubt one that most of us like to have on hand. Thanks to Chua’s contribution, he was awarded the Cultural Medallion in 2015 and is now recognised as one of Singapore’s most significant artists.

2. Bronze statues of children outside Fullerton 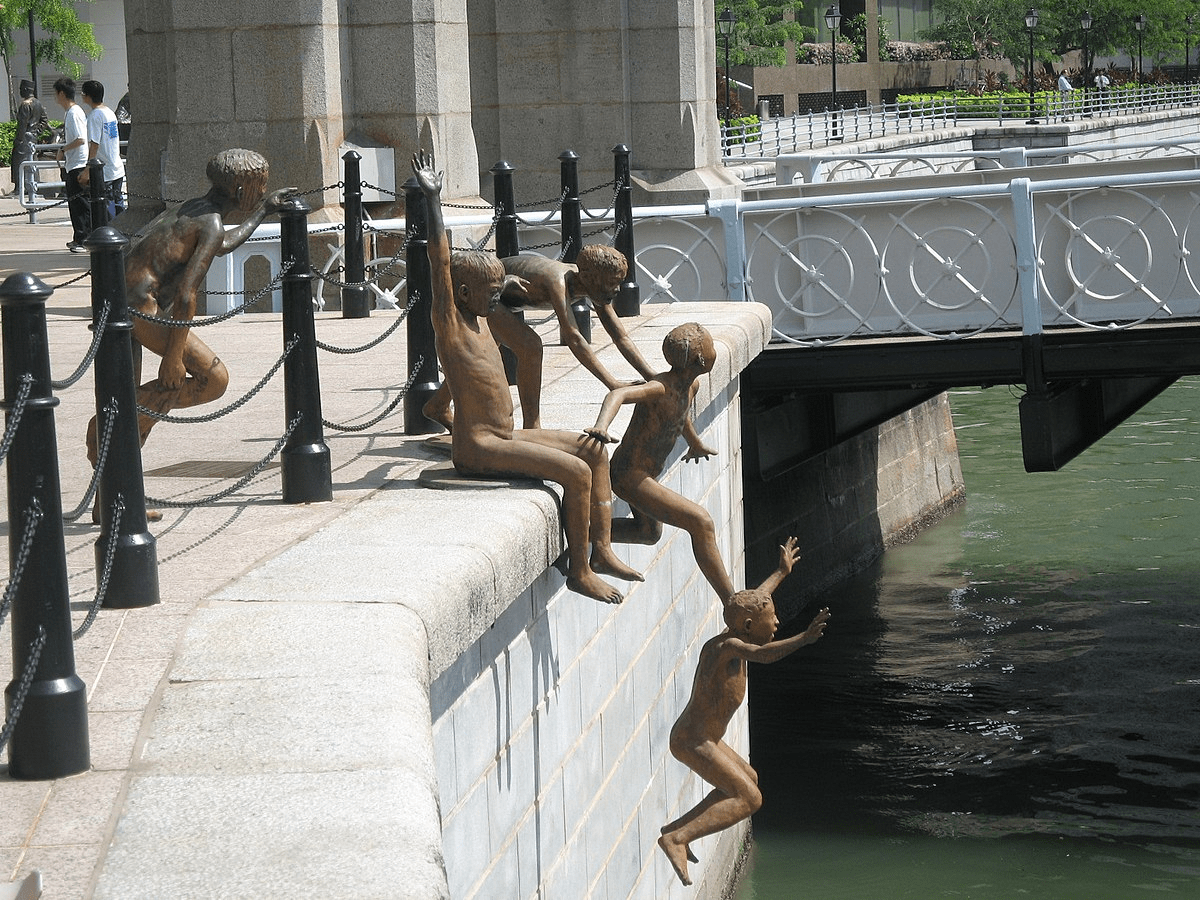 Pass by Fullerton and chances are you won’t miss seeing this statue by the Singapore River. Sculpted by Chong Fah Cheong, the iconic statue titled First Generation was unveiled in December 2000. That makes it almost old enough to vote!

Though most of us may not have known who was behind the art, the sculpture is no doubt an iconic landmark. 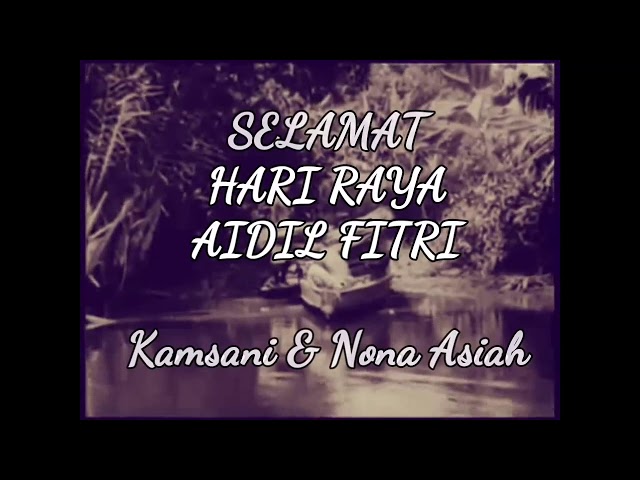 Nona Asiah was a Cultural Medallion recipient in 2016

Whether you sang this song in school or heard it during Hari Raya season, this tune has an undeniable charm to it. In fact, one of the voices belongs to Nona Asiah, famous for her singing voice in early 1950s and 1960s Malay films.

Other than being one of the first local female artists to be signed to a record label, she was also the vocal coach for numerous singers such as Najib Ali and Rilla Melati. She is also known for being in tons of Malay films, most noticeably appearing alongside P. Ramlee from Malaysia.

4. The latest recording of the national anthem 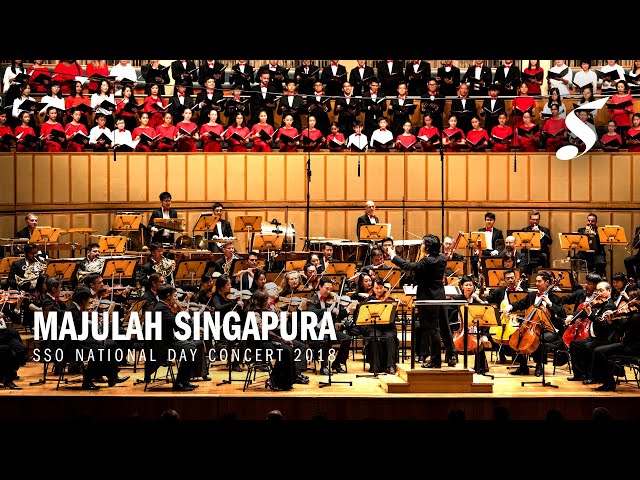 While we can recognise our national anthem in a heartbeat, some of us may not know that the current one played during NDP season was rearranged some 20 years ago by local composer and 1996 Cultural Medallion winner, Phoon Yew Tien. Re-orchestrated to have a grander, more inspiring feel, this version has since become the official anthem that we know today.

It was also re-recorded in recent years to make it easily accessible to Singaporeans and improve its sound quality for future use. 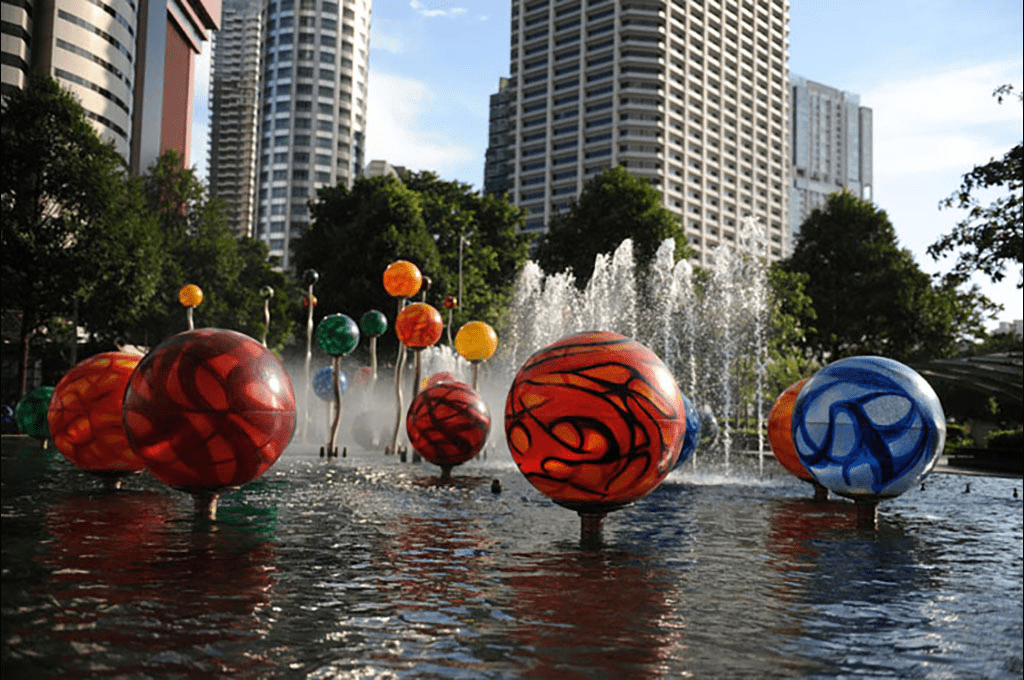 Giant lollipops or shiny pearls? Created mainly out of glass, these beautiful pearl-like sculptures were created by 1995 Cultural Medallion winner Han Sai Por who took inspiration from the bubbly nature of the fountains. The installation sits outside Capital Tower in Tanjong Pagar and presents a pretty addition to the urban landscape.

You’d also probably recognise tons of her sculptures along Esplanade and in Changi Airport.

While some of us plebes may not have heard of these names before, there are ways to get in touch with our country’s cultural history. As part of the National Art Council’s 30th anniversary, Arts House Limited has a free showcase titled “Our Cultural Medallion Story”. Held at The Arts House, the permanent showcase celebrates Cultural Medallion recipients and their contributions. 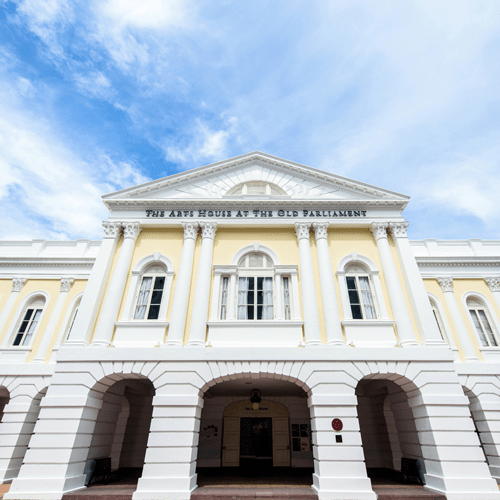 Familiarise yourself with the story of the Cultural Medallion in The Arts House which is a national monument
Image credit: theartshouse

Along with interactive presentations and short videos, the showcase has Instagrammable features that’ll tell you more about the history of the Cultural Medallion and its recipients.

Visitors will be equipped with a Near Field Communication (NFC) token to enjoy a more interactive experience and obtain an “art-inerary” on Cultural Medallion related programmes based on your interests and engagement with the showcase content.

While the art scene in Singapore may sometimes be hidden in plain sight, showcases like these go to show that there is a way for us to appreciate the local arts in Singapore.

Find out more about Our Cultural Medallion Story here

This post was brought to you by Arts House Limited.
Cover image adapted from: e-allmoney & Wikimedia 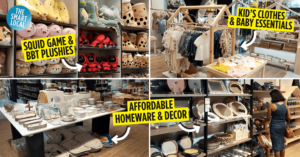 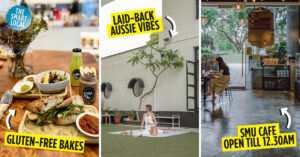