Money-saving tricks that cheapo Singaporeans use

“Free then take lor, cheap then buy lor” is a common philosophy among Singaporeans. As much as we’d like to think that being cheapo is a trait exclusive to kiasu aunties, deep down, there’s a cheapo in all of us. Case in point: the snaking queues that sprout whenever freebies or discounts are being given out.

But hey, no shame in that. The best things in life don’t have to cost a fortune. And being the resourceful bunch we are, Singaporeans have tricks up our sleeves to get stuff for cheap/free. If you’ve done at least 3 of the below, congratulations – you can consider yourself a certified cheapo.

1. Nicking bath supplies from your hotel when overseas 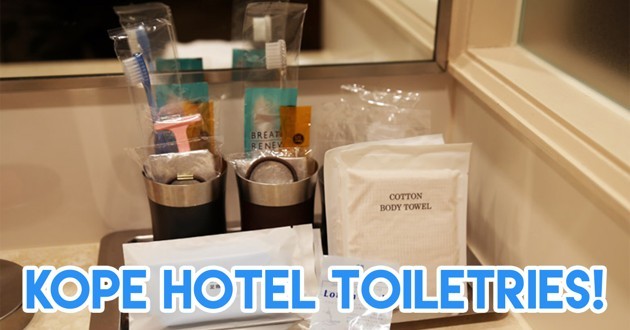 Hide the complimentary toiletries from your hotel before going out, and you’ll come back at the end of the day to see that they’ve been magically replaced by the wonderful room service elves! Repeat that daily and by the end of your trip you’ll have enough free shower gel and toothpaste to last a month. Gotta make the most of your accommodation fees, amirite?

2. Squeezing yourself into kids’ clothes and shoes 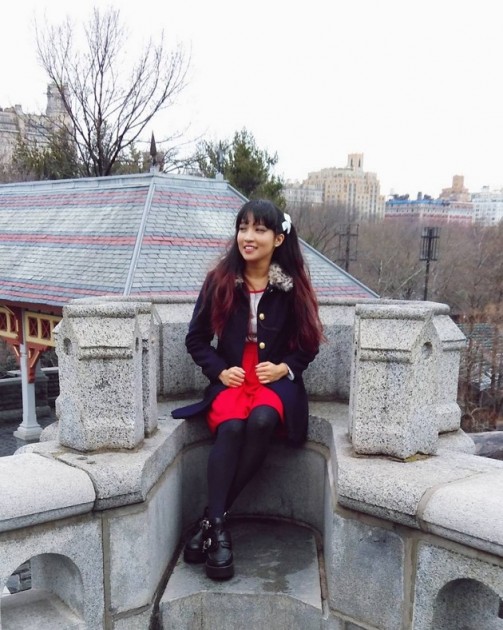 This seemingly atas faux fur-collared coat is from F21 Girls. The dress underneath is also meant for kids, snagged from a thrift store. Source: @caramellechaos

Standing at 145cm, you can call me vertically challenged, but I consider myself #blessed beyond measure. One perk of being a shawty is that I can squeeze myself into clothes and shoes from the kids’ section, which are always cheaper. 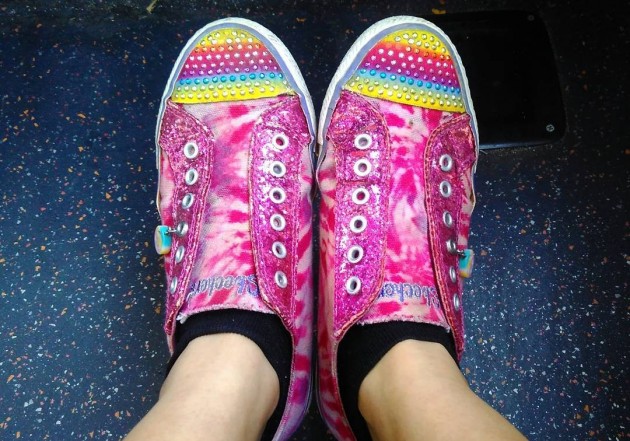 Many Western brands carry sizes for pre-teens and teenagers, which can be considered adult-sized for smaller-framed Asians. Just be careful about underestimating yourself and getting stuck in that dress for 10 minutes in the fitting room. #truestory

If you’re feeling peckish but don’t wish to spend on snacks, make your way through a supermarket and you’ll be leaving with a tummy full of bite-sized treats – for free! The best part is that you’ll never know what’s in store until you’re there, so it’s always a surprise.

I enjoy circling Isetan most because of their sheer variety of exquisite Japanese goods. Plus, the promoters there are some of the friendliest and most generous around. 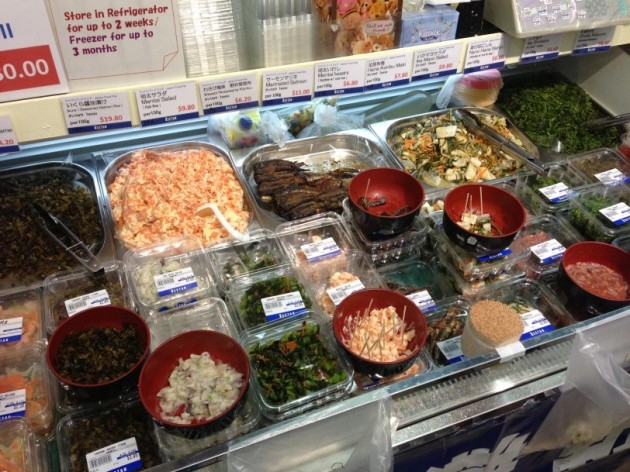 There are also food fairs at malls during festive seasons which you can kope free noms from – such as pop-up atrium sales during Christmas, and Takashimaya’s annual mooncake fair.

Cheapo pro tip: There are usually more supermarket samples being given out on weekends, because promoters want to leverage on the crowds.

4. Letting your gelish get ratchet ‘cause $15 for a soak-off is ridiculous

For cheapo sistahs in the house, gel manicures are an indulgence we only let ourselves enjoy once a year. But when we finally do decide to pamper ourselves, we make sure we milk our $40 – $80 for what it’s worth – which means keeping the manicure on til’ it grows out, ratchet chipping and all. 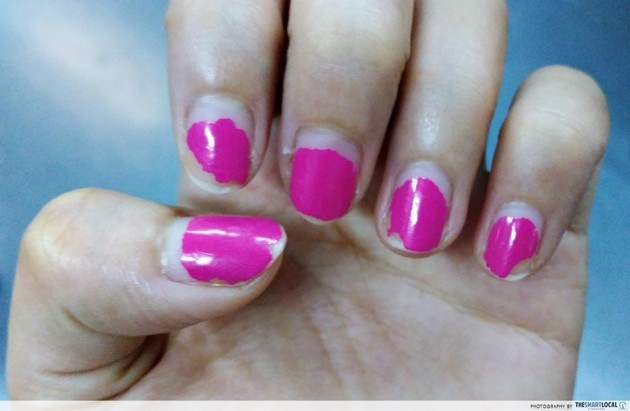 It just doesn’t make sense to pay $15 for a soak-off – especially when you can have the therapeutic satisfaction of peeling bits and pieces off by yourself. 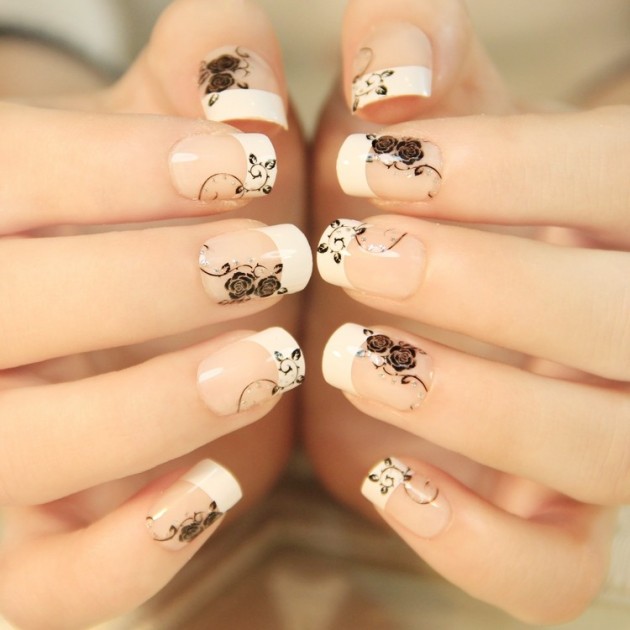 Cheapo pro tip: I always go for a modified French manicure rather than having my nails fully painted. The regrowth is less obvious that way. Source

5. Posing as a student for special discounts 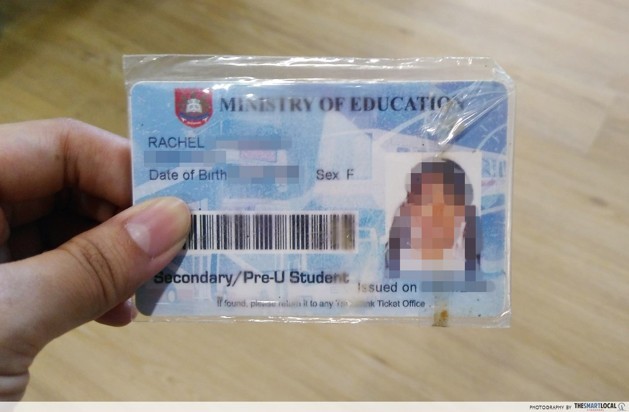 But your card doesn’t have to RIP just yet – keep your expired pass to take advantage of student deals at eateries, museums, and events. Ain’t nobody got time to check your age, anyway. At the ripe ol’ age of 23 I’m still getting away with pretending to be 18. Shhh.

Keeping your kiddy card instead of trading it in for an adult one means having any remaining value stuck in there forever. But the savings gained from student discounts will far surpass that amount.

Many malls here have nursing rooms for moms to breastfeed and change their babies’ diapers at. And each room has a water dispenser with hot and cold water for mixing milk formula – which I always take advantage of to curb dehydration. #thirstyaf 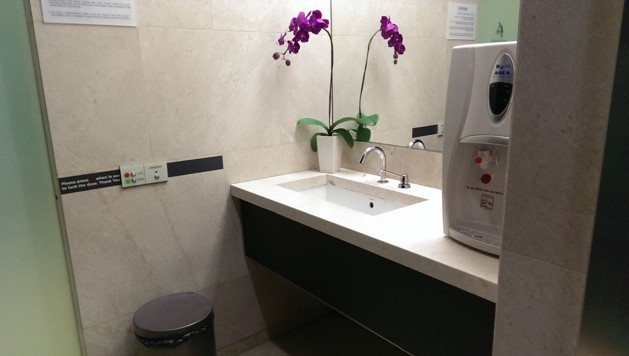 The nursing room at Ion. Source

Unfortunately, certain malls now require you to press an intercom button in order to get into this Room of Requirement – probably to deter buay paiseh people like myself who have been using the room’s facilities for non-baby-related things. Or those who’ve been, y’know, attempting to make babies in there. IYKWIM.

When all else fails, there’s still good ol’ potable tap water. I do get stares when I fill my bottle at public restroom taps, but IDGAF so long as I get free water that won’t make me lao sai.

7. You shop not by item but by looking out for the “red alert signs” 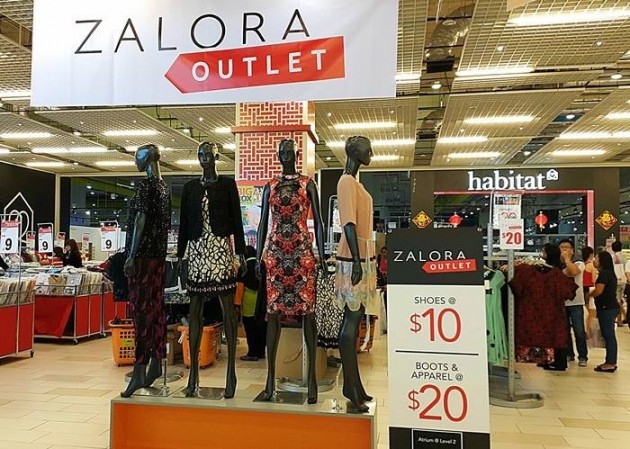 You step into a store, and your eyes immediately zoom in on it: the sign screaming “$10 ONLY!!!” in bright red. Like a bull drawn to a matador’s cape, you charge forth and start rifling through that one rack for treasures. If it ain’t on sale, you ain’t buyin’!

Cheapo pro tip: Other than GSS, another good time to buy clothes is during Christmas and post-Christmas sales, as retailers are usually desperate to get rid of whatever old stock they have before the new year rolls in. 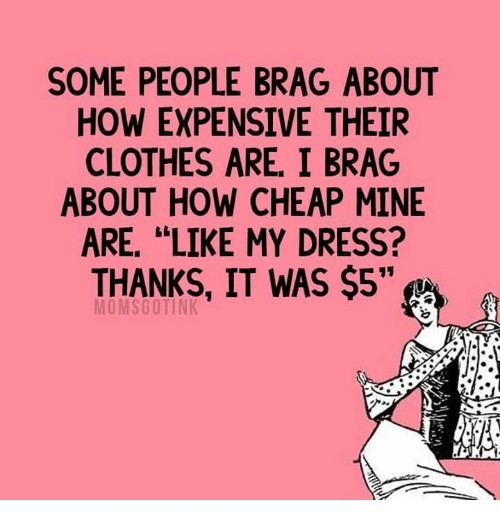 8. Kope-ing extra salt and pepper packets from McD’s to use at home

Once upon a time, our fave curry and BBQ sauces from McDonald’s were condiments without conditions – freely given whether you bought nuggets, fries, burgers, or nothing at all. Today, you only get them with EVMs or chicken nuggets, and have to fork out 30 cents for every additional packet. Tough life. 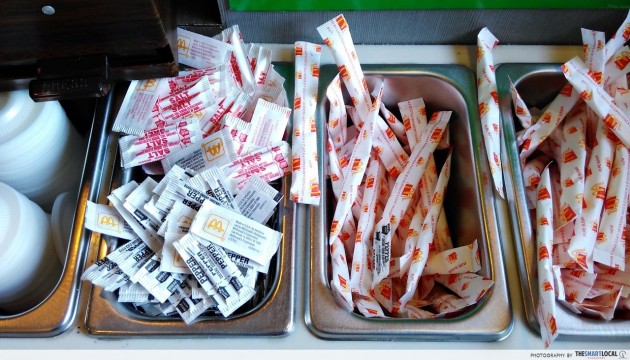 But that’s okay, because there are still “free flow” salt, pepper, and sugar packets for the taking! Not saying that I’ve done it before, but you can easily grab a handful of those sachets to bring home and no one will know.

9. Getting hot water refills for your tea until it becomes tasteless 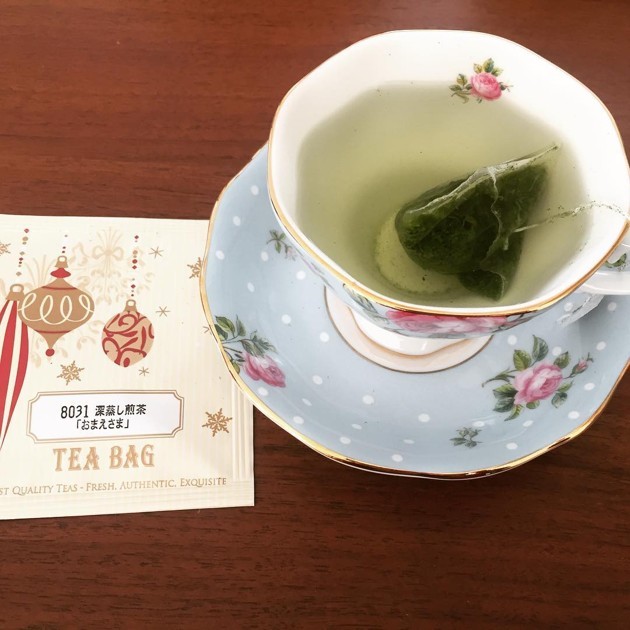 There are 2 kinds of Singaporeans: those too paiseh to ask for hot water refills for their tea, and those who repeatedly do – to the point where the “tea” produced is eventually colourless and tasteless. But when a pot of tea at the average local cafe costs an exorbitant $12, you gotta do what you gotta do.

10. Doing your makeup at Sephora before a date

Why paint your face – or even nails – at home when you can get it done at Sephora FOC, with makeup testers in every colour imaginable? The best part is that there are cotton pads and makeup remover available, so you can always start over if you screw up. 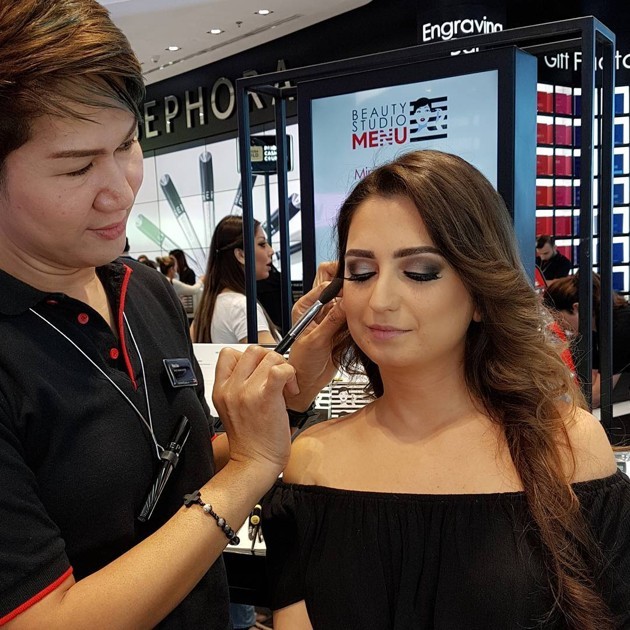 For good measure, just pretend that you’re an extremely indecisive buyer. “I’m not sure, I’ll have to think about it” is your go-to line when Beauty Advisors approach, and no one will question you or try to hard-sell – Sephora is awesome that way. 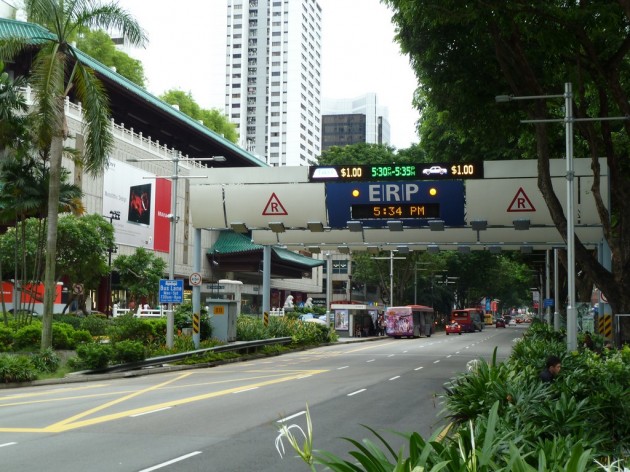 Car owners in Singapore don’t have it easy. On top of COE which can cost more than the car itself, one also has to master the art of dodging ERP gantries. When there’s just a short window of time left before the charge period passes, even the fastest sports cars will start crawling to avoid the trap.

Some people even go to the extent of jam-breaking at the gantry or camping at the road shoulder til the timing passes – but please don’t do this, it’s a road hazard and will compromise the safety of yourself and others.

Cheapo pro tip: before setting off, do a quick check on ERP charges using the MyConceirge service on MyTransport.SG, so you’ll know which roads to siam at which timings.

12. Getting the bill first when paying in a group so you can round up the value

Splitting the bill with a group is a tricky process. Other than putting your mental calculation skills to the test to make sure you’re not paying more than you should, you also have to fish out the exact amount of $$ from your wallet – or risk not getting enough change back. 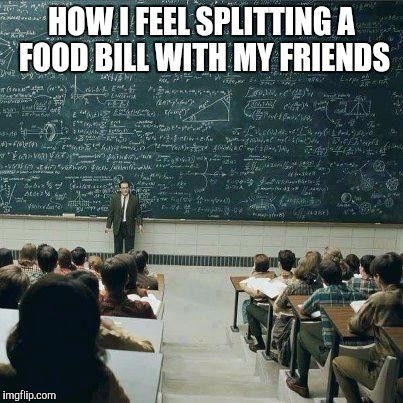 The solution? Offering to settle the bill by card first, and taking on the role of ah long later – but not before rounding up the amount to the nearest dollar. It’s not that you’re stingy, it’s just that collecting a nice value of $12 is easier than asking 5 people for $11.65 each and making your coin compartment explode.

It also doesn’t hurt that you’ll make an earning enough for a mama shop ice lolly afterwards. But that’s not the point.

It’s okay to be cheapo – money doesn’t grow on trees, especially not since the most commonly used denominations of cash in Singapore are now made of plastic instead of paper. *ba dum tss*

Jokes aside, everyone loves a good deal or hack that’ll help save some bucks. With the cost of living increasing, it’s natural that we want to take care of our piggy banks – it doesn’t mean we’re misers. I like saving on the small stuff, to amass moolah for more important big ticket purchases.

As the saying goes, “take care of the cents, and the dollars will take care of themselves”, so here’s to my fellow Singaporeans who cheapo and proud!

10 Gross Things Only Singaporean Couples Who Have Hit Peak Comfort Levels Do
7 Part-Time/Full Time Jobs For Girls Who Love Make-Up, Beauty, Or Fashion