Bus Uncle knows when your bus is coming 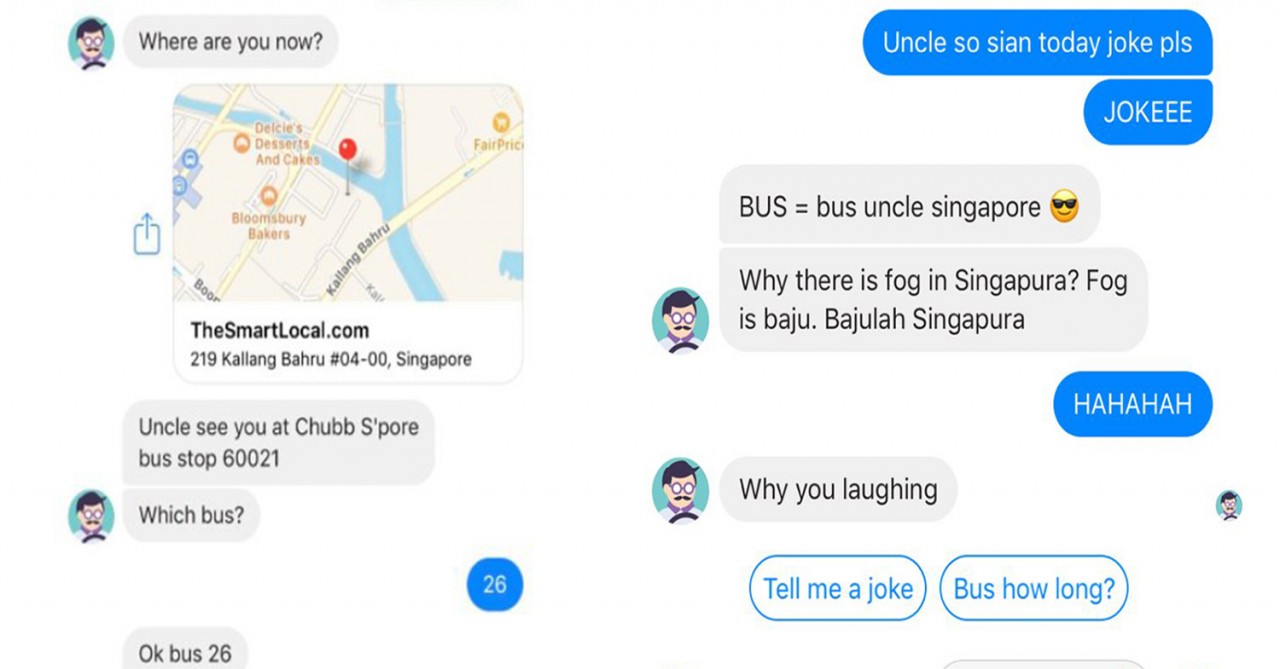 How many times have I loaded a bus timing app and spent more time trying to remember my bus stop number instead of getting to the stop in the quickest time possible? Countless.

Well, it seems as if someone felt the need to actually solve this everyday problem because we now have the Bus Uncle, a messenger bot on Facebook. All you have to do is look for him, type ‘bus how long’, and you’ll get an instant response – no lie. Half disbelievingly, I went on Messenger to try it out for myself, and I found it put the word fun in checking bus arrivals.

Whether you want to find out when your bus is coming or just want to relieve boredom, these aspects of Bus Uncle will show you why it’s time to move on from your old bus arrival app:

And have we mentioned he’s hilarious?

Here’s to technology making our daily transportation rides infinitely easier – and funnier. Who’d have thought that a bus arrival service could be more like a friend rather than just a mere downloaded app?

If you want something to perk up your mood or just want your bus deets, Bus Uncle is your man – or bot – for the job. The most awesome part? You won’t have to memorise those 5-digit bus stop numbers no more.

This post was brought to you by Bus Uncle.