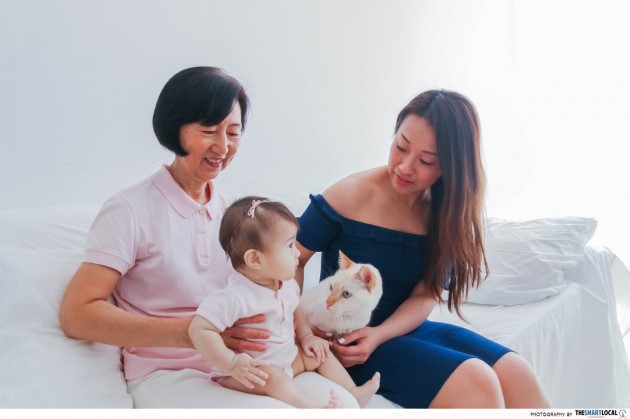 Mother’s Day is not just an excuse to take your mother out for a fancy dinner. For daughters like Bella Koh (@catslavery), founder of lifestyle journal and stylish vintage store Fleas and Trees, Mother’s Day brings back memories of simpler times when surprisingly, food was the main influence in their lives.

Bella’s mum, Eileen, believes in making things from scratch, having cooked for Bella since young, inspiring her love for Hakka food. As part of Bosch’s latest Mother’s Day campaign, we sat down with Bella and her mum for a chat on their passion for food, and their relationship.

A Conversation About Family Eileen: “I picked up cooking when I was a young girl. I used to watch the ah mahs (older servants) in my house cook.“

Bella: “She’s from quite a rich family- “

“Last time, we had servants to do the cooking and cleaning, so I just quietly watched them. From there, I picked it up. Then when I got married, my mum-in-law’s passion for cooking helped to fuel this love. She was Peranakan, so she really knew her way about the kitchen.”

“My grandmother is a fantastic cook. Phenomenal. Every Sunday, she would make the effort to whip up a feast for the whole family. My dad has 4 siblings, and all of them, including their kids, would gather at my grandmother’s place for a meal. There’d be fried prawns, curry, chap chye (stir-fried veg and glass noodles), ngoh hiang… We had a really fantastic childhood.”

A love for mum’s cooking 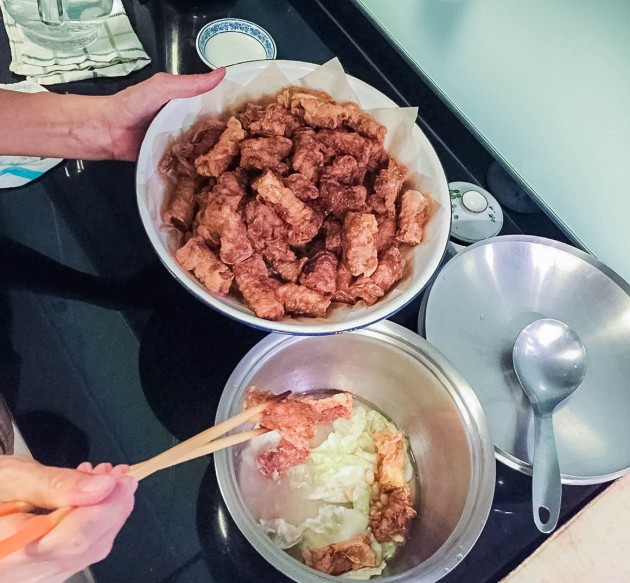 “I love practically EVERYTHING from my mum’s repertoire of dishes, and her Hakka yong tau foo is definitely at the top of my list. She makes it from scratch! But she’s very lazy now, and doesn’t cook as often as she used to.”

“It’s so much work okay! And I have to make everything myself. The yong tau foo from outside is so skimpy, with only that little bit of meat filling. Ours has a lot of meat, as well as chestnuts and mushrooms. More liao. “

“Yah, that’s why she doesn’t want to make it so often. It’s a lot of work. Even for the chilli; she blends it herself. I’d say she takes like, a week to prep for it or something (laughs).” “Hakka yong tau foo is more of a thing that she’ll prepare on special occasions, especially since it takes so much work. Perhaps like CNY, or when we really beg her to make it.

When we grow older, we don’t really have large family gatherings that often, especially since my grandmother is no longer around. You’ll start to feel a distance between you and your relatives, especially compared to how much time we used to spend together, in our younger days.

That’s why I think the whole idea of having family get-togethers and bonding over food is so important. It starts from there. That’s the core.“ On growing into who she is

“I guess a difference between Bella and I would be that, naturally, she had a younger mindset versus my older one. I wouldn’t really call her rebellious….

“Okay, maybe I was a bit of a rebel. I was like, really, really naughty when I was younger. She would come over and haunt me over at my school. (Laughs) Yes! For real! When I was in primary school, she would actually stand outside the school gates and watch me!”

“I was more protective, like I wasn’t the sort that would just let her anyhow be. She was so young what, and naturally, I’d be concerned about her.”

“Actually, now that I have a daughter of my own, I understand that feeling. Last time, I totally found it annoying. But when I became a mum myself, I was like, “Oh… Now I get it”.  As a mother, you just want to protect your daughter. It’s a very natural, simple thought.” I’ll definitely get my daughter into cooking. Actually, I think Alessandra’s already on her way there; sometimes when she’s watching me cook, she’ll grab at the veggies and toss them all over the place (laughs).”

If I could get my mum anything… “If I could get my mum anything in the world, no expenses spared… I would love to give her a SUPER nice kitchen. Something that she would enjoy cooking in, so hopefully, she will start making meals for us every Sunday again. I just want her to cook more often lah! (laughs)

With Mother’s Day just around the corner, we’ll be sitting down with a few mother-child pairs to talk about their relationships and influences growing up. Do you remember the comfort food your mum cooked for you growing up and want to return the favour?

How does surprising your mum with a home-made spread made by your own two hands sound? This Mother’s Day, share a special memory of your mum’s #homemade dishes to Bosch’s Facebook page and you could be 1 of 3 lucky winners to surprise your mum with your version of the dish for mother’s day!

We’ll get acclaimed chef, Chef John Sawarto, to guide you along as you prepare a meal for your mum, with everything documented in a video as a keepsake.

We’ll even do a photoshoot for you and your mom, and you’ll get a special gift from Bosch!

Terms and conditions apply. Participants and their mums must be available on 23 or 24 April 2016.

This post was brought to you by Bosch Home Appliances.

5 Reasons To Care About OBS's Coney Island Campus Even If You're No Longer A Student
Here's Why Peach Blossoms Is the Place To Be This Mother's Day to Wish Your...