Brunei cuisine shares many similarities with the neighbouring Malaysian states of Sabah and Sarawak, due to their shared heritage as part of Borneo. Brunei itself doesn’t have a distinct food identity, and many of the dishes served in Bandar Seri Begawan can also be found in Malaysia and Thailand.

Food in Bandar Seri Begawan can be found in small cafes, mid-range restaurants and fine dining establishments. There aren’t many roadside stalls, but most street food is safe to eat, though tap water should always be boiled before consumption. 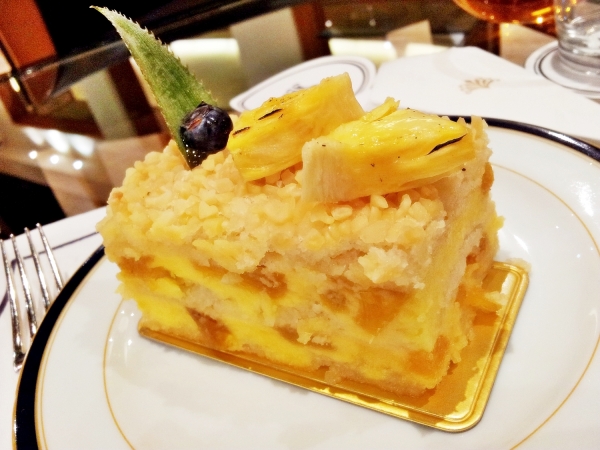 The Caramelised Pineapple Cake consists of pineapples, grown locally in Bandar Seri Begawan, layered between a vanilla sponge cake. I love the sweetness and sharpness of this tropical cake! 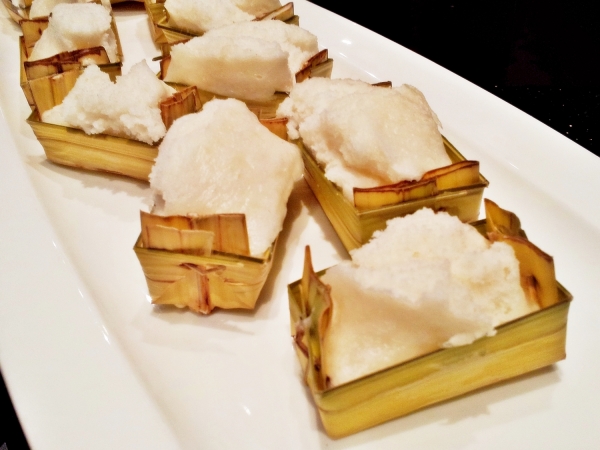 Katilapam is a traditional steamed savoury snack unique to Bandar Seri Begawan. Alternative versions in Brunei are often treated with food colouring to make it more attractive. This is a favourite among local labourers. I didn’t quite like it because it’s so filling, you can barely eat anything else! 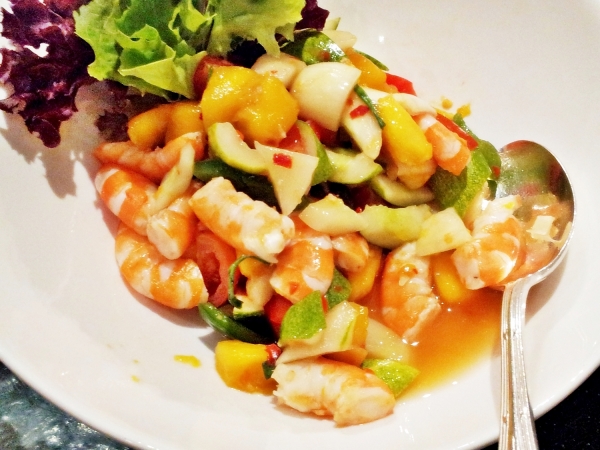 An example of the fusion of Western and Asian influences, Kerabu Udang And Mangga – or Shrimp And Mango Salad – is a fresh tropical salad often eaten as an appetizer. It’s made with de-shelled prawns, mango, cucumber, onions, lettuce and chili. Often, there is a simple sweet syrup that accompanies the dish. 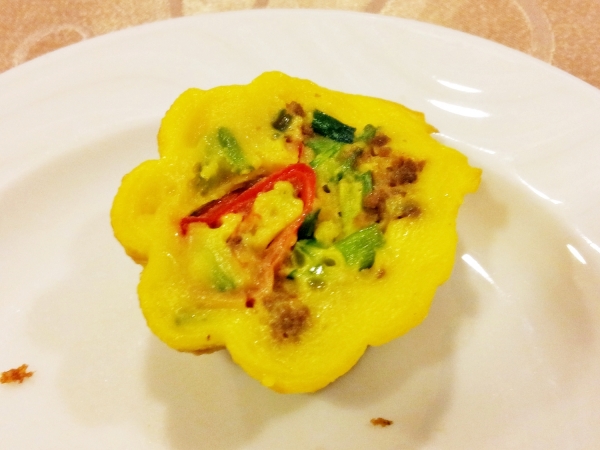 Kuih Calak Beef is a traditional Borneo Malay savoury pastry, consisting mainly of egg, coconut milk, minced beef, and haricot beans. Kuih Calak Beef is a popular snack eaten in Bandar Seri Begawan. It’s easily found in most street side stalls, and I like this for its savoury taste with a spicy kick! 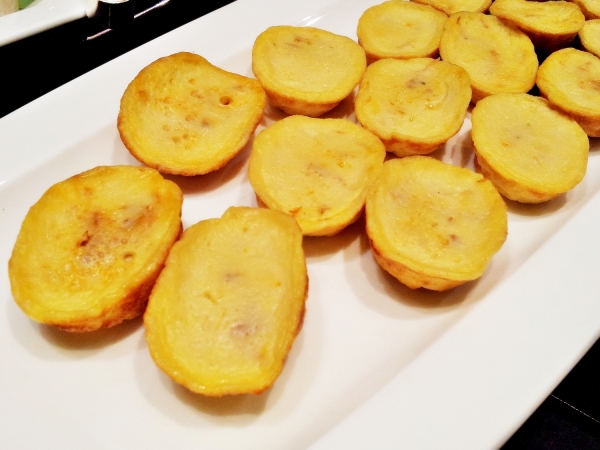 Kuih Cara Pusu is another traditional Borneo Malay savoury pastry, often eaten as a snack. It has a spongy texture. This is often made at home by locals, and rarely sold in the streets. 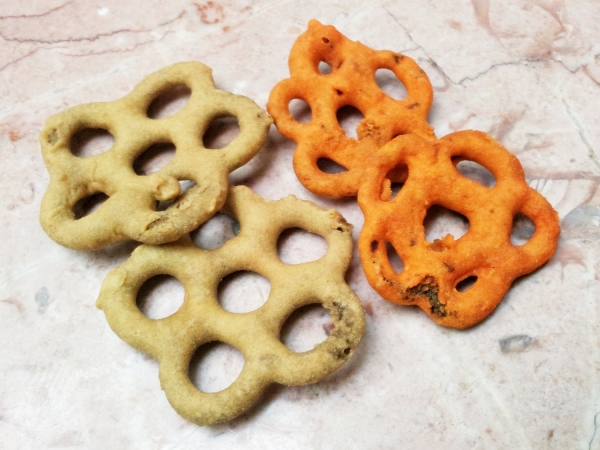 Kuih Cincin, which means Ring Cakes, is a deep-fried Brunei / Bandar Seri Begawan snack made with red palm extract. Easily the most popular snack here, and the tastiest – I couldn’t stop eating them. So good! 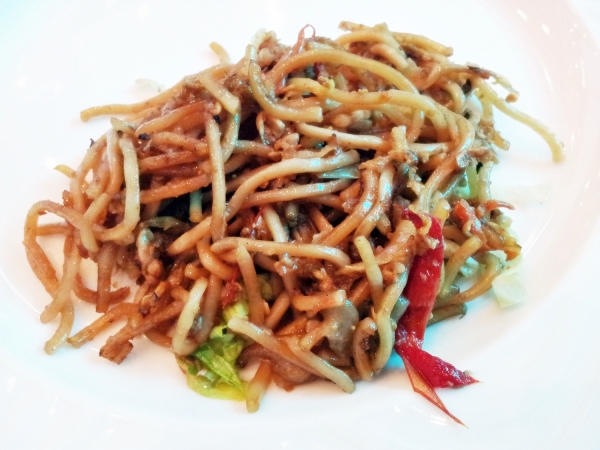 Brunei’s Mee Goreng is very different from ours in terms of ingredients. Additionally, the use of soy sauce is more liberal here, resulting in a more savoury dish, and there is typically less garnishing than the Malaysian and Singaporean versions. 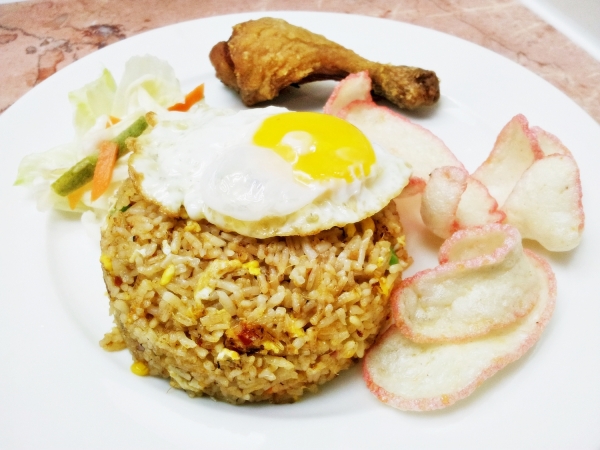 Nasi Goreng Istimewa, or Special Fried Rice, was probably the most common dish I ate here, and nearly every other street stall sells it! The taste varies greatly, because each stall uses their own family receipes. 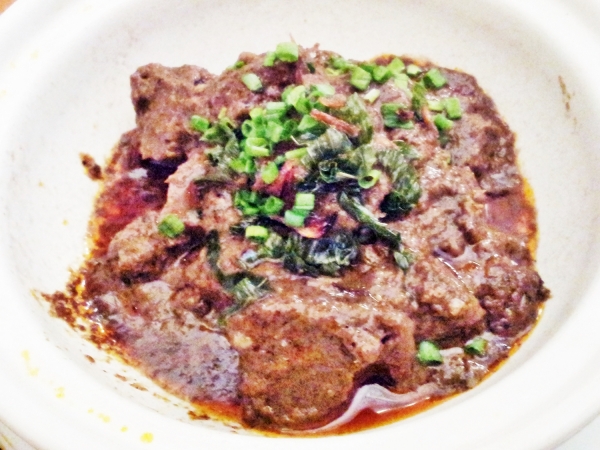 Rendang Beef Tok is a version of Rendang Beef, usually with a dry curry, and strongly spiced. It consists of beef cubes marinated in a mix of spices, and is traditionally served to the Royal Family. The resulting rendang is extremely tender, with a fragrant aroma. 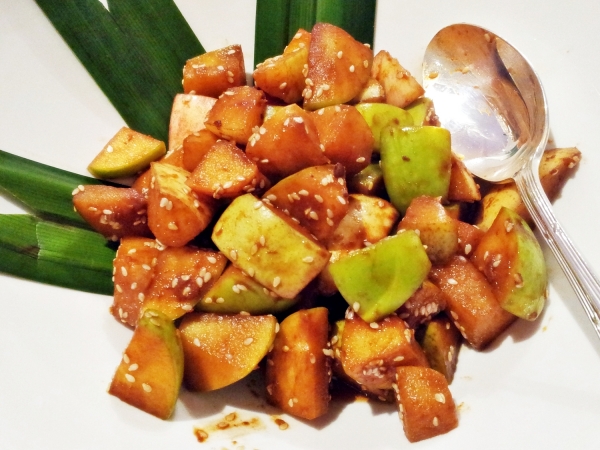 Rojak Buah is a spicy sweet dish of mixed fruits, such as apples, pineapple and guava, tossed in a sticky mixture of tamarind paste, oyster sauce, belacan dried shrimp paste, and various other seasonings. 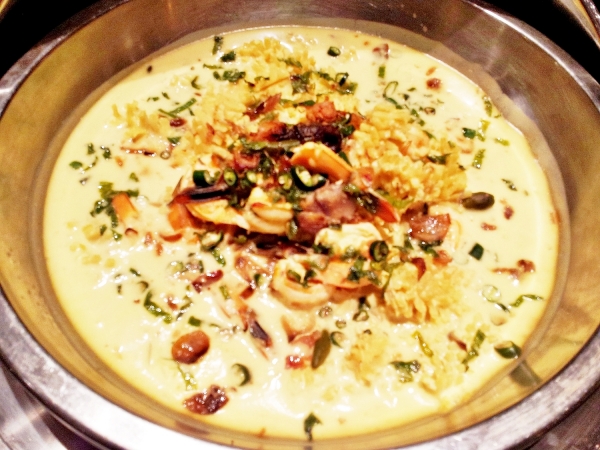 Seafood Masak Lemak is a curry dish of fresh squid and prawns, swimming in a rich gravy with belacan dried shrimp paste and coconut milk as the main ingredients. It is garnished with roasted ground peanuts. It looks creamy and harmless but this dish was quite spicy! My mouth was on fire after a few mouthfuls! 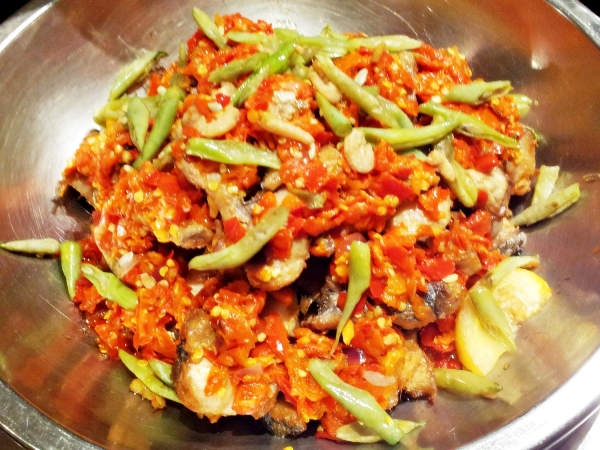 Ikan Tenggiri Balado, or mackerel balado, is a spicy savoury fish dish. The fresh mackerel is stir fried with onions, garlic, kaffir lime leaves, and other herbs. The dish is usually presented with string beans and chili covering the fish, and is quite spicy.

When holidaying in Brunei – or any country for that matter – a big part of the adventure is getting to experience the delectable local cuisine on offer. While many of the ingredients will be familiar to Singaporeans, it’s exciting to see a whole new take on them.

Although Bandar Seri Begawan arguably doesn’t have many “uniquely Bruneian” dishes, it does boast an impressive variety of mouthwatering local delicacies! Have you tried any of these?