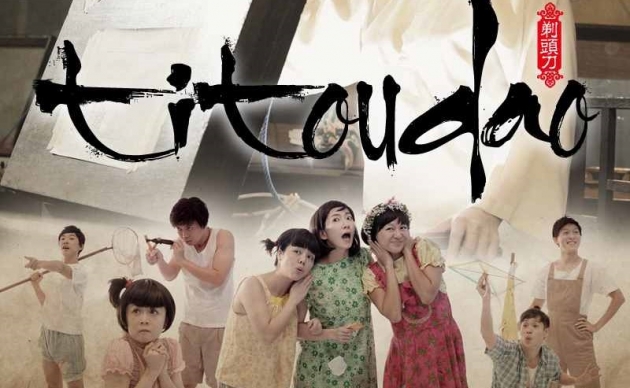 Titoudao, is a local play set in a wayang style of art about a righteous servant, namely Titoudao. He serves his master, Tee Boon Long, and the story revolves about the Tee family and how the dutiful servant accompanies his master on a search for a Degree in the Imperial examinations. They have adventures along the way and overall, it is a heartwarming, jolly story.

It is written by Chief Artistic Director of Toy Factory Productions Ltd, Goh Boon Teck. The main character is also based on the life of Madam Oon Ah Chiang, his mother, who is then played by Audrey Luo.

I spoke to Audrey about her characters Titoudao and Madam Oon, her love for acting, and her next dream role on stage.

“It is a play within a play about Ah Chiam playing Titoudao. So it’s fun interweaving between the reality and going into Opera. It’s about the relationship about Ah Chiam with her wayang colleagues and the progression of her life since she was 5 all the way to 61.

You’ll see different episodes of her life with her whole family, her marriage, and when she had kids. By the end of the story she will end up as a 61-year-old lady.”

2. Before Audrey, Pam Oei played the role of Ah Chiam/Titoudao.

“There are people who go, “It’s such big shoes to fill in.” And I go, okay, I know, it’s Pam Oei. Because back then when I watched it, she blew me away. Like oh my God, Pam Oei! The wayang stage was so amazing, all the actors were so good and she did Ah Chiam so well. Boon Teck wrote a very good character and since the previous stagings, this makes me the fourth Titoudao.

There are people who are bound to compare. From the bottom of my heart, I feel what Ah Chiam is all about and I’ll just give it my all. So if I do that, and enjoy myself fully on stage, I’ll have no regrets and I’ve done my part as an actor serving this play.”

3. Ah Chiam makes her first real appearance in 5 years since the play’s staging.

“It’s supposed to be a surprise! We call Ah Chiam “Small Apple”; that’s her nickname. It’s very cute. She wants us to address her as xiao ping guo. She blurted out about her live appearance during the press conference much to the dismay of Boon Teck. We will not tell you still when she will appear but it’ll be an attune moment when she does appear.”

4. Audrey sees herself in her character Ah Chiam – even in height.

“It’s a dream role. I noticed she’s petite and I don’t think I’m very tall. Physicality is important when casting so the whole cast is of different shapes and sizes. So because of my height, I guess I can have a go at this role. Certain words and the fabulous dialogue, words that come out of Ah Chiam and Titoudao are things that I say in everyday life.

Like Ah Chiam’s passion for the stage, acting is, to me, an addiction. Like one of her lines, “I tell you ah, acting ah, is the happiest thing for me.” This is what I will say. The very cheeky and fun nature of Titoudao being agile, gung ho and garang is also Audrey Luo in real life. I like to clown around, I like to make people laugh. So I do see bits of me in her and I am very happy to play her.”

5. That said, there is a little bit of Madam Oon Ah Chiam in all of us too.

“Ah Chiam has 3 brothers, 9 sisters, her ah bu and her ah pa. So that’s how she grew up – in a big kampung family. Her mother died young and she still misses her mother very much until today. So there are a lot of things that deals with kinship and it’s a very heartwarming story.

At the end of the day, this woman afterall is just a simple human being who has a passion for acting. So it’ll remind you, have you found a passion in your life? Are you still pursuing it? But as a fellow human being, how are you relating to your family issues – are you still in contact with them? Are you still close? It’s a fuzzy, cosy feeling I get watching Titoudao.

It’s just so close to everybody’s heart and I think everyone will find a piece of Ah Chiam in them.” 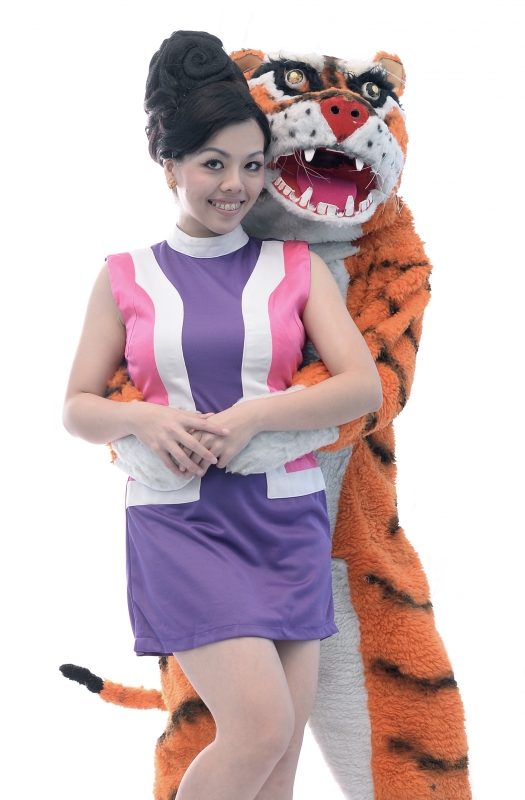 6. Titoudao is the first play Audrey stars in under Boon Teck’s direction.

“This is the fourth year that we are collaborating together since 2011 so we can connect. I think it’s important for the actor and director to have good communication. I like his artistic views and he’s such a visual director. He sees big pictures and paints the stage really well. He’s always so passionate about what he does and that is exciting because working with him is just like realizing dreams for him.

He is a man with goals, ambition, and when he wants to stage something, he just wants to do something good. I like it because this is what we call making art.”

7. The current Titoudao cast is the youngest ever casting in all its years of production.

“If I remember correctly, the cast of 2007 were all in their mid-30s compared to the cast right now with the oldest cast in their early 30s, stretching down to the 20s. And in this version, we have a lot more movement. We’re not exactly allowed to watch the 2007 version for inspiration because Boon Teck doesn’t want us to be influenced by what they do.

Age makes a difference because of the young energy. When we did the first act for the first time, we were soooo tired. And after all that energy spent, we still had Act 2. Boon Teck did say he loves young energy.”

8. According to Audrey, the new cast for Titoudao is CRAZY.

“The scene is so small so we have worked with one another before in previous shows. So before this, we’re all already friends. When we come in we’re all just excited to whack the different characters that we’re doing. We have a great time; we’re spontaneous, energetic – it’s crazy. So it’s very fun to bounce off one another. It’s amazing. We’re all happy.”

“For this role, one needs a lot of stamina. It’s physically demanding so I do warm-ups to wake up my body’s muscles if not I’ll cramp up on stage and just die. Every morning, I run two rounds around the Drama Centre building. And some voice warm-ups too because we’re doing Opera and one needs good resonance. I have a spear sequence and I practise it everyday.

One day while swinging it around I got a cut [points to her upper lip]. This was my homework since last September. For this role, I think warm-ups are really important because if you don’t, you may just come off as cold and hard and rigid onstage.”

10. Audrey’s next dream role is to play Fanyi in Chinese Classic, Thunderstorm.

“She’s such a rich character. She’s so conflicted and there’s so much going on. She’s a young mistress of the family and her husband is older than her by 40-odd years. She had a son at the age of 18 and she’s in a very miserable marriage. She fell in love with the son of the first wife as by then the two characters have a close age gap.

She wants love, passion, and to live a life and be the woman she wants to be. Yet the circumstances she finds herself in doesn’t allow her to be like that. For that play, it’s a lot to inform the society about. Somehow I like doing characters with many layers for me to dig into.”

Wayang Is Not Dead

“It’s sad. How does one really relate? Yet it’s here to remind people that there’s this dying art that we hope young people will still support it so that it can still continue. Then again, maybe there are young people out there who want to but maybe they don’t have the chance to watch it anymore?

The number of performances in Singapore is decreasing so badly until it’s so bad to remember if it still exists. People make it hardly known and now they just hold wayang performances at temples for free which again, no one knows about. In China, it’s a culture but it’s not as strong as Singapore.”

Catch Audrey as Titoudao at the Drama Centre Theatre on 5-14 March 2015. Tickets are available at SISTIC and start from $49. 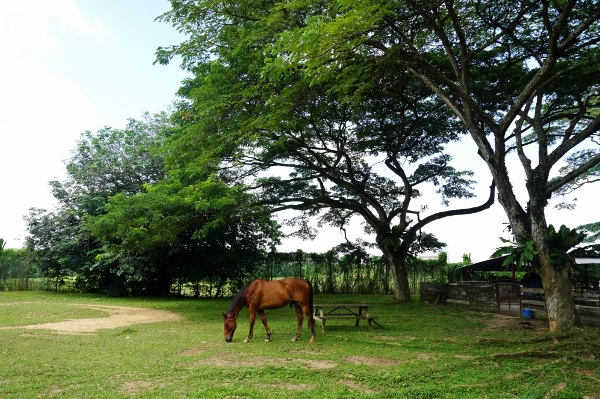