About Exhibit and Curated Editions

Held annually in a tent on the ever-so-fashionable Orchard Road, the Audi Fashion Festival is largely recognised as one of the top fashion weeks in the world and is considered the biggest fashion event on the local calendar.

The great thing about AFF is how they present shows of big name fashion powerhouses like Oscar de la Renta alongside extremely talented local designers. Of the local designers who got to show at this years’ edition was Yoyo Cao and Angie Chia of Exhibit and Angie Lai-Tay of Curated Editions. 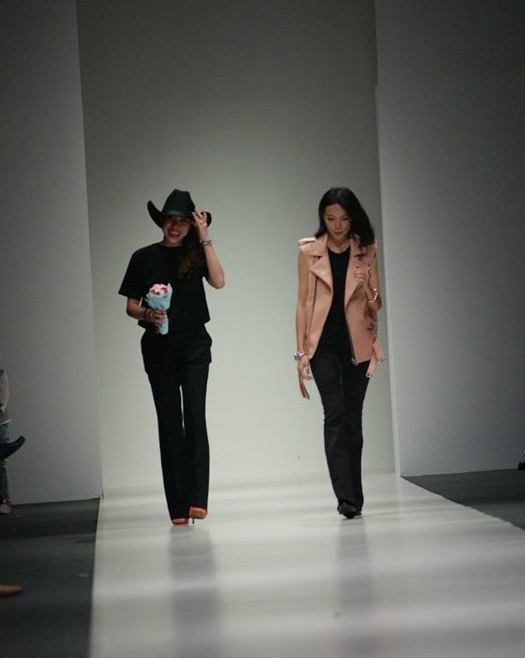 Exhibit is a home grown multi-label store that began in 2010 and this year’s AFF saw the style mavens behind this label launch their first ever apparel collection alongside Curated Editions first line of accessories.

Both collections were inspired by the classic flavours of Haagen Dazs- Belgian Chocolate, Strawberry, Green Tea, Macadamia Nut and Vanilla.

The focus of the Exhibit collection was luxe minimalism and this was definitely seen in the clean lines of the looks perfectly balanced with richer textures like leather. 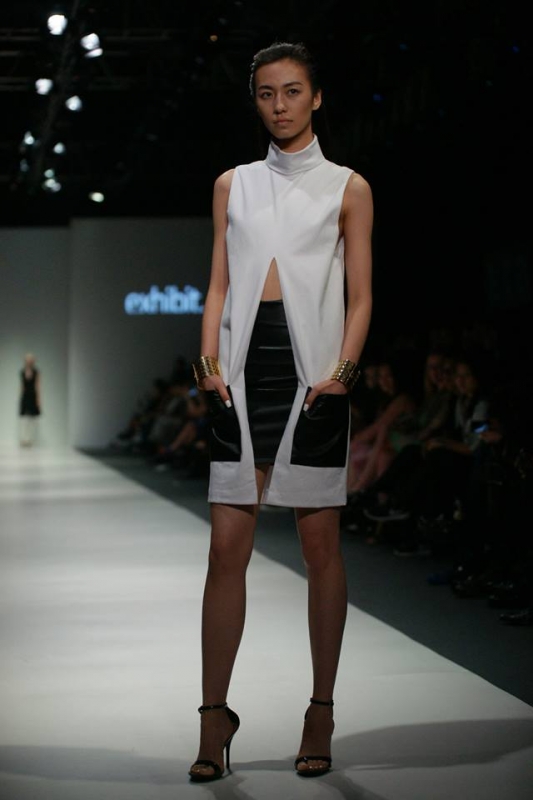 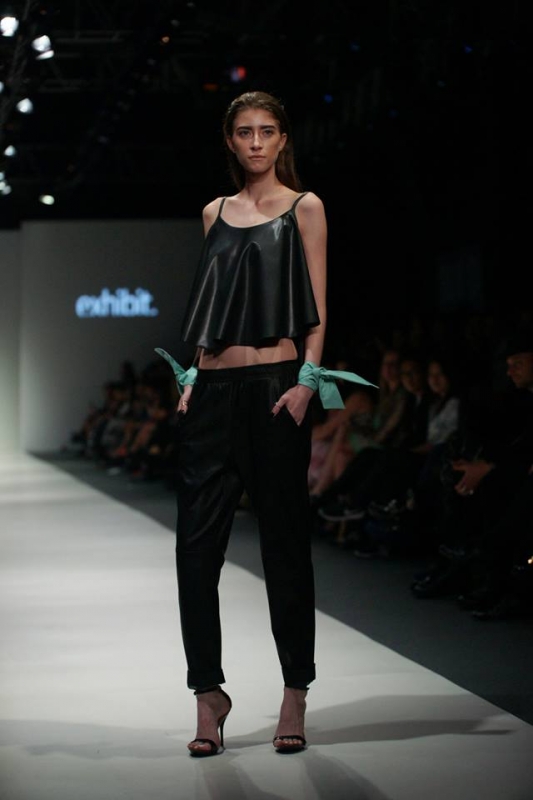 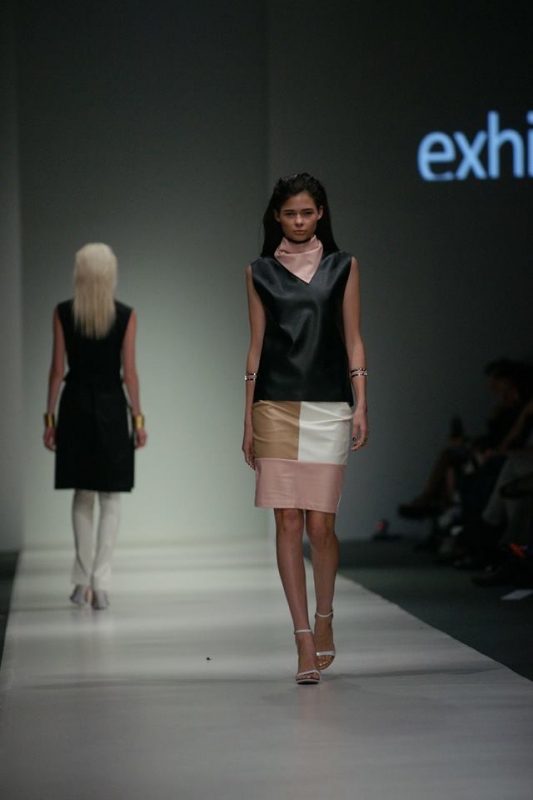 Most of the looks were rather boxy and there was plenty of edge to them as seen in the exposed zippers, buckles and moto jacket lapels. However, these were off set by feminine accents like bell sleeves and ribbon bracelets. 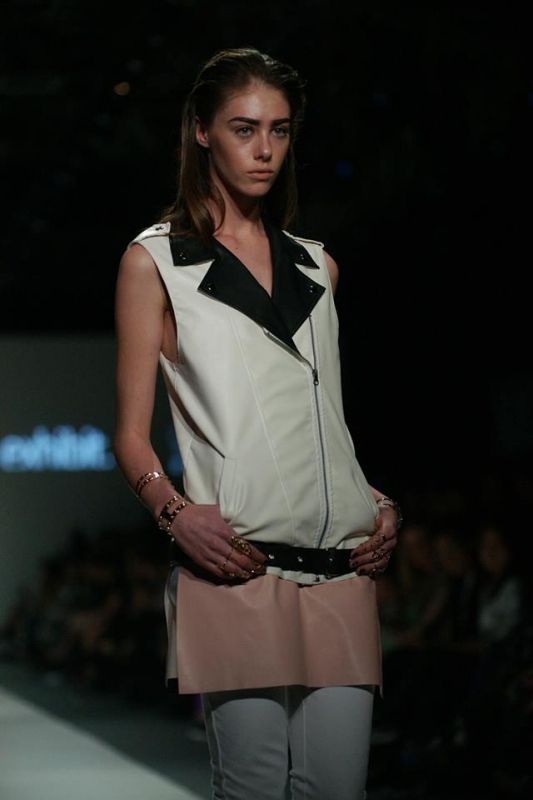 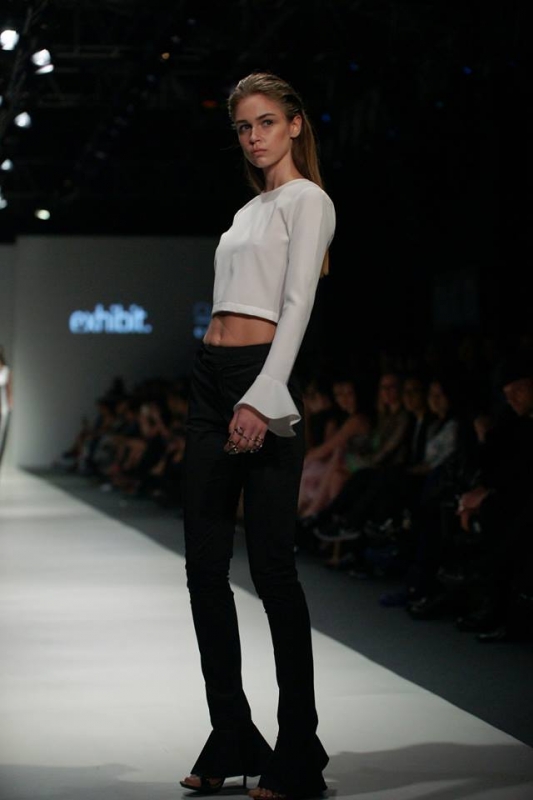 The accessories by Curated Editions complemented the outfits perfectly. They were mostly geometric and very chunky which added to the edginess of the entire look. One of my personal favourites was the geometric tiara atop the head of the final model who wore a beautiful pink maxi dress. 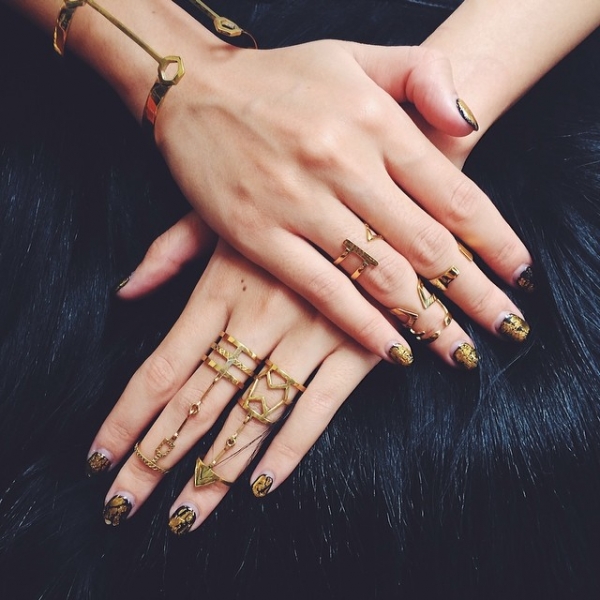 Exhibit and Curated Editions were indeed a match made in heaven because both are very new to the fashion scene in Singapore, with this being each of their first collections. Furthermore, pairing up with Haagen Dazs really did pay off. Where better to draw inspiration from than a premium ice cream brand that prides itself on superior craftsmanship?

This year’s Audi Fashion Festival has once again proven to be an incredible avenue to bring fashion to the streets of Singapore. I don’t know about you but I’m already looking forward to next year’s event to see what up and coming local designers will be featured.