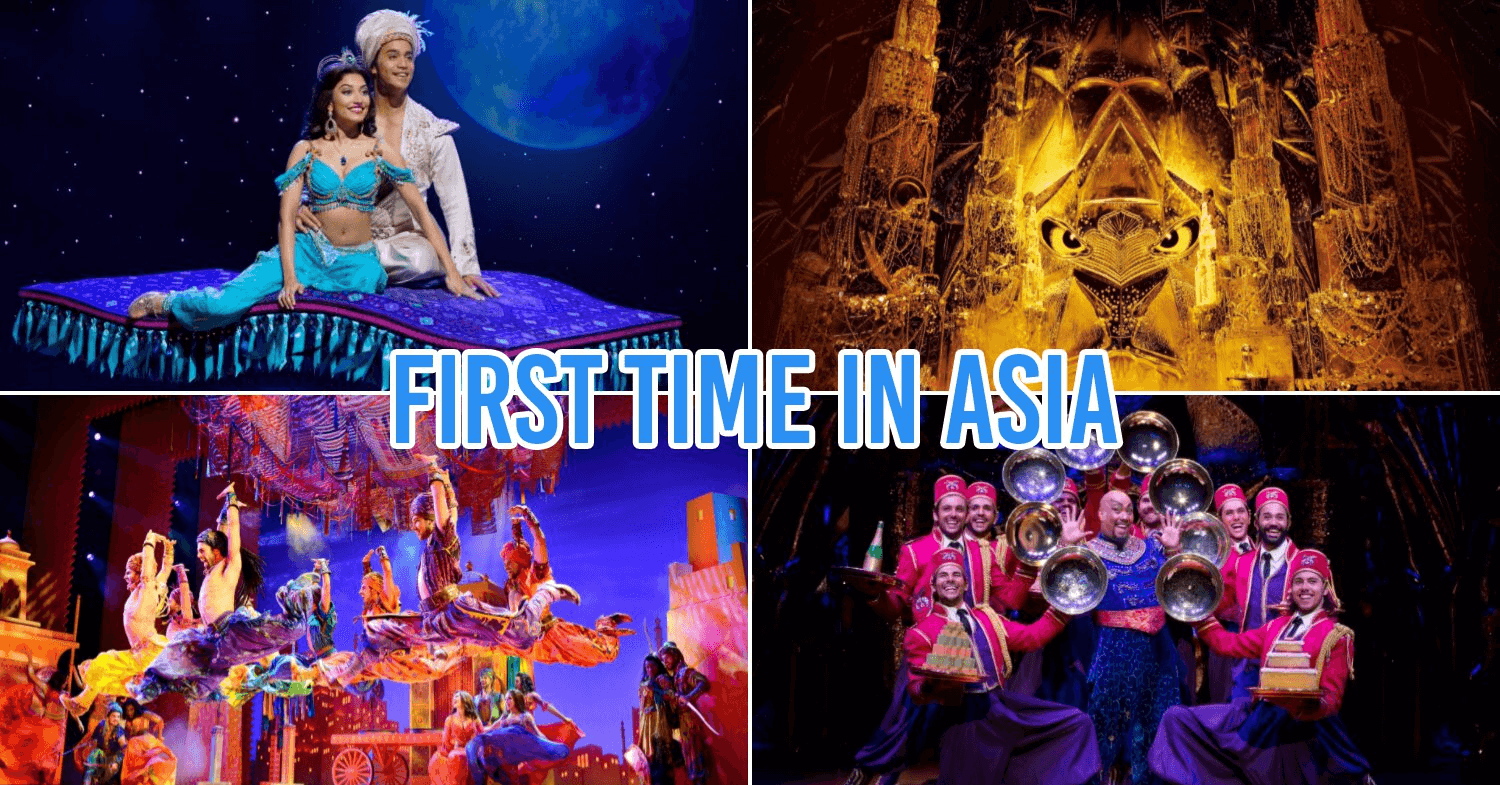 Disney’s Aladdin was a mainstay of my childhood, but it’s in 2019 that I can safely say all my wishes have been granted. From the live-action remake hitting cinemas to Aladdin The Musical on the Singapore stage, every moment has been red-letter for fans like me this year.

But if I might just be greedy and have one more wish? Discounted musical tickets, please.

And it looks like Genie has been working OT to grant this to us budget-conscious folks, as there is now a $72 ticket deal for a limited time window of 72 hours from 15th – 18th August 2019. Just in time before this hit Broadway show closes at the start of September.

Here my friends, is what’s in store should you finally decide to hop on this magical ride:

(And yeah, you ain’t never had a friend like me)

Aladdin The Musical – A soaring, visual spectacle with boundless energy 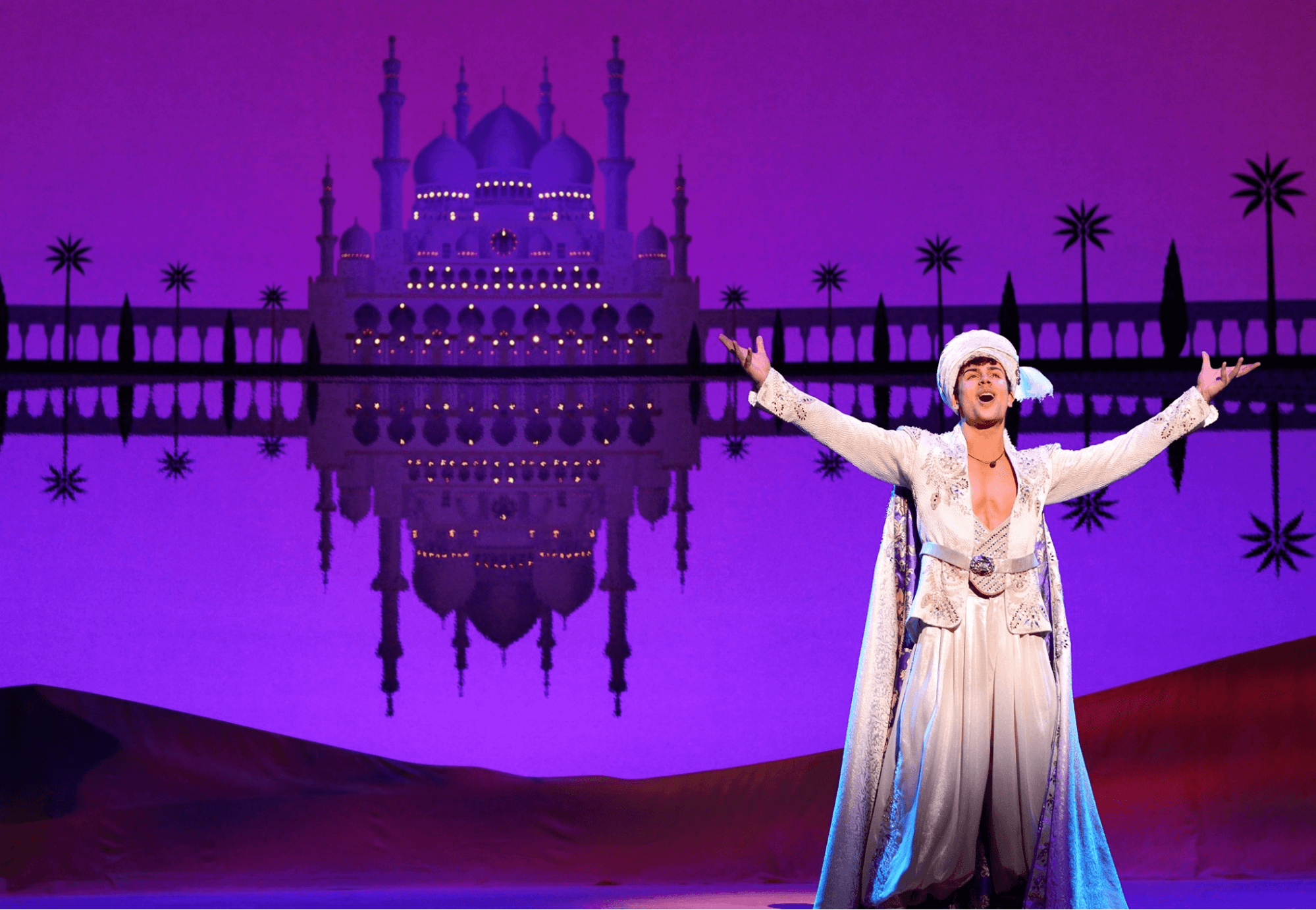 Just like how our favourite street rat Aladdin bounds from building to building non-stop along the streets of Agrabah, Aladdin The Musical is a fast-paced affair that leaves you exhilarated by its high-energy rhythm.

You won’t be able to look away from the stage as Agrabah is brought to life with vivid set pieces and sparkling costumes – yes, 500,000 Swarovski crystals were used across the production, so that’s not an overstatement. From the colourful marketplace to the gilded insides of the Cave of Wonders, every scene made a bold statement. To their credit, the actors managed to carry the larger-than-life feel of the production with solid and nuanced performances. Star-crossed couple Aladdin and Jasmine looked as if they popped right out of a storybook with oodles of wholesome Disney vibes, and dare we say it – brought “A Whole New World” to a whole new level with soaring pipes and a magic carpet that seemed to defy all the laws of physics. Gareth Jacobs as Genie delivered the sass in spades as he dished out one-liners that left the audience roaring in laughter – and that’s from a normally reserved SG crowd, mind you. P.S. “Friend Like Me” brought the zaniness up with a full-on Disney medley, magic acts and even pyrotechnics. Image credit: Disney’s Aladdin The Hit Broadway Musical

And lest there be accusations of Disney’s villains being one-note, flat characters, we’re pleased to announce that this musical’s antagonist Jafar has joined the ranks of endearing villains in pop culture *cough, Loki and Killmonger” and made the dark side a seductive option – evil cackle and parrot Iago included.

Let’s not forget the music – an instrumental part of the Aladdin experience. The lush orchestral score by Tony Award and Oscar-winning Alan Menken did not disappoint and left us tempted to bop our heads to every other song number or so. We’re looking at you, “Prince Ali”.

Seeing how Aladdin The Musical has already had an audience of over 50,000 people in a single stop in Asia here, even non-theatre buffs can be reassured it’ll still be a fun ride.

After all, the catchy tunes and breezy tone of the show left me grinning from ear to ear, and to see this childhood fable IRL? Now, that truly is some magic.

Note: Discounted tickets are available for all performances from 15th Aug – 1st Sep 2019. Limited to selected categories and availability of tickets. Promotion will end at 12PM, 18th August, or when ticket allocation becomes unavailable*.

*Promoter reserves the right to change the Terms and Conditions of this promotion at any time.

Book your tickets for Aladdin The Musical here

This post was brought to you by BASE Entertainment Asia. 11 Vegan & Vegetarian Restaurants In Singapore That Are Suitable For Date Night
How To Save Money In Singapore When Adulting - Including Electricity Bills, Phone Plans &... 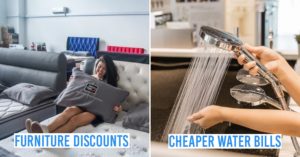