Over the last week, Singaporeans have been consumed by the endless chatter of Budget 2014. We try to make sense of the changes, but due to the magnitude of information to process, it at times becomes just all too overwhelming to digest.

What people want to know most about the Budget 2014 is how it will end up affecting them. So we’ve decided to put together a list of 5 must know Budget 2014 changes for Singaporeans.

As you may have seen in our recap of Budget 2014, the employer CPF contribute rate will be increased by 1 percentage point for all workers, into the Medisave Account. This is great news for most of us who are employees because it’s the employers who are bearing the cost of this change. But you’re also probably thinking that 1% is not a lot. Well, we would like to show you different. 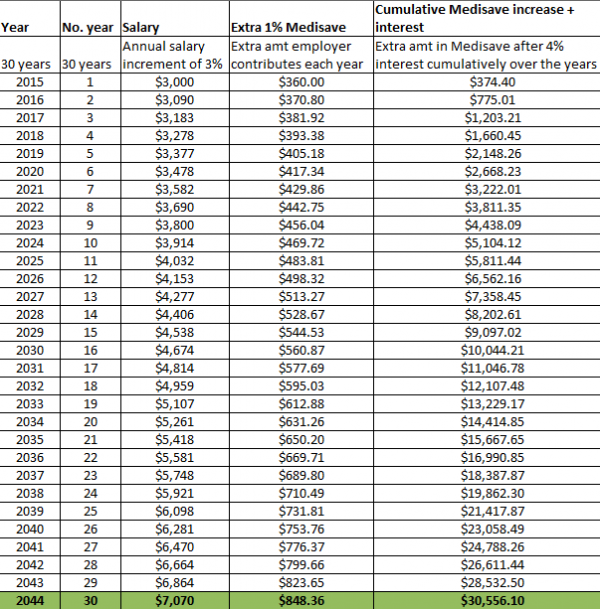 The 1% point increase brings the overall CPF rate to 37%. Union leaders led by NTUC Secretary-General Lim Swee Say have been championing this CPF contribution rate initiative for a while now. While some observers may think the leaders would be glad to see some changes, those in the know will feel that it’s not enough.

Older workers would remember taking a cut of 10% back in 1999 to help companies cut cost to save jobs during the Asian Financial Crisis, we have yet to see our CPF restored to pre-1999 level of 40%.

2. CPF Change: Your parents gain is your gain

While the 1% percentage increase applies to all workers, older Singaporean workers get it even better. The biggest winners are those in the age group 50-55 who will receive increased contribution rates of up to 2.5% – +2% from the employer and 0.5% from the employee.

What does this mean if you’re a young working adult who would one day have to support your parents? Well, it means the financial strain is a lot less now and you can have a peace of mind of knowing that your parent’s increased Medisave may one day come in handy in offsetting those hefty medical bills. In a nutshell, Singaporean workers in their 50s and 60s directly benefit from this (for e.g in heathcare and housing loans) and those with elderly parents now have less financial strain on them.

The Lifelong Learning Endowment Fund is a programme that allows companies to claim funds through an Absentee Payroll while employees are attending any WDA-Accredited training. Another 500 million has just been pumped into it in Budget 2014 bringing the total fund size to $4.6 billion.

Companies now have more incentive to send employees to upgrade their skills, leading to more productive employees. While Labour MP ASG Patrick Tay has called for PMEs to be second skilled to better weather any financial storms, a survey last year showed that fewer PMEs attended structured training programs in 2012 compared with 2010.   Hopefully with this enhanced endowment fund, more PMEs can go for second skilling.

For the rank and file workers, this is great news for employees because with the new Progressive Wage Model, companies have to pay employees with better skills higher wages according to a wage ladder. So companies should be happy to send employees for training to attain a more productive workforce and employees will benefit from the increased salaries the PWM demands too.

4. Companies rejoice – Continue to get your cashback support for productivity increases

Productivity is highly regarded as its one of the only ways that leads to true sustainable wage increases. Simply put, employees have to become more productive and add more value to the company if they wish to be paid more. With the introduction of the PIC+, the government continues to encourage this attitude towards productivity among companies, and hope they pass it down to their employees.

NTUC launched an “Inclusive Growth Programme (IGP) in 2010 to co-fund investments to improve productivity, companies then share the gains of these productivity improvements with workers by paying them higher wages.

So the question is – are these companies valuing the increased productivity and sharing their gains with their employees? After a post-Budget dialogue with some 200 union leaders, NTUC’s Secretary-General Lim Swee Say said only a third of the union leaders felt the companies they work for valued productivity. This is definitely food for thought and it also brings to mind what was said about the need to transform our economy by changing our social norms and attitudes.

5. What the working population can expect – Transforming our economy through change

Although there isn’t any policy in Budget 2014 that directly addresses this point, it’s the first time I’ve seen such a statement being made that raises awareness for our current plight of workplace culture and habits. It was stated that we need a workplace culture where employees are engaged and empowered, with Singaporeans seeking excellence in every vocation.

Is this too much of an idealistic goal to strive towards? I think not. Having studied and worked overseas I can say the pride and in Western countries is vastly different from that in Singapore. Across the board workers take way more pride in their jobs and these attitudes do result in increased productivity. I am glad the acknowledgement of this situation in Singapore has been made but ultimately such a change may be hard since our social norms and behaviours are so deeply and culturally rooted in our society.

What’s going to happen next? Will government companies be given directives and start setting examples by implementing policies that encourage these behaviours in our work places? If so it’s going to be interesting to see how these changes impact the working population.

Related Article: A Full Summary of the Budget 2014.